A lot changed about the way we eat — and the way we think about food — in 2018. We lost Anthony Bourdain, a man who opened people’s eyes to other cultures and changed the way we think about how food and culture interact. Samin Nosrat, the author of Salt, Fat, Acid, Heat and host of a show of the same name, taught everyone with a Netflix account a new way to think about cooking around the world. There was more authenticity in restaurants, and some places the media had written off for dead were revived. Sustainability efforts became impossible to ignore.

2018 was a big year. These are some of the most important ways how we eat changed.

Reverberations from the #MeToo echoed. 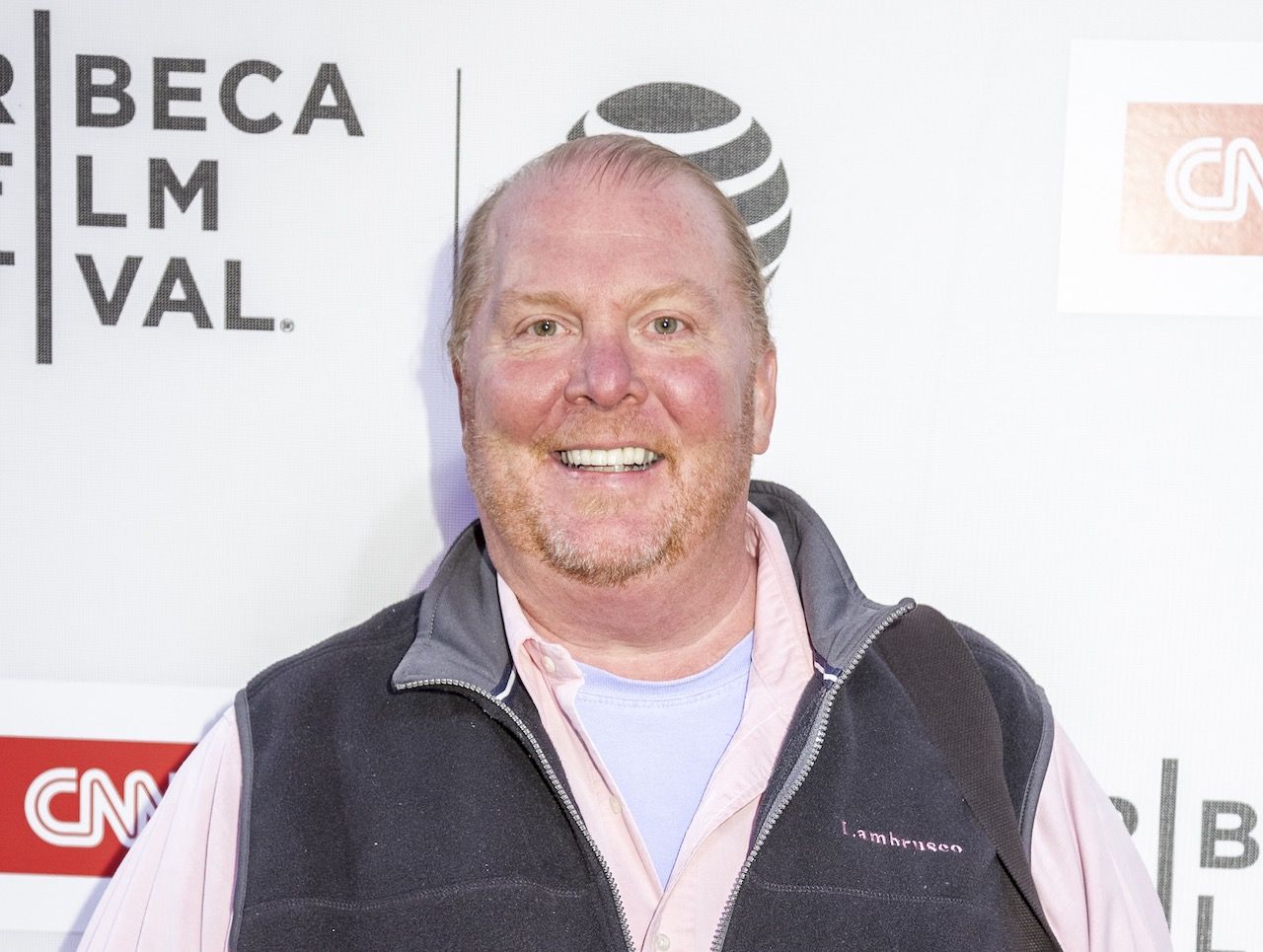 In 2017, two weeks after sexual harassment allegations against Harvey Weinstein, the restaurant industry had its first big #MeToo moment. Twenty-five female employees accused John Besh, TV chef and owner of a restaurant group that had 17 locations at the time, of fondling workers and attempting to coerce them into having sex. This year, as more and more allegations against stars in the restaurant industry came forward, the industry tried to correct itself and struggled with what to do with the accuseds’ locations.

Despite taking temporary leaves or no longer serving as the face of the company, some men continue to profit from their restaurants. Mario Batali, arguably the most public accusation in the industry, is still earning money from his restaurants. Besh is still a partner in the restaurant group he started, now renamed BRG Hospitality. A few, like Charleston’s prominent food personality Randall Goldman, resigned and lost positions as regional spokesmen for the industry.

Thousands of people are employed by the accused men. Shutting down their businesses means some of the people who were victimized will lose jobs, while keeping the restaurants open sends a message to the women who were harassed that these men can, in a way, get away with it.

The accusations have allowed more open conversation in restaurants. There’s a lot of work left to do, but steps are being taken to right a notoriously toxic industry. The new CEO of Besh’s restaurant group, Shannon White, opened an anonymous tip line, and there’s a more open dialogue surrounding issues the industry faces. There will be more reckoning in 2019 as people slowly attempt to right the wrongs that working in hospitality is known for.

The war on straws started, as did the push for sustainability in food. 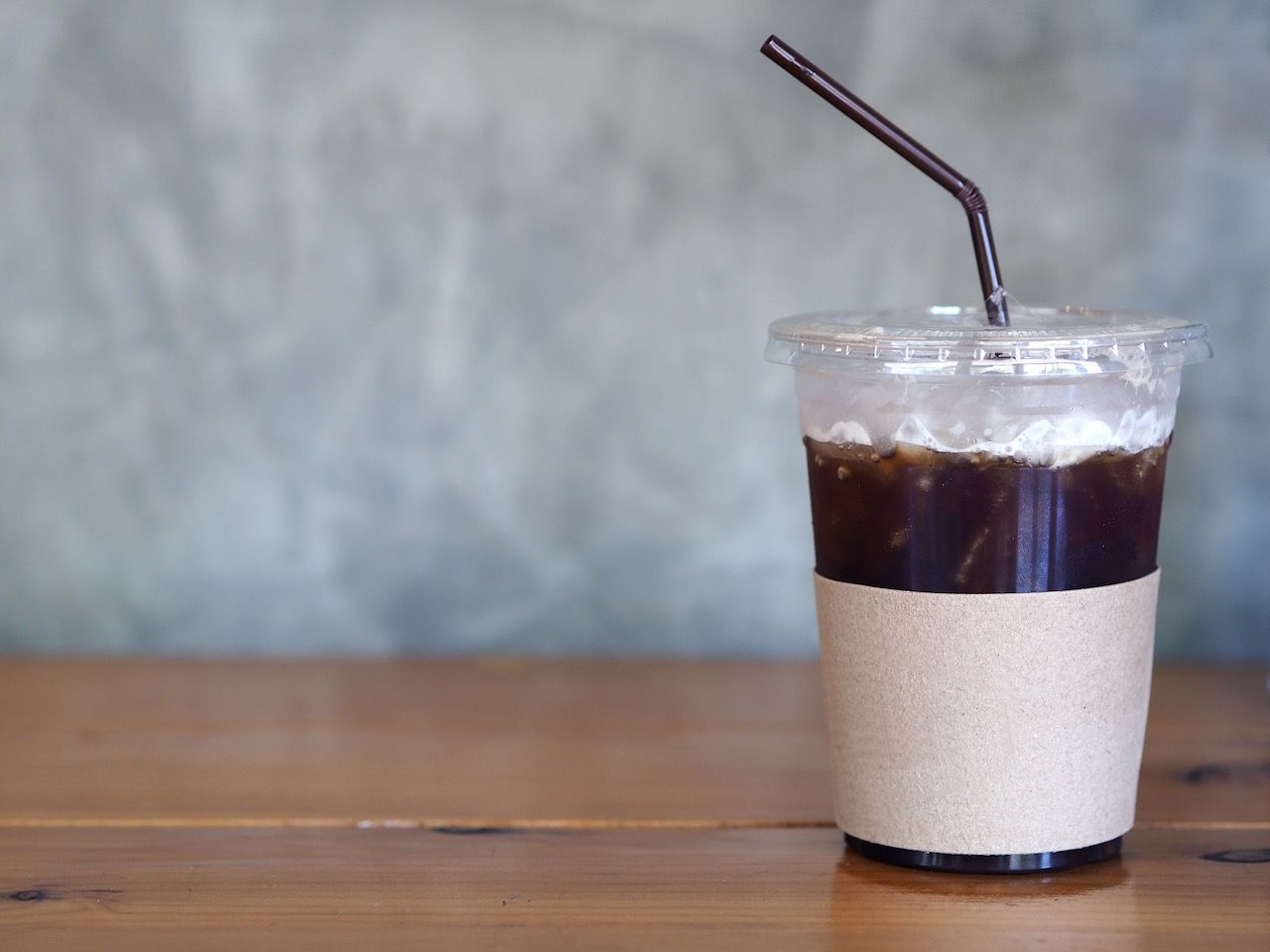 On January 12, 2018, the Surfrider Foundation announced that it was “the year we say goodbye to straws.” Who would have guessed how right the Surfrider Foundation would be. Seattle banned plastic straws in July, California passed a law to ban full-service restaurants from automatically handing out plastic straws, Portland threatened straw restaurants with a $500 fine, and the European Union agreed to reduce single-use plastics by 2021. That’s not to mention the many restaurants that announced a straw stoppage, including Shake Shack and Starbucks.

Using plastic straws with abandon is far from the worst crime a polluter can do, and banning straws won’t make all that big of a difference in the overall scheme of things. There are also several problems associated with such a ban. For one thing, there’s the very real issue of people with disabilities who need straws (although thought-out straw bans allow restaurants to have them on hand for people who need them). Straws are also a very small percentage of the overall amount of plastic filling up our landfills and creating trash piles in our oceans.

It wasn’t all for naught, however. 2018’s straw fury was a harbinger for what’s to come on the sustainability front in the food world — and hopefully the beginning of the end for single-use plastic.

CBD opened the door for cannabis in food. 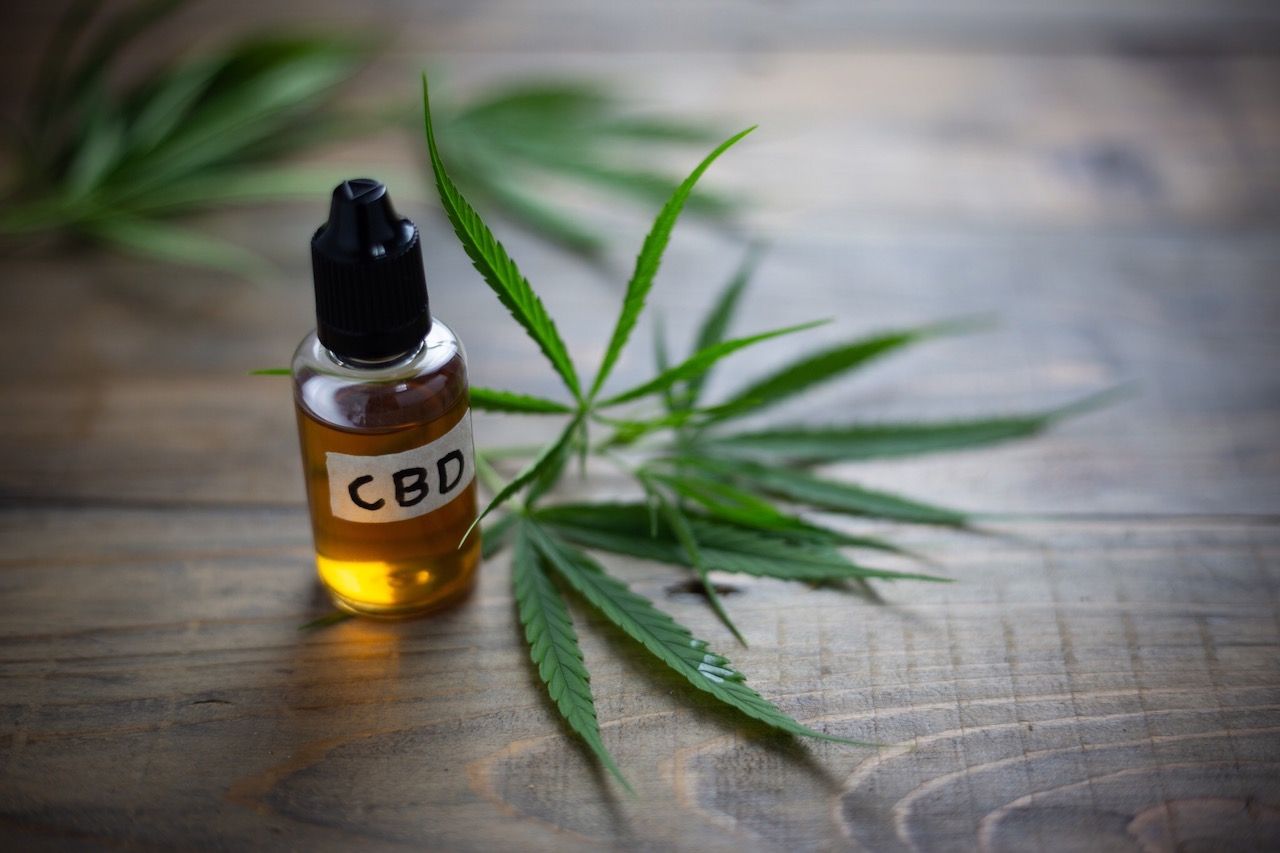 Cannabidiol, or CBD, is the compound in cannabis that doesn’t get you high. It also peaked in 2018. Thanks to its semi-legal status (it’s classified as a Schedule I drug like heroin, but it’s rarely prosecuted and can be produced from legal hemp plants), it became present everywhere — including coffee shops, bars, and restaurants. It was added to tea and coffee, and CBD tinctures or little CBD gummy bears were put in cocktails at top bars in New York and California (for a significant upcharge, of course).

Then came the backlash. California banned bars from serving CBD, and it looks like the church and state separation for bars and restaurants in 2019 will be alcohol and cannabis products. While the trend built up over a couple of years and the hype reached a new level in 2018, the real impact it will have is how it’s setting things up for the future. More and more states are legalizing cannabis — all cannabis, not just CBD — and they’re having to deal with how to regulate it and where it can be consumed. Some things to look out for include more businesses like West Hollywood’s incoming cannabis cafes.

Food “museums” and pop-ups showed us how we really feel about food. 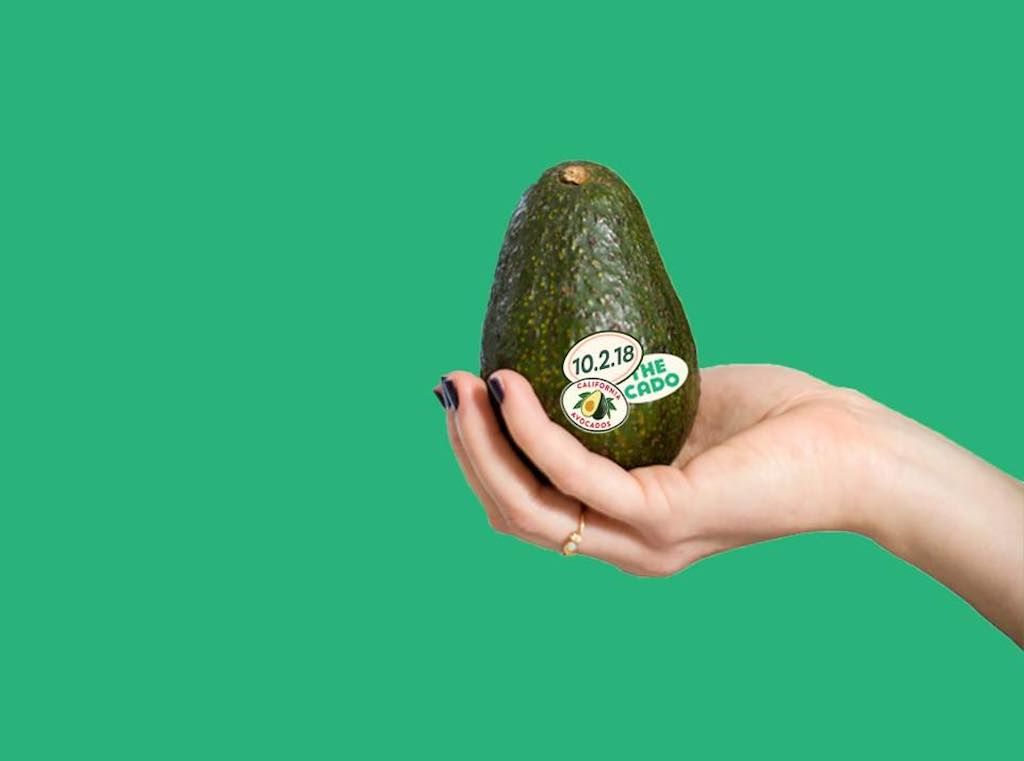 The chase for Instagram fame wasn’t limited to bars and restaurants making increasingly over-the-top menu options. The values of our complicated relationship with food shined strong with the influx of “museums” and pop-ups designed solely for the sake of the ‘gram. If the idea of a museum is to show us what we as a culture think is important and venerated, then 2018 informed us that pizza, avocados, ranch dressing, and pools of sprinkles are the pinnacle of food.

2018 saw the opening of CADO (an avocado museum underwritten by the California Avocado Commission), the Museum of Pizza (a Brooklyn Instagram haven with sexually-charged advertisements), and Cheat Day Land (a photo-ready LA spot designed for fit people to take pics with cheat day foods like doughnuts).

Then there were the bars that were completely redesigned just so people can order a drink worth posting. There was the Champagne bar, a spring break beach bar in Denver, a Lego bar basically asking for a lawsuit, and all the many pop culture themes like Wayne’s World, Deadpool, and Alice in Wonderland. Those that didn’t completely redecorate got in on the social media madness with viral stunts like KFC’s fried chicken sunscreen and rotating Colonel, IHOP temporarily changing its name to IHOB in honor of its burger menu, and Popeye’s emotion support fried chicken.

It’s easy to blame this on the increasing need for businesses to create an experience for people who are always on their phones. Social media-focused locations aren’t an inherently bad thing, though, and anyone who says that is probably just a constant curmudgeon without any followers. When they’re both shallow and ephemeral, however, it’s not a good sign for our collective food knowledge. 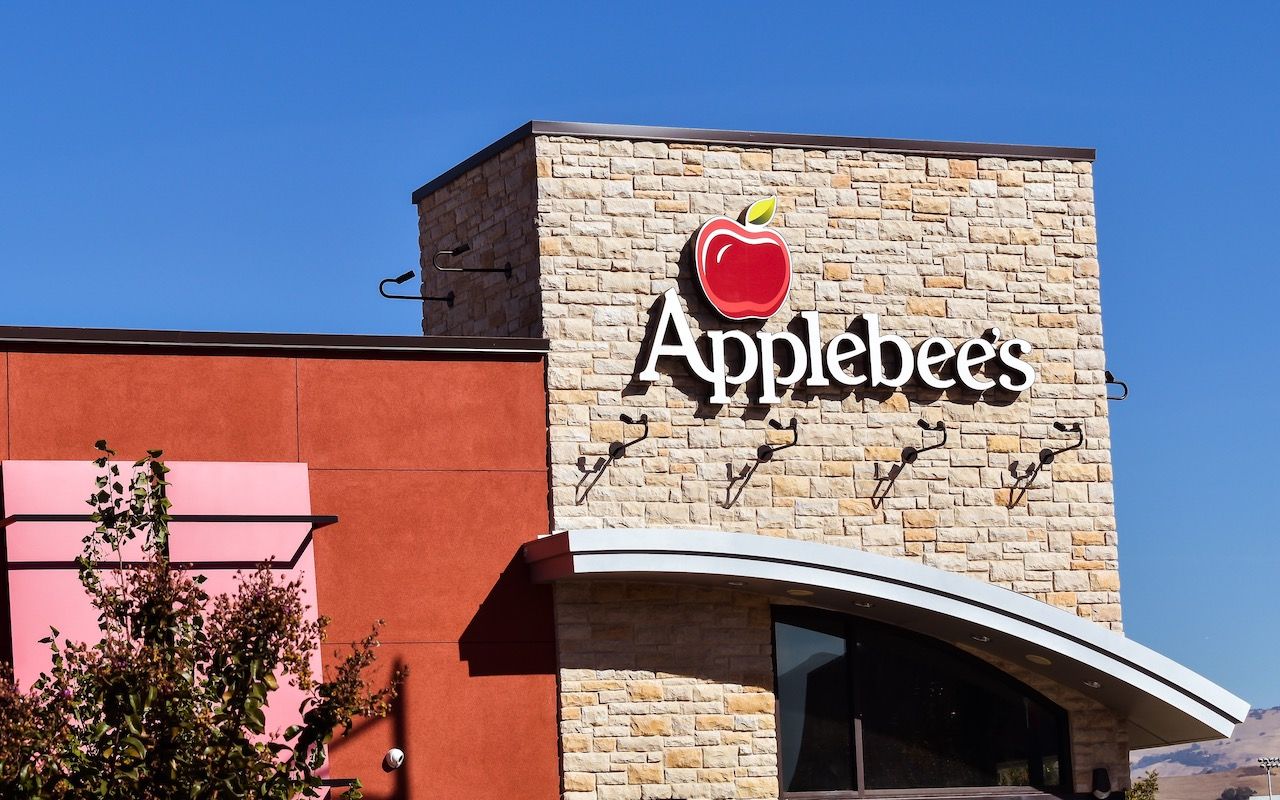 In 2017, a version of the headline “millennials killed the casual dining chain” ran across numerous national publications. Everything from TGI Fridays to Buffalo Wild Wings to Applebee’s was in danger of dying out because millennials didn’t eat at them, the stories stated, which meant the chains were all going to close and hungry, chain-loving baby boomers were going to have nowhere to eat. But by November 2018, Brian Sozzi, editor of Yahoo Finance, wrote a piece titled “Why Applebee’s is one of the hottest restaurants in America.” Stephen Joyce, CEO of Applebee’s parent company Dine Brands, went so far as to say, “I think Applebee’s has really hit its groove — this is truly our time.”

Applebee’s time came on the shaken backs of $1 and $2 cocktails. Turns out all you have to do to bring back the youth is offer them a cheap way to get drunk (and a sugar rush — then crash — as well). The rotating monthly drink specials garnered free attention for the brand and brought people in who bought some cheap Dollaritas and then stayed for some (slightly) more expensive apps and meals. We’ve moved on from people on social media ironically commenting on stories about $1 drinks that they now have a reason to go to Applebee’s, to people actually wanting to go to Applebee’s.

For all the big moves local and artisan food is making, the chains aren’t dead yet. If each chain jumps on the drink deals formula Applebee’s perfected in 2018, then the casual dining chain funeral won’t be held anytime soon.