People will go to great lengths to reach Instagram follower benchmarks and potentially live out their dreams of becoming an influencer — especially in the travel world. Current Instagram stars know this better than anyone, and they can either use their knowledge to benefit others… or take advantage of them. Aggie, of Travel in Her Shoes, currently has 860k followers on Instagram, and she offered a 12-week Master Tribe course designed to help fledgling Instagrammers reach superstardom. The course cost $500 and included modules on topics like writing bios, pitching companies, and editing videos. Unfortunately for students, once they forked over the $500, Aggie didn’t exactly deliver on her promises.

One student who goes by “Wannabe Influencer” wrote a personal account on Medium. The red flags started flying in the first week when students were given a challenge of selling the course to one other person. “Confusion spread rapidly,” wrote this student. “The Instagram Course straight up seemed like a pyramid scheme. How could we ask our own followers to purchase a $500 Instagram Course that we had barely started ourselves?” 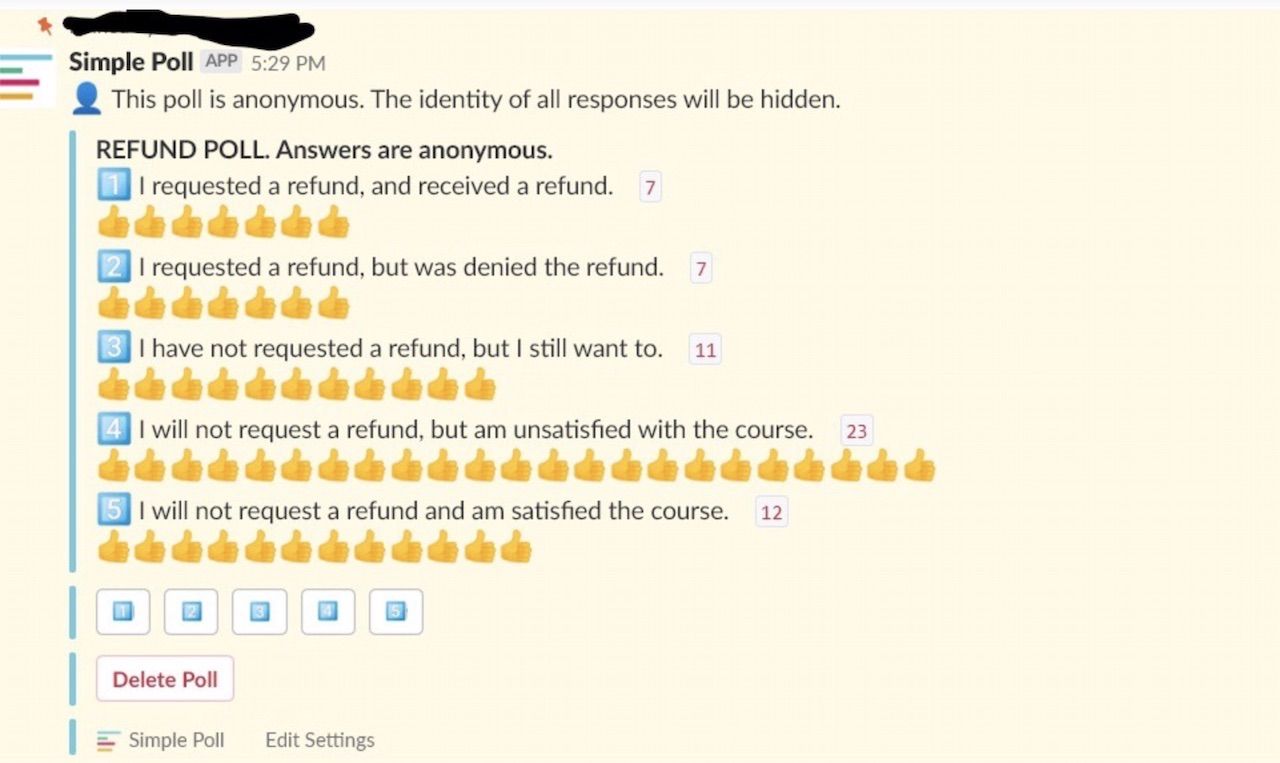 This challenge created an angry mob-like atmosphere amongst the virtual students, believing they weren’t getting their money’s worth or the one-on-one interaction with Aggie they had expected. Although refunds had been promised to dissatisfied students, Aggie allegedly didn’t deliver, and by this point, she had already collected $225,000, according to the Medium writer.

The fervor subsided until Week 6 when a behind-the-scenes video photography class from Aggie’s trip to Morocco never materialized. The trip happened but no video. Around the same time, Aggie revealed that she was heading to Asia for an “Eat Pray Love” experience. After that, no videos were posted, allegedly due to a lack of WiFi. That was the end of the course, no refunds were issued, and the result was 500 unhappy and unfulfilled Instagram hopefuls. 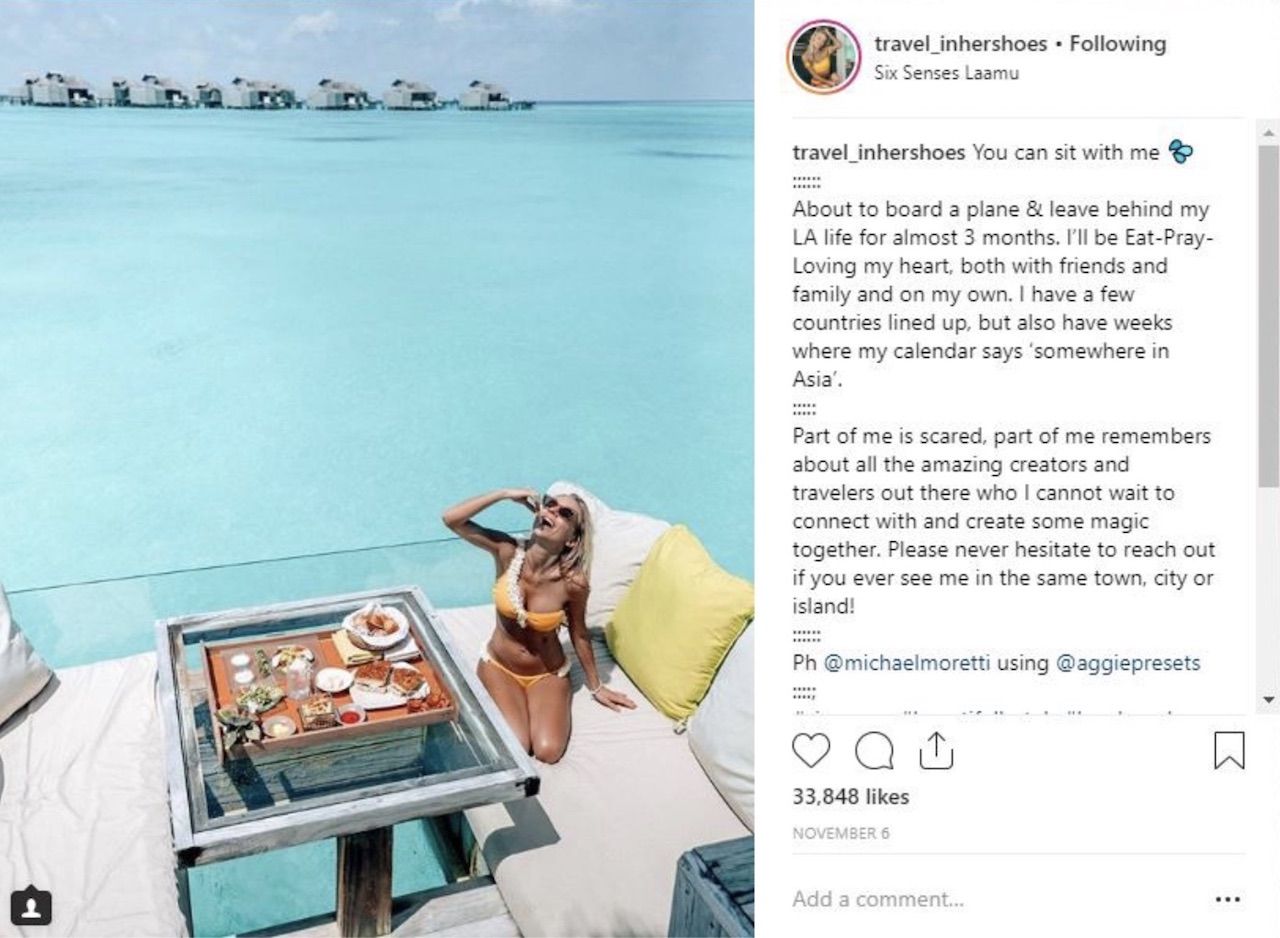 After the uproar, Aggie did start posting videos and issuing excuses via DM, but for the students, it’s too little too late. 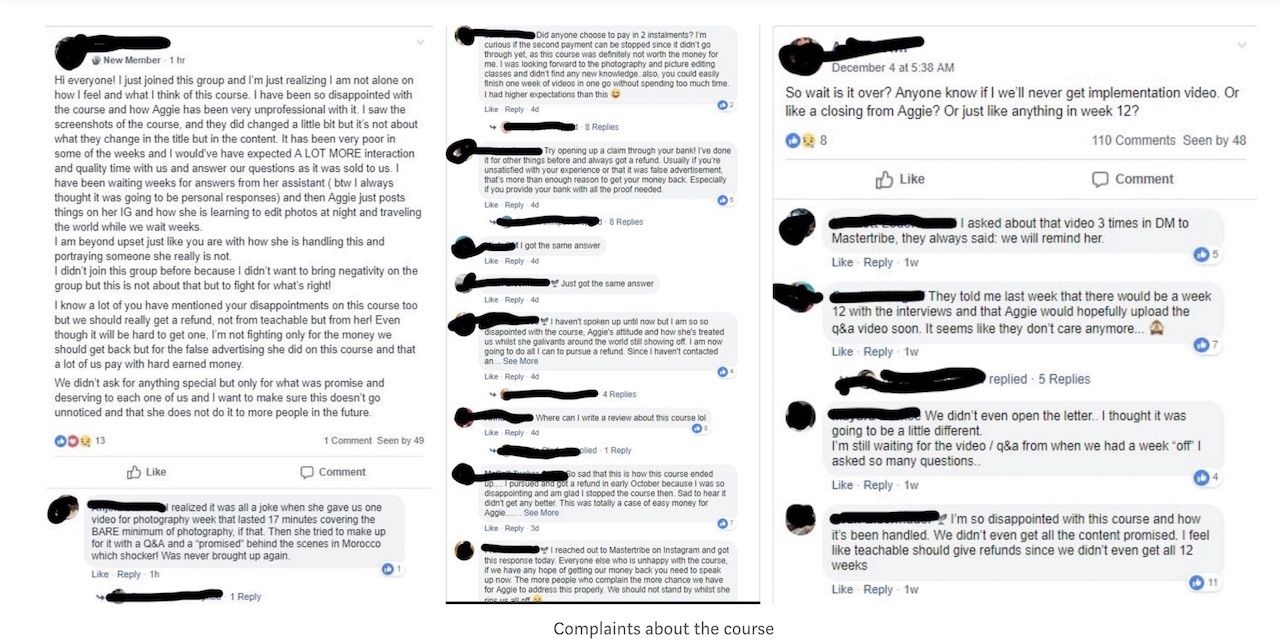 On whether she would recommend Instagram courses to other prospective students, Wannabe Influencer says while they might be useful for inspiration, “If you’re looking for the secret to blowing up on Instagram, I’ll tell you right now, you’re not going to find it from the Master Tribe course.”

EntertainmentThis Hilarious Instagram Account Shows How Unoriginal Travel Influencer Photos Are
Tagged
News
What did you think of this story?
Meh
Good
Awesome