People try to sneak all kinds of obscure things through borders (including live turtles and leopard cubs), but this one might just take the cake. A Babylonian treasure, looted from Iraq and valued at hundreds of thousands of dollars, was recently confiscated by security at London’s Heathrow Airport.

A border agent became suspicious when a cargo was declared to contain a “carved stone for home decoration” allegedly made in Turkey, and valued at “300” without any mention of currency.

After researching the object online, the border officer discovered that the British Museum had a rare example of Babylonian kudurru, which this stone closely resembled. Kudurru were official documents carved in stones, by order of the Babylonian king. The officer contacted the museum, which confirmed that the stone dates back to the reign of Babylonian king Nebuchadnezzar I (about 1126-1103 BC), and really had no business being in someone’s airport luggage.

The black limestone piece, carved with cuneiform writing is about 11 inches high and dates back to the second millennium BC. 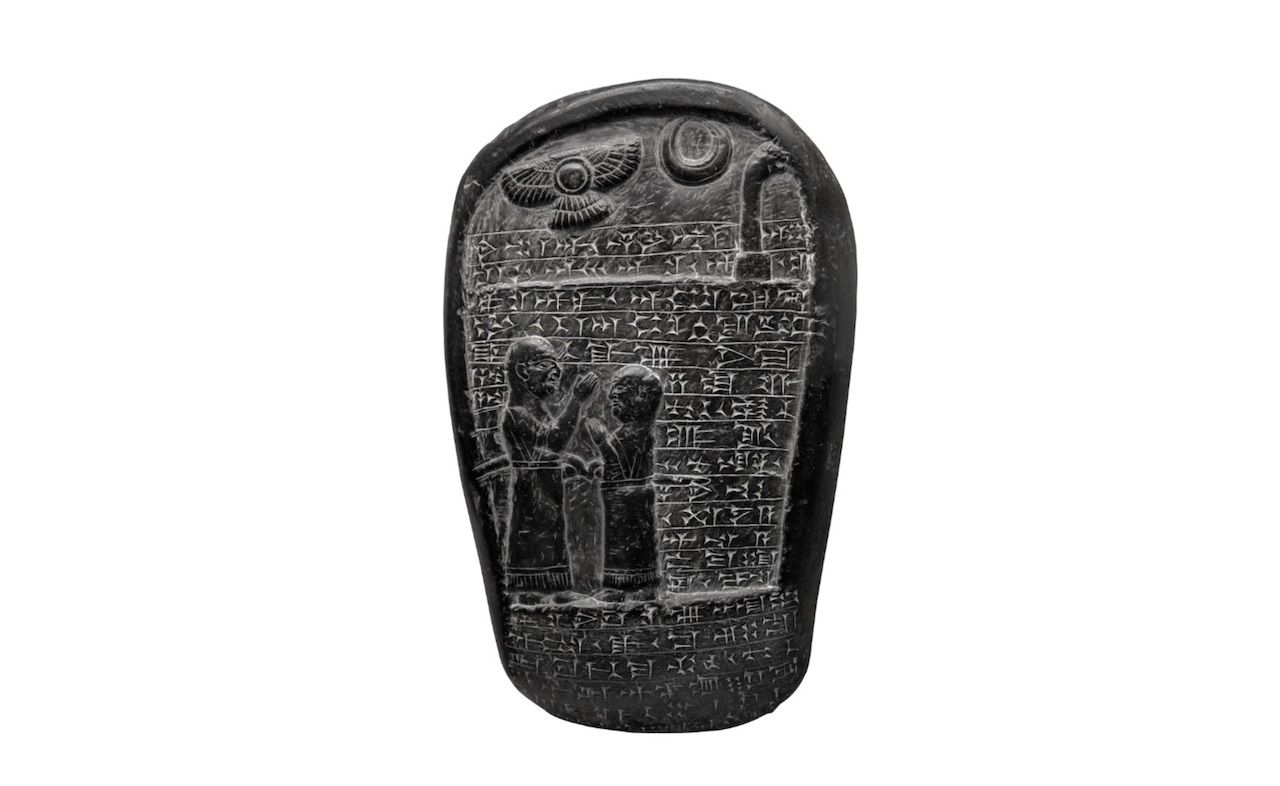 An example of Babylonian stone with cuneiform writing. The stone displayed here is not the stone found at Heathrow Airport. For a picture of the actual artifact seized, check out The Guardian.
(Photo: Kamira/Shutterstock)

Dr. St John Simpson, a senior curator at the British Museum, told The Guardian, “It’s a museum-quality piece. Even though it’s broken, it should still be on display in a museum.” And soon, it will be. The museum will stage the object’s official handover back to Iraq via the Iraqi embassy in London on March 19. Of this particular kudurru, Simpson said it had been “neither previously recorded nor published and must therefore come from illicit digging at a site in southern Iraq.”

The Kudurru will later be displayed in the newly restored Iraq Museum in Baghdad.

Airports + Flying9 Amazing Things Airport Dogs Can Do
Tagged
Archaeology News
What did you think of this story?
Meh
Good
Awesome