Trying out local beers is one of the best parts of traveling, but sometimes the only thing dampening the drinking experience is the cost. To make sure you get to try out some of the world’s most delicious brews without breaking the bank, plan your next trip using Expensivity’s latest map, which compares the price of beer in 58 countries. 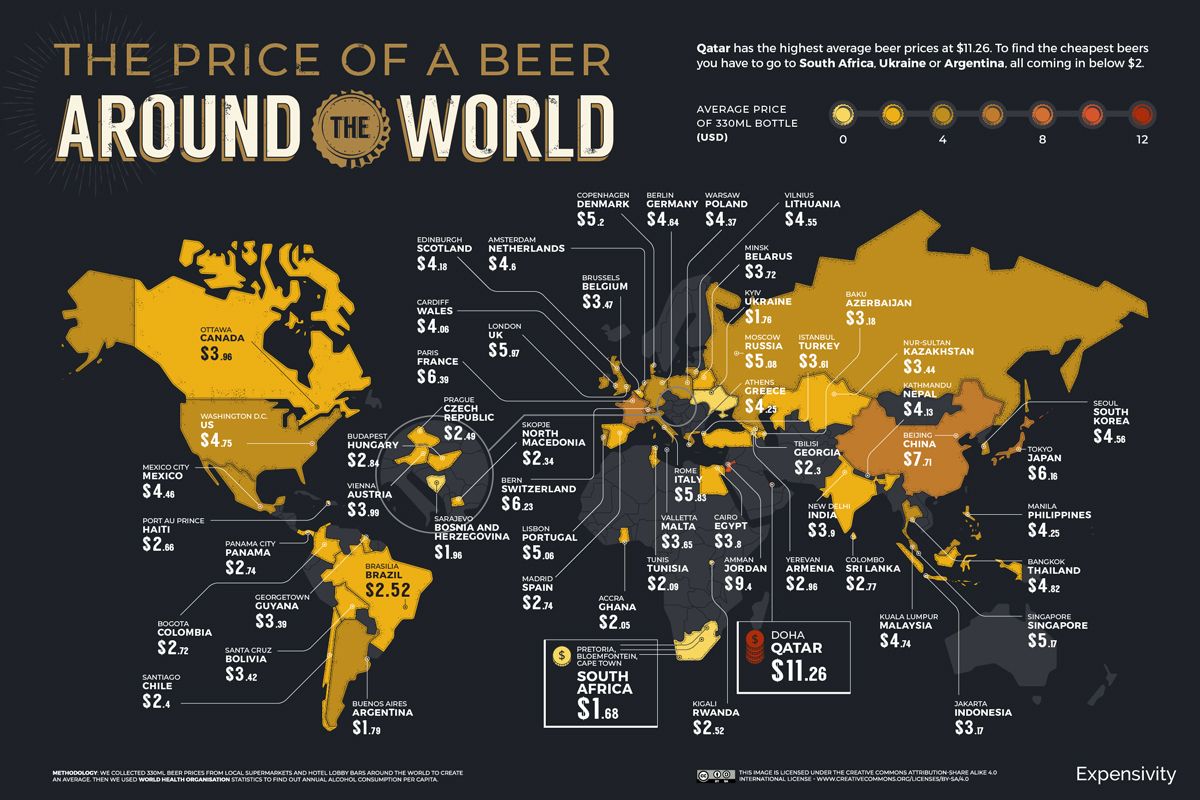 To gather its data, Expensivity focused on well-known brands and noted the prices of a 330 ml (11oz) bottle of beer in supermarkets around the world using online shops. It also called hotels to get the lobby bar prices, and calculated the average price of beer between supermarkets and hotels in USD using xe.com for conversion. 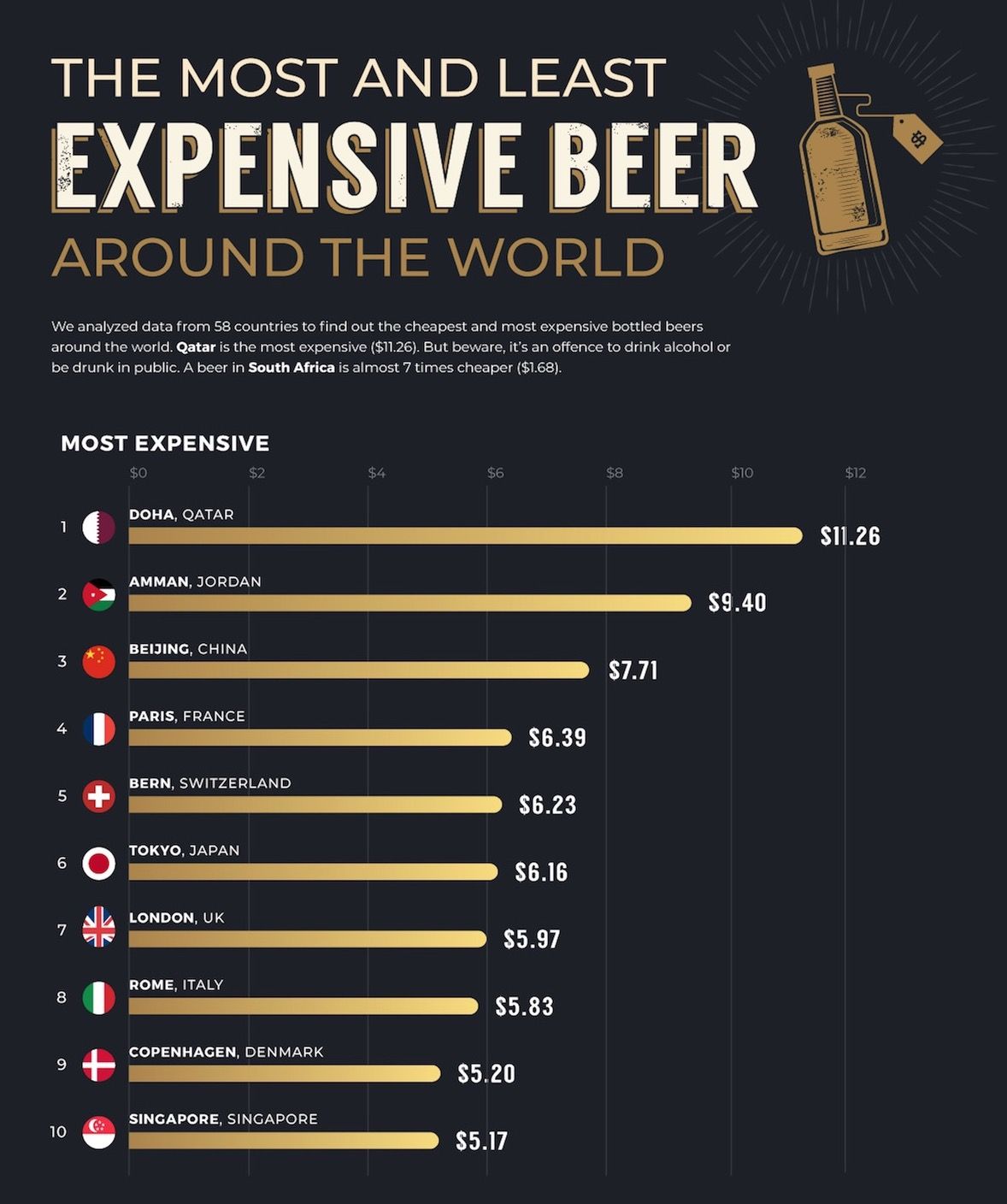 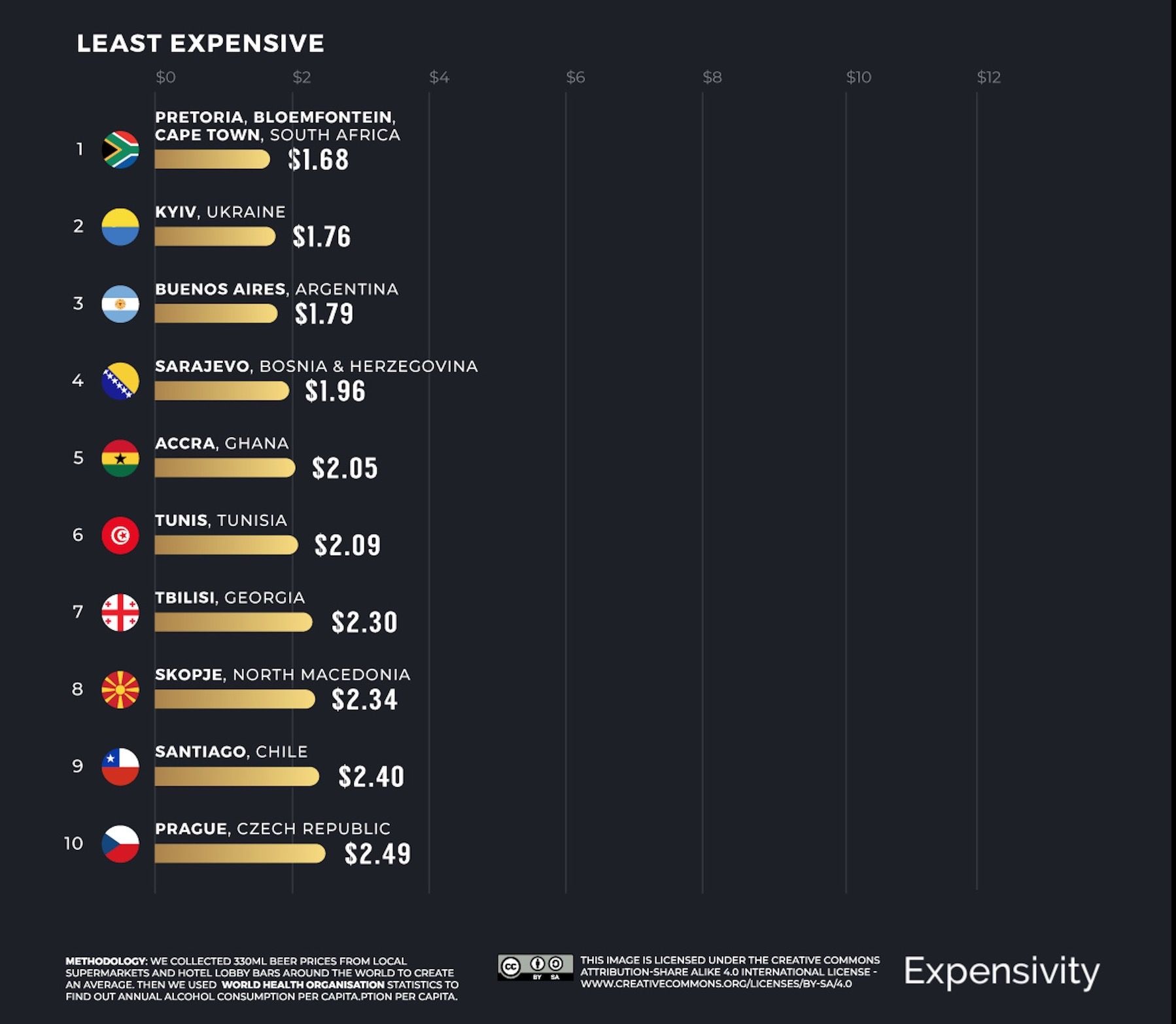 Expensivity found that Qatar has the most expensive beer in the world, costing an average of $11.26 per 11oz bottle. This is likely due to their 100 percent tax on alcohol imports ahead of the 2022 World Cup. On the other end of the spectrum, South Africa has the cheapest beer, with an average price of $1.68 per bottle. It also discovered that the Czech Republic has the highest rate of beer consumption, with the average person consuming 468 beers per year, and that Germans spend the most on beer each year with almost $2,000 spent on beer per year.

BeerHow a Texas Brewer Started an International Movement for Racial Justice
Tagged
Beer News
What did you think of this story?
Meh
Good
Awesome