Among many arguments around the Thanksgiving table are contentious disagreements over the best Thanksgiving sides. If your family is coming from all over the US, your dinner might be particularly prone to such disagreements, as each state has its own preference when it comes to its favorite side. Zippa analyzed Google searches to determine each state’s favorite Thanksgiving food, and put the results in a handy little map. The map won’t exactly diffuse arguments around the dinner table, but it might give you some evidentiary support if your personal taste lines up with your state’s preference. 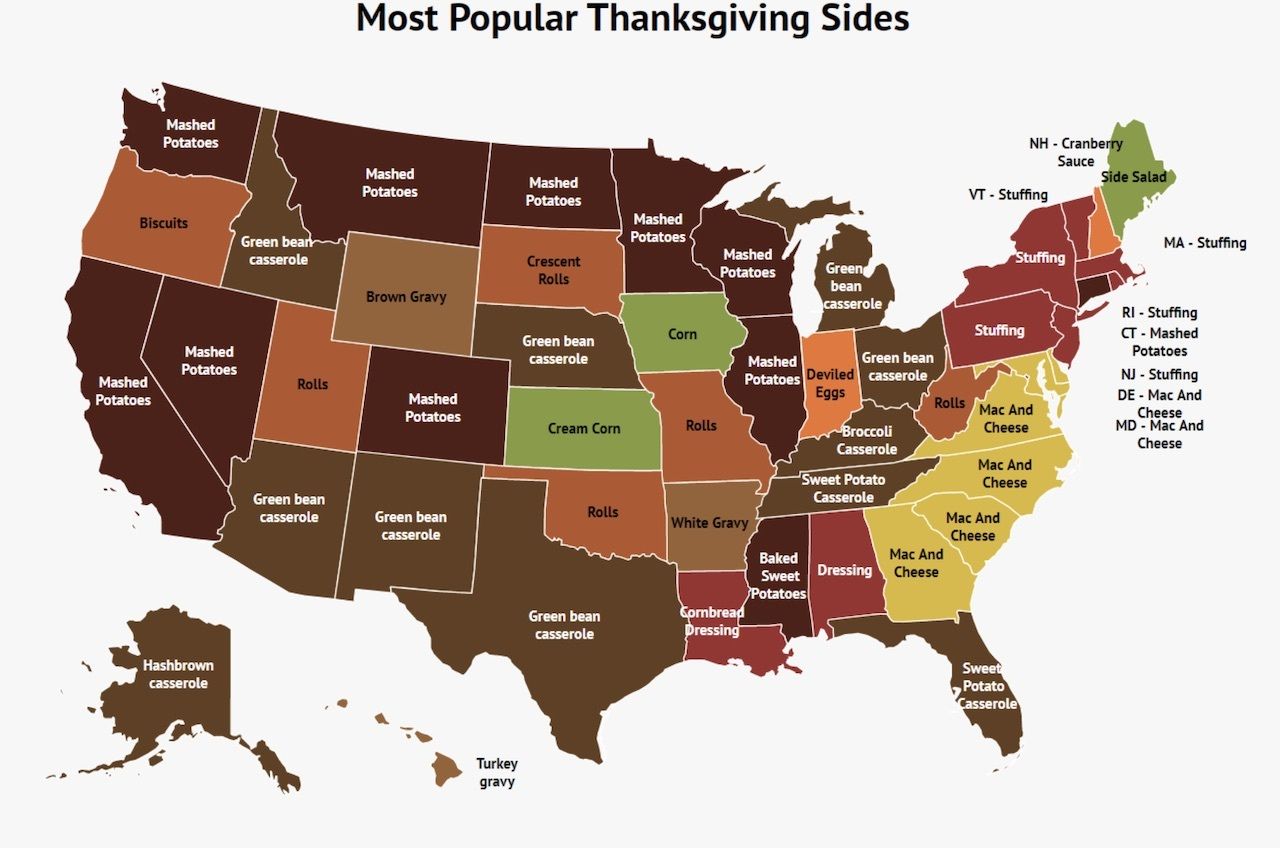 According to the map, the most popular side in the country is mashed potatoes, and it tops the list of sides in 10 states. Behind mashed potatoes sits mac and cheese, which seven states claim as their favorite. Interestingly enough, the mac and cheese states are exclusively along the eastern seaboard, from Georgia all the way up to Delaware. The Midwest, however, prefers a nice green bean or sweet potato casserole, with the Southwest sharing its opinion.

Indiana is a bit of an outlier, preferring deviled eggs as its side, but you can’t really fault the state for getting creative. Regardless of your state’s chosen side, you have to admire the striking diversity of opinion that exists all across the country. Unless you’re from Maine and wasting valuable stomach space on side salads, of course.

Food + DrinkCranberry Sauce Vs. Relish: a Classic American Thanksgiving Side Dish Debate
Tagged
Holidays News
What did you think of this story?
Meh
Good
Awesome