While on the campaign trail, Mexican President Andrés Manuel López Obrador was known for flying commercial, and vowed to sell the presidential jet as a symbolic gesture of his will to root out corruption and save the country some much-needed money. Now that he’s president, Obrador is making good on his promise, attempting to sell off the $130 million Boeing 787 Dreamliner. But it’s proving more difficult to sell than originally anticipated and the costs of the aircraft’s upkeep are adding up.

To remedy the issue, Obrador is proposing to raffle off the aircraft. He revealed his plan at a news conference last week, and presented the ticket’s design. He explained that the proceeds will go toward medical equipment and hospitals providing free care for the poor. Each ticket will cost $27 each, and the hope is to sell six million tickets. 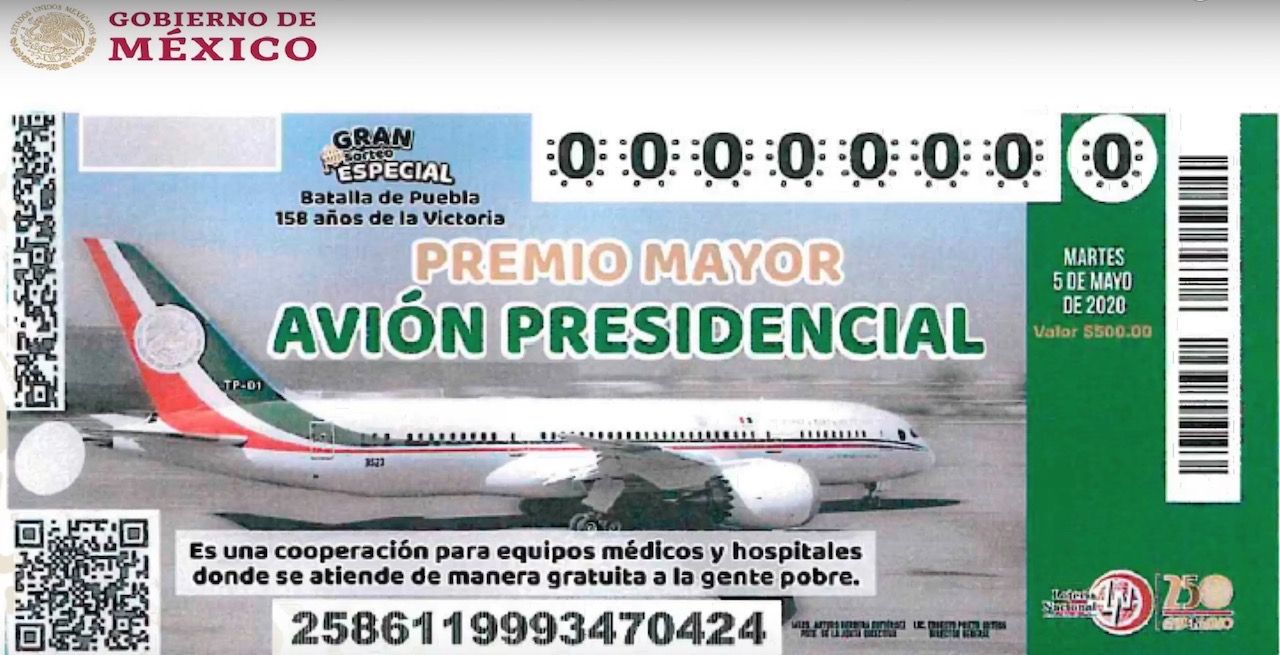 The former presidential plane was equipped with several conference rooms, a bedroom, a marble-lined bathroom, and multiple flat-screen TVs. The raffle will begin on May 5, 2020, if the plane isn’t sold by February 15. If you’re planning to buy a raffle ticket, make sure you have a spot to park the jet — it has a wingspan of 197 feet.

A version of this article was previously published on December 6, 2018, and was updated on February 3, 2020 with more information.

Culture8 Places To Experience Indigenous Cultures in Mexico
Tagged
News
What did you think of this story?
Meh
Good
Awesome