Cities like Vancouver, Atlanta, and of course New York City are famous filming locations, where film crews and actors descend on the streets to make movie magic happen. But even the most dynamic city doesn’t look like a planet in a galaxy far far away… or even one in our own solar system. For dry air, heat, and endless sand, directors turn to an entirely different location: the Wadi Rum desert in Jordan.

The desert, also known as the Valley of the Moon, features a barren but beautiful landscape, dotted with granite cliffs and covered in red sand. And you’d be surprised to learn how often the scenery of the Wadi Rum desert pops up on the silver screen. It has served as a stand-in for Mars and as the backdrop for battles between Jedi and Sith lords and epic struggles against hostile aliens. The latest movie filmed in Wadi Rum is the highly anticipated Denis Villeneuve Dune reboot. Here are the most famous movies filmed in the Wadi Rum desert. 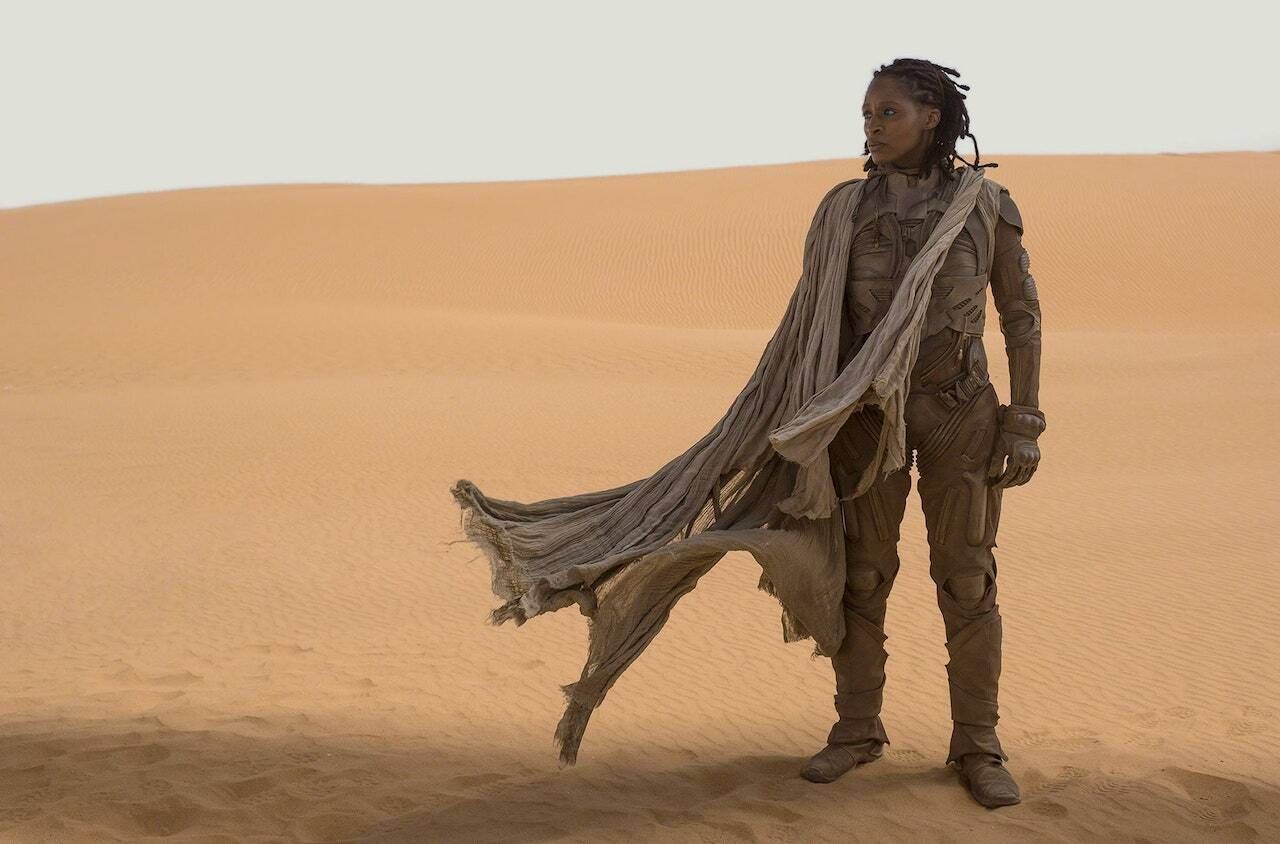 This sci-fi classic, based on the book by Frank Herbert, takes place far from Earth on the desert, sand-worm infested planet of Arrakis. The complex story centers on the house of Atreides, the royal family sent there to harvest the planet’s valuable spice. But when Duke Leto Atreides (Oscar Isaac) is violently overthrown, it’s up to his son Paul (Timothee Chalamet) to rally the planet’s native Fremen to help him seize back the planet and take control of the spice.

“It was really surreal,” Chalamet told Vanity Fair of filming in Wadi Rum. “There are these Goliath landscapes, which you may imagine existing on planets in our universe, but not on Earth.”

Back in April, Josh Brolin, who also stars in the film, posted a video to Twitter from Wadi Rum back in April of 2019, in which he gives fans a sneak peek at the film’s backdrop.

“This is what we’re dealing with,” he says in the video. “A lot of ancient space…beautiful, peaceful, quiet, ominous.” 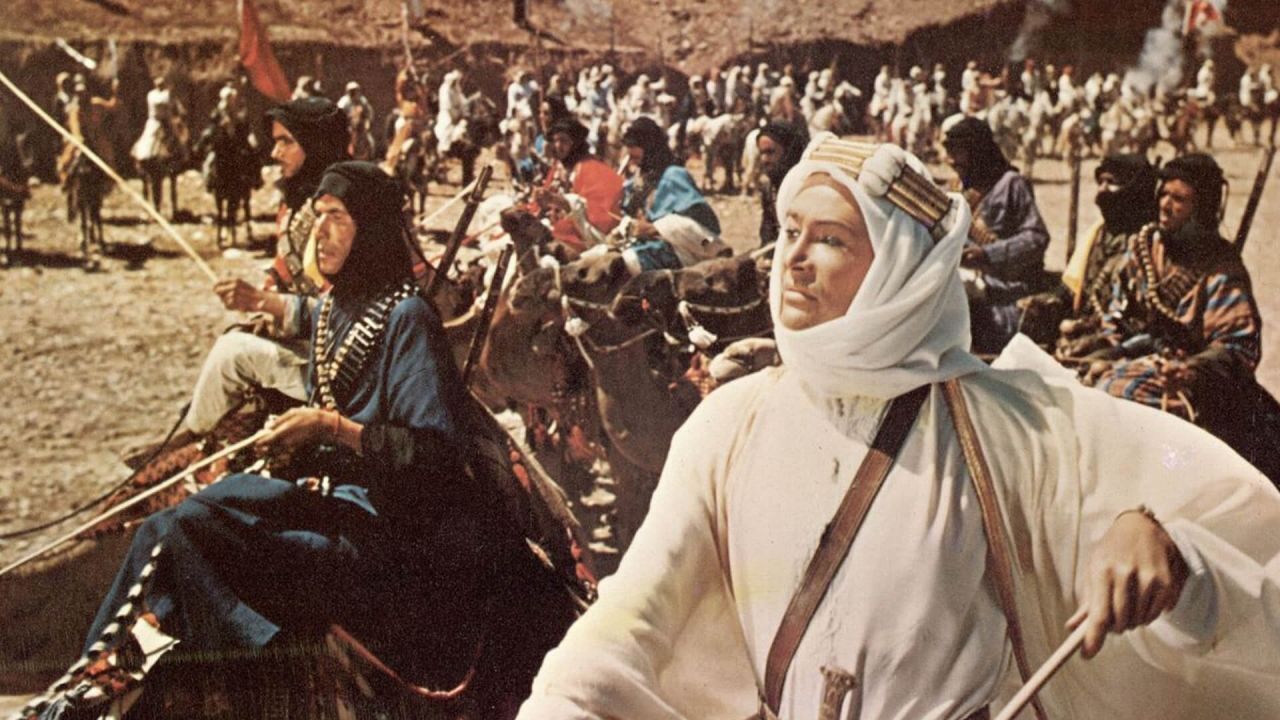 Wadi Rum feels so much like another planet that its mostly used as the backdrop to sci-fi movies, but perhaps its most iconic appearance takes place right here on Earth: Lawrence of Arabia, considered one of best films ever made, winner of 10 Oscars, and starring the legendary Peter O’Toole, was filmed at Wadi Rum. The film follows T. E. Lawrence, a British lieutenant who rebels against the orders of superiors and embarks on an epic journey across the desert to add what were then called Arab tribes against invading Turkish forces, successfully pulling off what became known as the Arab Revolt. The film became such a hit that it actually boosted tourism to Jordan. The real-life Lawrence spent extensive time in Jordan, and in particular in Wadi Rum, which he called “vast, echoing, and God-like.” 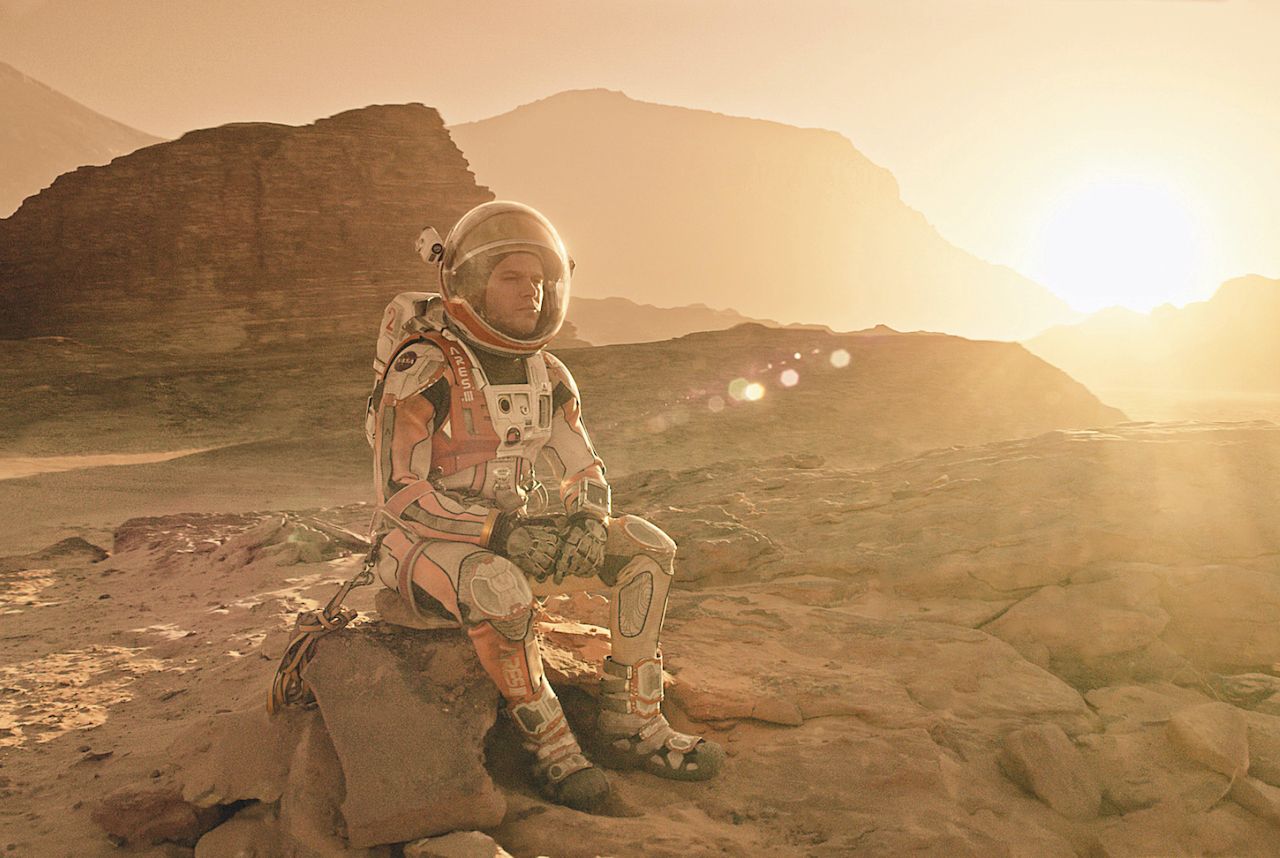 In this quiet but compelling film, Matt Damon stars as Mark Watney, who accidentally becomes separated from his team and is consequently abandoned on Mars. Watney is determined to survive on the barren landscape of Mars — actually the Wadi Rum desert — which is hostile to farming. Though there are some scenes back on Earth of his guilt-stricken astronaut pals trying to find a way to save him, most of the movie takes place in the desolate, lonely, eerie quiet of the empty desert. There’s even an official tour inspired by the film that visitors to Wadi Rum can take if they want to experience the “sense of isolation and the enormity of the landscape both in Wadi Rum and on Mars.” 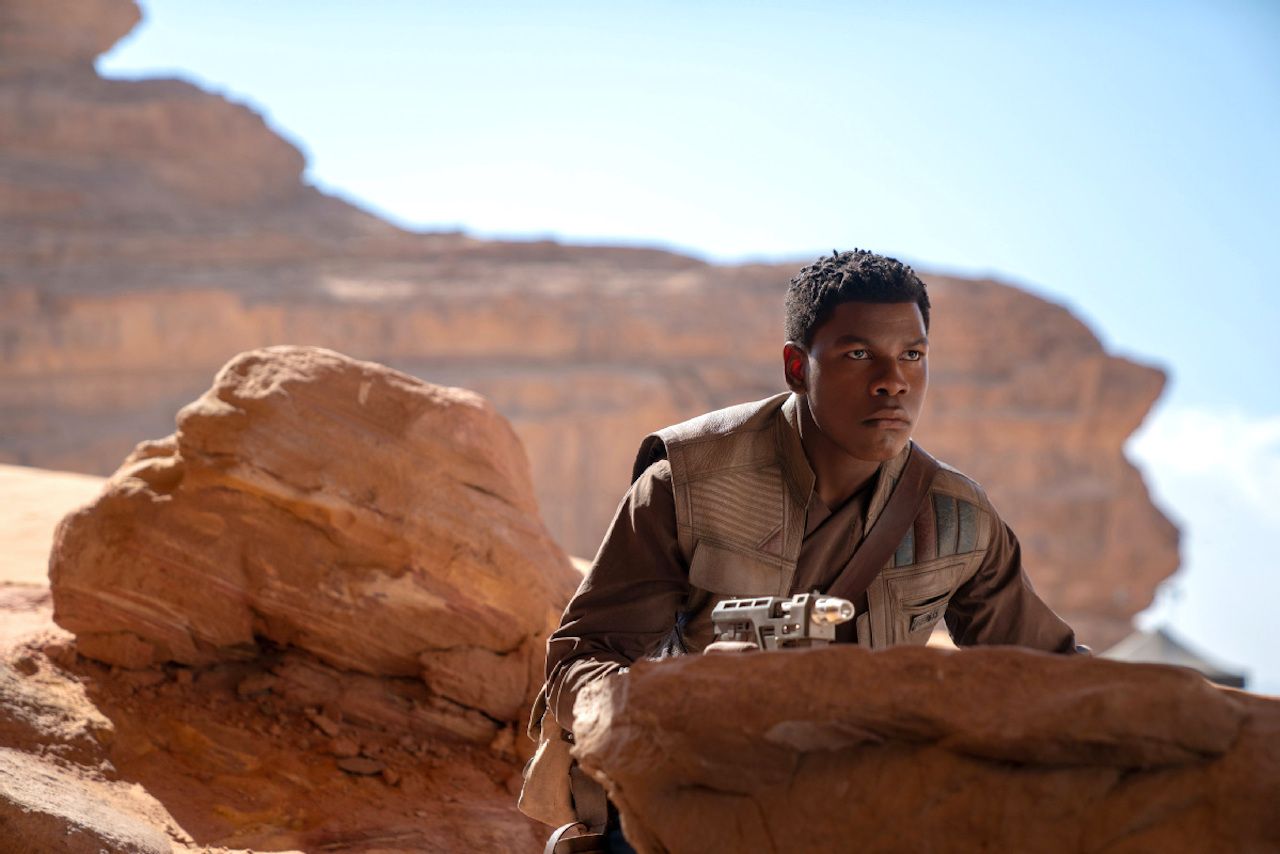 As you can already tell, Wadi Rum has served as a stand-in for strange and foreboding alien planets. There are plenty of those in the Star Wars universe, which is perhaps why filmmakers have turned to the desert to film two of the franchises biggest hits, Rogue One: A Star Wars Story and Star Wars: Rise of Skywalker. In Rise of Skywalker, Wadi Rum is the location of Pasaana, a desert planet, but in Rogue One it’s transformed into Jedha, a small, ice-cold moon. 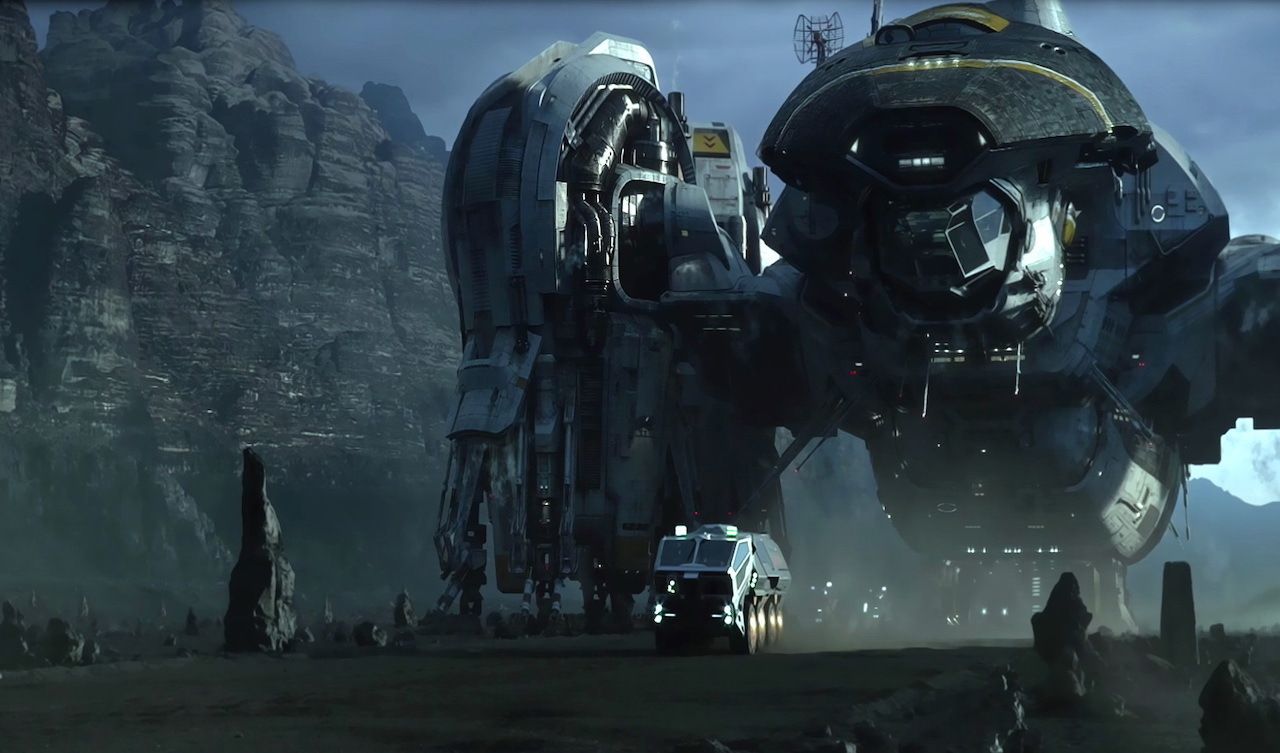 This prequel to Alien received mixed reviews, but Wadi Rum served as the perfect stand-in for the barren, chilling landscape of planet LV-223. Ridley Scott, director of The Martian, returned to Jordan to film the surface of the planet where a group of scientists hopes to meet “humanity’s forerunners,” known as the Engineers (instead they find terrifying and bloodthirsty aliens, of course). One interesting fact about the film that highlights another connection to Wadi Rum is that one member of the crew, an AI named David, repeatedly watches Lawrence of Arabia while his human counterparts are in stasis.

TravelThe Best Things To Do in Jordan Beyond Petra
Tagged
Movies Jordan
What did you think of this story?
Meh
Good
Awesome

6 Ways To Make Your Visit To Jordan More Meaningful