Reading the “travel predictions for 2020” stories that were posted toward the end of 2019 is both sad and comical. It’s a lesson that, no matter how much information we have, we never truly know what lies ahead. With that understanding, the leaders of some major travel companies got together for a big, virtual roundtable discussion to talk about how the travel industry landscape will look in 2021 and beyond.

Brian Kelly — aka The Points Guy — mediated the conversation on December 3. The panel consisted of VRBO president Jeff Hurst, RVshare CEO Jon Gray, Hipcamp founder Alyssa Ravasio, Campendium CEO and cofounder Leigh Wetzel, and Viator president Ben Drew. Each had their own take on how the travel world will change — and how things we’ve discovered this year mean it will never go back to “normal.”

Travel flexibility is here to stay

Now that people have discovered a world where hefty change fees and stiff cancellation policies aren’t necessary, there won’t be any going back. This will hold true for airlines – most of which have already announced they’re getting rid of change fees altogether. A no change fee policy will also apply to the rest of the travel industry, covering everything from home rentals to city tours.

Drew said Viator’s research showed three quarters of people wouldn’t travel without flexibility. The tour and attraction booking site has also seen massive growth in bookings that could be reserved now and paid for later.

“The future of travel is more flexible, period,” added RVshare’s Gray. “People aren’t going to book without the flexibility to cancel if they need to. Part of this is health and safety, part of it is consumer expectation.”

So now that the expectation is complete flexibility and less risk when booking, people won’t accept going back to the way things were.

“I don’t think you put the genie back in the bottle after this,” Hipcamp’s Ravasio added.

Pre-COVID, “you-can’t-pass-this-up” weekend airfare discounts seriously tempted us to blow off our Saturday date with Costco. But with so much uncertainty regarding lockdowns, travel restrictions, and the general health of everyone flying, it’s not just spontaneous travelers who will be planning stuff with little to no lead time.

“The overwhelming majority of bookings we get are within the next 30 days,” said Gray. “Last year, that would have been 60-[plus] days.”

Viator’s Drew added that bookings within seven to 10 days have become a far larger proportion of the site’s bookings, as people are taking last minute opportunities to travel. He sees a huge shift toward short-term and flexible travel.

The tendency to stay closer to home has also boosted interest in last minute travel.

“People are traveling more last minute,” said Ravasio, whose company connects people with private and public land on which they can camp. “People are staying closer to home, so we’ve always seen that more in travel last minute.”

Booking via mobile apps will be the norm 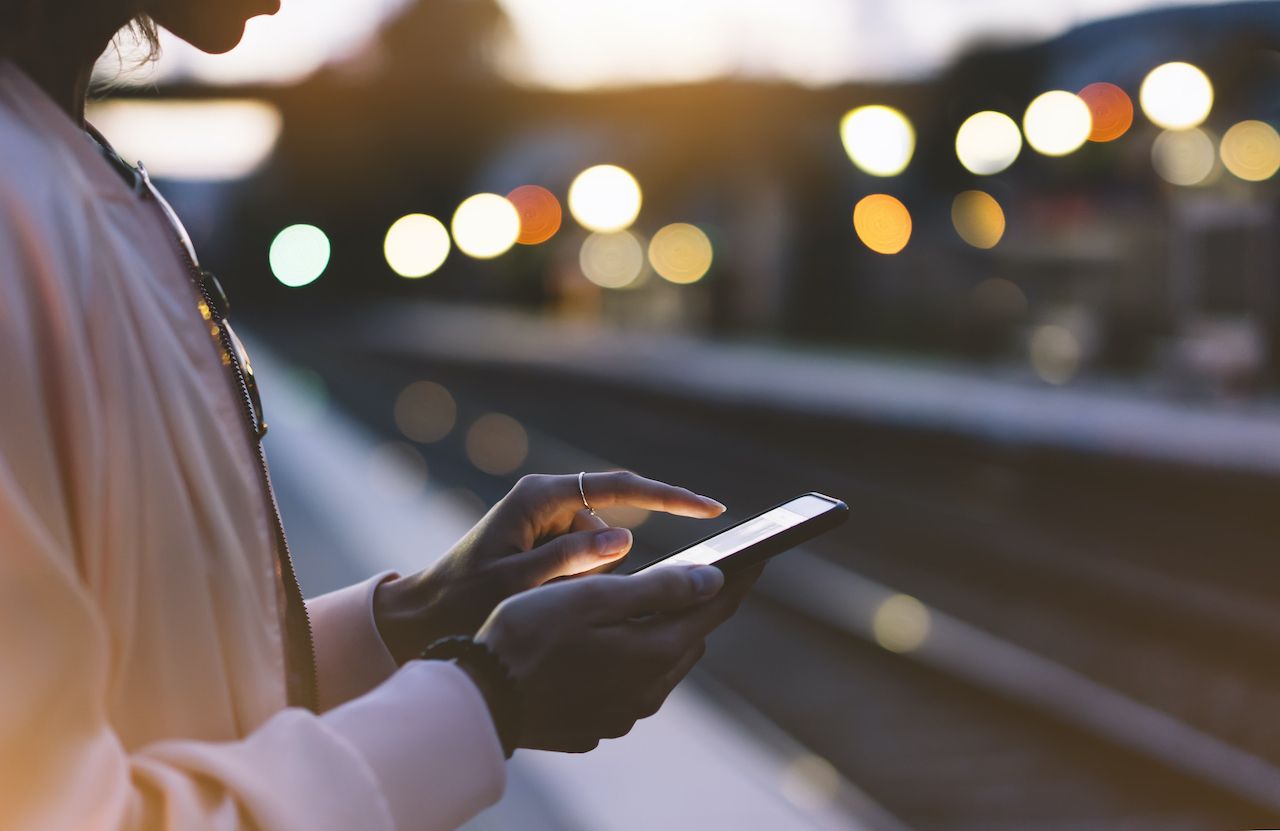 As anyone who has ever impulse shopped while sitting at a red light knows, quick decisions are better made on a smartphone. And this goes for booking vacations too.

“Flexibility is tied to mobile when you have the ability to make these last minute decisions,” said Drew. “Booking on mobile platforms is up 82 percent versus last year. These trends are quite interlinked.”

Wetzel, the CEO of Campendium, an app that helps people research campsites across the country, added that her site had seen an 800 percent increase in app sessions versus a year ago, marking a huge shift from traditional web bookings to mobile.

More people are taking longer trips, and spending more at their destination

With working from home becoming more the rule than the exception in 2020, people have been tacking extra days onto their weekends, turning the traditional Friday through Sunday trip into a far more leisurely Thursday-Monday. VRBO’s Hurst said people are taking advantage of the fact they can fulfill their professional and academic obligations from anywhere, and the average booking length has increased.

“Budgets didn’t change as much as behaviors,” he said. “People are getting a nicer house and staying for longer. A lot of people are coming to southern states where they can work remotely. And they’re getting a nicer place than they’d have spent a few days in because they’re living there for a few weeks.”

He added that because people aren’t spending as much on airfare – or anything at all – they can afford to splurge a little on accommodations.

“People will stay the entire workweek if connectivity is there,” Wetzel added.

Until very recently, part of the camping allure was disconnecting from the world and finding a place where no one could find you. And while that still may draw some, the move to working from anywhere has led many to set up their offices at campsites. This may be a bit dismaying to some, who foresee a future of overhearing Zoom calls and speaker phones from people two campsites over. But as demand for connectivity rises, outdoor destinations are hustling to improve their Wi-Fi.

“If you want people to come during the week and stay longer and spend more, you have to make sure they can work,” Gray said. “This is new for campgrounds, and really, I think, a call to arms.”

“It’s not just Wi-Fi, people can get online with their phones if you have a good AT&T or Verizon connection,” she said, adding that even lacking good internet service campgrounds could capitalize on clear cellular connections. “People are getting comfortable getting away and out more into nature.”

There will be a glut of RVs to rent next year

This year’s discovery of RVs and the outdoors isn’t exactly groundbreaking. But exactly how much it’s caught on might surprise some people. Gray said RVshare’s business tripled over this booking season, driven mostly by a mobile workforce and a traveling public that overwhelmingly is looking to avoid crowds.

“Ninety-three percent of people said their plan was to avoid crowds,” he said. “That led them to RVing.”

That discovery made for a banner year in RV sales. The RV Industry Association reported about 424,000 RV units would be sold in 2020, and anticipated half a million to be sold in 2021. This year’s total is 4.5 percent higher than 2019, with two fewer months to sell. But Drew warned that people investing tens of thousands of dollars in their new mobile vacation homes may realize they aren’t using them as much as they thought they would.

“The average [RV] is used three weeks a year,” he said. “Those people will realize they can take their RV and turn it into a second source of income. Half our people who rent cover all their RV payments. I expect great supply to be available.” 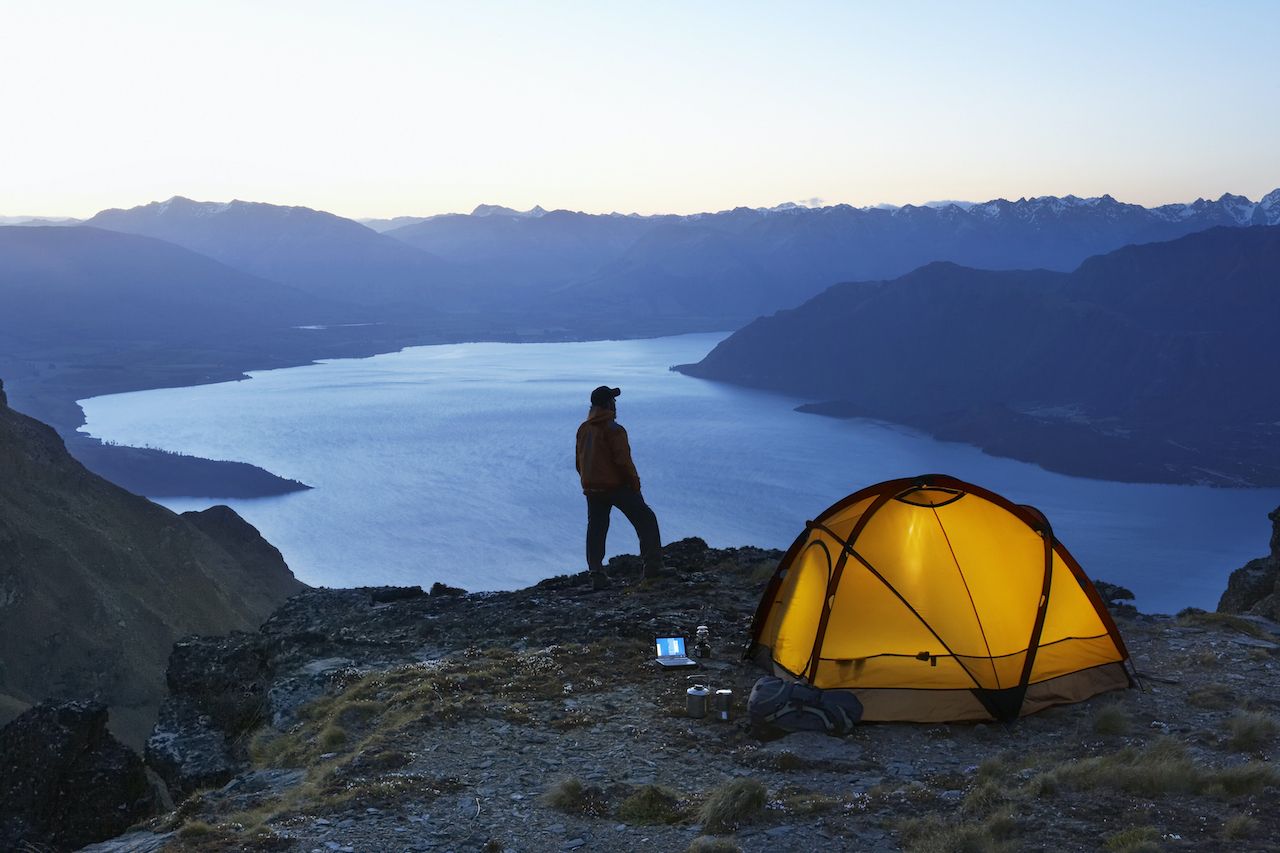 As overseas explorations of culture, food, and experiences become far more difficult to come by, the definition of “experiential travel” has shifted. The panel of industry leaders agreed that parks, nature, and the great outdoors will be the experiences people seek over the next few years, much of which will be close to home.

“We’ve done about a five year fast forward on travel that is outdoors and experiential,” says Gray. “It is the next iteration of experiential travel. Camping is an under-talked about category — three million households went camping the year before the pandemic, and it’s a growing category.”

Wetzel concurred, pointing out that this was the first year over half the people who camped for the first time were people of color.

“I’m a huge believer in the concept we all have an inherent love of nature,” Ravasio said. “Once you’re out there and see the stars and smell the trees, you can’t help but fall in love with it. You won’t want to go back [to other experiences].”

Ravasio said Hipcamp has seen so much demand, it often runs out of places to send potential customers. That growth extended far past the typical peak summer season and well into late fall.

People will learn more about where they live

Though the frequency and duration of trips have increased, the distance traveled has decreased. This will continue into the future and will lead people to discover more of the cool stuff within driving distance rather than jumping on a plane to a far-off land.

“The biggest trend is people are traveling closer to home,” Ravasio said. “There was 45 percent less distance traveled this year. People don’t want to go too far, don’t want to get on airplanes. So they want to understand their local region. Know more about ranchers, what’s better for the environment.”

Gray said RVshare has seen the most growth in northeastern states, with people in large cities picking up RVs and exploring state parks and other wilderness in that region. State parks, he said, had become some of his customers’ most coveted destinations.

VRBO’s trends held the same to its outdoor counterparts, as Hurst saw more people staying close to home, traveling to rural areas, and staying in private accommodations instead of large hotels and resorts.

“People are going to explore more where they live,” he said. “People are never not going back to New York or Vegas, but I hope they’ll spend less time in their home as they realize how much awesomeness is within three hours.”

There won’t be a “return to normal”

“The idea there’s gonna be a binary end to this and head back like nothing ever happened is far-fetched,” said Gray. “We’ve all positioned the vaccine as the point that fixes everything, but I don’t think this is going to be a switch flip thing.”

The topic of immunity passports was brought up, as a potential way for people to get back to traveling like we did in 2019. But most on the panel thought they probably wouldn’t have the far-reaching effect some had anticipated.

“It’s culturally ambiguous,” said Hurst. “I’d be surprised if immunity passports happen in the US. But people in Singapore, who are used to getting out of Singapore and have now been there ten months, they may be willing to do something out of their comfort zone to get out.”

The phrase “genie out of the bottle” became a theme of the roundtable, with all leaders citing some aspect of travel — whether it be working from home or travel flexibility – as a change that’s going to be irreversible. But most of the changes, they pointed out, are positive. So, more silver linings to look forward to in 2021.

Airports + FlyingHow To Plan for 2021 Travel in the Age of COVID, According To 23 Travel Agents
Tagged
COVID-19 Outdoor Travel
What did you think of this story?
Meh
Good
Awesome