For beer lovers around the world, fall doesn’t start until the Oktoberfest celebrations do. Munich’s centuries-old Oktoberfest is the standard bearer, but there are huge (sometimes surprisingly so) Oktoberfest parties as far away as Brazil, Hong Kong, Namibia, and the United States. At least, there are in a typical year.

Most breweries and event organizers canceled Oktoberfest celebrations near the start of the COVID-19 pandemic for the safety of both staff and potential festivalgoers. The decision marks one of the rare years with no main festival in Munich. Since the festival started in the early 1800s, it’s only been canceled a handful of times, most recently during World War II.

But just because mass gatherings are unsafe doesn’t mean Oktoberfest is entirely scuttled this year. A few breweries in the US are keeping the celebration alive with virtual activities, Oktoberfest beer releases, and traveling mini-events. Here’s how to still celebrate Oktoberfest in 2020. 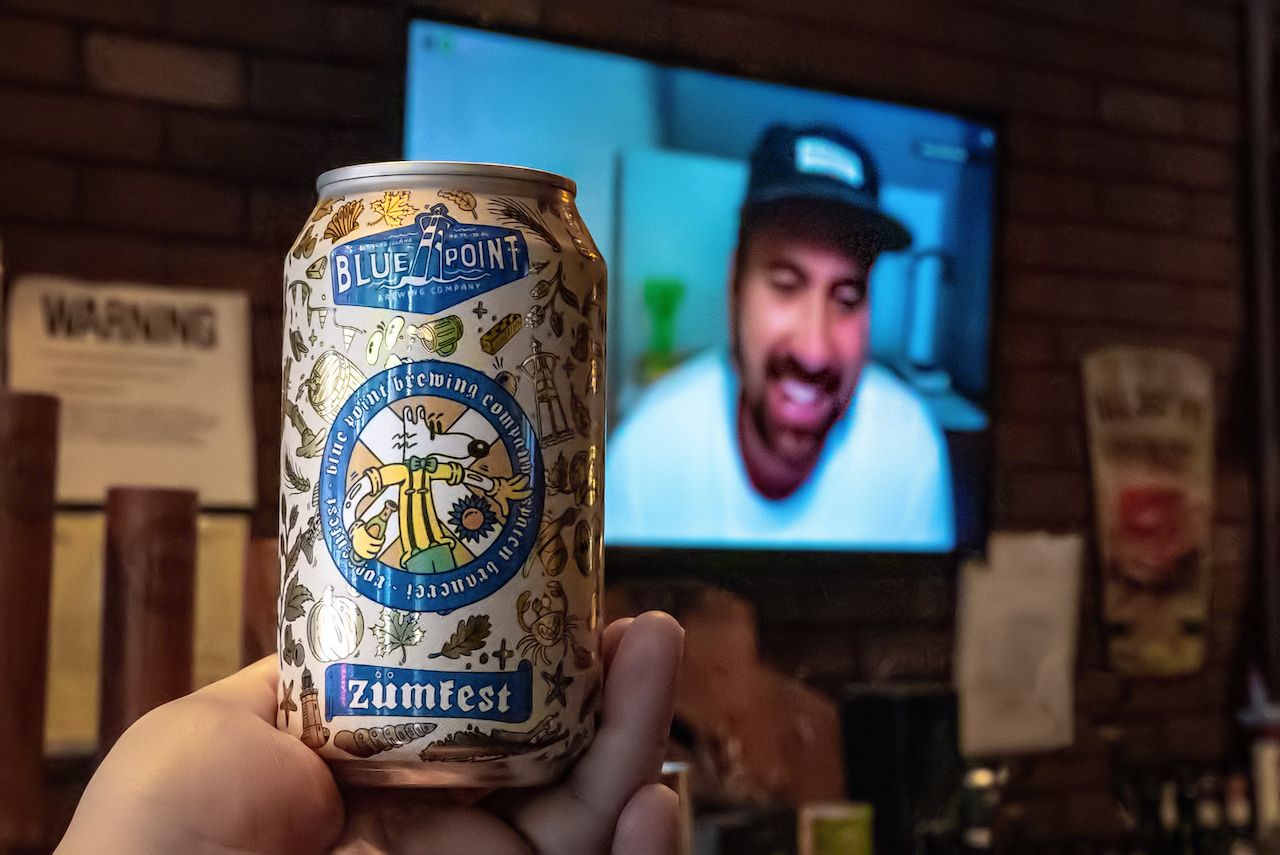 Blue Point Brewing Co. — based in Long Island, NY — is hosting an online Oktoberfest called Zümfest (as in Zoom, the video conferencing tool that took over so many lives the past few months) starting on September 19. Interactive live Zoom sessions are separated into five “tents” focused on arts, food, culture, business, and entertainment. There are cooking classes where you can learn how to make dishes like wiener schnitzel and spaetzle, beer and cheese pairings, and a Polka performance. Chopped champion Mini Melanie will teach a class on baking chocolate cake truffles using Blue Point’s Mother Pumpkin Ale. For those really trying to get into the spirit, there are Oktoberfest At Home food kits made by Blue Point’s brewpub and classic German delis in New York City.

In June, Ben Penman, Jen Penman, KC Philippi, and Jenny Philippi set out to create a virtual beer festival that didn’t suck. They named it The Last Drop Beer Festival, which provided a number of live streaming virtual events from breweries in the US. Now, the team is back at it with a virtual Oktoberfest called Droptoberfest.

“We decided to produce Droptoberfest because the real Oktoberfest has been canceled and this is our version and way to help save Oktoberfest,” Jenny Philippi said via email.

This time around, there will be Oktoberfest trivia, magic, music, and beer. Nine breweries will take part: Humble Sea, Bottle Logic, Cervezacito, Stereo, Moksa, East Brothers, Smog City, Chapman Crafted, and Enegren. Breweries will participate in a log sawing contest and a stein holding contest. Other entertainment will be provided by Nate Javier of Maker’s Magic, trivia hosted by Aaron Schwartz, and the bands Half Past Two, Greasy Spoons, and Da Stube Buben.

You can find more information on the official event website. Bonus: Guests will get a limited edition Droptoberfest stein. 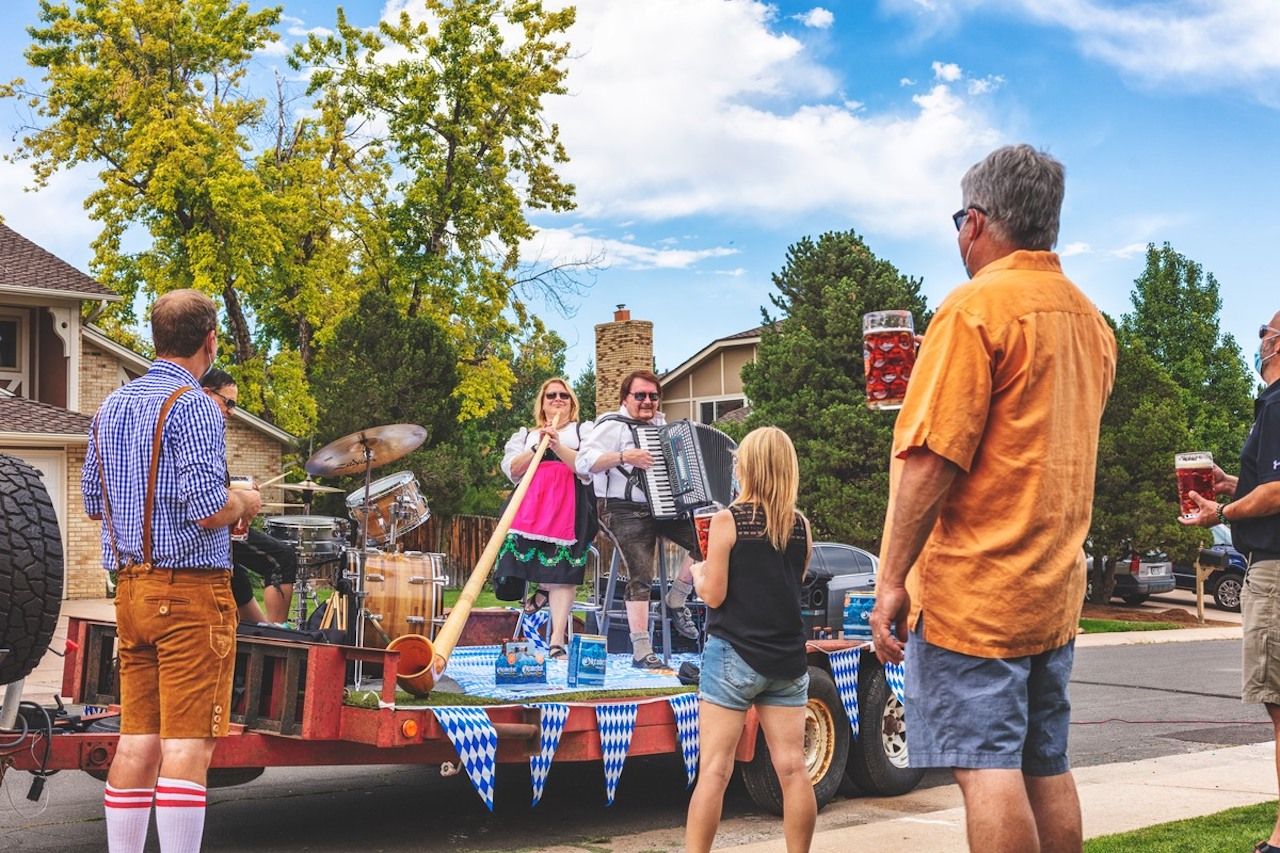 Since you can’t go to Oktoberfest, why not let Oktoberfest come to you? Breckenridge Brewery is sending a Jeep with a traveling Oktoberfest trailer carrying food, steins, and live music to homes in Denver and Colorado Springs for a driveway tour. While the brewery can’t provide the beer because of alcohol laws, pretty much everything else is accounted for (at least for people who have a space about 30 feet long to accommodate the Jeep and trailer carrying The Rhinelander’s band).

Check the Oktoberfest Mini Driveway Tour event page to see if you’re in the qualified area. Those who are can sign up by September 12 to be selected as a party zone, and seven people will be chosen by random drawing for each day.

Running might not be the first thing that comes to mind when considering how to spend Oktoberfest 2020, but this is no normal Oktoberfest year. The Oktoberfest Virtual 5K is asking people to run to raise money for the hard-hit restaurant industry. You choose the course and report your own time, and proceeds will be donated to the Baltimore Restaurant Relief Fund, Restaurant Employee Relief Fund, and Restaurants Care. After the run, it’s on you to eat a brat and drink a festbier.

Register for $45 on the event website by September 17. Participants will get an Oktoberfest 5K shirt as well as the satisfaction of knowing they supported a good cause.

When: September 19 through October 4

Newberry, SC, typically has an Oktoberfest that shuts the streets for all the right reasons: local vendors, competitions in lederhosen, live music, and plenty of beer and food. A smaller virtual event this year will try and bring as much of the family-friendly fun as it safely can. The virtual Newberry Oktoberfest will feature a German traditional dress contest (done with photos rather than in person), a dance video contest, and a virtual vendor fair. You can make crafts with the Newberry Arts Center, as well as learn classic Oktoberfest recipes from Newberry chefs.

More information and how to view contests and events are on the Newberry Oktoberfest website.

When: September 20 through October 3

Food + Drink9 Cities Around the World With Surprisingly Huge Oktoberfests
Tagged
Beer
What did you think of this story?
Meh
Good
Awesome