For many visitors, the incessant honking of bike, taxi, bus, and lorry horns provides the first greeting to Ho Chi Minh City beyond the arrivals hall at Tân Sơn Nhất International Airport. The sounds of the city streets provide a strident daily soundtrack in Saigon, along with karaoke being sung spectacularly off-key from a street corner somewhere, assisted by copious cans of Tiger beer and cheap speakers. South Asia has bigger cities — and ones with more impatient and hot-headed drivers — but Vietnam’s commercial capital is alive with energy and as noisy as can be. There are, though, a number of places where you’ll find serenity in the form of peace and quiet. These are the best ways to escape the noise of Ho Chi Minh City. 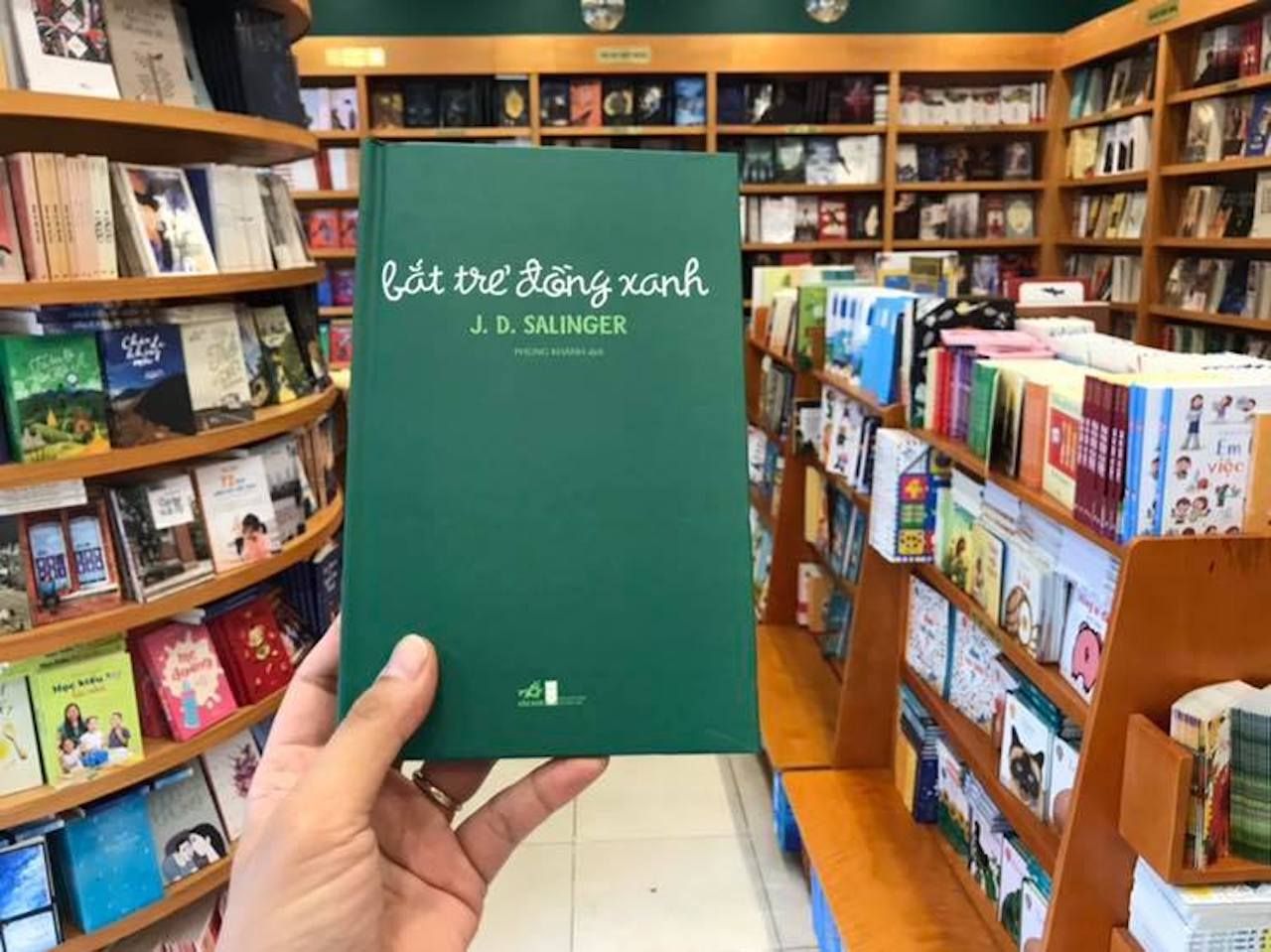 There must be a Spotify playlist called “Saigon coffee shops” as they all seem to play the same pop tunes on repeat ad infinitum. Nhã Nam Café is special — it’s music-free and aimed at book lovers more than those after coffee and conversation. “The Hobbit” is the quietest room, where exposed brickwork, book-lined walls, and an old overgrown tree in the courtyard that wouldn’t look out of place in the aforementioned Tolkien novel combine to create a quirky, studious vibe. It’s hidden from the bustle of the street outside, creating the best place in the city to relax and put back the pages you didn’t get to on the plane. 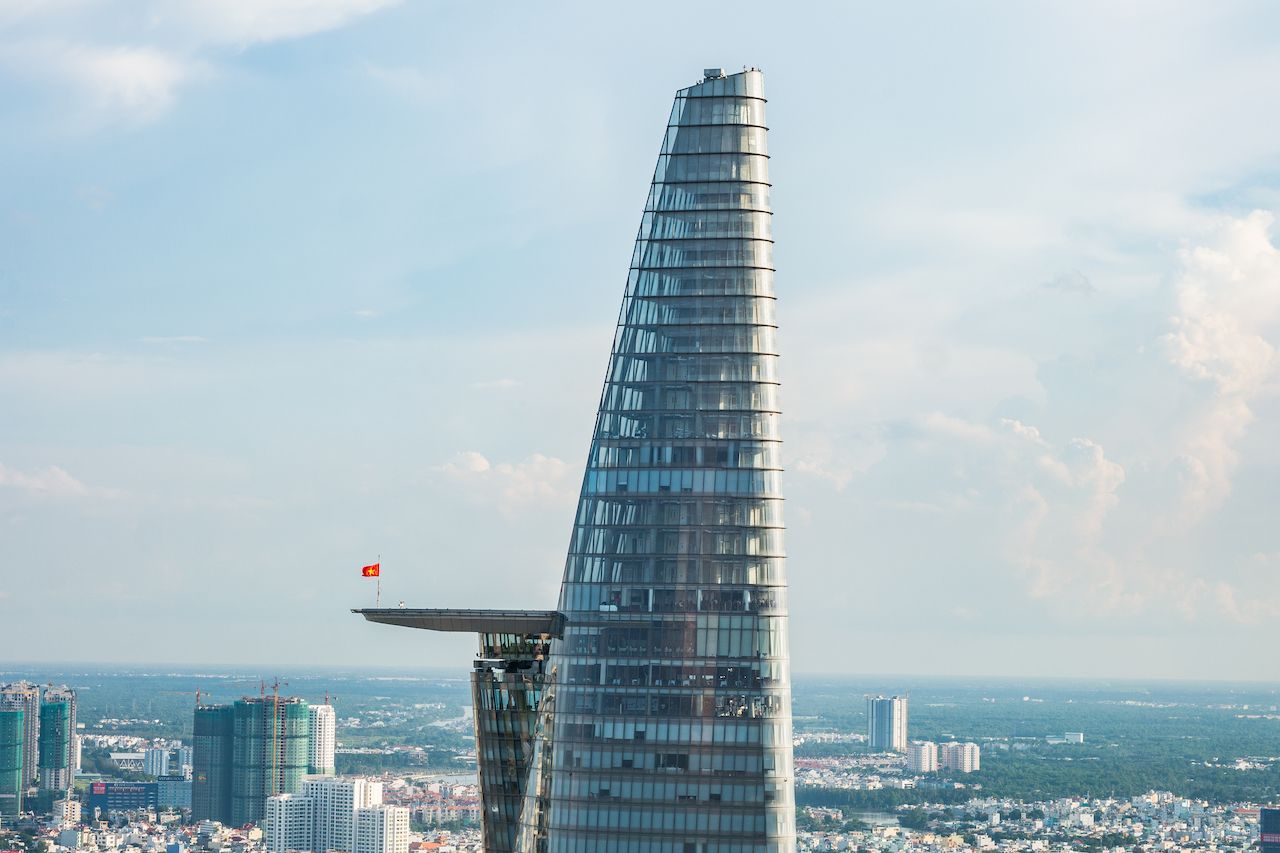 The misnamed Landmark 81 Tower — it has 82 floors — recently usurped Bitexco Financial Tower as Ho Chi Minh’s tallest building (it’s also the tallest nationwide and the 14th highest globally). While you won’t be able to hear the engines rev and throb from that high above, the tower is very crowded with tourists, and expensive. Go to Bitexco instead. It’s $9 (a quarter of Landmark’s price) and still pretty darn tall at 856 feet high, offering a sufficiently dizzying widescreen view without the crowds. 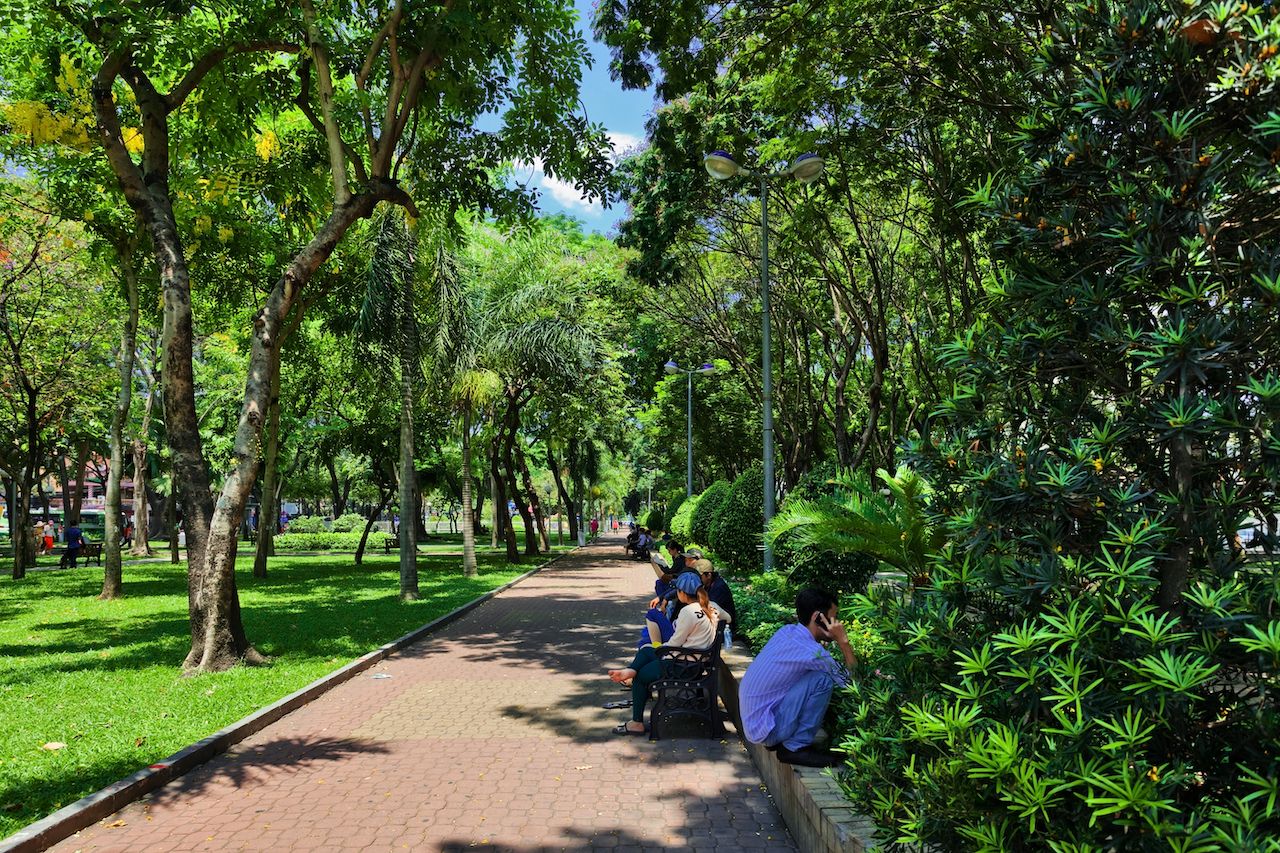 Ho Chi Minh’s green spaces are dwindling as building projects arrogantly encroach, but there are still a number of parks and open spaces that offer a dose of solitude. At Văn Thánh, the toots of the motorbikes are barely audible, and if you come before 7:00 AM, you’ll catch older locals doing gentle tai chi workouts. The trick here is to come on weekdays because during weekends, the space is more crowded, and there is often electronic dance music bringing a party to the park from mid-morning until midnight. Hoàng Văn Thụ is another good place to relax on the grass and stroll the wide paths.

Even if you don’t have time to borrow, read, and return any books, the General Science Library, with a refurbished modernist design, dates back to 1868 and is even quieter than Nhã Nam Café. It’s free to visit for one day and has its own slice of history too (it was used as a prison in the 1950s). Tourists don’t come here despite it being in the heart of District 1. But you should come if Ho Chi Minh becomes too stressful. The only sounds you’ll hear are muffled whispers and the concentrated clacking of keyboards.

Restaurants off the main streets 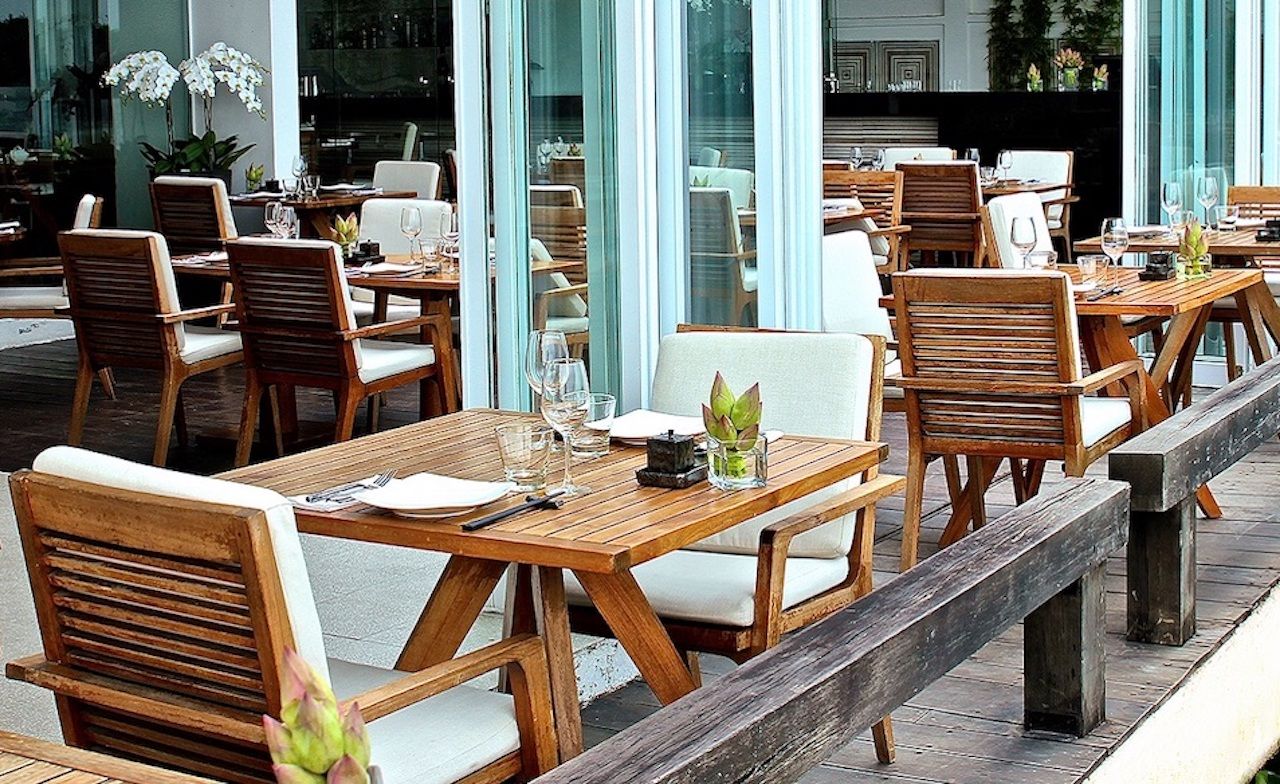 While Bangkok gets more attention, Vietnam — and Ho Chi Minh in particular — takes its food incredibly seriously. You’ll catch whiffs of sizzling meat and simmering broth every morning when you hit the street, so do yourself a favor and oblige. You can, of course, pull up on a small plastic stool and eat on the street, but if striking up a conversation isn’t part of your plan, head for a restaurant removed from the street corners.

Reached only via a private street, the Boathouse at 40 Lily Road in District 2 has a relaxing river and an international menu of Eastern and Western dishes, and it’s one of the few places in this sprawling city where you can find a Western-style breakfast served all day. There’s also The Deck down the road, which is more romantic but twice the price. Eating in Vietnam isn’t always easy for vegetarians, but Chay Garden’s is a solid place to start. The restaurant’s courtyard décor — sunflower yellow walls and purple plump cushions — is a great spot to decompress over a healthy meal.

Where: Throughout the city

A Buddhist pagoda that doubles as an orphanage for abandoned children with special needs, Ky Quang II is a large, welcoming, spiritual space that exudes a bright and calm cheerfulness, assisted by several golden dragons and gargoyles. Its five levels also provide a corresponding sense of solitude. The senior monk here, Thích Thiện Chiếu, has achieved local fame and respect for his enduring love and care for the kids, and it’s incredible how peaceful the ambiance is. 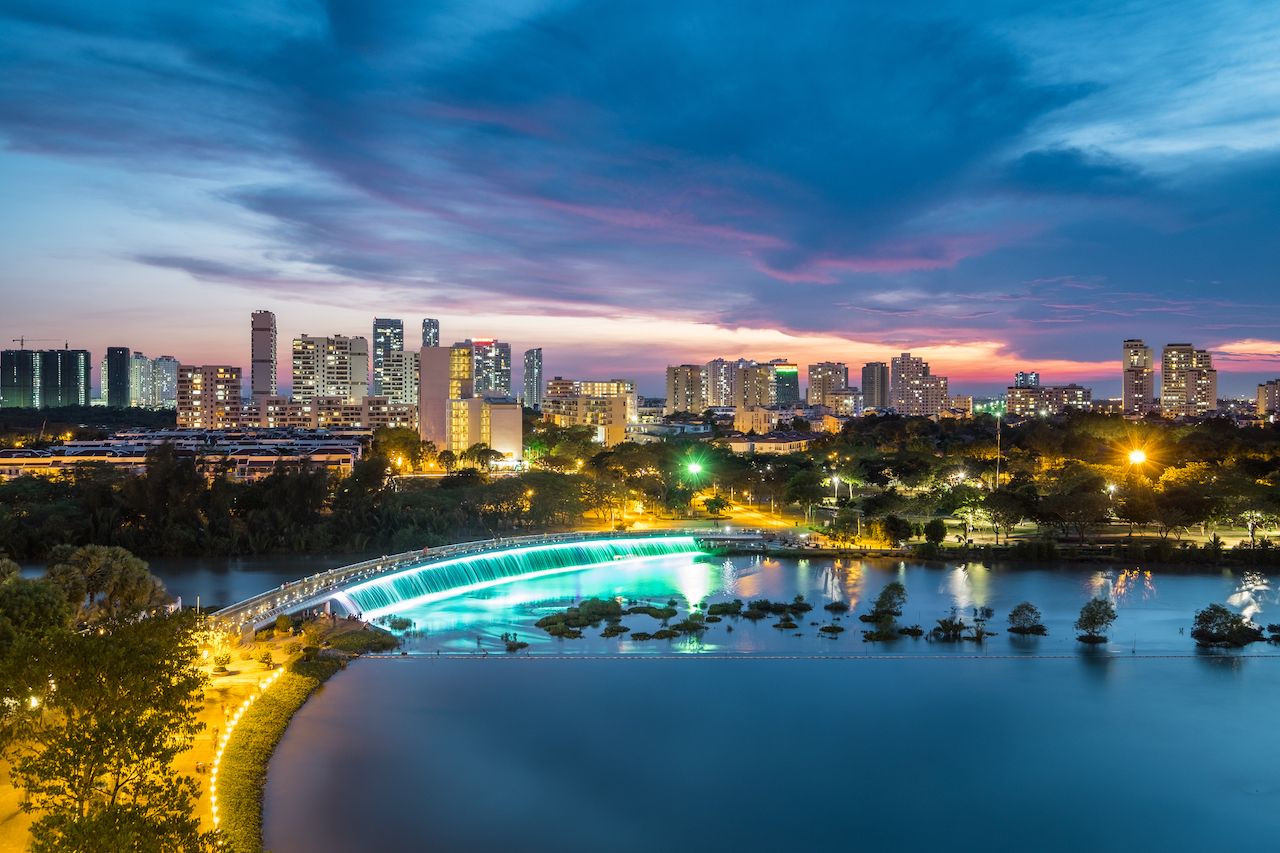 Head to The District — District 7, or Phú Mỹ Hưng, to be precise — for a relaxing, if somewhat unusual, vibe within the heart of the city. Designed by Koreans for Koreans, this newer neighborhood is refreshingly different from downtown. Here, the traffic thins out, the roads widen, and greenery actually makes an appearance. Plus, few tourists visit, so come and watch people stroll around the manicured park behind Crescent Mall. Check out the trippy exhibits at the Artinus 3D Art Museum and the playground-meets-educational center that is Vietopia.

Before you head out, be sure to walk across the Starlight Bridge and take a photo of the waterfall. The trick here, as with the city’s parks, is to come during daylight hours as nearby bars tend to blast Korean pop music from the early evening, marring an otherwise peaceful zone. 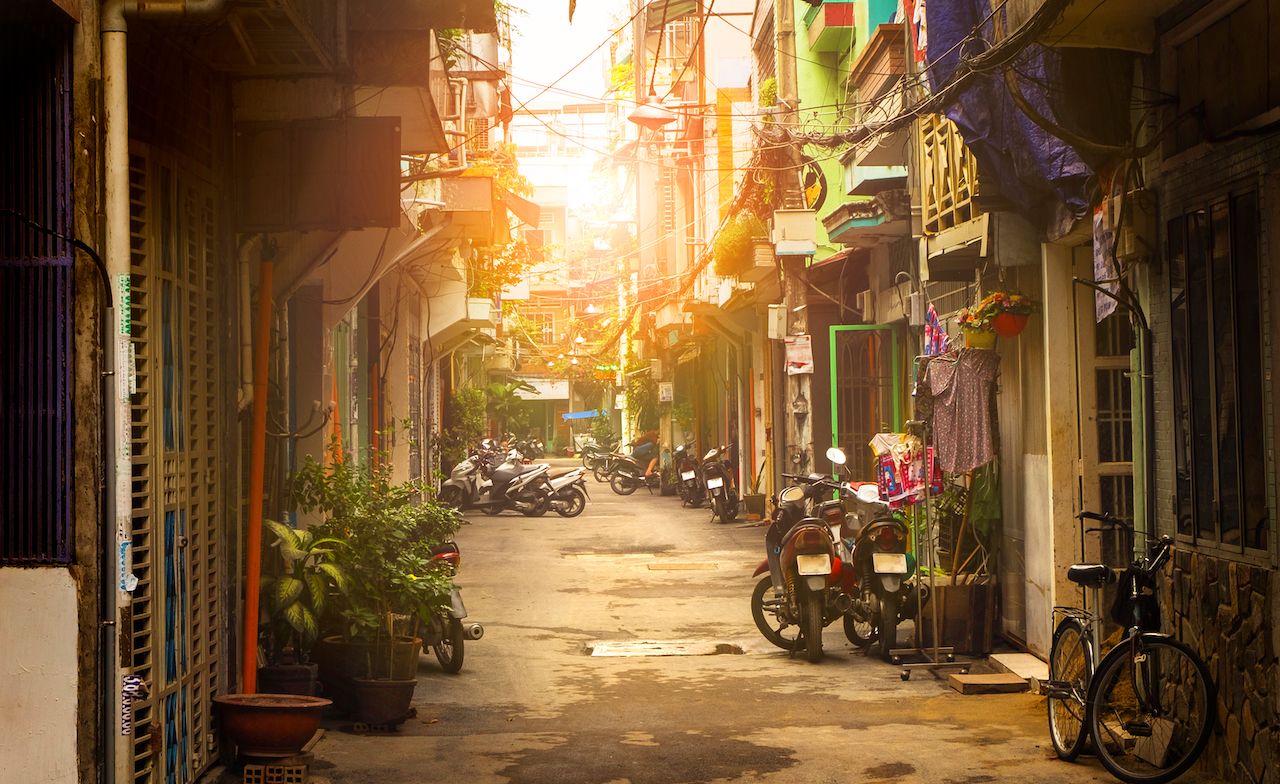 Ho Chi Minh never sleeps and neither will you unless you choose your accommodation carefully. Even if a high-end hotel isn’t in the budget, you should input “quiet” as a criterion when browsing hotels online. The key is to find hotels that are located in a hẻm, or alleyway, because they won’t have the motorbike noise that hotels located on main thoroughfares have to deal with. Also, stay as high up in the hotel as you can as this puts you further from the street and thus, further from the noise.

Try Fusion Suites for its alley location in District 1 (about $100 per night). To absolutely ensure you do sleep soundly, head to District 2 instead, about four miles away. Villa Song’s riverside location is tranquil but pricey, and the Thao Dien boutique hotel is cheaper and still peaceful.

The whole city during Tết 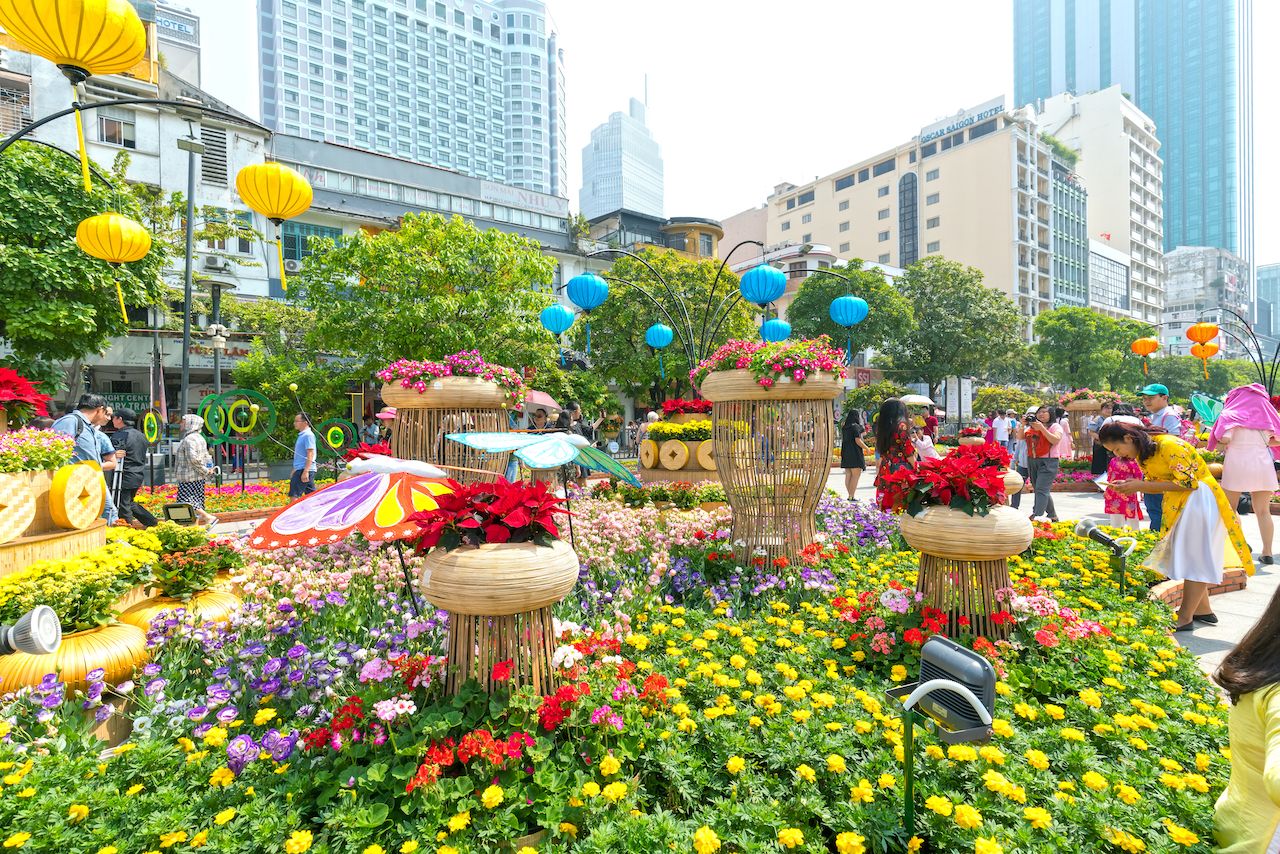 For one week annually (January 24-29 in 2020), the city nearly empties as most residents head home for the Lunar New Year, known as Tết. While family-run places shut down, most tourist attractions and the restaurants that cater to them remain open, and traffic across the city noticeably decreases. So, if Ho Chi Minh appeals but you’re afraid this relentlessly impatient and noisy city will leave you feeling frazzled, come at this time. In addition to being the mellowest time of year, it’s also quite beautiful. Abundant fresh yellow and red spring flowers are everywhere — daisies, chrysanthemums, and apricot blossom — coupled with people smiling even more than they usually do make Saigon look positively radiant.

One Minute in Vietnam

How To: Ride an Overnight Bus in Vietnam

Notes on Running Out of Money

Notes on a Saigon Motorcycle Pimp

Notes on Walking Around Saigon

How To: Move To Saigon