It can be difficult to visualize the impact of social distancing on some of the world’s busiest places. If you’re not out there witnessing it yourself, understanding the dramatic decline in visitors feels abstract. Photos like these, from photographer Jampal Williamson, help give us a clearer picture of exactly what effect social distancing and lockdowns are having on beaches in Sydney, Australia.

Co-founder and photographer at Salty Wings, a photography studio, Williamson captured aerial images of some of Sydney’s most popular beaches, and juxtaposed them with photos of the same packed beaches pre-lockdown. 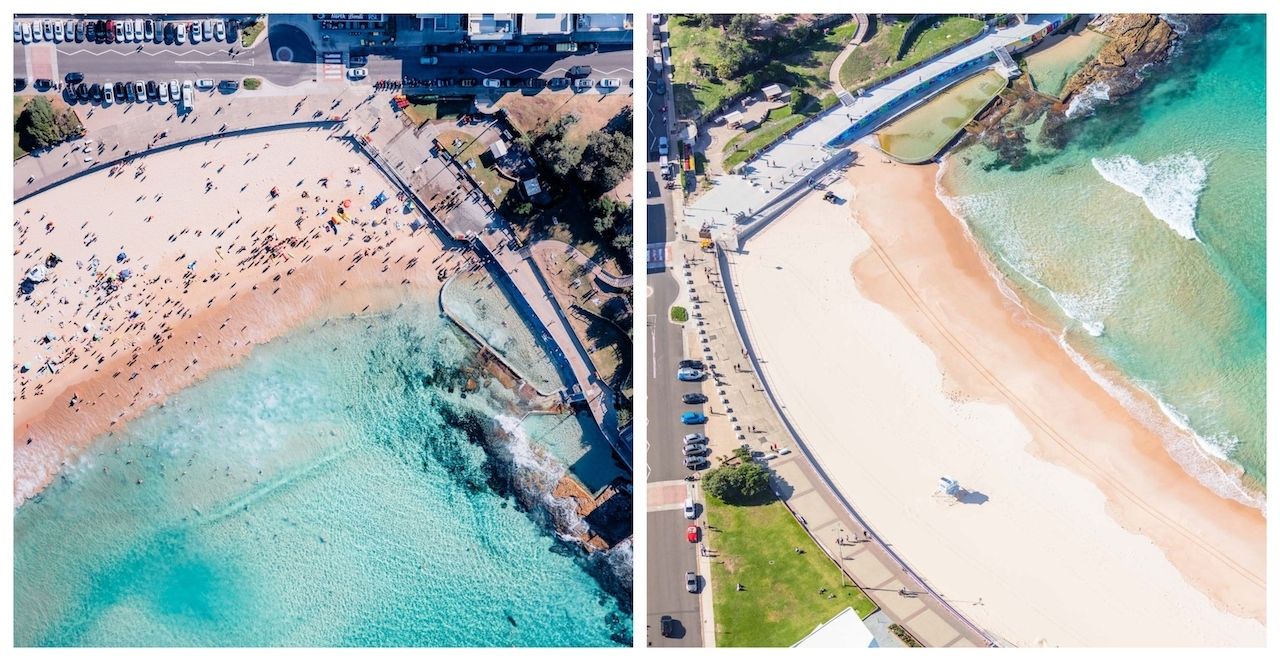 North Bondi Beach before and after the lockdown (Photo: Jampal Williamson/Salty Wings)

Williamson told BuzzFeed, “To see Sydney’s beaches deserted like this was surreal and not something I have ever seen before.” 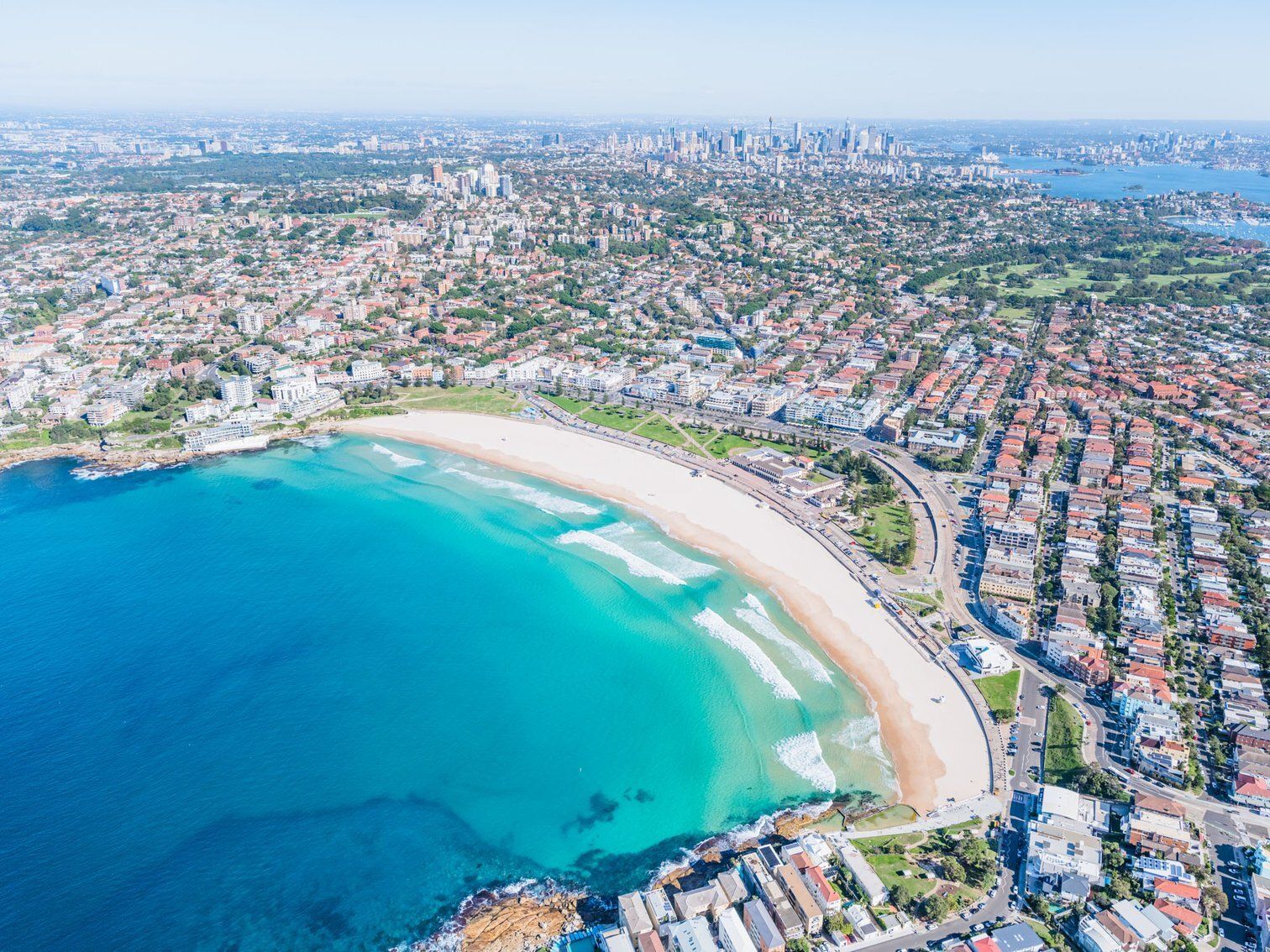 Williamson took photos of Coogee, Bronte, Tamarama, and Bondi beaches, which are typically some of Sydney’s busiest beaches. 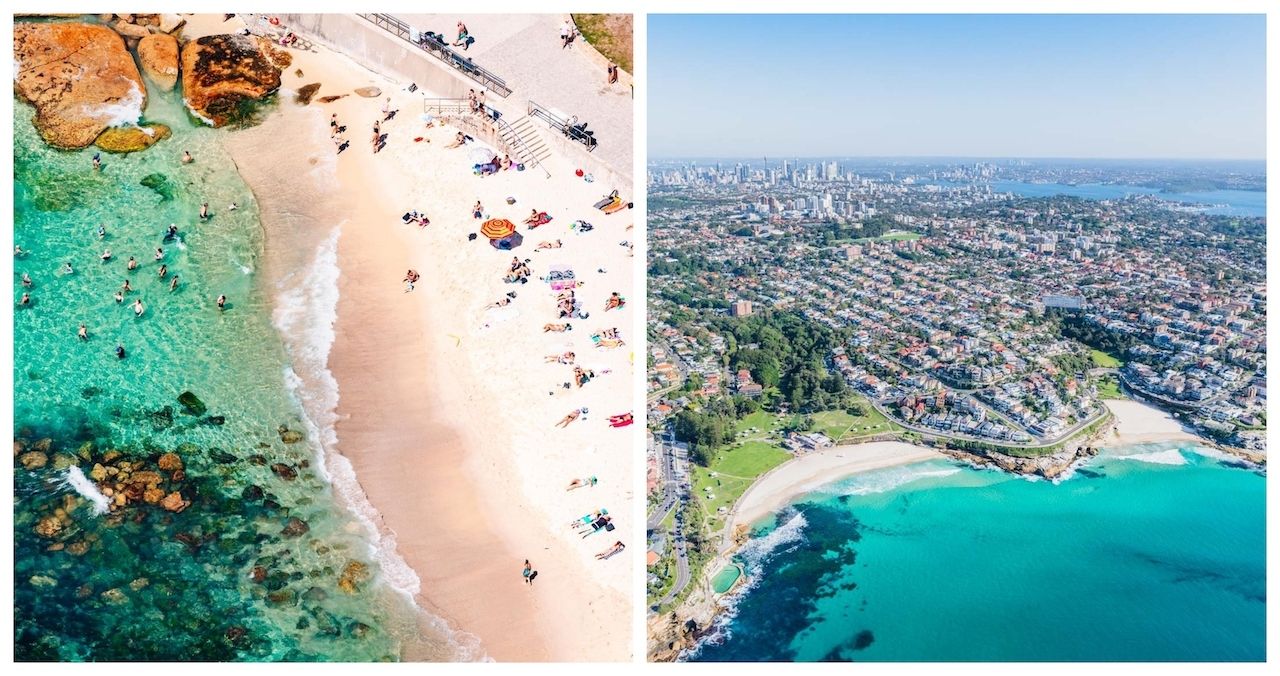 Bronte Beach before and after the lockdown (Photo: Jampal Williamson/Salty Wings) 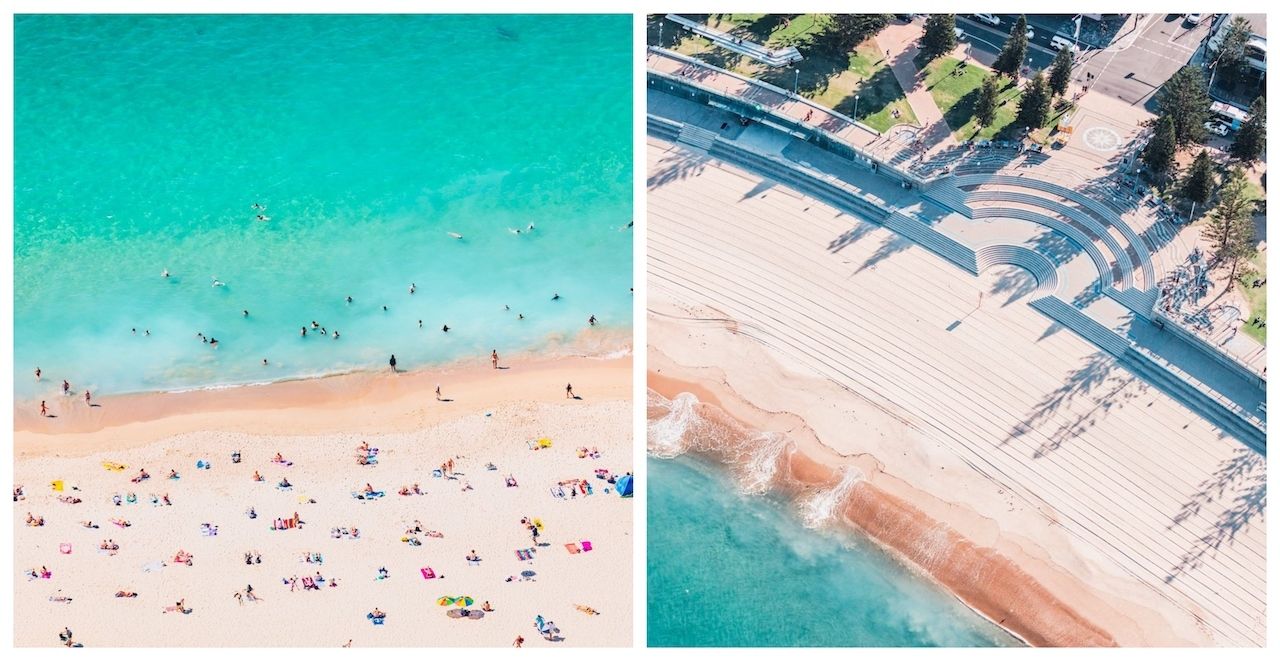 Coogee Beach before and after the lockdown (Photo: Jampal Williamson/Salty Wings)

“Although I have marvelled at seeing these beaches bare,” Williamson said, “I’m also yearning for them to reopen and for everyone to enjoy them again.”

As beaches gradually begin to open in the United States and elsewhere in the world, we can only hope that they don’t start resembling the “before” pictures too prematurely. Empty beaches might look a bit sad, but for now, that’s exactly what we need.

TravelJacksonville Opened Its Beaches This Weekend, and It May Be a Look at America’s New Normal
Tagged
News
What did you think of this story?
Meh
Good
Awesome