On January 20, 2009, I watched President Barack Obama be sworn into his first term of office. I had flown out from my home in California with the Presidential Youth Leadership Conference, and “prime” wouldn’t be the word I’d use to describe our view. I had to squint to make out the outline of the main event past the many massive screens that lined the sides of the lawn in front of the US Capitol building.

I was 17, extremely unprepared for how cold DC is in January, and easily distracted by a new group of friends. I was also completely captivated by the act of having the chance to experience history first hand.

The saying that travel is about the journey not the destination doesn’t apply to things like presidential inaugurations. The inauguration is a reminder every four years that despite differing ideological stances and lifestyles, the peaceful transition of power keeps us moving forward.

This year, things are different. The Joint Congressional Committee on Inaugural Ceremonies announced in December that the 200,000 tickets that members of Congress receive to hand out to constituents was brought down to 1,000 due to the surge in COVID-19 cases. Limits were put in place to keep crowds from gathering in the usual spots in DC.

Then, on January 6, the halls of Congress were invaded by far-right extremists who planned to take hostages and stop the certification of an election that Joe Biden won by seven million votes — the second-highest popular vote margin in a US presidential election after Obama’s 10 million popular vote margin in 2008. The photos and videos from January 6 were indescribably shocking. Five people died, including one Capitol Police officer who was attacked by a rioter with a fire extinguisher. People wearing neo-Nazi clothing strolled through the halls of Congress while others kicked their feet up on desks and stole from congressional offices. The Confederate flag flew inside the building — something that actual Confederate soldiers were never able to accomplish during the Civil War.

The inauguration is now, reasonably, even more restricted as the threat of further violence looms close.

A prime-time TV special featuring Tom Hanks, Jon Bon Jovi, Demi Lovato, and other celebrities will air as a replacement to the normal cycle of balls and parties. The Presidential Inaugural Committee has put about 191,500 US flags on the National Mall to represent “the American people who are unable to travel to Washington, DC.” The presidential motorcade and other symbolic traditions will be altered significantly or scrapped entirely. 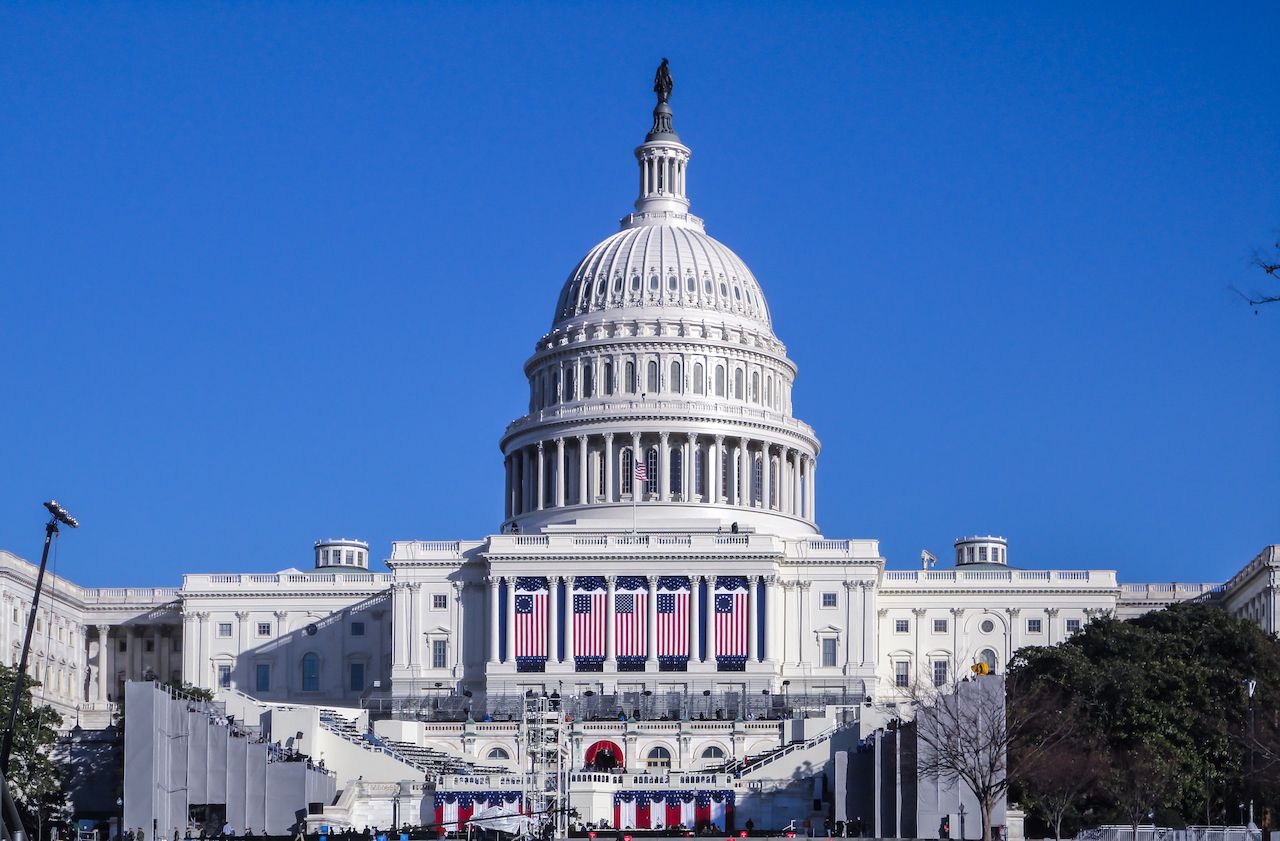 This isn’t the first time the country has undergone a contentious inauguration. Herbert Hoover and Franklin D. Roosevelt, for example, had a famously uncooperative transition period, though they still followed through with a show of solidarity in the end. Trump’s inauguration in 2017 was marred by protests and marches with millions of people the following day — more, even, than the number of people who showed up for the inauguration. It’s also far from the first time that political unity seemed a far off concept. Trump, who refuses to attend the inauguration, is the first president in modern history to skip the transfer of power, but he’s not the only one. John Adams did in 1801, John Quincy Adams did in 1829, and Andrew Johnson did in 1869.

A peaceful transfer of power has historically been a defining characteristic of American democracy. Taking part and seeing it in person has been the peoples’ right, and watching one political party hand over power to another can be a unifying moment regardless of who you voted for. Yet in a year that feels more divided than ever, access is justly limited.

The myriad safety precautions are necessary in large part because of the country’s lack of leadership over the past year, starting when the first COVID-19 case was officially diagnosed in the US on January 20, 2020. Years of lies and misinformation from those in power culminated in 2020 to turn conspiracy-minded individuals into national security threats. The list of reasons why we need heightened inaugural security and lower attendance is long, as anyone who has doom-scrolled through the year knows all too well.

So Americans who can’t travel to see the inauguration will be replaced with flags and miss the opportunity to see one of the most important traditions in our democracy. This inauguration has the added historical significance as the day that Kamala Harris — the nation’s first woman, and first person of Black and South Asian descent — takes the office of vice president. Harris’s swearing in will be as much about recognition of the long road to get to this point as it is about hope for the future, which is perhaps best described by Representative Ilhan Omar and the other women who joined in a powerful USA Today op-ed.

A lack of public access doesn’t change the point of the inauguration. Biden and Harris will still be sworn in, and they will still officially start their term at noon on January 20, just like the 20th Amendment to the Constitution mandates. This also likely won’t be the last time a new US president will be forced to hold an irregular inauguration.

What’s lost is the opportunity for Americans to witness a major part of what the country stands for. Students won’t be able to attend or be in the nation’s capital for a potentially life-shaping event. Women of color who have waited their entire life to see themselves reflected in one of the highest positions of power will have to settle for a celebration mediated by screens. People of all political leanings won’t be able to personally witness the transfer of power that shows our nation will continue on like it has for centuries.

Bearing witness is one of the key parts of travel that makes being somewhere special. So much of the world is now accessible to us online, yet the draw to be present still moves people to get up and go to see events and places and moments in time in person. However, if there’s anything that 2020 taught us, it’s that sometimes traveling to see the world and the events that shape it isn’t possible. Hopefully, a restricted inauguration in 2021 means more people will be present to witness history on January 20, 2025.

SustainabilityFor More and More World Leaders, Destroying the Environment Is Key To Their Power
Tagged
COVID-19 Events Travel United States
What did you think of this story?
Meh
Good
Awesome