There are few things we can be sure of in this world. One of them is that pumpkin beer will take over the shelves of American grocery stores from October to November, and then disappear just as quickly. This doesn’t happen in other beer-loving countries, making it a beloved (or hated) tradition that’s special to the US of A. But it wasn’t always this way.

Legend has it that Owens was inspired to create a pumpkin beer after reading that President George Washington brewed beer using squash. Pumpkin was the most popular and accessible squash at the time, so it was likely pumpkin that Washington used. Owens grew a pumpkin, baked it in the pizza oven at his brewpub, and then mixed it in with the rest of the malt.

There was just one major problem: The finished beer simply tasted like a regular beer, Owens told All About Beer. The sugars in the meat of the pumpkin fermented like the sugars in traditional brewing grains, and there was no hint of pumpkin. So Owens bought a can of pumpkin pie spices and added it to the mix. Voilà, the modern pumpkin beer (or pumpkin pie beer) was born. 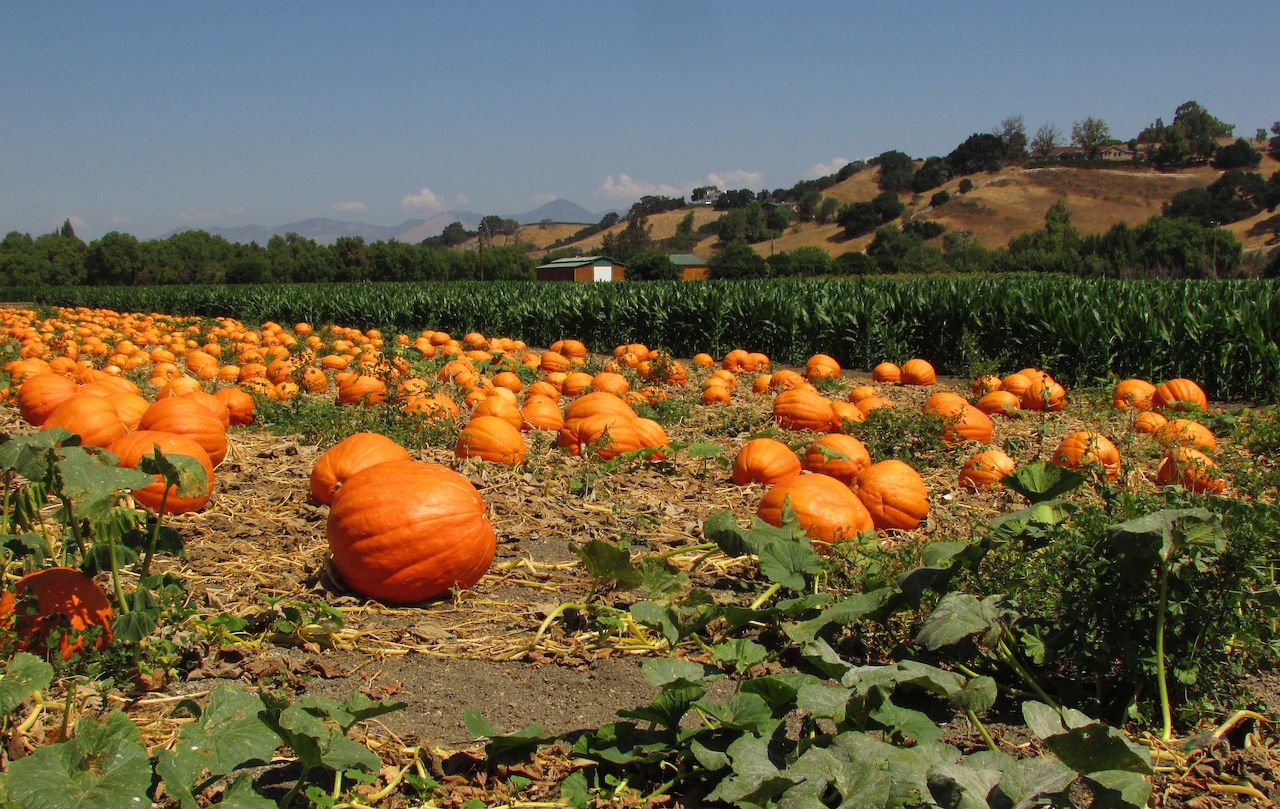 Owen’s spices made Buffalo Bill’s pumpkin beer the first modern iteration, but it was far from the first overall. Pumpkin was one of the lifelines for early American colonists. Grains they had used in Europe to make beer weren’t as available in the New World. Water was unsafe to drink. These early colonists needed some alcohol to sip throughout the day, and they needed it fast. Enter the big orange gourd.

Pumpkins grew wild and free in North America. They’re easy to grow and easy to cook. Best of all, they’re easy to ferment into beer. If it weren’t for pumpkins, in fact, the colonists would have been in hot water. Hot, bacteria-filled water they couldn’t drink.

Catchy. And it wasn’t even the only rhyme dedicated to pumpkins and pumpkin beer. What’s believed to be the first folk song in American history was written down in 1643. It, too, credits pumpkin beer for the very existence of colonial life.

“Instead of pottage and puddings and custards and pies
Our pumpkins and parsnips are common supplies;
We have pumpkin at morning and pumpkin at noon;
If it was not for pumpkins we should be undone.

Hey down, down, hey down Derry down.
If barley be wanting to make into malt
We must be contented and think it no fault
For we can make liquor to sweeten our lips
Of pumpkins and parsnips and walnut tree chips.”

America’s beer wasn’t the spiced-up brew we know today, but it was even more ubiquitous. It was a cost and availability thing that drew people to it rather than the nostalgia of tasting Thanksgiving flavors in an alcoholic beverage, though. As a 1939 story in Washington DC’s Evening Star puts it, “Pumpkin beer was a beverage that owed much of its popularity to its low cost of making.” 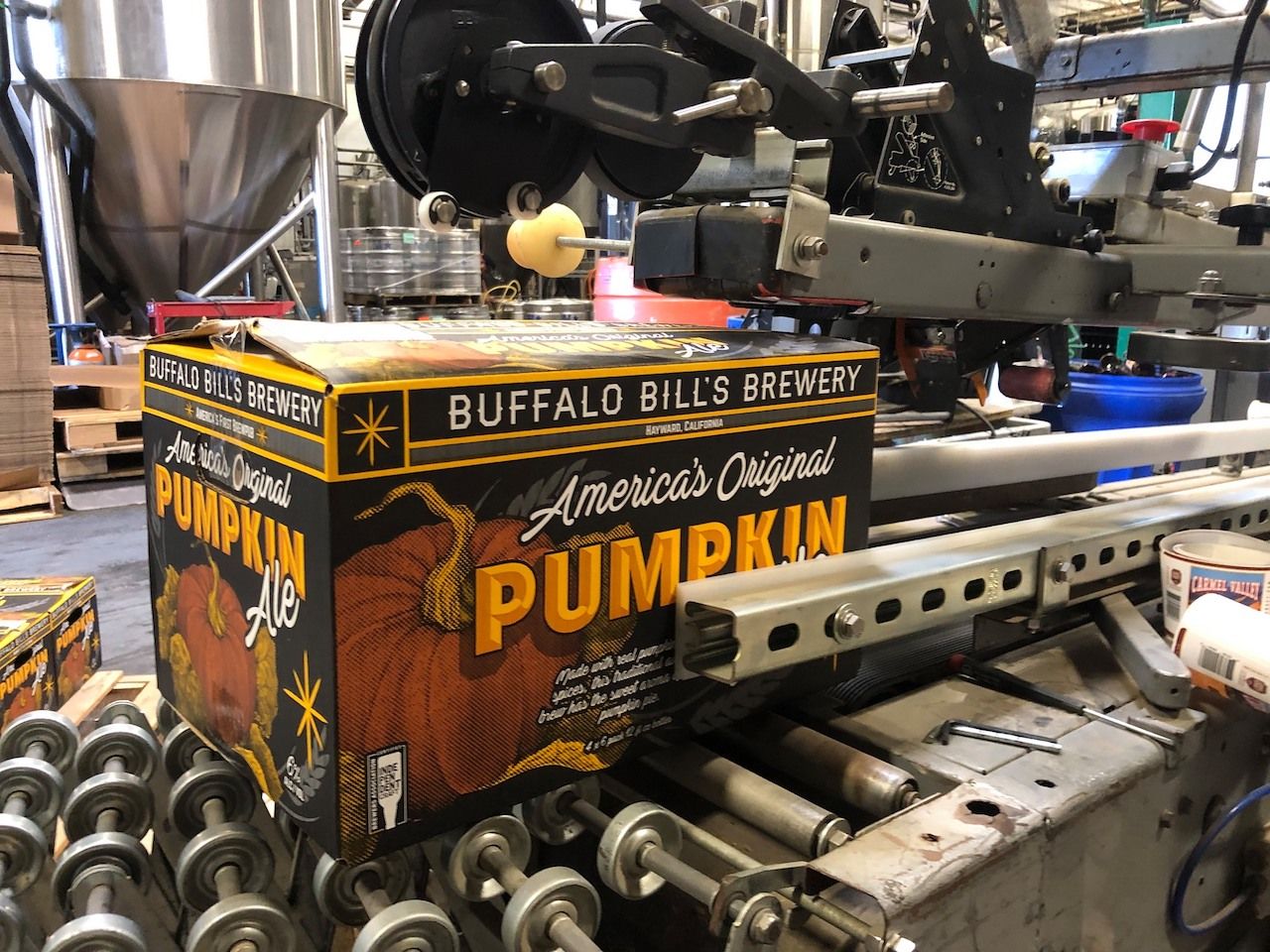 Pumpkin respect has come a long way since those days of gourdy folk songs. Pumpkins are just as likely to be launched out of a catapult or turned into a boat at US pumpkin festivals as they are to be eaten. Mention “pumpkin” in the context of food, and people in the US will think of pumpkin pie spices and Starbucks, not the lifeblood of an entire colony. For better or for worse, “pumpkin flavor” now means cinnamon, nutmeg, ginger, allspice, and cloves. Pumpkin beer is no different.

“Some modern pumpkin beers do use actual pumpkins,” says Neal Ryan, a cicerone and the sales manager at Boise Brewing in Idaho. “Most likely in a puree form or juice. Some will actually use the pumpkin or another squash in the process.”

But, he adds, “the key is the flavor and the spices and not the actual veg/pumpkin. It just needs to taste like fall.”

Because the spice is the key component, pumpkin beers really don’t even have to be tied to fall. Pumpkins are harvested in the fall, so beers made the old way with real pumpkin, can’t be released until much later. It would take a brewer sourcing pumpkins by late August to have a fresh pumpkin beer on the shelves by October 1, Ryan says.

Which brings us to the ultimate conclusion: When it comes to the great American pumpkin beer tradition, it’s about sweater-weather flavors, not actual pumpkins.

Buffalo Bill’s played its own not-so-small role in shaping what we know as pumpkin flavor. It claims its history whole-heartedly, and today, the brewery’s Pumpkin Ale packaging declares “America’s original.” Love it or hate it, the brewery has created a modern American classic that’s based off a 1600s American classic. That in itself is worth popping a top.

Beer8 Pumpkin Beers Made With Real Pumpkin
Tagged
Beer
What did you think of this story?
Meh
Good
Awesome