In one early scene of Raya and the Last Dragon, the titular heroine follows Chief Benja, her ba (father), into the kitchen, where the pair leans over a simmer pot of what looks like shrimp curry. Raya thinks the dish doesn’t quite taste right, so her father adds “shrimp paste from Tail, lemongrass from Talon, bamboo shoots from Spine, chilis from Fang, and palm sugar from Heart” — ingredients each region in a fractured, warring nation once known as Kumandra, which also happen to be the foundational ingredients that show up in recipes from countries in Southeast Asia like Indonesia, Malaysia, Vietnam, and the Philippines. The intimate interaction between father and daughter immediately reminded me of my own dad, who is half-Indonesian, spooning sambal in a steaming bowl of pho, and reminding me to add terasi — shrimp paste — to nasi goreng, Indonesian fried rice. My dad taught me how to connect to my ancestors, and my Indonesian heritage, by teaching me how to cook their food, and in that moving sequence, Chief Benja tries to impart a similar lesson to his daughter.

In Raya and the Last Dragon, Raya and her father protect the Dragon Gem, an ancient relic which protects each region of the once united Kumandra kingdom. Five hundred years ago, the people of Kumandra lived alongside dragons, who protected the humans, brought them prosperity, and showered the land with rain so that it could thrive and grow. But then the Druun, purple orbs of energy that suck the life from the land, turning water to dust and people to stone, appeared and destroyed Kumandra. In a last ditch effort to save their home and their people, the remaining dragons poured their magic into the gem, defeating the Druun, reviving all the people but turning to stone themselves. Kumandra split into five tribes, each one vying for control of the gem. In the film’s present, the gem is destroyed after a shocking betrayal, and the Druun return. Raya must search Heart, Fang, Spine, Tail, and Talon for Sisu, the last dragon, who can restore the gem and unify Kumandra.

Director Don Hall told the BBC that “decision to film in the region was inspired by a trip the filmmaking team took” to Southeast Asia, and that Kumandra is a fantastical version of the region — it’s not meant to mirror it exactly. Still, there are clear nods to some Southeast Asian cultures peppered throughout the movie. In one scene, Chief Benja appears to wear a mask resembling a yaksha, the Thai demons who guard Buddhist temples. In another, representatives from each tribe gather in Heart, and their clothing resembles batik cloth; batik is an Indonesian technique for decorating material with intricate and delicate patterns.

Piles of dragon fruit and durian make cameos throughout the film — fruits which are often maligned in the media. And Boun, one of Raya’s allies, stocks little wooden pots of what looks like sambal on the combination restaurant and water taxi he uses to shuttle Raya and her companions from tribe to tribe. In one especially moving scene, Sisu and Boun drop flowers into the water in honor of their families who have been turned to stone by the Druun, which look nearly identical to Balinese Hindu canang sari flower offerings. Another long sequence takes place in Talon, a floating market that could easily be considered an homage to Cai Rang Floating Market in Vietnam, or the Maeklong Railway Market in Thailand. 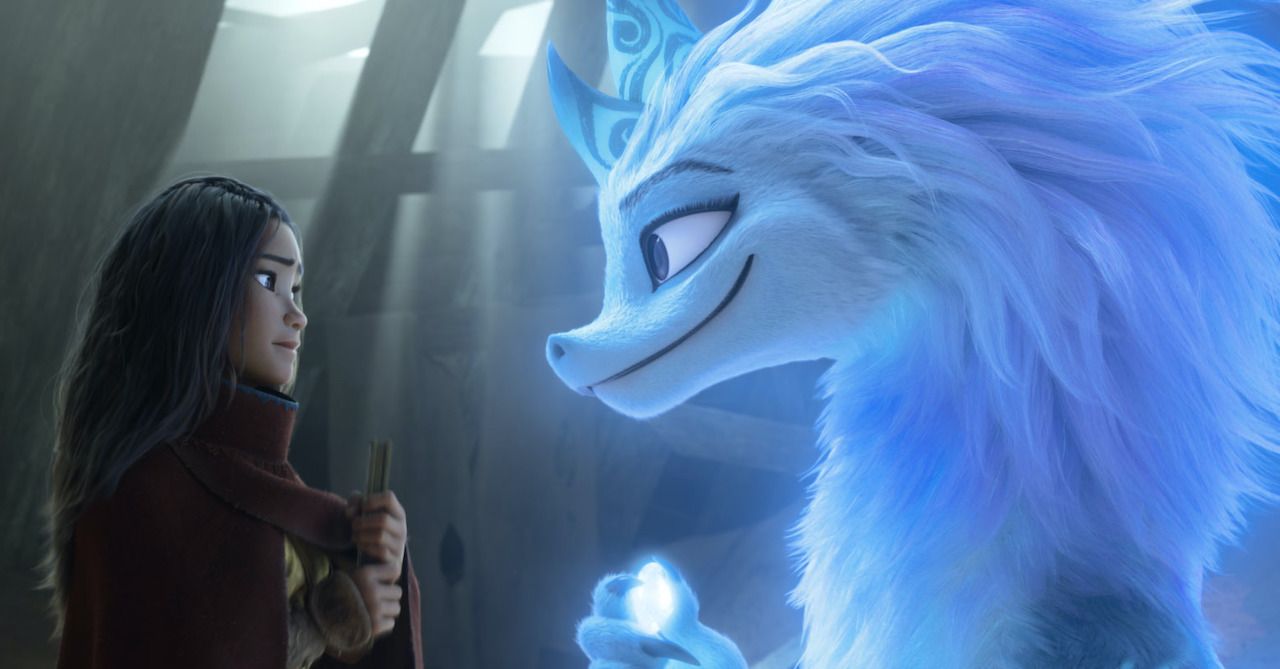 Clearly, the film portrays Kumandra as vibrant and lively, and its landscapes and the skintones of its people are diverse. But what struck me most is that the movie is filled with rich, deep, striking colors — a powerful rejoinder to the stereotypes that Southeast Asia is dry, dirty, or covered in garbage, even primitive. At its best, Raya is a loving ode to a region of the world that is often neglected or outright ignored in mainstream entertainment.

But that’s where the problems start. The fact is, Southeast Asia really is just a region, not a country, and its many cultures are disparate and diverse. There might be some overlap between what people eat in countries like Malaysia, Singapore, and Indonesia, but these cuisines are not at all the same or interchangeable. The film’s attempt to smush these cultures together diminishes the characteristics that make each one unique. Its central message is that unity makes conflicting peoples stronger — which is a fine lesson for children — but it seems simultaneously at odds with the fact that what makes Southeast Asia such a rich region is that it’s not a monolith. That each country’s (or tribe’s) unique characteristics can be a source of strength gets elided in favor of a vague call to bring people together.

The feeling that the filmmakers felt that Asian cultures are all interchangeable is also reflected in the primary cast: Kelly Marie Tran, who voices Raya, is the only Southeast Asian cast member; the rest are East Asian, plus Alan Tudyk who has a very small part as Raya’s animal best friend, Tuk Tuk. Moments in the film that did feel like respectful, accurate nods to different Southeast Asian cultures are probably thanks to Raya’s screenwriters, Malaysian Adele Lim and Vietnamese-American Qui Nguyen, but none of the film’s directors are Asian. 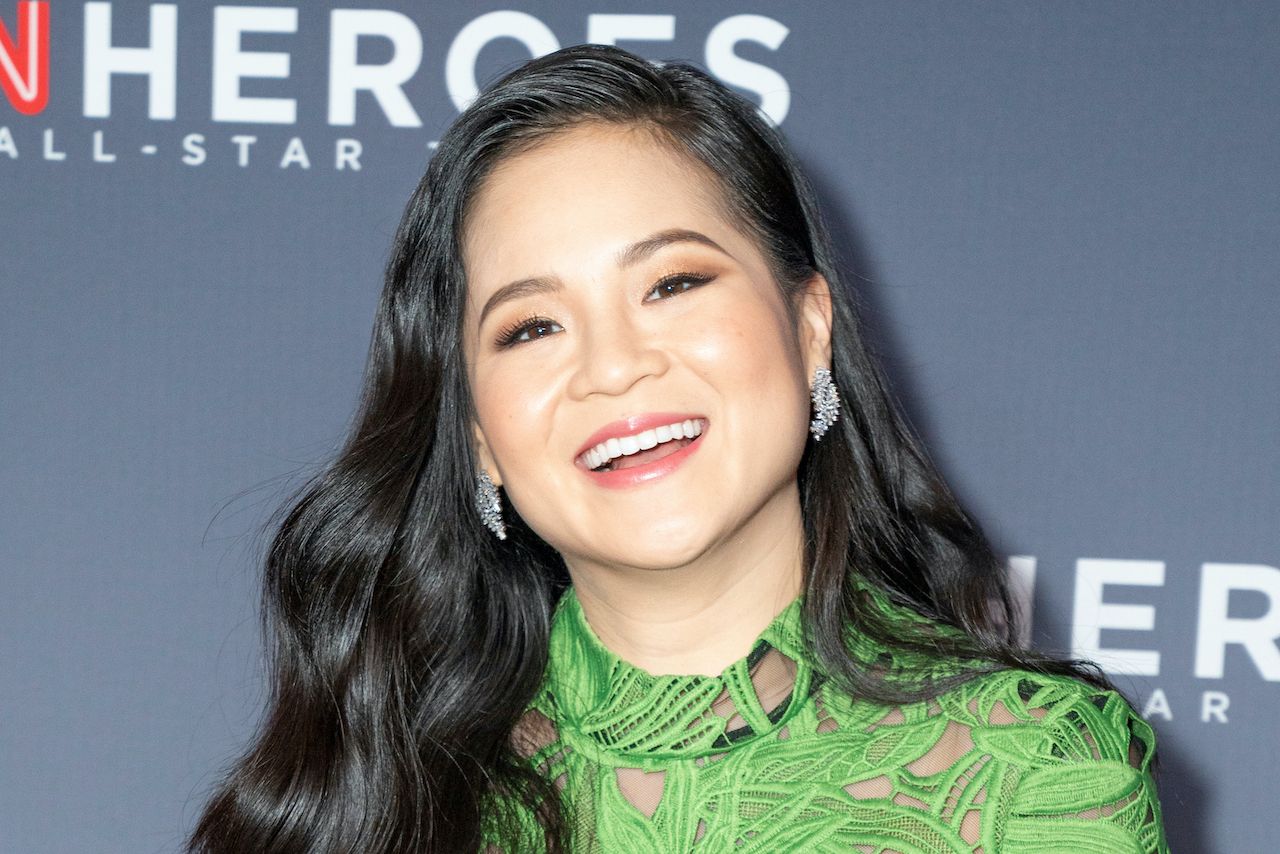 The fact that not a single Southeast Asian actor could be found to voice characters in a movie that was supposedly based on the region immediately undercuts any suggestion that Raya provides much-needed representation to the Disney princess oeuvre. That erasure perpetuates the racist idea that all Asian people look and sound the same, and that Southeast Asian cultures can be used for entertainment, but that it’s not important that our people profit from those representations. On top of that, the only Southeast Asian country that has access to Disney+ is Indonesia, so most people can’t even see the film that is supposed to represent them.

Disney is capable of crafting homages to diverse cultures that are at once fantastical, focused, and precise — Coco, for instance, is a deeply moving portrait of Mexico and its rich cultural traditions around music, family, and Dias de los Muertos. Disney’s upcoming film Encanto is set in a magical world inspired by Colombia, not a flattened version of all of South America at once.

Truthfully, I did find it moving to see so many elements of a culture that I recognized as my own on screen, and to know that those images are being projected into the living rooms of people who might never have encountered them otherwise. And I hope that families who watch the movie help their children research more concrete elements of Southeast Asia featured in the film that they found fascinating or beautiful.

But ultimately, Raya felt a bit hollow. Once you look beneath the surface you find that there is very little to back up the claim that this movie is a win for Southeast Asian representation. Which is too bad, because the film itself tries hard to show that this region is blossoming with wonder. But it is long past due for a much more reverent tribute — one that actually includes our voices.

MoviesStudio Ghibli’s Global Perspective Celebrates a Multicultural World
Tagged
Movies
What did you think of this story?
Meh
Good
Awesome