An archaeological excavation in Saqqara, Egypt, led to the incredible discovery of 59 sarcophagi, as well as other artifacts, buried more than 2,600 years ago. Saqqara was an active burial ground for over 3,000 years, serving as the necropolis for Memphis, the capital of ancient Egypt. The discovery is said to be one of the largest of its kind.

The sarcophagi were found in three different wells and it is believed that more remain to be found. Most of the sarcophagi found contained mummies. 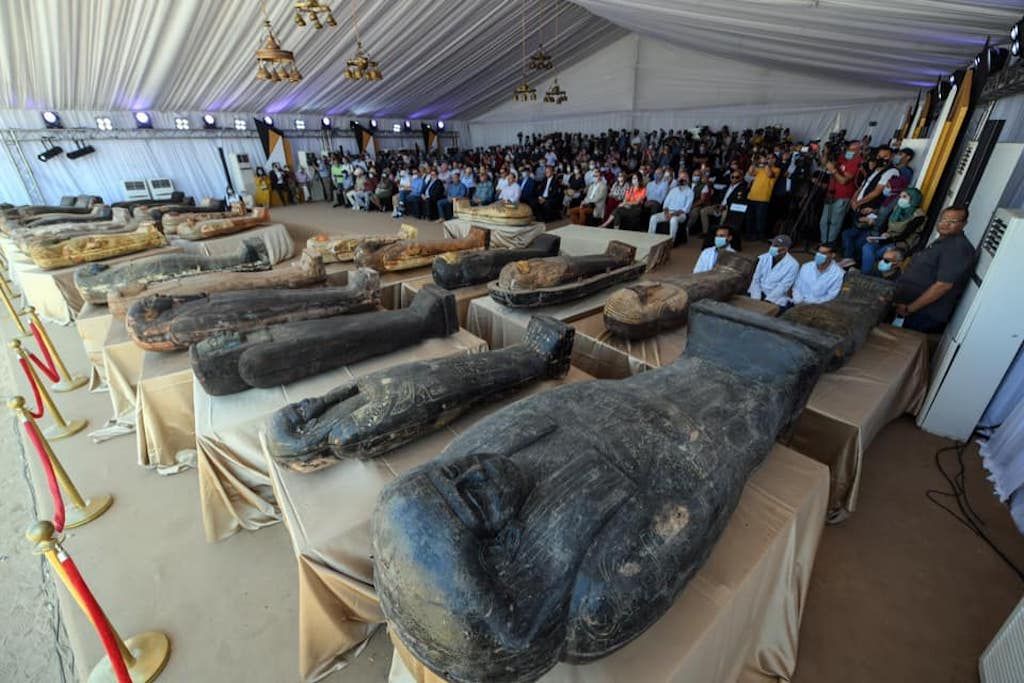 Additionally, archaeologists discovered 28 statuettes of the god Ptah-Soker and an ornately carved bronze statuette of the god Nefertum, adorned with precious stones.

Khaled el-Anany, Egypt’s Ministry of Tourism and Antiquities, said, “I consider this is the beginning of a big discovery.”

The sarcophagi are now on display, and one was opened so reporters could see the mummy inside. Initial studies have shown that the decorated coffins were designed for priests, top officials, and elites from the Late Period, which ranged from 664 to 525 BCE. 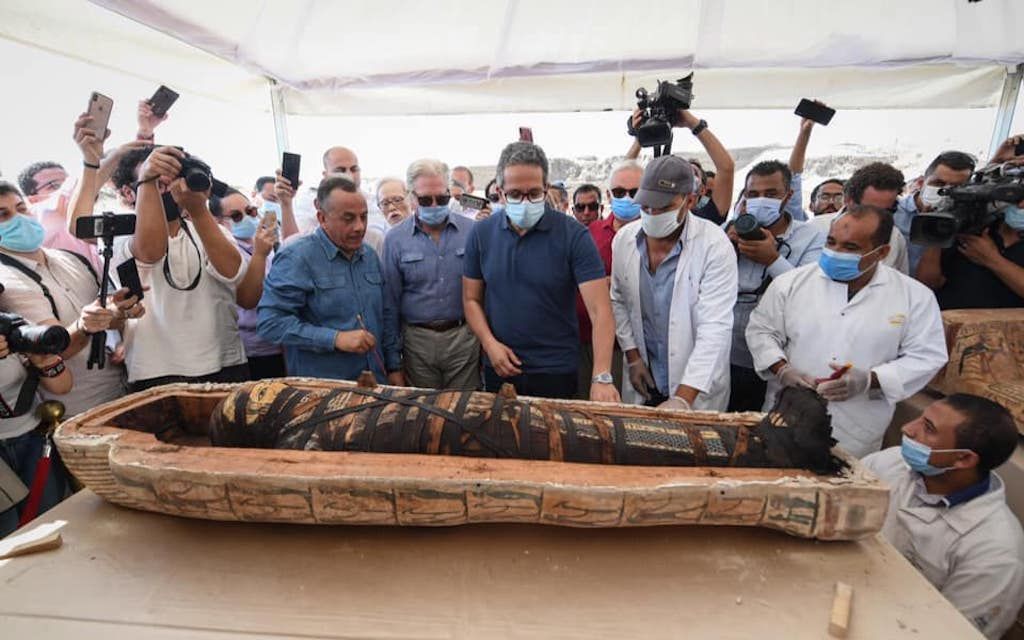 According to el-Anany, the finds will be showcased at the new Grand Egyptian Museum, which is currently being built in Giza, alongside 30 ancient wooden coffins discovered in Luxor.

A version of this article was previously published on September 21, 2020, and was updated on October 5, 2020, with more information.

Archaeology7 Underrated Sites in Egypt Worth Visiting, According To an Archaeologist
Tagged
Archaeology News
What did you think of this story?
Meh
Good
Awesome