Before anyone was famous, they were just another kid growing up. They did the same mundane and silly kid stuff you did, playing tag in the street and getting forced to eat vegetables in the kitchen. It’s fun to imagine, but even cooler to see where it all happened. Childhood homes of celebrities are also far more accessible than grown-up homes, so much so that the regular people who now own them often rent them out on Airbnb. From playwrights to explorers to Golden Girls, here are seven childhood homes of the rich and famous you can spend the night in. 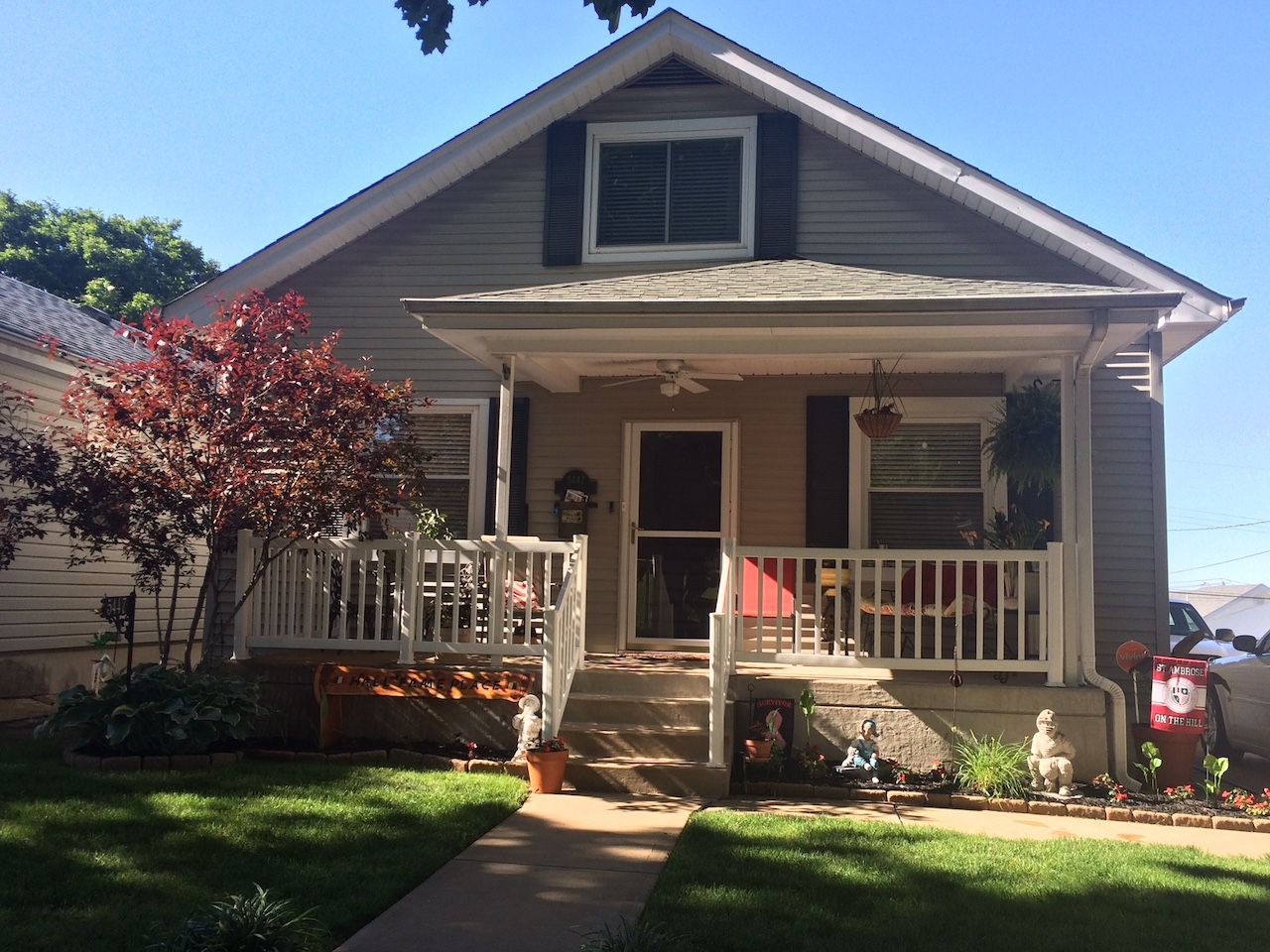 A nickel ain’t worth a dime anymore, but your inflated dollars go far in the boyhood home of baseball soothsayer Yogi Berra. The most quotable athlete of all time grew up in this house in St. Louis’ Little Italy — aka the Hill — one of the oldest and best Italian enclaves in America. For a mere $60 a night you can get déjà vu all over again when you sleep in one bedroom of the house. It may or may not have been Berra’s, but at least it may inspire some unconventional wisdom.

You can learn a lot just by watching, so walk down to the intersection of Wilson and Marconi avenues and educate yourself in bocce ball at Milo’s Tavern on its spacious bocce courts. Or stop into Joey B’s for some pizza, which you’ll need to cut into four pieces if you’re not hungry enough to eat six. The Hill is easy enough to navigate, but should you get lost there’s no need for a GPS. Just remember that when you get to a fork in the road, take it. 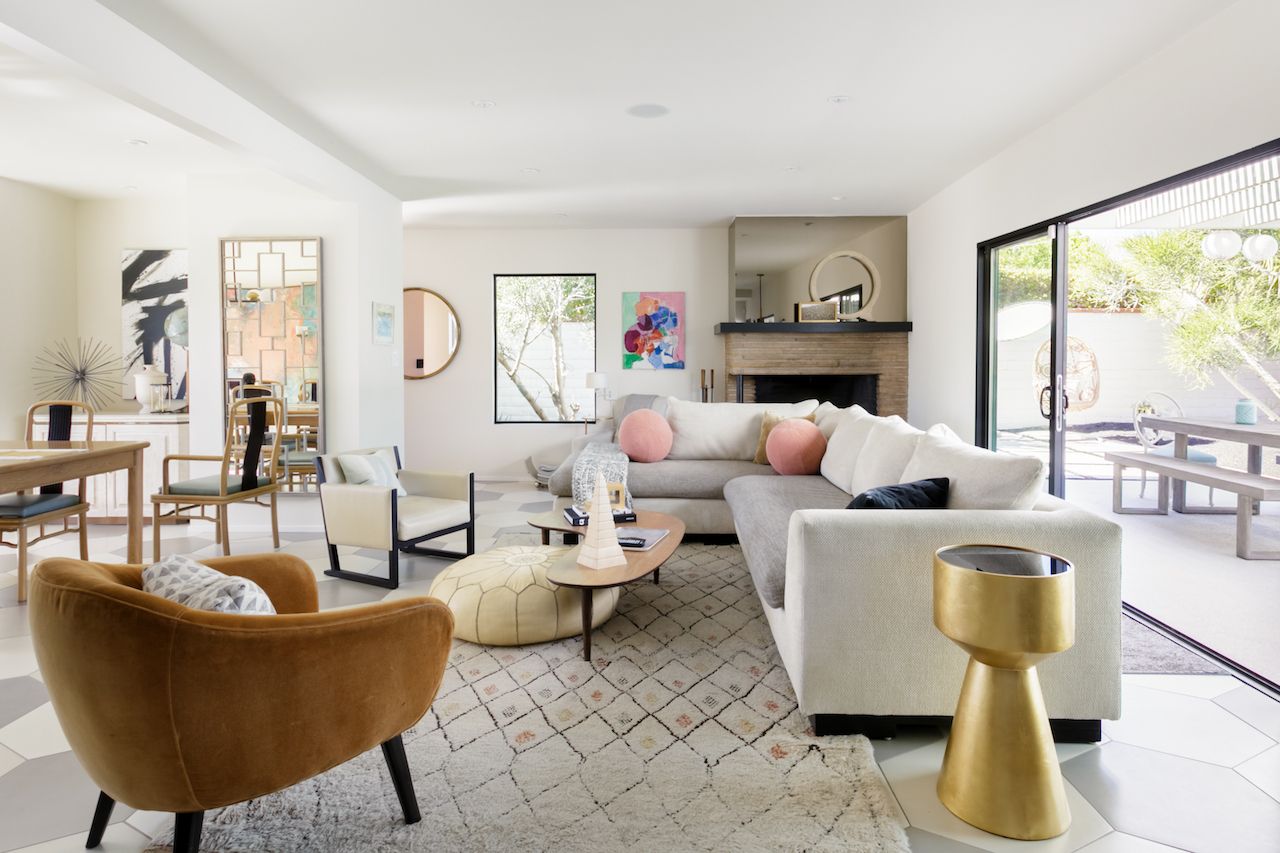 Looking at the backyard pool at this four-bedroom Palm Springs ranch house, it’s hard not to imagine Phoebe Cates lustily stepping out of the water in a red bikini while The Cars play in the background. We can only guess it was the inspiration for that famous scene in Fast Times at Ridgemont High, since Cameron Crowe spent his formative years living in this home. If you’d like to actually use the pool, however, there is a $60 per day heating fee — though you’ll probably only need it heated from November to May.

The house is in the Movie Colony neighborhood, appropriate since its most famous son wrote Jerry Maguire, Say Anything, and Singles. It’s a short walk to Ruth Hardy Park and a not-painful drive to downtown and the Uptown Design District. The air conditioning inside works fantastically for those scorching Palm Springs summers, too. Though if you still feel the need to cool off, host MJ would prefer you don’t jump off the roof into the pool screaming “I am a golden god!!!”

3. An annex fit for a (short-reigning) queen
West Chiltington, England
$120 per night 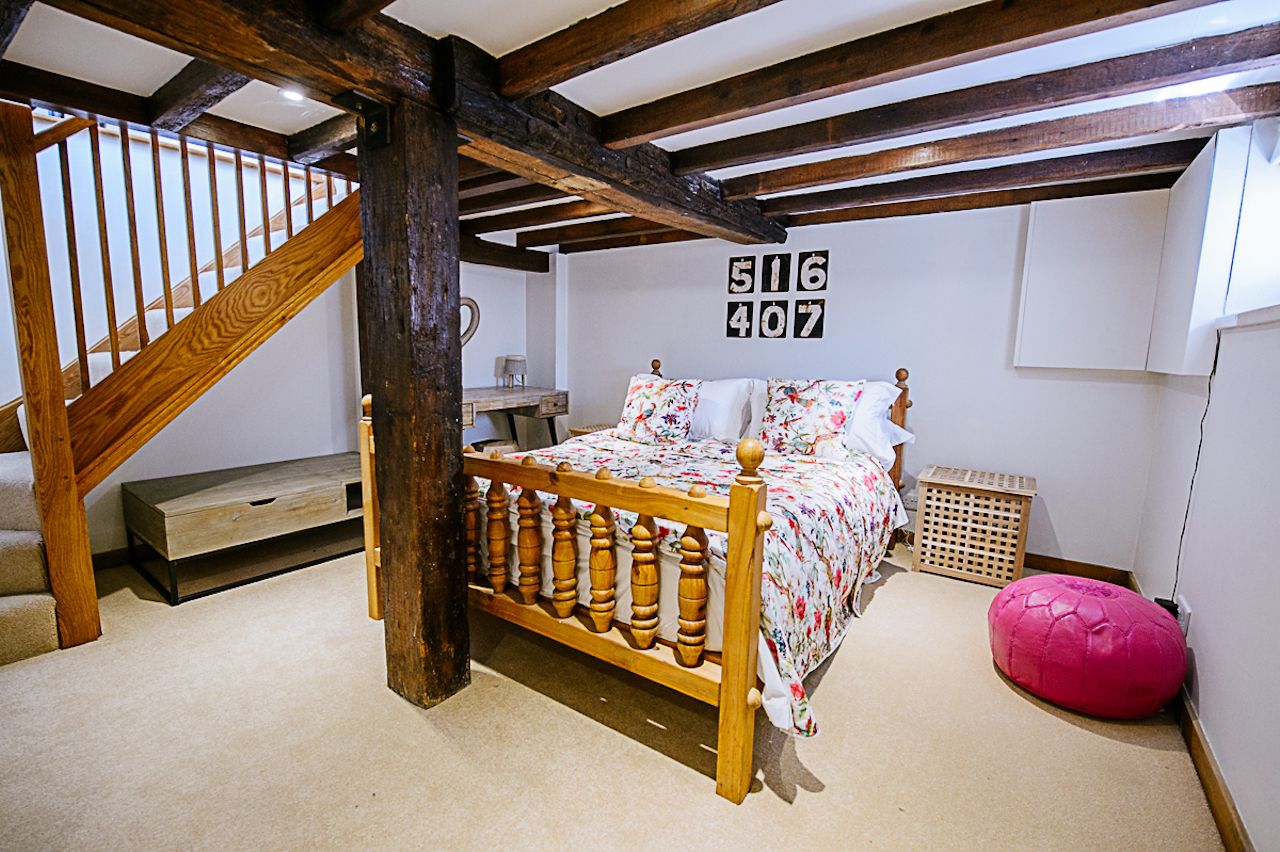 Not that King Henry VIII was any prize himself when, at age 48, he married Anne of Cleaves. Dude had a 52-inch waist and spent most of his time nursing a jousting injury in his leg. But somehow he found his fourth wife so physically unattractive he was unable to consummate their marriage, and after just six months the marriage was invalidated. Anne was the shortest reigning of all Henry VIII’s wives, and slinked off into obscurity, head intact.

Before she was “the ugly wife,” Anne lived in this little stone annex, now done up with track lighting and modern appliances. The house sits on the south end of South Downs National Park, with convenient access to serene walking trails through the English countryside, a couple of pubs, and Nyetimber Vineyard. The momentary monarch wasn’t the only notable person to call this place home, either; from 1958 to 1976 actor Sir Norman Wisdom lived here. 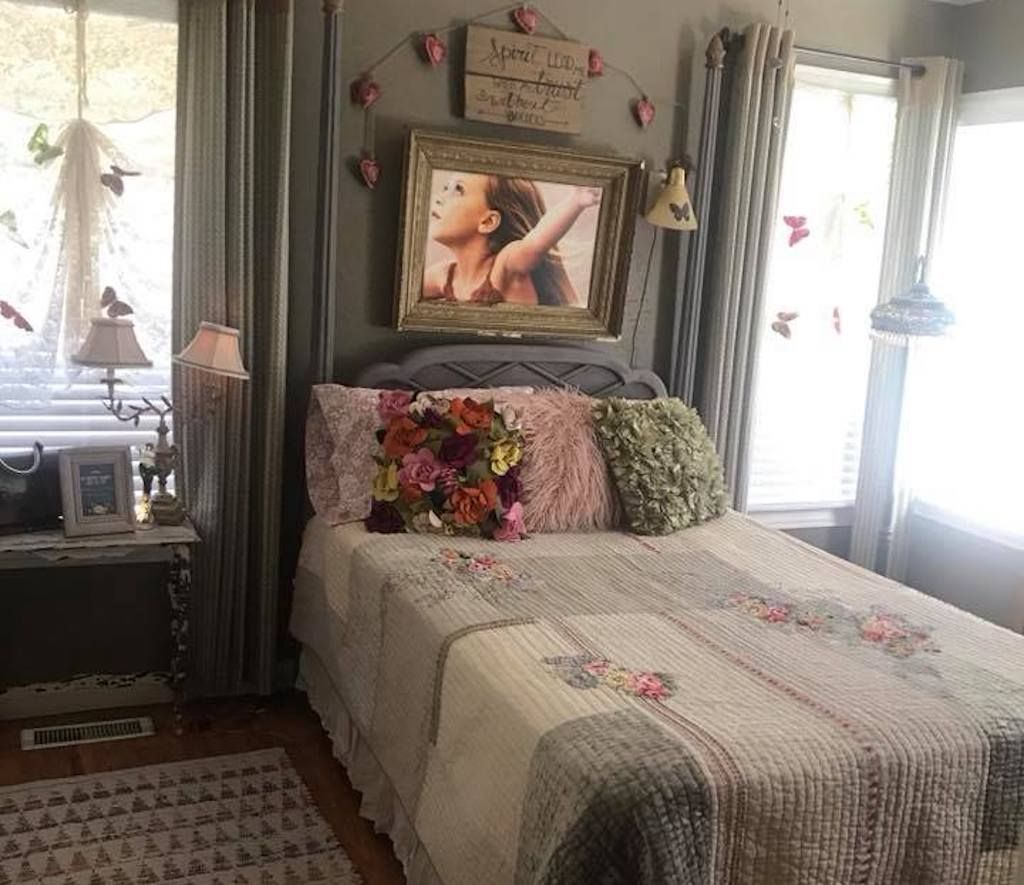 Admittedly, we have not ever been to Ardmore, Oklahoma. Lovely jumping-off point to the Arbuckle Mountains, yes. But its real draw is as the birthplace of Rue McClanahan, as anyone born before 1990 or who has ever marched in a Pride parade knows as sultry senior Blanche Devereaux from The Golden Girls. The lady who was 30 years ahead of her time grew up “17 telephone poles past the standpipe” in Ardmore, and just across the street you can rent the Golden Girls Guest House.

Sadly, hosts Lori and Jeddie Harrison have not done up the entire six-bedroom house in wicker rattan. Nor does any bedroom boast oversized palm-leaf wallpaper, and there is no scenic lanai. It is, however, tastefully decorated and filled with Lori’s professional photography, and at $230 a night is probably the best deal you’re getting for a large group in Ardmore. The hosts don’t go into much detail about what there is to do in Ardmore, likely assuming you and your crew will just hole up in there eating cheesecake and telling St. Olaf stories. 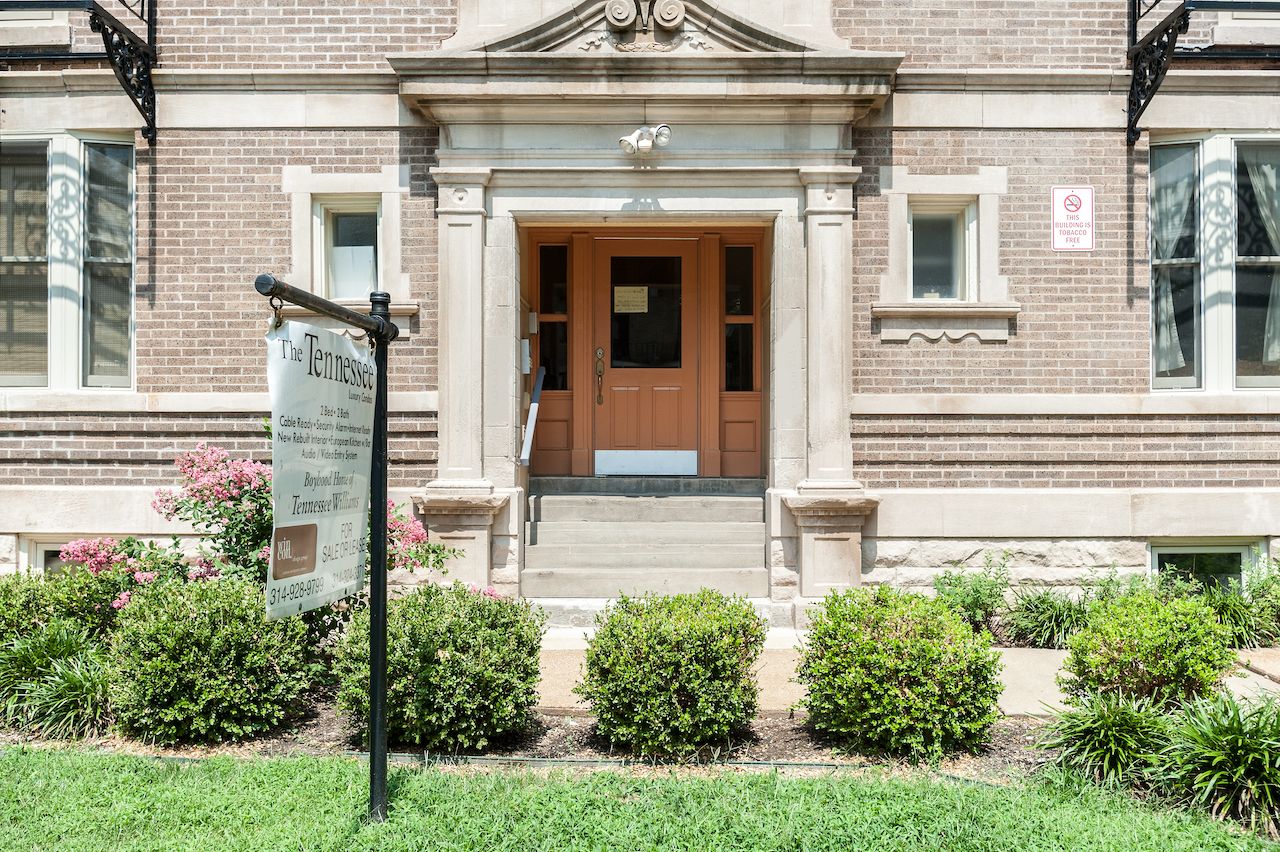 Speaking of Blanches, the guy who created the original Blanche Dubois grew up in this luxury condo in St. Louis’ Central West End. Tennesee Williams, who, among other plays, wrote A Streetcar Named Desire, spent his formative years writing at the granite countertops and watching the flatscreen TVs in this two-bedroom beauty. Okay, probably not, since the giant house Williams’ grew up in was cut up and converted to condos a few years ago. But it’s still fun to imagine.

Once inside, you’ll have all the modern conveniences the Glass Menagerie author did not, including stainless steel appliances, a rainshower, and a jacuzzi tub. It’s located in Central West End, which, if you’re not familiar with St. Louis, is full of stately old homes, trendy bars, restaurants, and shopping locales. It’s also only about five minutes from downtown and close to the zoo, art museum, and science museum — all of which are free to visit. 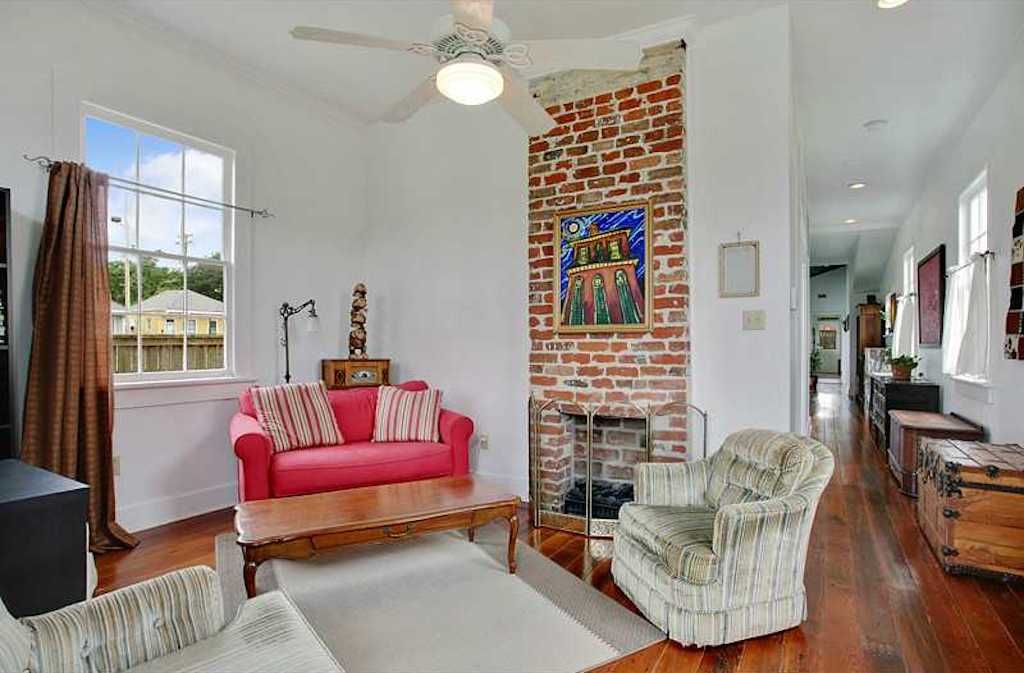 It only seems appropriate when spending the night in America’s jazz hotbed to sleep in a place that inspired one of the best musicians of the early 20th century. Henry “Red” Allen — probably right behind Louis Armstrong on the list of greatest trumpet players of all time — grew up in this house in Algiers Point, only eight blocks from the Canal Street Ferry. That means you can spend your mornings soaking up your musical inspiration in this open, airy little house. Then head across the water to the French Quarter and see live jazz nightly.

You’ll be sleeping in one room near the back of the house, with its own bathroom boasting a rainfall shower and dual sinks. And you’ll have a nice view of host Topher’s expertly manicured backyard, too. This isn’t the only house with some serious jazz history in the neighborhood, either. Though they’re not on Airbnb, many other homes in the area are adorned with historic plaques explaining which artists lived there and their significance. 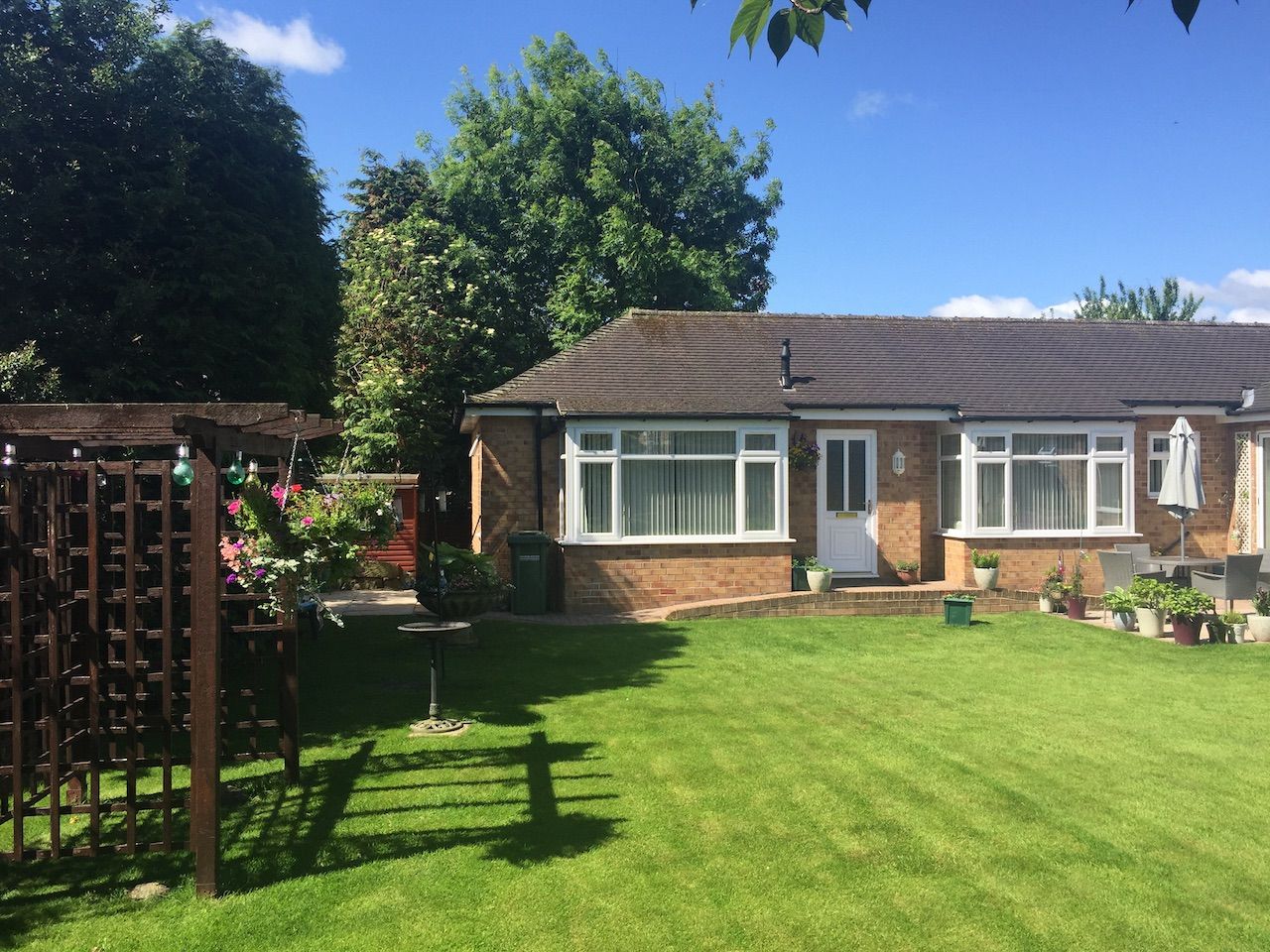 You might look at this modern brick bungalow and think, “Man, not only did brick masons in the 1700s make some amazingly uniform bricks, they also hold up!” As it’s billed as the “childhood home of Captain James Cook,” the clean, modern look of the exterior seems a little hard to believe. That’s because the actual cottage Cook grew up in was disassembled in the 1930s and now stands in Melbourne, Australia. So this home, though much nicer and newer, was not where he lived. But it still sits on the same land. Potato, potahto.

Once you get over the novelty of sleeping on such hallowed ground, you can get out and enjoy the stately English village of Great Ayton. It’s not far from the water, and sits amidst a number of other traditional villages, immersing you in the coastal English countryside. In town you can visit a number of Captain Cook historical sites including his old school — rebuilt with material from the original — which is now a museum, and a statue of Cook as a young boy.

Where to StayThese 5 Airbnbs Will Make You Feel Like You’re Living in ‘Game of Thrones’
Tagged
Where to Stay
What did you think of this story?
Meh
Good
Awesome