If you’re on the keto diet, don’t even bother reading this story. Because no human even hears the words “Little Italy” without smelling garlic, tasting red wine, and reflexively slipping into a carb-induced food coma.

Typically, the Italian food in any neighborhood called “Little Italy” is worth the calories. You can certainly go to Little Italys in New York, Chicago, Philly, and San Francisco and be guaranteed a great meal, but Italian enclaves aren’t limited to huge cities, and the widespread influence of Italian-Americans can be felt from Rhode Island to the Mexican border. So crack open some Chianti, order yourself a pizza, and start planning a trip to these seven Little Italys that’ll instantly ruin your New Year’s resolution. 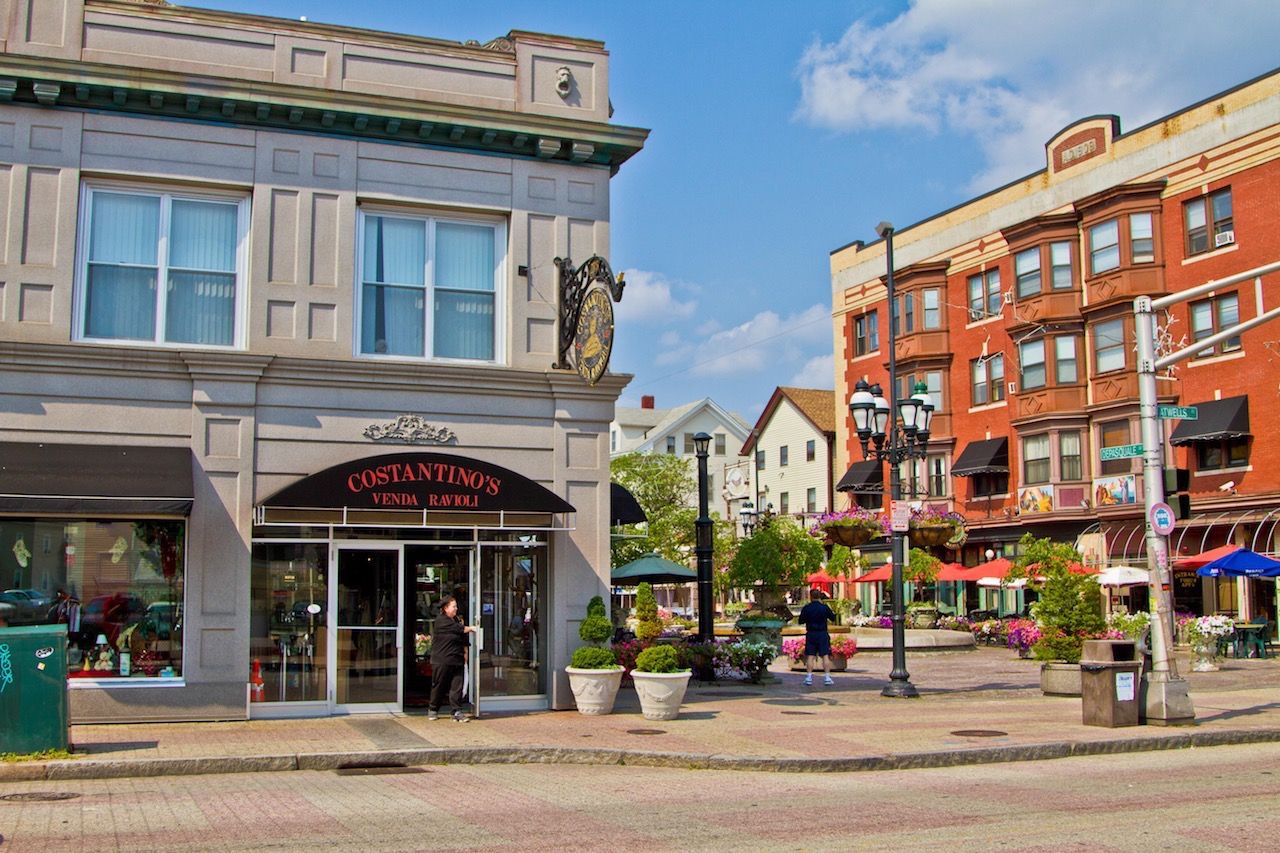 Not that we’re ever ones to stereotype about organized crime and the types of people who participated in it, but there’s a reason the first-ever Crimetown podcast centered on Providence. The famous Coin-o-Matic building on Federal Hill was the longtime headquarters of L.S. Patriarca, who ruled over the New England mob during its heyday. While that era may have produced some highly unsavory characters, it also produced some very savory foods, including Costantino Venda’s famous ravioli. That’s the best-known dish to come from Federal Hill, but you can’t go wrong eating almost anywhere here, including Angelo’s Civita Farnese, which opened in 1924, and the classic Caserta Pizzeria.

One place you can go wrong is wandering into one of the neighborhood’s old-school Italian social halls, many of which hang sings that explicitly say, “NO TOURISTS.” So maybe skip those and instead peruse the Scialo Brothers Italian Bakery, which has been open for more than 100 years, or the Antonelli Poultry shop, where you can still buy live chickens.

People who haven’t been to St. Louis don’t often understand its diverse history, but the area known as “The Hill” is one of the oldest Italian enclaves in America, dating back almost 200 years to the 1830s. The population was bolstered by the discovery of clay mines in the area, which drew scores of immigrants from northern Italy and Sicily. While Sicilians remained closer to downtown, northern Italians made this neighborhood their own, anchored by the St. Ambrose church that’s modeled after Sant’Ambrogio in Milan.

The church still stands at The Hill’s main intersection of Wilson and Marconi avenues. Across from the church, you’ll find an Italian tavern complete with a bocce court at Milo’s, a gelateria, and Amighetti’s Bakery and Cafe. The Hill birthed two famous St. Louis delicacies, Provel cheese and fried ravioli, as well as baseball Hall of Famers Yogi Berra and Joe Garagiola. The fire hydrants are painted red, white, and green to show the area’s Italian pride. 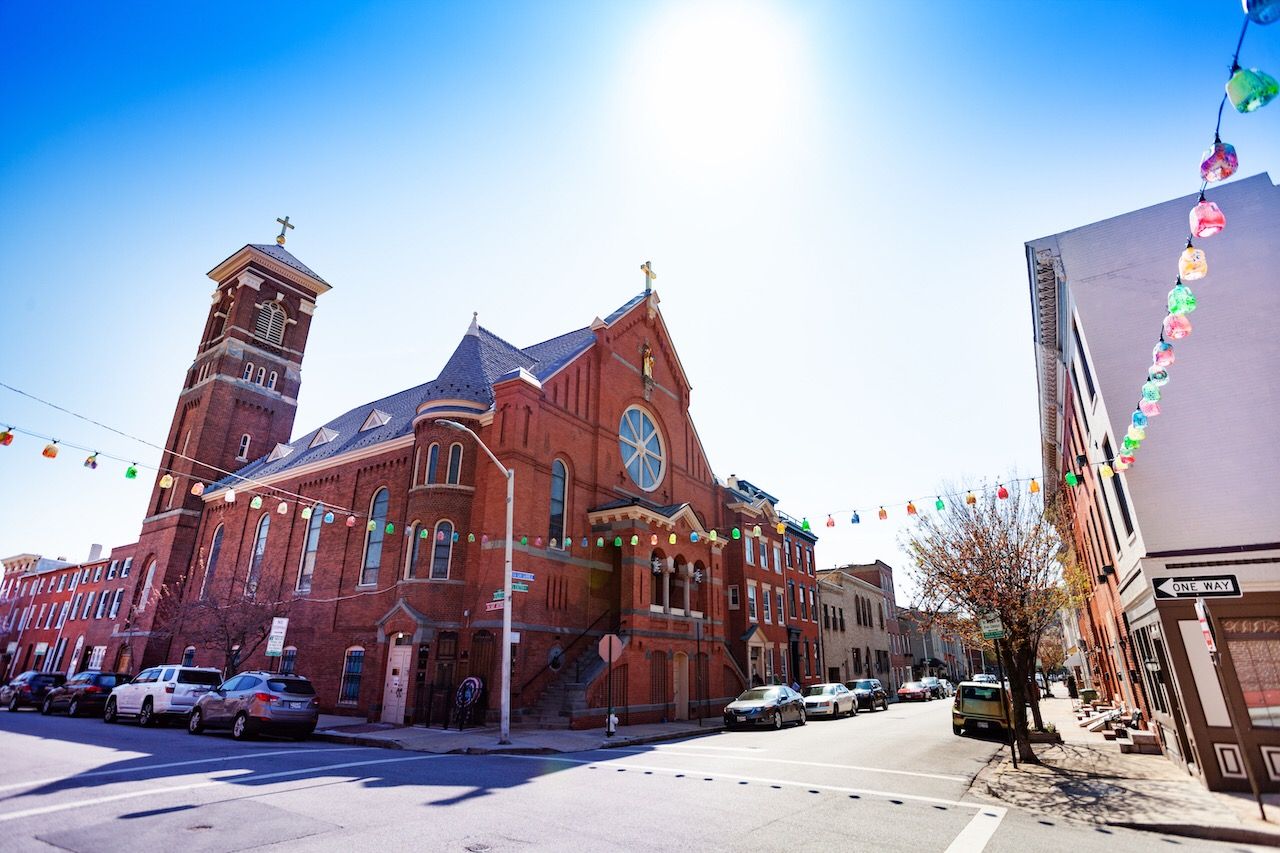 Set between the fashionable Inner Harbor and Fells Point, Baltimore’s Little Italy has been a destination for Italian immigrants since the mid 1800s. Italians made lives for themselves around the Church of St. Leo the Great, building cobblestone streets and opening small shops and cafes to re-create life in the old country. The neighborhood still thrives today, with many residents who are direct descendants of the original settlers.

During the summer, Little Italy becomes a social center for the entire city, hosting outdoor bocce ball leagues and multiple festivals that fill the streets with hungry residents. June has the Feast of St. Anthony, August is the Feast of St. Gabriel, and the Madonnari Arts Festival is around Columbus Day. Still, even once the weather turns cold, you’ll be able to warm up with hearty Italian food from family-run spots like Ciao Bella, Sabatino’s, and Da Mimmo’s, and you can grab some dessert at Vaccaro’s Italian Pastry Shop.

Thanks to one successful basketball team and a lot of songs by Dropkick Murphys, Boston has become a city associated far more with the Irish than with Italians. But stroll through the narrow, complicated streets of the city’s North End and you’ll find Boston has one of the strongest Little Italys in America. The North End is best known for its seemingly nonstop parade of Italian festivals in the summer, where the smells of fried bread and thick garlic fill the streets nearly every weekend from June until August. That’s because each little region in Italy has a patron saint, each with their own feast. When people from those regions came to America, they chose to celebrate them all — but we’re not complaining.

Boston’s famous Freedom Trail runs right through the heart of the North End, where you’ll learn that long before it was Little Italy it was home to English settlers, Germans, Jews, and African-Americans. Today, it’s also a destination for fantastic food like the savory meats and fresh pastas at Antico Forno or the pizzas at Artu. The North End might not have the Italian population it did 75 years ago — it’s only about a third Italian today — but it’s still a must-do on any visit to the city. 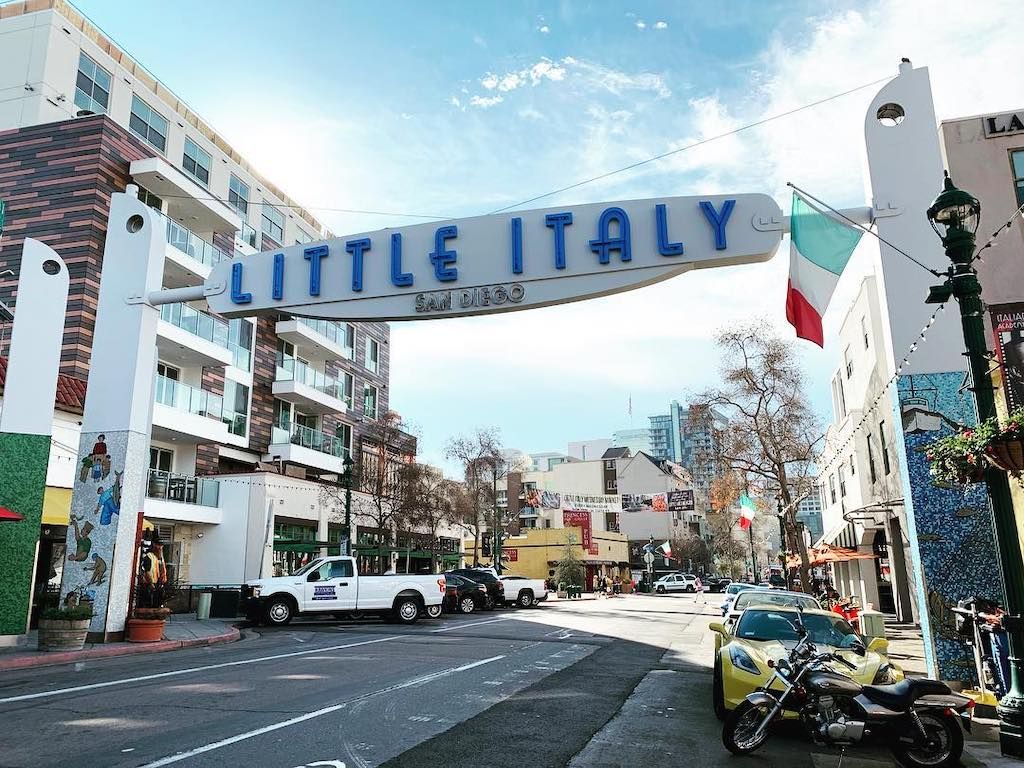 Fun fact to impress exactly no one with tonight: America’s largest Little Italy is this 48-square-block section near downtown San Diego, home to nearly 6,000 Italian families during its height in the 1920s. The city’s tuna fishing industry drew seafaring Italians up through the 1930s, but as that industry declined in the middle of the century, the neighborhood fell into disrepair. It wasn’t helped by the construction of I-5, which cut right through the heart of the neighborhood and destroyed over a third of its buildings.

About 20 years ago, a group of local business owners formed the Little Italy Association, and with it have brought back the soul of the area. Highlights include the classic Italian restaurant and market Mona Lisa as well as the modern Italian spots Civico 1845, Rovino, and pasta-heavy Bencotto. There’s also a taste of craft beer in the area from Ballast Point, and San Diego’s Little Italy features tasting rooms from California’s coveted wine country, like Santa Barbara’s Pali Wine Company.

With just over 130,000 people, New Haven isn’t generally thought of as a home to historic immigrant neighborhoods. But when Italians began migrating in large numbers to America, the city was an industrial giant and had plenty of low-skill, decent-paying jobs for recent arrivals. By 1910, New Haven was home to 13,000 Italian immigrants, most of whom settled around Wooster Street. While this Little Italy is dwarfed by Little Italys in Philadelphia and New York, the short street still feels like it might have 100 years ago.

Many of the restaurants along Wooster are still owned by the families who started them decades ago, including Frank Pepe’s, the go-to for New Haven-style “apizza.” Also still around is Libby’s Italian Pastry Shop, which feels like a time warp to 1955 when you walk inside. The large park along the street has a giant statue of Christopher Columbus, who may have fallen from American historical grace over the last 50 years, but was an Italian hero when it was erected. 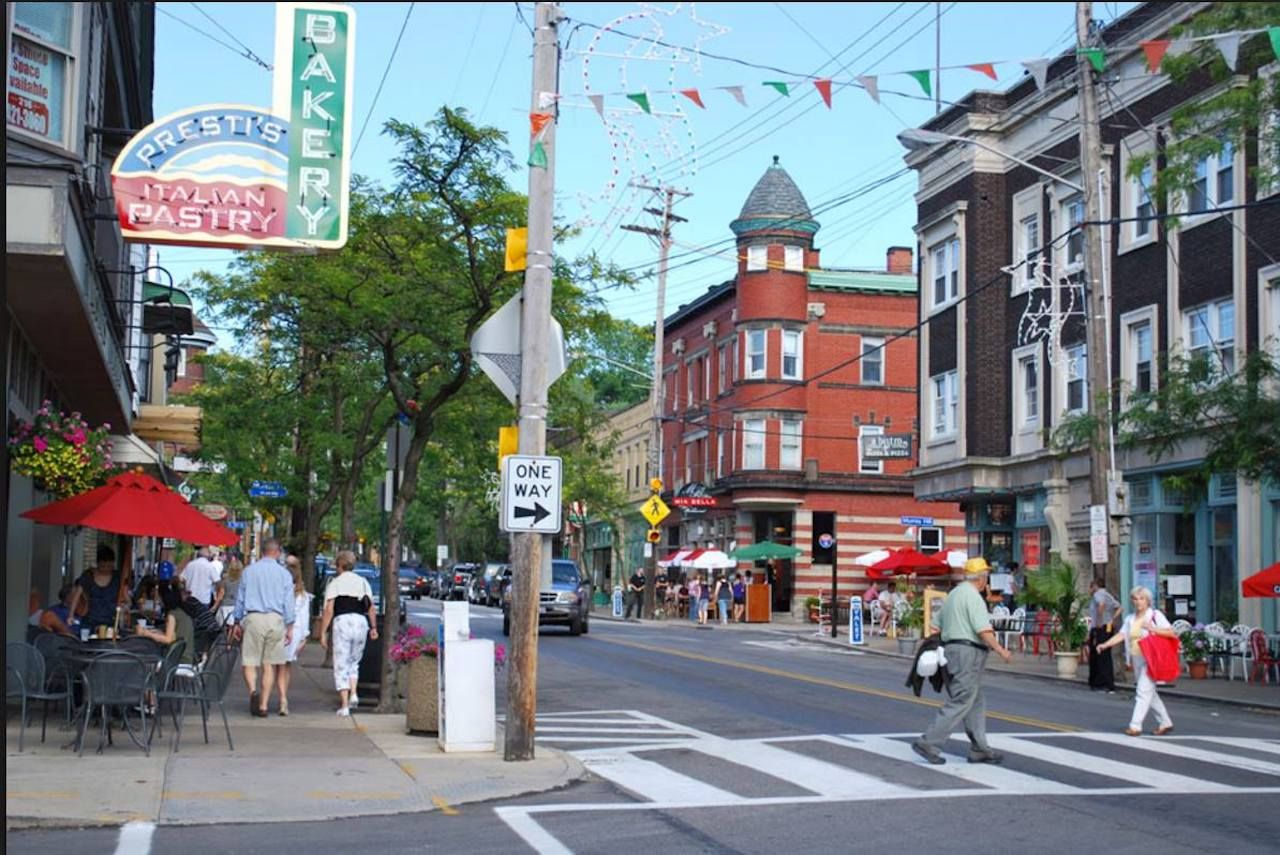 Cleveland’s Little Italy was founded by skilled artisans who immediately filled the area around Mayfield Road with art and culture. Quite the antithesis of Cleveland’s blue-collar reputation, but it has left Little Italy with a strong legacy of art. It’s now one of the city’s top destinations for galleries with spots like Pennello and La Bella Vita leading the way. It’s also home to a thrice-annual Little Italy Artwalk, where on the first weekends of June, October, and December, people are invited to tour through the neighborhood’s studios and galleries.

But just because Cleveland’s Little Italy is known for art doesn’t mean it’s lacking in food. You’ll find plenty to fill your stomach at classically Italian restaurants Mama Santa’s and Michelangelo’s, plus plenty of sweet stuff at Presti’s and Corbo’s bakeries. And, of course, no Italian experience is complete without wine, so be sure to stop into the obviously named Little Italy Wines for vino that’s hard to find outside The Boot.

Coffee + TeaHow To Drink Like a Local in Italy
Tagged
Culture United States
What did you think of this story?
Meh
Good
Awesome