It doesn’t get any cozier than Hagrid’s cottage from Harry Potter, and now you can actually stay in this one-of-a-kind fantasy dwelling. At the North Shire on the edge of England’s North York Moors National Park, the Groundskeeper’s Cottage is now open for bookings.

Inspired by the film’s portrayal of the cottage, it features three circular, interlocking slate-roofed buildings, two with turrets and all with stained-glass windows. It also has a wooden door lit by a lantern, a spacious living room with a galley kitchen and dining area, roaring fireplace, and Hagrid-inspired furnishings like ropes, leather bags, lanterns, and old baskets. And unlike visitors to Hagrid’s actual cottage, you won’t have to force down a tray of rock cakes or endure Fang’s slobber. 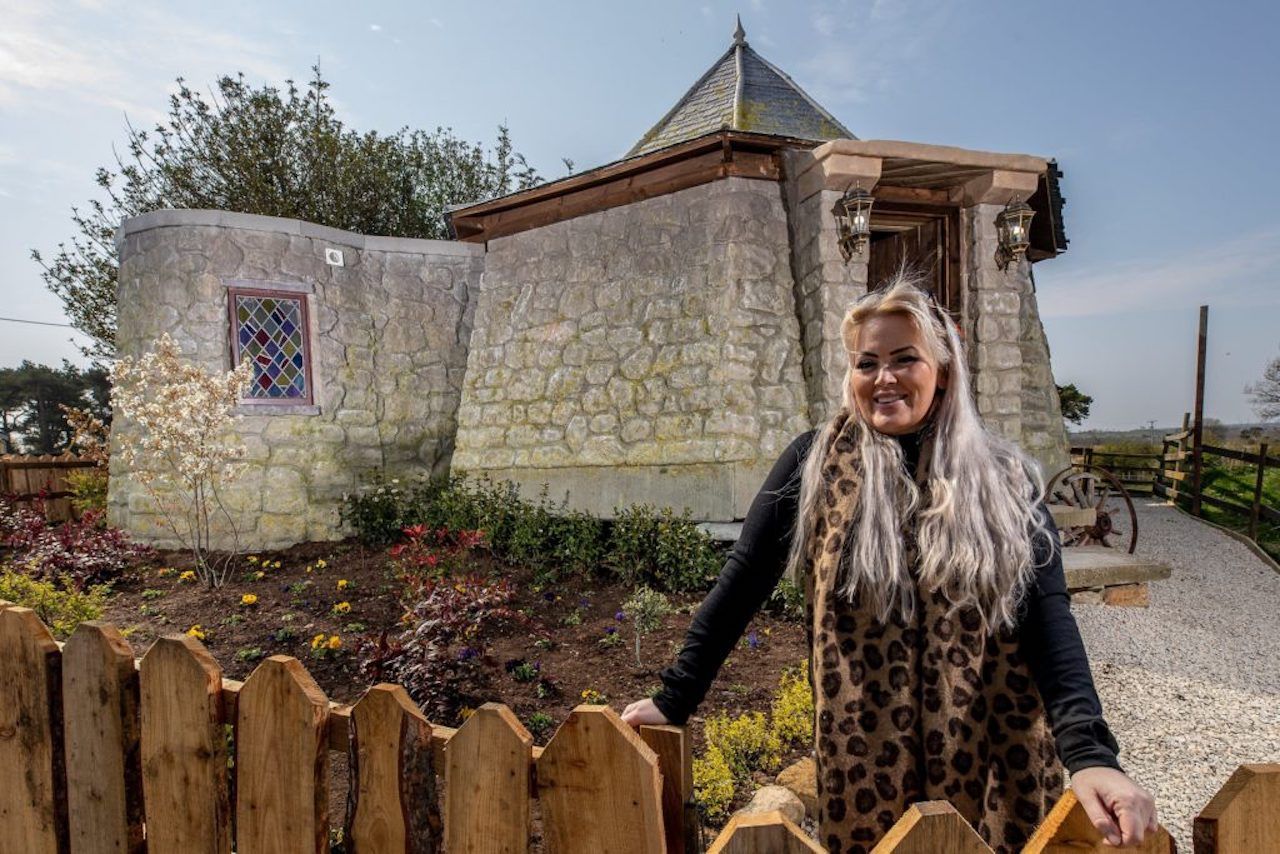 Carol Cavendish, the owner, is a huge Harry Potter fan. She said that the books “have always been an important part of my life even after being diagnosed with dyslexia when I taught myself to read. They’ve also helped me through challenging times when I would turn to the Harry Potter and Lord of the Rings books for pure escapism. That’s why it is so fantastic to create an environment where others can also leave behind everyday life and step into their favorite storybook.” 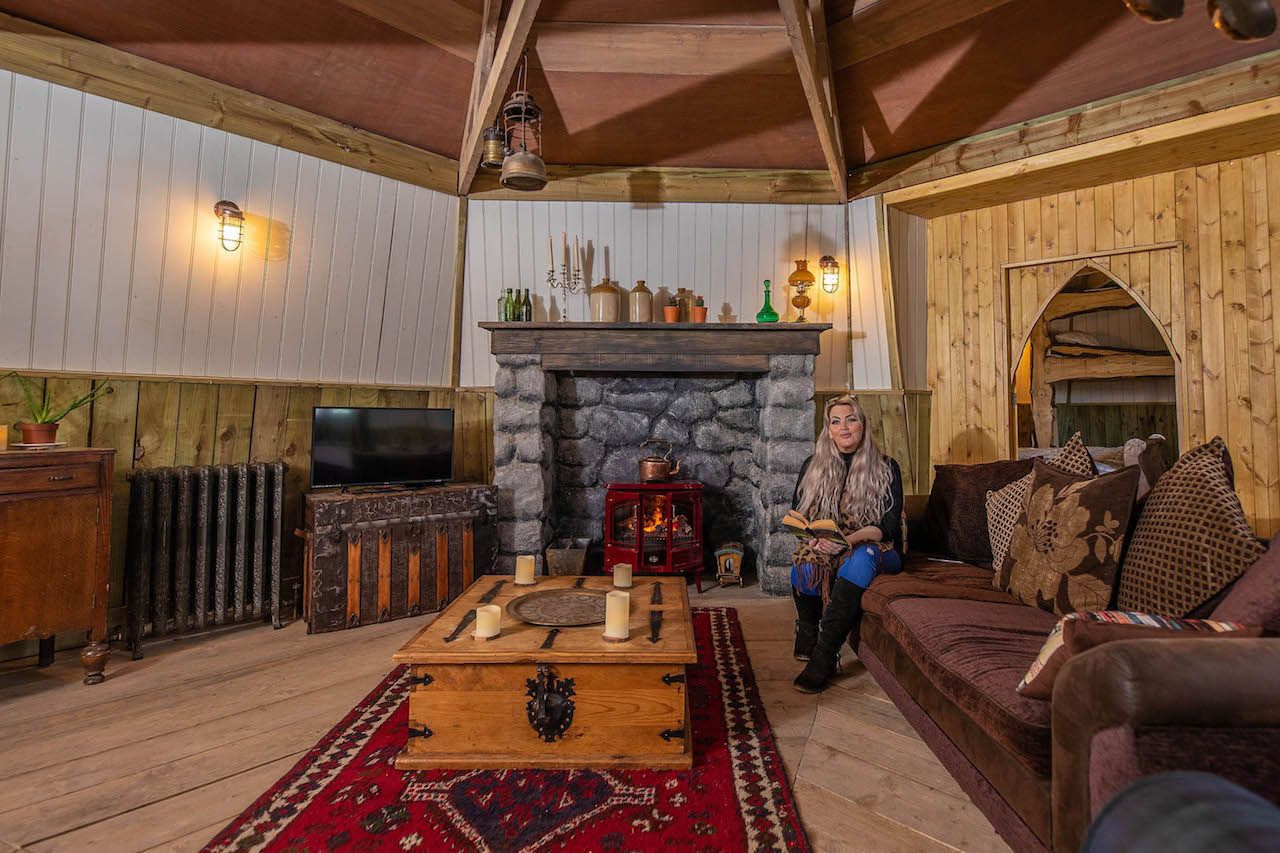 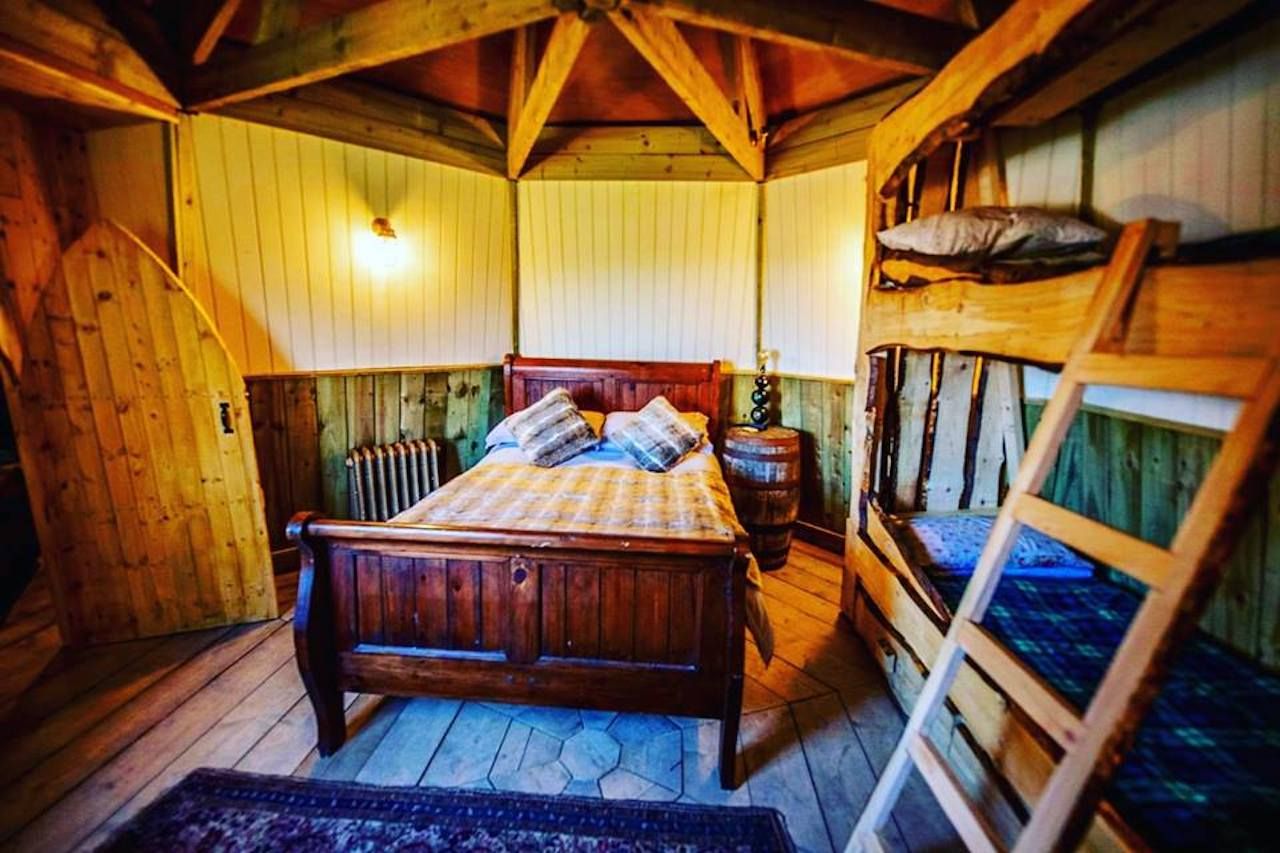 The cottage is North Shire’s latest step in creating a fantasy world for visitors. In 2015, the area opened a Hobbit-hole inspired cottage, followed by a Green Dragon Cafe last year, inspired by the hobbit watering hole. The Groundskeeper’s Cottage sleeps up to six and is available to rent from $254 per night.

BooksThe 7 best cities in the world for book lovers
Tagged
News Books Where to Stay Entertainment Movies
What did you think of this story?
Meh
Good
Awesome