The fact that global travel restrictions are stressing us out and making our lives a little darker seems obvious. But it doesn’t hurt to get statistical confirmation that everyone else is in the same boat. This conventional wisdom was recently confirmed by Amex Trendex, a report from American Express that surveyed 2,000 people nationwide with a household income of over $70,000. The poll found that 48 percent of respondents felt “anxious and stressed” about not being able to travel, and more than three in four (78 percent) claimed traveling is one of the activities they miss the most right now. 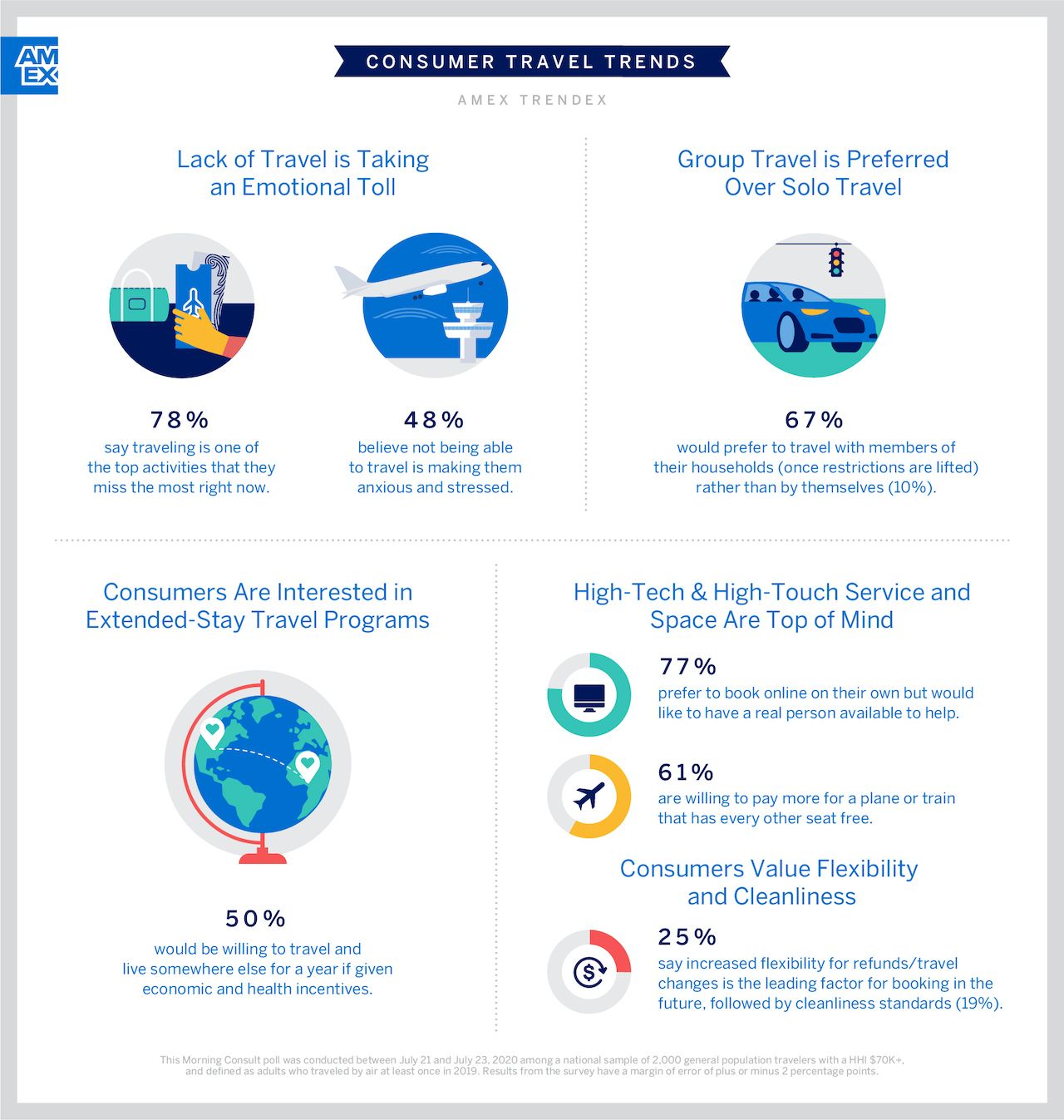 The survey also found that 50 percent of respondents would be willing to move elsewhere for an entire year if economic and health incentives aligned. That’s good news for Barbados and Georgia, since both nations recently announced they would welcome remote workers for extended periods of time as part of new visa programs.

Even when travel is really possible again, however, the poll found that 67 percent of respondents would still only travel with family or a quarantine pod for safety purposes. They would also largely prefer direct booking options so they can speak to a human being about safety protocols and any potential restrictions they may encounter.