Whether you’re trying to join the crowds on holiday, get away from them, or just find inspiration for your next vacation, it can be helpful to know where other tourists are traveling. Get Going travel insurance has conducted an in-depth study on tourism around the world. This includes the countries whose citizens travel the most, their favorite destinations, and nations with the largest tourist to resident ratio. 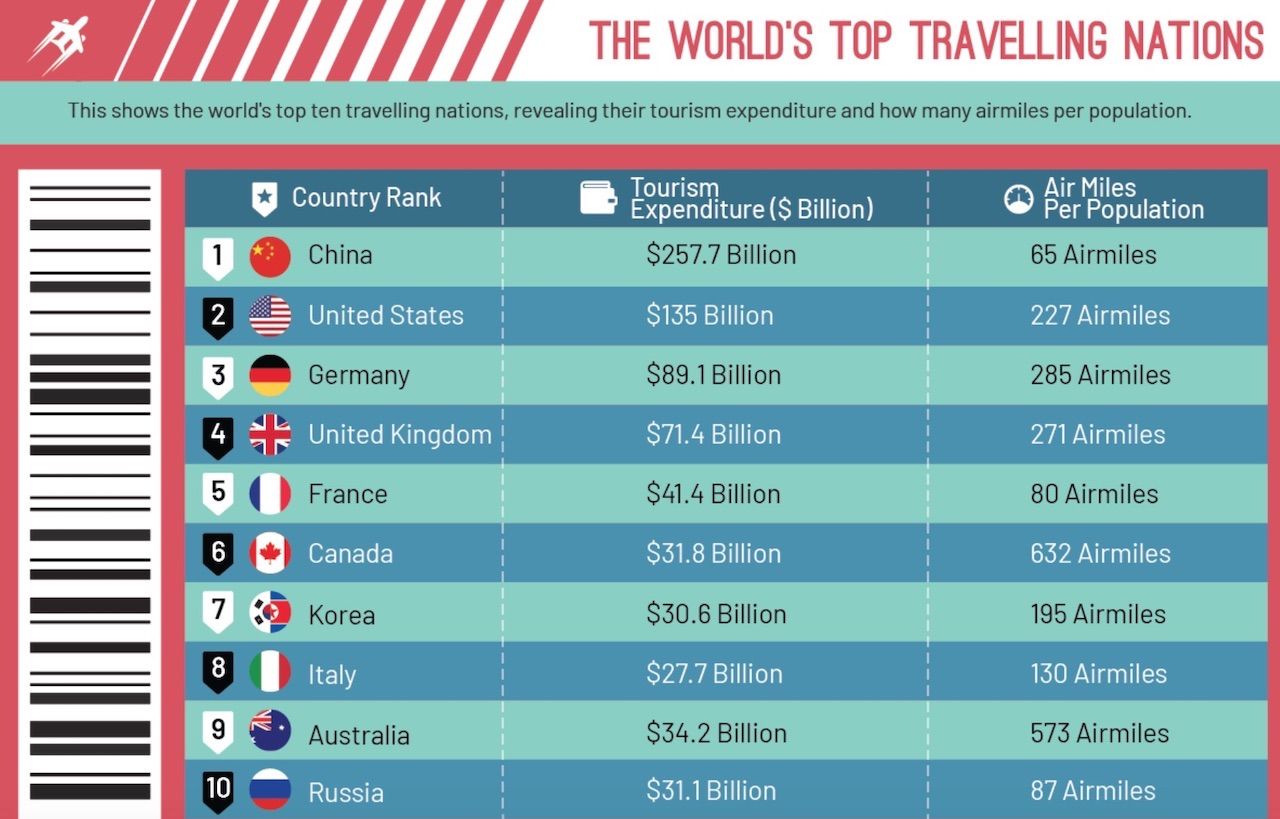 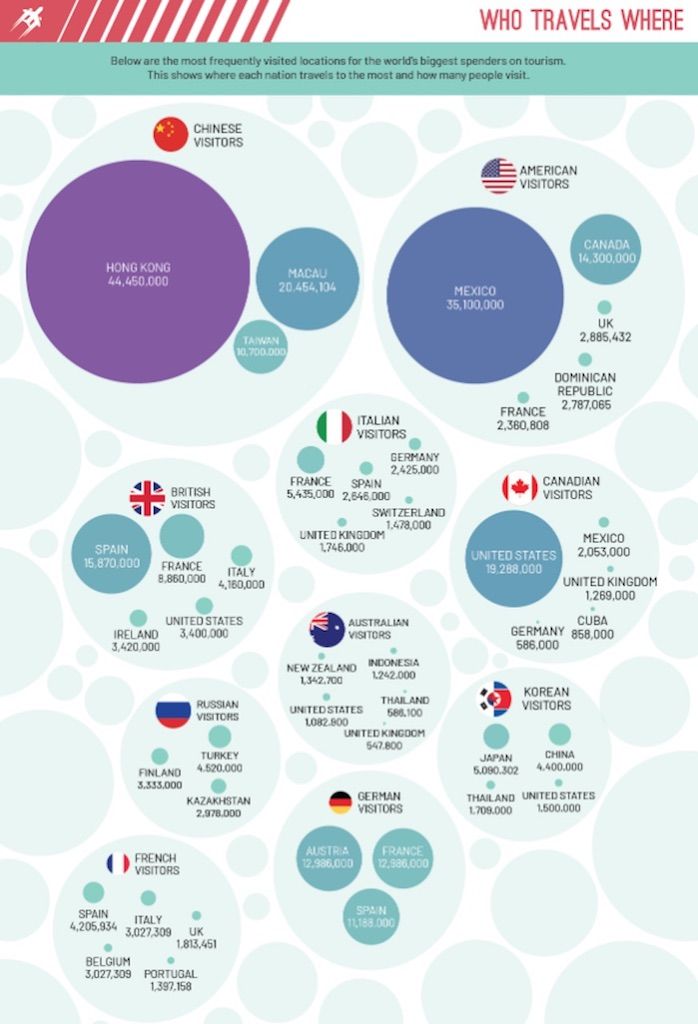 It’s probably not too shocking to learn that China is the best-traveled nation in the world. Its citizens spend over a quarter of a trillion dollars on tourism around the world, which is more than the US and Germany — second and third place, respectively — combined.

Sharing the continent with Canada and Mexico, it’s no surprise that US citizens count those two countries among their most frequent travel destinations. An estimated 35.1 million people cross the border into Mexico each year, and 14.3 million visit Canada. Canada racks up equally impressive numbers as it’s the sixth top traveling nation. Canadians log an average of 632 air miles per person each year, with the UK, Cuba, and Germany as their favorite international destinations. 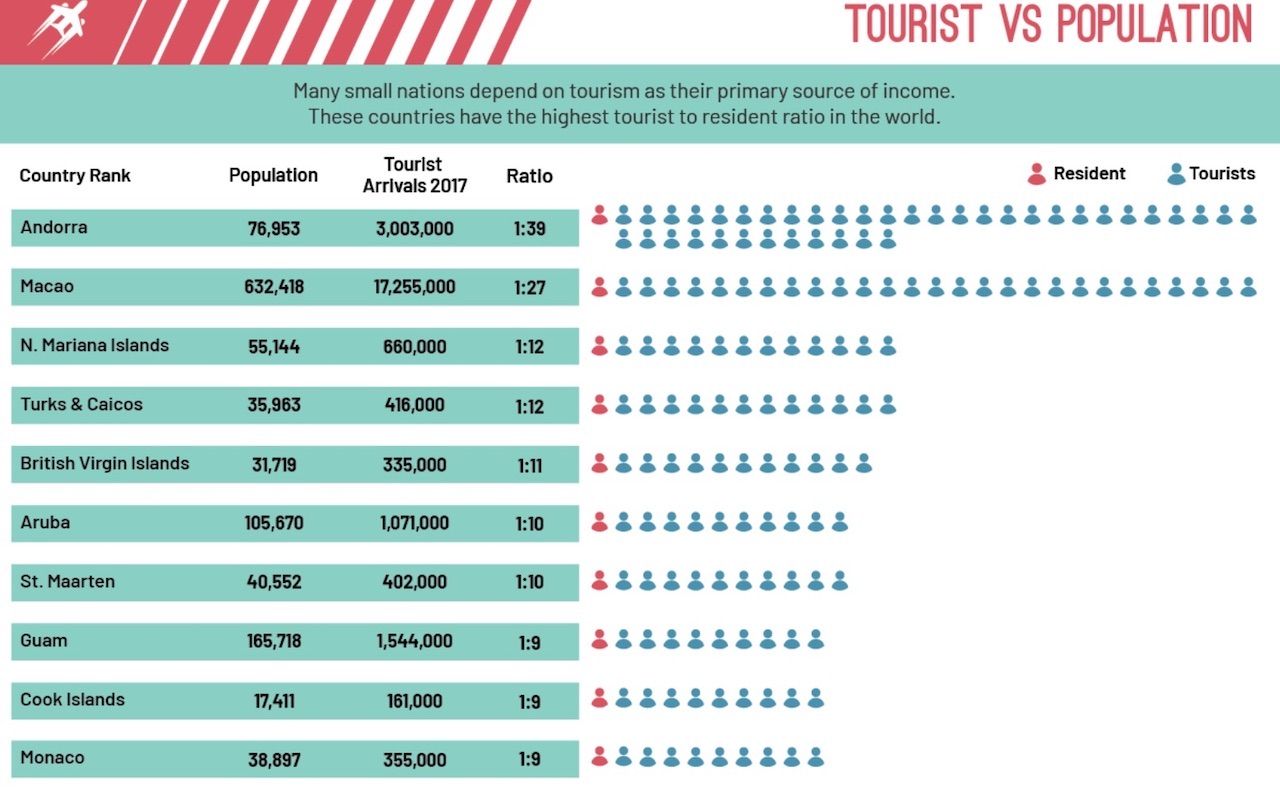 The ratio between tourists and a country’s population might be a good predictor of how frustrated the locals get by overwhelming swarms of tourists. But that’s a study for another time. As far as these ratios are concerned, the small European principality of Andorra tops the list. With a total population of 80,000, Andorra sees about three million tourists each year for a ratio of one local for 39 tourists. Macau, of the south coast of China, experiences a similar trend with a ratio of 1 local for 27 visitors.

Insider GuidesThe 25 Places You Need To Travel To in 2019
Tagged
Maps + Infographics News
What did you think of this story?
Meh
Good
Awesome