Though it’s sweetness that defines desserts, many cultures across the globe have deployed a secret weapon to balance out all that sugary goodness: lemons. This instantly recognizable bright yellow citrus fruit is a dessert hero, rescuing cloyingly sweet treats with a burst of zesty freshness. Tart pies, mountains of whipped meringue, and syrup-soaked pastries all rely on lemon for their subtle, yet delicious, citrus flavors. Of course, lemon desserts feature prominently in Europe, but people in Turkey, the Balkans, Iran, and beyond also flavor desserts ubiquitous at bakeries, cafes, and birthday parties with lemon. Check out these nine lemon desserts from across the globe if you want to zest up your life. 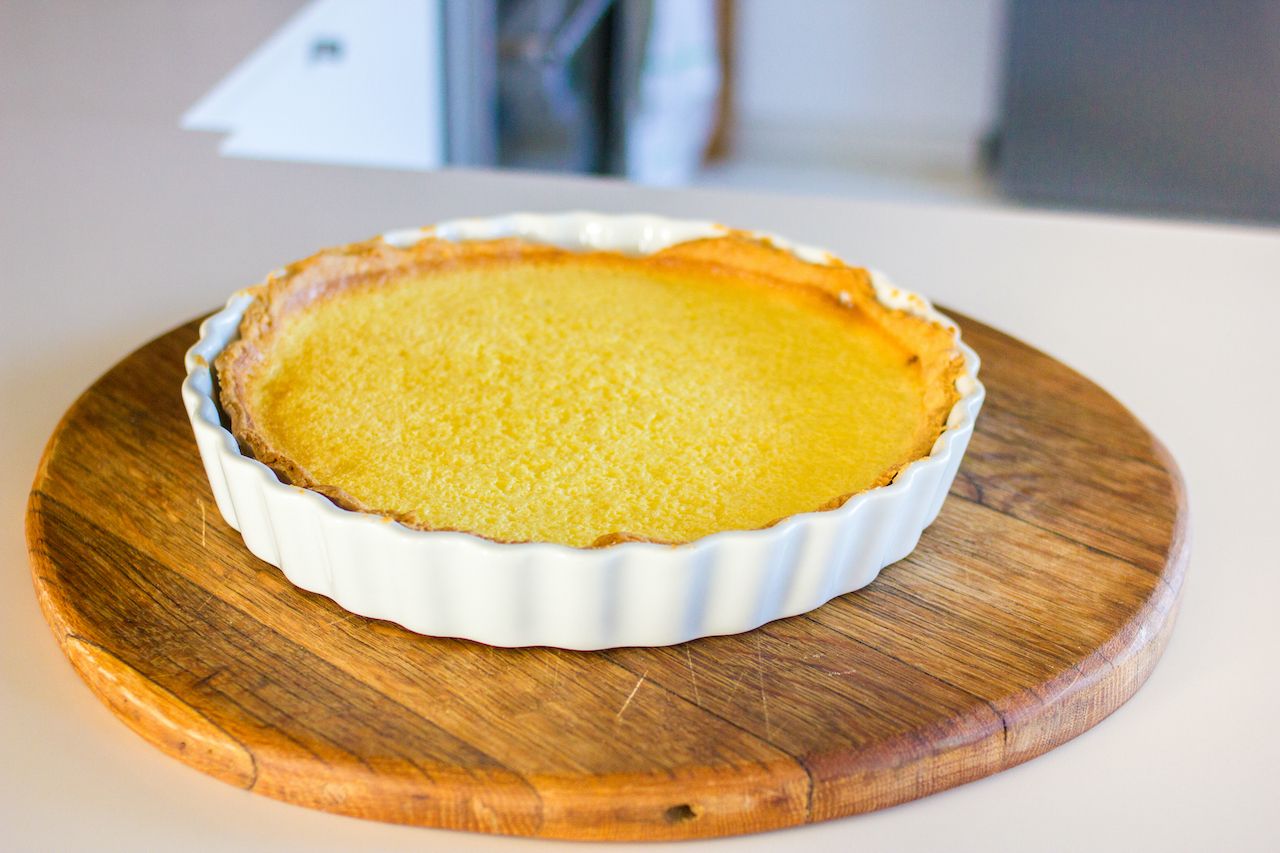 In France this classic lemon dessert is called tarte au citron and will be on display at just about every bakeshop. The buttery, slightly sweet pastry crust balances out the tart lemon custard filling. Interestingly enough, while lemon custard has probably existed in Europe since at least the Middle Ages, the first published recipe for the lemon curd appropriate for a lemon tart filling appeared in a British cookbook called The Lady’s Own Cookery Book in 1844. That recipe took the term “curd,” seriously, detailing how to mix lemons with cream, then straining the mixture through a cheesecloth, separating the curd from the whey. Eventually, the recipe evolved into the smooth, silky curd we know today. 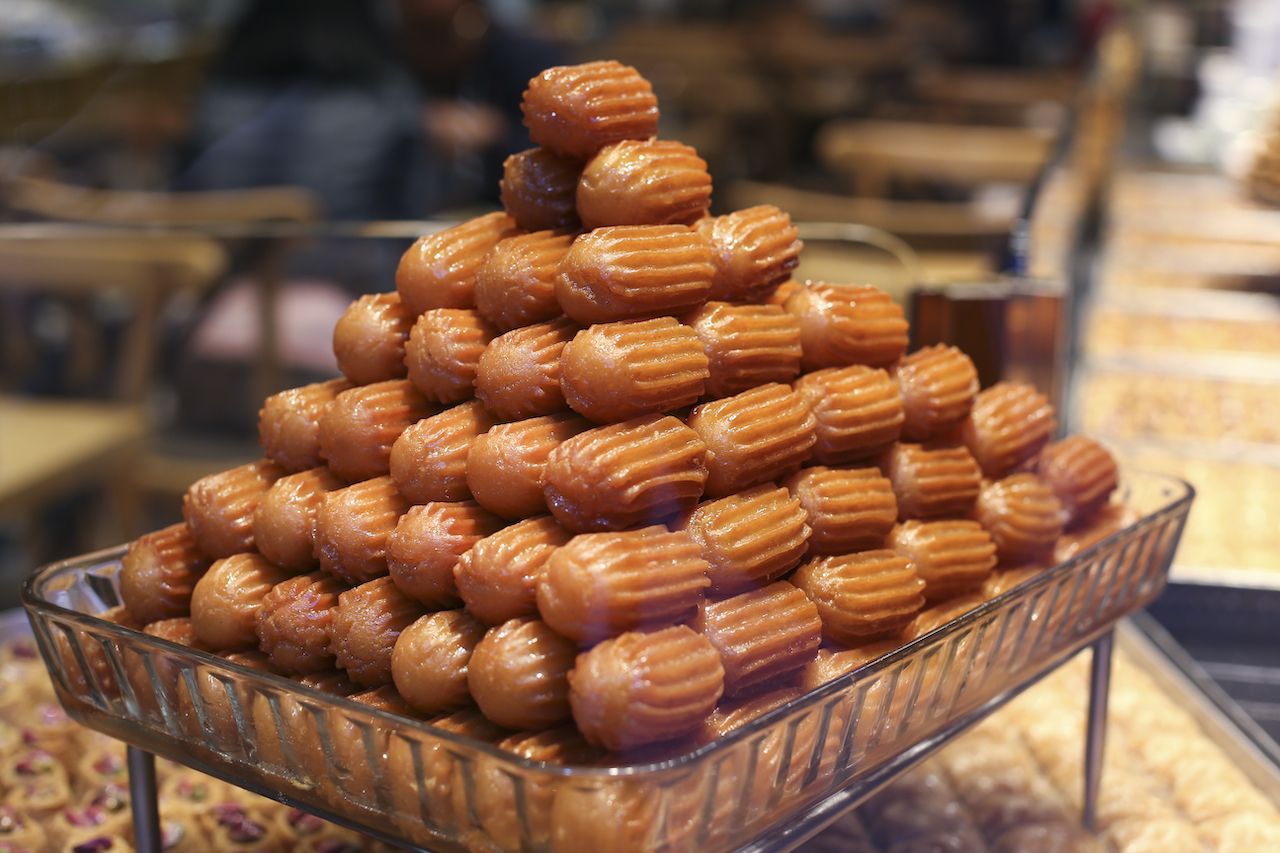 These short, ridged tubed shaped pastries are similar in texture to French choux pastry and are deep fried until golden brown, then soaked in lemon-flavored syrup. There’s some debate over the actual origins of tulumba. The Turkish have tried to claim it as their own, as have the Greeks. It’s popular in Albania and Bulgaria, too — in fact, you’re likely to find it all over the Balkans. Though it’s most commonly known as Tulumba (which means “pump” in Turkish) this dessert goes by many other names, including balah el-sham in Eygtpian and bamiyeh in Persian. No matter where it originally appeared, historians agree that it likely first appeared during the reign of the Ottoman Empire. 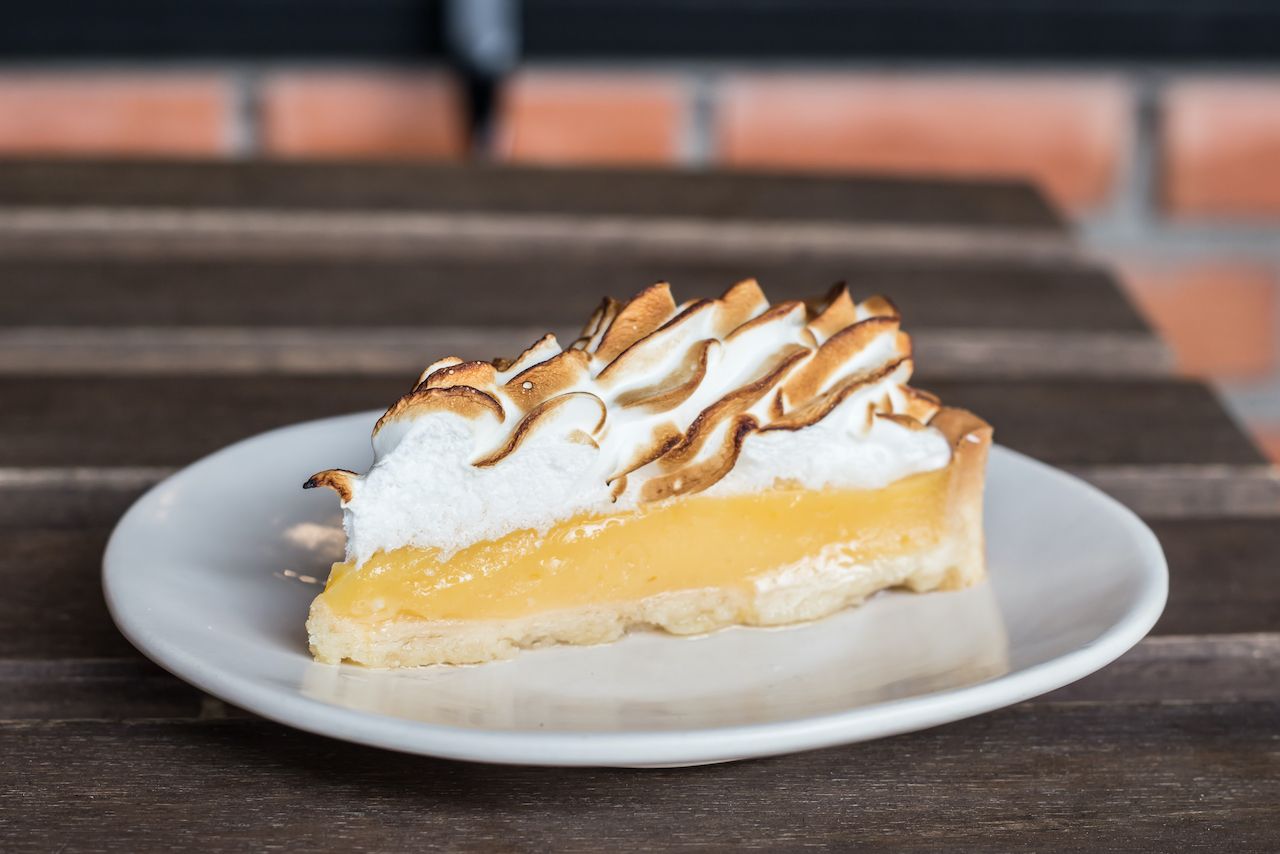 Though the familiar phrase goes “as American as apple pie,” that title should go to lemon meringue pie. Apple pie is actually a British invention, but this tart lemon custard topped with fluffy meringue can be traced back to Philadelphia. Elizabeth Goodfellow, who ran her own pastry shop and founded one of the first cooking schools in America in the 1800s, is responsible for the recipe: She topped her signature lemon pudding with meringue, perhaps as a clever way to reuse the egg whites that didn’t end up in the filling. Goodfellow didn’t share her recipes, but in 1847, one of her pupils, Eliza Leslie, published the first recipe for a pudding filled pie topped with meringue. By 1860, lemon meringue pies (sometimes called lemon cream or lemon custard pies) were ubiquitous in cookbooks all over the country. Apparently the dessert was a favorite of Abraham Lincoln. 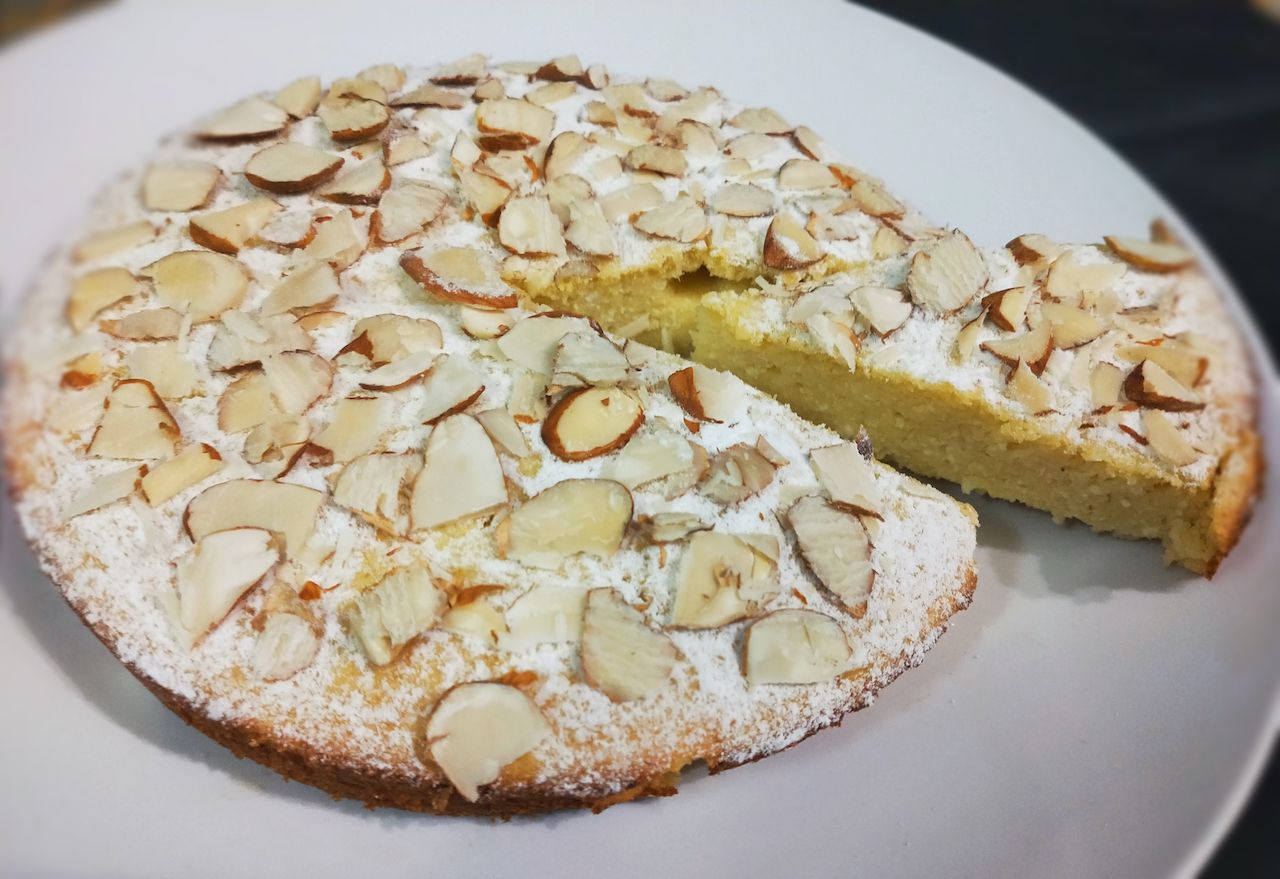 This traditional Italian dessert isn’t as sweet as most lemon desserts and features a denser texture than other cakes, all thanks to the key ingredient: ricotta cheese. Especially popular in Naples during Carnevale, its texture is reminiscent of an airer cheesecake. The lemon flavor is subtle, which means that although this ricotta cake is technically a dessert, it’s often served with tea or at breakfast. 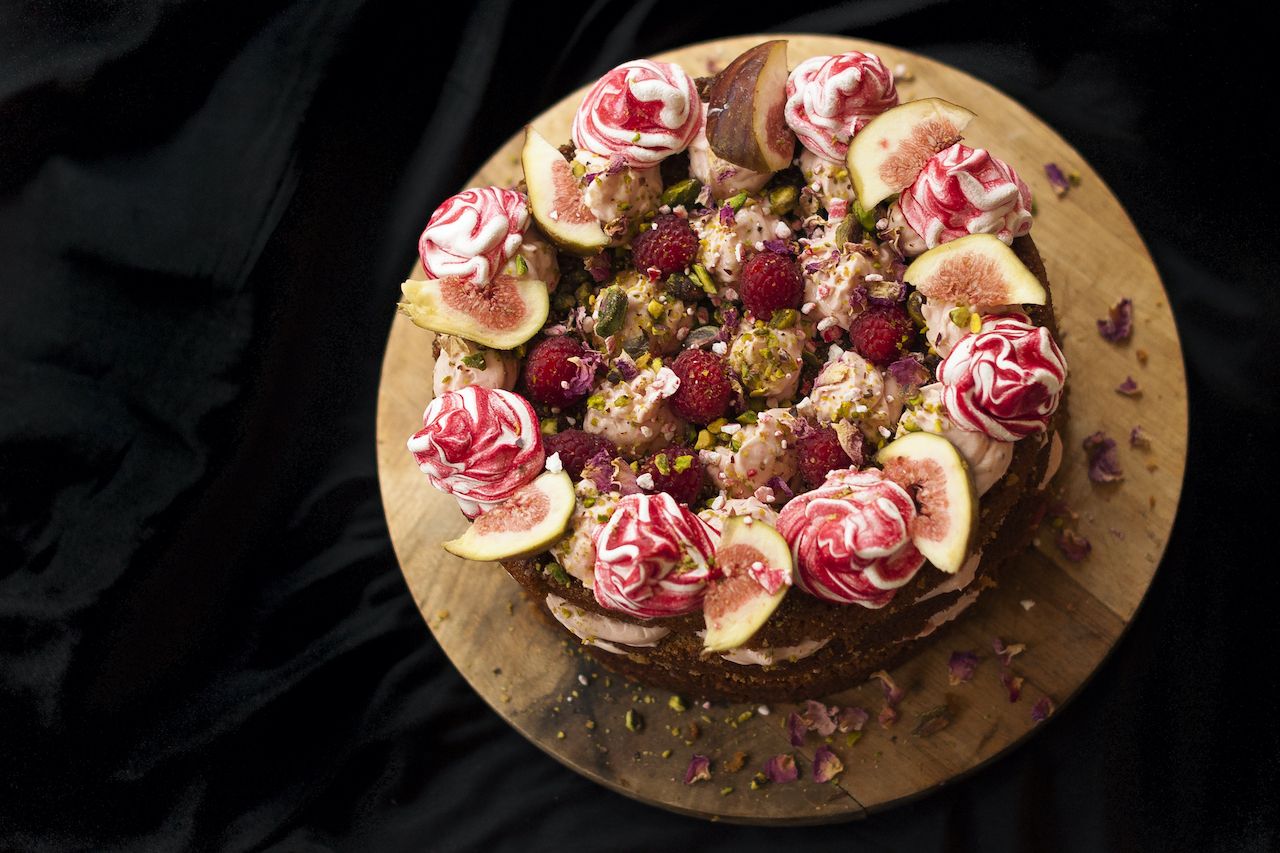 The origins of this cake are shrouded in legend: According to the most common story, when a Persian woman fell in love with a prince who didn’t love her back, she baked this cake for him and imbued it with a love spell. The recipe certainly does have an aura of enchantment: The whipped cream topping is infused with delicate rose water and sprinkled with pistachios, while cake itself is flavored cardamom and of course, lemon peel, to imbue it with a slight citrus flavor. It’s not uncommon to see this cake dusted with flower petals, too, which makes this cake look even more like a dessert fit for a fairytale. 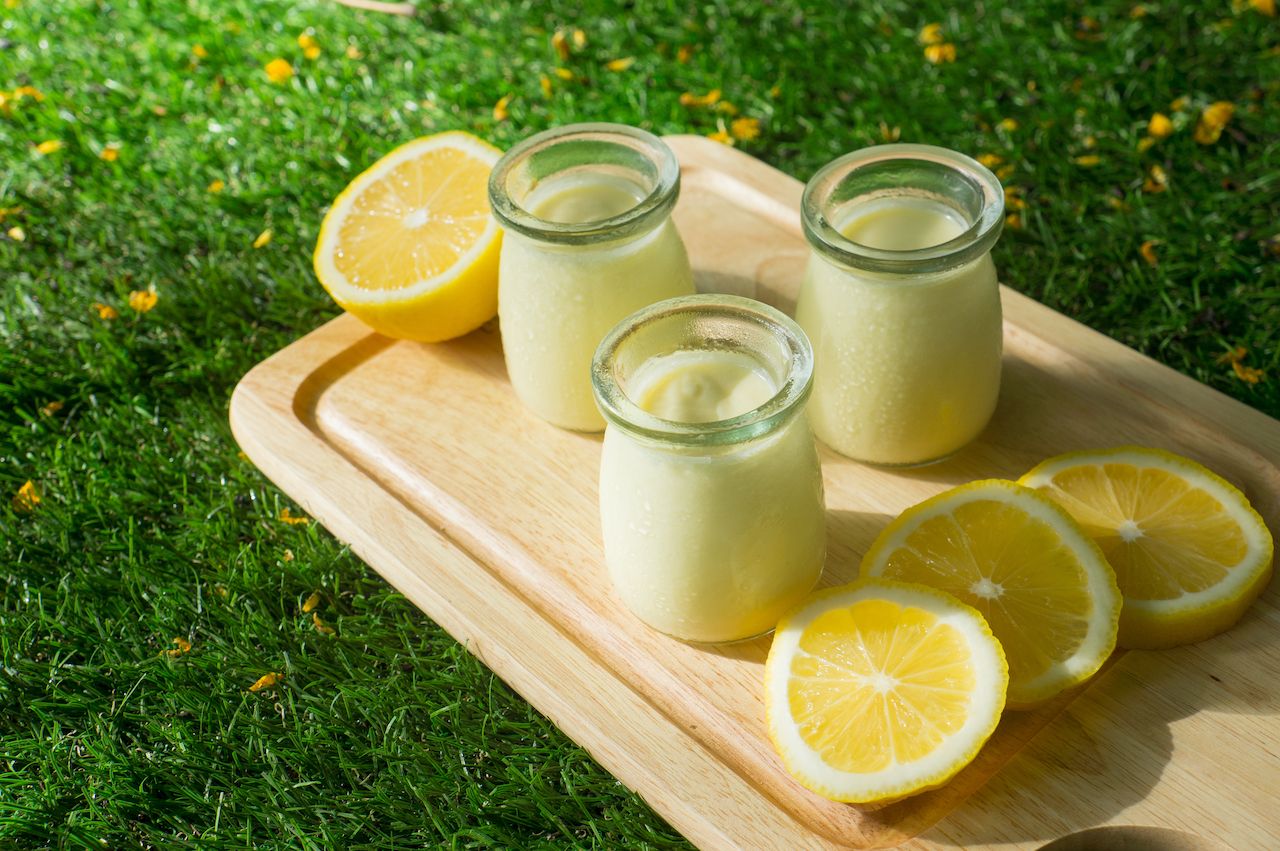 This classic English dessert can be traced all the way back to the Middle Ages, when it was served as a milk-based beverage spiced with wine and honey, and served as a cold remedy. Today, posset is a creamy, citrusy dessert that more closely resembles a pudding than a beverage. Lemons are the star of the show in posset: There are only three ingredients and one of them (alongside cream and sugar) is two lemons.

Carlota might remind some people of lemon icebox cake, but this dessert is a staple at birthdays and Christmas celebrations in Mexico. Vanilla-flavored cookies called Marias are layered underneath a super simple sauce made from condensed milk and the juice from as many as five lemons (the dish is also frequently made with limes instead). Once the cake has been constructed, it’s frozen for several hours until the texture resembles that of ice cream. The simplicity of this dessert, along with its heavenly citrusy flavor, have helped carlota spread across Latin America. 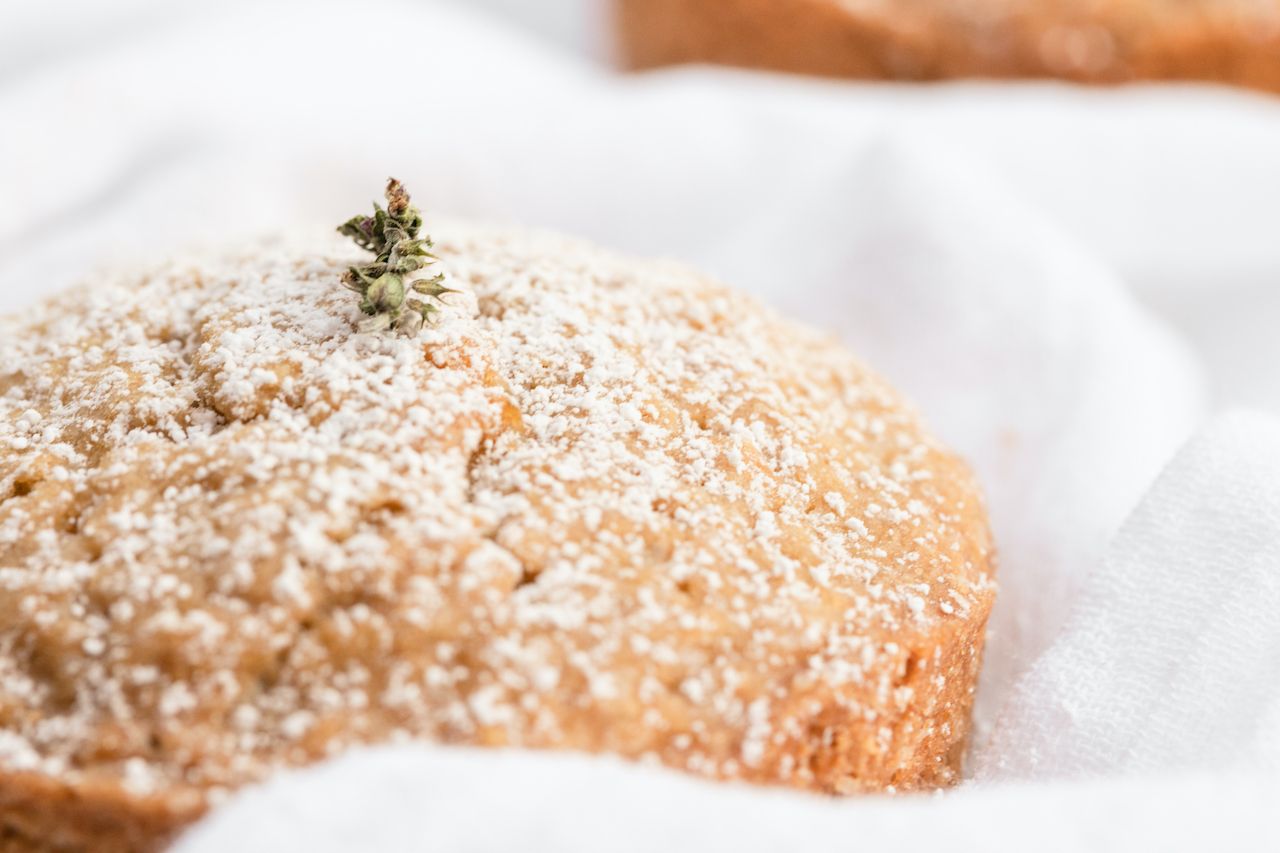 This wonderfully dense, yet moist and fluffy, cake is inspired by the flavors of the Mediterranean. Spain has its own take on olive oil, often infused with a floral, fruit-like flavor that pairs perfectly with this loaf cake. A fixture in bakeshops in Spain, it’s often served not after dinner but as a merienda, an afternoon snack paired with coffee. In Spain, olive oil cakes come in a variety of flavors, including orange and almond. However, a touch of citrus flair from lemon juice gives this cake an extra zesty kick. 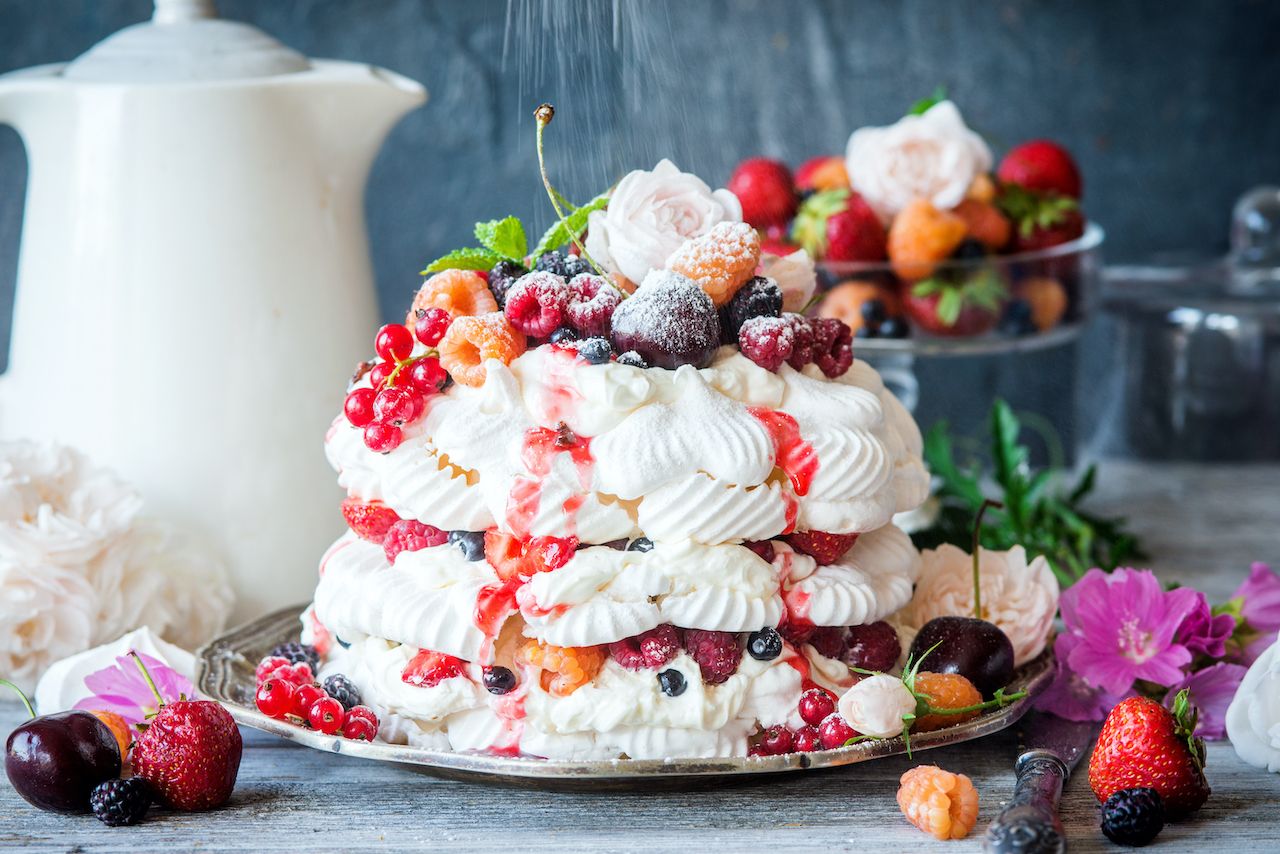 Popular in both Australia and New Zealand, the pavlova is at once crunchy, creamy, and one of the most decadent, elegant desserts you’ll ever encounter: Layers of crisp-on-the-outside, gooey-on-the-inside meringue are topped with whipped cream, then stacked with towers of strawberries, blackberries, and blueberries. So where does the lemon come in? To give this ideal summer dessert a delicate a touch of tartness, lemon zest is grated over the fruit topping.

DessertThis Lemon Icebox Pie Is the Most Famous Pie in Atlanta
Tagged
Dessert
What did you think of this story?
Meh
Good
Awesome