The monsoon season in India begins in early June, peaks in July, and comes to an end in September. Many coastal areas can be unpredictable, with torrential rains making sightseeing and leisurely activities essentially impossible. On some days, there’s only very little rain, particularly in parts of northern India, which generally means sweltering temperatures and humidity levels that are almost unbearable. There’s also an omnipresent risk of landslides — leading many travelers to skip the north and northeastern mountains. India is huge, however, with diverse topography and a number of destinations that are prime for escaping the monsoon rains. From snow-clad Himalayan peaks to mist-laden green valleys where you can chase the tropical rain with swelling rivers, here is where to travel in India during the monsoon season.

The tea plantations in Munnar 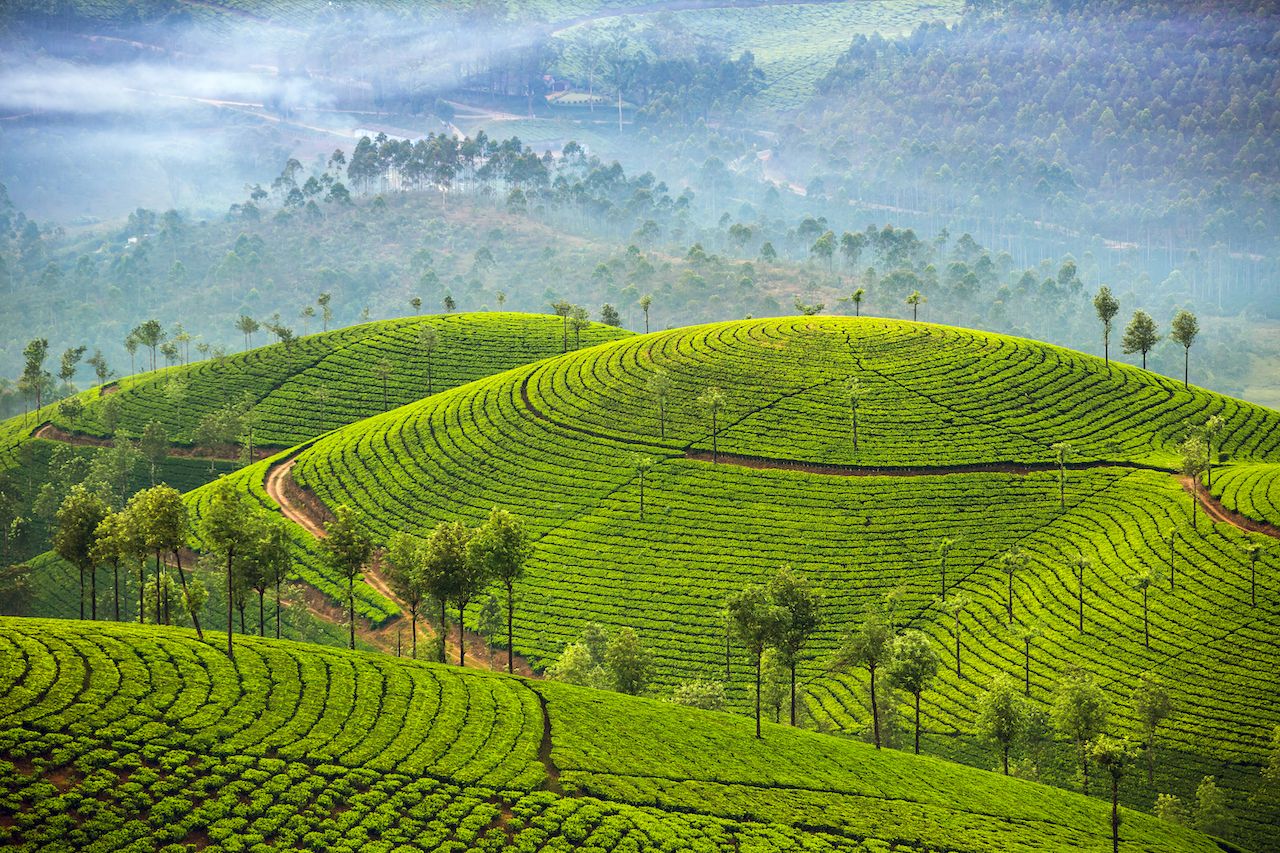 Carpeted in wet-green tea gardens and located in the Western Ghats mountains, Munnar is a major tea cultivation region in Kerala. This city in the southwest of the country is a popular honeymoon destination because of the rolling green hills and its reputation as a hub for wellness retreats and relaxation. During monsoon season, the rains create seasonal changes in the landscape. This time of year, the higher water levels create temporary streams in the undulating paths of the tea gardens. The hills are enveloped in mist, and the area kind of looks like the setting for a new Shrek movie.

Get out for a hike to get a feel for the area. Follow the zigzag path from the edge of town to Kolukkumalai’s tea plantations, where you can learn about the process of tea production over a hot cup of chai. This hike can be done in a morning, but if you’re up for a full-on trek, a 20-mile hike from Munnar takes you to Top Station in the Kurangani Hills. You can camp overnight and return the next day, and guided trip options are available through Munnar Tent Camps. On your way back, stop by Kundala Lake for a boat ride. As with much of Kerala, there are also options for the wellness-minded traveler in Munnar. If a disconnect and rejuvenation session is in order, opt for an ayurvedic holiday at Tea Country Resort. 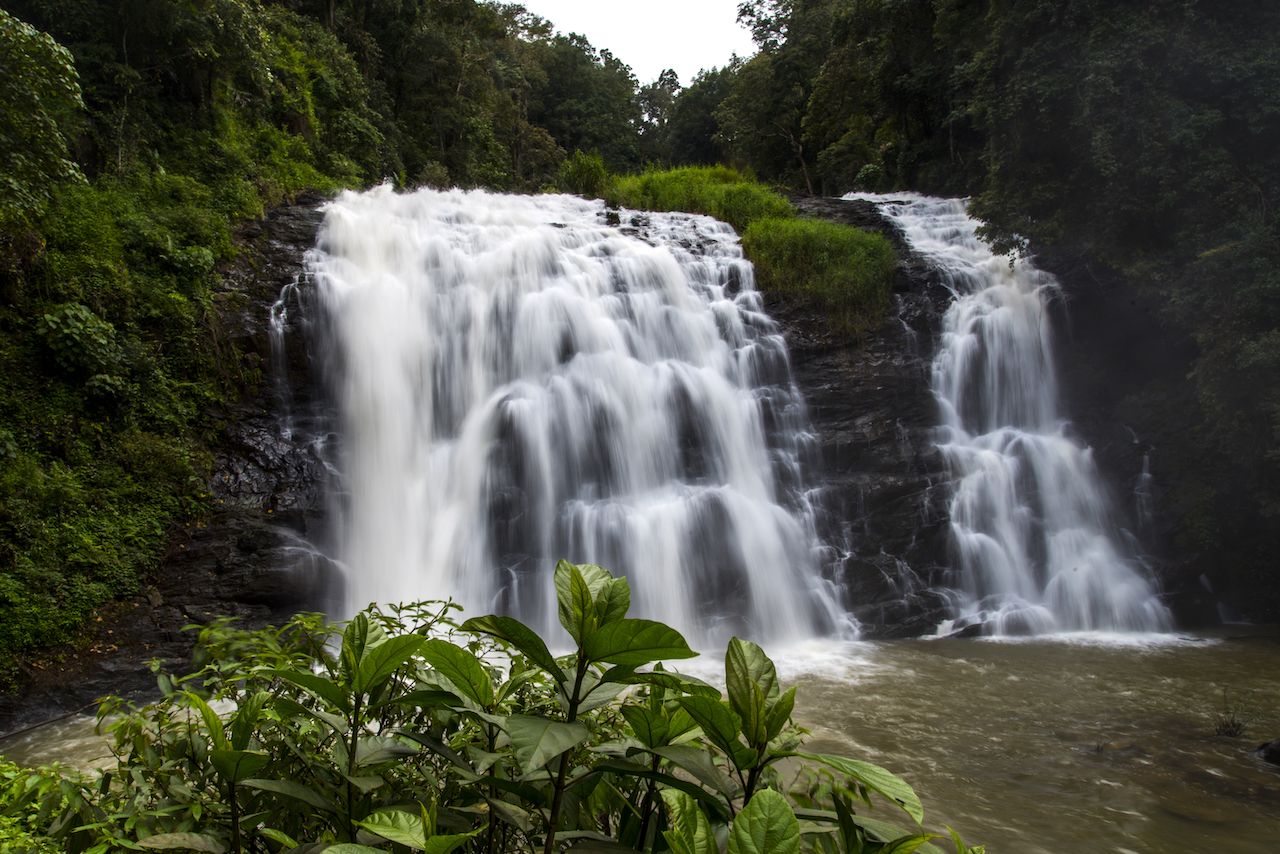 North of Kerala is the state of Karnataka. The region of Coorg in the western part of the state is India’s coffee country. To clear up any confusion, you’ll also hear Coorg referred to as Kodagu — they are the same place. It takes five hours to reach Coorg from the state capital of Bangalore, where you’ll likely fly in as it’s home to the closest major international airport. During the monsoon season, the rain-fed cascades of Coorg come to life. Abbey Falls, within a thick coffee plantation, are the most popular among visitors. The falls are located north of the town of Madikeri and are easy to access as they’re just off the aptly named Abbey Falls Road and have a large viewing bridge. You can also visit Iruppu Falls, Chelavara Falls, and Mallalli Falls while you’re at it; they’re accessible by Madikeri, which is also where the ancient Madikeri Fort is located. Coorg is home to a Tibetan settlement, so expect plates full of sizzling steamed momos whenever you stop to eat. Visit the Golden Temple inside Namdroling Monastery, which is home to nearly 5,000 monks and nuns. Backpackers can stay at Zostel Coorg, but for a more luxurious experience, stay at the Club Mahindra Coorg resort.

The Valley of Flowers in Uttarakhand 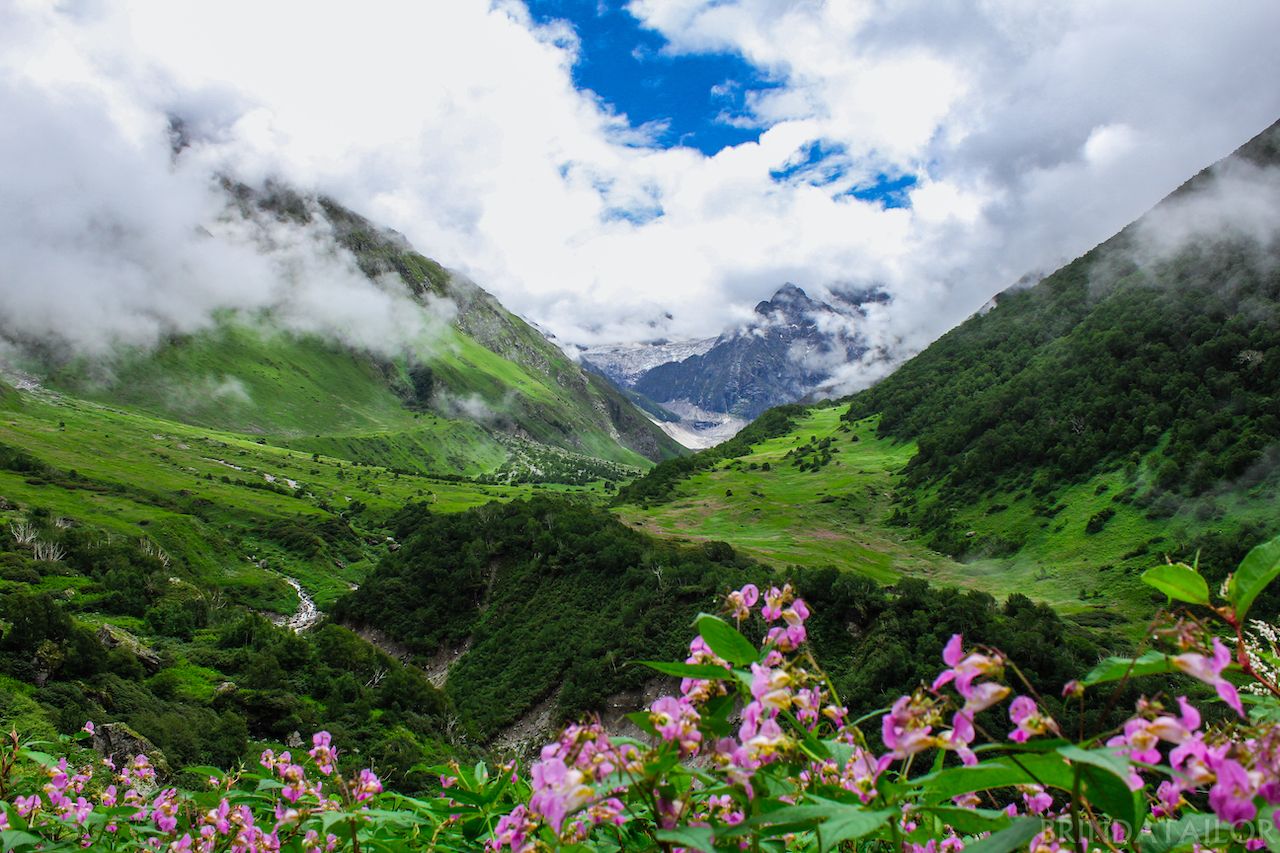 If you do stay up north, the state of Uttarakhand is the place to be. In particular, the Valley of Flowers. A UNESCO World Heritage site, the Valley of Flowers is a national park located in Uttarakhand’s Chamoli district. Sheltered by snow-capped mountains, the entire valley blooms with the arrival of monsoon rains. From mid-July to mid-August, the gorge over the Pushpawati River is covered with alpine flowers in different shades of pink, though you’ll have to trek about 11 miles from the nearest town, Joshimath, in order to see them. It’s worth it though — the trek passes through the mountain villages of Govindghat and Ghangaria to reach the valley, both of which are popular among outdoor enthusiasts and history buffs. Dehradun Airport in the Garhwal Himalayas is the nearest airport. Once you reach Joshimath, stay at the Himalayan Abode, a homestay with stunning views of the mountains.

The hill country outside of Mumbai 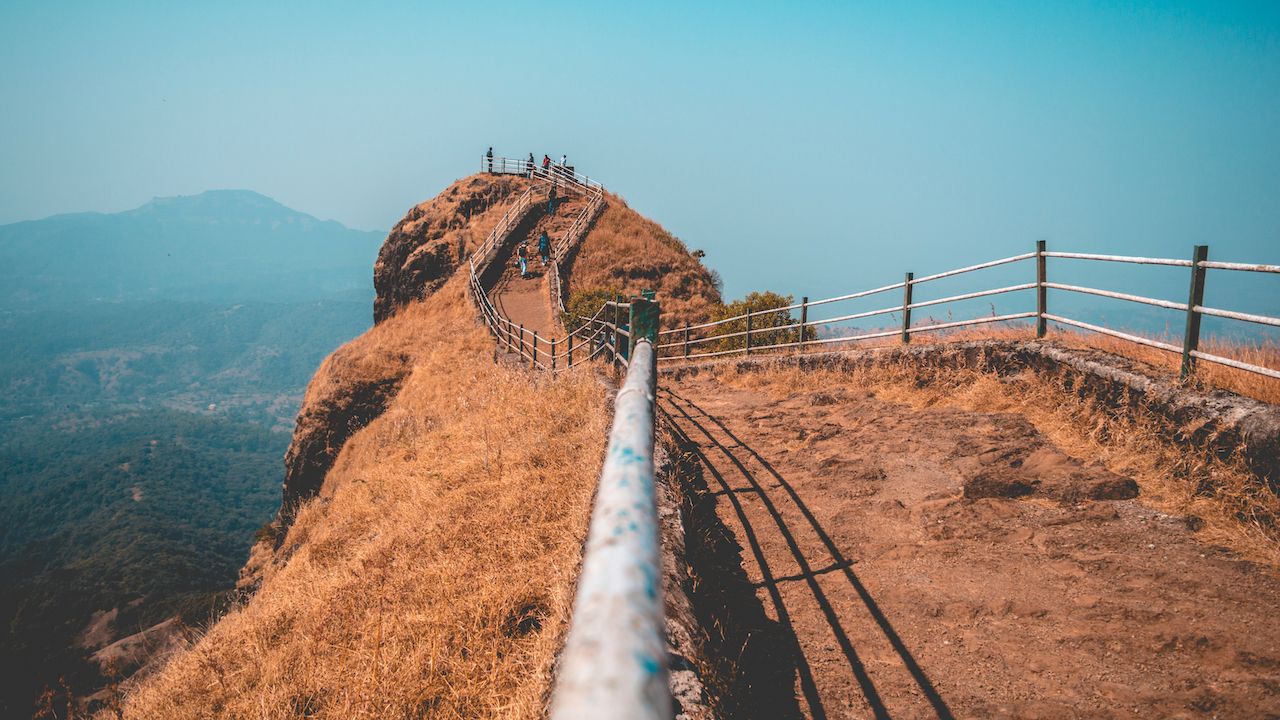 When the monsoon season arrives, the hill regions in the massive state of Maharashtra come alive. This state is home to Mumbai, India’s largest city, but you should head south to Mahabaleshwar. Known officially as a “hill station,” Mahabaleshwar is five hours from Mumbai and essentially operates as a regional hub in the Western Ghats mountains. The area is popular for its strawberry farms and you’ll find a variety of resorts and homestays far removed from the chaos of the monsoons. The draw here — beyond the strawberries — is easy access to outdoor pursuits. Another trek worth doing for a harder workout is up to Tapola, a lake and river destination about 16 miles from Mahabaleshwar where you can rent a cabin to camp overnight. Don’t forget to enjoy a strawberry milkshake at Mapro Garden. There’s also a small hamlet named Bhilar, India’s first book village.

Closer to Mumbai, Lonavala is a popular hill station this time of year due to the ease of adventure access and no shortage of epic photo opportunities. Outdoor enthusiasts can visit Bhaja Caves and Kune Falls to do a bit of day trekking. Matheran is another hill town where you can trek to Panorama Point to see the stunning view of the Western Ghats in the distance.

The beach towns of Goa 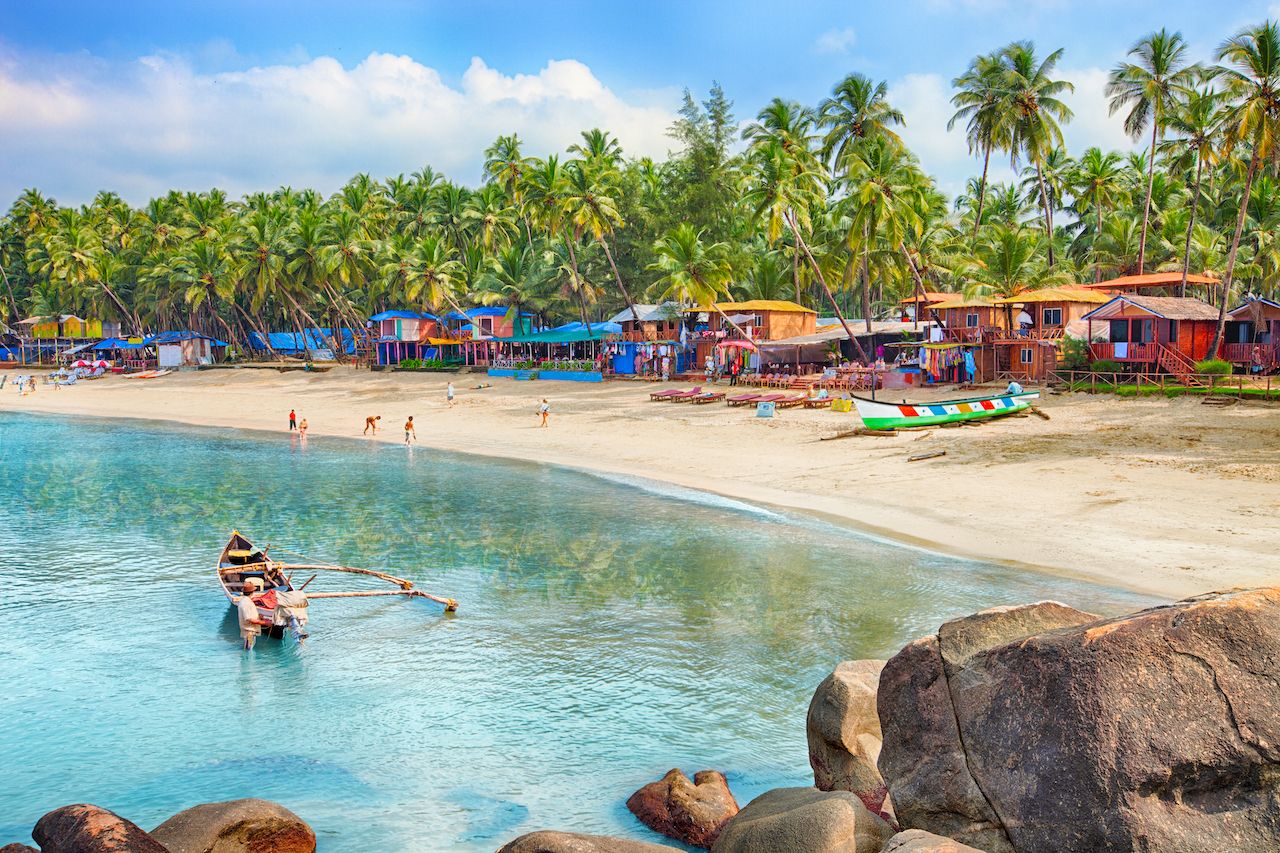 Goa, a coastal state on the western coast, is popular for its beaches and party scene. The monsoons do touch Goa, though in a far quieter manner than many other coastal areas of India, and the rains that accompany actually bring tranquility to the Goan countryside that isn’t found during the rest of the year. Visiting Goa during monsoon season is a travel hack of sorts because the sun-soaking tourists that visit throughout the rest of the year have vanished. Many resorts offer off-season deals and you can hop on a bike and ride through the charming hamlets normally lined with people, surrounded by paddy fields not far from the beach. One of the most popular sites near Goa is the nearly 2,000-foot-high Dudhsagar Waterfalls in the eastern part of the state. When a train passes by, the alive-and-breathing falls create a spectacular backdrop. The trek to the falls isn’t strenuous, but it can be quite slippery with the rains. 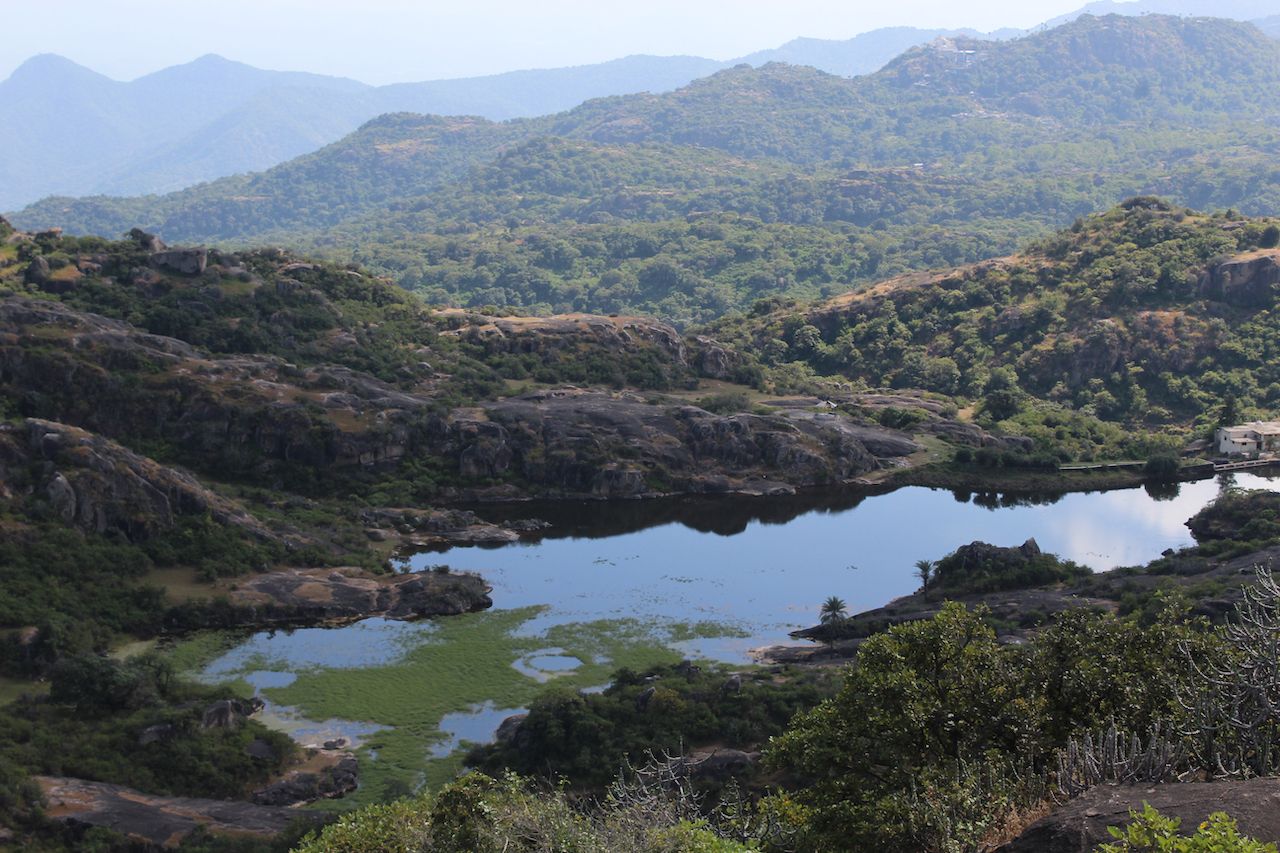 Many popular tourist spots in Rajasthan are scorching hot from June until September. One exception to this rule is Mount Abu, the only hill station in the state. Here you’ll find pleasant weather and clear skies even during the monsoon period. Get up to Guru Shikhar and take in the highest point of Mount Abu, with a panoramic view of the mountains beyond the hill station. Trekkers head to Aravalli Range or Sunset Point for a sunset that rivals all others in the country. For culture enthusiasts, Dilwara Temple is a Jain temple with impeccable architecture. The Palace Hotel, which was a high-end British residence during colonial times, is ideal to stay in for a few days at Mount Abu.

CultureWhy Kolkata Offers the Ultimate Blend of Classic and Contemporary Culture in India
Tagged
Travel Insider Guides India
What did you think of this story?
Meh
Good
Awesome