Someday you’ll be able to walk on a plane using nothing but your face.

In that same era, you’ll be able to spend some time in your hotel room before you book it, immerse yourself in your destination while still on the plane, and jump in a tilt rotor drone for a business meeting 100 miles away. The year 2040 isn’t so far off, and all those things plus a slew of other cool stuff is waiting for us.

Or at least, so says noted futurologist Ray Hammond, who, in addition to writing 14 books on the future and getting a medal from Mikhail Gorbachev for his contributions, wrote a report for Allianz Partners on the future of travel. We read through the whole thing, and here are the highlights. Obviously, this is just speculation, and all statements should be taken with a grain of salt, but they do provide a pretty fun glimpse into what could be in the future if technology continues apace.

Imagine if instead of the dull stock photos you see of hotel rooms on booking sites, you could actually step inside your hotel room, see how big it was, examine the storage situation, and feel out the work space. It’ll be possible when virtual reality becomes part of the booking process, allowing you to virtually spend time in your hotel room before making a reservation.

That VR experience will extend to stuff like museums and other attractions, too, so you can have a look at what they offer prior to making an itinerary. You’ll also have all kinds of virtual assistants to help you along the way, suggesting experiences that fit your interests in places you haven’t been.

Facial recognition software will be the huge game-changer here, as it’s already in use with some passport control kiosks and security checkpoints. In 20 years, your face will in effect be your boarding pass, allowing you to check in, pass through security, and board a plane. Iris scanners and fingerprinting devices will serve as backups, and wait times for everything from checking a bag to clearing customs will be cut dramatically.

Inside the airport, you’ll have virtual assistants pointing you to lounges, bars, restaurants, and other spots to kill time. Your bags will be handled by app-based services that pick up your bag at your house and deliver it to your destination. Such services already exist, but in 20 years, they may be the norm for those already willing to pay a premium to check luggage.

Perhaps the largest, most dramatic changes coming will be in the world of air travel. We may be flying in planes with no windows that project images of the sky outside instead. Many cruise ships do this with interior cabins now, and Emirates is considering it soon. The planes are lighter, and thus more fuel-efficient, and will be but one of many methods by which airlines reduce use of fossil fuels.

Rolls Royce is already working with Siemens to build a hybrid kerosene-electric passenger plane, a model which should be the norm in 20 years. EasyJet is currently looking at creating a fleet of wholly electric planes to fly routes under 335 miles and plans to have it up and running by 2027. Should that be successful, electric planes may become standard for short hops and regional jets.

Jet fuel won’t go completely by the wayside, though, as planes made today may well still be in the air into the 2040s. But developments in sustainable aviation fuel will affect the industry’s carbon footprint, and a move to fuels made from biomass is inevitable.

The potential for self-flying aircraft is there, where theoretically a plane could fly with one or no pilots. Though whether people would be comfortable flying like that remains to be seen.

Inside the plane, the experience will be dominated by virtual reality. Onboard entertainment will consist of virtual reality headsets in economy class, where you can pay a visit to your destination — or other destinations — without leaving your seat. Or just pretend you’re anywhere other than the economy cabin of a major airline.

Up in first class, the pod experience will go even further, with virtual reality pods transporting you to other cities with sights, sounds, and even smells, with onboard food letting you taste your destination before you get there. 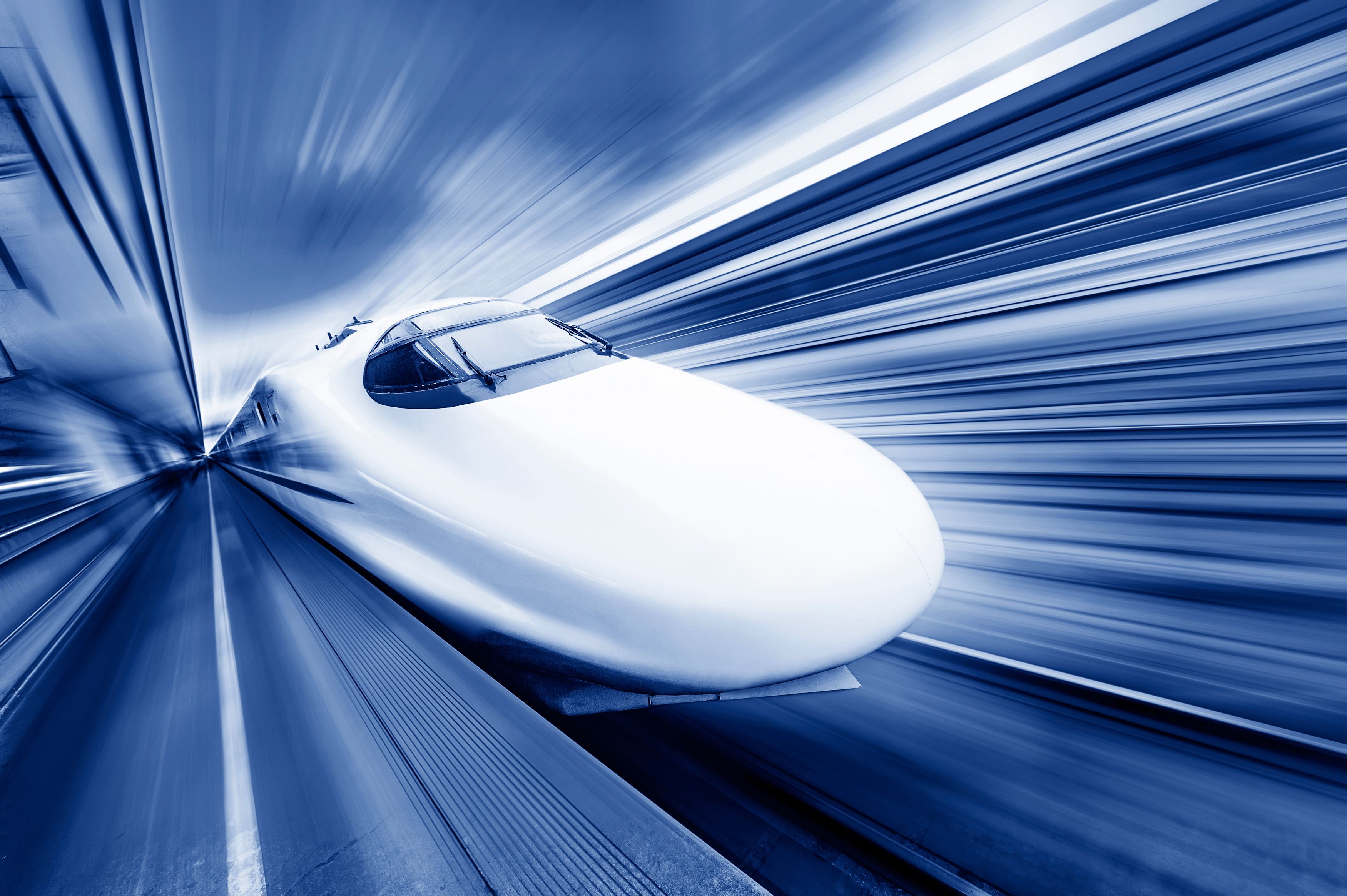 Trains, predictably, will get even faster and more fuel efficient than they are today. Scheduling and train management will all be automated, eliminating human error and keeping the trains running on time. The EU is already experimenting with this in its European Rail Traffic Management System.

Trains will be nearly all-electric by 2040 or may run on hydrogen fuel cells like some British trains plan to by 2022. That won’t affect speed though, as most high-speed trains will run about 125mph, with super high-speed trains like the HS1 London-Bordeaux route topping 200mph. Engineers will become more like trip managers, as the trains will drive themselves much like cars and some airplanes.

So much goes into the cruising experience that its future could be an entire report unto itself. But in addition to the virtual dining rooms, in-room assistants, and sustainable shore excursions, cruise ships will be moving more towards theme cruises and destinations. The number of places you can go via cruise ship will increase dramatically as destinations learn of their great economic impact. And they’ll be using liquid nitrogen gas to power ships to reduce their effect on the environment.

Onboard, you’ll be treated to nightly drone-produced fireworks shows above the pool deck. And you may also have robotic chefs preparing you in-room gourmet meals. Like on airplanes, you’ll find virtual reality headsets allowing you to visit a port of call before you get there, and get an idea of shore excursions you might want to take.

Much like facial recognition will allow you to check in for flights, so will it allow you to check into your hotel without ever seeing the front desk. Your face will also act as your room key, so the days of having to go back down to the lobby when you forget to take your key to the ice machine are over. Nor will you have to embarrassingly ask for security when your phone dies and your “virtual” key isn’t working.

In-room virtual assistants are already in place in many lifestyle hotels, but they’ll be nearly everywhere by 2040. Packing may also be a lot easier as hotels will implement 3D printing for clothing. Meaning you can have a set of gym clothes printed cheaply and easily when you arrive. Or even have a winter coat ready when you visit a cold destination.

Though technology could completely eliminate the staff from a hotel, luxury properties will still offer in-person check-in for those who appreciate a human element. But for standard brands, that will be a thing of the past as online and mobile check-in will become standard.

No more will you need to bury your face in your phone reading Yelp! reviews to figure out where to eat dinner. Augmented reality glasses will allow you to look at a restaurant and instantly see its menu, reviews, and hours. So you can effectively scan an entire neighborhood to see what’s nearby.

Public monuments, city parks, and other landmarks will make similar use of that technology much like some museums to today. Through augmented reality, you’ll be able to look at a statue or historic place and learn its whole story without having to crowd around a plaque.

Traveling to non-English speaking countries will become easier too, as high-speed connectivity and voice recognition software will allow for instant translation. As the Google Pixel buds are already doing, apps will instantly translate what someone says and tell you in your ear, then tell you how to say your response in that person’s language. It will likely not be perfect, and direct translation errors will abound, but it will take much of the stress out of traveling somewhere your language is not spoken.

Remember that scene in Total Recall where Arnold gets in a cab and tells the robot driver where to go? That’s more or less what the taxi experience in 2040 will be, as drivers will be replaced by driverless cars, and all you’ll need to do is tell them the destination. Though it’s unlikely human-looking robot drivers will make any appearances.

Beyond that, tilt rotor drones will likely make the largest difference in short trip travel. They’re about as close as we’ll get to flying cars, and in addition to making travel within cities easier and lessening auto traffic, they’ll also simplify travel between close cities. So one could, for example, have a meeting in Oakland in the morning, Sacramento in the afternoon, and then still hit the slopes in Tahoe to close out the day. 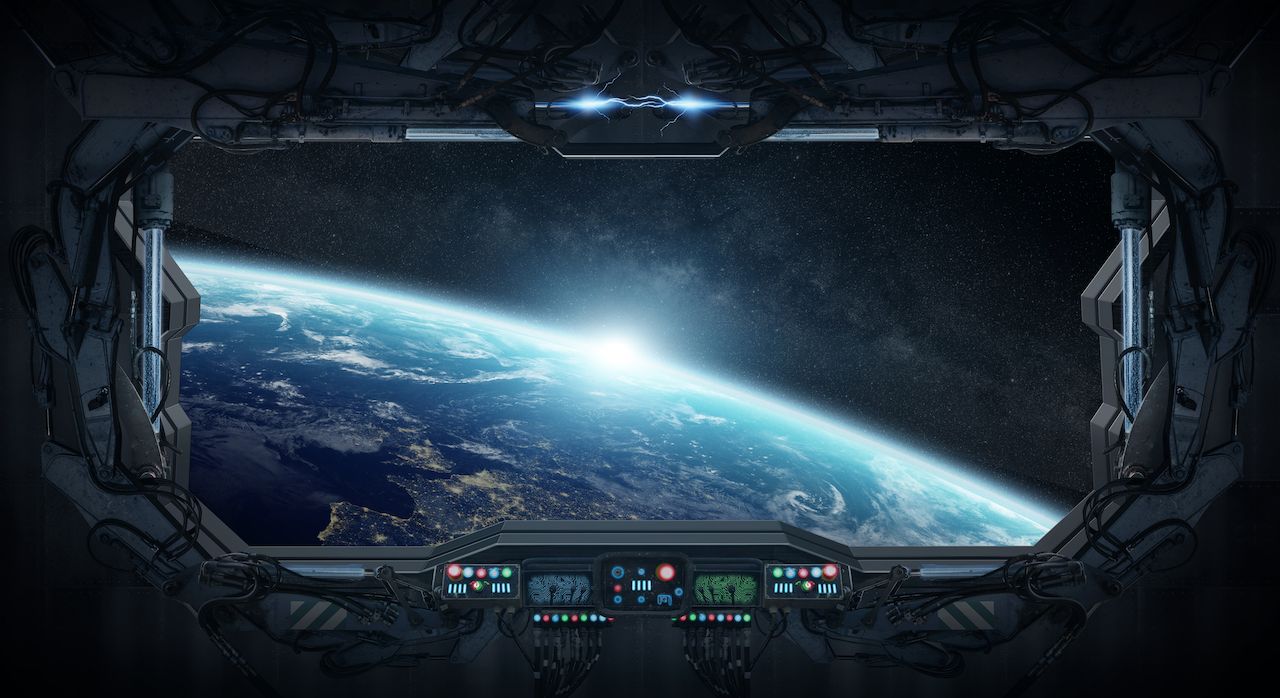 Not that trips into the great beyond will be as common as commuter flights by 2040, but luxury space travel will definitely be a thing — if only for the super-rich. SpaceX plans to have its first commercial flight orbit the moon by 2023 and plans to make it to Mars by 2030. The cost will still be in the six figures just to get out to space, as Virgin Galactic currently attaches a $250,000 price tag to its voyages.

And just like you do on highways and on the back of plane seats, traveling to space will have you inundated with ads. One Russian company is already developing orbiting billboards, so even in space you can still find a personal injury lawyer.

CruisesHere’s What Cruising Could Look Like in 2030
Tagged
Technology + Gear Travel
What did you think of this story?
Meh
Good
Awesome