While it may be difficult to get to Asia from the United States, cramping up on a 17-hour-long flight is a worthy trade-off for its dramatic landscapes, vibrant cultures, and crazy cheap, mouth-watering cuisine. These long flights drop you off with no sense of what day it is, and that disorientation combined with fast-paced languages and dizzying street traffic can leave you feeling as if you’ve entered a different world.

That is until you walk down the street and run into tour group after tour group dressed in t-shirts and fanny packs. Until the serene temple you’d read about has an hour-long line to get inside, and the chaotic streets you’d expected to be filled with locals are instead packed with spring breakers, bachelor parties, and broke backpackers. The good news is that Asia is the largest continent in the world, and if you want to find a true escape from your reality back home, it’s still wholly possible.

We chatted with Darshika Jones, the Director of North American Travel for the Intrepid Group. Her company specializes in curating tours to destinations where you can really delve into a culture and avoid the masses. As a native to Sri Lanka and longtime resident of the region, she picked out the spots she thinks are most subject to over-tourism and offered up some solid alternative suggestions.

Instead of Maya Bay… go to the Similan Islands. 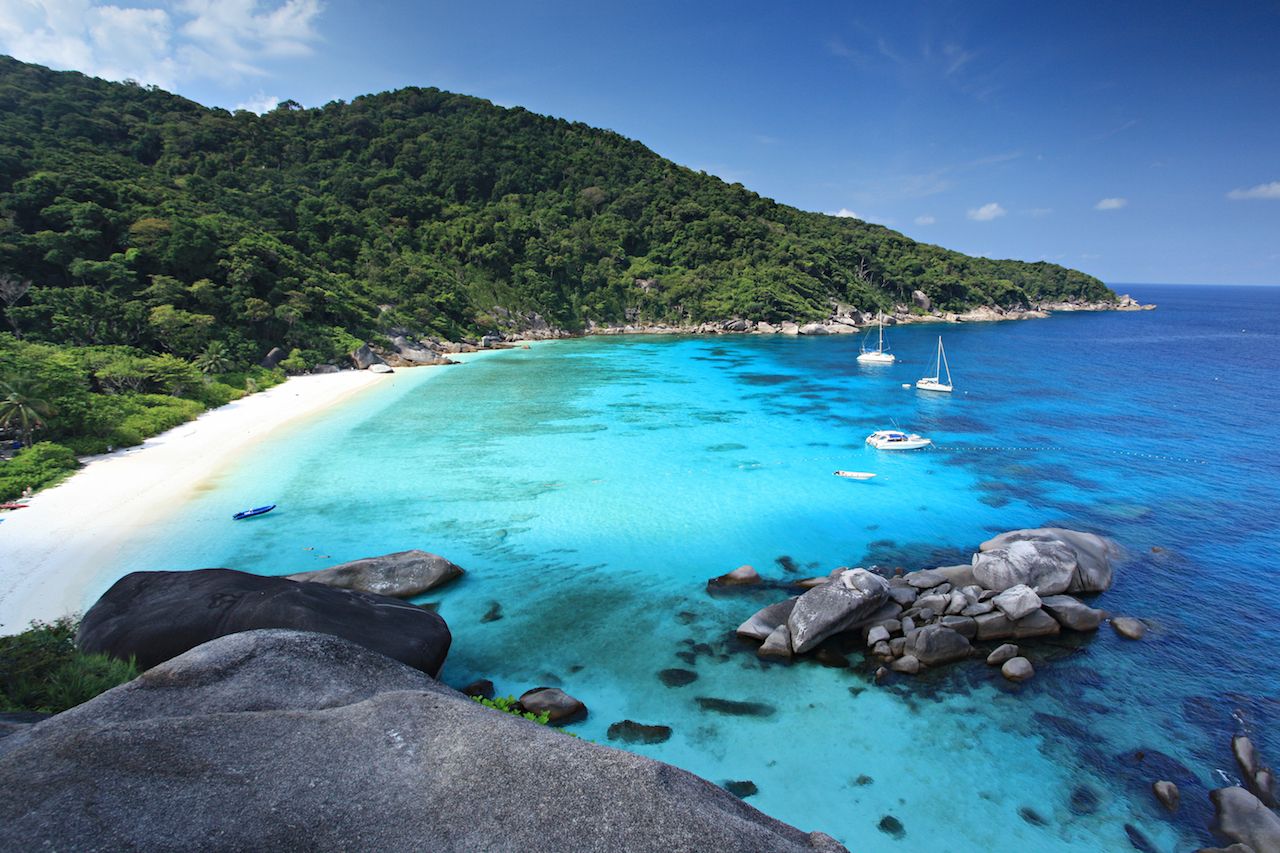 In an almost unprecedented move, the Thai government responded to the maddening over-tourism of the beach Leo made famous by literally shutting it down this past summer. So even if you wanted to deal with the throngs of humanity to see the place where The Beach was filmed, you couldn’t. Kudos to the government for some controversial natural preservation, but that leaves a lot of visitors with a big hole in their Thai island itinerary.

We suggest the Simian Islands where you’ll still have access to the stunning Andaman Sea, blinding white sands, and fascinating limestone formations. Tourists still come here, but in far fewer numbers than they did in Maya Bay. The diving is also among the best in the world, with manta rays and reef sharks in abundance underwater. It hasn’t seen near the degradation that other Thai beaches have and, for now, gives you all the Thai beach fantasy without the stress of crowds.

Instead of Ubud… go to Komodo. 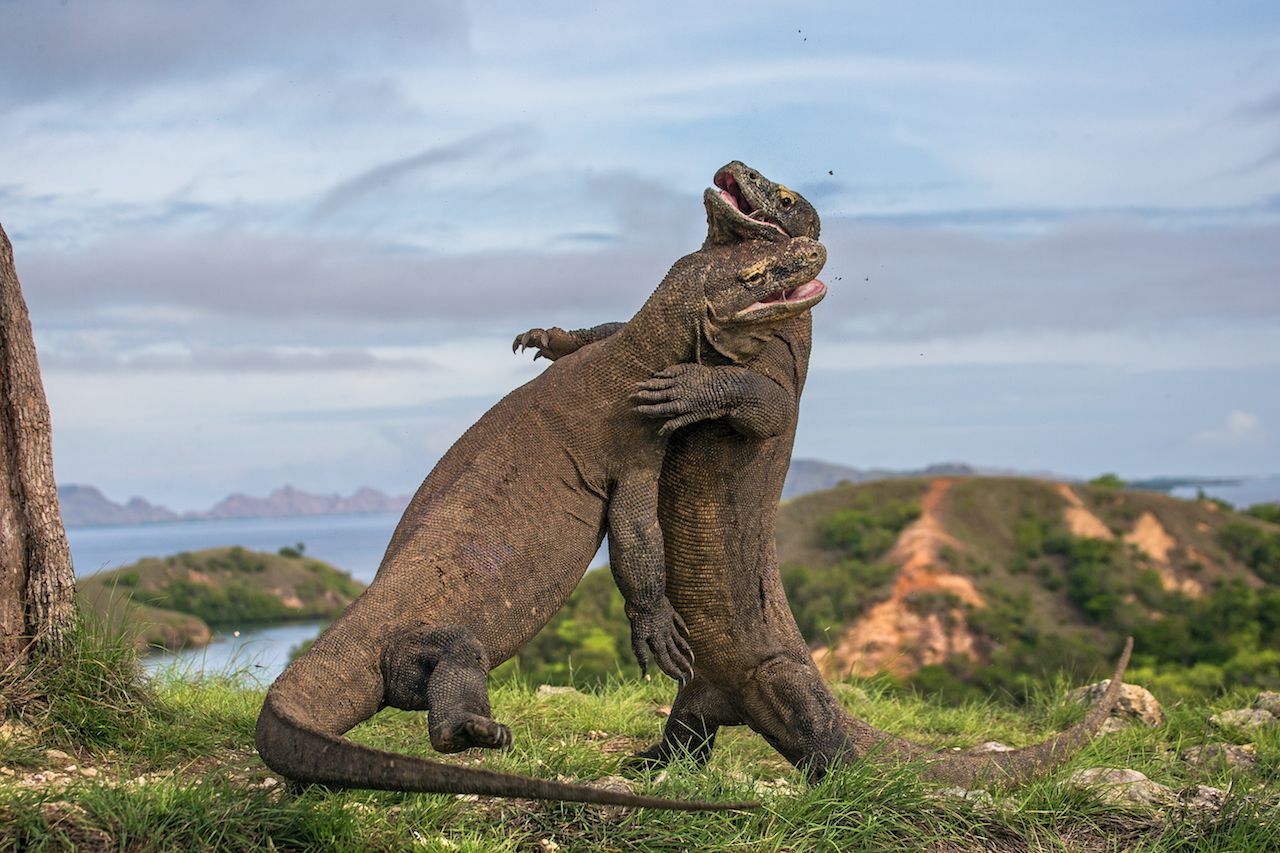 Bali has become the poster child for Asian over-tourism, a place Baby Boomers who went in the ‘70s tell you was so much nicer 30 years ago before Bali became Bali. This center for spiritual healing has now become a big ball of stress as the local infrastructure can’t keep up with the waves of day-trippers coming up from the beaches further south.

“I hate to say it, but Australians are probably responsible for most of the over-tourism in Ubud,” says Jones. “It’s so accessible, you can get direct flights, and it’s very cheap.”

For those not afraid of a little boat ride through the tropical islands of Indonesia, head instead to Komodo, where you can hike through rainforest valleys, visiting ancient tribes who still maintain their traditions. Komodo National Park is a UNESCO World Heritage site, and if you’re a diver, it might be the most underrated spot in southeast Asia. Because of the currents, the diving here is similar to what you’d find in Thailand with almost identical marine life teeming with sharks and rays. It’s also home to the bizarre yet beautiful Komodo dragon, which you’re sure to spot on most hikes through the park.

Instead of Angkor Wat… go to Bukhara. 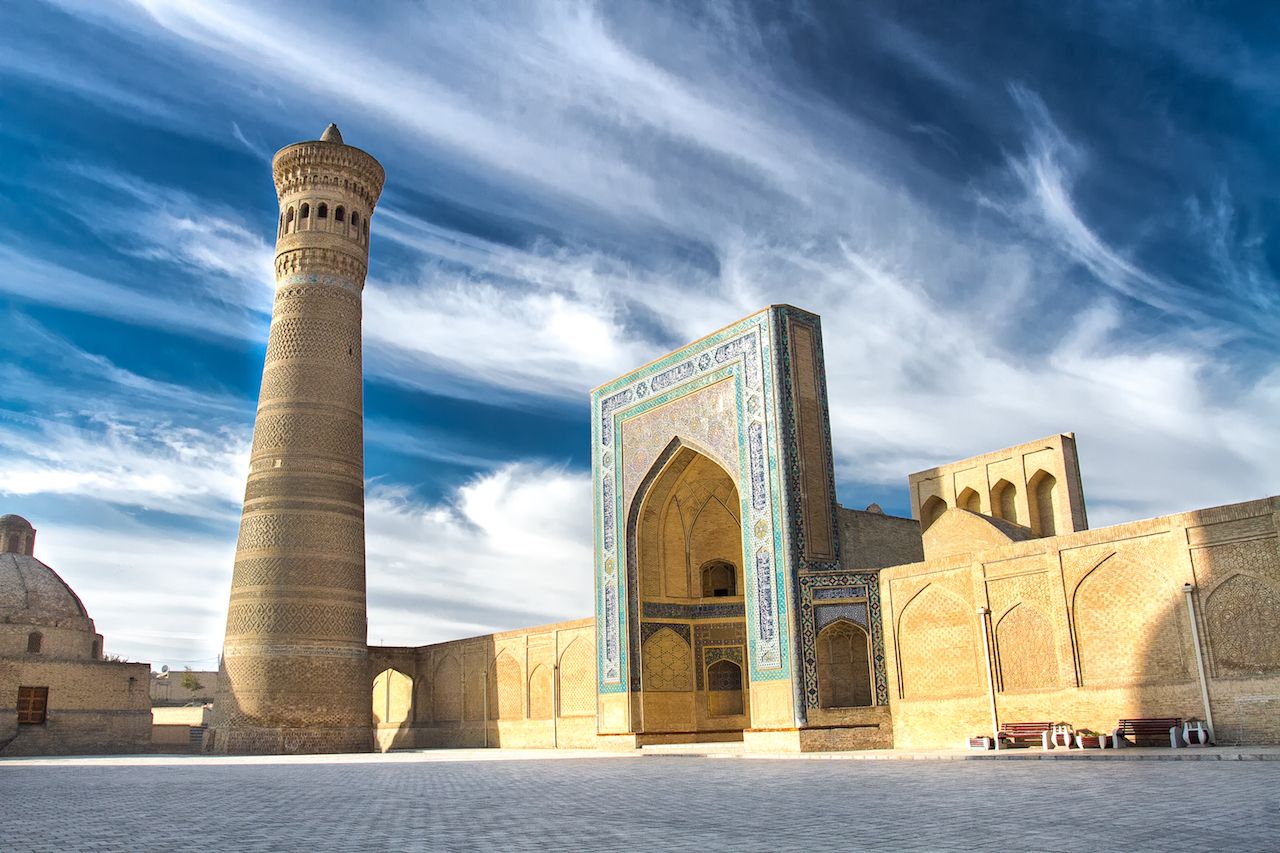 Angkor Wat might be the most photographed temple in the world, and it’s likely the only Cambodian tourist attraction many Americans can name. So it stands to reason that when one gets to Cambodia, their first day is spent making a pilgrimage to this 4,000-year-old temple. It’s a spectacular structure, a mixture of Hindu and Buddhist cultures, that might look a little like corn cobs sticking up into the sky, but it’s still the most popular in the country.

As Central Asia is primed to be the next huge tourism destination, Bukhara in Uzbekistan is positioning itself as the city for historic sites. Uzbekistan’s fifth largest metro is a UNESCO World Heritage Site with 5,000 years of human history. The old city center is jammed with historical buildings, including the Po-i-Kalyan Mosque, which survived an assault from Genghis Khan, plus over 140 monuments to explore.

“Bukhara is a quite different experience than Angkor Wat,” Jones admits. “But it does provide an alternative in terms of the silk road and the stan culture. It’s got the same level of historic significance without the crowds.”

Instead of Mt. Everest… go to Ladakh. 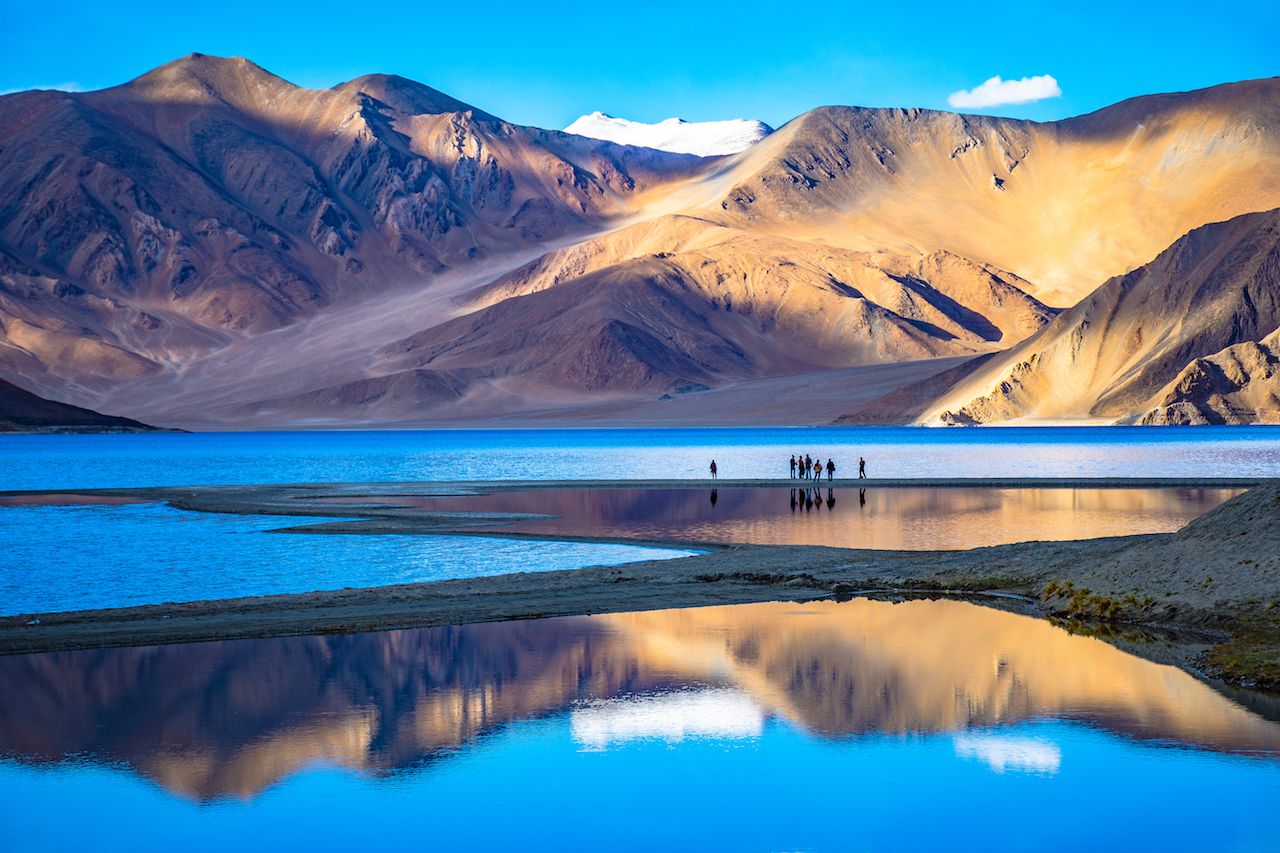 Let’s be honest… unless you’re going to summit Mt. Everest, making the trek up to base camp is basically a long, oxygen-deprived mountain hike through litter and other Whittaker wannabes. Not that it’s not scenic and challenging, but since climbing Everest has become a bucket-list item for the super-wealthy, the trip to base camp has become the affordable alternative for the masses — leaving the trail subject to “a lot of crowds, and a lot of rubbish,” as Jones succinctly puts it.

Hiking through the Indian Himalayas in Ladakh, India, gives you the same breathtaking mountain scenery you’d get in Nepal in a region often overlooked by mountain travelers. It also offers river rafting, remote villages, monasteries, and historic religious sites if you feel like doing something other than trekking. And with its proximity to Delhi, if you feel like experiencing the beautiful chaos of an Indian city, you can do that before and after your trip.

Instead of Osaka… go to Naoshima. 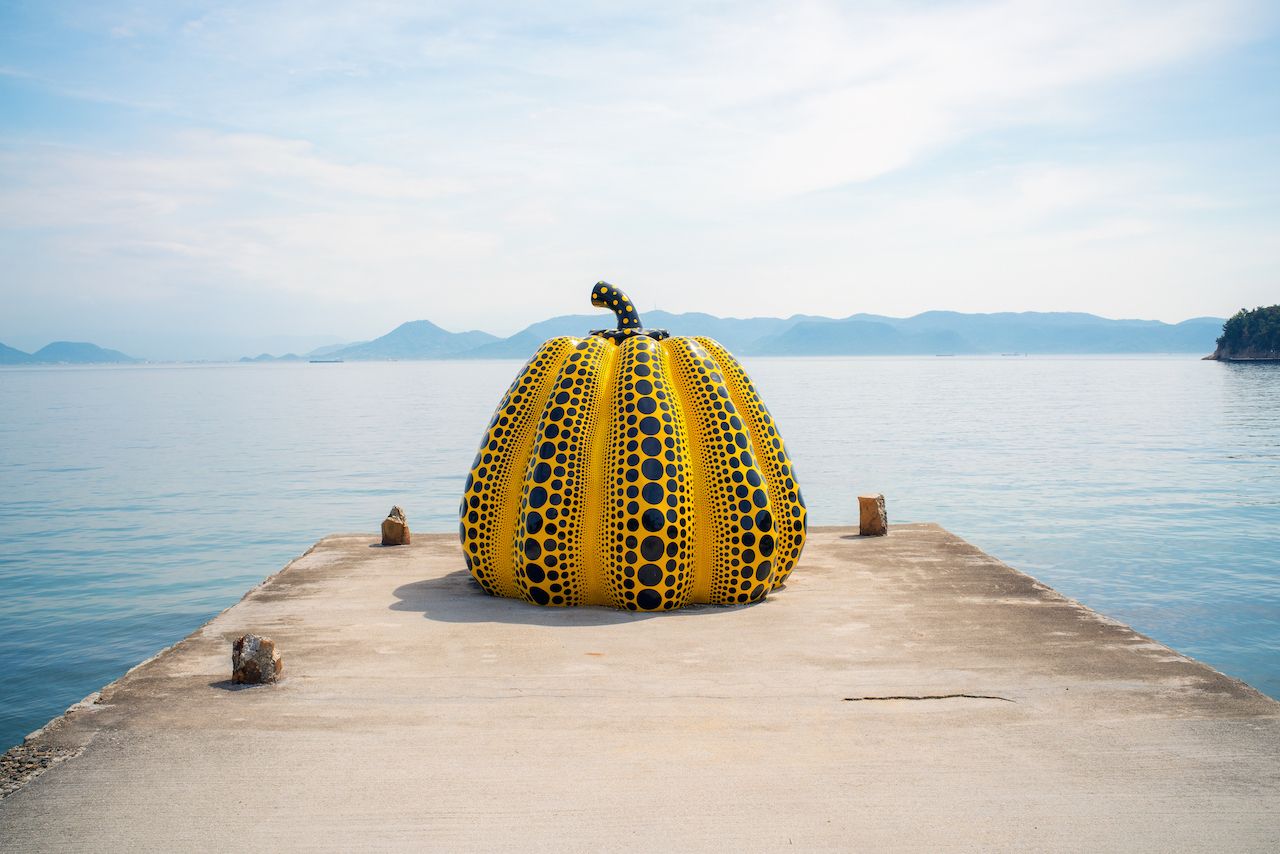 Did it seem like you knew an exorbitant number of people who went to Japan this past year? That’s because tourism has exploded there this year, and Intrepid noted a 32 percent increase in its travelers from North America to the land of the rising sun. While most people are drawn to the hyper-futuristic cities like Tokyo and Osaka, Japan has a wealth of diversity that many people don’t bother exploring.

“I was there for 10 days, and I feel like I visited three different countries,” says Jones. “And travelers never seem to visit the south islands, an area we call ‘Lost Japan.’”

Because so few people visit the southern islands, you can delve deep into Japanese culture in Naoshima without encountering a ton of other visitors. It transformed itself from a sleepy fishing village into a world-class art destination where you can bicycle from the Chichu Art Museum to the Lee Ufan Museum to the modern art at the Benesse House. Most of Naoshima’s public buildings were designed by modern architect Ishii Kazuhiro, and every three years, it’s also home to one of the largest art fairs in the world, the Setouchi Triennale art festival. Though it’s not the high-tech Blade Runner metropolis some come to Japan to see, it’s an art and culture destination you won’t find anywhere else in the world.

Instead of Borneo… go to Sumatra. 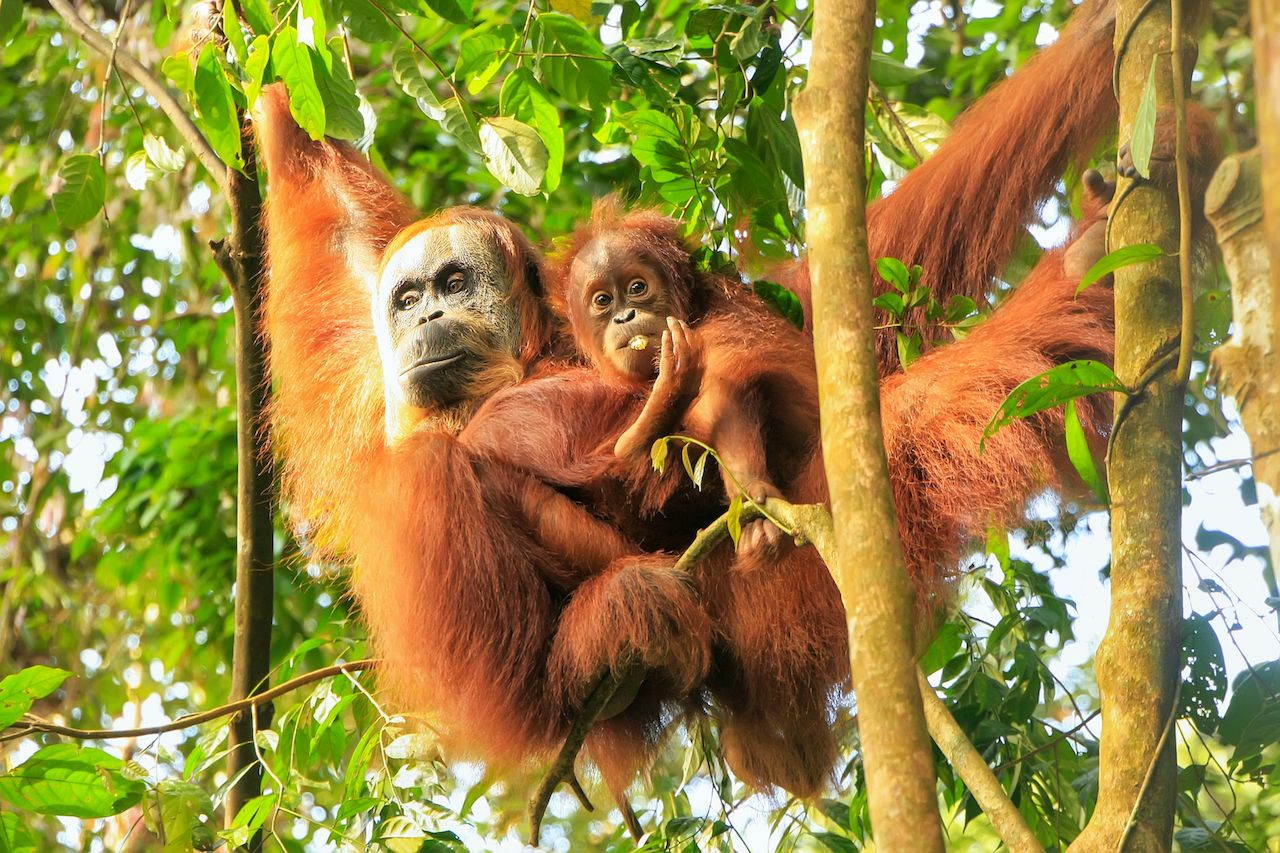 Once upon a time, the word “Borneo” was used as a stand-in for anywhere that was painfully far away. Like, “Man I had to go all the way out to the suburbs for that meeting, might as well have been Borneo.” Perhaps through that repetition, people began to head there in droves, and while you can still find some peace and isolation in the jungles of Borneo, it’s not as remote as it used to be. Wildlife along the Kinabatangan River isn’t as easy to spot as it once was with tour groups armed with binoculars scaring animals away. And treks through the rainforest in Sarawak, which don’t require permits or guides, rarely have empty trails.

If you’re hellbent on seeing orangutans in the wild, though, Sumatra in Indonesia is a far less popular alternative. Sumatra was dealt a bit of a setback this year with the eruption of Mount Sinabung, but the thermal activity has died down and left an island almost devoid of tourists. Gunung Leuser National Park boasts one of the most diverse ecosystems in the world, full of endangered species like tigers, rhinos, elephants, and, of course, orangutans. And though you might not see all of them on one trip, you also won’t see too many other people.

Instead of Agra… go to Sri Lanka. 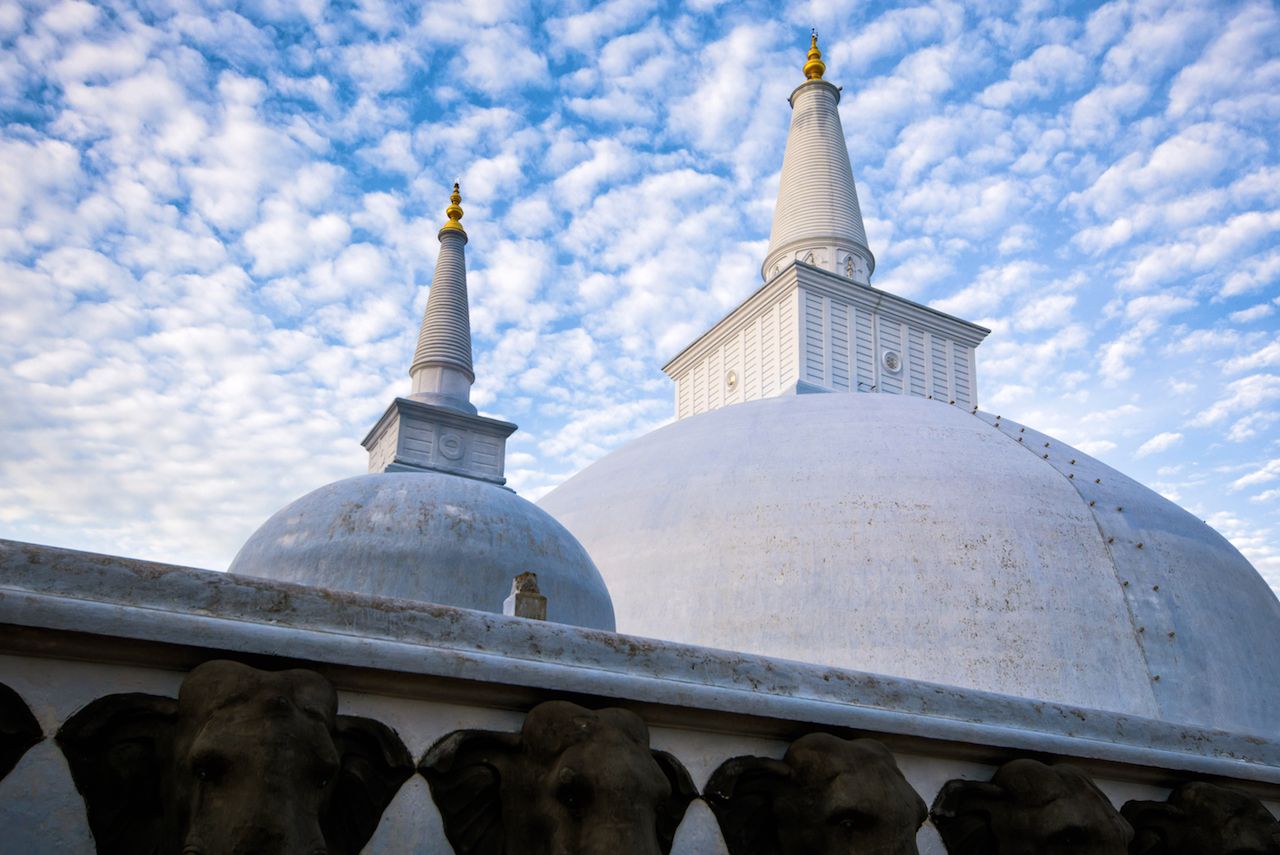 “India tends to have some crowds at the moment,” Jones says in the grandest understatement of 2018. Even without tourists, cities, beaches, trains, and temples in India are clogged with people. Going to the Taj Mahal in Agra — the number one bucket list item for most tourists going to India — will leave you craning your neck to get a selfie without 14 families and a dozen little kids photobombing you. Jones suggests heading to her native Sri Lanka instead.

“It is similar, culturally speaking, and has a lot more UNESCO World Heritage sites,” she says. “It’s a lot more off the beaten track, and if you want a more immersive experience, it’s where I’d go.”

There are dozens of architectural wonders in Sri Lanka that are just as impressive as the Taj Mahal. From the Temple of the Tooth to the Dambulla cave temple to the Ruwanwelisaya stupa — Sri Lanka does not disappoint visually, and there will be few crowds sharing these spiritual places with you. Furthermore, Sri Lanka is home to some of the most beautiful beaches in the world, like Trincomalee and Batticaloa. The Tamil cuisine is similar to South Indian, so you’ll be getting all the colorful, fragrant meals you would crave in India. With newfound political stability, the country’s northern region with its stunning architecture and marvelous coastline is now open for business.

Insider GuidesThe 7 Most Overlooked Destinations in Southeast Asia You Need To Visit
Tagged
Insider Guides
What did you think of this story?
Meh
Good
Awesome