It’s hard to say what’s played a bigger role in the expansion of ultra-long-haul flights the past couple of decades: Engineering advances that allow for greater fuel economy, and thus longer ranges, or on-demand movies at your seat. Sure, running 16-hour trips from the West Coast to the Middle East might be physically possible, but without an easy way to watch Paddington 2, Bad Moms, and an entire season of Big Bang Theory, would anyone really want to take those flights? Probably not.

So thank goodness for that societal advancement because it allows for things like this month’s initiation of the longest flight in the world, an 18-hour, 40-minute odyssey from Newark, New Jersey, to Singapore. Though that flight tops the list by more than 800 miles, we wanted to find out how far you could get from the US without stopping, beyond that record-setting itinerary. So we dug through the data and found the 14 longest nonstop flights from the United States. 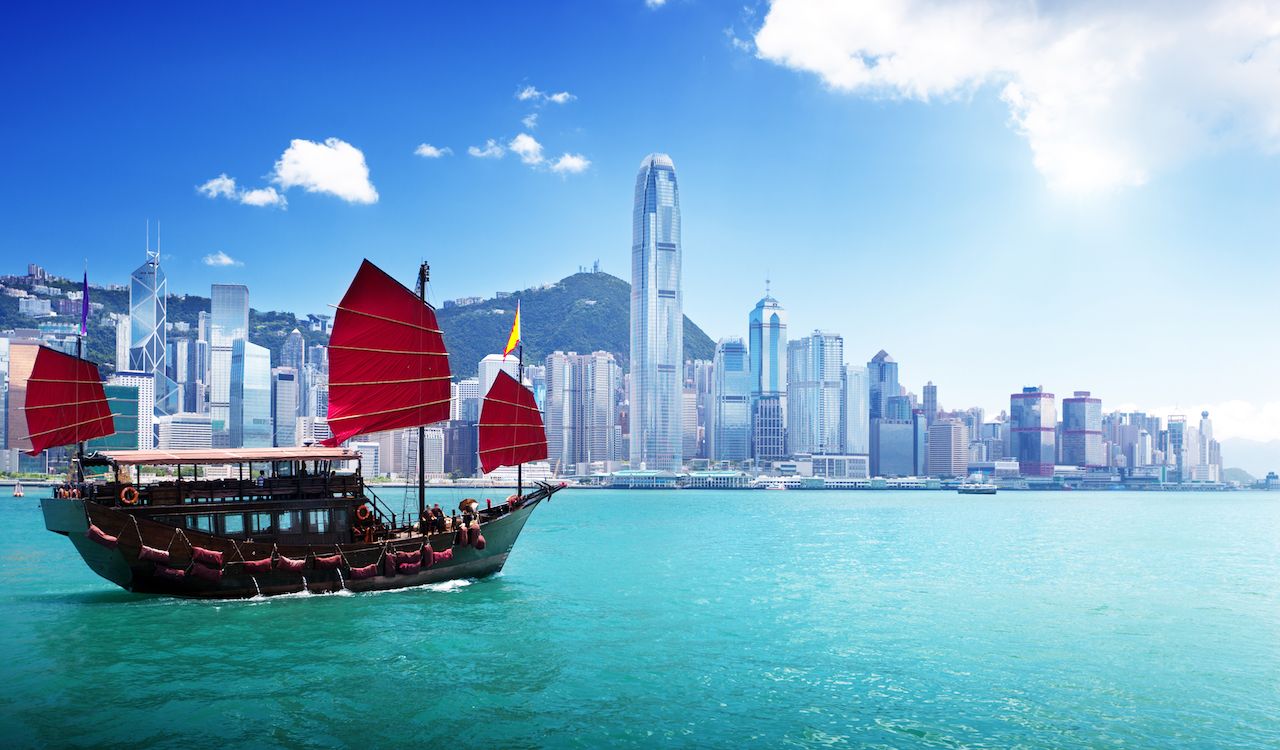 Though this flight out of JFK barely makes the list at a smidge over 8,000 miles, it is the most frequent ultra-long-haul flight in the world with over 20 nonstops a week. Meaning when a New Yorker tells you his city has the best Chinese food in the world, you’re never more than a day away from boarding the plane and proving him wrong.

Though the culture of Dubai might not be quite the same as San Francisco, one thing we can all agree on is the joy of no stopovers going from the West Coast to the Middle East. This nearly 16-hour flight is actually fewer miles than flying from Houston but takes more time.

The demand for Metroplexers trying to get to China’s foremost special economic district isn’t exactly astronomical, but this flight makes Hong Kong accessible to nearly all Americans with just one connection. Granted, it’s a DFW connection, which means you may spend more time in the terminal than you do on your way across the Pacific. But you take the bad with the good. 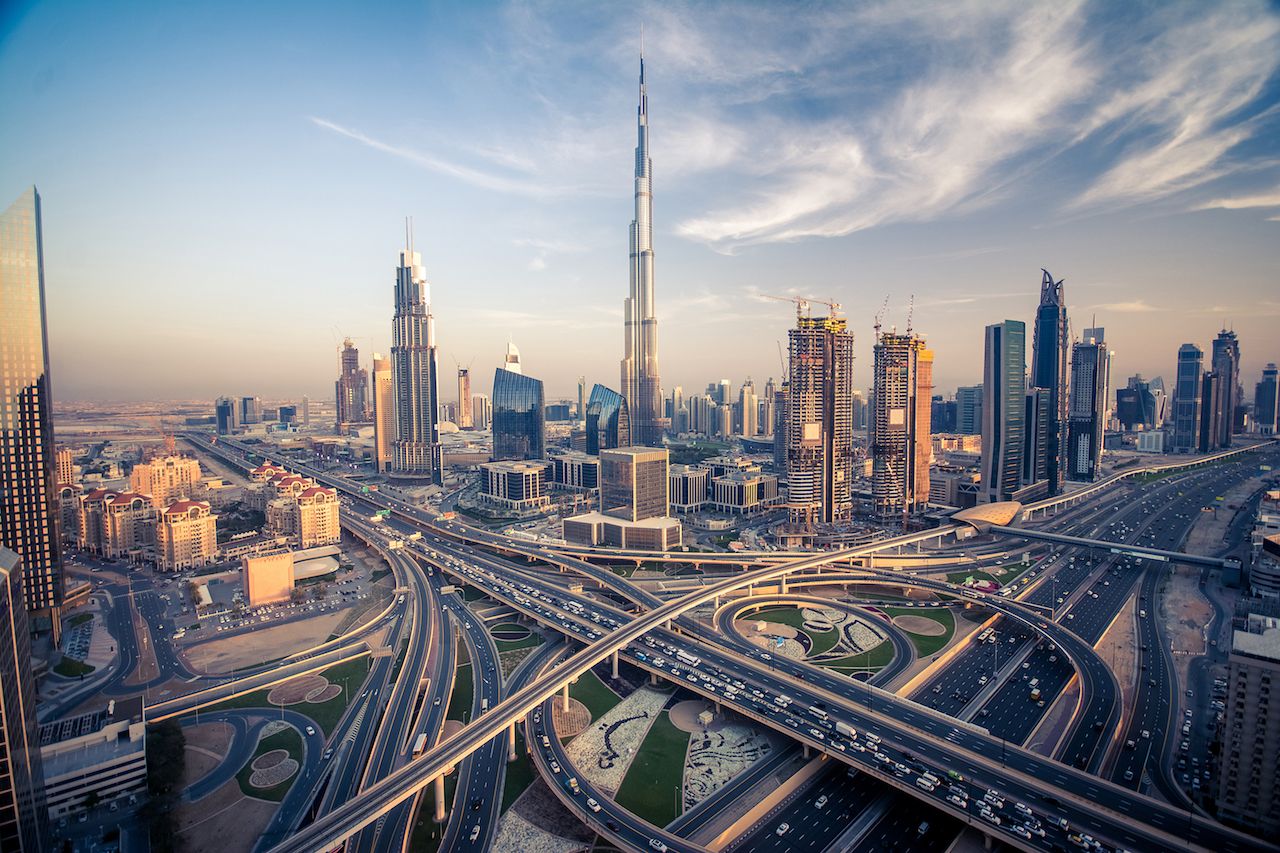 Interestingly, this is the third-longest Emirates flight from Dubai to the US in terms of flight time. We won’t pretend to understand the physics of airspace and flights over the poles, and just assume this flight is full of a lot of people talking about oil.

LAX dominates the list of longest US flights with four of the 10 longest originating in Southern California. This one takes you to the capital city of Qatar, a country the size of Connecticut that through absolutely no bribery or corruption somehow landed the World Cup in 2022. The world loves an underdog story, right? 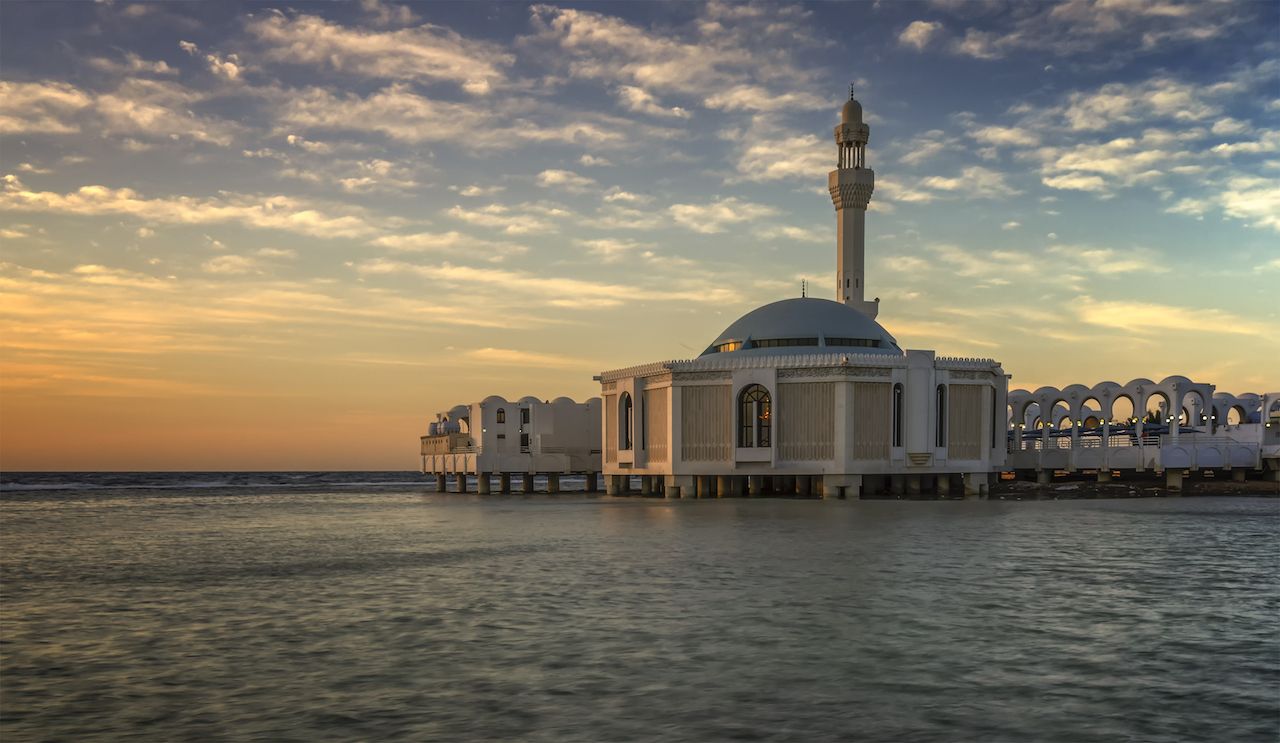 On the off chance you ever need to do anything at a Saudi consulate, we’ll just say this 16-hour flight is the best way to get straight to the country with comfortable average temperatures of 100 degrees and a just and benevolent monarch who we should all look to for inspiration. Enjoy!

When you’re in an airplane, five miles go by a little faster than when you’re running, which is why this flight has pretty much the same flight time as a flight to Jeddah. It’s also the longest Emirates flight to the United States and the odd route that has two Xs in its airport code: LAX-DBX. Ya know, in case you’re ever playing airport code Scrabble.

If Garfield the cat was still trying to mail infuriatingly adorable Nermal somewhere far, far away, Etihad Airlines really messed up his game. With a scant 16-hour nonstop to LA, Nermal could easily land in the UAE, pass himself off as someone’s emotional support kitten, and be back in time to interrupt Garfield’s lasagna dinner the next day. 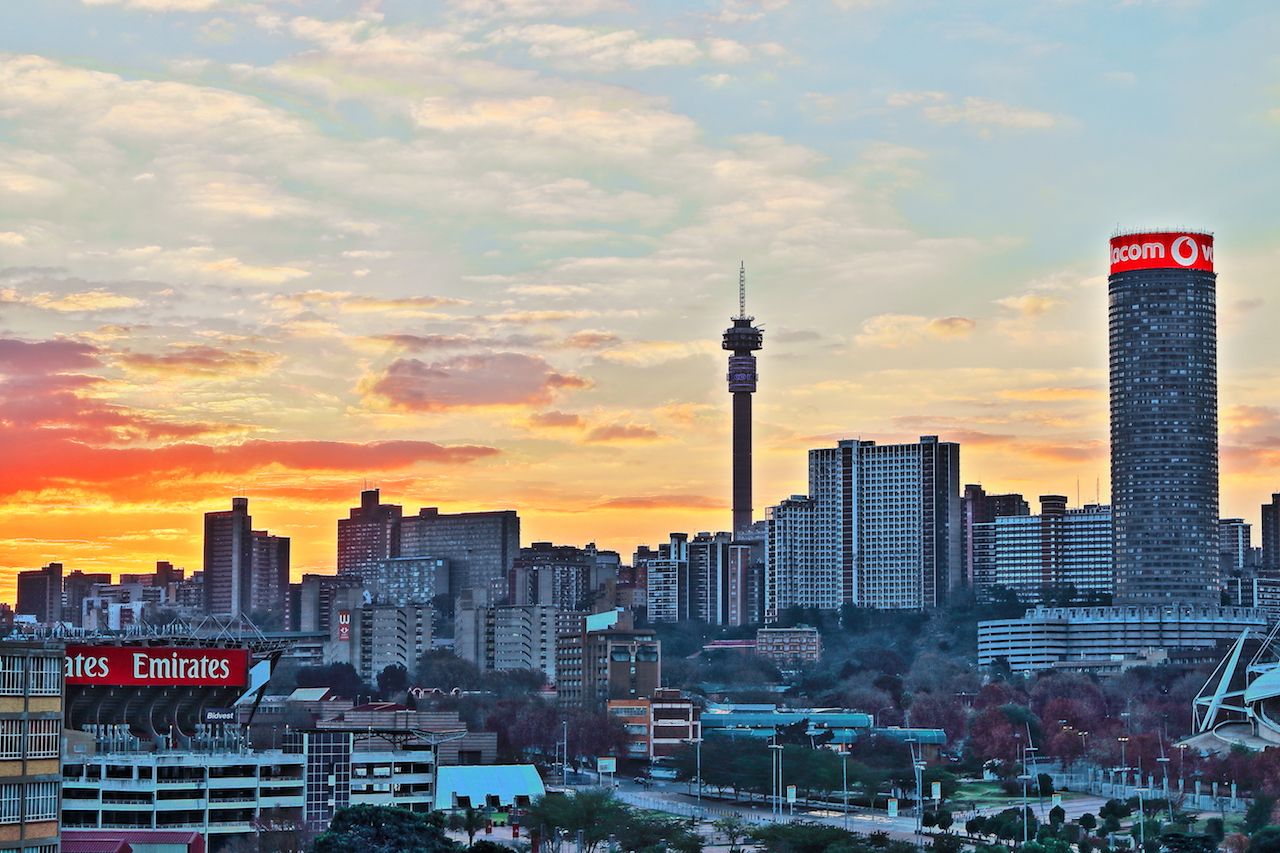 The golden hills and mighty animals of South Africa aren’t exactly convenient to visit. Getting to the southernmost part of Africa is often a two-day trip with lengthy stopovers in Europe or Dubai. Unless you can manage to snag this nonstop from Atlanta, one of the few nonstop flights from the US to the entire continent. And easily the longest nonstop flight from ATL.

Using sophomore year economics, we can deduce that SFO-SIN is the most in-demand ultra-long-haul flight on the West Coast as it’s the only one currently serviced by two separate airlines. Whether you opt for the friendly skies or Singapore’s national airline, choose wisely: You’re about to spend a day of your life on one of their planes, so you’d better be able to get along. 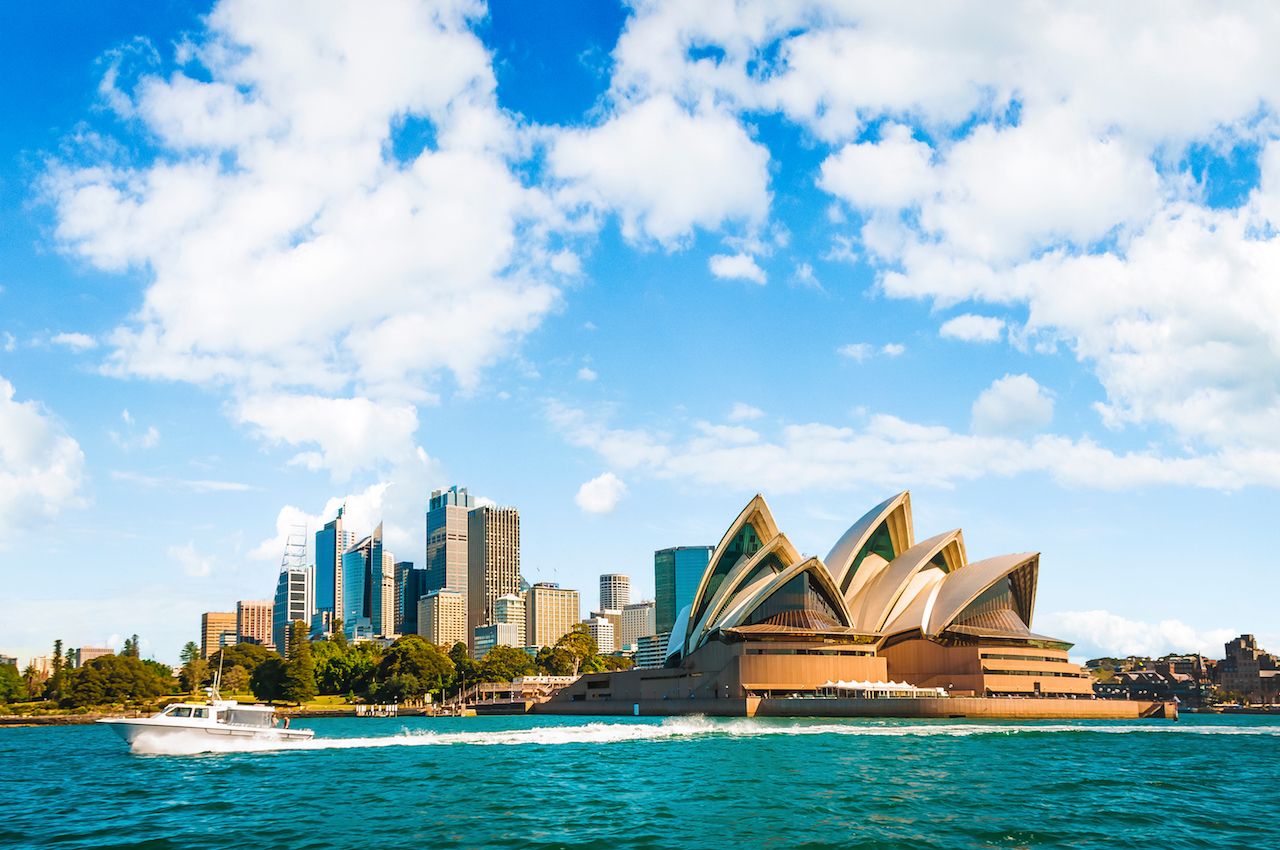 Oh how the mighty have fallen. Not two years ago this was the longstanding longest flight in the world, the only nonstop from anywhere other than the West Coast to Australia. The flight made a single-connection trip possible for anyone who wasn’t afraid of deep vein thrombosis and an American Airlines codeshare. But new planes and fuel efficiency have pushed the former king of long hauls down to #4 — though it’s still the best option for most people east of Texas to get down under.

If there’s one thing Texans love, it’s having something bigger than their neighbor. Which is why when Quantas had the longest flight in the world, the folks at IAH said, “Hold on a second,” and created a flight 18 miles longer, the longest flight by duration on any US airline. By 2022, we fully expect Jerry Jones to build an entire airport in Texarkana just so he can run one longer. 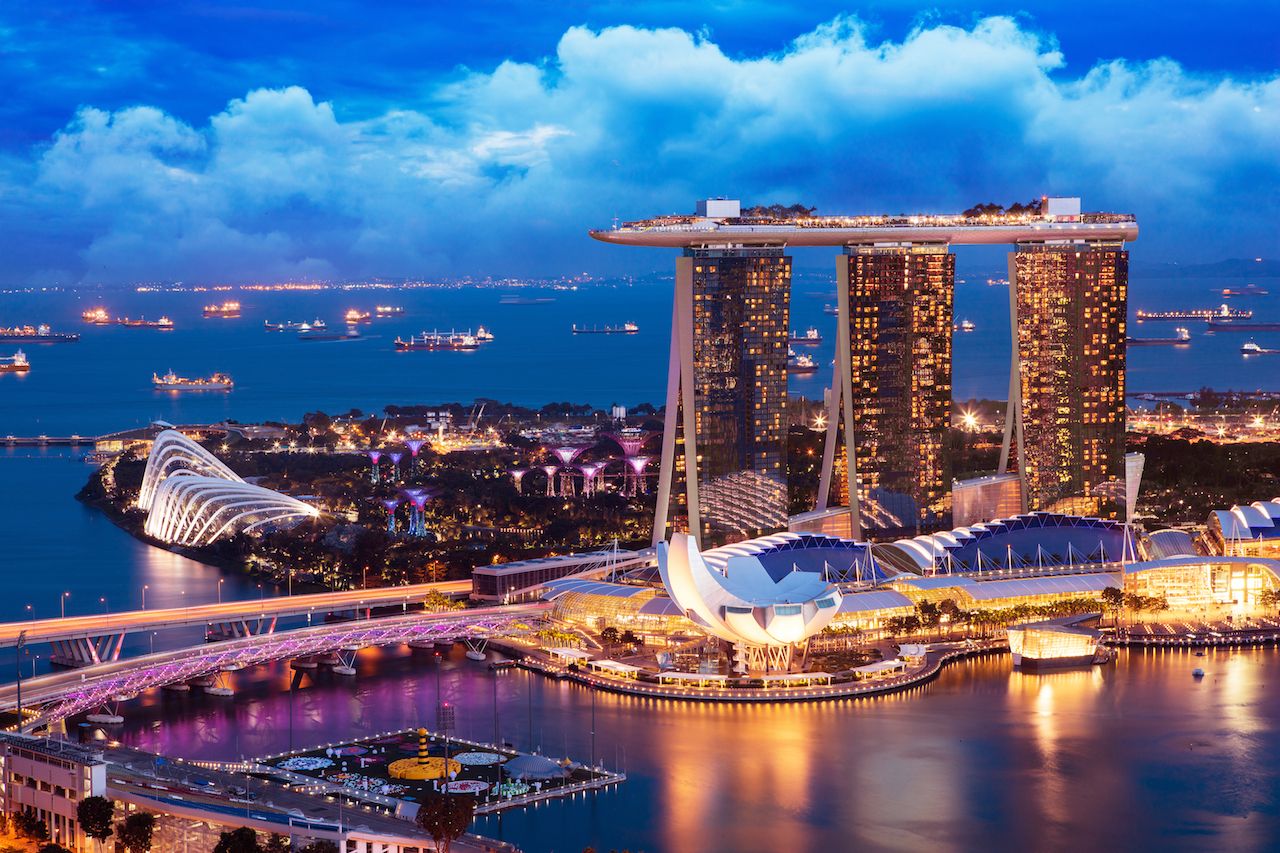 This is the longest flight on a US airline by distance, spanning the Pacific Ocean and then some from Los Angeles to the bustling city-state of Singapore. Thanks to prevailing winds and other weather phenomena, only pilots can explain how this flight is still 15 minutes shorter than flying from Houston to Sydney. Or maybe it’s just United’s way of making sure Texas still has the longest flight in some capacity.

As of this month, Singapore Airlines blew every other US nonstop out of the water with a flight nearly 800 miles and 75 minutes longer than the next longest flights. Which sounds long, until you consider that making this trip used to involve a five-hour flight to LA or San Francisco followed by a 17-hour flight across the Pacific, not including layovers. By adding an hour and a half to your flight time, you cut anywhere from five to eight hours off your total trip. So if you’re good about getting up and stretching and drinking plenty of water, this might be the most welcomed new business flight in the world.

7 new nonstop flights you should know about
Tagged
Airports + Flying Travel Trip Planning
What did you think of this story?
Meh
Good
Awesome