Finally, I went fly fishing for the first time.

I’d never caught a fish before, despite having fished on multiple occasions, and had become convinced that fishing was simply a huge hoax. No one actually caught anything, I figured — they just pre-hooked a fish to their line, pretended to struggle, and drew it from the water with convincing gusto. However, my Utah guide assured me I was wrong. “Everyone catches something,” he said. “Don’t worry.”

I doubted it. Why should fly fishing be any different for me than deep sea fishing, surf casting, and ice fishing?

And my endeavor started on a rough note, starting with a few hours of coming up so empty-handed that my guide has started to worry. But, finally, I hooked a rainbow trout, battling it up and down the river for what felt like an hour. At last, I reeled it in, dropped it in my net, and posed for the obligatory fish photo that definitely didn’t end up on my Tinder.

For me, fly fishing is special. Not only was it the first time I ever caught a fish, it was the first time fishing was actually fun. Wading into the water, following the fish downstream, readying the net — it felt like a proper struggle between two opponents, like stepping into an octagon. I haven’t returned to Utah, but am lucky to live just an hour from Vermont, and Vermont fly fishing is some of the best in the country. It’s home to several rivers teeming with pike, bass, trout, and other fish just waiting to enter the octagon with you.

These are the best rivers for Vermont fly fishing around the state. 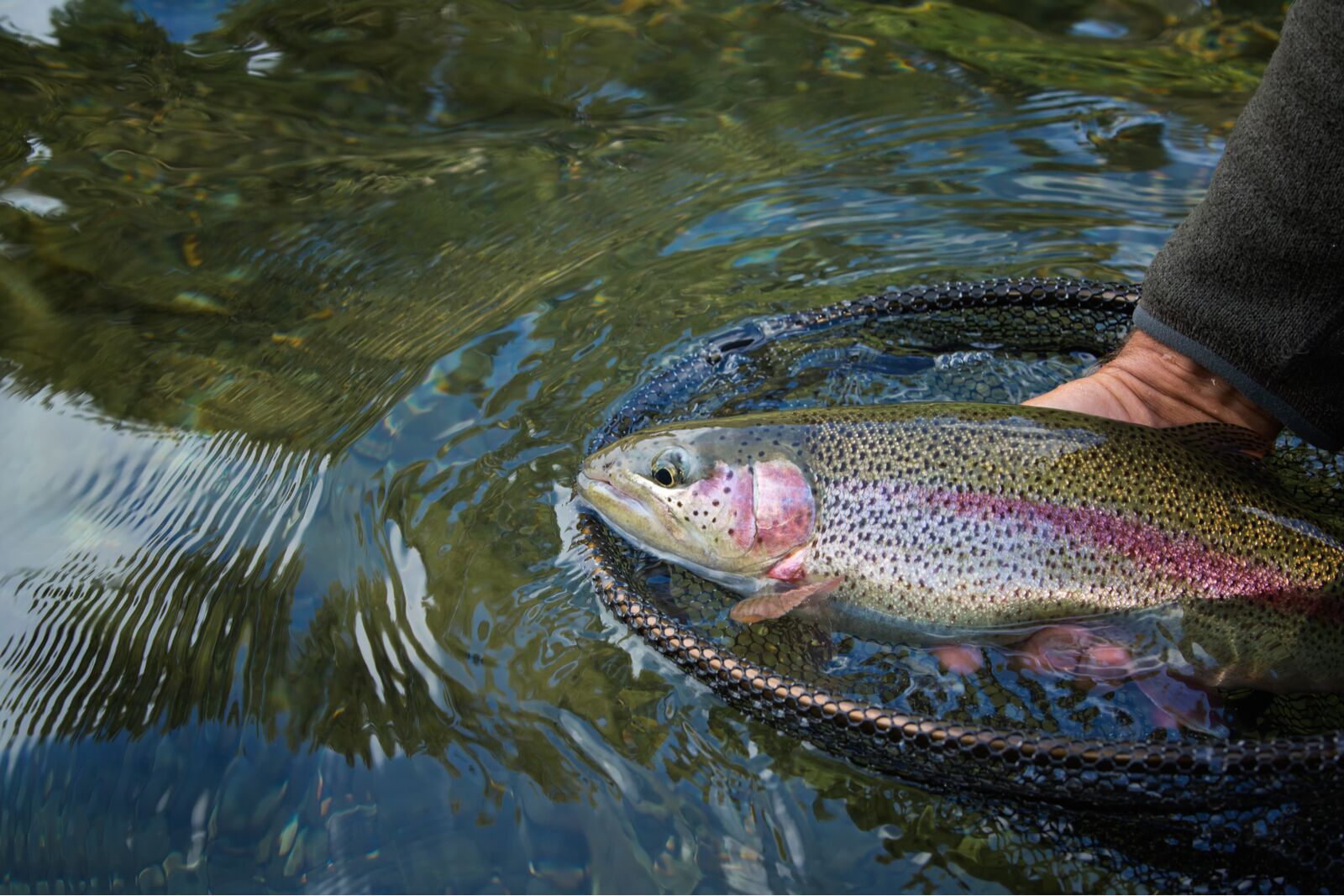 One of the longest rivers in Vermont at 60 miles, the White River is full of wild populations of brook, brown, and rainbow trout, as well as Atlantic salmon during spawning season. There are three sections: two sections intersecting in the town of Royalton, and the third in the town of Bethel. Rainbow and brown trout are abundant in the first and second sections, while the third mostly has rainbow trout. The river is ideal for beginners, with the best fly fishing between Cleveland Brook in Bethel and Lineville Brook. 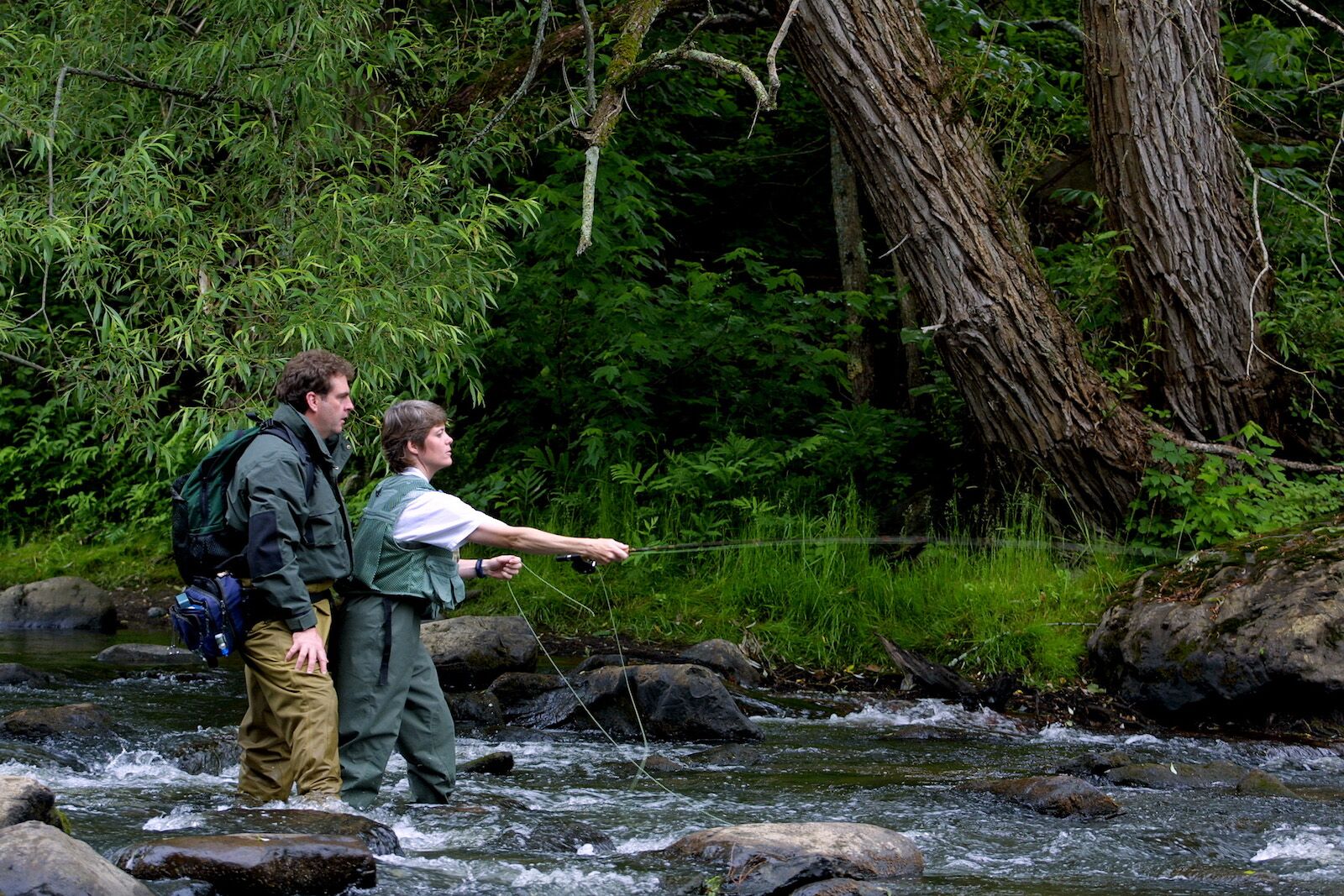 The Green Mountains’ Mettawee River flows mostly through farmland, with limited pocket water. It’s mostly composed of riffles that lead to pools. Only 16 miles of the Mettawee are actually  in Vermont, with the rest in New York. The main stretch of the river accessible via bridges along Highway 30. The best places to catch the Mettawee’s wild brown, native brook, and wild rainbow trout are where the river branches off into smaller tributaries, forming pools where the trout go to cool off. 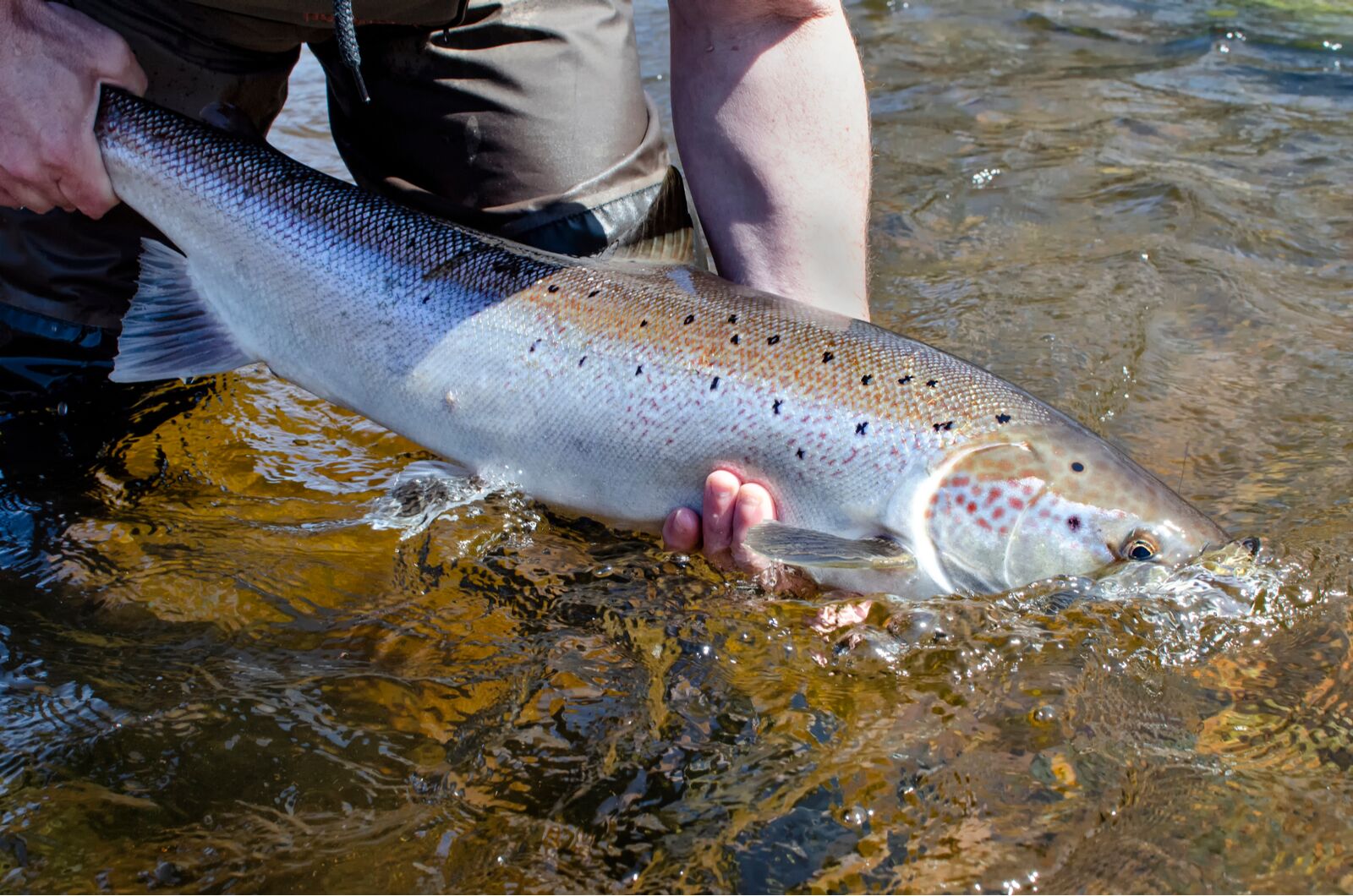 The Clyde River is known for its variety of fishing opportunities, making it a great place for trying out new techniques. The upper section of the river is home to brown and brook trout, while the middle and lower sections are full of rainbow trout and salmon. With tributaries, ponds, and dams, the geography of the Clyde is quite diverse, meaning you can test out a range of different gear for different fish and different parts of the river. The best section for both salmon and rainbow trout is probably the section between Lake Memphremagog and Clyde Pond, but the whole area is popular for Vermont fly fishing. 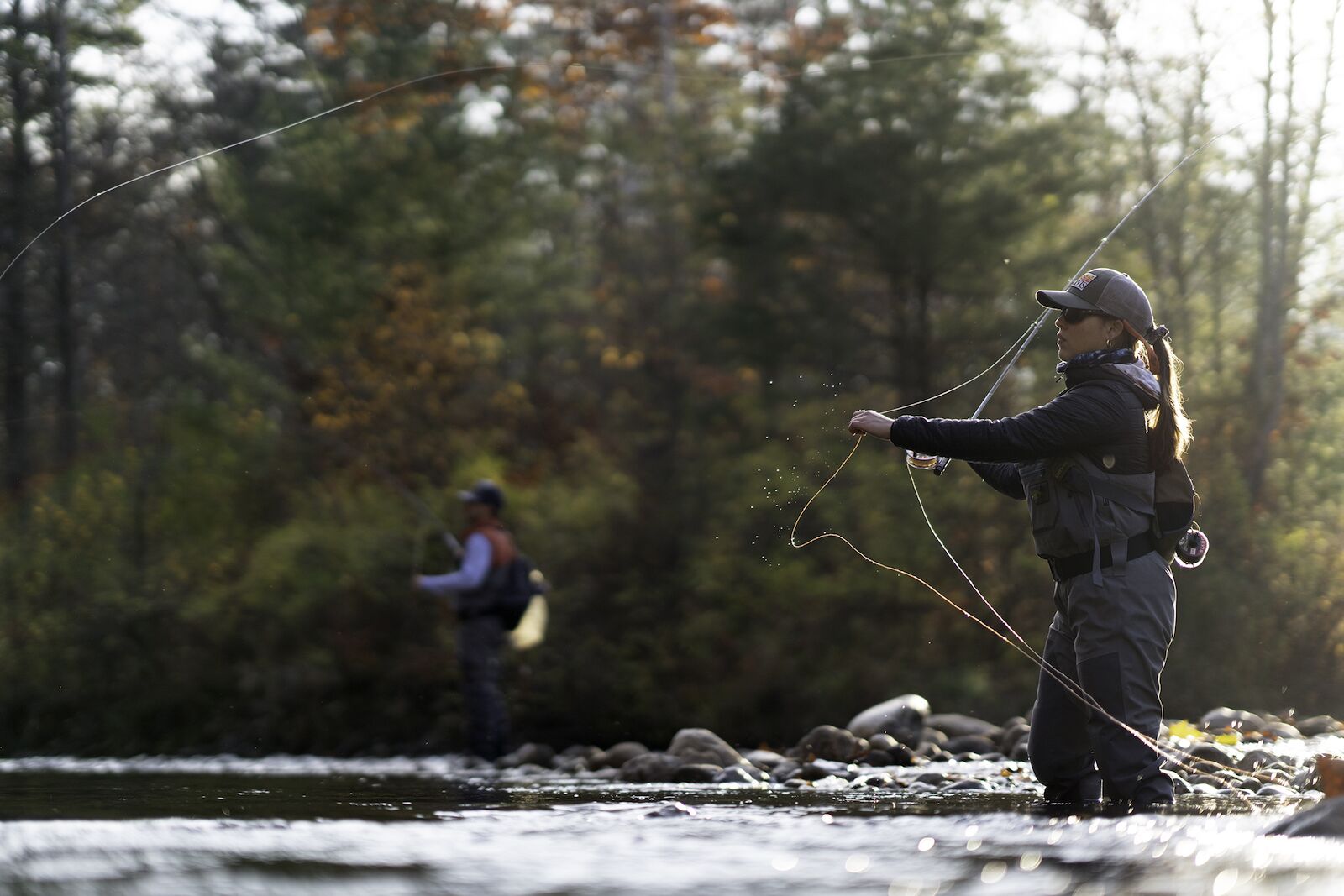 Ask any Vermont fisherman, and they’ll probably tell you the Battenkill River is the best river in the state for fly fishing. Starting in the Green Mountain National Forest area and stretching 59 miles through Central Vermont and into New York, the Battenkill is built for fly fishing, with small pools and eddies perfect for nabbing your fish of choice. The best places to fish along the river are along the banks and in the pools, especially in the upper river near Manchester as trout rarely swim in the faster-moving water. Wild native brook and brown trout are the main fish you’ll find here. If you can only spend one day Vermont fly fishing, head to the Battenkill. 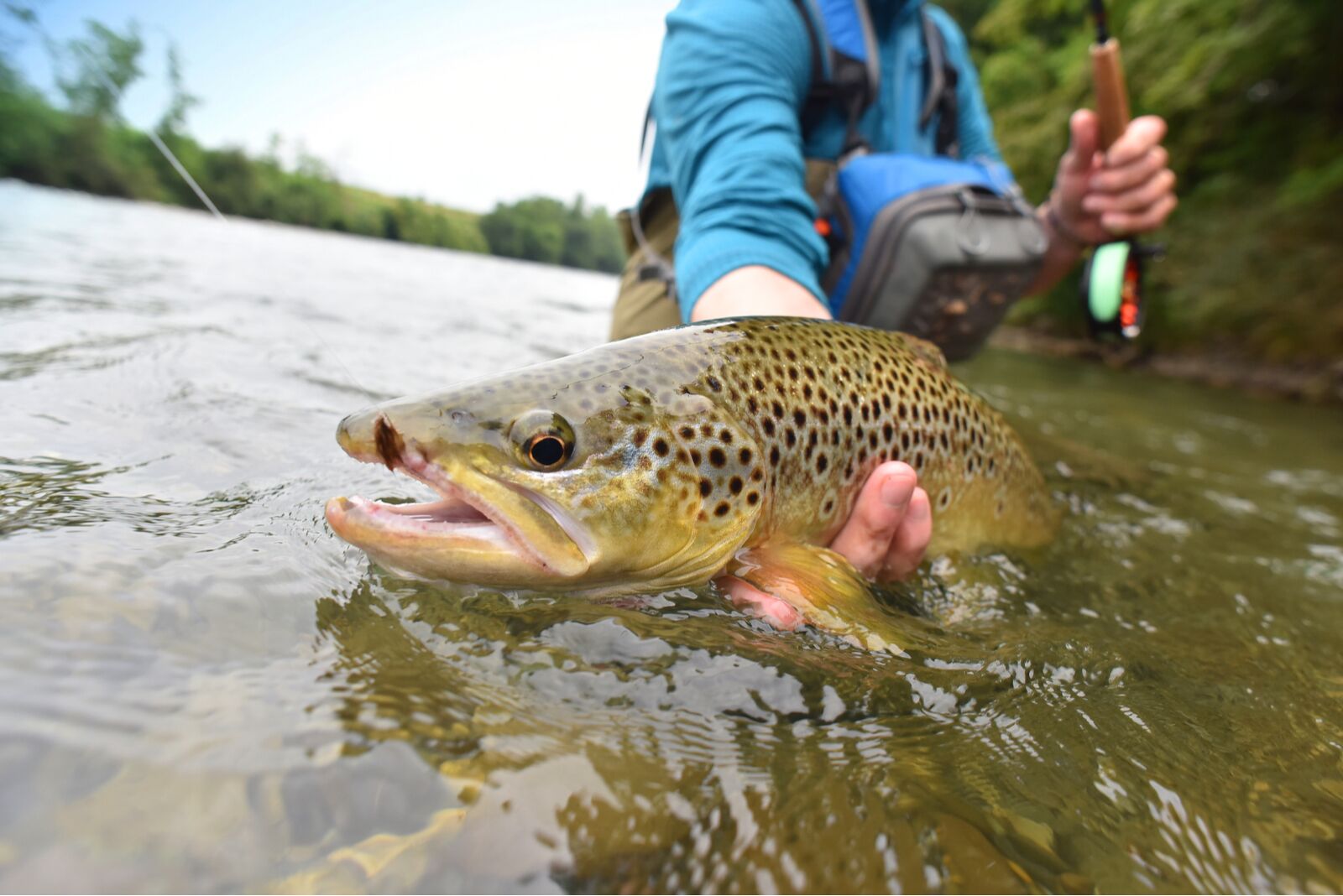 This 85-mile long river starts in Greensboro and continues toward Lake Champlain. The river is a small, freestone stream along highway 16, then widens out below East Hardwick. In the summer you’ll want to stick to the tributaries due to warmer temperatures, and in cooler temperatures, fish the tailwater near the dam in Morrisville where larger fish like to hang out. In addition to brown, brook, and rainbow trout, you’ll also find landlocked salmon.

TravelVermont’s Northeast Kingdom Is Its Own Universe, Hidden Deep in Nature
Tagged
Outdoor Vermont, United States
What did you think of this story?
Meh
Good
Awesome