Heading to the land down under should be an indelible time — after all, it’s not a quick jaunt to get down there. While most travelers choose to base their trip out Sydney, leaving the Emerald City behind and packing your bags for Victoria further south offers a versatile and unforgettable experience, no matter what type of traveler you are. Land-wise, Victoria is the smallest state on the Australian mainland. But its coastline is famous the world over for the 12 Apostles rock formation and world-class surfing. The state has more wine producers than anywhere else in the country. And there’s the capital city, Melbourne, a city as rich in street art as it is cafe culture. Here are five reasons why Victoria should be your next Southern Hemisphere getaway.

Melbourne — not Sydney — is the country’s food and coffee capital. 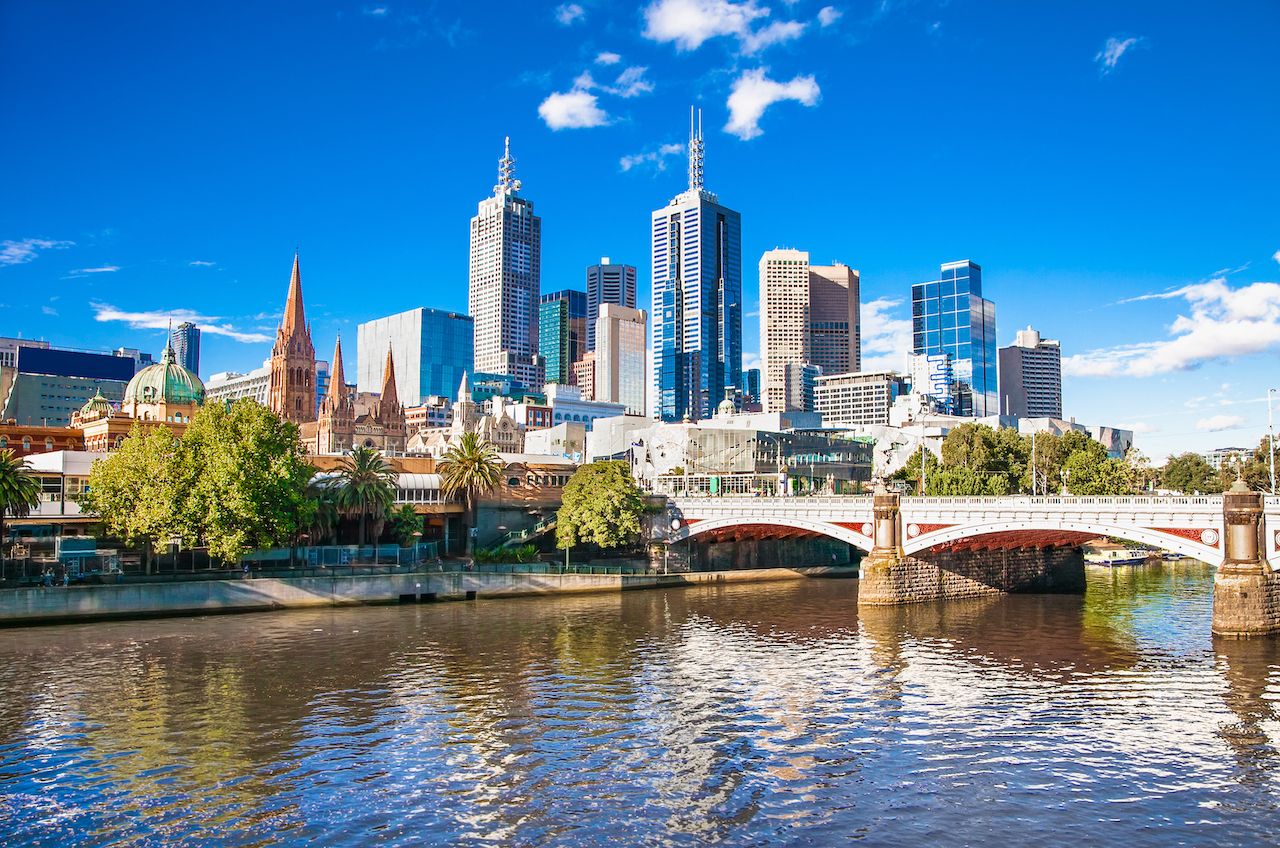 Sydney is great for your first touchdown in Australia. It’s easy, it’s where most international flights come, and you can’t really say you’ve been down under without a photo of the Opera House. If Guy Fieri were to open a restaurant in Australia, this is probably where he’d do it. But that’s what makes Melbourne, the country’s second biggest city, the best option for travelers who want to dive deeper. The first thing to do here is wander the city’s “laneways” and discover a slew of hidden coffee roasteries and boutique cafes. This city does cafes like nowhere else in Australia, and you could easily pass the day wandering through downtown from cafe to cafe and having brunch twice instead of lunch and dinner.

When it does come to having a meal outside of a coffee shop, you’ll have an almost overwhelming amount of options. For starters, Cumulus makes the charcuterie board look cooler than it ever has outside of a winery tasting room. For a splurge, head to Attica, which focuses on Australian ingredients that actually stretch back further than the country itself. It’s expensive — over $200 per person — but unless you’ve been somewhere else where a Black Ant Lamington has you drooling over the keypad, it’s an expense well justified if you fancy yourself a foodie. The only reason the place doesn’t have a Michelin star is that the Michelin system doesn’t exist in Australia.

Australia is known to be a beer-lovers country, but in Melbourne, there are plenty of exciting cocktail bars worth passing on a pint for. At Lily Blacks, just off the Parliament House in the heart of the city, order a Simian Sling, an original take on the iconic Singapore Sling saving you the need to chase down a Raffles hotel. The Everleigh and Beneath Driver Lane are other centrally located cocktail hubs Melbourners hit on the regular. 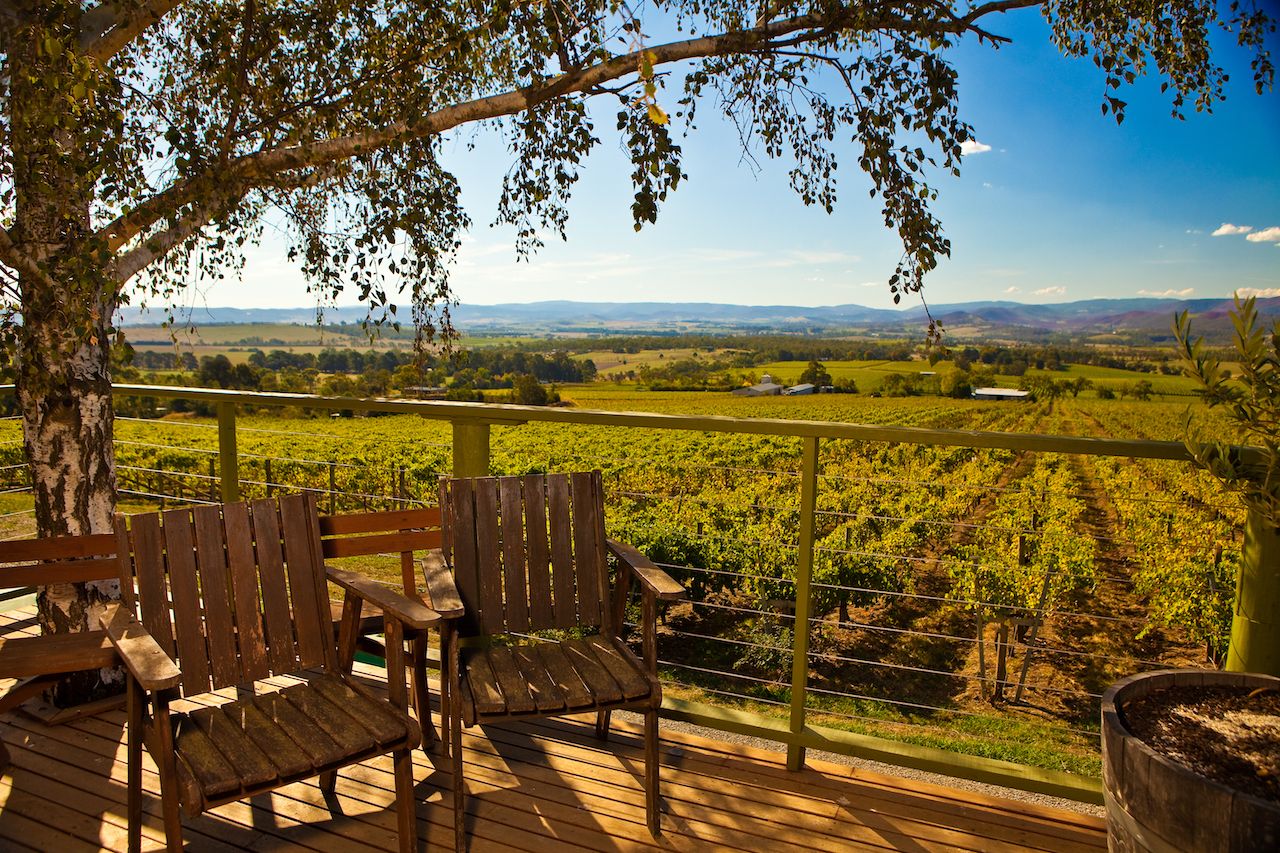 Victoria will make you forget the stereotypes you’ve heard about Aussie wine. Situated far away from the mass-produced swill — think animal-clad labels and single-digit shelf prices — many wines coming out of Victoria hail from smaller, family-owned estates and are produced with an emphasis on sustainability and elegance. The Port Phillip zone encompasses five viticultural regions centered around Melbourne, making day trips from the city insanely easy to plan.

To taste small-batch wines produced here in the Yarra Valley, head to Mac Forbes, Payten & Jones, and Denton Wines. For elegant pinot noir, visit the Macedon Ranges and drop in at Bindi Wines. Just to the south of the Mornington Peninsula, which most notably produces both chardonnay and pinot. Moorooduc Estate, Polperro Wines, and Ocean Eight Winery offer tasting experiences on the peninsula. What’s cool about all of these wineries is that they’re all super close to the city. Mornington Peninsula is the furthest region, and it’s slightly over an hour from the city. Tour operators such as Amazing Yarra Valley will even handle the driving for you.

The clothes you packed are going to be fine. 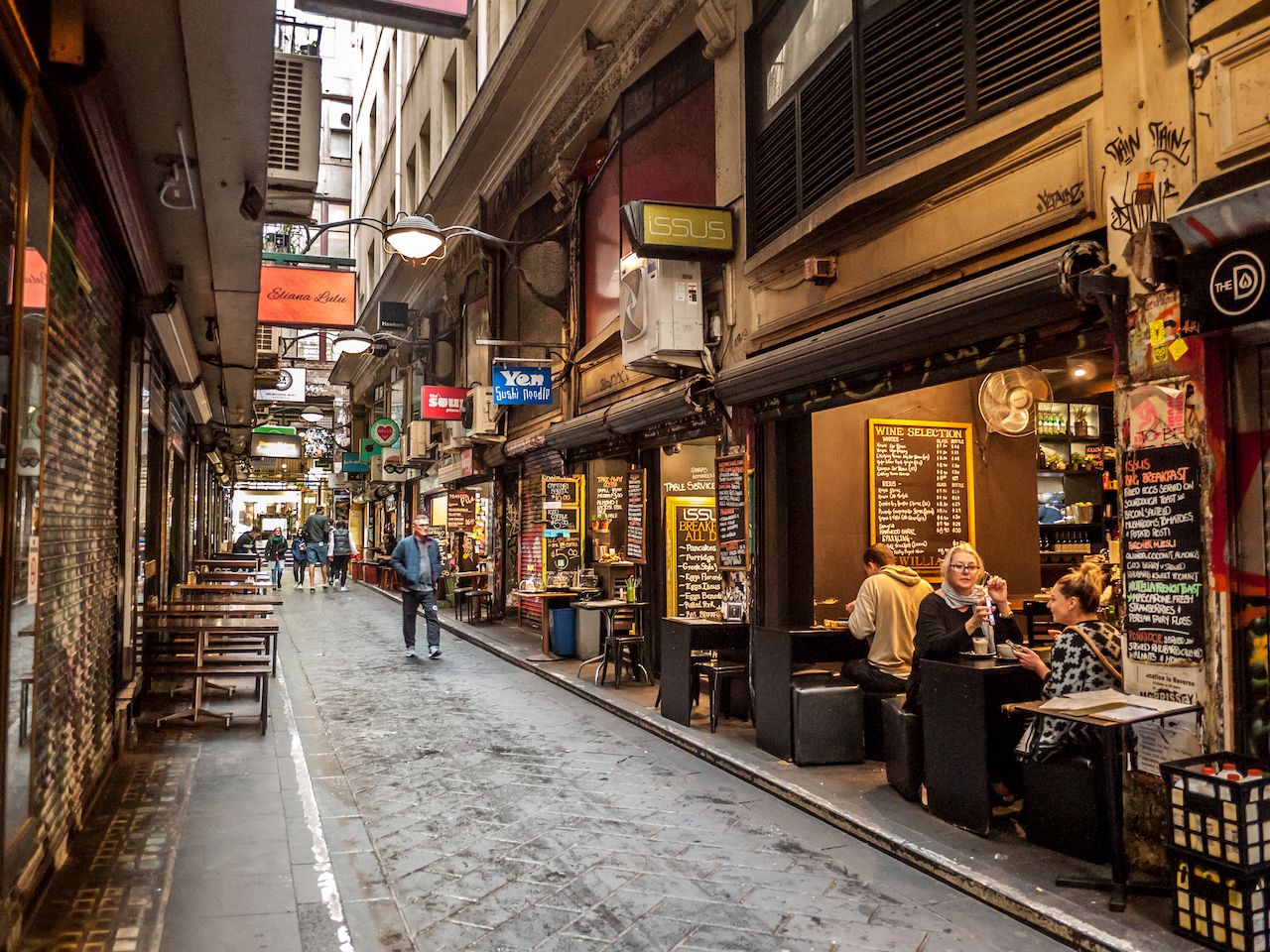 Melbourne is the type of place where quirky is celebrated, to an extent at least, and there’s certainly no need for a tie when heading to happy hour. Dress smart casual for dinner and nights out and casual for daytime excursions. Average daily highs during the summer months (December-February) hover around 75-79 degrees, with nighttime lows falling to the mid-50s. The winter months (June-August) are mild, with highs averaging 58 degrees and lows clocking in around 44. Pack a sweater or two and you’re set for outdoor explorations even in the evening. If for whatever reason you do feel the need to get new clothes, you can get your shopping fix over on Gertrude Street in Melbourne, where there’s no shortage of quaint clothing boutiques.

You can spend time at the beach, too. 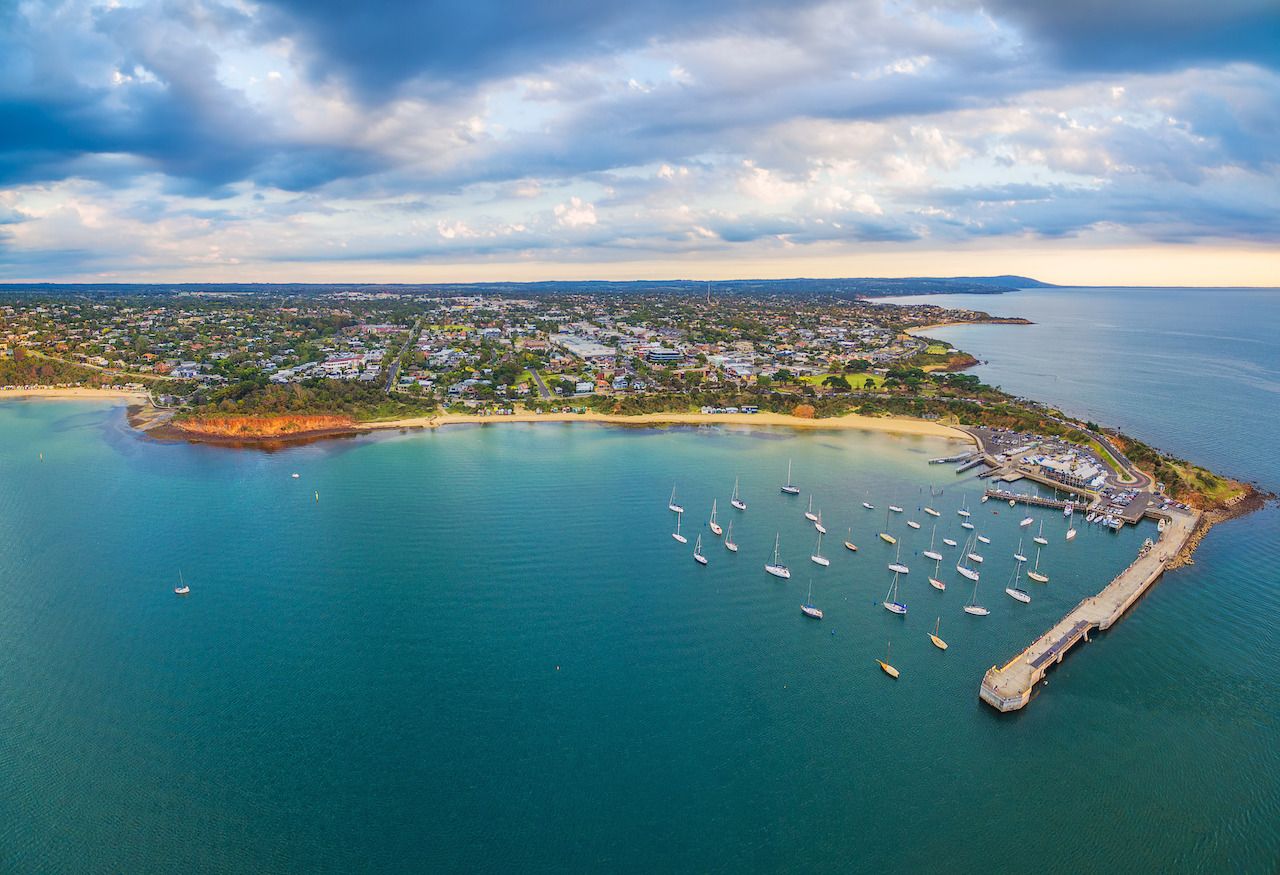 The Mornington Peninsula is to Melbourne what the Hamptons is to New York. Luxurious accommodations, swimsuit-clad sunbathers, and sandy beaches as far as the eye can see. Heading to the coast takes just one hour from Melbourne, and both locals and visitors tend to take advantage of this proximity. A day trip saves you the cost of checking into those luxury accommodations. For surfers, the best place to visit is Point Leo or Gunnamatta Beach. For beach jaunts filled with other outdoor activities, Port Phillip Bay is the easiest access to snorkeling and diving, and maybe a bit of yachting if that’s a verb you like to throw around proactively. For simple sunbathing and low-key swimming, head to South Beach, Rosebud, or Tideways Beach.

Penguin watching is a thing here. 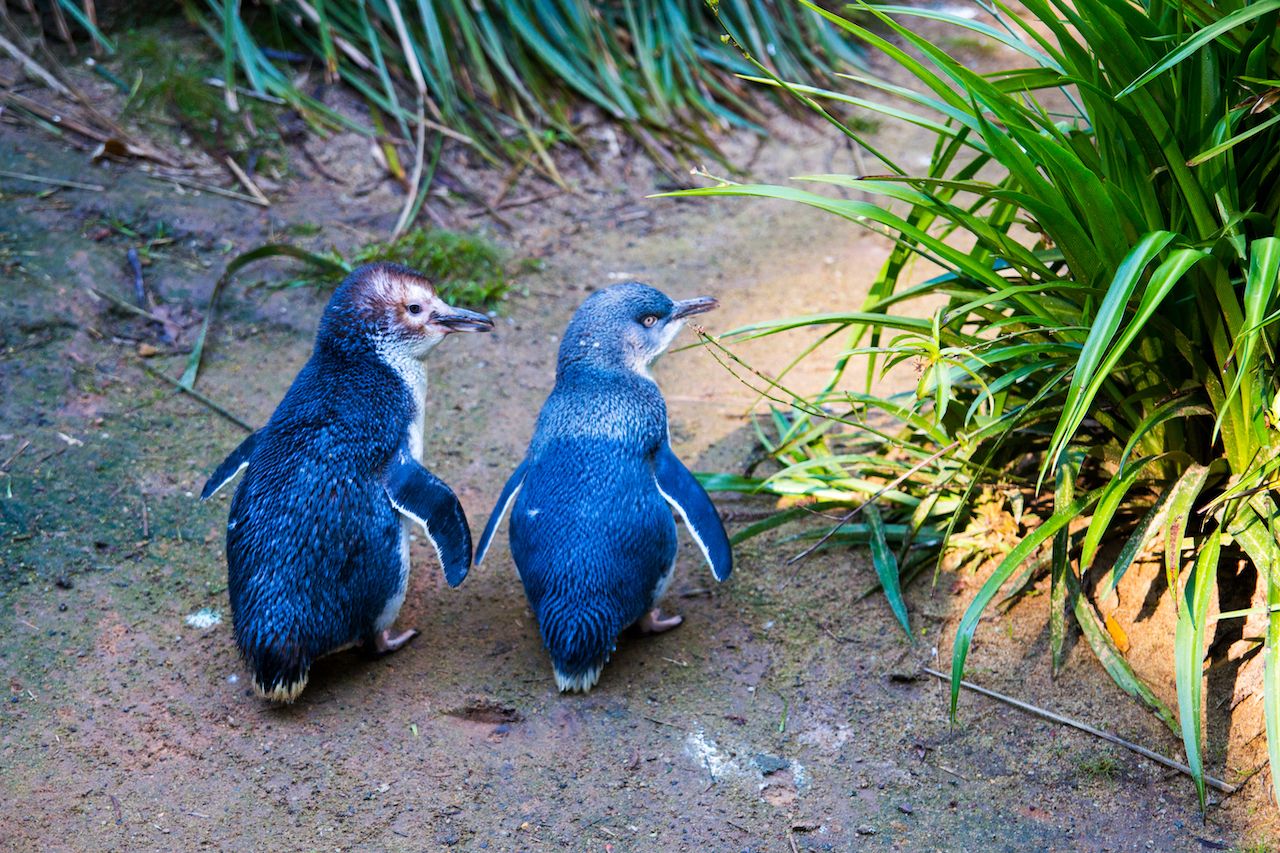 Heading to Phillip Island from Melbourne only takes about 90 minutes — you can actually drive onto the island via a short bridge — and is the closest you can get to Antarctic penguin watching short of visiting the Weddell Sea. The island’s first known Penguin Parade first began in the 1920s and, unsurprisingly, has become one of Australia’s biggest tourist attractions. Penguins arrive nightly around sunset and waddle across the island’s sandy beaches to take refuge for the night in their homes amongst the dunes. The main viewing area at Summerland Beach offers an elevated and panoramic view of the parade, and the views beyond the sand are equally impressive.

HikingYou Need To Hike in Tasmania, the Least Visited Place in Australia
Tagged
Travel Insider Guides Australia
What did you think of this story?
Meh
Good
Awesome