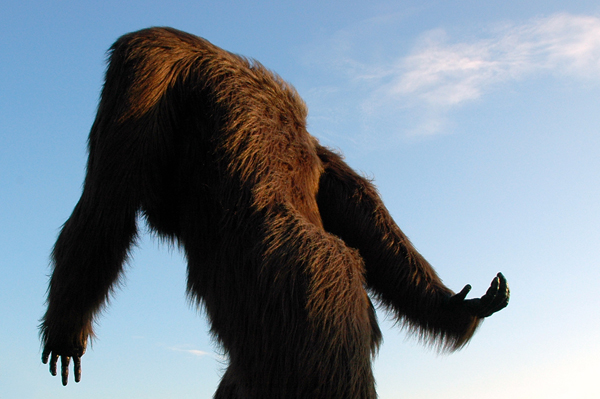 Looking to catch a glimpse of an elusive creature before it slips away into the forgotten realm of dragons, unicorns, and the Easter Bunny? Here are seven places to take your fanciest surveillance gear.

As the story goes, the Jersey Devil was born in the rugged New Jersey Pine Barrens to an impoverished woman known as Mother Leeds. As any woman worth her salt would do, she gave birth without complaint to 12 children, despite her abusive and deadbeat husband. Upon learning of her 13th pregnancy, Leeds finally had enough and looked to the sky and cursed “let the next one be the devil!” Upon its birth, the forsaken baby sprouted wings and flew up the chimney, disappearing into the forest.

Though its origin is clearly rooted in folklore, a number of witnesses have reported the existence of something — Jersey Devil or not — frightening visitors to the Wharton State Forest in New Jersey. With a 10′ leathery wingspan, the head of a horse, and a set of horns atop its head, the Jersey Devil accurately fits the profile expected of most satanic creatures of the night. 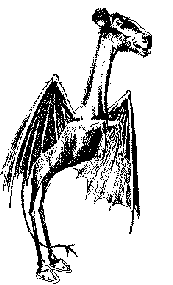 Hunting Tips: It’s common creature-hunting knowledge that you’re more likely to see a scary beast if you enter the densely forested darkness alone, frightened, and probably crying. A few hours of whimpering under the trees, and I’d be heading instead to a nearby kitschy tourist shop to settle for the less threatening snowglobe version, then spend the remainder of my time in the Wharton State Forest camping, kayaking, or hiking like a regular person.

Beautiful South Africa: home to a million or so wildebeests, birthplace of the vuvuzela, and suspected stomping grounds of the Mamlambo.

As if South Africa weren’t home to enough sharp-toothed predators, the dreaded Mamlambo terrorizes the villagers along the Mzintlava River. In 1997, the creature made worldwide headlines when it was blamed for the deaths of seven people, many of whose bodies were recovered with their faces grotesquely devoured.

Witnesses and locals note that the Mamlambo’s presence is often punctuated by thunderstorms, suggesting that the creature may be attracted to bad weather. Eyewitness accounts measure the beast at 67 feet long, with the head of a horse, the body of a fish, and skin like a crocodile.

Hunting Tips: The Mamlambo deaths were centered in an area approximately 110 miles southeast of Durban, so you can begin your search for the “brain sucker” here on a wet and stormy night. Be forewarned, however, that the Mamlambo isn’t the only beast that haunts these waters — crocodiles, snakes, and parasites that want to be inside you also call the Mzintlava River home.

When reports of mutilated livestock began to pop up in rural South America, authorities insisted the killings were the work of packs of stray dogs or even sick-in-the-head people. As the animal deaths — now coupled with sightings of an ugly dog-like predator — worked their way through Puerto Rico, the Dominical Republic, Chile, Colombia, Argentina, Peru, Mexico, and parts of the United States, the chupacabra gained a large media following. 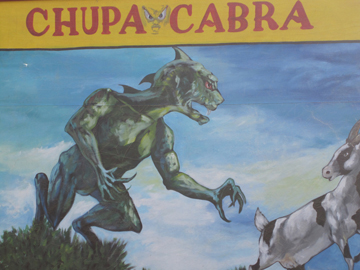 The chupacabra, or “goat-sucker,” is said to have leathery black skin with sharp quills running down its backside, stands at approximately 3 feet high, and kills livestock by sucking its blood through a single puncture wound in the head or neck. Whether the chupacabra is a vampiric alien creature or just some smelly, mangy dog remains to be seen.

Hunting Tips: Many sightings in recent years have been centered in southern Texas. If looking through bushes and staking out farms doesn’t sound like your idea of a good time, head down to see David Walker at El Mercado’s chupacabra stall in San Antonio instead. For just $1, you can take a peek in his display case for a look at a real(-ish?) chupacabra carcass.

Because Africa isn’t already full of dangerous wildlife, eyewitness reports suggest that a massive predatory cat also prowls the region. Reports of the Mngwa go back to the early 1900s, when interest in exploring the plains of Africa was at its highest.

Larger than a lion and swifter than a leopard, the highly aggressive Mngwa is said to roam the grassy plains of Tanzania at night, hunting for prey — human or otherwise. With housecat-like markings on grey brindled fur, this saber-toothed feline is nothing like the purring lazy kitty at your feet. Measuring an estimated 8 feet long and over 400 pounds, if the Mngwa exists, it’s the largest predatory feline in the world.

Hunting Tips: Mngwa or not, there are plenty of animals out in the African serengeti who would love to either eat you or trample you. Err on the side of caution, and travel with a knowledgeable guide. If you don’t find the Mngwa in Tanzania, seek solace in finding art.

Bigfoot is known by many names and has cousins on virtually every continent. Whether it’s the Himalayan Yeti, the North American Sasquatch, the Chinese Yeren, or the Australian Yowie, the physical descriptions are remarkably similar: an ape-like hairy biped, standing somewhere between 6 to 10 feet tall. Its coloration varies with the region it lives in — lighter colored in the snowy Himalayas, dark brown in the forests of North America, reddish in the central forests of China — and its disposition has been reported to range from serene but private vegetarian to vicious puppy killer. 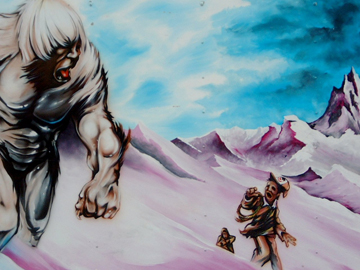 Not only does the Bigfoot hold the title of most recognizable mythological beast, it’s also the most imitated, as it has been the victim of more cryptozoological hoaxes than any other creature on this list. Always found in sparsely populated and densely foliaged areas, the creature generally leaves behind nothing but broken branches, an ass-print or two, and the occasional bewildered witness.

Hunting Tips: The North American Sasquatch’s most recent sightings come from the forests of the Pacific Northwest. For your convenience, the North American Wildlife Research Team has erected the world’s only Bigfoot Trap in the Siskiyou National Forest in Oregon. Take the Collings Mountain Hiking Trail to reach the trap and hide out with your fancy gear. Don’t forget the plaster, as it is imperative that you return with some kind of makeshift cast of a gigantic footprint to truly join the ranks of the Bigfoot Hunters.

A small remote island nation virtually untouched by modern human life: sounds like the perfect place for a Jurassic Park reenactment? Not if you’re a Papua New Guinea resident — for them, it’s a real-life nightmare. Home to the Ropen, a flying pterodactyl-like creature, Papua New Guinea’s nearly impenetrable jungles appear to be an ideal hiding place for any creature previously thought to be extinct.

The Ropen is said to look much like the generic pterodactyl, with the exception of a bioluminescent glow emanating from its torso and long tail. Most reports also note that the body of the animal is covered in coarse brown or reddish hair. With a wingspan of approximately 20-30 feet, the Ropen is a massive airborne predator, though luckily it’s said to feed mainly on fish and other marine life.

Hunting Tips: The Ropen possesses a telltale bioluminescent glow from its belly and tail, so look to the horizon for lights in the sky. Since no planes are allowed to fly after dark in Papua New Guinea, if you spot something, prepare your eyewitness testimony for Ropen enthusiasts or come to terms with your UFO sighting.

Thought elves were just good for cobbling shoes or wrapping presents at the North Pole? Not in Iceland, where, according to a recent survey, over half of the population accepts the existence of elves living among them.

Supposed elf habitats are scattered across the rugged Icelandic landscape, posing serious problems for contractors and construction companies. It’s believed that elves (understandably) do not take kindly to construction projects that infringe upon their living spaces, often choosing to exact their revenge on heavy equipment. Elf-related construction delays aside, most Icelanders are amicable towards and respectful of their pointy-eared neighbors, preferring to err on the side of caution. In gratitude, elves are reported to be quite cooperative with their human kin, on occasion even inviting humans into their homes for pancakes and coffee, or perhaps even more. 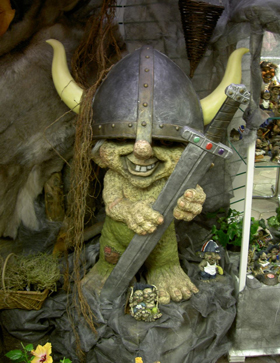 To be fair, not everybody is a hard-core elf believer. Most Icelanders who refuse to outright deny the existence of elves do so on account of courtesy and open-mindedness for true believers. And, as elves represent the preservation of Iceland’s natural landscape, most citizens agree that this is a cause they can truly get behind.

Hunting Tips: Head straight to Hafnarfjordur, a small port town on the outskirts of Reykjavik that prides itself on an unusually high elf population, to take advantage of one of the several tours through elfin preserves. Elves are reported to appear to those who seek serene commune with nature, so I’d find a nice rock or tree to sit near and keep my eyes peeled for their characteristic 19th-century outfits and buckled shoes.

For another dose of weird, check out 15 Unusual Natural Phenomena and Where to Witness Them.

5 things to do in Durban, South Africa