Old Harry Rocks is a natural landmark on the Isle of Purbeck in Dorset, England. It consists of tall, tower-like chalk formations subjected to several million years’ worth of erosion by powerful sea waves, which gives them their unique shape. They’re some of the most dramatic features along England’s southern coastline.

The rocks are visible from many miles away and form part of the Jurassic Coast World Heritage Site. Old Harry Rocks has become an important tourist attraction due to its unique geological characteristics and stunning views across the English Channel. Visitors can admire the views of the white cliffs, observe local wildlife such as seals and seabirds, go kayaking or coasteering (a mix of rock scrambling and cliff jumping), or explore nearby attractions including Corfe Castle and Swanage Beach.

Why are they called “Old Harry Rocks? 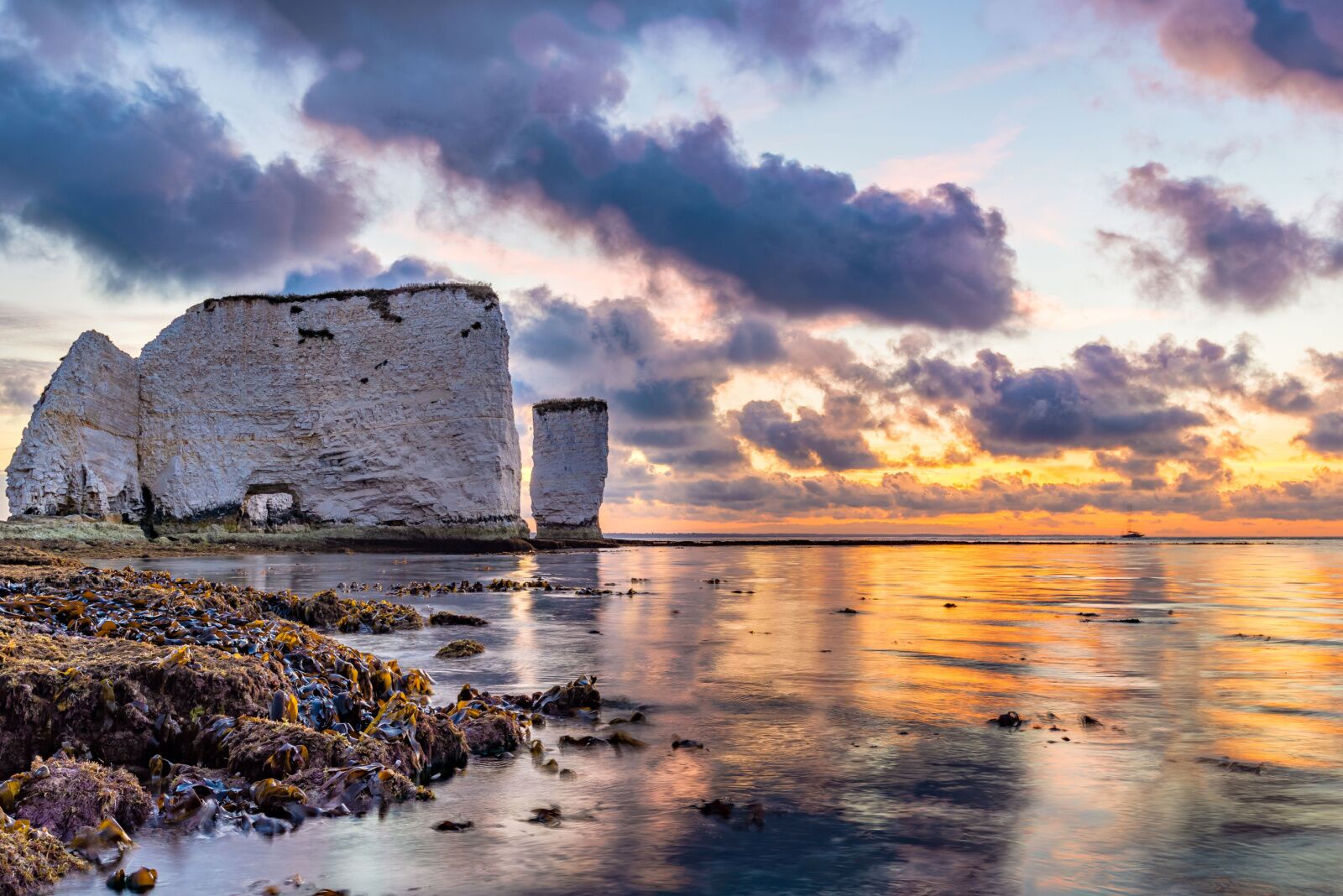 You may think the name was originally “Old Hairy,” for moss or plants growing on the rocks. But it’s always been “Old Harry,” and no one knows why.

The name “Old Harry Rocks” has been attributed to various sources. It’s possible it was named after an old sailor who used to take refuge in the caves of Old Harry Rocks when the weather was too bad for sailing. It is also thought to be named after King Henry VIII, as old maps suggest he owned the area and had a hunting lodge nearby. And some people say it’s based on an even older legend: the grassy area just above the cliffs is called “Old Nick’s Ground,” because, according to some legends, the Devil himself (known locally as “Old Nick”) once took a nap there. Whatever the origin of its name, Old Harry Rocks will always remain an iconic landmark in Dorset, providing beautiful views and inspiring visitors from near and far. 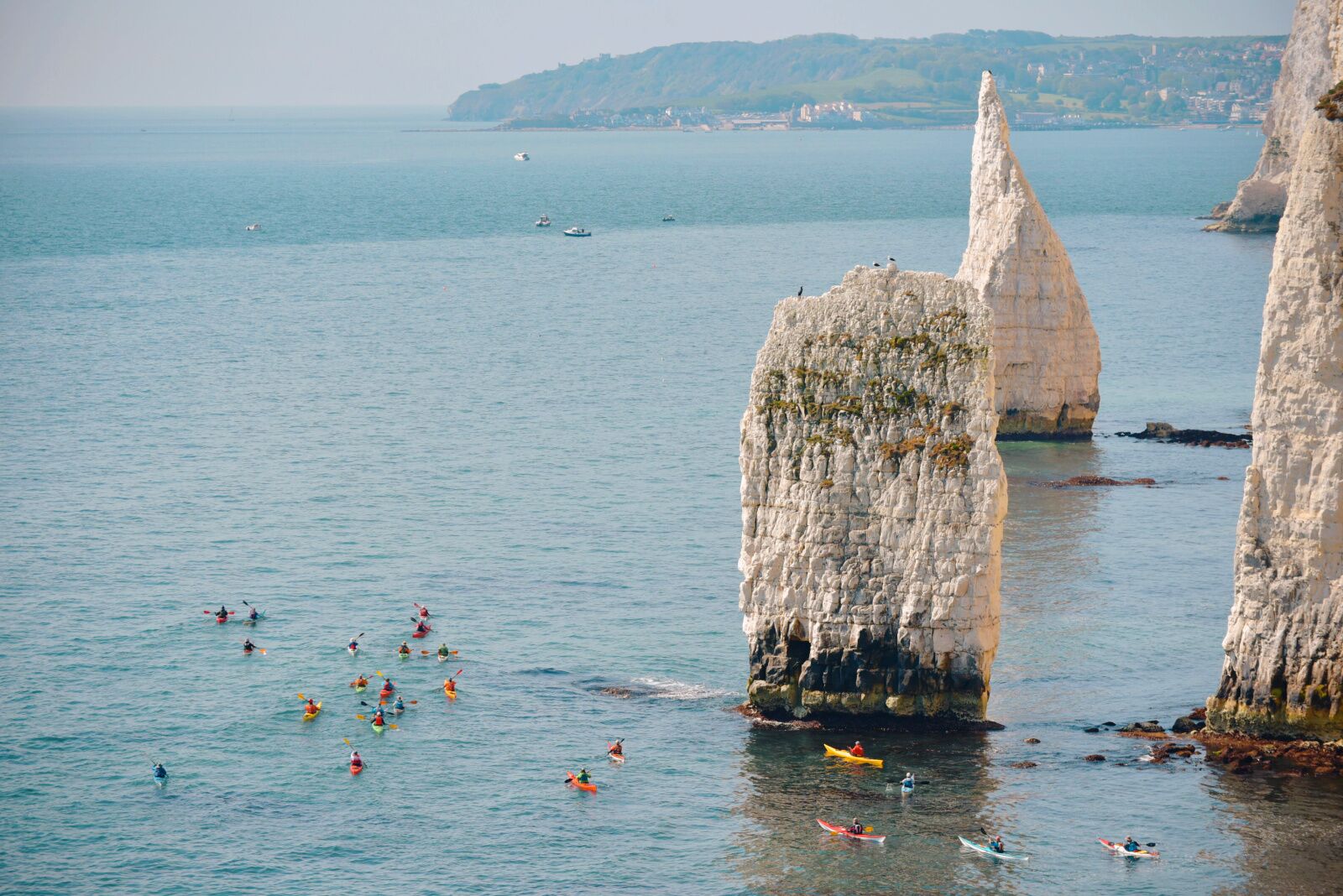 Old Harry Rocks is a great place for hikers of all levels. There are plenty of easy walks along the coast, as well as more challenging hikes up and around the rocks themselves. The views from these paths are spectacular and can be accessed year-round, although some routes may not be accessible during bad weather or high tides. Popular hikes include the South West Coast Path, the Old Harry to Studland Bay Walk, and the old smugglers’ route from Swanage.

For a unique way to explore the site, kayaking is an excellent option. Fluid Adventures runs six-to-eight hour tours for paddlers with prior kayaking experience, and H2O Adventures runs a similar half-day tour. On these tours, guides will take visitors to the best views and share insight into the cultural and natural heritage of the rocks. During these trips, you may be able to spot wildlife such as seals, seabirds and dolphins.

If you don’t have paddling experience, you can still take a boat tour from City Cruises. The one-hour tours start in the town of Poole and include narration from your skipper as you head out to the sea the rocks, only you don’t have to paddle, and there’s often a bar on board. It’s a bit more of a leisurely experience.

7 Picture-Perfect English Villages Just a Train Ride From London
Tagged
Paddling
What did you think of this story?
Meh
Good
Awesome