Visitors to Egypt are presented with countless things to do, ranging from monumental adventures, like exploring the wonders of the Great Pyramid of Giza and its ancient inscriptions, to the leisurely, like taking a romantic sunset boat ride down the Nile. History aficionados will no doubt agree that visiting the country’s intriguing archaeological sites is one of the best things to do in Eygpt, including Abu Simbel and Philae. And food-lovers can sample traditional local dishes like ful medames (fava beans with olive oil) for breakfast or koshary (a lentil-tomato mix) for mid-afternoon snacks.

But, as with many popular tourist destinations, some things to do in Egypt are overhyped and underwhelming. While that’s obviously going to be a matter of opinion, it’s worth it to spend some time on social media to find recommendations of what attractions to avoid in the country — and what to do instead.

@matadornetwork If you’re planning a trip to Egypt @Erin Fang has some great tips and suggestions. If you’ve been, what are your thoughts? Do you agree? 🇪🇬 #egypttravel #traveltrips #egyptpyramids #traveltiktok ♬ original sound – Matador Network

According to one frequent traveler, you should actually skip the overrated pyramids of Cairo and camel rides through the desert — but you have to visit the Valley of the Kings.

Skip: the Great Pyramids in favor of the Saqqara Necropolis 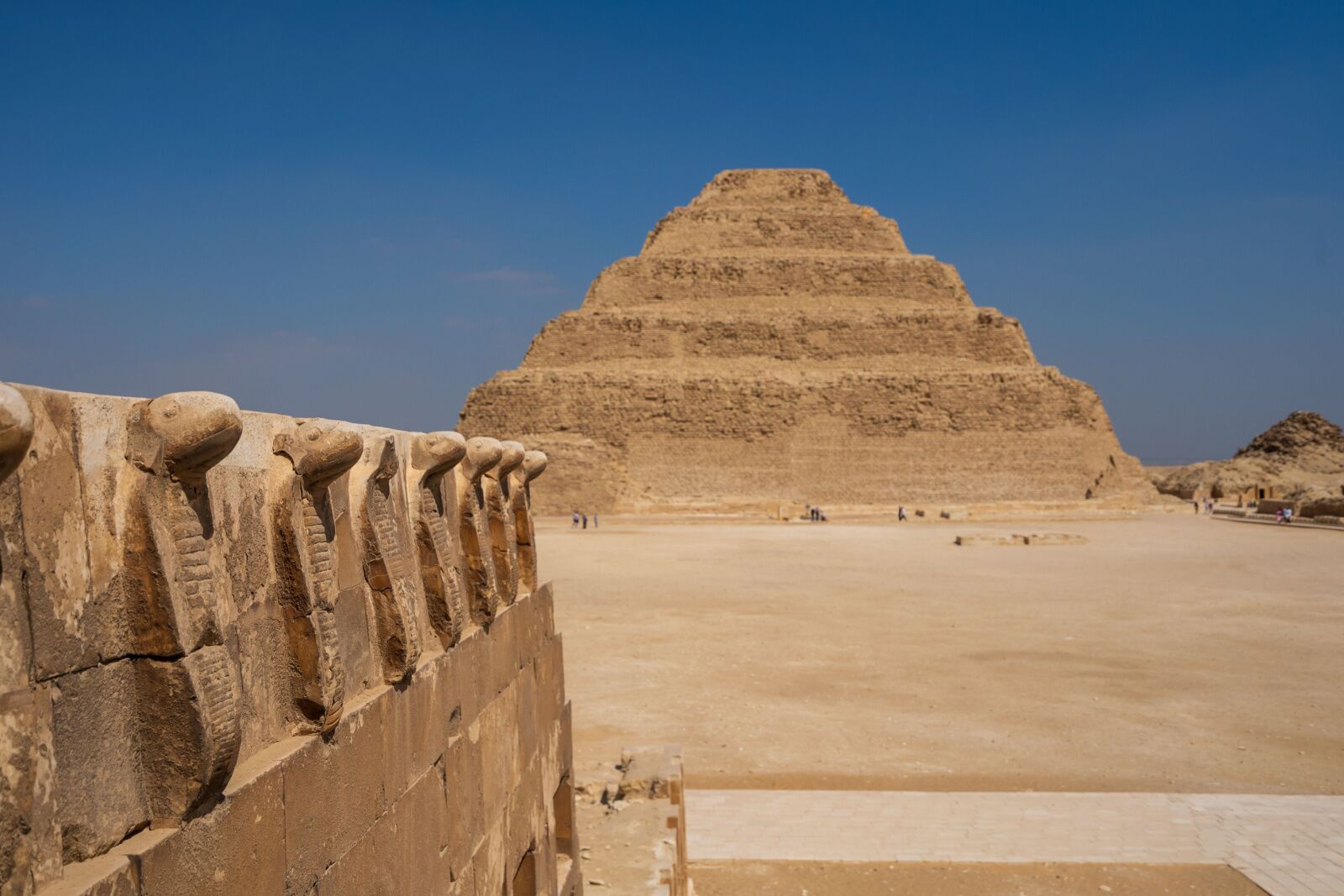 The Great Pyramids are impressive, but they’re also busy (and empty). So if you’re looking for things to do in Egypt, head instead to the Saqqara Necropolis, about 45 minutes south of the Great Pyramids. The sprawling desert site is home to several of Ancient Egypt’s most notable monuments, including the Step Pyramid of Djoser. It’s the oldest pyramid in existence, dating back to the Third Dynasty (around 2700 BCE) and thus pre-dating the Great Pyramids by about 70 years. It stands as an enigmatic testament to what early Egyptian architecture was capable of achieving. Tourists can also explore other landmarks, such as pyramids dedicated to the pharaohs Unas and Teti, mastabas (flat-roofed tombs), and temples.

Skip: on the camel rides

According to Egypt traveler Erin Fang, camel rides are overrated and primarily just for photo ops. Instead of traveling through Egypt on a camel, consider trying something more unique, such as a sunset dinner cruise on the Nile or planning an overnight trip to snorkel and enjoy the beaches around Sharm el-Sheikh, known for its fabulously clear water.

The best thing to do in Egypt: visit Valley of the Kings 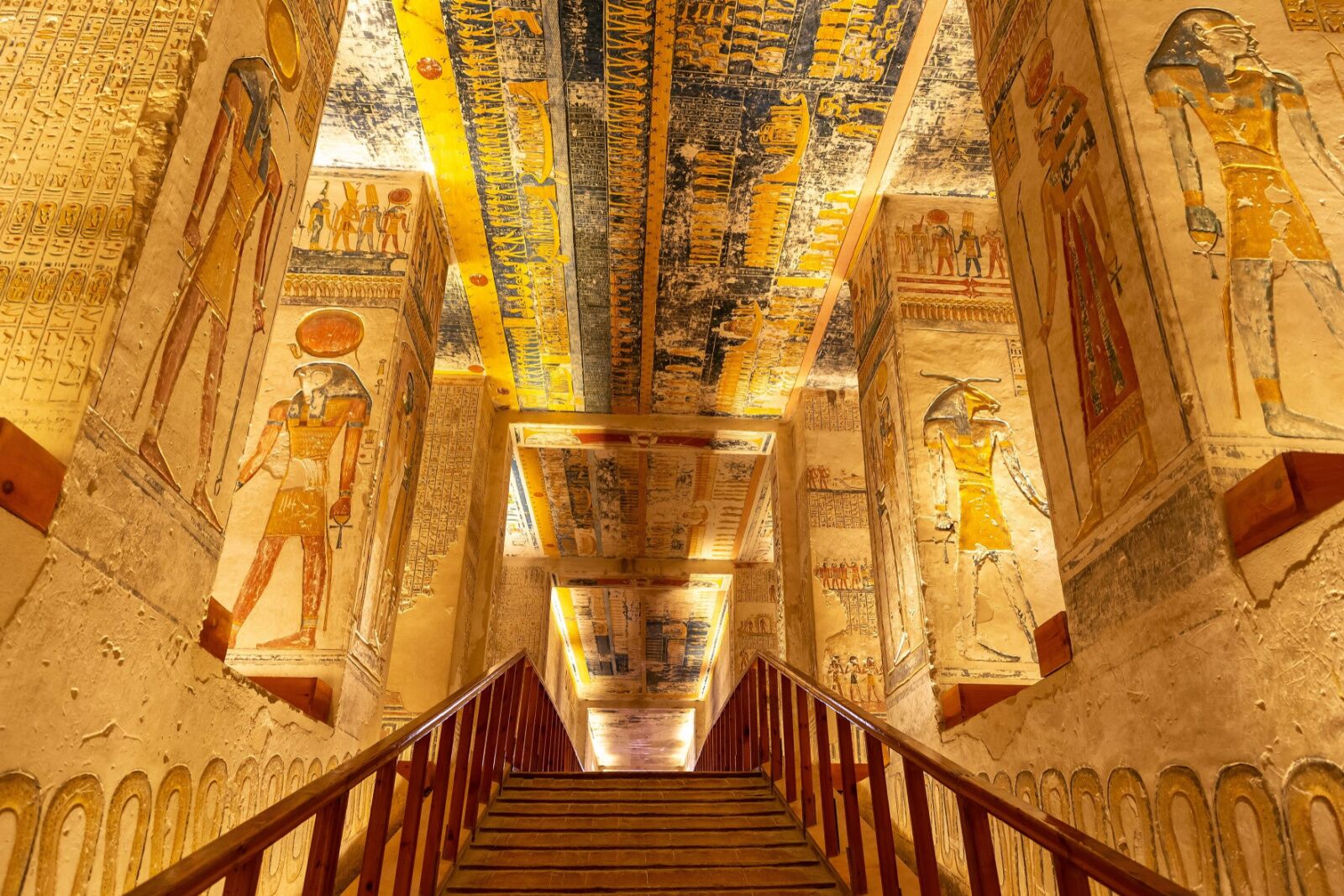 If you’re looking for things to do in Egypt, a trip to the Valley of the Kings should be high on your list. Located just west of Luxor, this legendary valley is known for its incredible tombs. Home to 63 known monuments, the Valley of the Kings contains a wide variety of ancient architecture from various phases throughout history. It’s most famous for holding King Tutankhamun’s tomb; however, other pharaohs have been discovered here as well. Visitors can explore tombs from some of Egypt’s best-known rulers, from Tuthmosis I through Rameses XI and beyond.

It’s not far from ancient Thebes, and most of the burial chambers are from Egypt’s New Kingdom period. Many of the tombs have fascinating hieroglyphics and have inspired countless films and novels, including The Pharaohs Curse (1957) and The Mummy (1999). Many visitors find themselves in awe after embarking on a tour through the Valley of the Kings. The world-renowned location is unarguably one of the most popular things to do in Egypt, and each year, it draws an influx of travelers eager to explore the site’s rich history.

Don’t forget that you’ll need to buy a photography pass for $17, which will allow you to shoot as much photo and video as you’d like in three tombs.

Archaeology7 Underrated Sites in Egypt Worth Visiting, According To an Archaeologist
Tagged
Archaeology Egypt
What did you think of this story?
Meh
Good
Awesome