New Town, which actually dates back to the 14th century, is the city’s main commercial district, with bustling Wenceslas Square at its heart. But as well as hotels, big department stores, and restaurants, the area also has a fair amount of culture. New Town — Nové Město in Czech — is where you’ll find the State Opera House, National Theatre, and National Museum, among many other notable institutions. 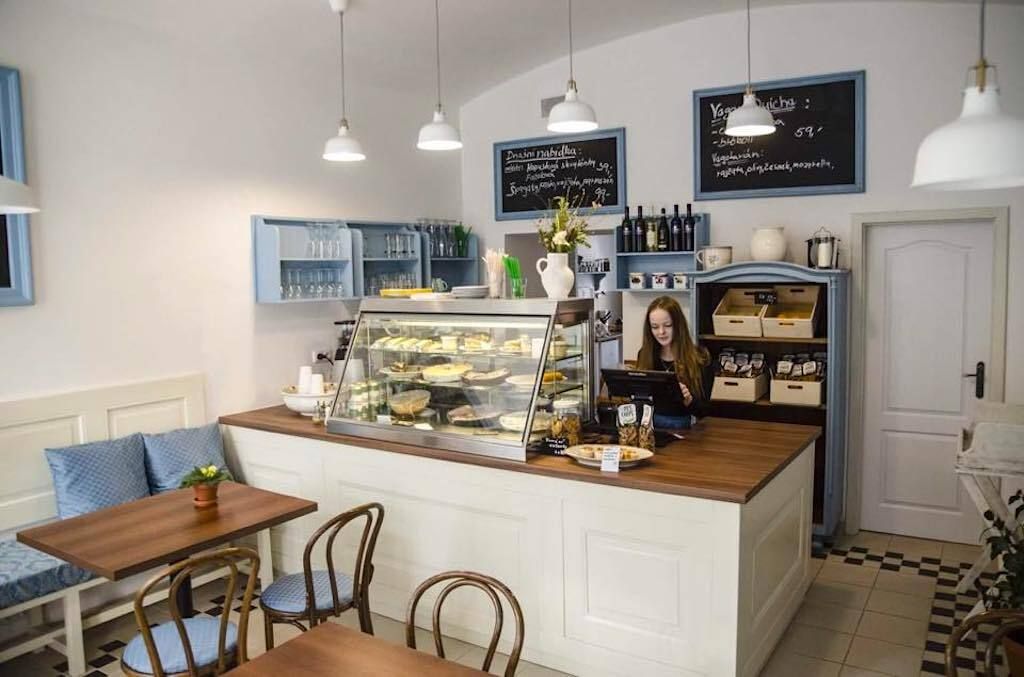 Grab a healthy, colorful bowl of muesli and fresh fruits, a smoothie and maybe some smashed avocado and poached egg on toast at the vegetarian-friendly Veget Bistro Café, which is intimate and well located for New Town, and Wenceslas Square in particular. 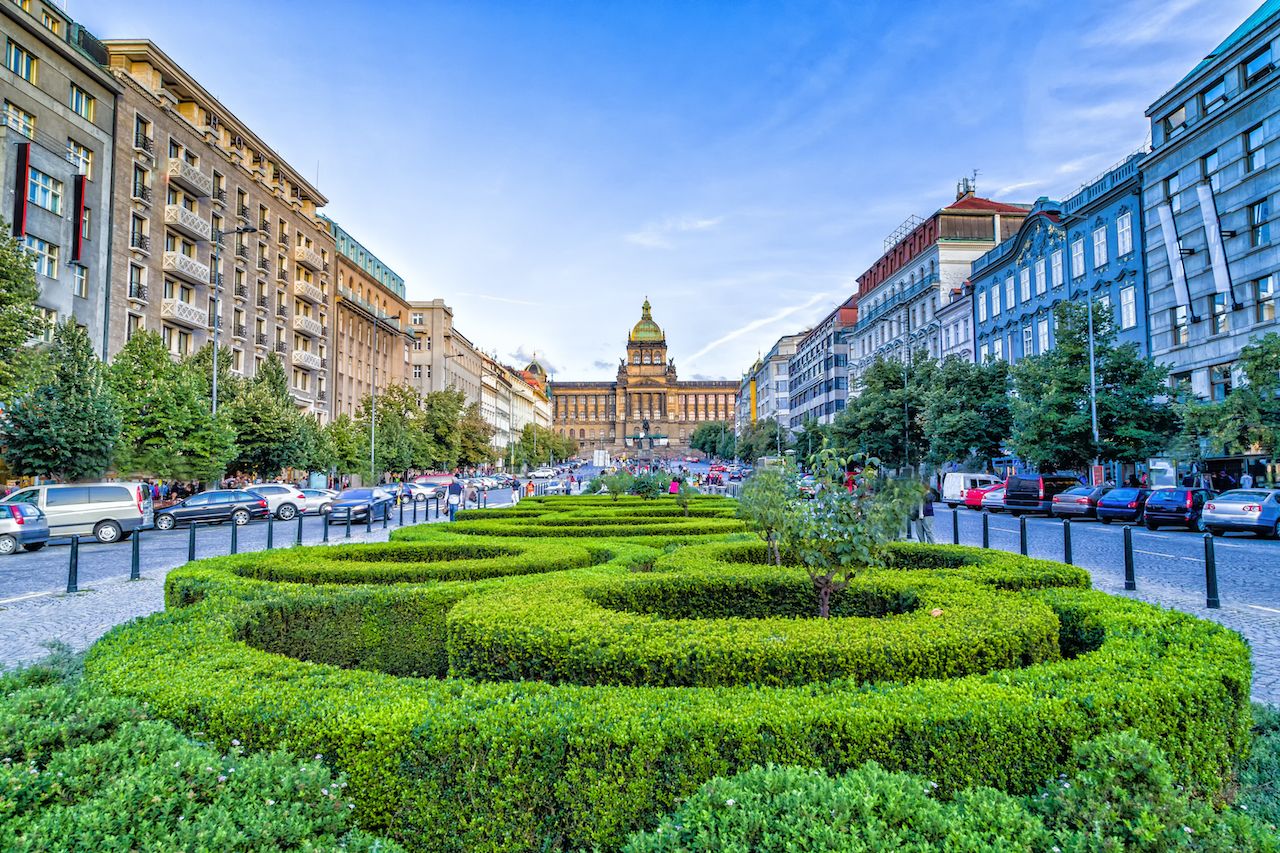 In Wenceslas Square, the Velvet Revolution, also called the Gentle Revolution, was really felt. Almost overnight, a commemoration of a student uprising 50 years earlier swelled to a half-million protesters. A country-wide protest followed a few days later, and eventually, the Communist party of what was then Czechoslovakia gave up power — less than two weeks from when the first protesters arrived at the square.

In contrast to Old Town Square, this large square is lined with modern malls and hotels, although there are a few historic facades and interiors to be found on closer inspection and on the side streets. Pop into the Lucerna Passage, at Stepanska 61, for example, for a splash of Art Deco and an amusing ceiling sculpture by local artist David Černý.

At the top of the square is the main building of the National Museum, which is inside a neo-Renaissance UNESCO-protected building, and hosts artworks, archaeological finds, and regular cultural events. The distinctive blocky building next door is the former Communist Parliament building, which still has nuclear shelters below ground. 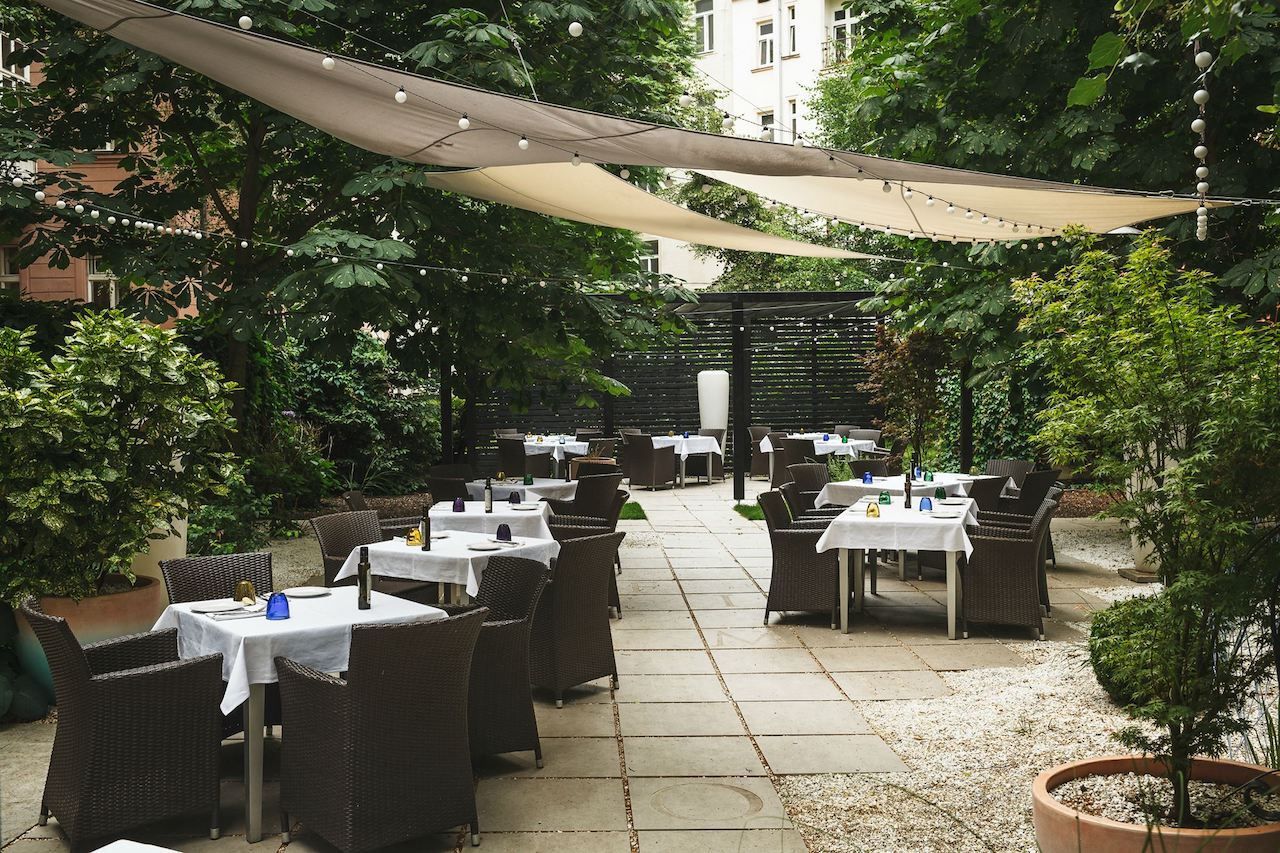 One of the most famous Italian eateries in town, Aromi, can now be found in its new location next to the Divadlo Theater in Vinohrady. Its minimalist interiors and subtle tones provide a dapper setting for some of the best seafood in town — pasta with crab meat, seared scallops — as well as classics like lasagna and risotto. If you love truffles, you won’t be disappointed. There’s also a pleasant courtyard, and the wine list is solid too.

At the other end of the price spectrum is Pizzeria Einstein, a popular local chain with a location in New Town. In addition to pizzas, the menu also features salads and kinds of pasta. 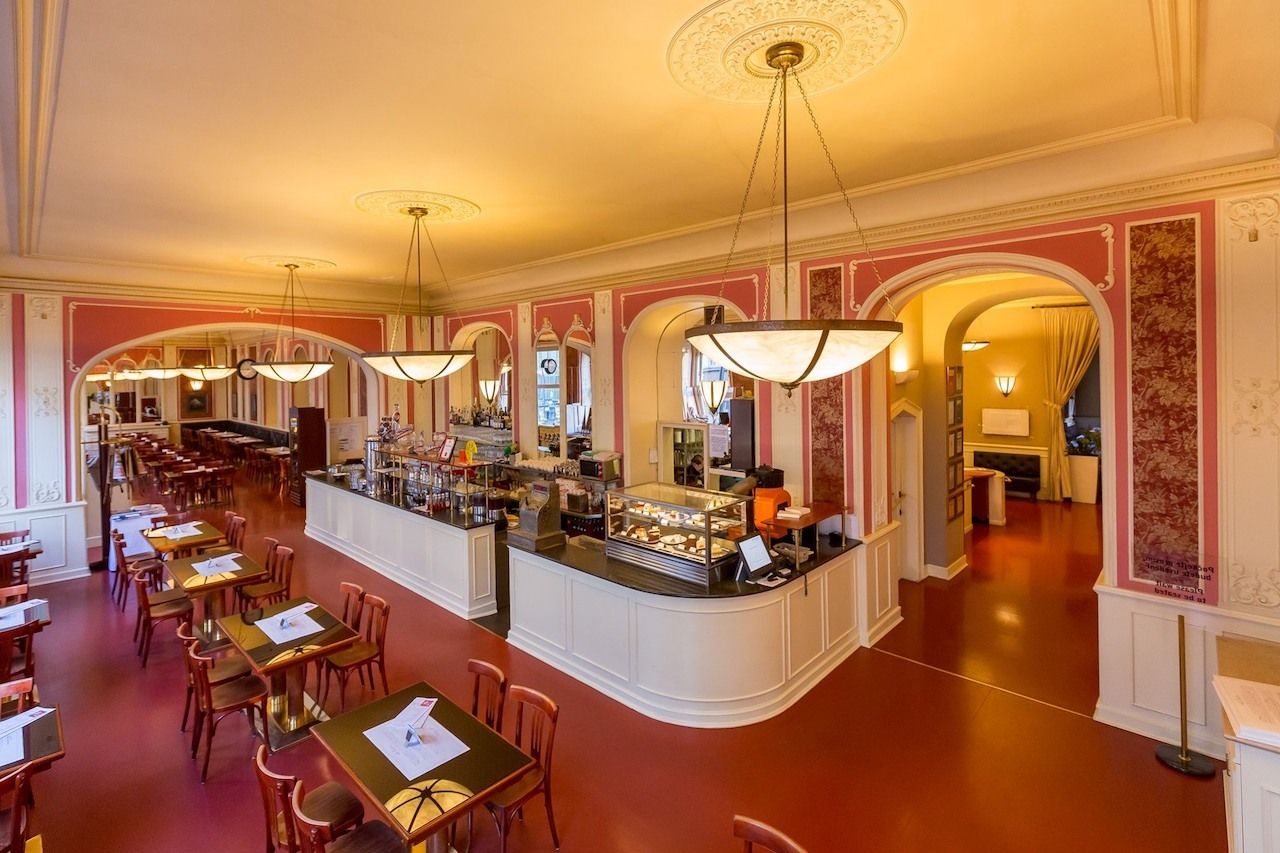 Once you’re back into the New Town proper, stroll to the Museum of Communism, which features a well-researched exhibition of the history of the Iron Curtain era. Next, explore the streets around here for shopping, gradually drifting down toward the river to the grand Café Louvre, modeled on Viennese coffee houses. You can get an afternoon coffee and their interpretation of a Sacher cake served by staff in 1920s uniforms.

Together with Nelson Mandela and Mahatma Gandhi, Václav Havel was one of the 20th century’s great fighters against oppression. The author and dissident spent years in prison for this vocal opposition to the Communist regime of what was then Czechoslovakia, but a group he founded was vital in the Velvet Revolution ending that regime. After visiting the Museum of Communism, some time spent in this little library dedicated to the man who went from jail to the presidency of his country is illuminating.

Dinner and the theater 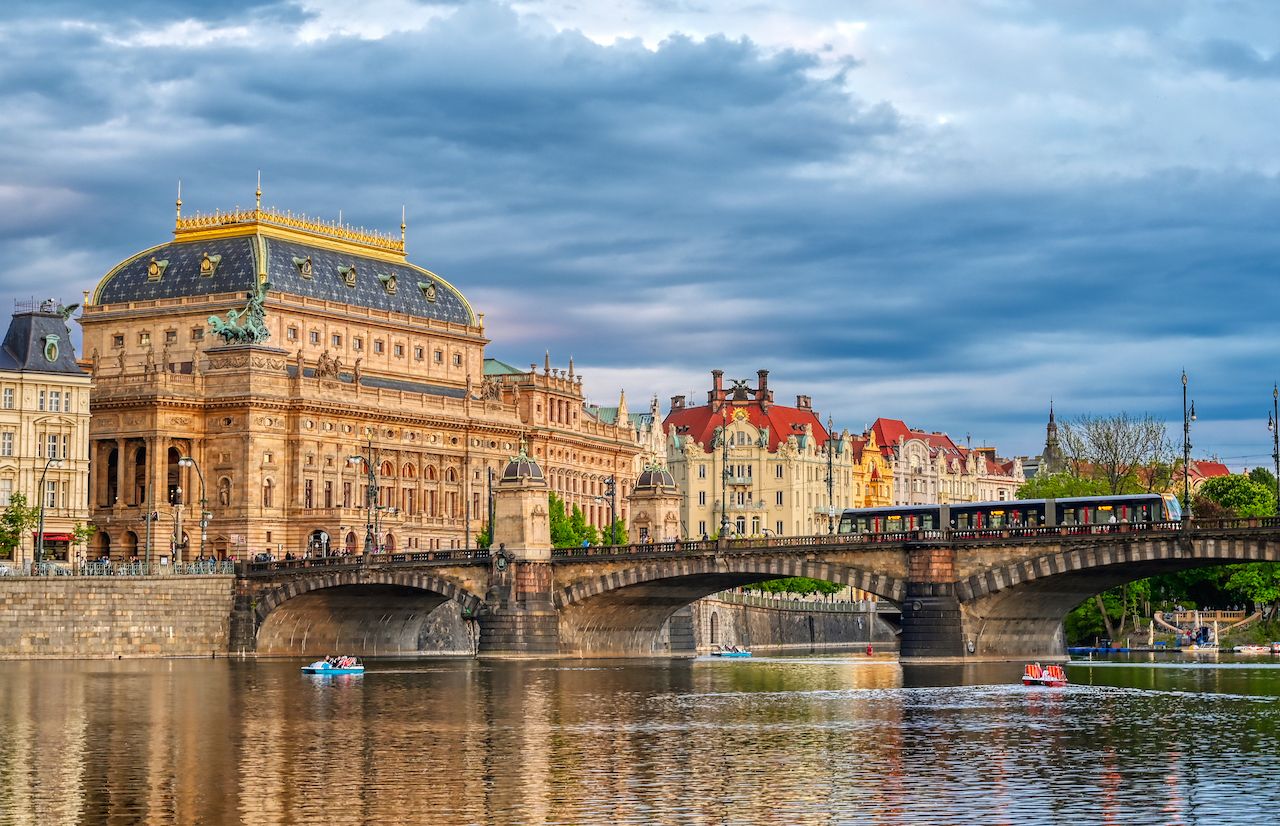 You’re right next to the National Theatre now. If you have purchased tickets in advance, or if you luck up with a same-day purchase, take in some excellent opera or ballet. The theater also presents plays, and occasionally some are non-verbal and hence suitable for foreigners.
For dinner, either before or after the performance, the restaurant V Zatisi is an intriguing blend of Czech and European cuisine with Indian influences. The small plates are excellent for sharing. You can opt for eight plates or 12 plates at about $60 and $80 per person, respectively, or simply order a la carte. Alternatively, the vegetarian restaurant Estrella has everything from quesadillas to meat-free burgers.

Drinks on the town 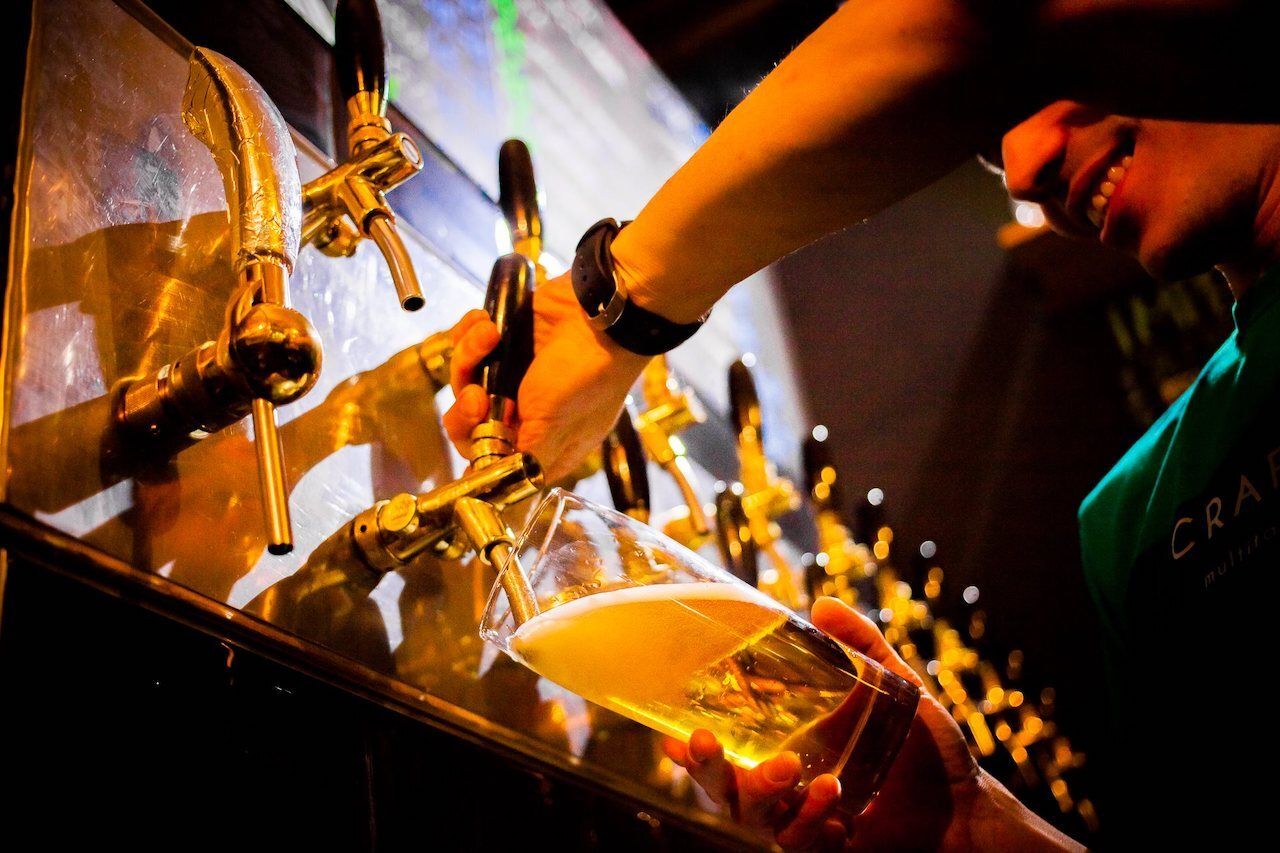 There are some great places around here for after-dinner drinks. Beer enthusiasts will want to check out the Craft House Prague, which has almost 30 taps selling beers that are mostly from the Czech Republic and lots of bottled brews. For something clubbier, the Groove Bar matches industrial chic to an electronic soundtrack and has decent cocktails.