When a city carries the weight of history, there’s a danger of it growing self-satisfied with its previous contributions. In truth, there was a period in the 1990s when Manchester became flattered by its own profile and grew ego-fat on its links to Oasis, David Beckham, and Sir Norman Foster. Most of that has dropped away in recent years, though, and the arts and culture scene has diversified into more than football and acid house. You’ll still find worthwhile distractions in the neo-gothic, 19th-century galleries and museums, but cool new events and spaces are now part of the city. Here are some of the highlights that are worth checking out while in Manchester. 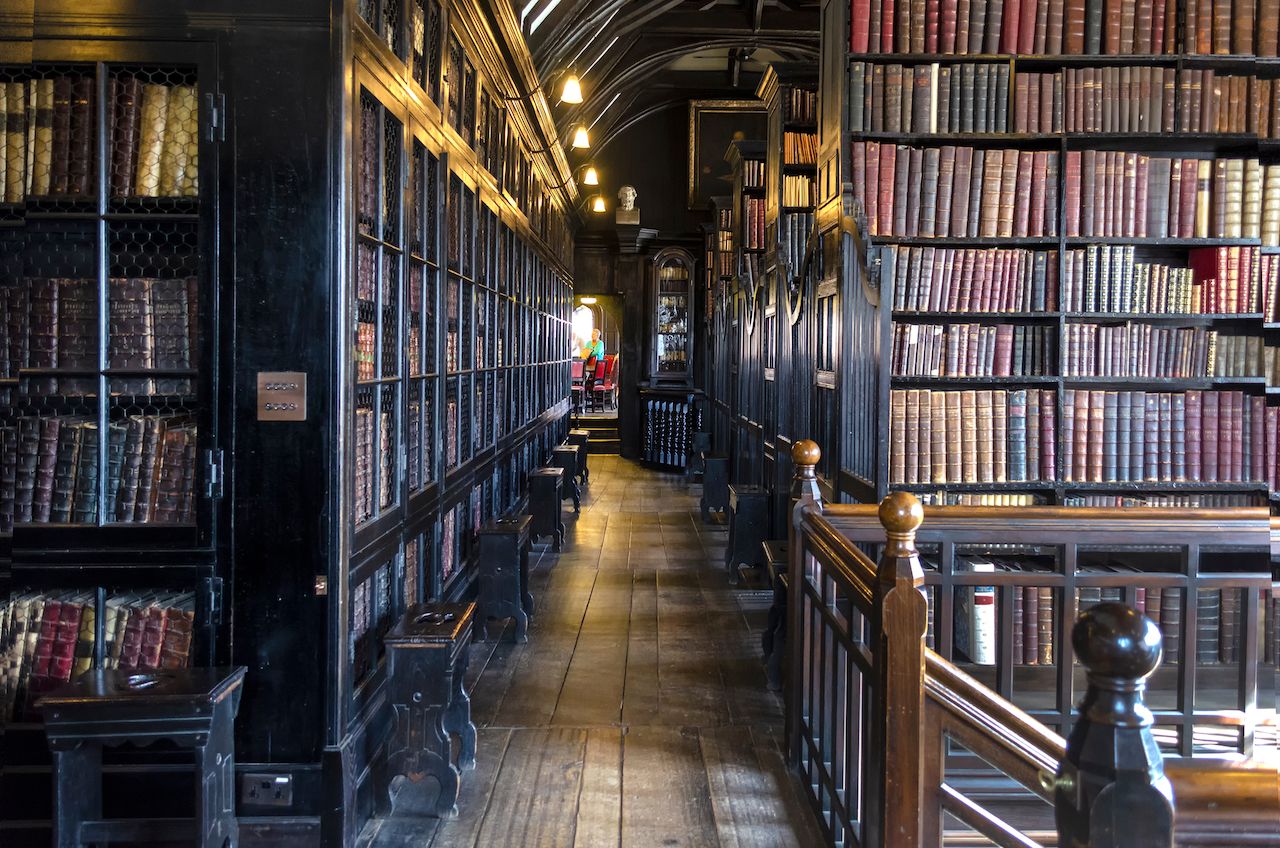 Chetham’s Library — Chetham’s Library is not your average book lender. Part of a 600-year-old medieval building complex, including a music school for talented youngsters, Chetham’s is the English-speaking world’s oldest public library. The reading room and archives have been in use since the 17th century, and they remain open to the public, which can enjoy a quiet, dark place of polished wood and the musty smell of history. Between Monday and Friday the library operates a free (there’s a suggested contribution of $5) system of timed admittance, so you can visit on the hour between 10:00 AM and 4:00 PM, but escorted tours are also available. 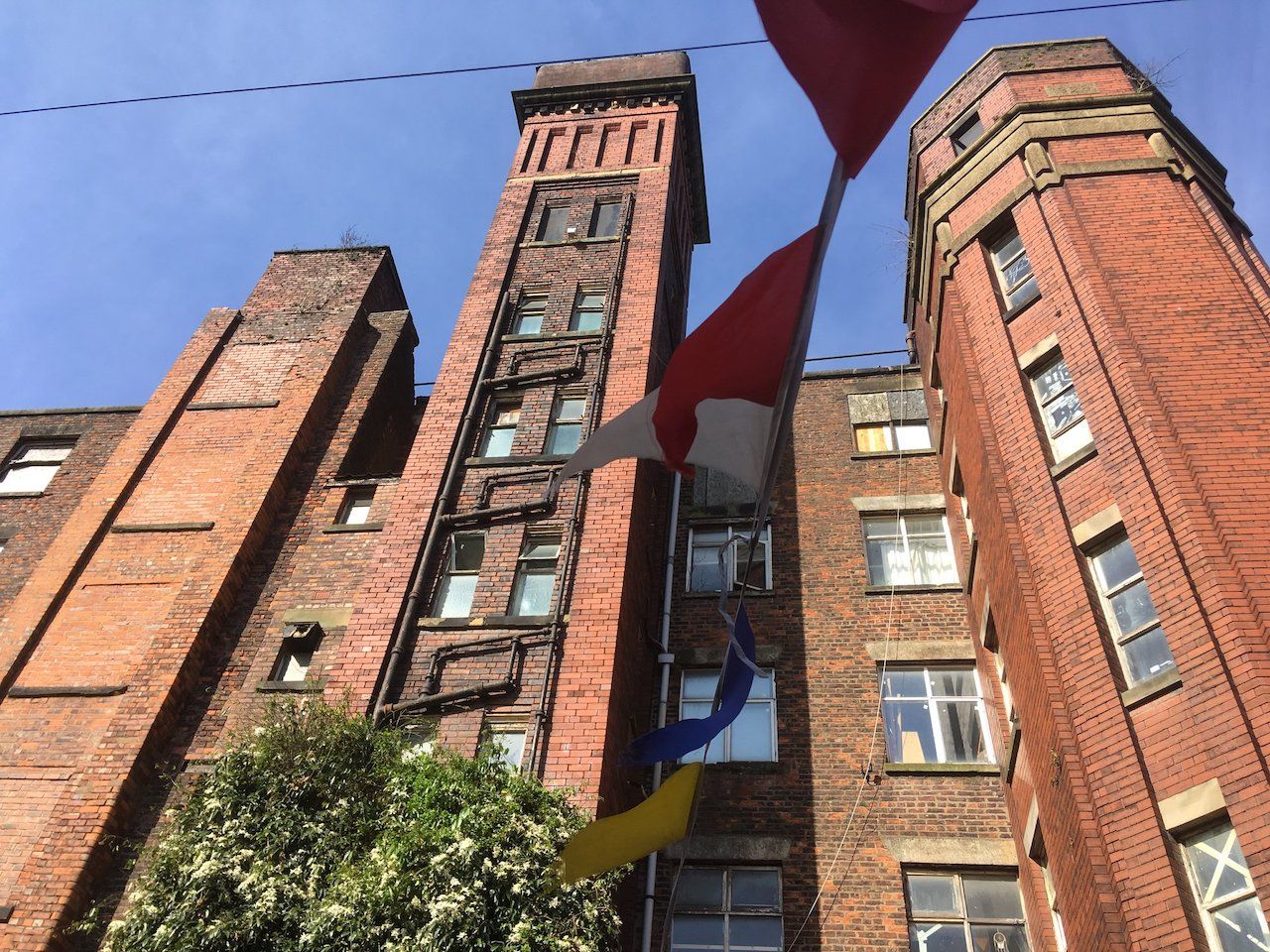 Islington Mill — Technically not in Manchester, as it’s just over the border in Salford, and certainly not pretty in a conventional sense, Islington Mill represents something important in modern Greater Manchester. Once a textile mill, this five-story hub for the creative arts has been in constant motion since 2000 when it was reinvented as an independent space. It now hosts small businesses, creators, artists in residence, and a wide range of music events, including the Sounds from the Other City festival. The Mill prides itself on encouraging creativity and collaboration between all people, so visitors can come for workshops on art practices, live music, or even to stay in the on-site bed and breakfast. It’s not a polished, or even finished-looking, place but it still fizzes with the energy of people building a DIY culture of their own. 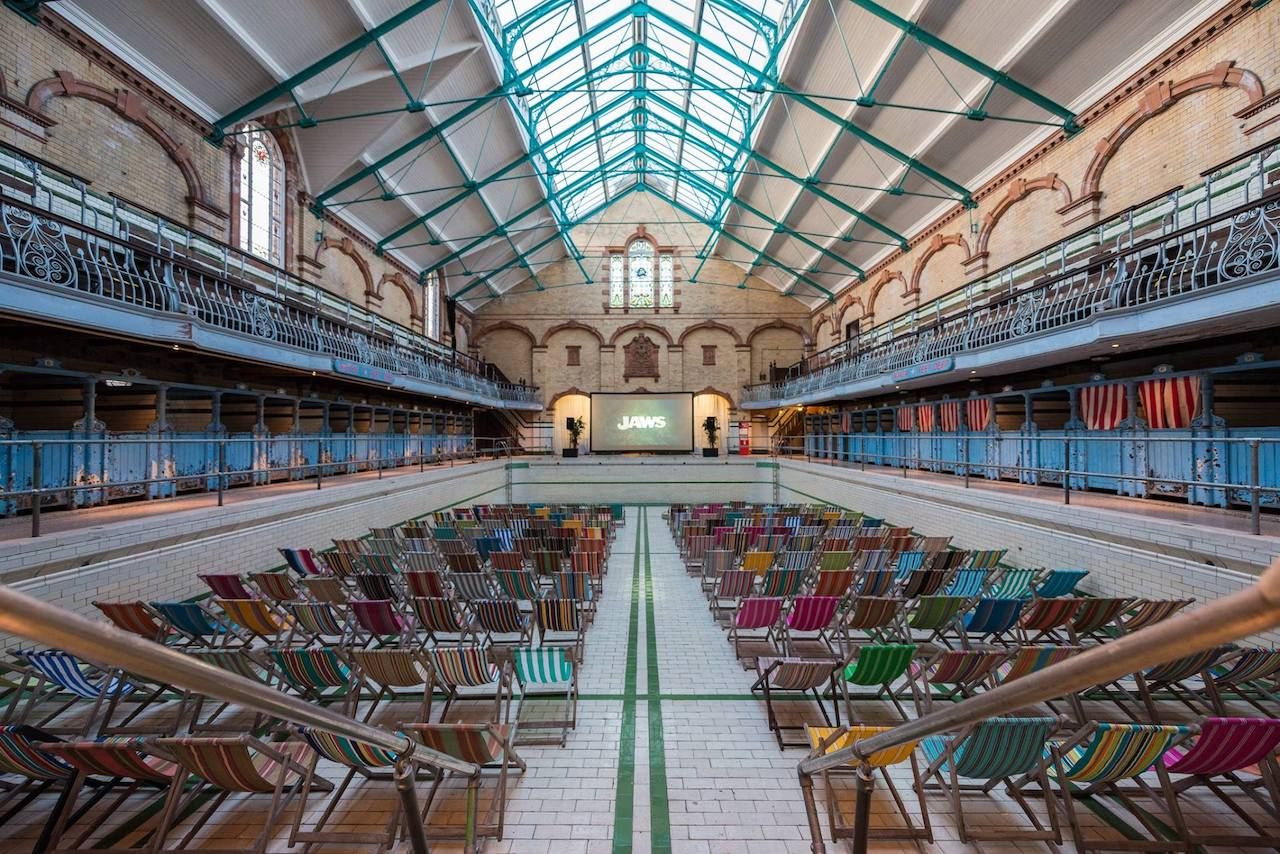 Victoria Baths — Although it was left to ruin in the mid-1990s, large amounts of funding and a lot of public support have resulted in the welcome renovation of Manchester’s oldest and most striking public swimming pool and Turkish bath. Following its closure after nearly 100 years of operation, Victoria Baths is now open for tours and public events between April and October. While it’s now more commonly home to cinema screenings, art exhibitions, and events than it is to splashing about in the shallow end, there have also been some swimming events organized recently. Wet or dry, it’s a great opportunity to visit a once-lauded palace of stained-glass windows, elaborate tiling, and vibrant colors. 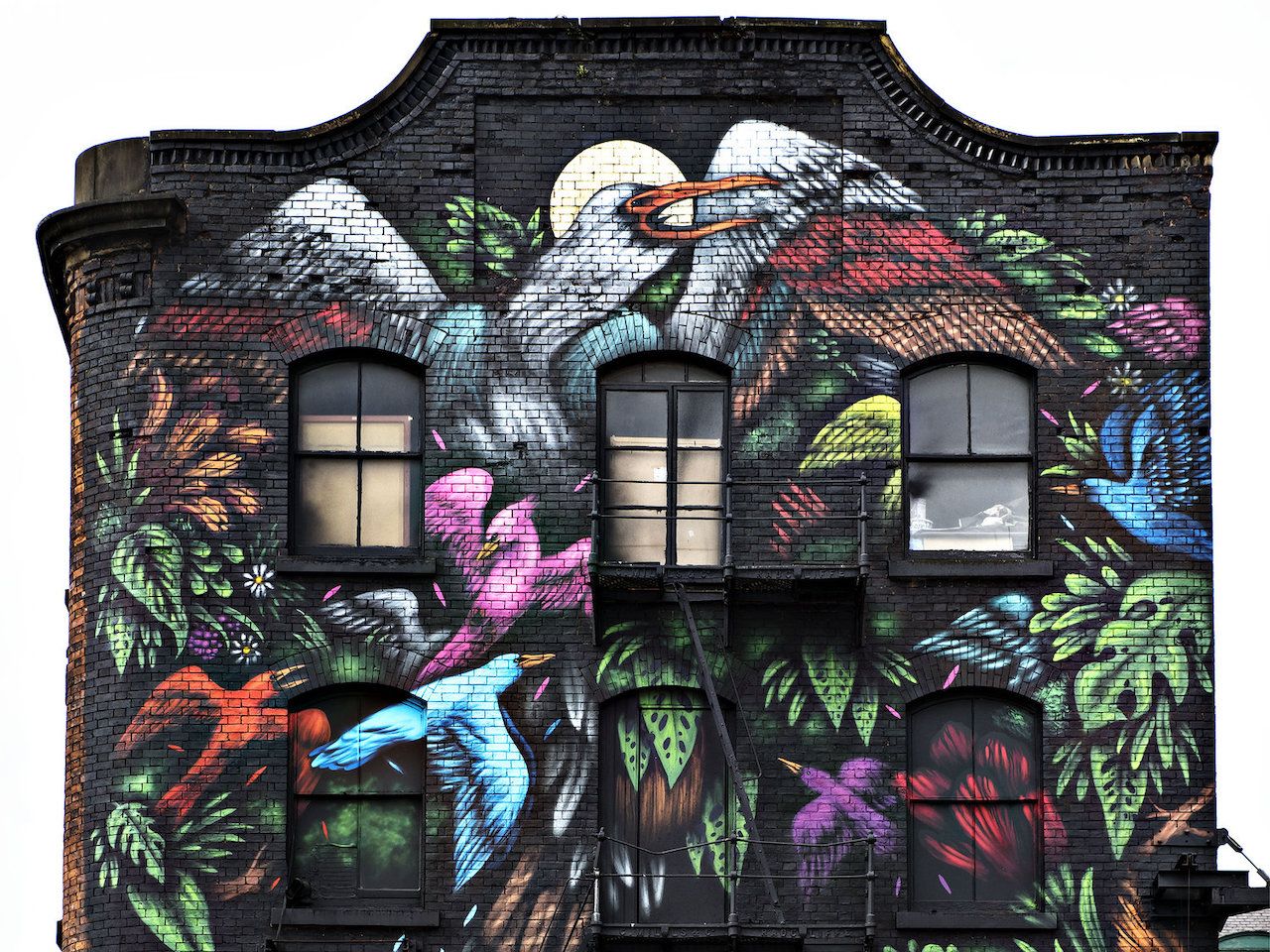 Street art in the Northern Quarter — As part of the Cities of Hope program in 2016, the walls of several of the Northern Quarter’s industrial buildings were given over to nine muralists to raise social awareness around issues like multiculturalism and mental health. The resulting pieces vary from the intimate portraits of homeless people by C215 to Dale Grimshaw’s huge, vibrant image supportive of tribal freedom fighters in West Papua. Over time, additional images have been added to the area’s buildings, and now the whole neighborhood is a good place to walk and take in everything from photo-realism to classic graffiti tagging. Weekend walking tours are available through Skyliner. 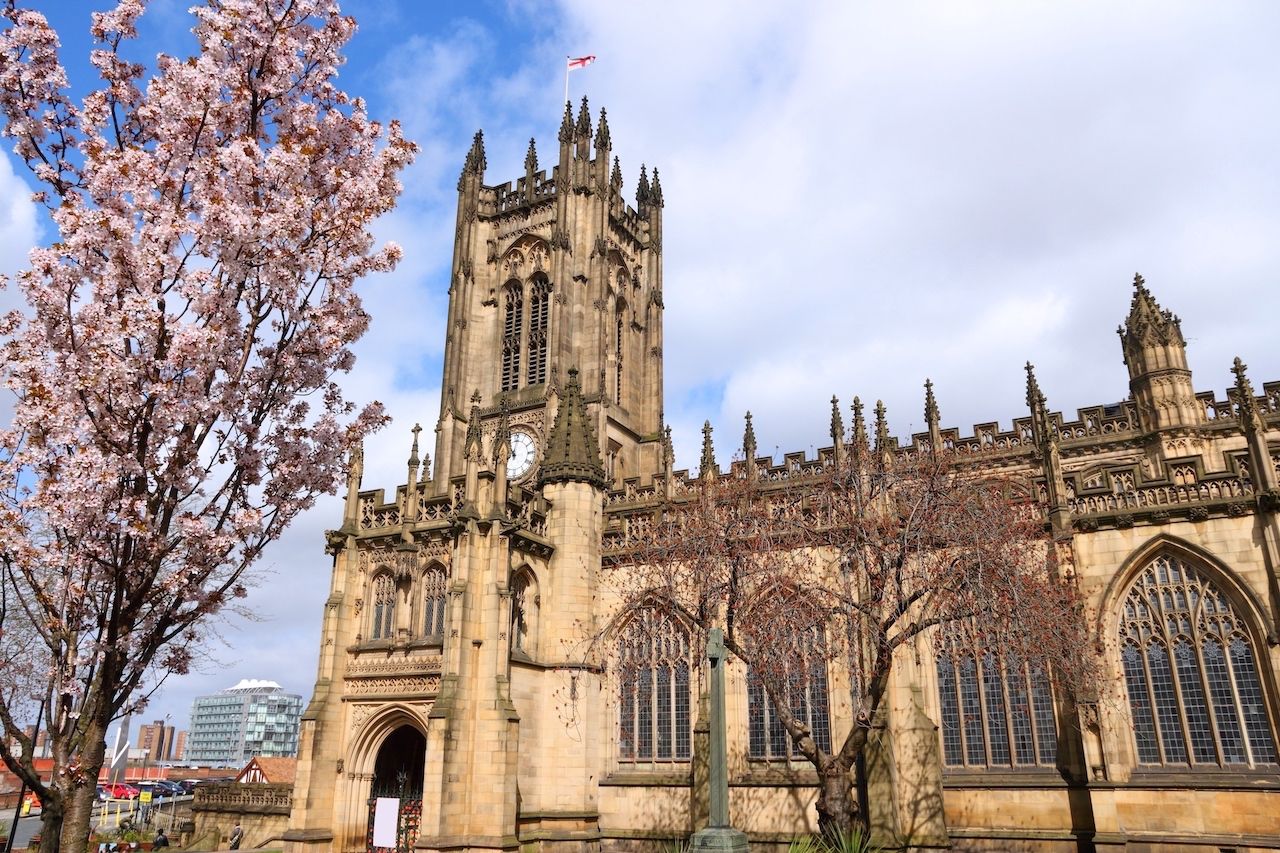 City center architecture — As exciting as new things can be, you’d be remiss if you didn’t also spend some time with the city’s architectural elders. As a place that grew rich and stately on the money generated during the Industrial Revolution, Manchester is filled with buildings that tend toward the very grandest of 19th- and early-20th-century tastes. Although it’s currently closed to visitors, the neo-gothic Town Hall is an impressive mass of spires and towers.

Just next door you can visit the Central Library, whose giant domed roof is propped up by imposing stone pillars. Entry is free, and visitors can enjoy the silence between 9:00 AM and 8:00 PM Monday to Thursday, 9:00 AM to 5:00 PM Friday and Saturday. Just a 15-minute walk from the library, you can visit the Manchester Cathedral, a building that has only deepened in character as it has survived numerous wars, bombings, and remodelings. You can find out more of its story by visiting, for free, seven days a week. The Tourist Board runs a daily walking tour that takes you through the highlights for $12. The tour sets off at 11:00 AM each day from the Central Library. 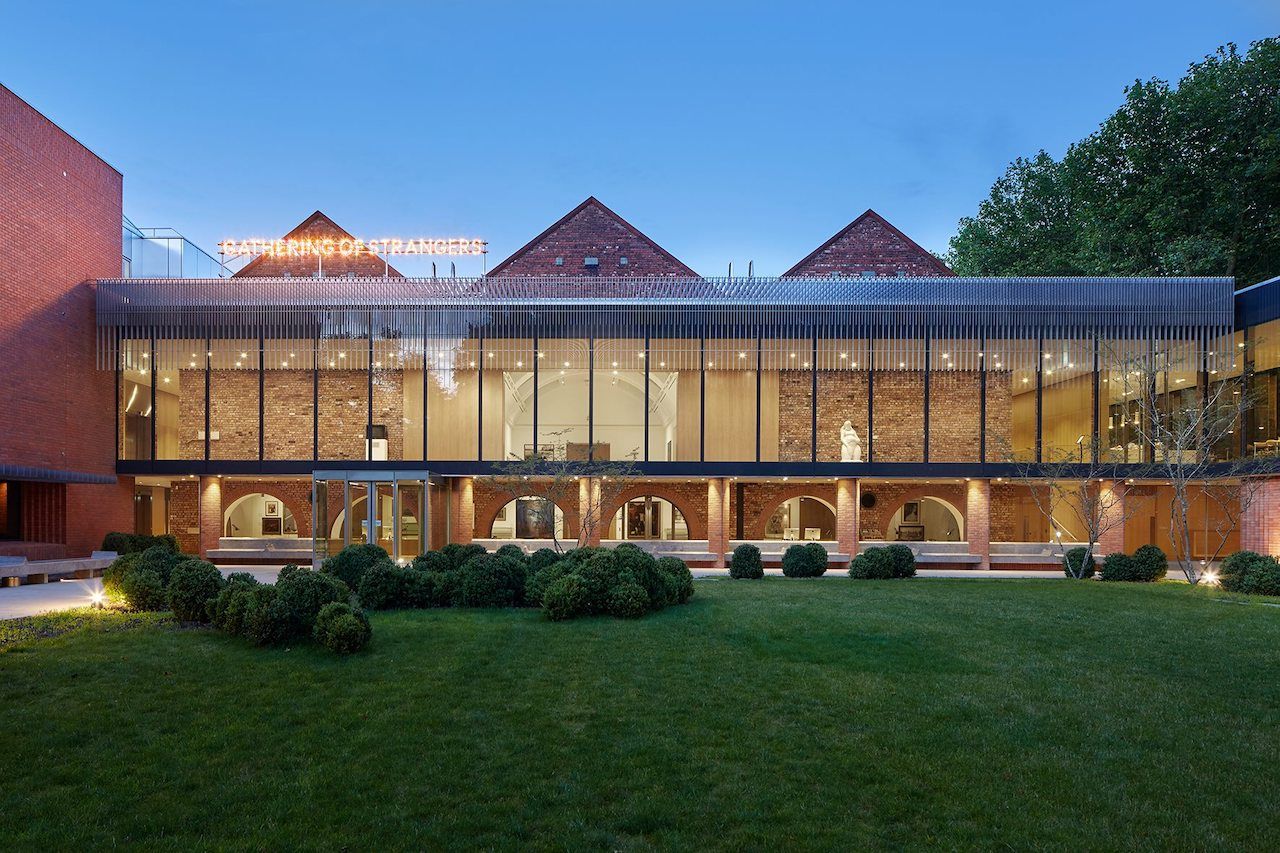 Whitworth Art Gallery — The Whitworth Art Gallery is located south of the city center, past the spikes and columns of the University of Manchester. Free to visit and open daily between 10:00 AM and 5:00 PM, the Whitworth was established as a gallery for the common folk over 120 years ago, and it has maintained its mission ever since. Set back from the clamor of Oxford Road, the outside of the building is imposing and solid — redder than a firetruck and grander than a piano. Inside, there are galleries of textiles and prints and paintings by artists of international significance.

Central to the gallery’s fame, though, is its collection of historic watercolours and drawings, which began life as a section of the Royal Jubilee Exhibition in 1887. The press gave such enthusiastic reviews for the display of Romantic English painting and drawing that the gallery became a beacon for 18th- and 19th-century works, including some by Thomas Gainsborough and J.M.W. Turner. The historic paintings are rotated in and out of the temporary exhibitions rather than being on permanent display, so check upcoming listings for what you can see.

One thing you can always see is the unrivalled collection of wallpaper, which is more interesting than it could possibly sound. The installation of giant glass windows in 2015 brought in a light which mellowed the hard stone. It also allowed for the redevelopment of a café, which serves excellent seasonal food and overlooks neighboring Whitworth Park. 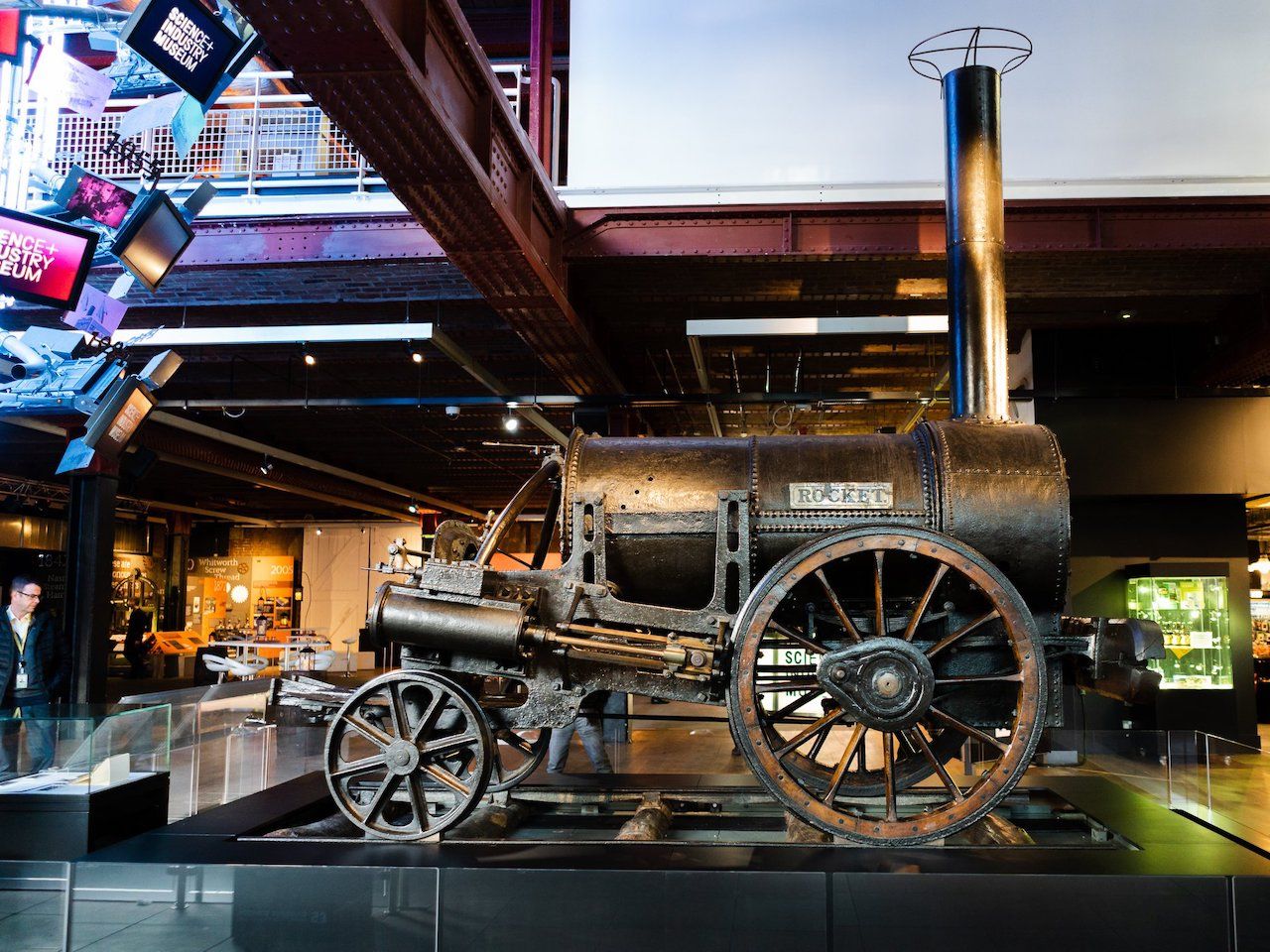 Science and Industry Museum — Manchester is a city of firsts: the first modern industrial city, first place the atom was split, home to the first digital computer. It’s a legacy that’s left the city with many old warehouses and a ton of scientific devices and machines that need exhibiting. The Science and Industry Museum, inside what was originally the railway terminus of the first inter-city railroad, uses these objects to bring to life the stories that created the modern world.

One of the most exciting exhibits is “Baby,” the room-sized computer from 1948 that was the progenitor for our modern Digital Age. Built by academics at the University of Manchester, “Baby” can now be seen in action when demonstrations are given by volunteers on Tuesdays, Wednesdays, Thursdays, and Sundays. In addition to the demonstrations, kids and adults are encouraged to explore and get hands-on with the other experiments, inventions, and innovations. It’s even got a mini steam train and a carousel. Entry is free, and the museum is open daily between 10:00 AM and 5:00 PM. 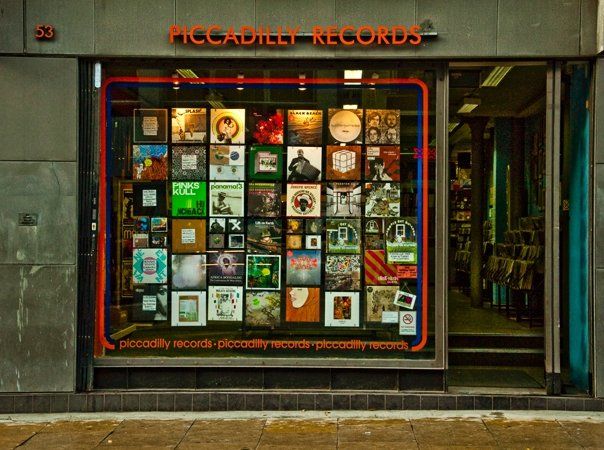 Oldham Street Shops — Music is so integrated into the history and culture of Manchester that visiting the city without finding some reference to important singers, bands, and albums is virtually impossible. There are plenty of musical landmarks, among them the Haçienda nightclub. Now a housing block, the Haçienda was the iconic venue that kickstarted dance music in the UK and played host to bands including New Order, The Stone Roses, and The Happy Mondays. Or there’s the Free Trade Hall, site of the 1976 Sex Pistols gig that launched punk music in the city and inspired The Smiths, Buzzcocks, and Joy Division.

You can find also music venues that’ll cater to most tastes every night of the week, but for those who want to dig deeper, check out the independent record shops that fill the area around Oldham Street. Piccadilly Records, Vinyl Exchange, Eastern Bloc, and Vinyl Resting Place in Afflecks — itself worth a visit for a rummage through a cornucopia of incense sticks and teenage goth paraphernalia — are all within a short distance of each other. Being a music lover in a Manchester record shop is a skilled career choice done by passionate, knowledgeable people. Ask them what’s going on culturally, and they will steer you right. 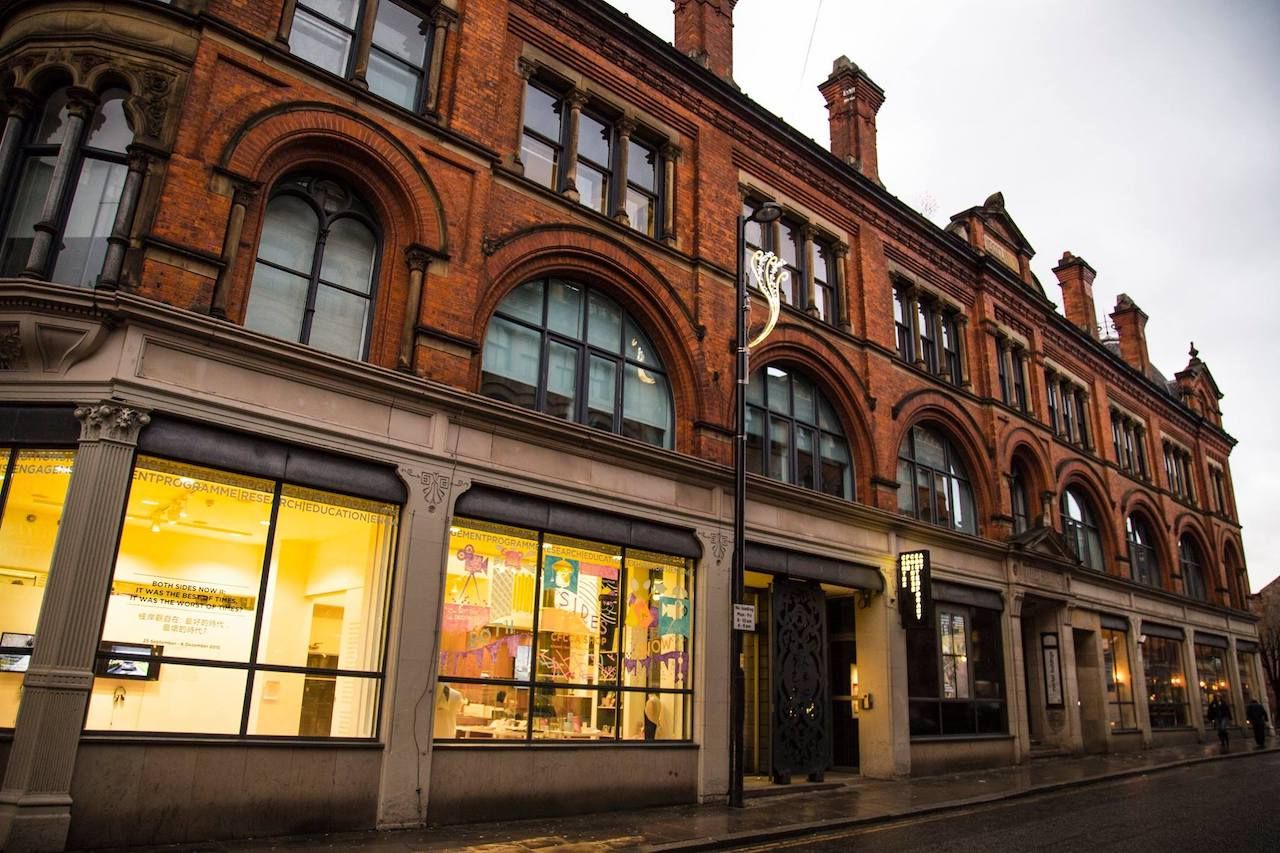 Center for Chinese Contemporary Art — Multiculturalism is a big part of Manchester, and Chinese communities have been part of the fabric of the city since the beginning of the 20th century. The first Chinese restaurant opened as far back as 1948, and the Chinatown area is the second largest in the UK. Away from the Asian supermarkets and the steaming enticements of noodle shops, however, the CFCCA offers a culturally vital representation of modern China. Among the elegant redbrick buildings of the Northern Quarter, the CFCCA is a progressive institution specializing in the work of emerging and established modern artists. Particular importance is given to those whose work provokes questions about Chinese identity.