Manchester is a city known for its raves, and though it’s smaller than many other rave-friendly cities, it bounces with the best in the world. There’s more to life than memories of the world-famous 1980s club The Hacienda, though. From electronic music in warehouses to local musicians in tiny clubs to swanky cocktail bars, there’s no end to the range of options taking place across town. Whatever your budget, your tastes, or your location, these are the best options for getting out and about. 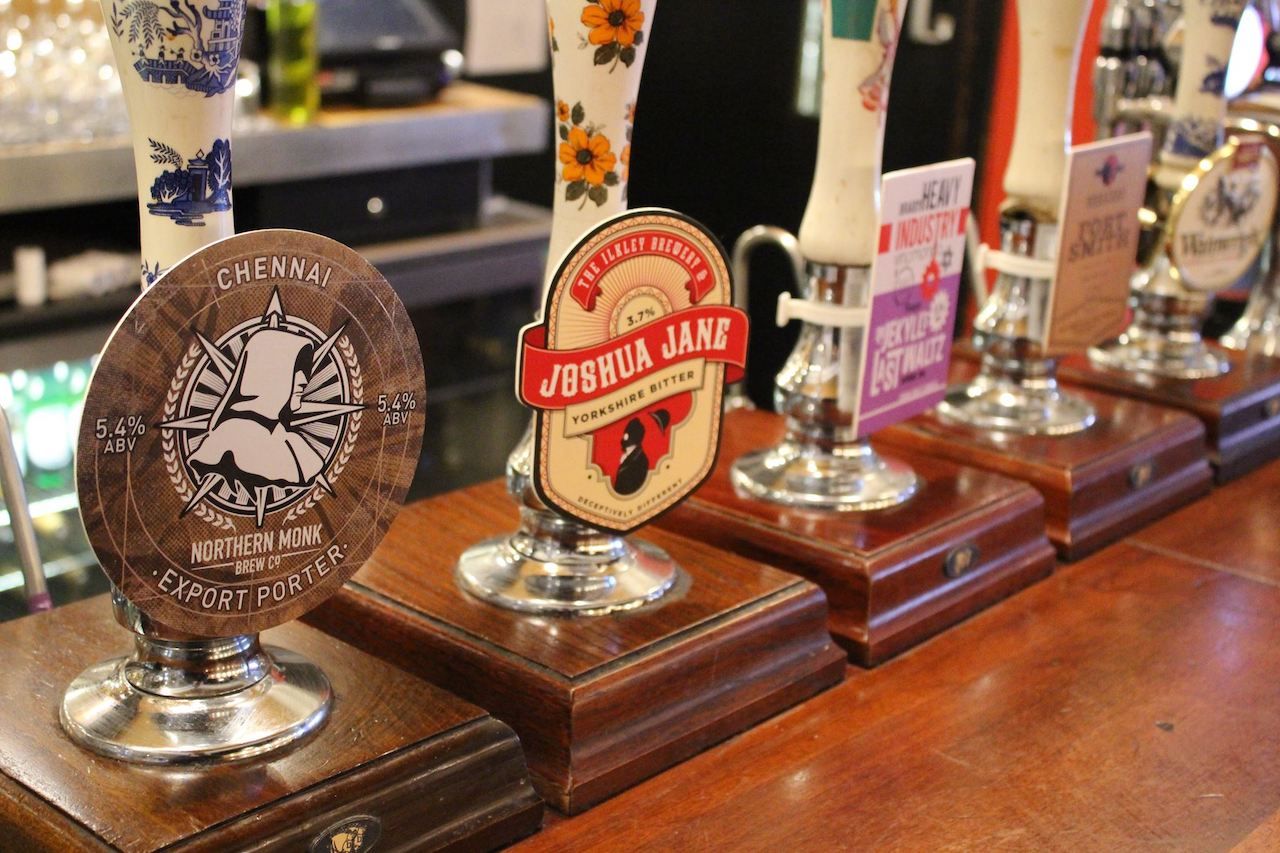 Electrik $$ — Chorlton is short on nightclubs, so a late-opening, good-time bar like Electrik is the perfect place to take care of all your food, booze, and music needs. Locals love it for the wide local and international craft beer selection, the secluded outdoor terrace, and the dynamite Sunday lunch, which is as generous as it is tasty. If you’re looking for a midday pick-me-up, Electrik has custom-roasted coffee. Each week there’s a popular “One Deck Wednesday,” where a range of local celebrities and musicians pick the music for the evening.

Dulcimer $$ — Much of the success of Manchester’s musical history lies in its diversity, and Dulcimer is a celebration of this. A bar that’s well-known for live music and DJ nights, Dulcimer covers everything from folk and open-mic nights to Afrobeat and soul. The glue holding it all together, though, is the commitment to high-end beer and spirits. Let the bar staff recommend what’s best in the current lineup of drinks — they won’t steer you wrong. 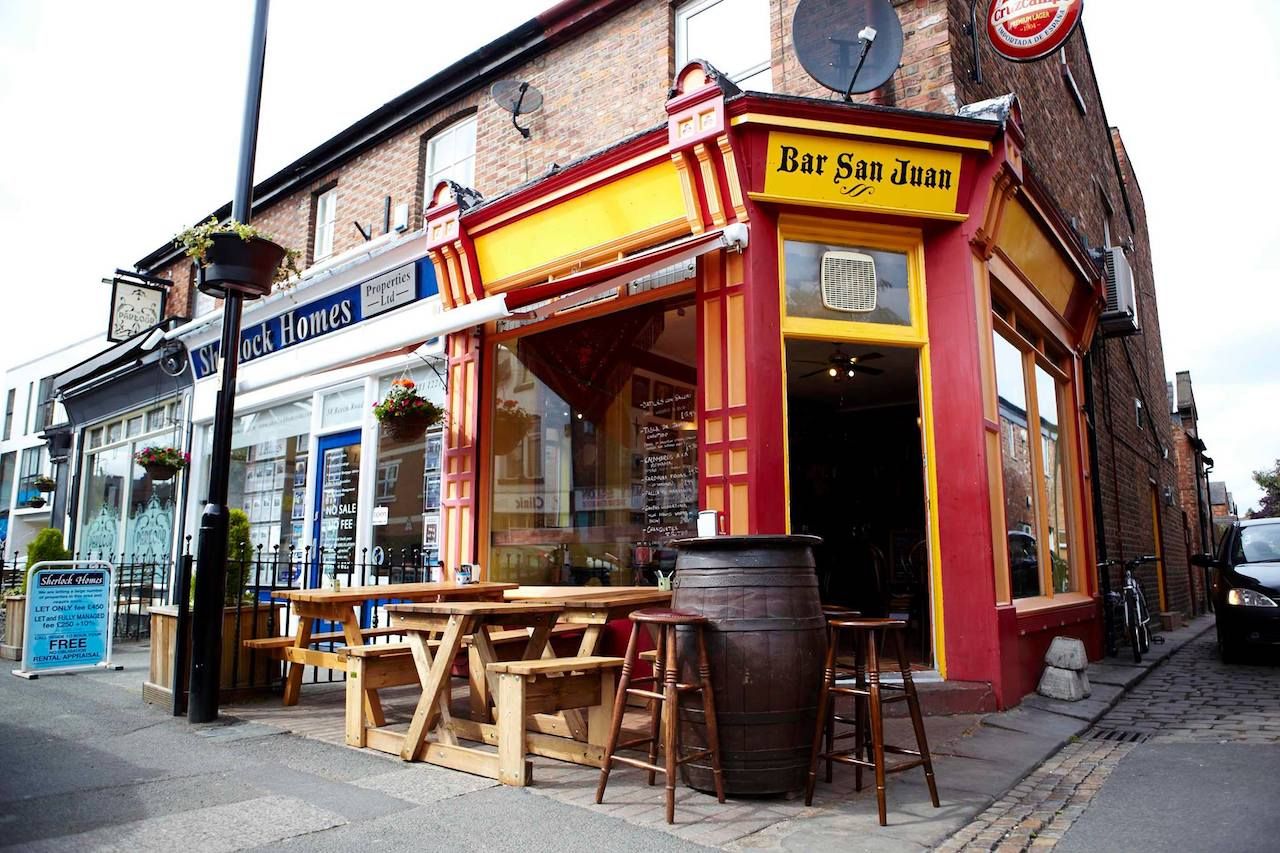 Bar San Juan $$ — In the tradition of the best Spanish tapas places, it’s hard to tell whether San Juan is first and foremost a restaurant or a bar. Yet the food is often just a pretext for standing shoulder to shoulder with boisterous locals and sharing glasses of Sangria and cold Cruzcampo beer. In this tiny, eternally packed bar, you’ll find ornate and authentic Spanish decoration and terrific small plates of Spanish delicacies. 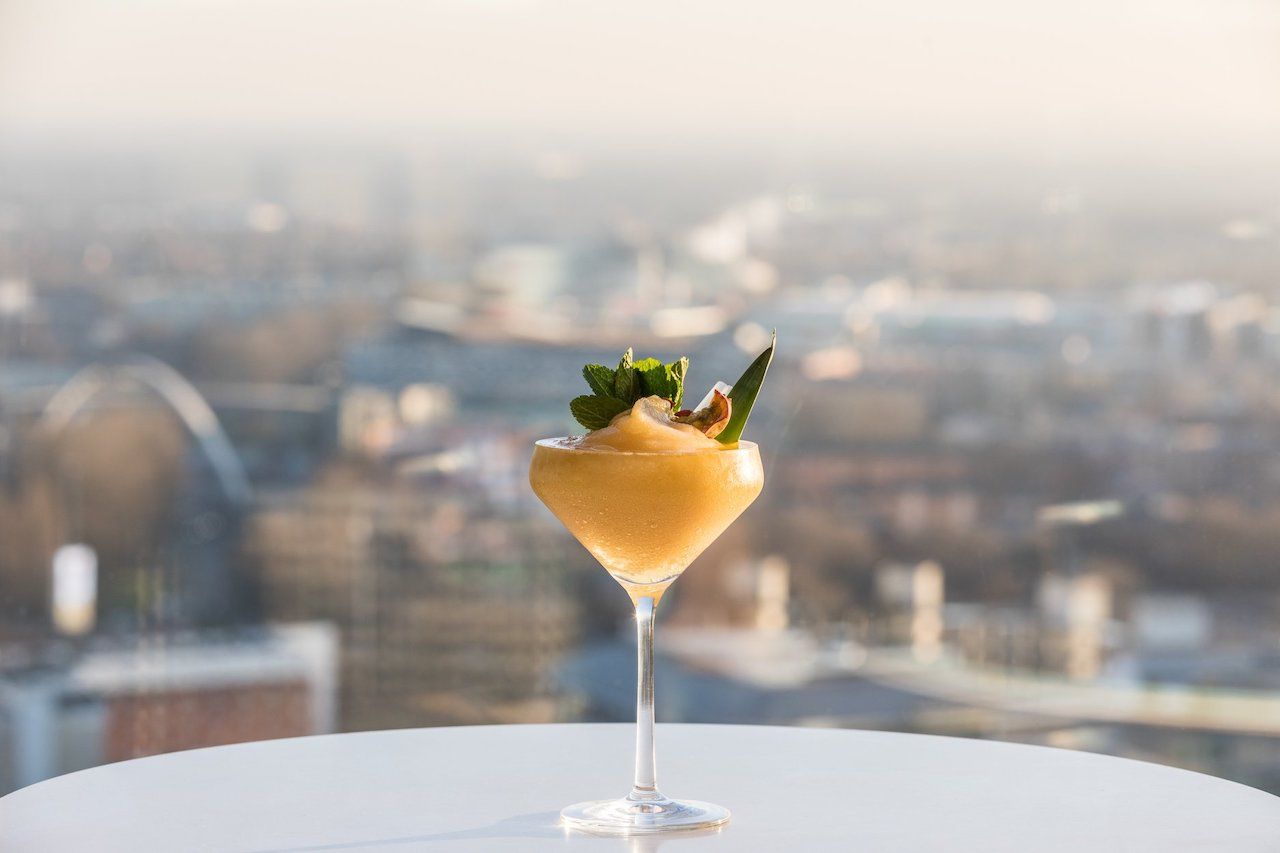 Cloud 23 $$$ — Skylines and sauvignon are on offer at Cloud 23, the swanky cocktail and Champagne bar in Manchester’s highest skyscraper. The panoramic views from the 23rd floor are the best in town, so lines are to be expected and booking in advance is a must. Put on your smartest clothes and take an elevator up to the stars for a refined evening.

Mojo $$ — A mini-zone of tropical looking, neon-flecked dive bars has been quietly growing down in the little corner of town where Bridge Street crosses the River Irwell. The pick of the bunch is the long-standing Mojo, a cocktail and rum bar that sits upstairs from the unmistakable decor of Crazy Pedro’s pizzeria. With its loud jukebox, casual patrons, and classic cocktail selection, Mojo raucously justifies its “Music for the people” motto. Just watch out for those stairs on the way out — Sours and steps can be a dangerous mix. 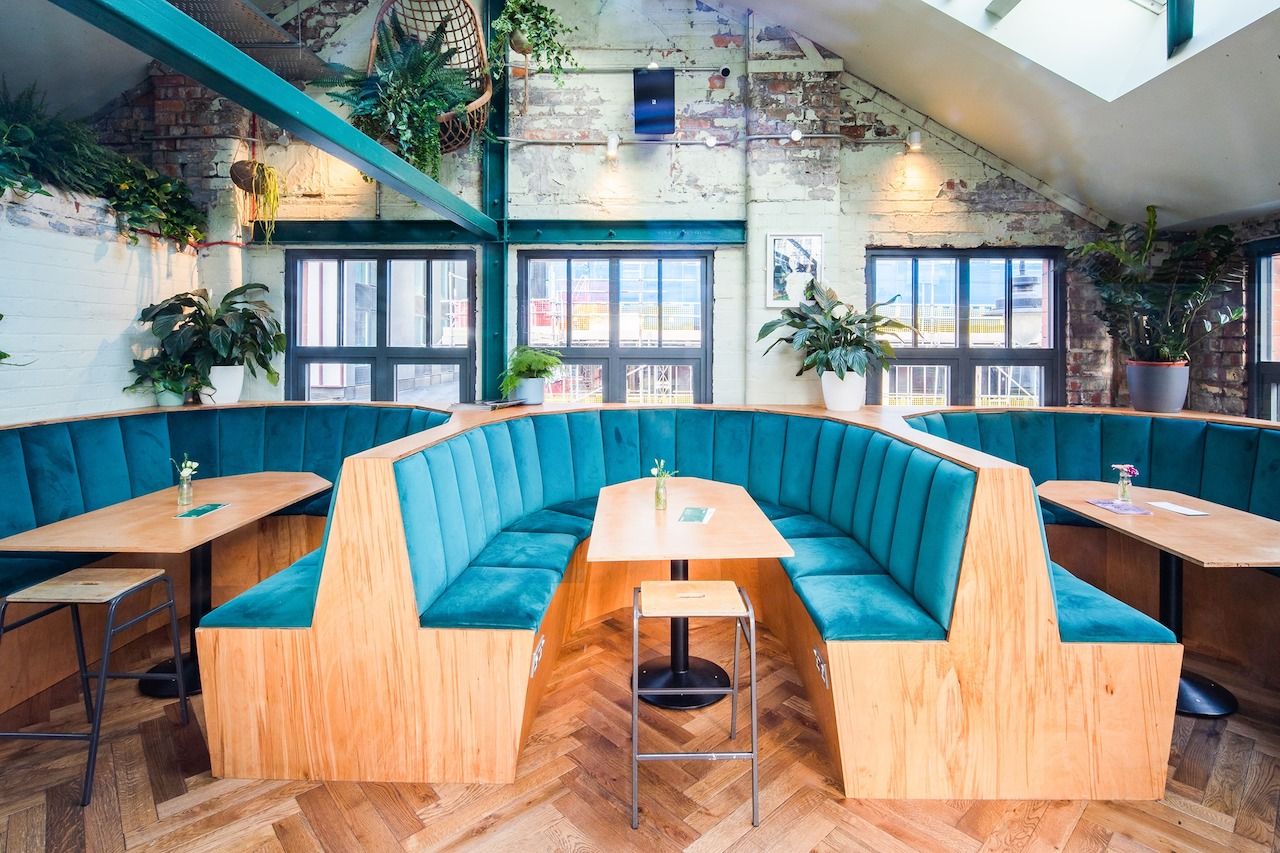 YES $$ — If the city center has places that aspire to be Manhattan-style cocktail bars, then YES is a Brooklynite haven of bare brick rooms and spiky energy. It’s much more than just one of the best live music venues in the city, though, it’s a four-floor social club for the casually fashionable that also hosts club nights, yoga, and film showings. On the ground floor, there’s the wonder that is Firebird Hope, where you’ll find a fried chicken sandwich that’s one of the best bites in Manchester right now.

Gorilla $$ — In the arches underneath the train tracks, Gorilla’s blend of kitchen and club draws a merry band of drinkers, diners, and dancers who come after work and stay until the wee hours. There’s a gin bar for sophisticates, and the overall vibe is a smart, casual blend of leather couches and dark wood. The live band areas get packed late in the evening, with top-drawer performers and club nights featuring some of the best DJs visiting the region. The food is good, too. 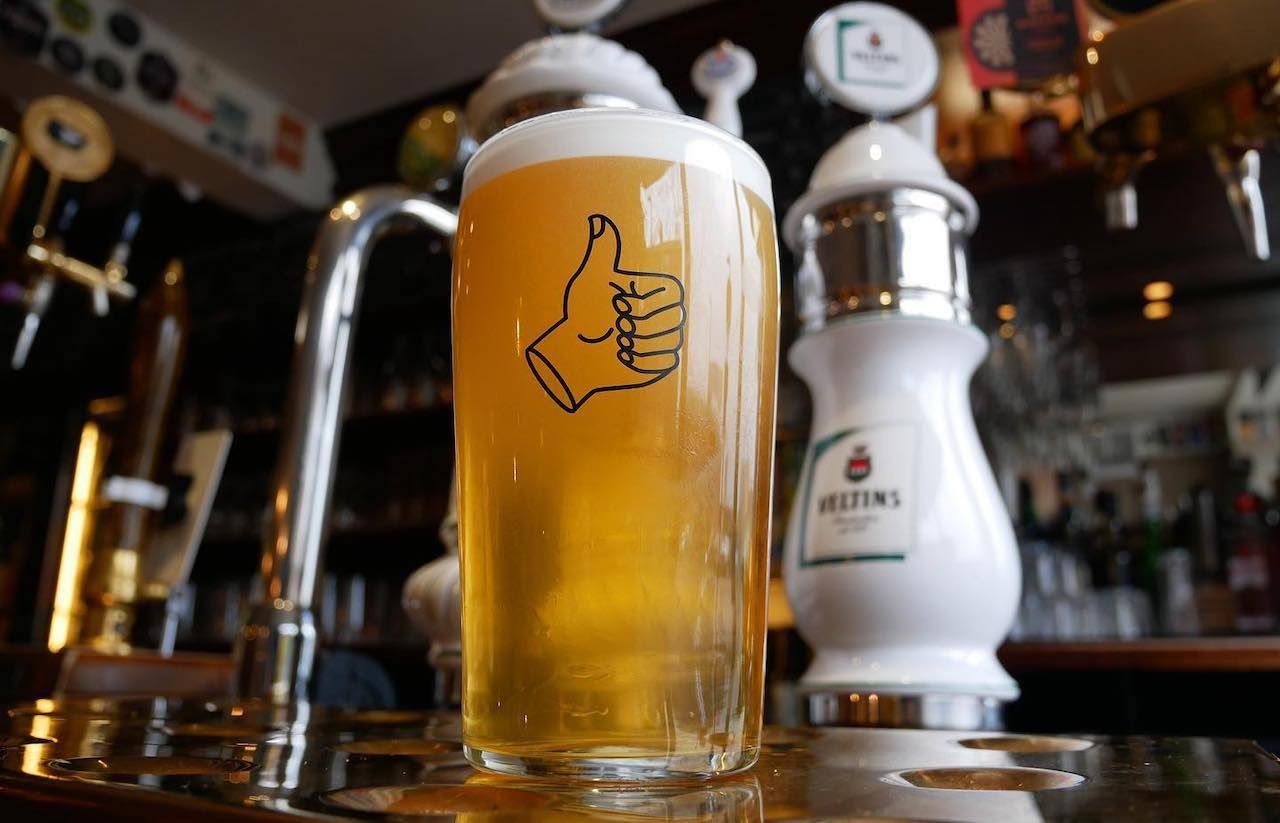 Port Street Beer House $$ — An unassuming exterior hides the beery delights that dwell within this Northern Quarter ale den. A simple and casual main room combines with a sociable beer garden out the back so you can find your perfect beer come rain or shine. Don’t come for cocktails or crudités, this is one for people looking for an unparalleled curation of beers with friendly, like-minded patrons.

Matt and Phred’s $$ — Although it brings in acts from across the musical spectrum, Matt and Phred’s has been Manchester’s foremost jazz venue for many years. With an easy-going late-night vibe, it’s an ideal place whether you want pizza and beers, finger-clicking live music, or late-night dancing. 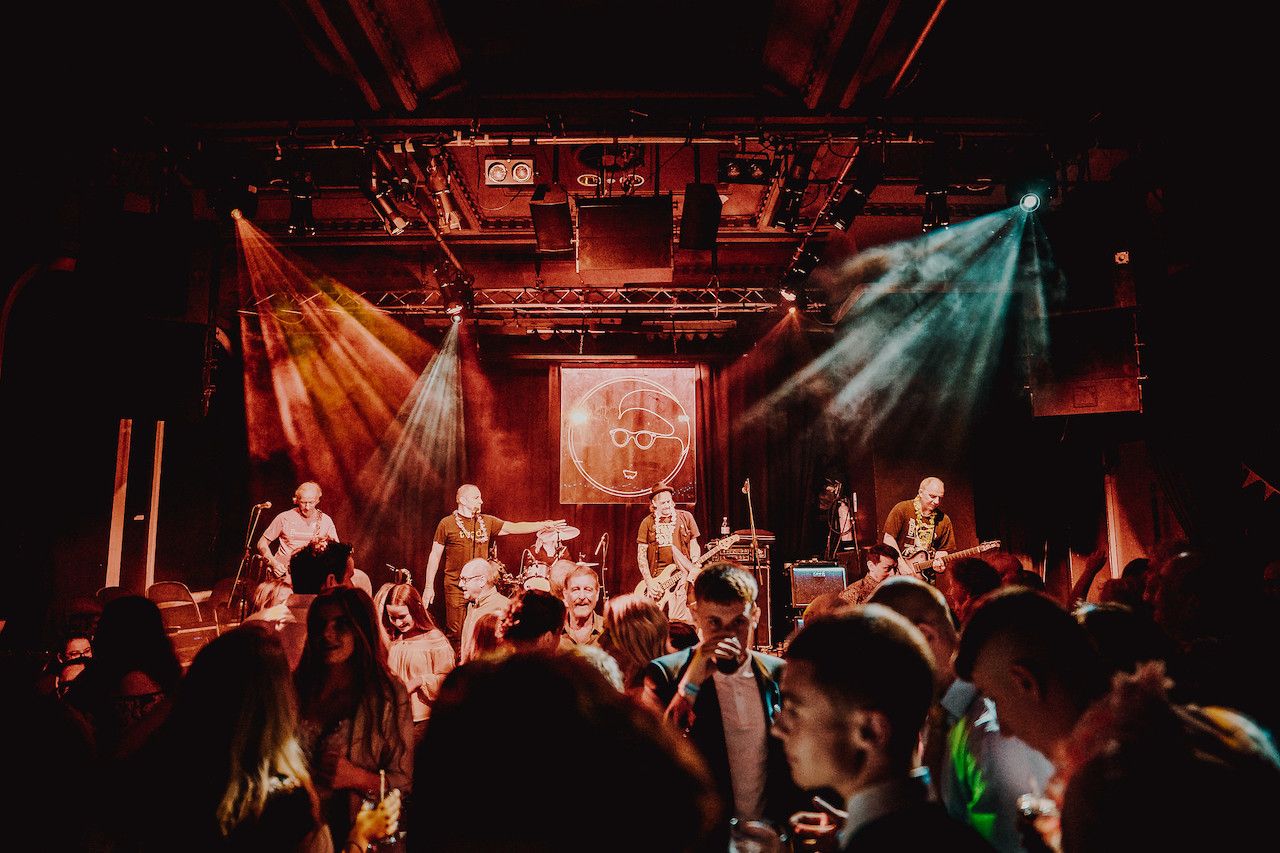 Photo: Band on the Wall/Facebook

Band on the Wall $$ — As much a cultural library as a venue, Band on the Wall has been putting on Manchester’s widest selection of acts for decades. The bar was pivotal to bands like Joy Division and The Fall, and nowadays you’ll find everything from folk to hip-hop in a smart room with a great sound system and an enthusiastic crowd.

Soup Kitchen $$ — A bohemian canteen vending healthy(ish) soups, salads, and hearty bowls by day and a bar and nightclub that ranks with the best by night. The music covers local DJs who spin danceable tunes and a massive range of niche international electronic artists. Even if you don’t recognize the acts, it’s a good place to try something new and see what the cool kids are listening to. 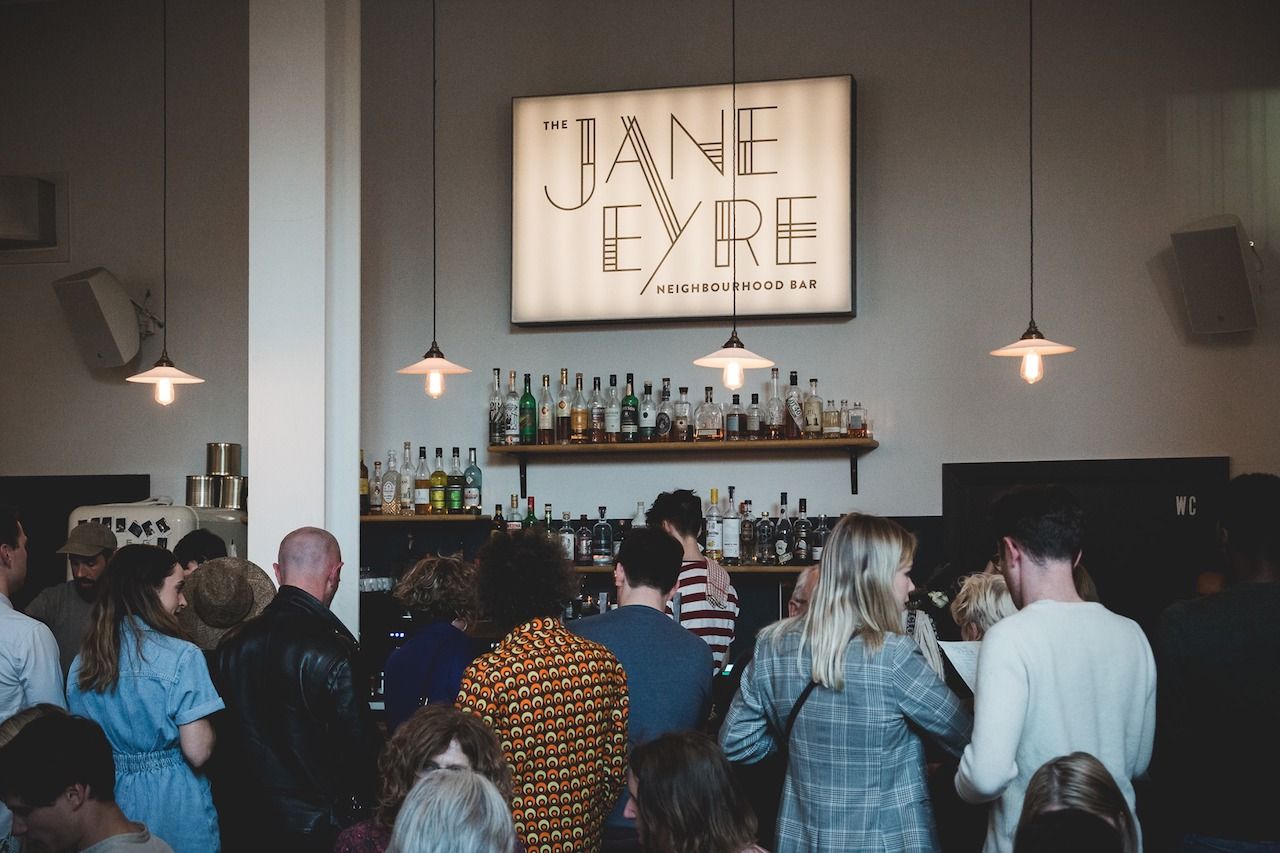 The Jane Eyre $$$ — A neighborhood cocktail bar and kitchen that’s won the hearts of Ancoats residents for its inventive small plates and classics-inspired cocktail list. Visit The Jane Eyre for serious cocktails of vermouth and gin without the sparklers or fish bowl theatrics. The bar feels warm and open, with big windows and the constant hum of happy punters.

Hidden $$ — While not technically in Ancoats (it’s just beyond in Cheetham Hill), Hidden is a late-night club that’s worth finding. The atmosphere is raw and rugged house and techno in a derelict old mill in an unlovely part of town. Don’t let that put you off, though. If it’s dancing you want, then Hidden is a must.

Crown and Kettle $ — There’s a strange alchemy that goes into making a good pub. Friendly service, an interesting building, quality products – these are just some of the things people want. To become known as one of the best, though, you’ve got to combine several of these, something which, according to Britain’s pub masterminds Campaign for Real Ale (CAMRA), the Crown and Kettle does. A dramatically decorated bar inside a historic building, this is one for pushing lazy afternoons into boisterous evenings. 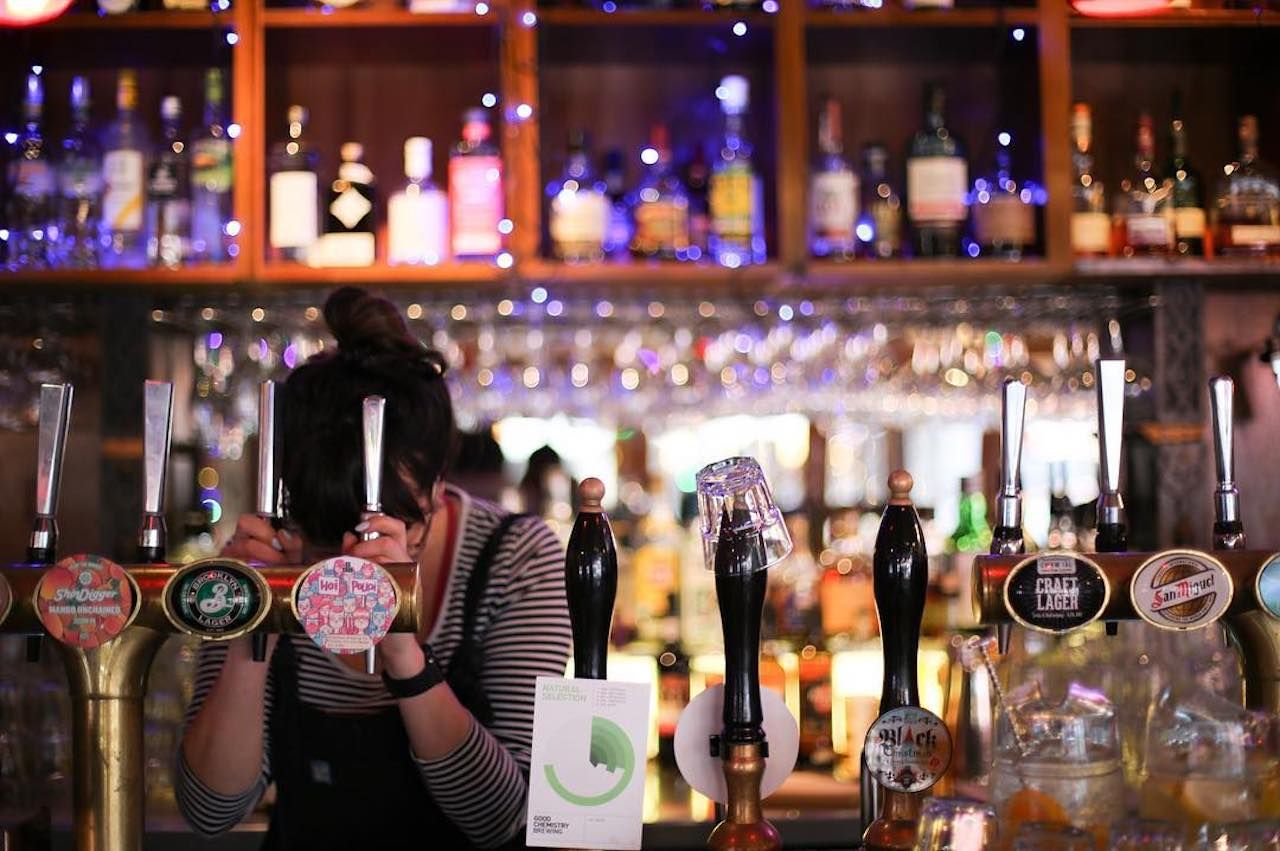 Folk $$ — A casual neighborhood diner and bar that’s become a real destination for the people of south Manchester. Folk’s interior sparkles with chrome lights over ‘70s diner-style dark wood paneling and sleazy leather seats; the outside, on the other hand, is a cheery, rustic terrace packed with locals seeing and being seen.

The Drawing Room $$ — Burton Road isn’t short on excellent places to eat and drink, but if you’re looking for something a little bit more interesting, then The Drawing Room is a good bet. A tiny, buzzing cocktail bar that wouldn’t be out of place on New York City’s Lower East Side, it has one of the best and most extensive jukeboxes in town along with a cosmopolitan atmosphere that goes on until late.