Manchester’s industrial fathers may have given it tons of architectural character, but they also paved over all the green shoots and pushed the parks to the outskirts. Yet although there are just a few green spaces in the city center, leafy river walks and manicured parks are just a short tram or bus ride away. A little further out, the options expand into the lush grounds of stately homes and hilly rambles that end in country pub food and well-earned pints. Here’s a guide to some of the best natural features on offer in and around Manchester. 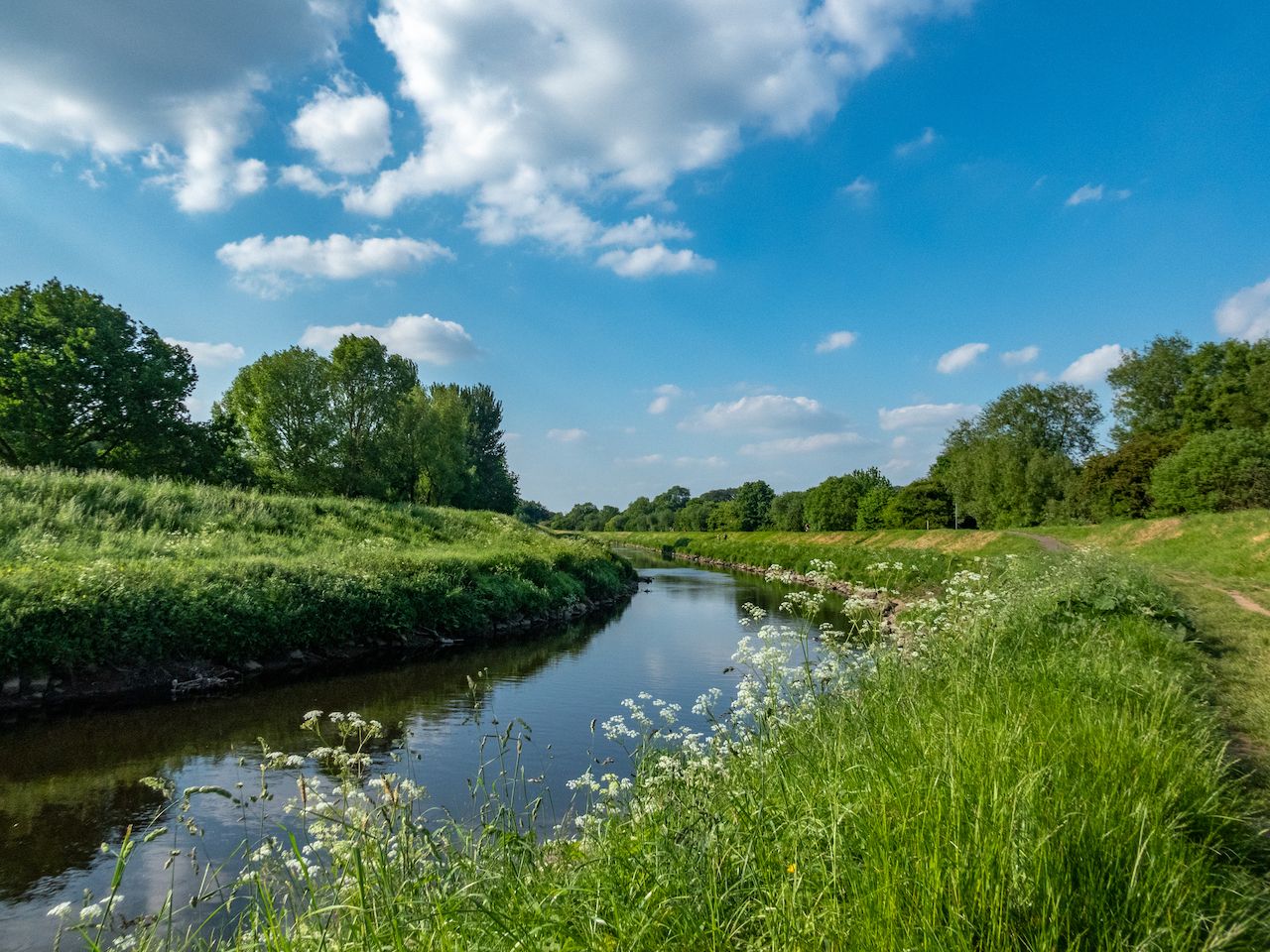 The River Mersey — Manchester is known for three rivers — the Irk, the Irwell, and the Medlock — but around the southern outskirts of the city is a fourth, the Mersey. On its way to the Irish Sea, the Mersey runs for many miles, and its winding pathways are always in use by walkers and cyclists. It’s largely unpaved, so if you do come on a bicycle, be prepared for some rough stuff. One particularly fine section for getting a flavor of the soft waters and grassy banks is from Manchester’s West Didsbury neighborhood to Parrs Wood. Access the path from Stanton Avenue in Didsbury and follow the river southeast until you hit the Waterside Hotel for refreshments. 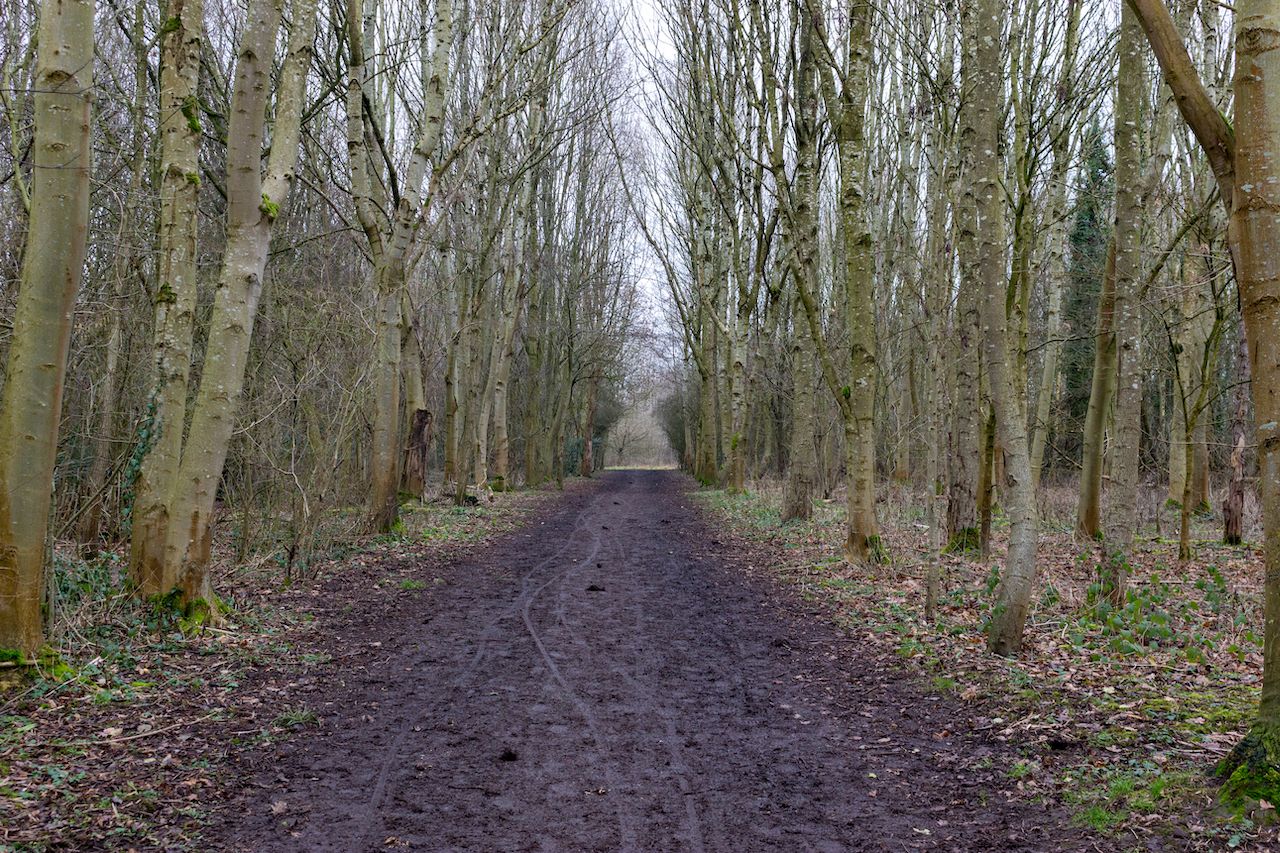 Chorlton Ees — Once you’ve finished wandering the streets of the leafy Chorlton neighborhood, stroll across to Chorlton Ees, a woodland area and nature reserve where you can look for wildlife or walk the popular riverside paths alongside the River Mersey. In winter, the ash, hazel, willow, and other trees lose their bright fall foliage. Is summer, though, the open meadows are thick with wildflowers and butterflies, while the forested area and its marshy grasses have roaming foxes, amphibians, and even the occasional bat careening through the canopy. The best place to enter is from Chorlton Green at the end of Beech Road. 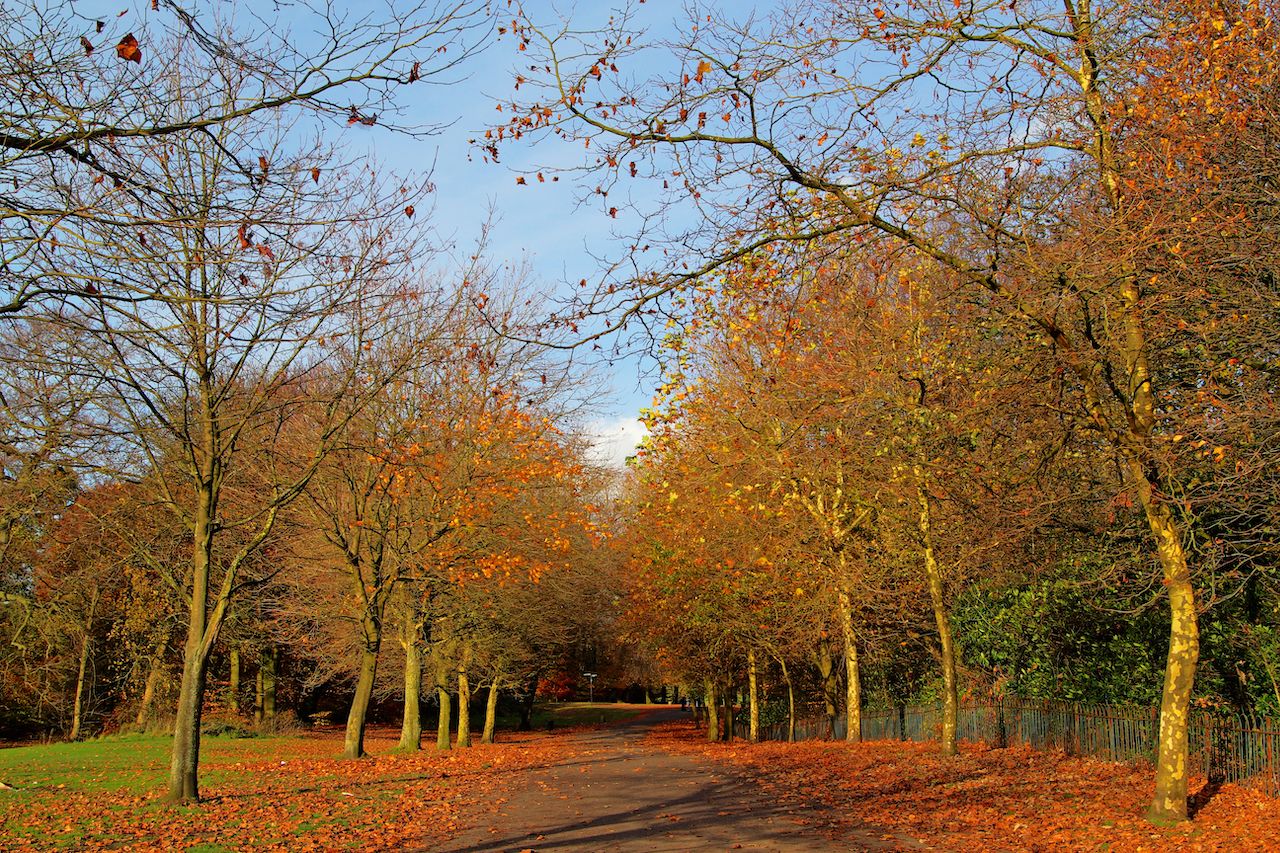 Heaton Park — By far the biggest and most consistently used green space is Heaton Park to the city’s north. From 8:00 AM to dusk each day, the park is filled with visitors engaged in activities and sightseeing, or just lounging around on the grassy slopes. In addition to orienteering courses, a petting zoo, rowing boats, and free playgrounds for children, the park is also home to cultural events such as music and food festivals. A particular highlight is the tram museum, which has its own working fleet of cute retro vehicles that you can ride in on Sundays for a small fee. 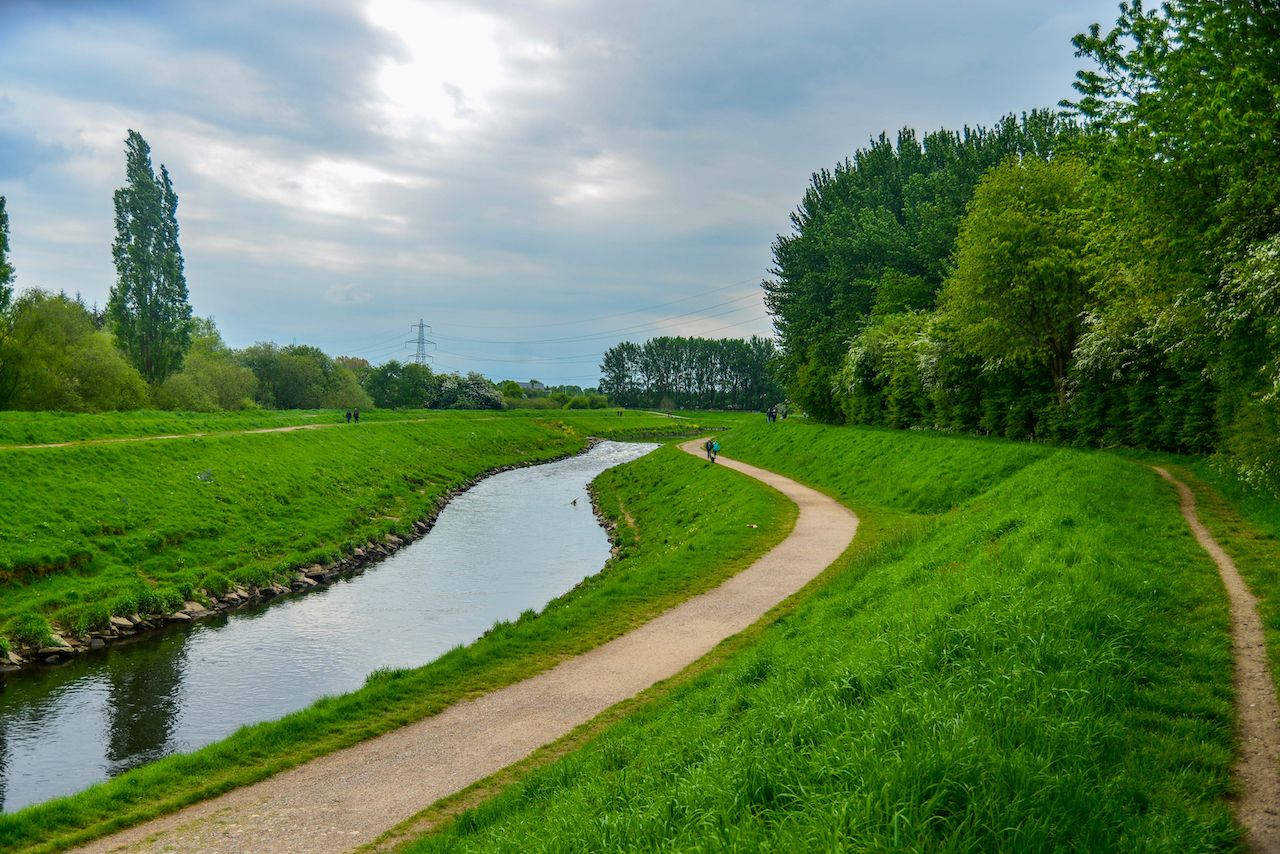 Sale Water Park — If messing about in boats interests you, then the activities on offer at the Trafford Water Sports Center will be worth the tram journey to Sale Water Park station. You can sign up for lessons for all kinds of watery shenanigans, including kayaking, sailing, and paddle boarding. They also run courses in archery and the tremendously dangerous sounding “rocket launching.” The trip out to Sale is also worth it for the woods and trails. If you get hungry for lunch, Jackson’s Boat is a good option, plus you can rent bikes from the Bike Barn next door. 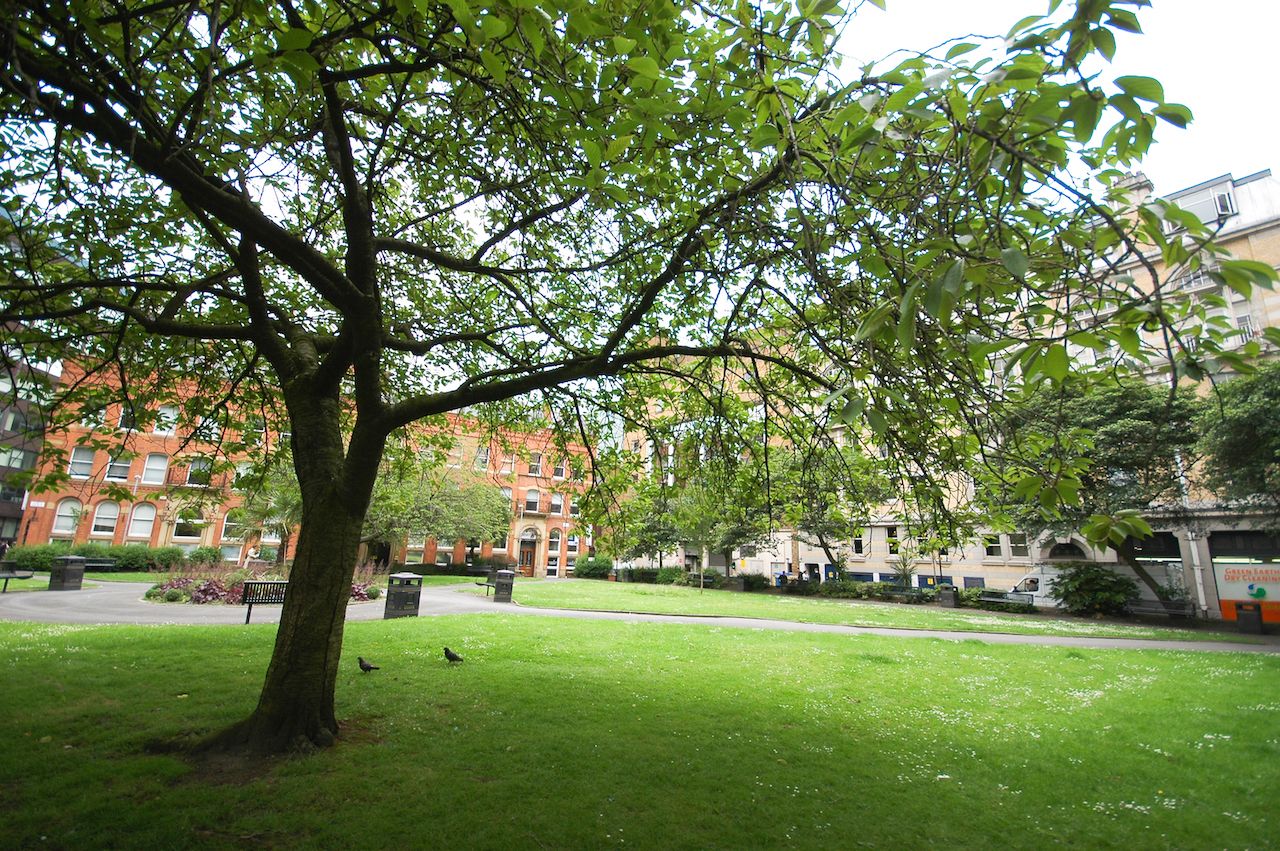 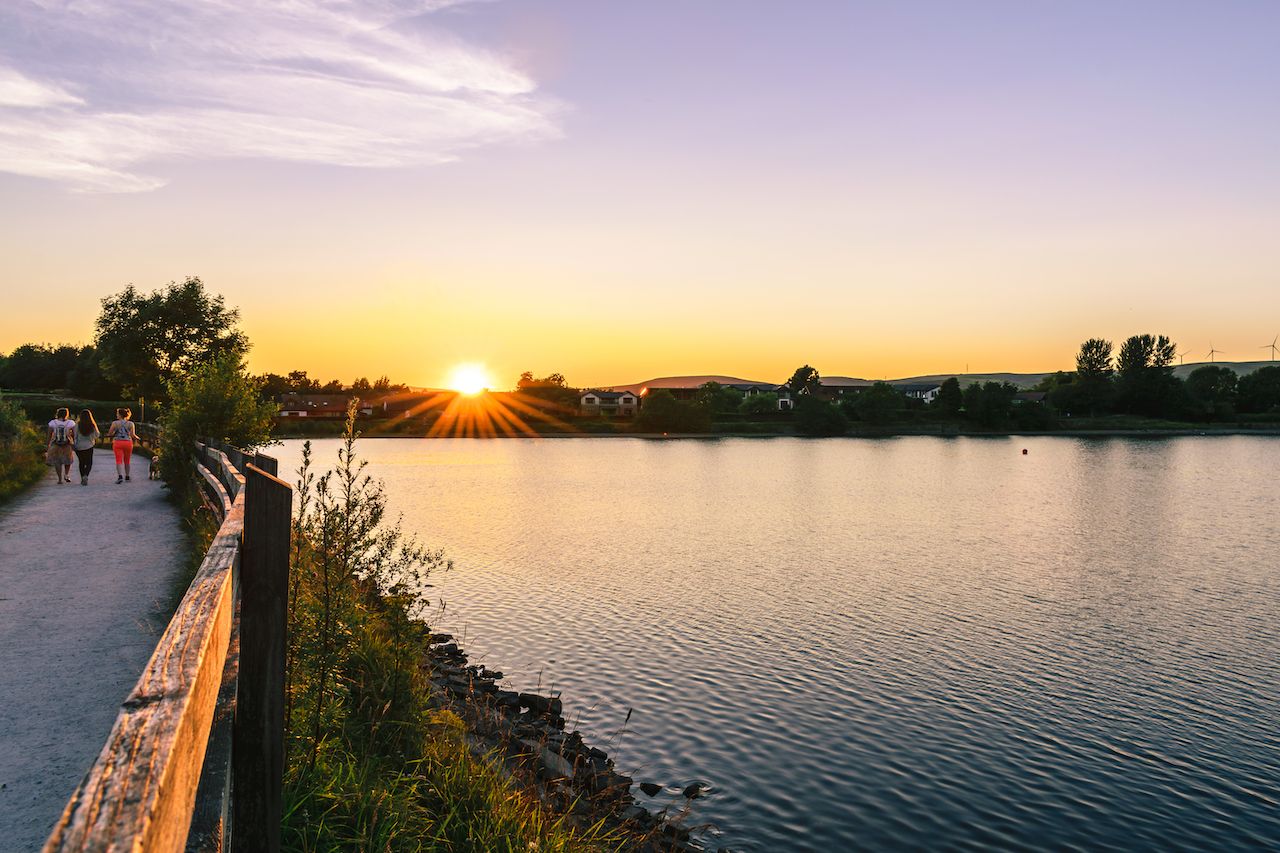 Hollingworth Lake — Take a 20-minute train ride northeast from Manchester Victoria to Smithy Bridge station and find a seaside substitute in the form of Hollingworth Lake. If you’re inclined to be energetic, activities like canoeing and windsurfing can be done through the Link4Life center — but the walk around the reservoir is also an easy and pleasant 2.5 miles. It’s a charming place that was once thought of as the “weavers’ seaport” because it was a quick getaway for local workers who didn’t have the cash to reach the seaside. There’s even a little fish and chip shop, an ice cream parlor, and an amusement arcade for an authentically English holiday experience. 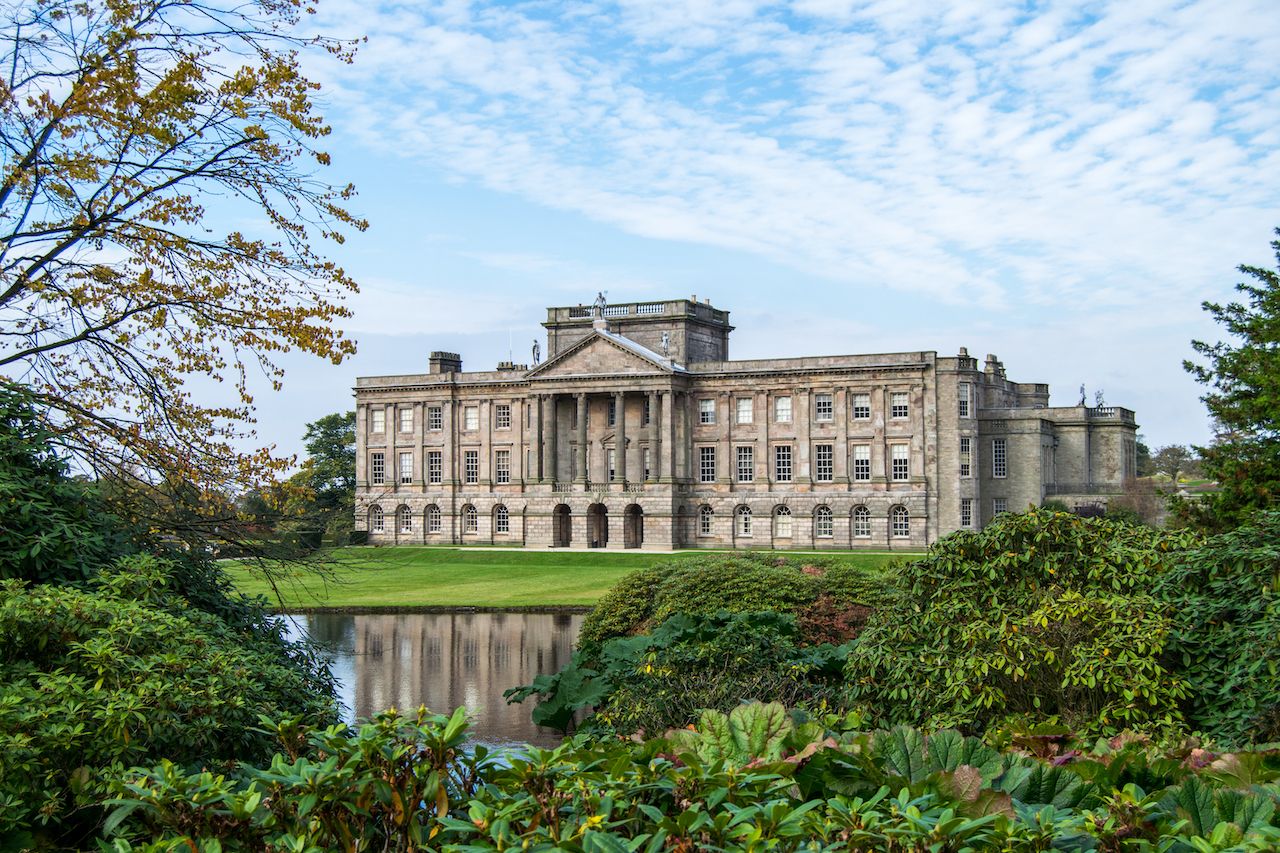 Lyme Park — One of the real glories of the countryside surrounding Manchester is thankfully also one which is accessible by a short train journey. It’s just over half an hour from Piccadilly to Disley, a stone village on the western periphery of the Peak District National Park. Next to Disley is Lyme Park, a 1,400-acre parkland estate belonging to the National Trust. The estate is free to visit, but you can also pay to enter the lavishly decorated Regency mansion and the manicured gardens. The estate covers an unbeatable range of experiences, from walks through wooded glades that burst with seasonal wildflowers to open plains where herds of red deer run. If you were a fan of the BBC adaptation of Pride and Prejudice, then note that this is also the place where they filmed the famous scene where Mr. Darcy emerges dripping from the freezing pond. 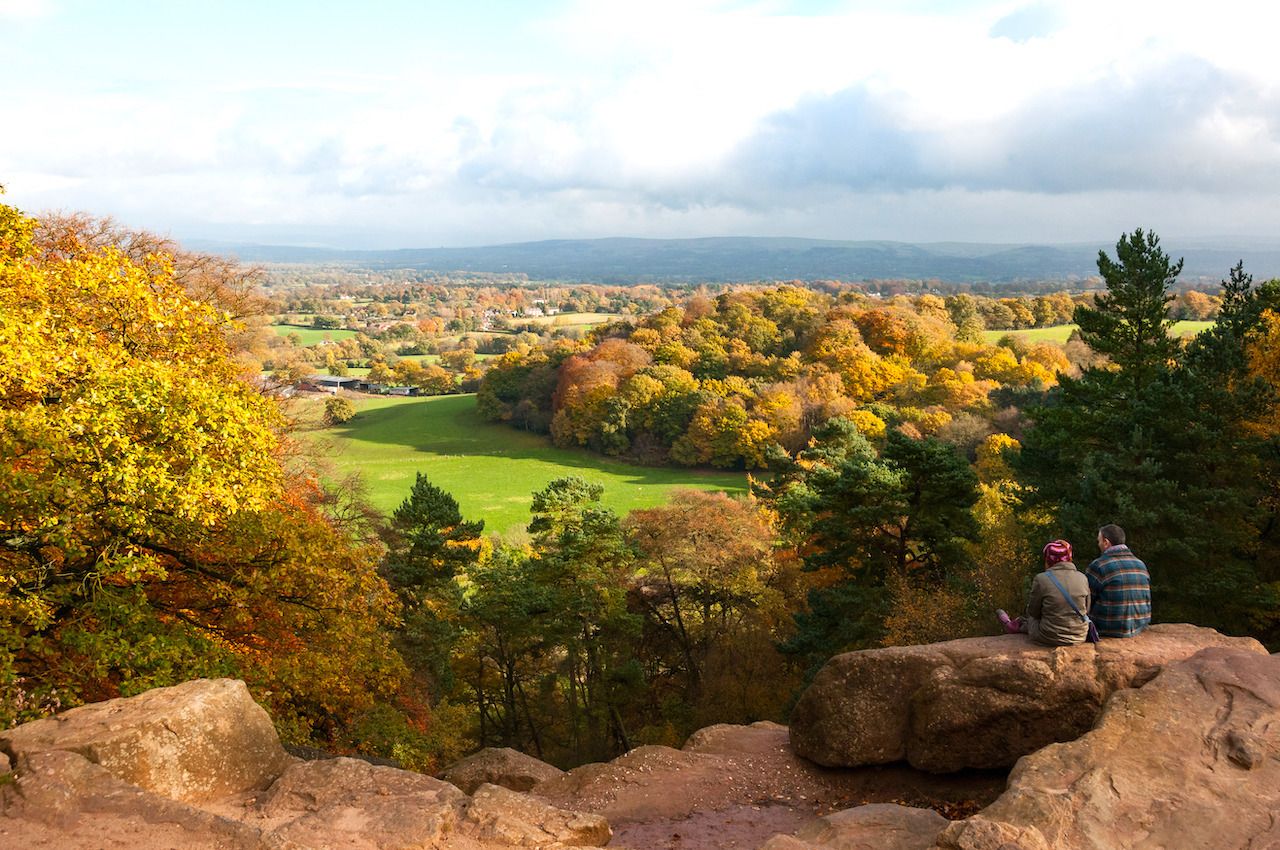 Alderley Edge — Another National Trust property, just beyond the limits of southern Manchester in the neighboring county of Cheshire, Alderley Edge is a village famous for being home to scores of Ferrari-driving footballers. Just beyond the clusters of million dollar (and then some) houses, though, is the Edge itself: a red sandstone cliff that overlooks the woods and fields of the county. Numerous popular walks run through the forest, some hilly and strenuous, some more gentle. All of them will take you through some of the area’s best and best-loved countryside. If you like dogs, then the pedigree chums of the area will definitely be there to keep you company, as it’s a number-one spot for dog walkers. There’s also a sweet tearoom where everyone finishes up for coffee and cake. 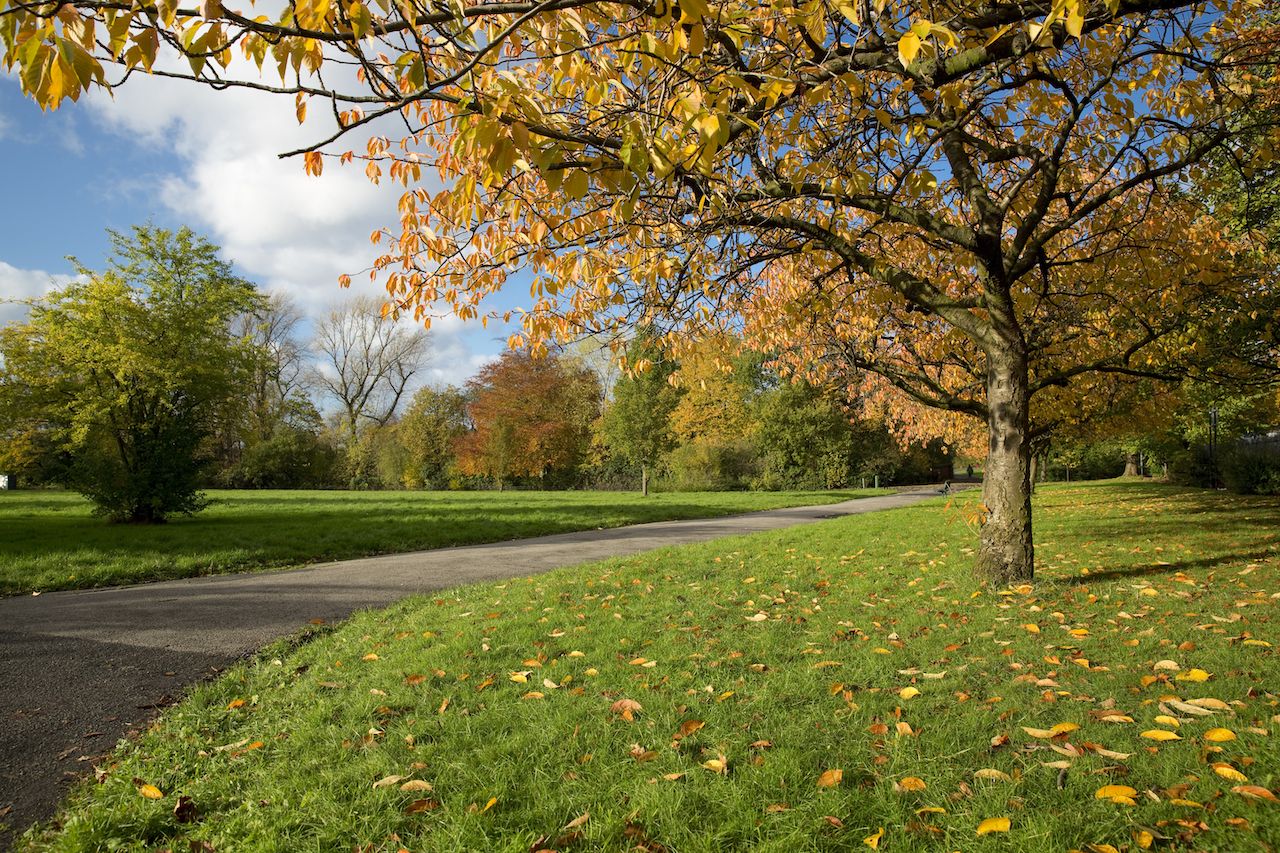 Fallowfield Loop — For many cyclists, the Fallowfield Loop in south Manchester is not just a handy route to and from work but also a pleasant, traffic-free path that passes through lots of suburbs with the accompaniment of greenery and the occasional squirrel rather than potholes and beeping cars. It’s easy to do the whole five-mile path by bike, but there are also lots of good points to walk, such as the section from Chorlton to Levenshulme, where the profusion of wild blackberry bushes at the end of summer means the way is regularly packed with locals foraging for fruit. They’ll be happy if you join in, too.