Locals used to refer to Vancouver as “no fun city.” That moniker is slowly wearing off, despite strict nightlife and alcohol laws paired with high commercial real estate costs. While a number of sterile corporate group bars and clubs have crowded out some of the really cool places, you can still have fun in Vancouver thanks to a number of cocktail bars, beer bars, dancing and live music venues, and circuit parties.

On top of that, Vancouver has a flourishing craft beer scene. Breweries and taprooms are concentrated in two main zones: Brewery Creek and the East Village. The greatest number of breweries are located in East Vancouver, which gave rise to the name Yeast Vancouver. You can easily visit them all on your own, which is best accomplished on bicycle, or you can take one of the Vancouver Brewery Tours.

These are the best bars, breweries, and clubs in Vancouver. 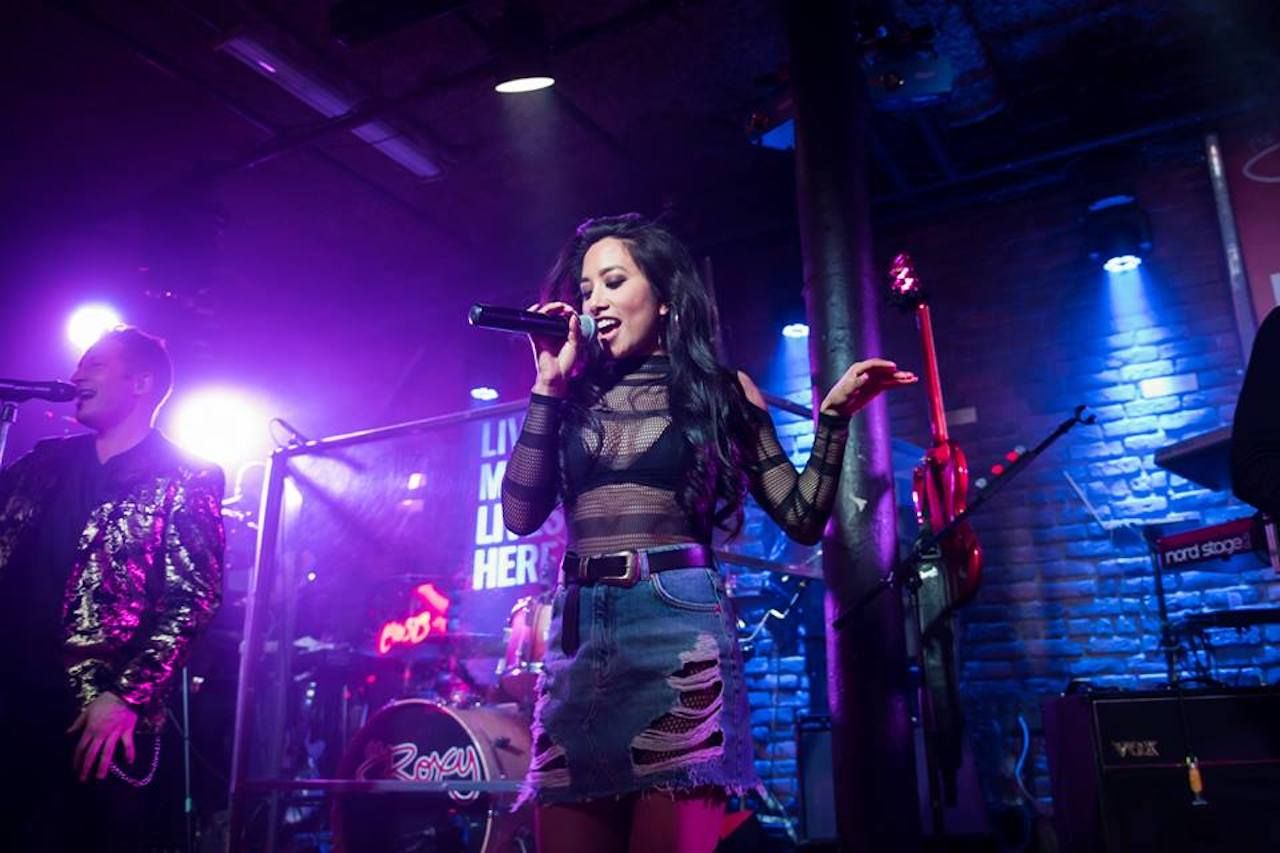 The Roxy — Granville Street, where The Roxy is located, is a sanctioned entertainment zone closed to all traffic except buses and taxis. This helps draw a lively crowd, especially on the weekends. The Roxy has a raucous vibe and draws a younger crowd with nightly entertainment, DJs, and live acts.

Commodore Ballroom — Try to squeeze a show at the Commodore Ballroom into your schedule. Live music events span genres: You are as likely to hear metal as jazz or electronic, so check the schedule because you do want an excuse to come to this venue for its century-old Art Deco interior and its huge bouncy dance floor. The Commodore also has booths, a full dinner service, and even a below-ground blowing alley — meaning you can make a whole night of it.

Prohibition Bar — One of the only lounges in town that has regular live jazz, the Prohibition Bar caters to an upscale, classy set. Drinks range from experimental (try the New Prohibition with pisco and coca leaf liqueur) to sophisticated twists on classics like the Negroni. The wine, whiskey, and spirits list make up for the thin variety of craft beer. It’s only open Thursday through Sunday, adding to the sense that you have indeed come to a special place.

Celebrities — Davie Street is the hub of Vancouver’s LGBTQ scene, and Celebrities has been the heart of nightlife for decades. The drinks here are relatively cheap, and there are often famous headliners onstage. 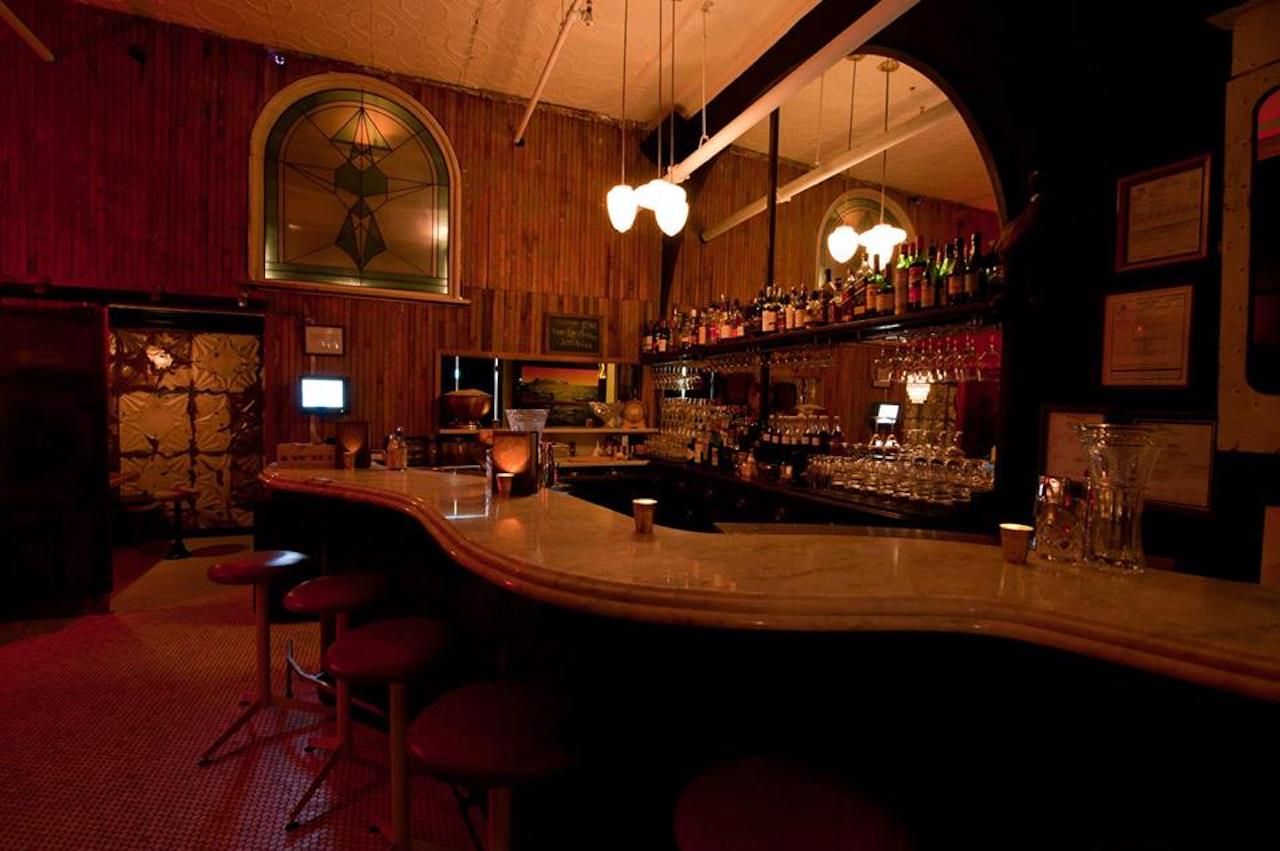 Clough Club — Attached to the Lamplighter is a hidden gem of a cocktail bar called the Clough Club. Tiny and intimate, the bartenders can whip up concoctions tailor-made to your palate preferences.

Alibi Room –Vancouver’s first real beer bar has the best beer selection in town, with 50 taps and a good whisky selection to boot. The owner is the same person behind Brassneck Brewery on Main Street, but the beer selection features a number of local breweries. There’s also wine and cocktails for non-beer drinkers. The food menu features ethically sourced meat, fish, and poultry, each with its own beer pairing. Reservations are recommended unless you don’t mind waiting to get a seat.

Shebeen — A hideaway known for its whiskey selection, Shebeen is part of a small local group including the iconic Irish Heather located nearby. The owner, Sean Heather, digs into his private stash and prices the bottles per pour based on rarity (some prices get really up there). Visit both bars and also Heather’s eatery, Salt Tasting Room. 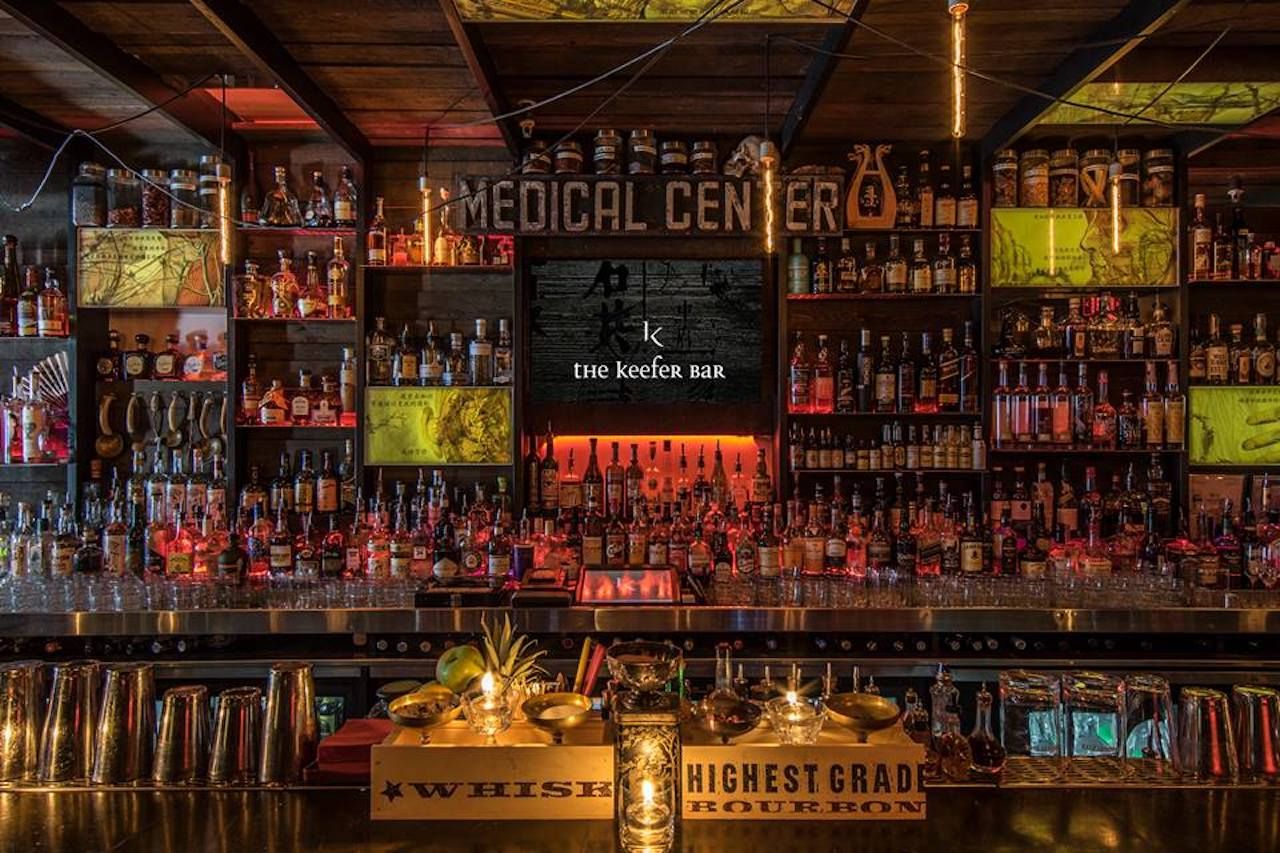 The Keefer Bar — If you only have time for one cocktail bar in Vancouver, make it the Keefer. Don’t even think twice. Take, for example, the Jade Dynasty (gin, mezcal, matcha, lemon, lime, bonito, sesame oil, and egg white). The cocktails use local herbs, spices, teas throughout the menu. Take note of the seasonal section of the menu. 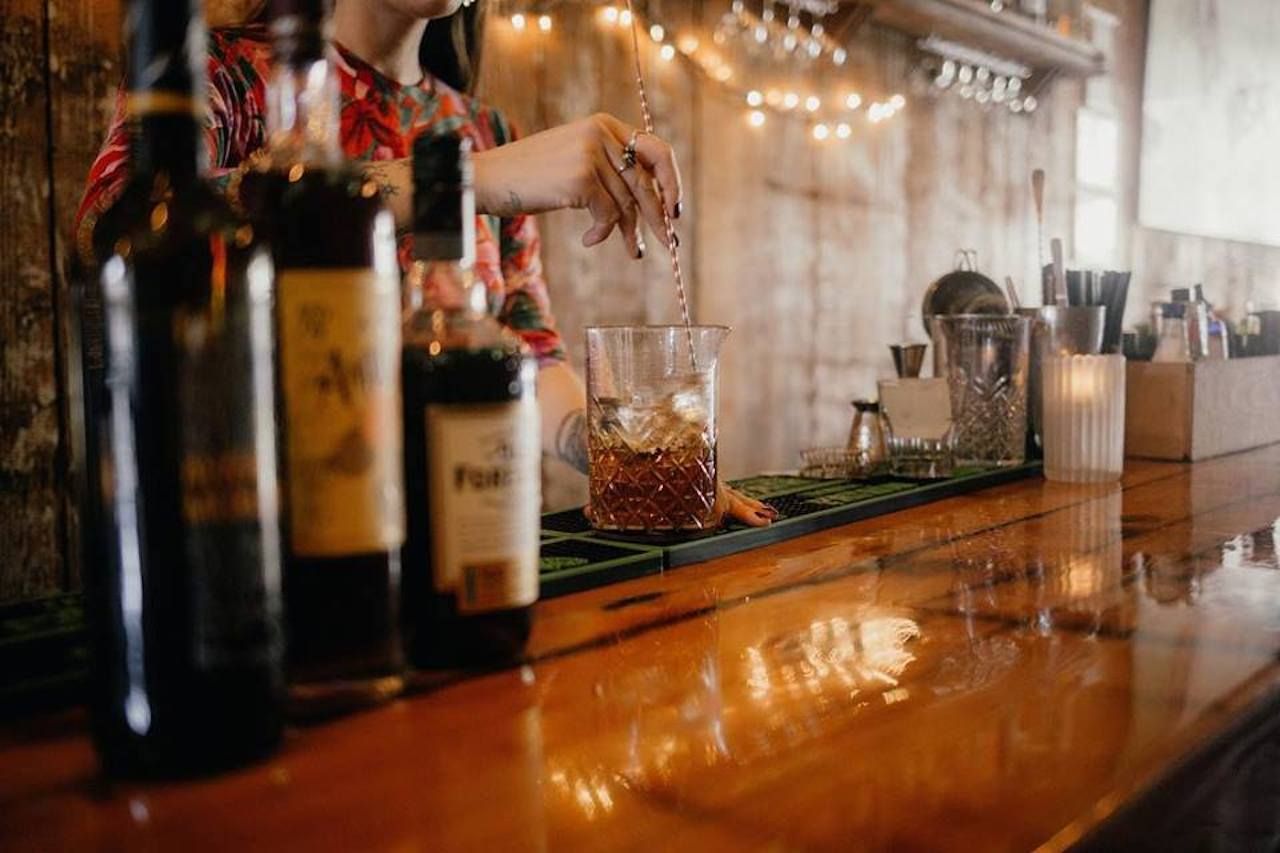 Boxcar — A bar with rotating seasonal cocktails and 24 craft beers on tap. There’s a happy hour until 7:00 PM. The move here is to pick up or have a pizza delivered from Farina, one of the better pizzerias in Vancouver, next door.

The Rickshaw Theatre — An old theater that’s been converted into a live music venue. It retains some elements of the original interior and now hosts some of the best rock, metal, noise, and alternative bands that make it to town. Ticket prices are always accessible, too. 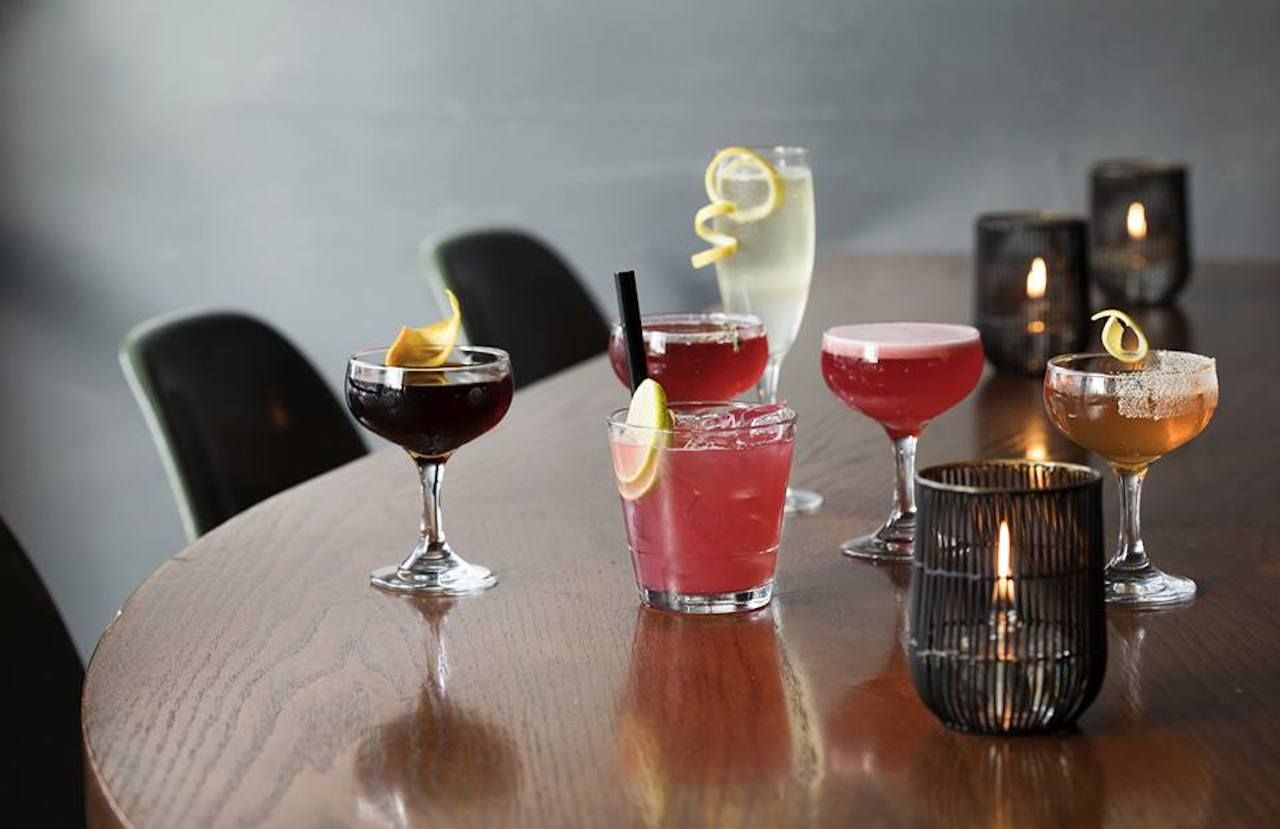 Cascade Room — While you would never call Cascade a beer bar, it is operated by the same folks behind Main Street Brewing and does have a small but good selection of other craft beers, as well as cocktails at decent prices. Plus, Cascade Room is a cute and friendly hangout, good for couples, singles, or groups of friends.

Shameful Tiki — Some of the city’s only remaining independent bars are located on and around Main Street. The trendy-kitsch Shameful Tiki has become famous in recent years for its retro rum-based fruit drinks, as well as for its live music and hula dancers. Of course, there is a photo of Elvis on the wall. If you go on nights with a performance, you’ll need a reservation.

Narrow Lounge — Marked only by a delightfully sleazy red light hanging above its dingy door, the Narrow Lounge is sadly one of the only places of its kind in Vancouver — a small, independent, crowded dive bar. It hasn’t got a fancy beer, wine, or spirits list, but locals love this hideaway to end or extend the night.

Main Street Brewing — British-owned Main Street Brewing set itself apart from the rest of the city’s taprooms by becoming the only brewery in Vancouver to regularly offer cask-conditioned ales (albeit non-traditional and experimental ones) and keg beers in a roomy taproom. If the Stag & Pheasant impy is on, order it without hesitation as it’s one of the better brews in town.

Brassneck Brewery — Owned by the kind folks who brought Vancouver its first real beer bar, Brassneck always has a good variety including several series of barrel-aged and brett beers.

Twelve Kings — If you fancy a genuine grungy dive bar that happens to have craft beer, Twelve Kings is your kind of place.

Rio Theatre — The Rio is one of a kind. It’s a lot more than an old theater that screens new films and cult classics. On some nights you can see live performances including comedy and burlesque. The crowd is, naturally, as artsy and quirky as the venue. 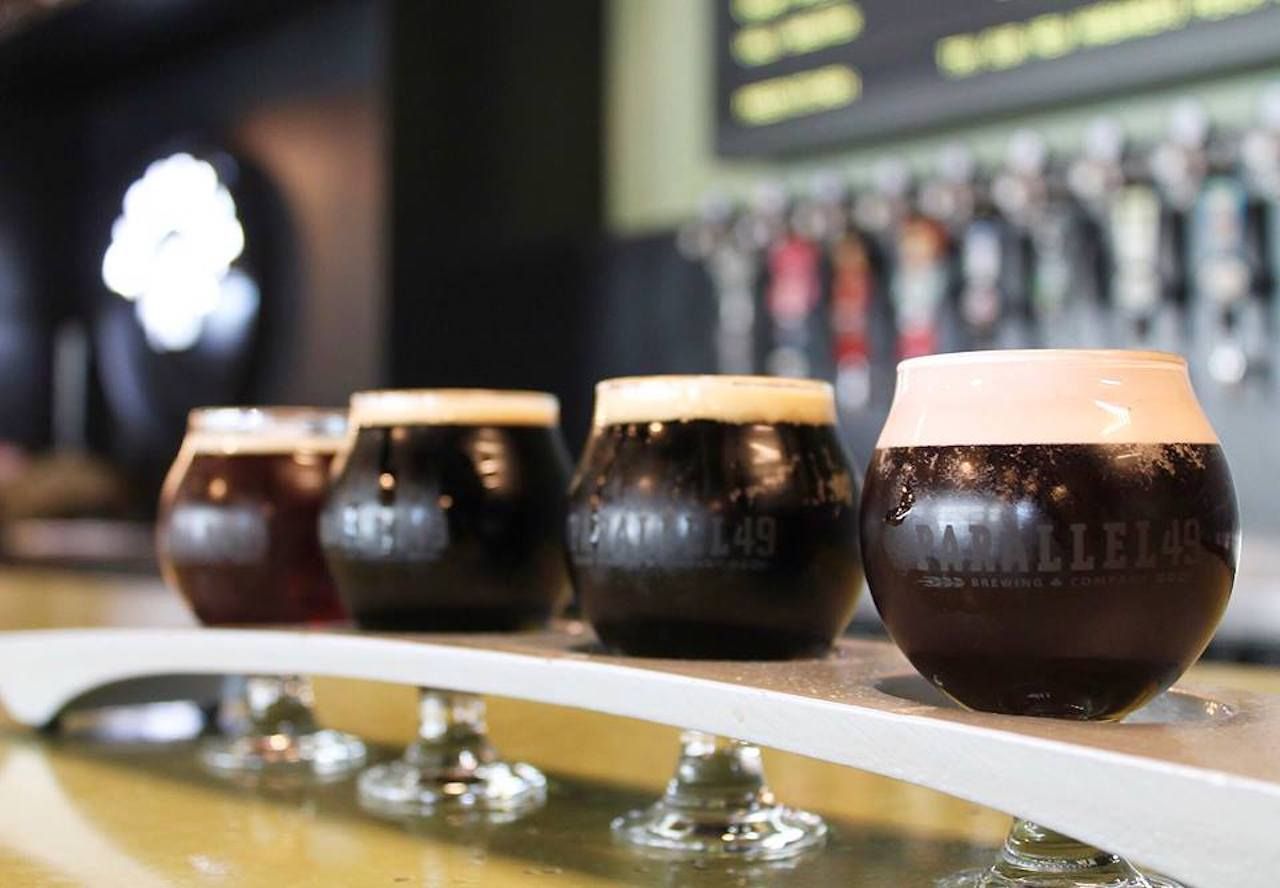 Parallel 49 — “P49,” as locals call it, has one of the biggest selections of house-brewed beers in Vancouver, and what it lacks in sophistication, it makes up for in fun. Inside, you’ll find long tables and an interior food truck called Street Kitchen serving things like burgers and beer-battered broccoli.

Luppolo — If you’re a serious beer lover, make Luppolo one of your go-to spots. It’s got more of a bistro interior than pub, making it ideal as an afternoon hangout or even for working. Luppolo has become one of the more reliable breweries in town, not least in part because of Slow Pour, the only Old World German-style pilsner in town. Unfortunately, Slow Pour is not always available but the brewery’s sours — especially from the Temporal series — are worth the trip, too.