When it comes to food, Vancouver is a true Pacific Rim city that’s garnered quite a bit of attention for a city of its size. Diversity is a big reason why. Around half of the city’s residents are foreign-born, and Vancouver eateries and grocery stores cater to diverse tastes, cultures, and budgets.

Vancouverites have a high food literacy, and locals won’t hesitate to tell you about their favorite izakaya or xiao long bao. Some of the best food in the city hails from China, Japan, northern India, and Vietnam. There’s also a strong locavore movement in Vancouver that draws on the best of the Pacific Northwest.

While you can find everything from a no-frills hole in the wall to a special date-night restaurant in the downtown core, serious eaters will have fun exploring areas farther afield in Vancouver’s suburbs. For Chinese food, head to Richmond, which is a 20-minute ride on the Skytrain from Vancouver. Get off at Aberdeen Station for the highest concentration of restaurants. Here, you’ll find spots that cover a range of cuisines from mainland China, like the branch of the Chinese Sichuan restaurant chain Chinese Sauerkraut Fish.

The suburb of Surrey has the largest Sikh community in Vancouver. The restaurants aren’t accessible by public transport, so if you prefer to stick closer to town, take the #3 bus to the old Punjabi Market area of south Main Street. There you can find cheap and good options like All India Sweets or take any bus down Kingsway Street to House of Dosas for South Indian food.

For those looking to stay inside the downtown core, you can’t go wrong with this neighborhood by neighborhood guide. 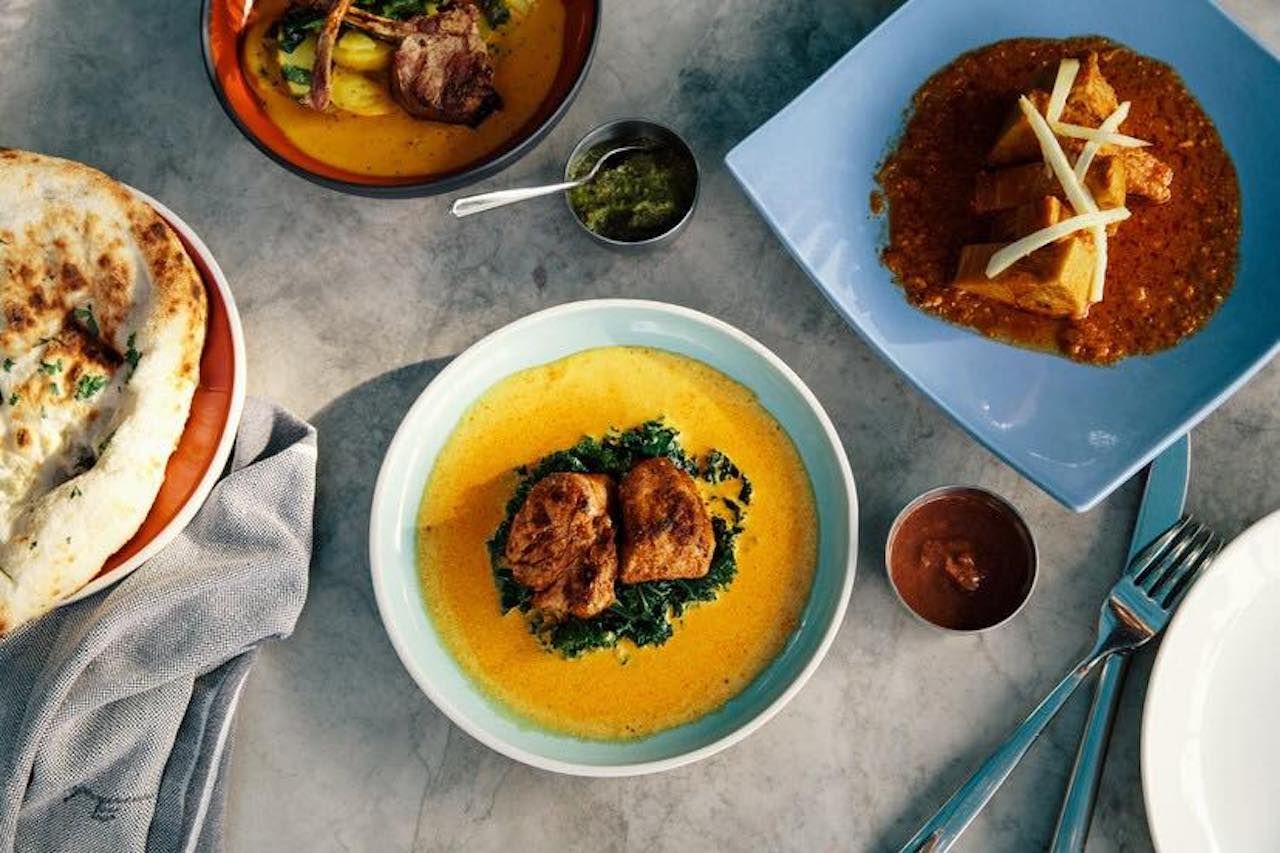 Vij’s $$ — An early bird to the “nouveau Indian” restaurant trend, Vikram Vij’s namesake restaurant helped propel Vancouver onto the international food scene. You won’t find your standard Indian fare, but you won’t be disappointed with items like jackfruit curry and lamb popsicles. The bar has a well-designed cocktail menu and beers chosen to pair with the food. The original is right on the edge of the Mount Pleasant and Fairview neighborhoods, and there’s another in the suburb of Surrey.

Toshi $$ — Locals are familiar with the long lines stretching out of this small, no-reservations Japanese restaurant. Toshi easily sets itself apart from the hundreds of run-of-the-mill sushi spots in Vancouver in several ways. For one, it offers types of fish unavailable at most places while somehow managing to remain down to earth, unpretentious, and affordable. Don’t miss the charcoal grilled eggplant that spoons out of the skin like smoky pudding, which will win over even the most committed eggplant hater. 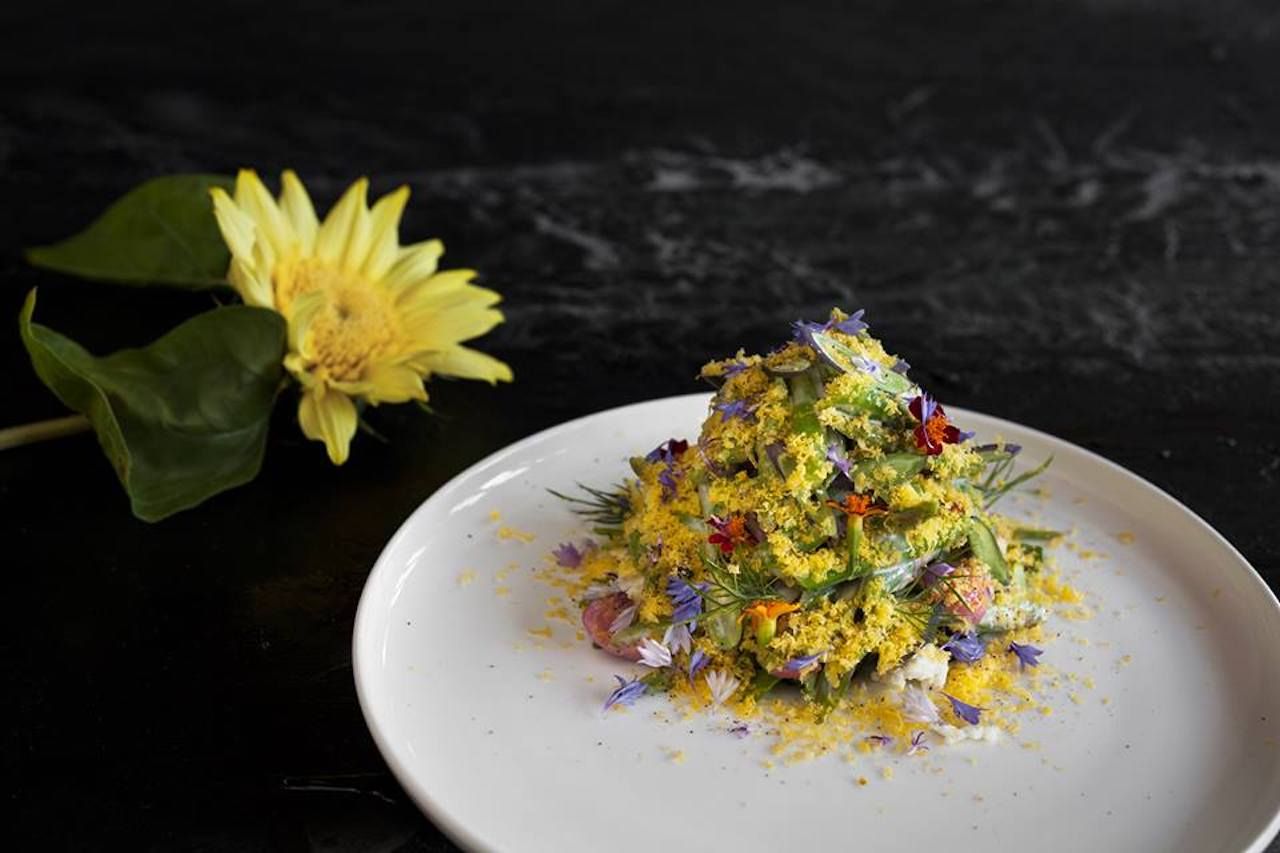 The Acorn $$$ — An award-winning, fine-dining vegetarian restaurant that even meat eaters will love. It has a classy vibe, and dishes are hyper-local with ingredients unique to British Columbia (hello, candied lichen). You can’t go wrong with any dish here, but your best bet is to ask your server what’s fresh and recently foraged.

Chickpea $$ — Main Street has the highest concentration of vegan restaurants in Vancouver. Chickpea keeps it simple by focusing on Israeli hippie food. It’s one of the few places in town to get Israeli food at all, really. Try the signature chickpea fries and the vegan take on shakshuka.

Sun Sui Wah $$ — Forego Sunday brunch and opt instead for dim sum. Sun Sui Wah is one of the more established restaurants in Vancouver, known not only for dim sum but also for seafood and squab dishes. 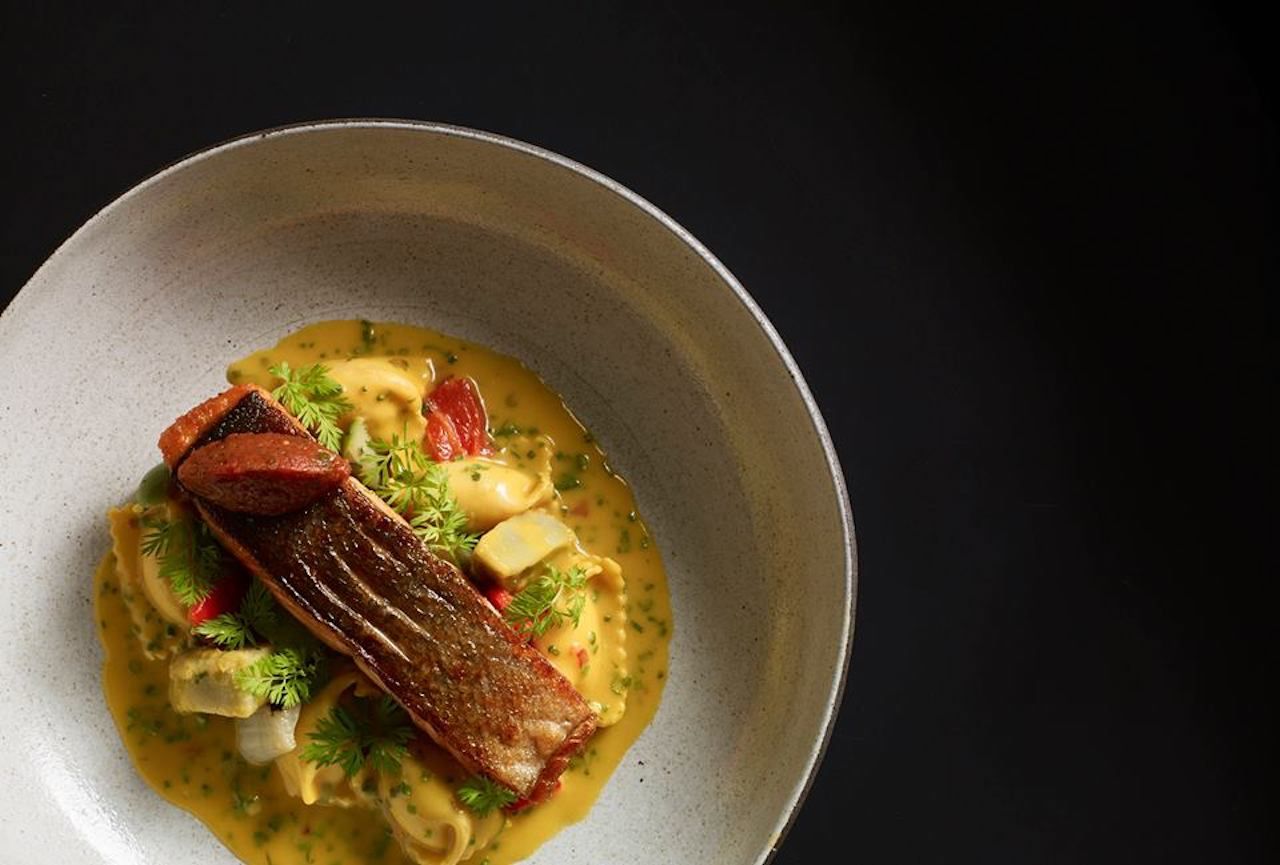 Hawksworth $$$$ — As fine as fine dining gets in Vancouver. Hawksworth serves up artfully plated, innovative takes on food local to British Columbia. It’s open for brunch, lunch, and dinner, and the menu is complemented by a well-curated wine list. If you’re feeling indecisive, try the BC Journey Tasting Menu, which has seven dishes for $110 ($185 with wine pairings). The tasting menu tells the story of the region’s farms, forests, and oceans with dishes like crab, halibut, suckling pig, lamb, and a rhubarb dessert.

Taishoken $ — If you have never had tsukemen (Japanese noodles dipped in a separate bowl of a broth as thick as gravy), get yourself over to the Tinseltown area and in line at Taishoken. Of the few places in Vancouver that make tsukemen as well as ramen, Taishoken is the best. The noodles are properly toothsome, and the rich pork broth reduction can be made spicy if desired. Taishoken also makes ramen if you’d rather stick with that.

Chambar $$$ — Having stood the test of time in a fickle city, Chambar can now be considered a classic. It’s got the whole package: atmosphere, food, and service. Cuisine draws inspiration from Belgium (moules congolese is one of the most popular dishes on the menu), and so does the beer selection.

Sura Korean Royal Cuisine $$ — The majority of Korean restaurants in Vancouver cater to the student palate and price point. Sura is an exception, offering an extensive range of dishes you won’t find on the menus of average Korean restaurants. Try mackerel jorim and the house special spicy pork belly, and have it with a traditional kimchi pancake. Or tuck into hearty comfort food like yukgae-jang (spicy beef soup) — all washed down with soju, of course. 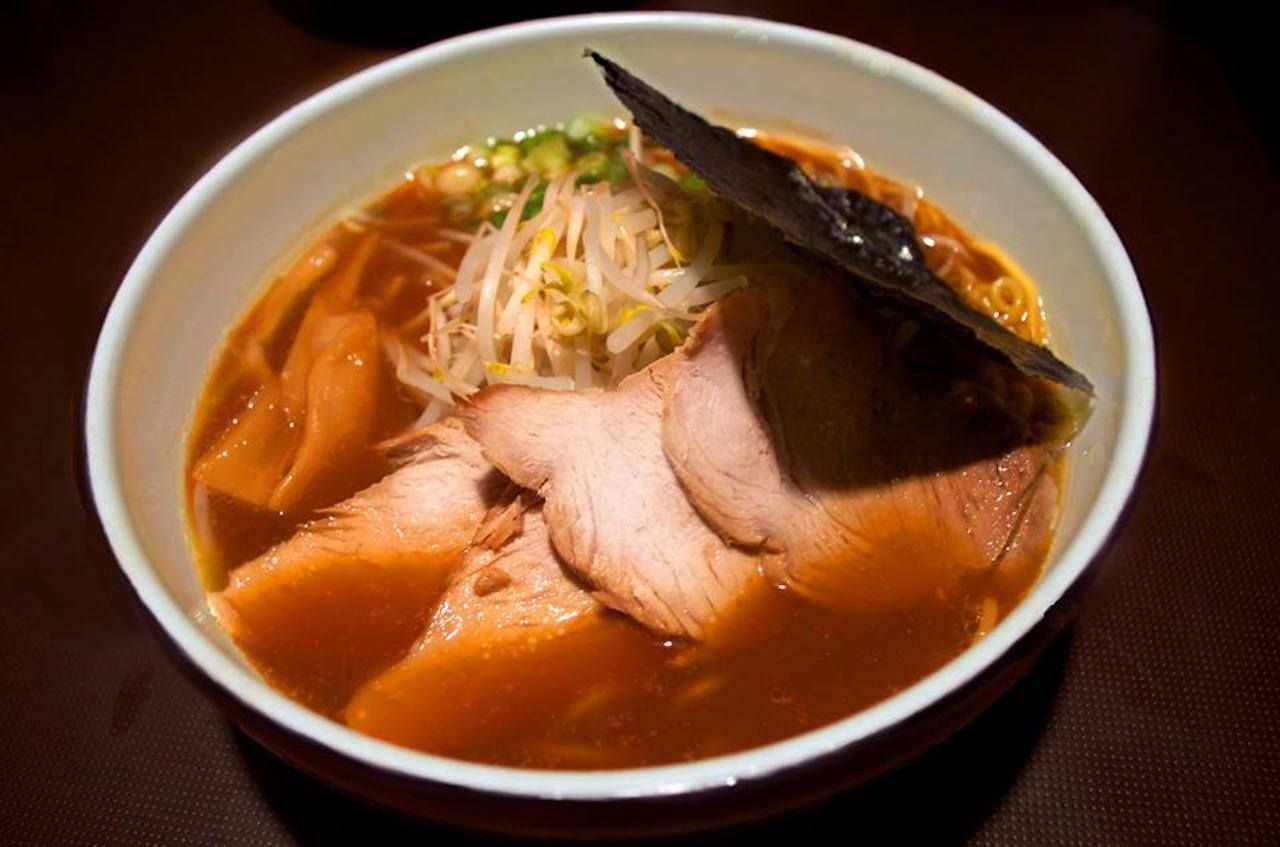 Kintaro $ — This was one of the first places in Vancouver to offer authentic tonkotsu ramen. Vancouver has a lot of good ramen, but many of the restaurants are international chains or part of corporate groups. Kintaro is special, and you know it as soon as you walk in and see the vats of broth sitting front and center behind the counter. Vegans won’t particularly care for the place, but noodle lovers will. 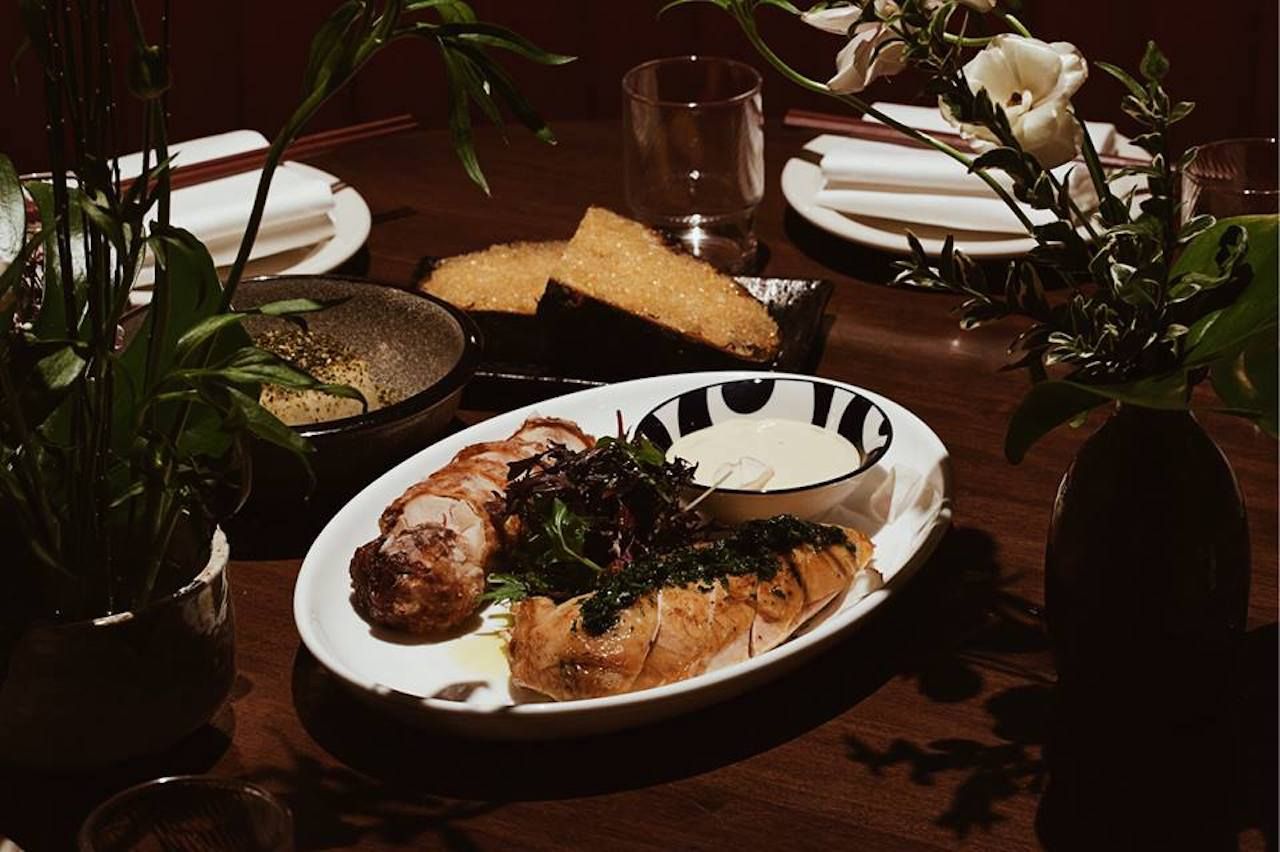 Kissa Tanto $$$ — Japanese and Italian cuisines share a lot more in common than you might think. Most notably, each has a penchant for umami. Kissa Tanto marries Japanese and Italian flavors and textures, and signature dishes include tajarin (thin-cut pasta), pasta with mushrooms, and miso-cured egg yolk. The restaurant has a snazzy interior, and you can likely find a spot or two at the bar if you come without a reservation.

Farina $$ — For a long time, you couldn’t get decent pizza in Vancouver. Farina is one of the places changing that perception with its short menu of reliable thin-crust pies that stay crisp no matter the number of ingredients. The place is tiny, but you can order your pie and have it delivered next door at Boxcar, one of Vancouver’s coolest little watering holes.

Phnom Penh $$ — A must for food lovers visiting Vancouver, Phnom Penh is a Southeast Asian restaurant that’s been around for decades and continues to have lines out the door. The menu is longer than it needs to be. Set it aside and order the signature dishes like the beef carpaccio, chicken wings, and salt and pepper squid. 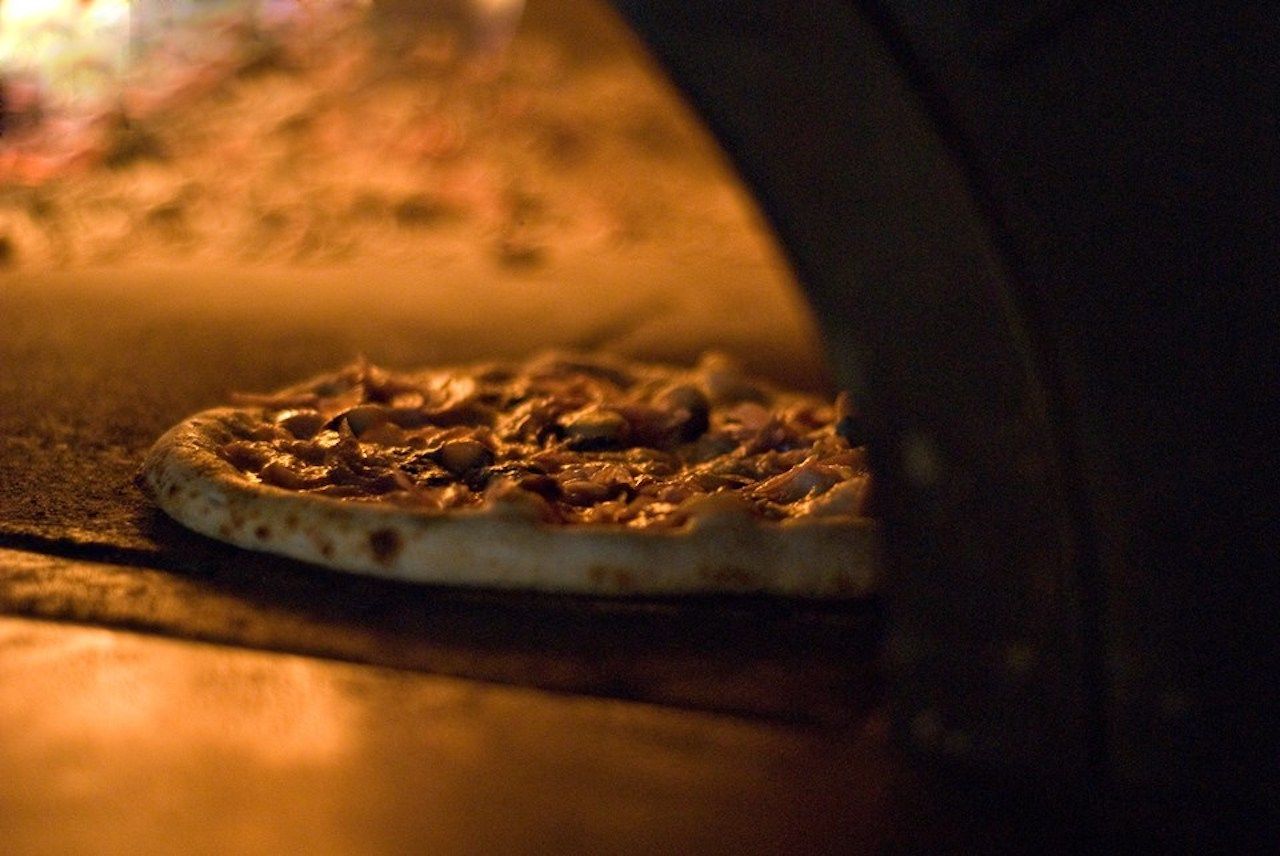 Nicli $$ — One of the few VPN-certified pizzerias in Vancouver (the other being Via Tevere), Nicli nails simple Italian pizza and salads. The full bar has beer, wine, and cocktails, and there’s a happy hour every day from 3:00 to 6:00 PM.

Alibi Room $$ — When craft beer is as important as craft food, the best place in town to get both under one roof would be the Alibi Room. Both the food and beer menu change daily. Reliable options include the meze platter that includes house-cured olives. The Alibi Room was the first dedicated craft beer bar in Vancouver and remains at the top of the list by focusing strongly on BC beers. The owner is also the person behind Brassneck Brewery on Main Street. 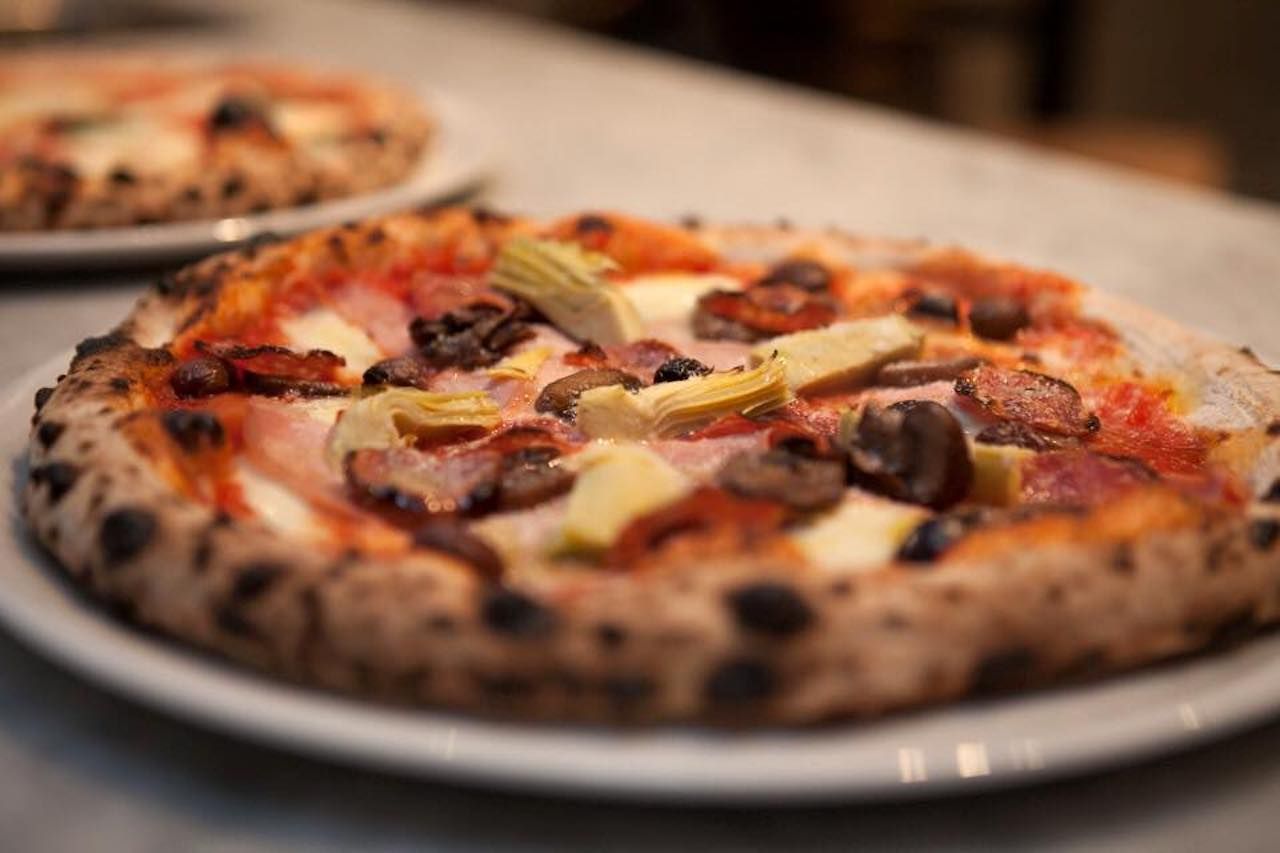 Via Tevere $ — A pizzeria with a wood-fired oven in the center that’s committed to Napoletana ingredients and methods. Via Tevere also has homemade pasta and traditional salads to round out a classic southern Italian dinner. They don’t take reservations and lines can be long.

Addis Cafe $ — A handful of decent Ethiopian restaurants in Vancouver can be found around Commercial Drive. All are vegetarian-friendly. So when you’re craving wot (a spicy sauce cooked into meat and vegetables), tibs (small bites of spiced meat), and injera (a pancake-like bread), head to any one of the family-run establishments like Addis Cafe. A big part of the flavor comes from berbere, a traditional spice mix of spicy sun-dried peppers, cumin, cardamom, ginger, and other spices. At Addis, the berbere is made by the family members of the restaurant workers who still live in Ethiopia.

Jamjar $ — This newish Lebanese spot is named after the tradition of jam making and sharing in Lebanon, where there’s fresh fruits year round. While Vancouver doesn’t have an abundance of Lebanese food or fresh fruits, Jamjar manages to hit the spot if you’re in the mood for kibbeh and labneh.

Kulinarya $$ — The only restaurant of its kind in Vancouver, Kulinarya snuck onto the scene not long ago and remains a well-kept secret. It’s usually busy — reservations are recommended unless you don’t mind waiting for Pinoy comfort foods like kare-kare and ginataang kalabasa. Reservations are required for the kamayan-style lunch or dinner. 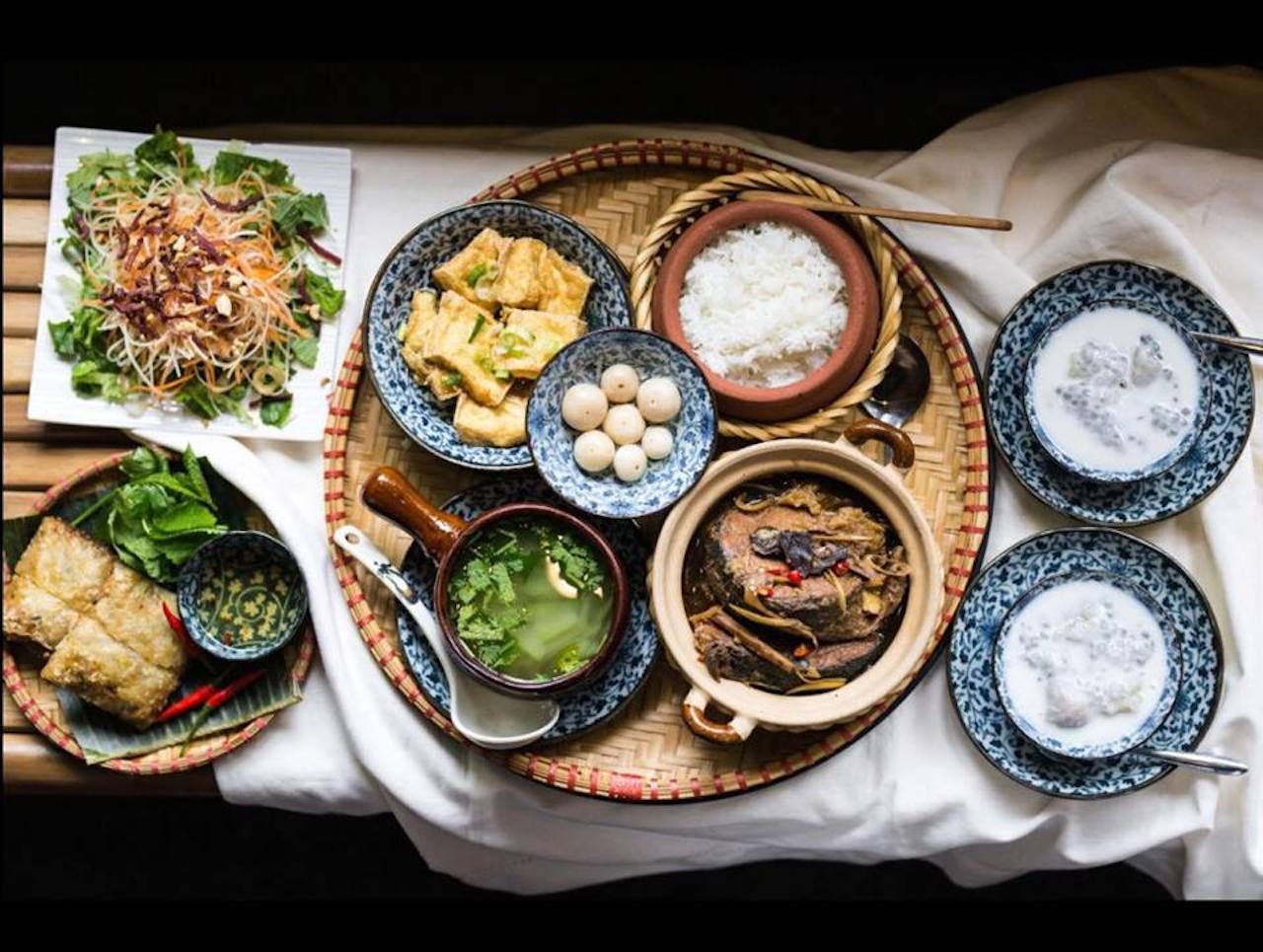 Mr. Red $ — Vietnamese restaurants abound in Vancouver, and most are ho-hum. Mr. Red is not. Mr. Red differentiates itself from the competition by focusing almost exclusively on Northern Vietnamese dishes. Unabashedly vibrant flavors make every dish a winner, and it’s a perfect place to move beyond pho in favor of the pyramid dumpling (bánh giò) or their excellent take on bún chả hà nội (pork and noodles). Locations in Hastings-Sunrise and Kitsilano neighborhoods.

Purebread $$ — As far as Vancouver bakeries go, there’s nothing that can compete with the glory of Purebread. The selection and quality of both sweet and savory goods, including both bread and pastries, is simply astounding and one wonders how all of it is made on premise. Locations in Mount Pleasant, Gastown, Kitsilano, Whistler Village, and Function Junction.

Guu $$ — Vancouver has a reasonable number of good izakaya, but if you try only one, make it Guu. Guu now has five locations, making it seem like a local chain, but its success has not tempered its quality in the least. Come for the true-to-concept food like fried gizzards, an order of oden, and some tako wasabi, as well as cheerful atmosphere. Guu is a Vancouver gem and always seems to always hit the spot. Locations in Gastown, West End, and Downtown.

Peaceful $$ — Despite having expanded to six locations, Peaceful has remained high quality. Peaceful specializes in northern and northwestern Chinese food, and the noodles are made in house. If you’ve never tried northern Chinese, Peaceful is a super place to start. Specialties include Xian-style flatbreads generously seasoned with cumin and sesame, as well as hand-sheared noodle dishes. Locations in Downtown, Kitsilano, Fairview, and Mount Pleasant.