With so much to offer, you may wonder why you should ever leave Vancouver. The answer is simple: There’s even more of the stunning natural splendor that frames the immediate vicinity of Vancouver a little further afield. More shoreline, islands, and the majestic Coast Mountains. From the biggest ski resort on the continent to quaint seaside villages, here are some of the places that are worth taking a day trip to. And you can get to nearly all of them without a car. You can’t say that too often in North America. 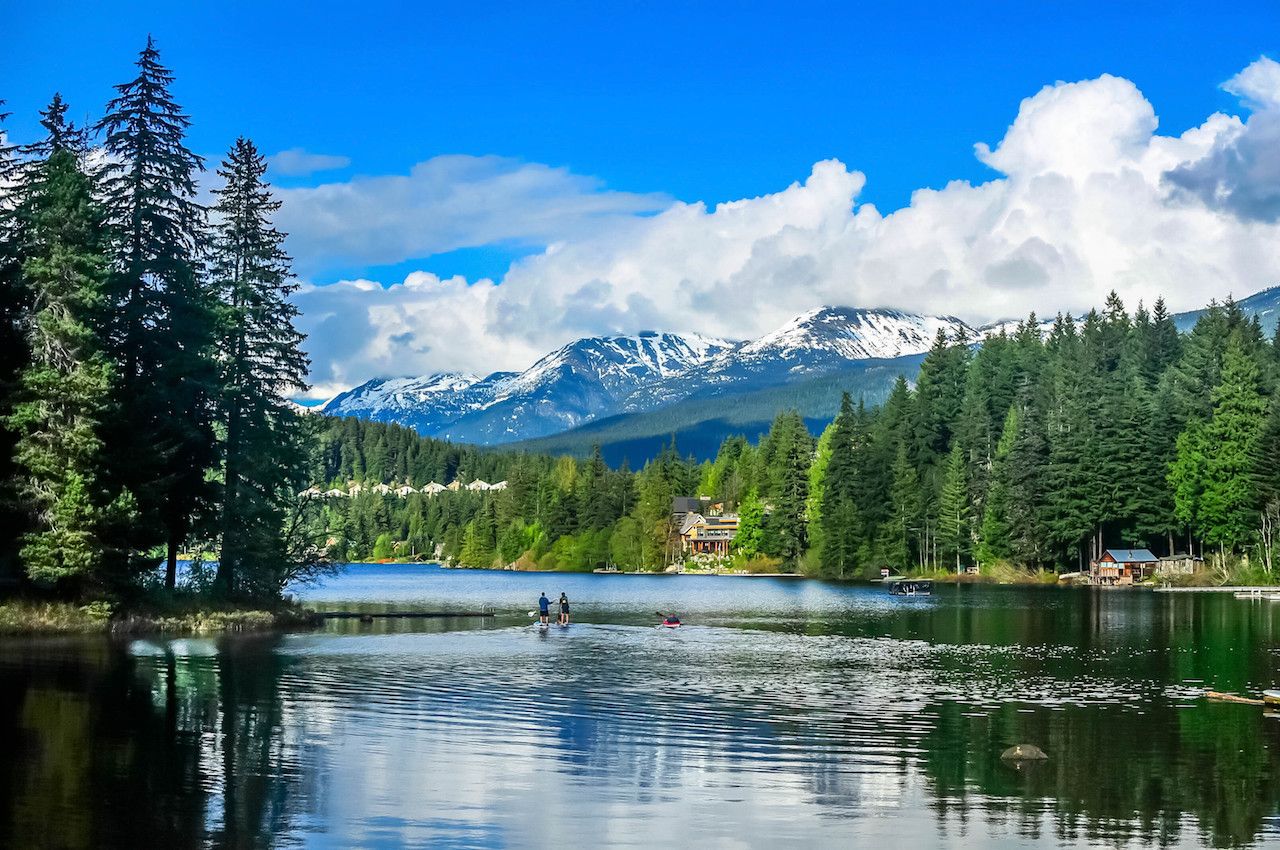 Whistler — Buses from Epic Rides depart for Whistler from four different Vancouver locations. The cost is $25 round trip or $18 one way. It takes you up the stunning Sea to Sky Highway from Vancouver to Whistler, North America’s largest ski resort. Even before Vancouver got the Winter Olympics in 2010, Whistler attracted skiers from around the world. In addition to more skiable terrain than anywhere else in North America, and incredible backcountry skiing, Whistler has a toboggan park and miles of snowshoeing and cross-country skiing trails. The Peak 2 Peak gondola connects the alpine areas of the Whistler and Blackcomb mountains with the world’s longest span between towers. Not only that, but Whistler’s pedestrian-only zone has an award-winning restaurant, apres ski bars, and clubs making the city a favored destination for non-skiers as well.

In the summer, multiple lakes, golf courses, one of the continent’s longest zip lines, and hiking and mountain biking trails make the resort nearly as popular as in the winter. With the valley floor crisscrossed by miles of paved trails, you can rent a bike for the day to explore the area. With the summer’s late sunset, you can enjoy a long day in this special corner of the world before heading back to Vancouver. 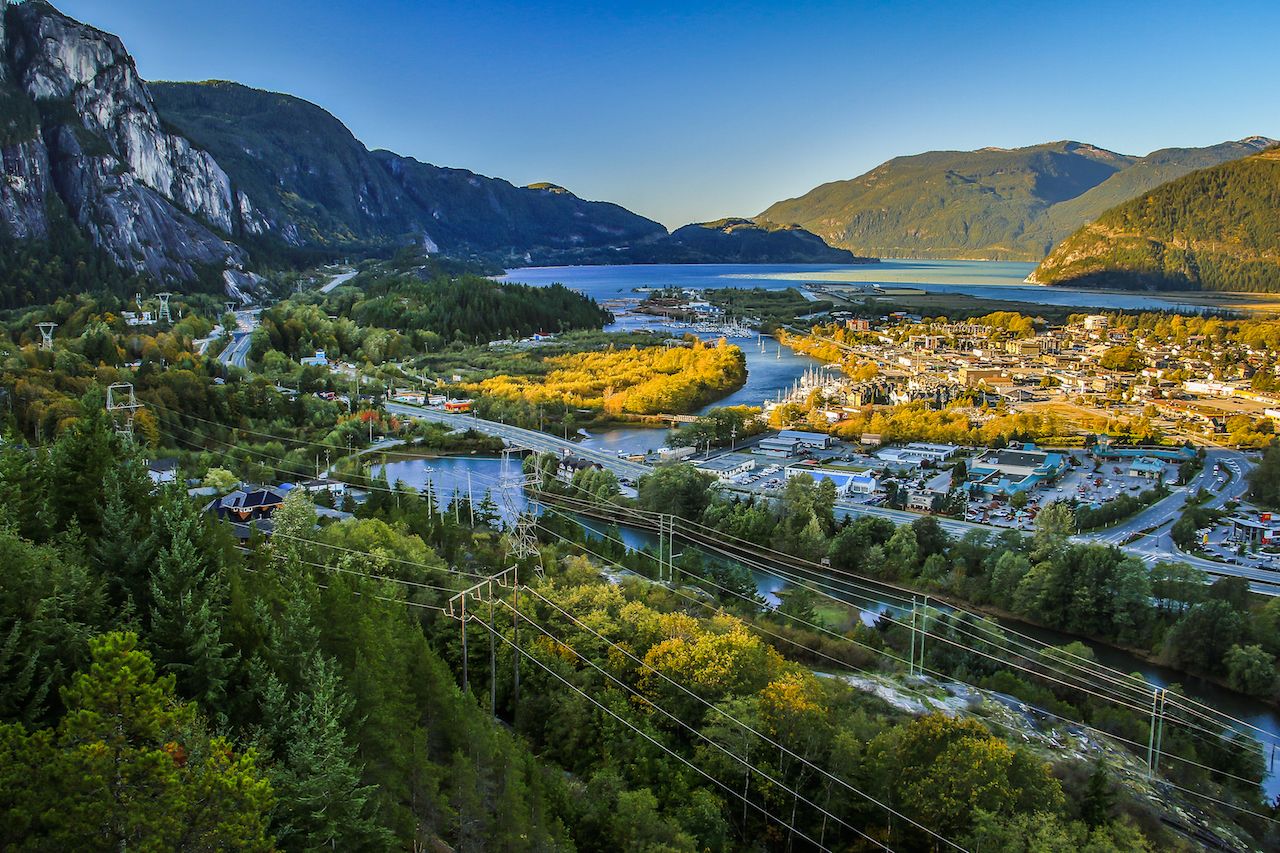 Squamish — If you were to drive to Whistler, the midway point would be Squamish. However, if time were tight, you could make this your destination and not be any worse for it. En route to Squamish, you could take a couple of hours to stop at the Britannia Mining Museum where you can take a tram into an actual mine and learn about the area’s mining history. (That said, if you are tight on time, head straight to Squamish.) The highlight of Squamish is The Chief, a granite monolith that draws both rock climbers and hikers. Hiking trails also include one that leads to the Sea to Sky Gondola. If you hike up, you can have a glass of wine or beer at the bar up top while you marvel at the BC fjords and then take the gondola down. Or you could take the gondola up and back and save even more time. The town of Squamish is a nice place for lunch or a drink; it has three breweries and two cideries, too. 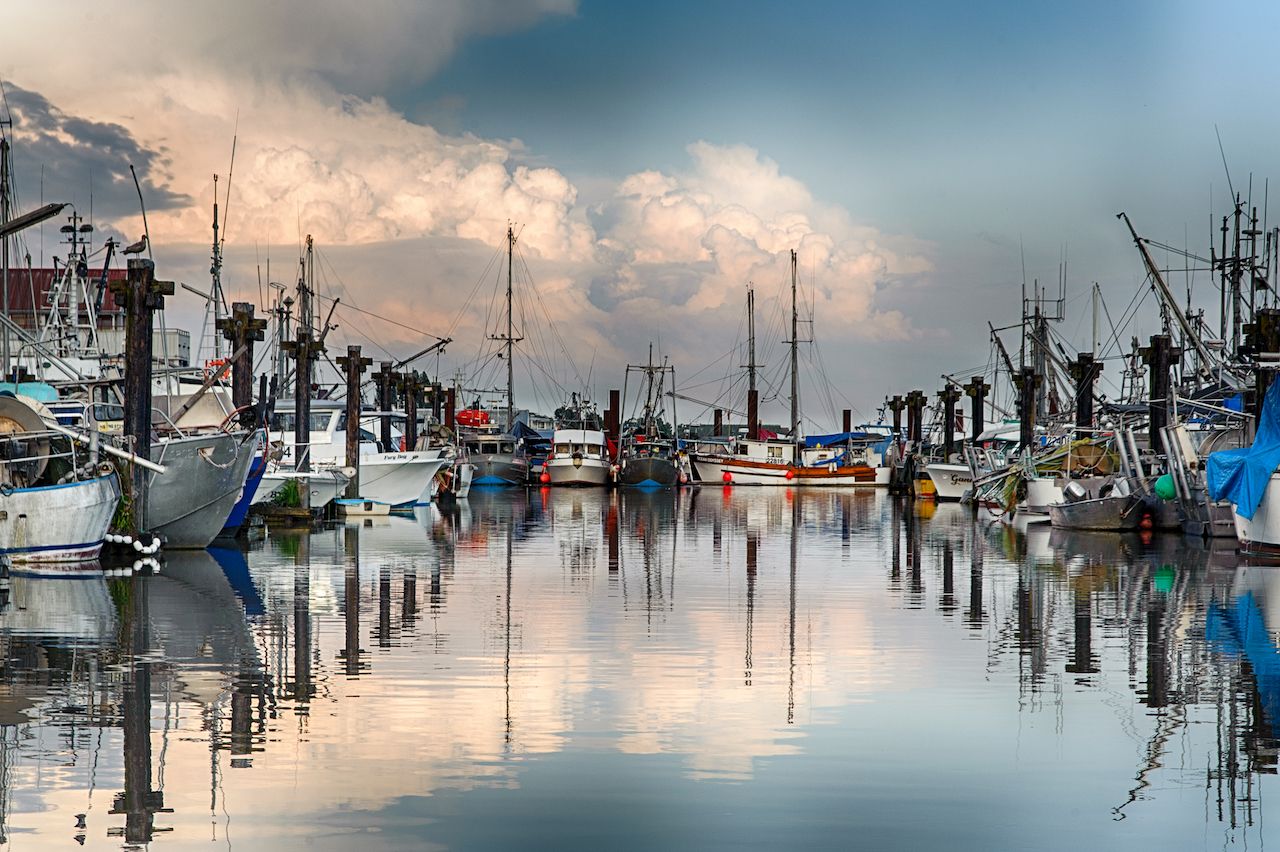 Steveston — About a 20-minute drive from Vancouver, Steveston offers over a century of history as a fishing village. After a quick peek at the Gulf of Georgia Cannery museum, grab a beer at Britannia Brewing and join the crowds for fish and chips from Pajo’s on the wharf. Steveston also has lovely beaches for summertime fun in the sun. 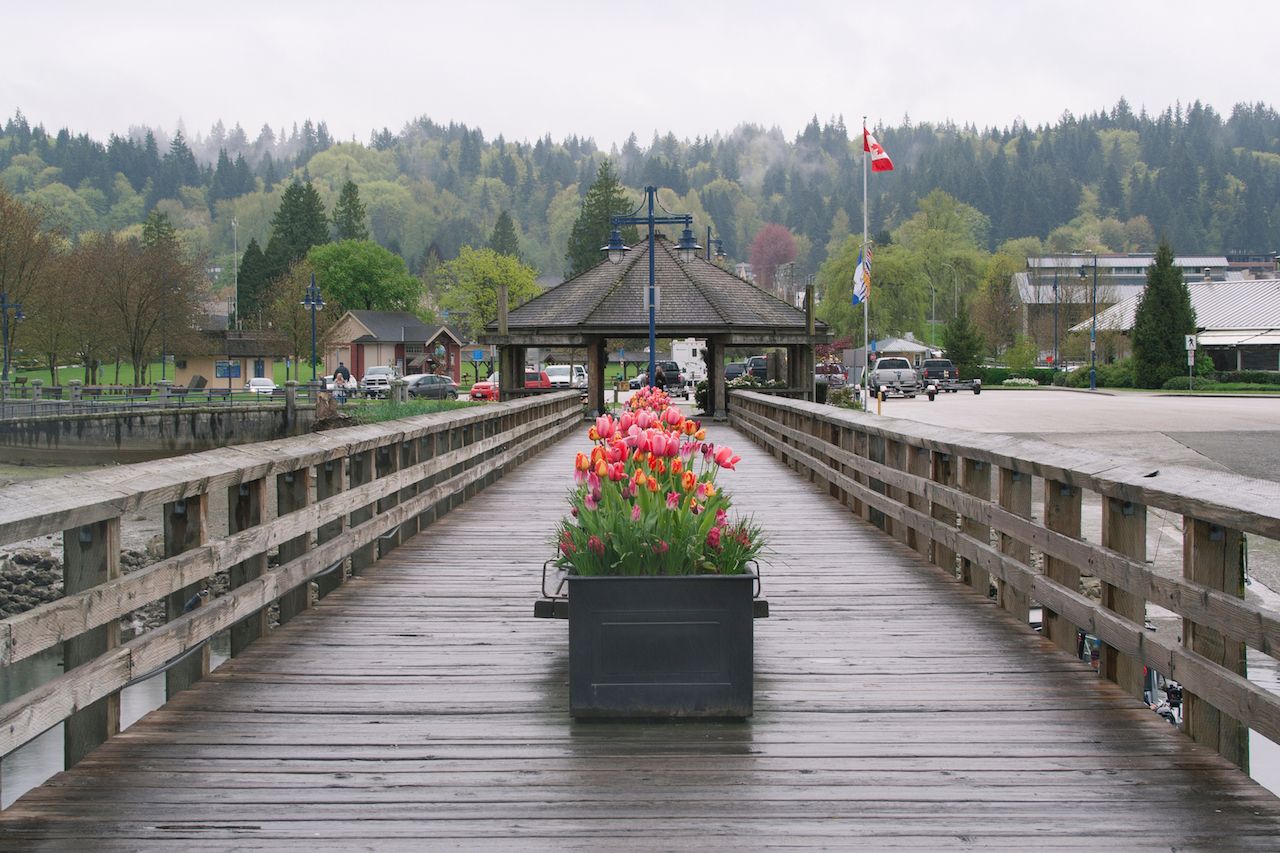 Port Moody (Brewery Crawl) — A suburb of Vancouver easily accessible by Skytrain, Port Moody was always scenic with its views of the Indian Arm fjord but too sleepy to draw much attention. Then suddenly the area grew a handful of craft breweries — there are currently five — located in nondescript warehouse spaces. They are practically next door to one another on Murray Street along the water and get packed with families on weekends. All, especially Yellow Dog, are canine- and family-friendly. 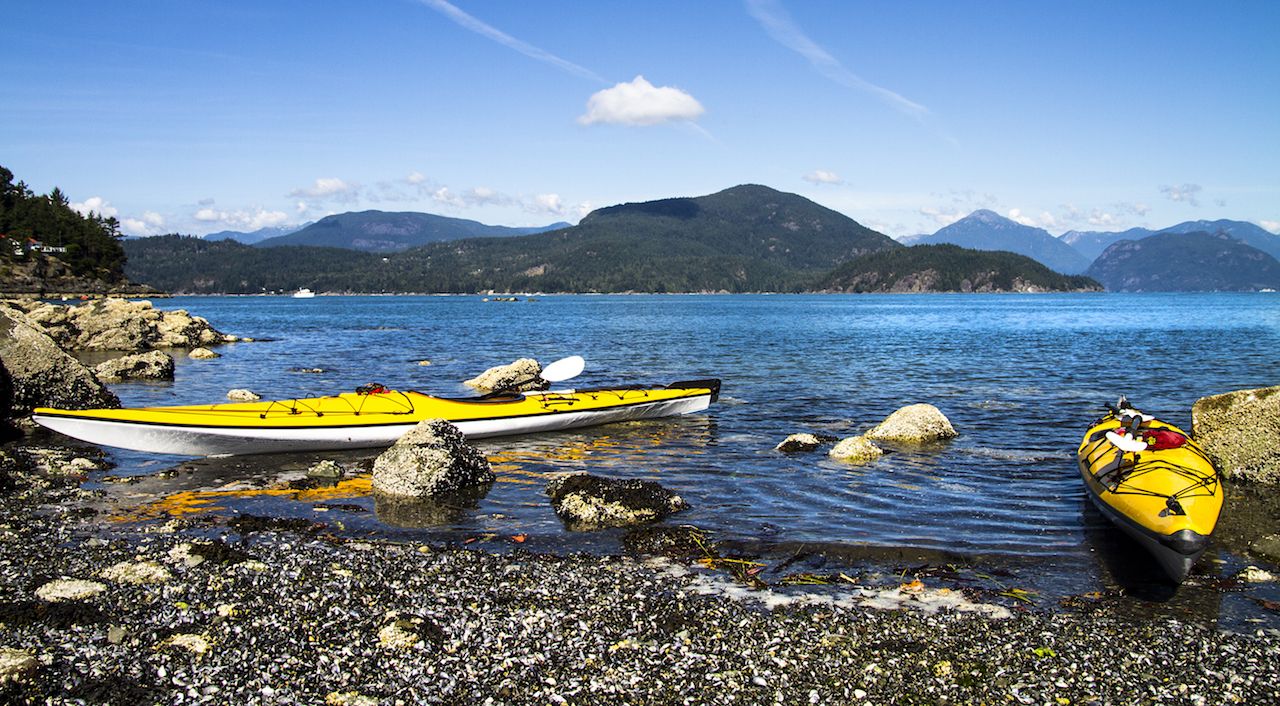 From Horseshoe Bay — Horseshoe Bay could be a destination in its own right given how scenic the village is, but that’s not why you took the 257 bus 30 minutes from downtown. You came here to take a ferry to either Bowen Island or the Sunshine Coast. Both make for easy day trips from Vancouver, and you can even do them both car-free. Check out the ferry sailing times at BC Ferries. The journey is half the fun.

There isn’t all that much to do once you’re on Bowen Island but stroll around or take an invigorating but easy hike up Mount Gardner. If you have more time, opt for the Sunshine Coast (Langdale) ferry instead. Once in Langdale, you can take the bus into the quaint town of Gibsons. Gibsons was made famous by a television show called the Beachcombers, which was filmed there long ago. Now it’s an intimate artsy community that has three breweries. A highlight is Persephone Brewing, a working farm that brews beer using the hops grown on the premises. On weekends there is live music you can enjoy indoors or from one of the picnic tables strewn about a sprawling lawn. 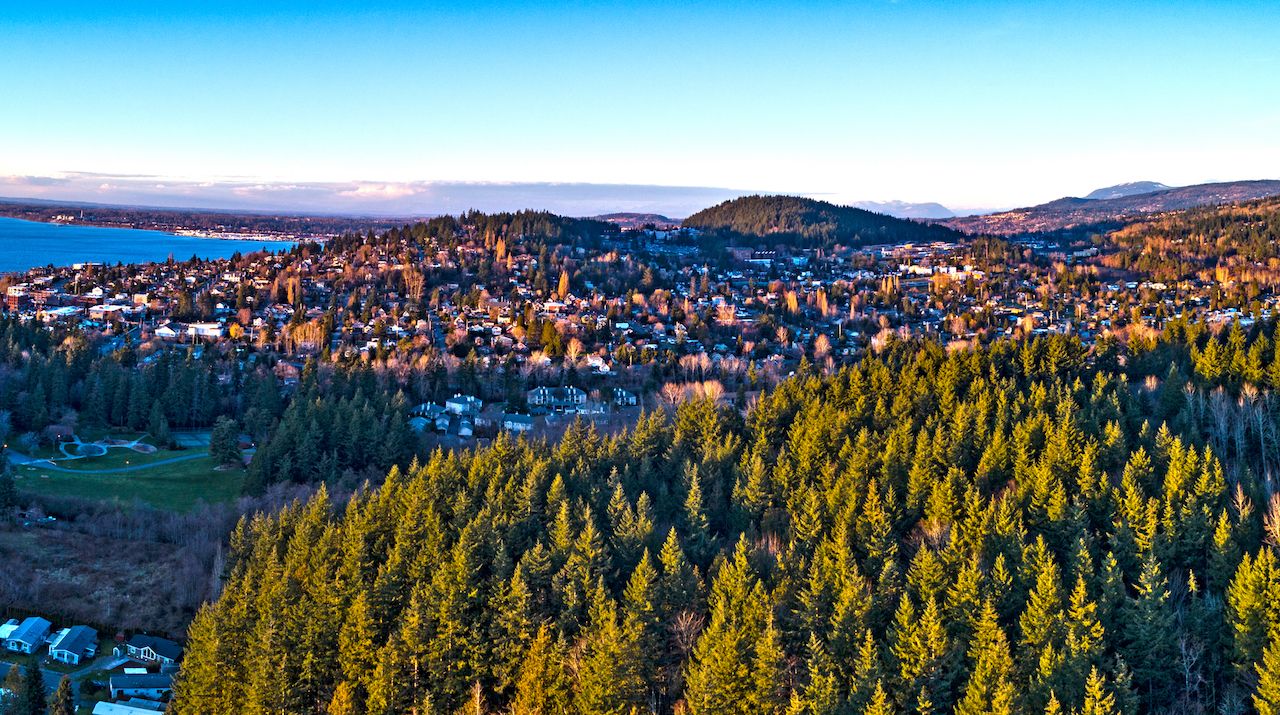 Bellingham — You’ll need your passport for this day trip, but it’s one of the most rewarding you can take from Vancouver. Bellingham, a college town just south of the border in Washington state, has a surprisingly good collection of Art Deco buildings and, because of Western Washington University, a quirky and young population that is very outdoorsy.

Like the small towns north of the border, the Bellingham area has an excellent craft brewery scene. In fact, it has over a dozen breweries for a population of fewer than 100,000. Naturally, it has a few of the best beer bars in the Pacific Northwest, including Aslan Depot. To do Bellingham car-free, get up early and take the Amtrak Cascades line from Pacific Central Station in Vancouver and return that very same evening. You can stroll the city on foot or, better yet, take a bicycle on the Amtrak. The ride from the Amtrak station to the center of town is on a dedicated path along the water and takes fewer than 20 minutes. Impress the locals by referring to their cool little town as The Ham.