Boston’s location in one of the most historic corners of the US means there’s much to explore outside city limits. Just next door you have Cambridge, home to Harvard University, the country’s oldest institution for higher learning. Less than an hour away are the sites of witch trials and Revolutionary War battlegrounds. And, of course, you can always enjoy the remarkably soft sand of the Northeast’s picturesque beaches.

Harvard University and the city of Cambridge 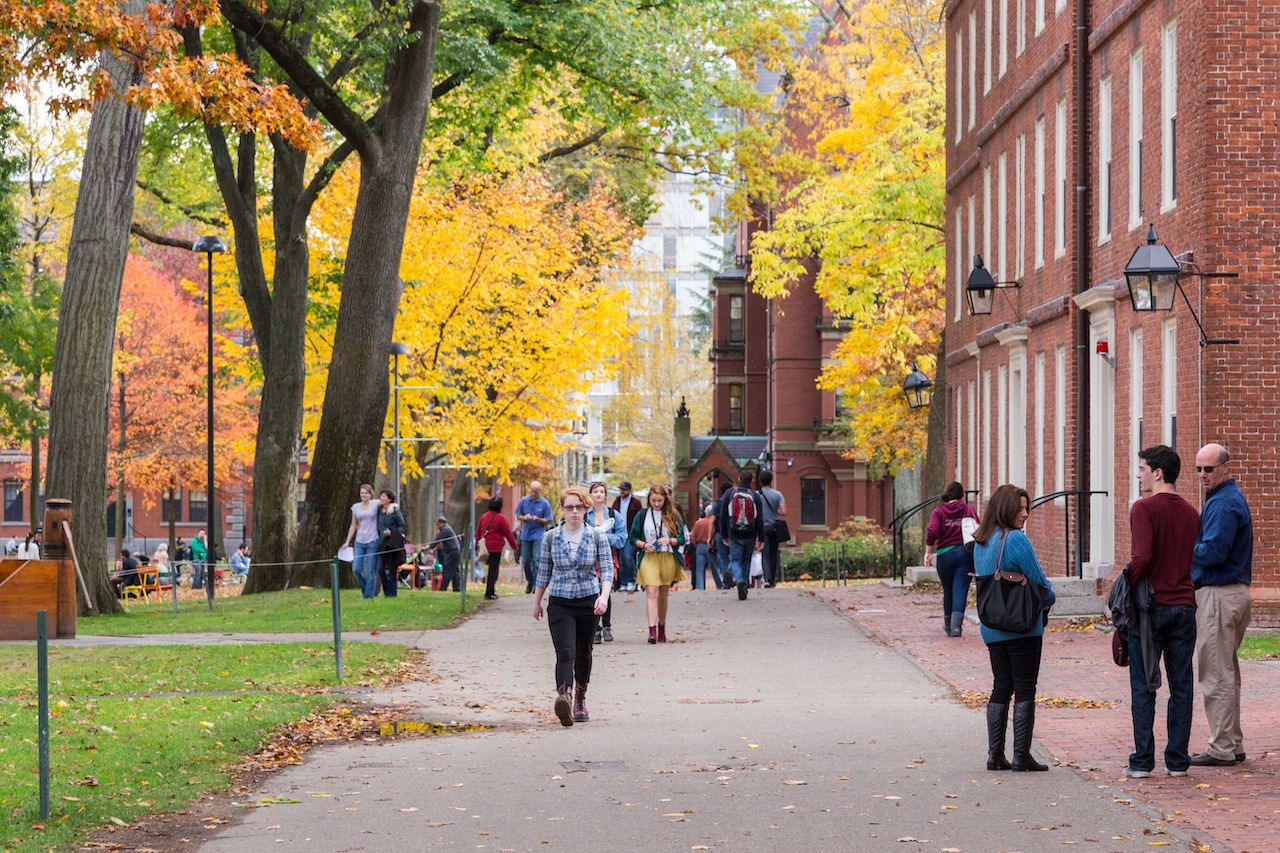 Cambridge is barely outside of Boston proper, just across the Charles River, but it’s worth spending a couple of hours at Harvard University and the surrounding area, perhaps even the whole day.

Founded in 1636, the renowned university is the oldest institution for higher education in the US and its alumni includes a glittering array of famous figures, including former president John F. Kennedy, Microsoft’s Bill Gates (who dropped out), and Facebook co-founder, Mark Zuckerberg (who also dropped out in 2005, but was awarded an honorary degree in 2017). Stroll through the campus at your leisure or join a student-led public walking tour, free of charge, starting at the Harvard Information Center.

Afterward, catch the lively vibe of Harvard Square, home to buskers, bookshops, cafes, and student-friendly restaurants. Grab a sandwich or a coffee at Atomic Bean Cafe, a sandwich at Darwin’s Ltd., or just head over to the Harvard bookstore for an aspirational sweatshirt. If you really wanted to stay the whole day in this neighborhood to really get the vibe, there are plenty of lively pubs and nighttime performances — just follow the students. 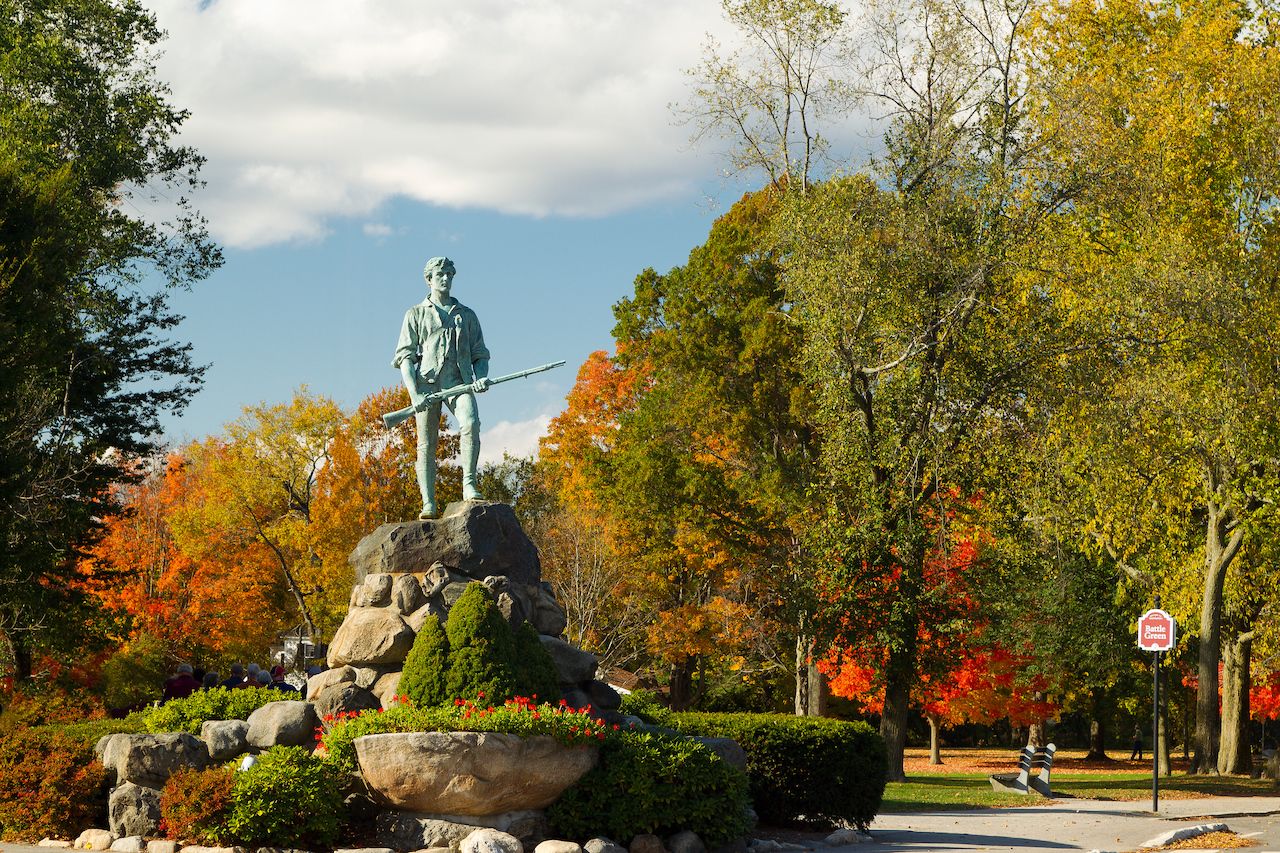 Located approximately 45 minutes west of Boston by car, Lexington and Concord are two lovely New England towns, most famous for being where the first shots of the Revolutionary War were fired. Get your bearings at the Minute Man Visitor Center, where you can see “The Road to Revolution,” a multimedia overview of Paul Revere’s ride and the battles at Lexington Green, North Bridge, and along Battle Road. Then soak up Concord’s literary history by touring Louisa May Alcott’s Orchard House, where she wrote Little Women.

Nearby is Walden Pond, where you can see the site where Henry David Thoreau had his cabin “to live deliberately.” Not far from Concord Center, you can visit Ralph Waldo Emerson house, where the author lived from 1835 until his death in 1882. The town of Concord has a variety of pretty gift shops, a lovely independent bookstore, and plenty of places to eat, including Salt Box Kitchen, which serves soups, salads, and sandwiches made from local ingredients. 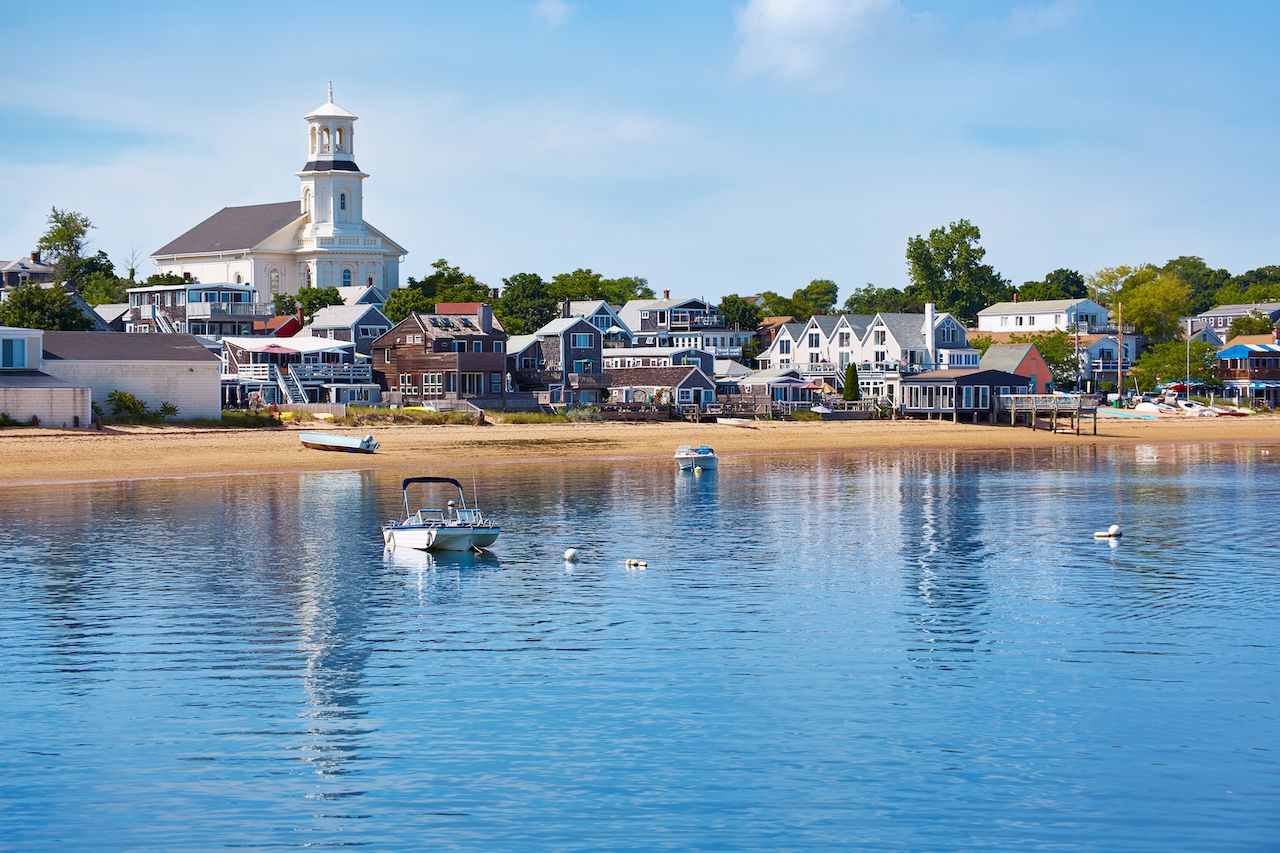 Cape Cod is a hook-shaped peninsula south of Boston that is wildly popular come summer, as families own or rent summer houses there. Cape Cod is made up of 15 towns, beginning with Bourne on the upper Cape and ending with Provincetown on the tip, which has long attracted creative folk and a robust LGBTQ population. The towns each have their own charm and streets lined with shops and creameries. Majestic lighthouses, beach coves, and the occasional sailboat complete the quintessential New England coastal feel.

On a good day with no traffic, you can reach the top of the Cape in about an hour and Provincetown in a little over two hours. Alternatively, during boating season, several ferry services, like Boston Harbor Cruises, can shuttle passengers from Boston to Provincetown in 90 minutes. In the summer, go for a lobster roll at a fish shack, but come winter things really quiet down. Try Chatham or Provincetown for lunch options. 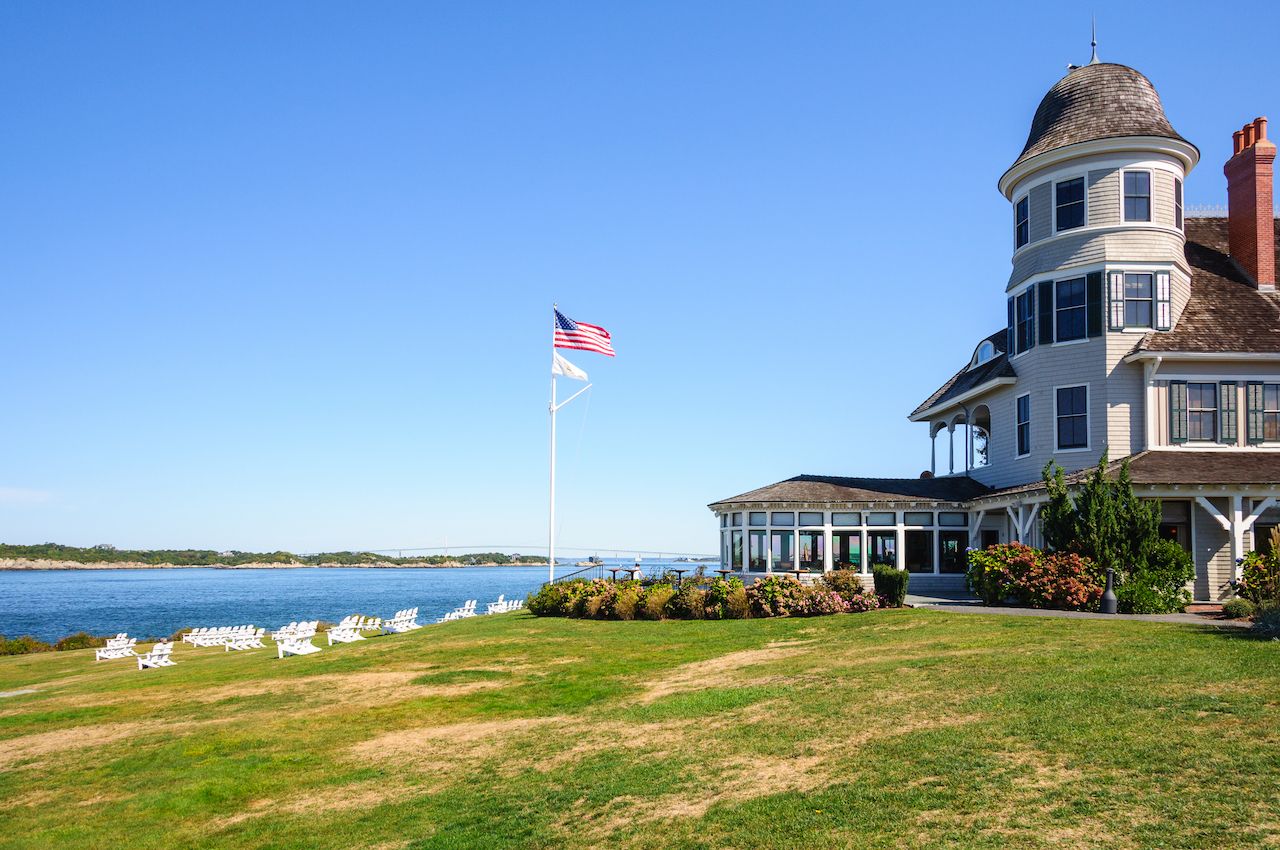 Nestled along the coast of Rhode Island, approximately an hour and a half away by car from Boston, lies Newport, oozing with glam and sophistication. It’s home to a breathtaking array of Gilded Age mansions and the International Tennis Hall of Fame. Newport also ranks as one of the world’s top yachting destinations, having hosted the America’s Cup and numerous annual sailing events and regattas.

A great way to kick off any visit is to stroll the Cliff Walk, a 3.5-mile coastal path overlooking the ocean. Then, visit some Newport Mansions before savoring chilled oysters or a lobster roll in town, where you’ll find lots of restaurants, boutiques, and cafes. If time permits, consider exploring a brewery or winery, topped off with a spin through town via Newport Travel Trolley Tours to catch any major sites you might have missed. 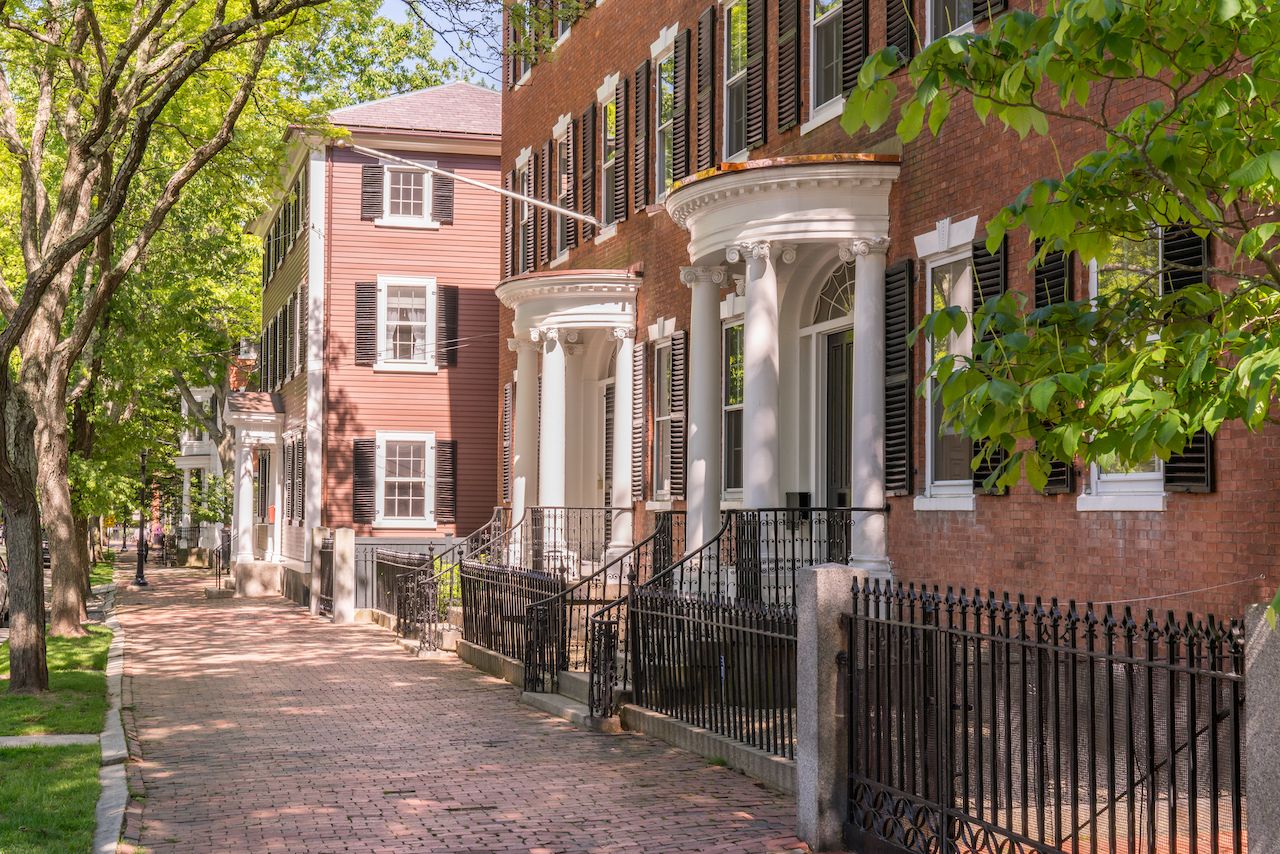 The Salem Witch Trials still hold our macabre fascination, despite the reality of the events being quite tragic. Twenty people were killed, out of about 200 convicted of witchcraft, most of whom were young women. They were not, in fact, burned at the stake; nineteen were hanged and one was pressed to death with heavy stones.

If you want to learn more about the history of this grim time period, Salem is less than an hour’s drive — and just over 30 minutes by train — northeast of Boston. The Salem Witch House and the Witch House at Salem are two places where you can satisfy your curiosity. During the Halloween season, the town becomes an epicenter for witchy celebrations and ghost tours. Beyond the witch trials, Salem is also home to the House of the Seven Gables, made famous by the Nathaniel Hawthorne novel of the same name. For a break from museums, head out to Palmer Point for a walk by the beach and some fresh sea air. 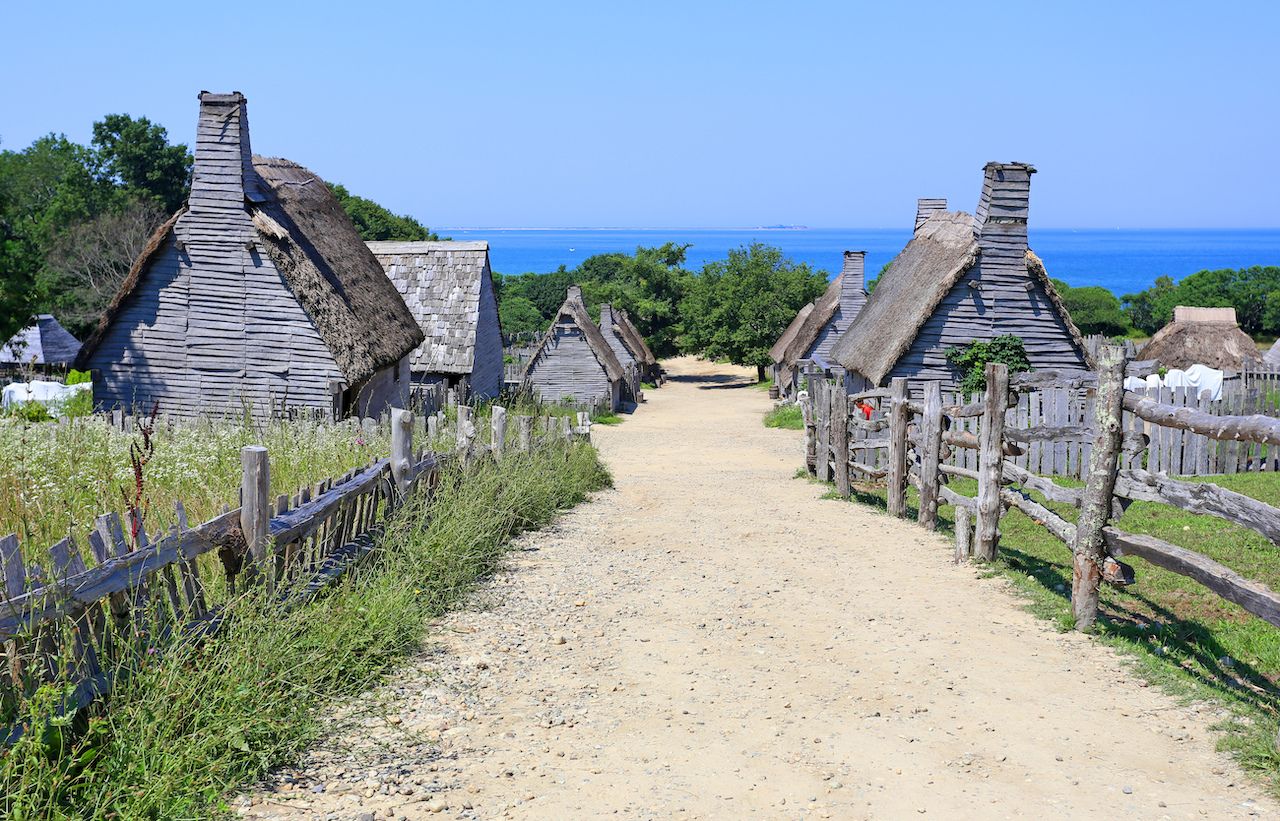 Halfway between Boston and Cape Cod is the coastal town of Plymouth, the site of the first pilgrim settlement. You can visit Plymouth Rock, the site where the pilgrims first landed in 1620 and see artifacts from their early settlement at the Pilgrim Hall Museum. If you have kids in tow — or if it happens to be November — you’ll enjoy visiting the Plimoth Plantation. It’s a recreation of what that early settlement might have looked like, complete with actors dressed as both the Native Americans who were already there and the immigrants who arrived on the Mayflower.

You’ll find plenty of lunch options along Court Street and a handful of seafood spots on Water Street. After lunch, walk out to the beach or head just north of town to Myles Standish Park for a walk through the forest.