Greenery has long been an important urban element in Boston, offering residents and visitors swaths of cool, leafy parks and grassy enclaves to counterbalance the grit and hustle of the city. Boston has a nearly 400-year-old park, and in the 1870s it commissioned Frederick Law Olmstead, the landscape architect behind New York’s Central Park, to design and build the Emerald Necklace, a 1,100-acre chain of nine parks, linked by parkways and waterways, that meander through the city. Green spaces are a key part of Boston’s landscape, and these are our favorites. 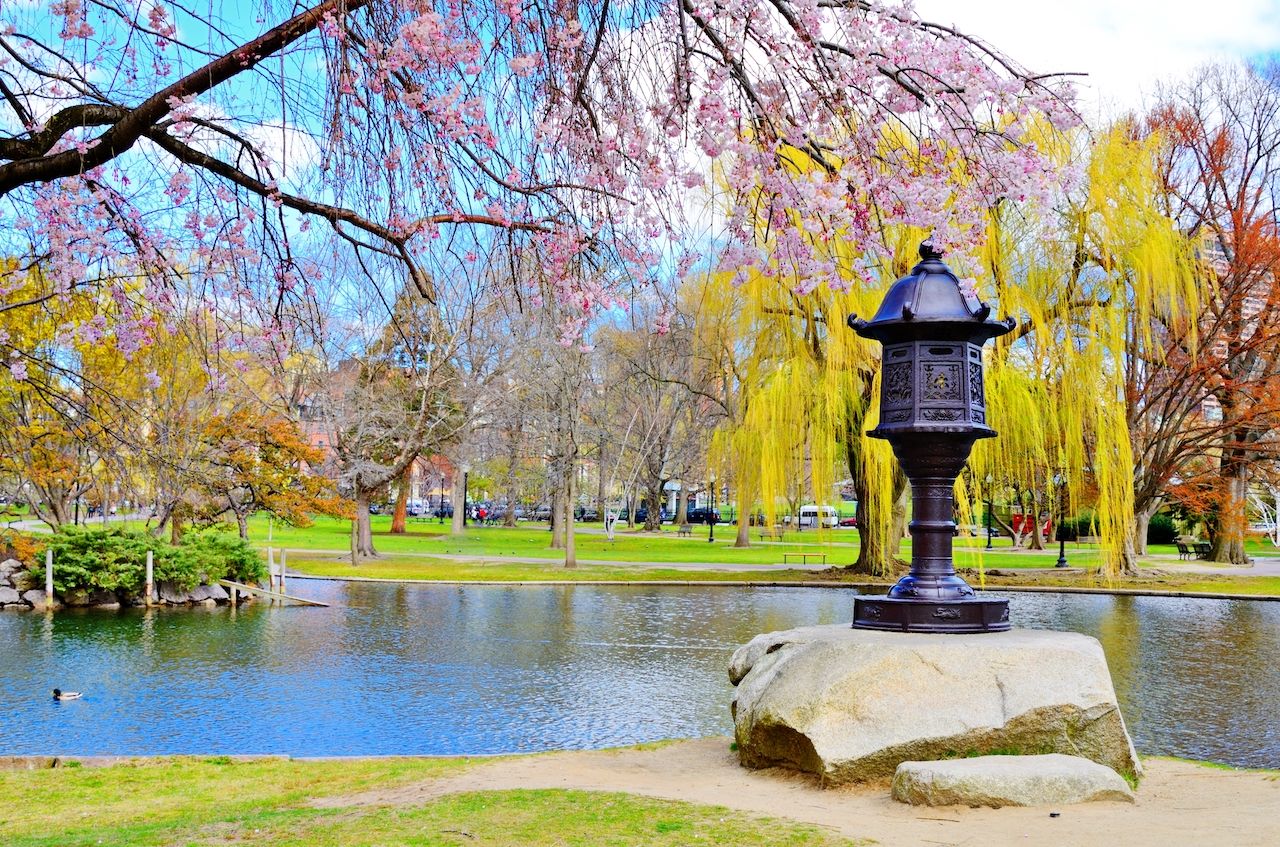 Boston Common — Established in 1634, Boston Common is the oldest park in the US. It’s where cows grazed, colonial militia prepared for the Revolution, and currently where locals and visitors gather to picnic, fly a kite, relax, or play on the grassy areas surrounded by trees, flowers, and narrow walkways. The Boston Common Frog Pond is a seasonal recreation area within the Common, which during the summer sprays water into a splash pool to the delight of children frolicking about and stages a weekly yoga class. Next to the pond, you can ride a classic carousel with a white-and-blue striped canopy from April to October, while come fall the pond holds a pumpkin float with floating luminaries. In winter, the pond turns into an ice skating rink. The Frog Pond Cafe offers simple fare, like grilled cheese sandwiches, burgers, hot dogs, and drinks. 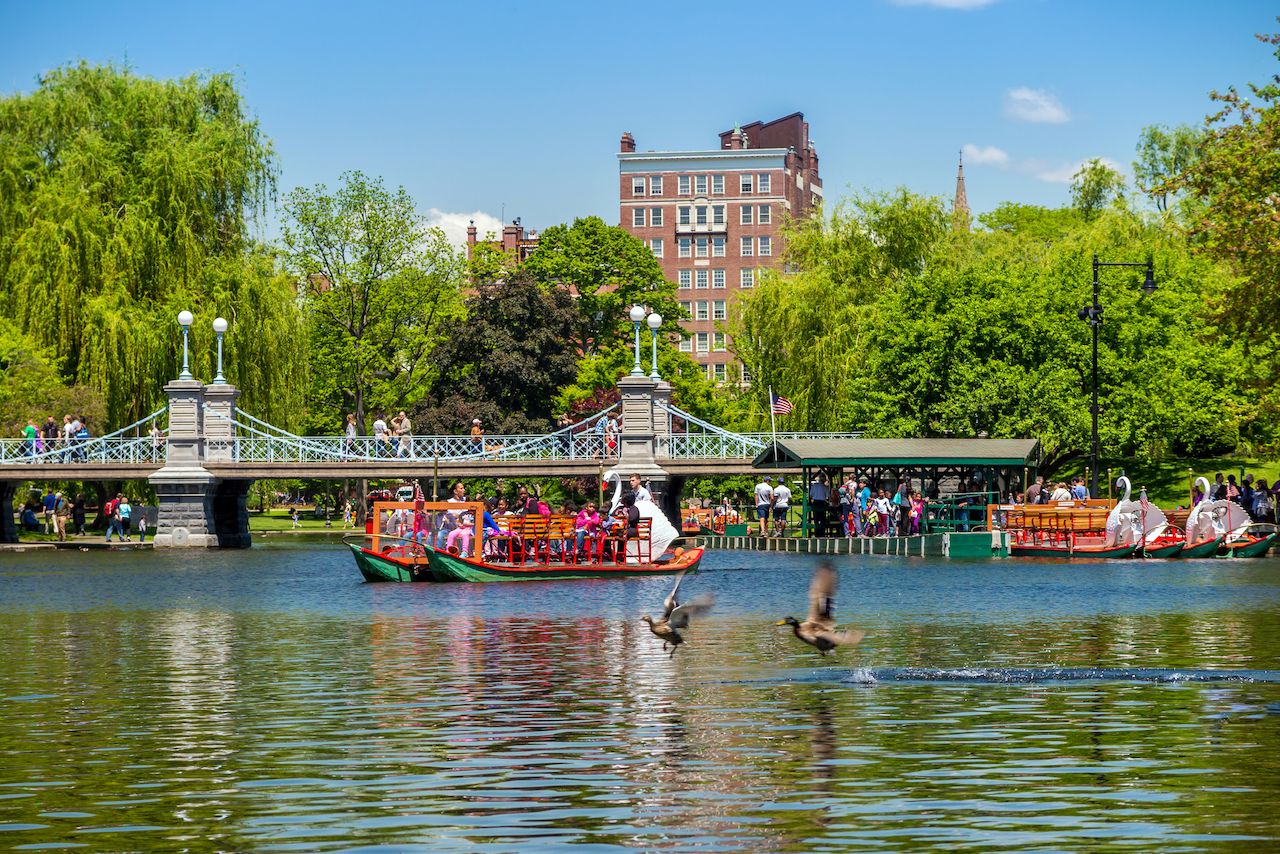 Boston Public Garden — The first botanical garden in the US was founded in 1837. Today, it serves as a bucolic oasis filled with weeping willows, ornate flower beds, statues, and the Lagoon. The Lagoon is a shallow pond home to local ducks and the Swan Boats, a fleet of century-old pontoon pleasure boats, where the driver pedals the rudder inside a giant white swan — although only in spring through fall. Children, teenagers, young couples, and seniors all enjoy this historic, picturesque green space, which fills up at lunchtime with picnickers during fine weather. 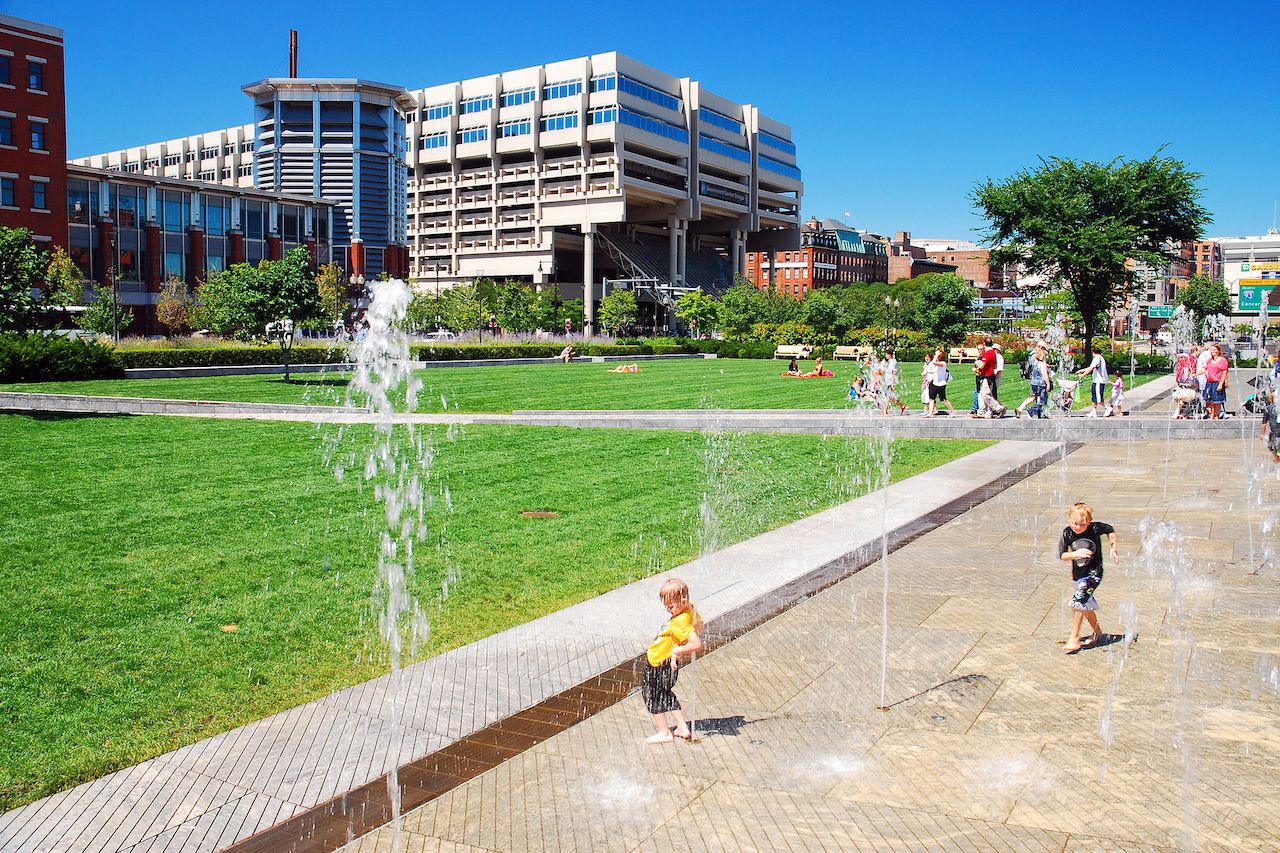 The Greenway — This linear belt of parks and gardens runs from Little Italy in the North End to Chinatown. The Rose Fitzgerald Kennedy Greenway Conservancy helped raise funds for the project and guide its design and implementation. Each park has a unique design, reflecting the character of the neighborhood in which it resides. For example, Chinatown has Uncle Frank & Auntie Kay Chin Park, which features a serpentine walkway edged with bamboo and ornamental plants common in East Asia, such as cherry trees and peonies. The trees, flowers, fountains, public art, historical sites, and promenades along the Greenway provide a welcome respite in this densely built area of the city filled with skyscrapers, traffic, and noise. 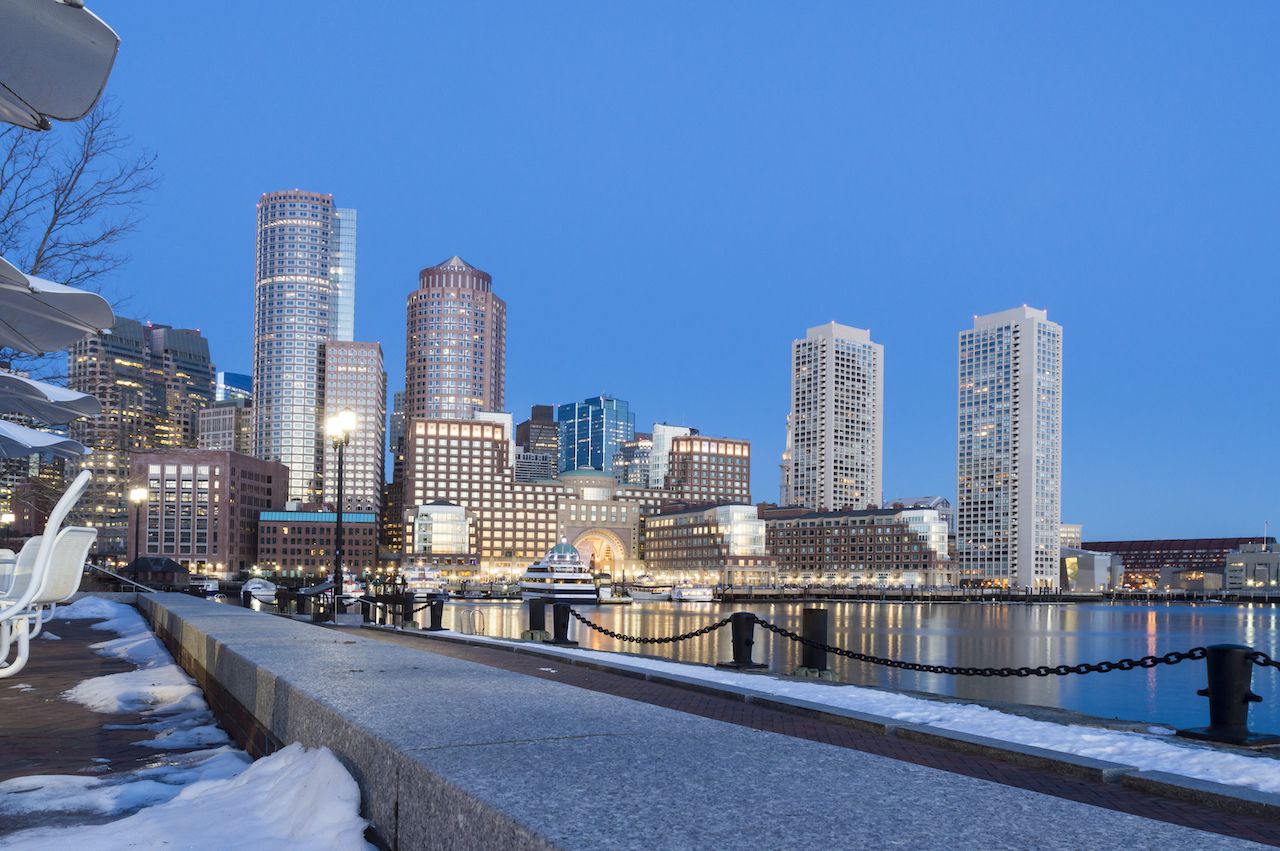 The Harborwalk — The Harborwalk is a largely coastal trail running 43 miles along Boston’s waterfront from East Boston to the Neponset River. It was created to enable residents and visitors to enjoy the city’s waterfront, despite ongoing development. Though bikers are allowed along select portions, the Harborwalk is mainly for pedestrians, passing through maritime and industrial areas, parks, and by cafes, piers, beaches, and various types of public art. 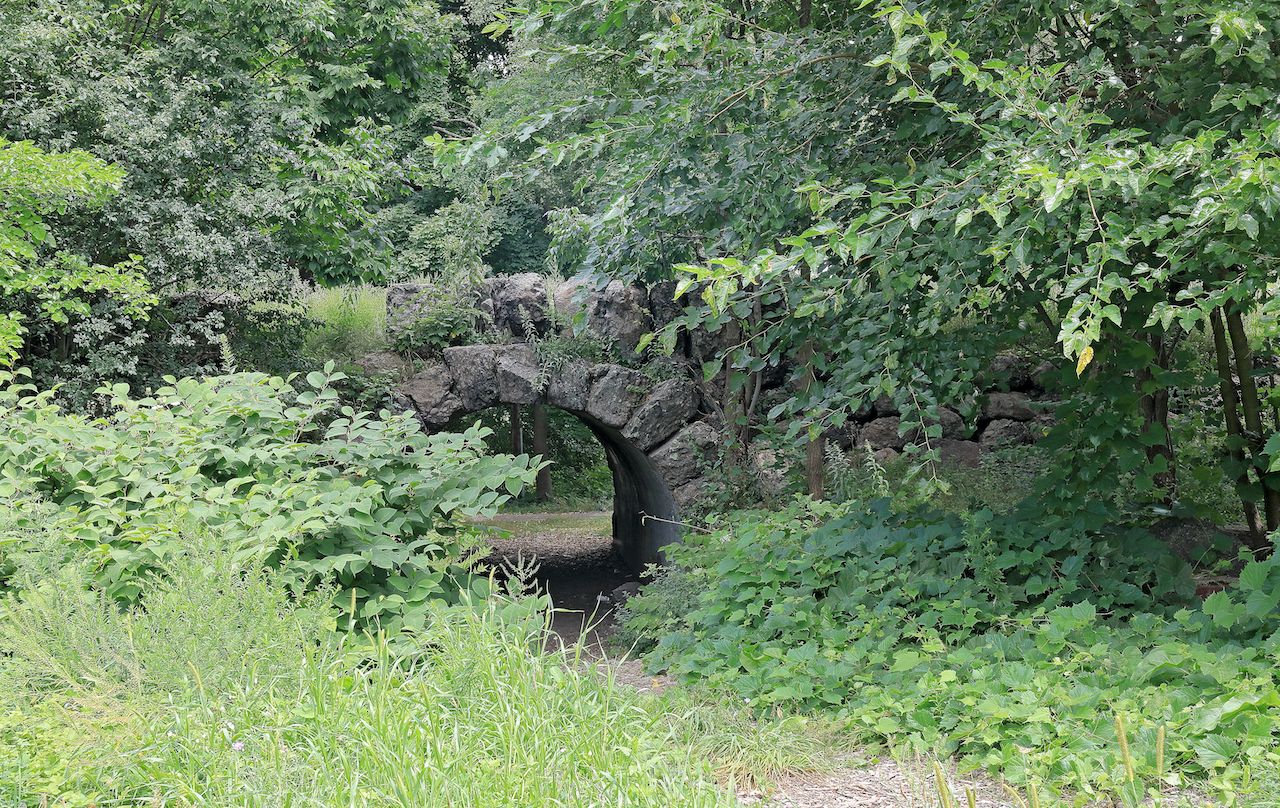 Franklin Park — This verdant green space in Roxbury is named after Benjamin Franklin, whose trust fund the city had hoped would finance the park; however, the city ended up paying for it. It’s most famous for being home to the Franklin Park Zoo, with hundreds of animals and birds from around the globe, ranging from a citron-crested cockatoo to a white-bearded wildebeest. The park has 65 acres of wilderness with footpaths that wind through clusters of oaks, pines, and hemlocks, and around hills and rocky outcroppings. Art programs are hosted all over the lawn during the summer months and there’s also an 18-hole public golf course — which is great for sledding and cross-country skiing during snowy winter months. The park also has playing fields, a 10,000-seat stadium, a pond with migrating birds, and School Master Hill, where transcendentalist Ralph Waldo Emerson lived for two years in a small cabin before the park was built. 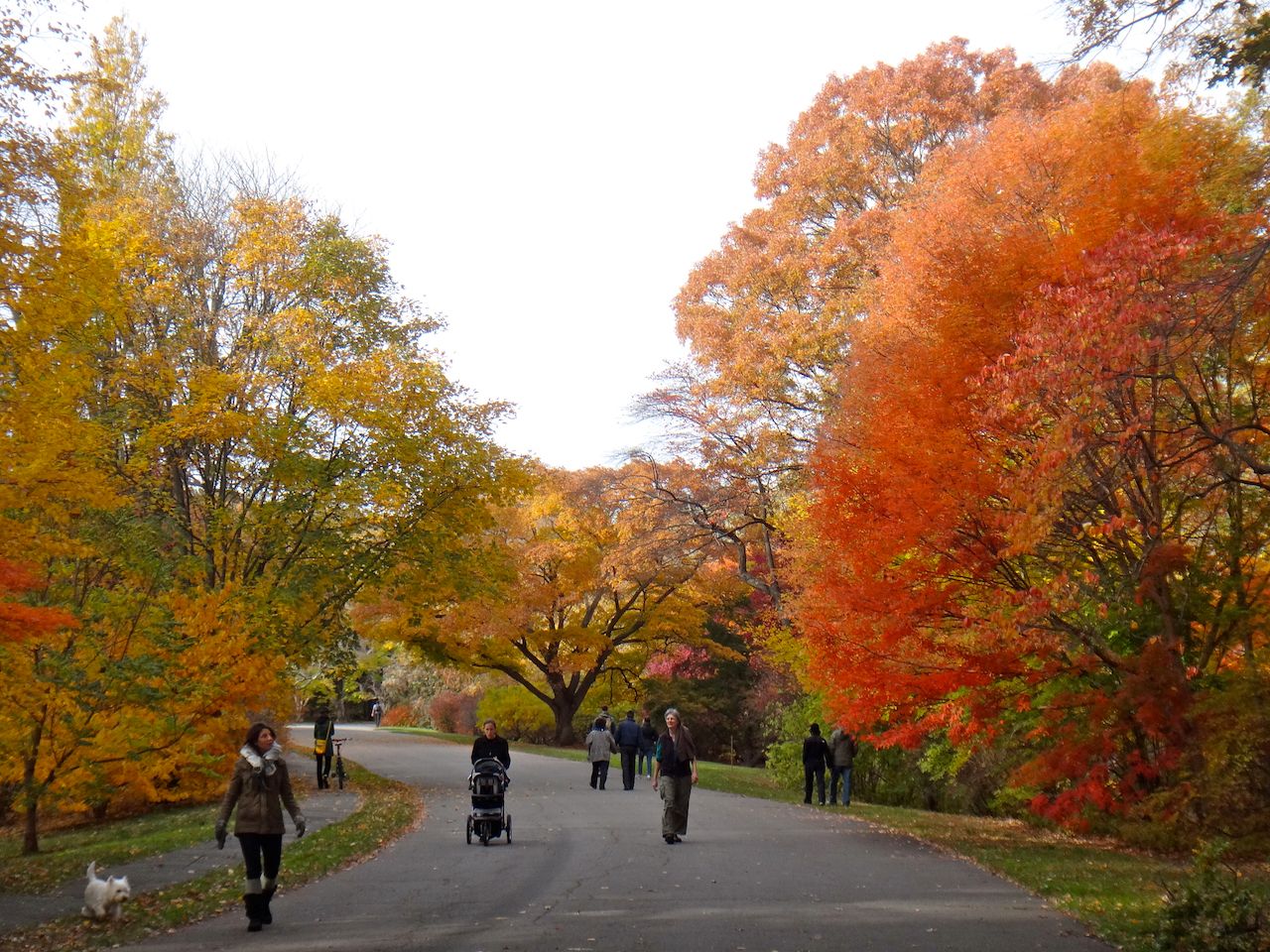 Arnold Arboretum — Founded as a public partnership between the City of Boston and Harvard University, this “living museum of plants” occupies 281 acres of land upon which grow 15,000 trees, shrubs, and vines that have been documented for research and education by Harvard students, faculty, Arnold Arboretum scholars, and visiting scholars from around the world. It’s free, open to the public 365 days a year, and has a jaw-droppingly beautiful collection of seasonal flowers, fruits, and foliage to view. There are free, guided, 90-minute tours on Saturdays, Mondays, and Thursdays at 10:30 AM, and Sundays at 1:00 PM, in addition to other seasonal walks and family activities coordinated through its visitor center.