Beyond its borderline unhealthy obsession with sports, Boston is first and foremost a place of history, education, and culture that places a premium on the arts. As a result the city abounds with galleries, museums, theaters, music venues, and performance spaces. Homegrown talent has ranged from Paul Revere and Gilbert Stuart to Aerosmith and Steve Carrel. Here are a handful of suggestions for exploring the city’s cultural offerings, which range from classic and historic to avant-garde and quirky. Check out the ArtsBoston Calendar for a comprehensive listing of what’s happening during your visit. 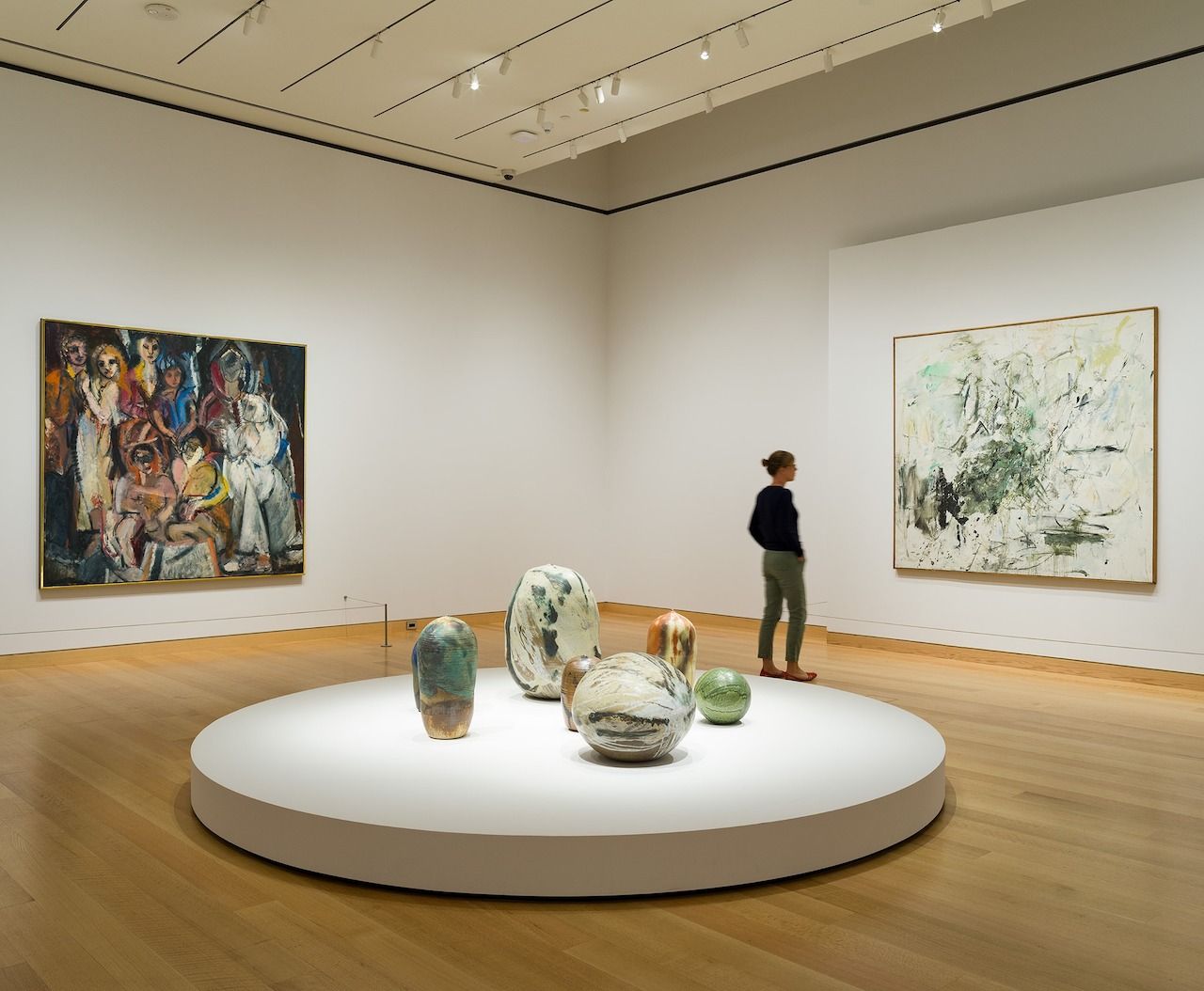 Museum of Fine Arts — With nearly 500,000 pieces ranging from photographs to textiles, jewelry, musical instruments, prints, drawings, and more, the Boston Museum of Fine Arts spans continents and time, displaying works dating from ancient Egypt to modern day. The MFA is open seven days a week, except major holidays, and you’ll find numerous free gallery tours, talks, and drop-in activities. Make sure to check the Arts of the Americas Wing for a deep dive into Boston artists, as well as Native American art. Some highlights of the museum include Childe Hassam’s impressionist rendering of At Dusk: Boston Common at Twilight, and Dale Chihuly’s stunning Lime Green Icicle Tower adjacent to the New American Café, serving fresh, seasonal appetizers, salads, and entrees made with local ingredients. 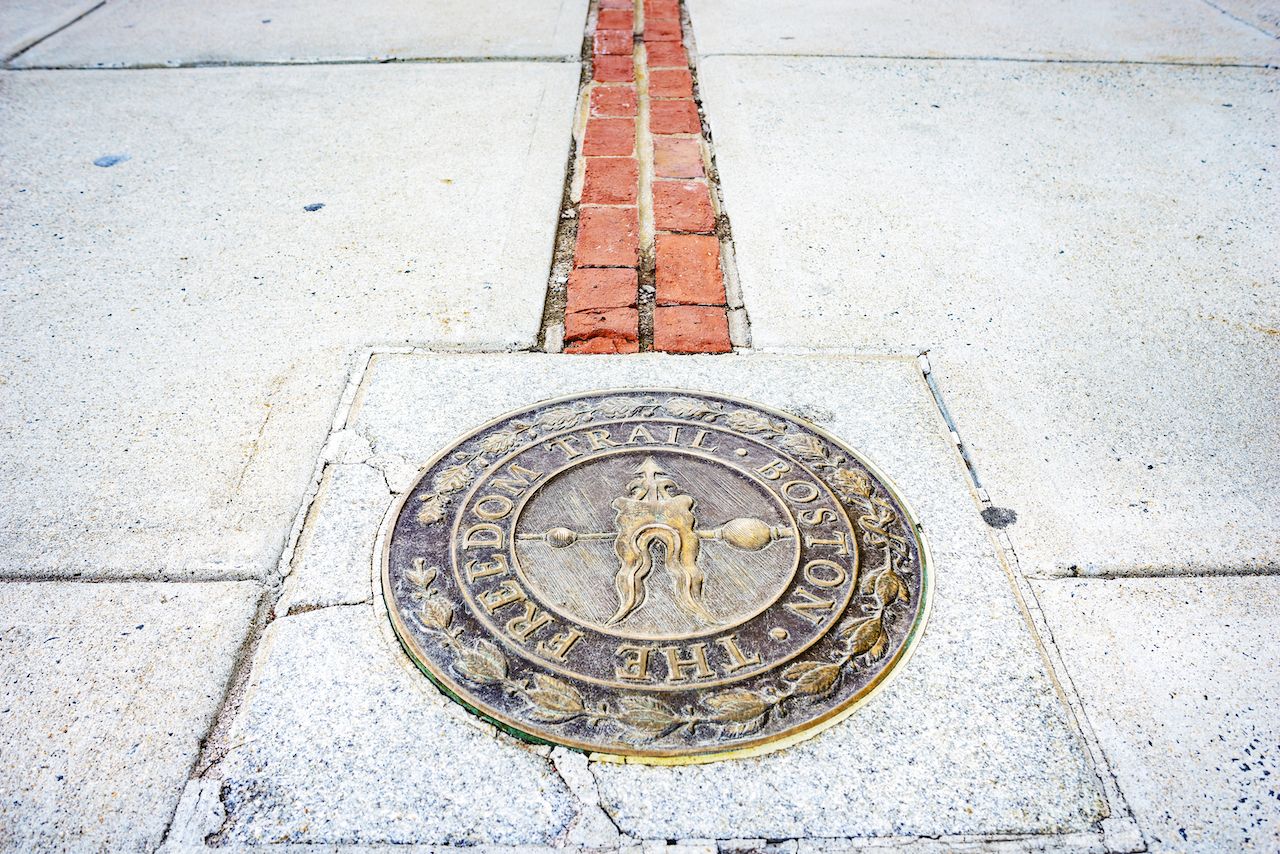 The Freedom Trail — Pick a nice day and head to the Boston Common Visitor’s Center in Beacon Hill where you can begin walking The Freedom Trail, a two-and-a-half-mile red-brick walking path that tells the story of Boston’s early history. The path winds its way past 16 nationally historic sites, such as Park Street Church, Granary Burying Ground, Old State House, and Paul Revere House. Take one of the guided tours to bring to life the various sites you pass with colorful stories, details, and lore. 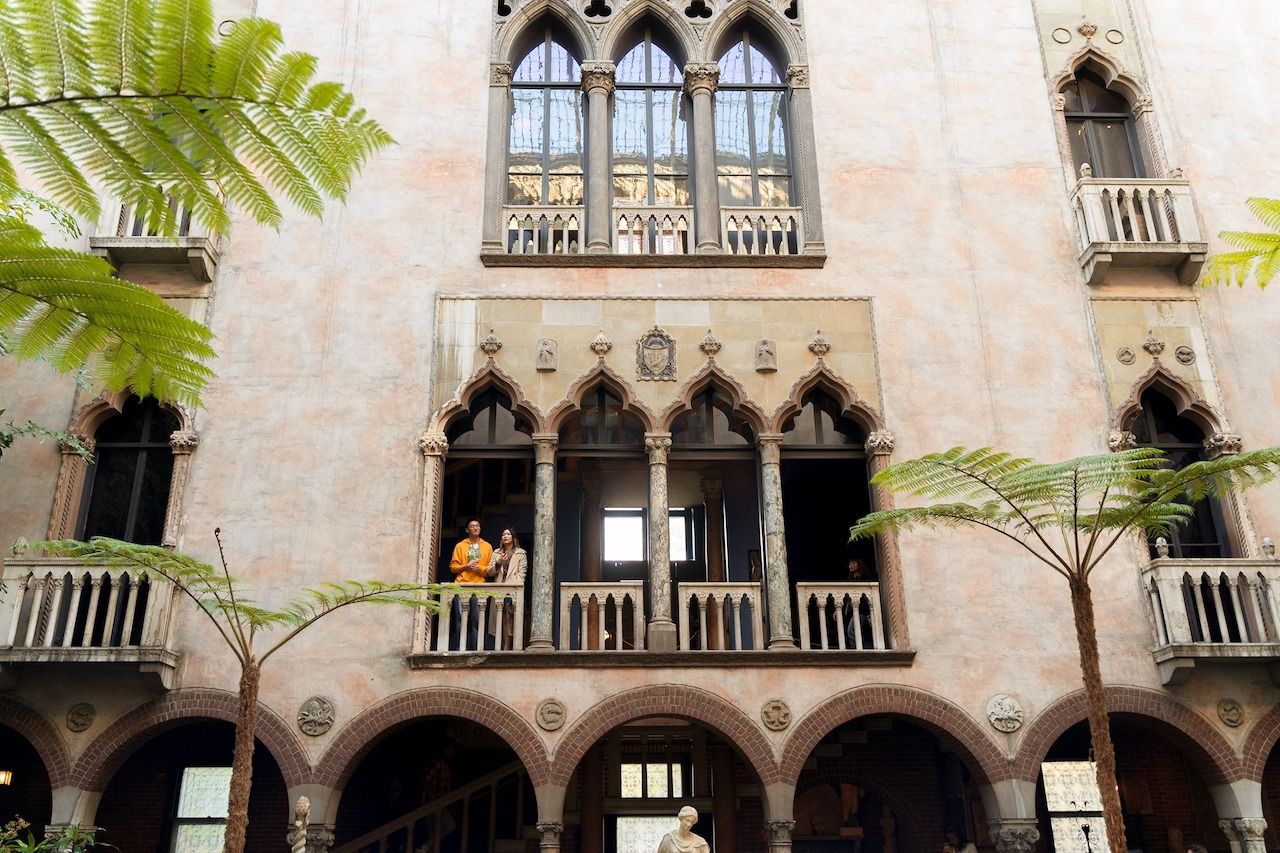 Isabella Stewart Gardener Museum — This museum made headlines on March 18, 1990, when two thieves wearing police uniforms were let into the museum and stole 13 works of art in fewer than two hours. The heist still remains unsolved with the empty frames serving as a grim reminder of the theft. Nevertheless, the museum is a Boston must-see if even just for its amazing architecture. Set in Gardner’s Venetian palazzo with a lush, flower-filled interior courtyard and gardens surrounding it, the museum displays Gardner’s 15,000-plus paintings, sculptures, silver, textiles, rare books, furniture, and other objects. The striking glass-enclosed Café G, designed by Renzo Piano, serves lunch and light bites Wednesday-Monday. 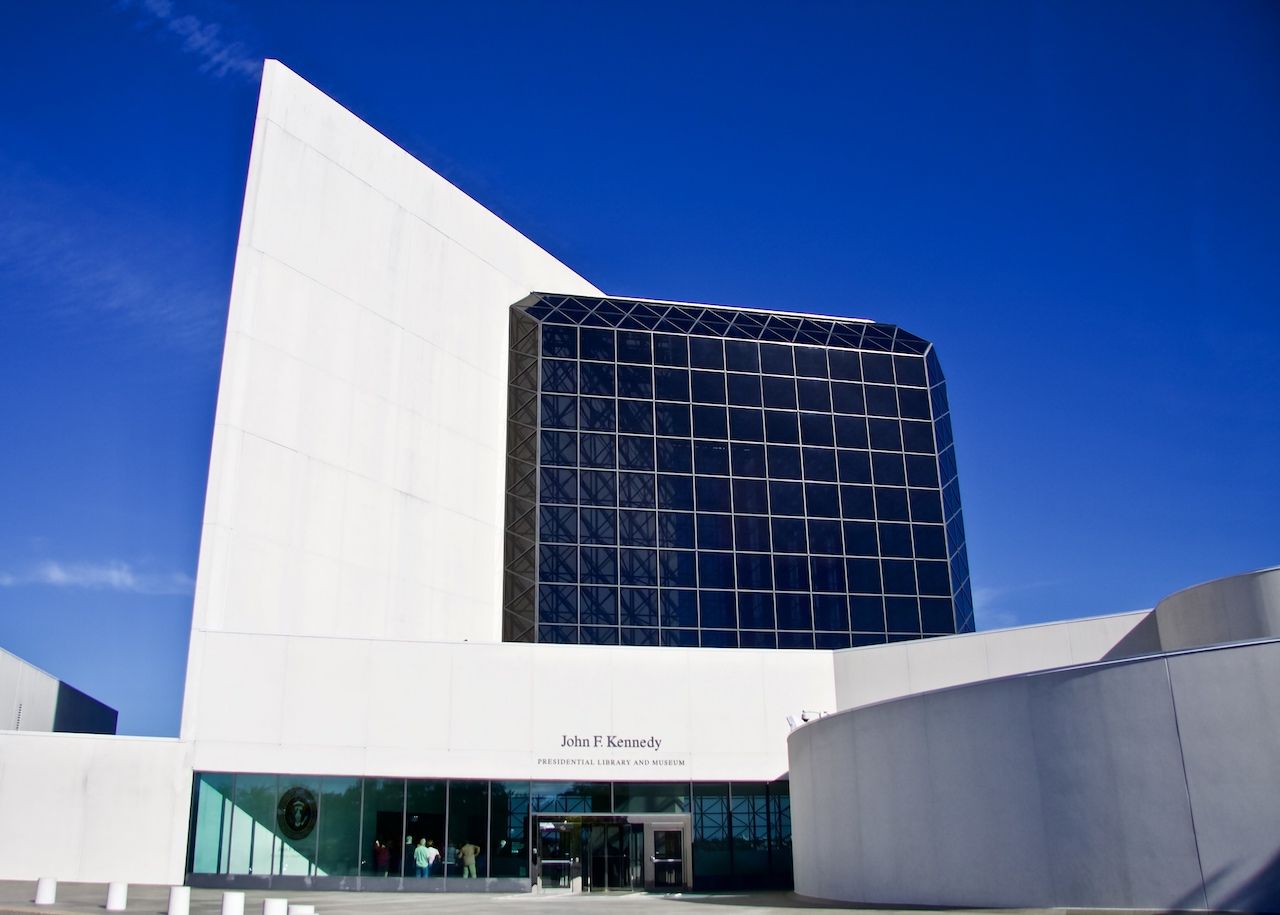 The John F. Kennedy Presidential Library and Museum — The Kennedy legacy looms large in Boston, and the city’s son, John Fitzgerald Kennedy (JFK), the 35th President of the United States, was an iconic figure not only across the nation but also around the globe. The JFK Library and Museum is one of 14 presidential libraries in the country and lies about 15 minutes by car from downtown Boston on Columbia Point in the Dorchester neighborhood of Boston.

Architect I.M. Pei designed the sleek, modern building, which opened in 1979, to celebrate the life, presidency, and legacy of JFK through films, interactive displays, and exhibits. The library houses JFK’s presidential and personal records, along with those of his wife, Jackie, and brothers Robert and Teddy. Interestingly enough, the library also holds 90 percent of Nobel Laureate Ernest Hemingway’s manuscripts, photographs, and personal papers, thanks to JFK helping arrange for Hemingway’s widow to travel to Cuba after her husband’s death to collect the author’s papers, along with Jackie Kennedy’s offer to display the collection at the Library. 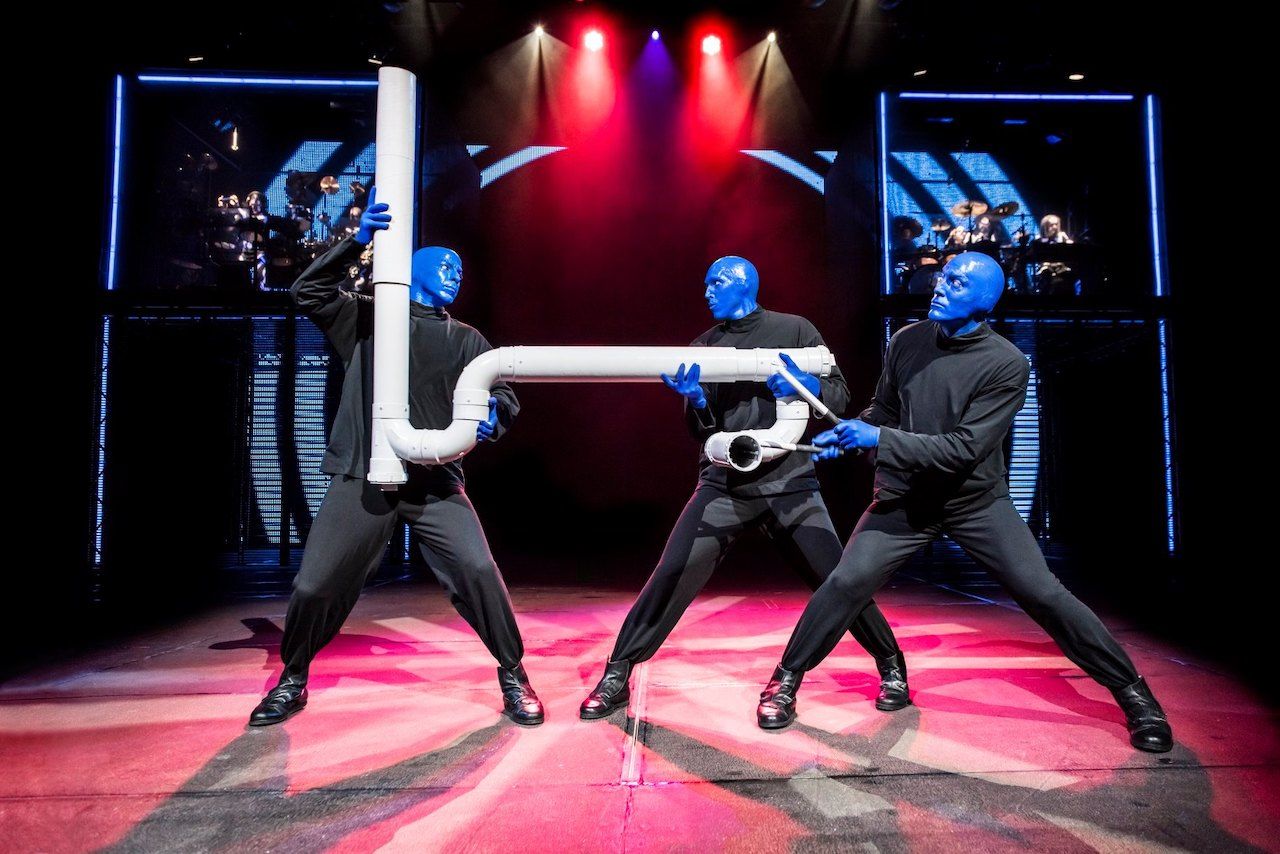 Charles Playhouse — What began as a speakeasy in 1839, before becoming a nightclub, is now a theater. It hosts the world-renowned Blue Man Group, a one-hour-and-40-minute performance of rollicking fun performed by three men with cobalt-colored, bald heads. Packed with music, comedy, theater, and dance, the actors explore and satirize cultural norms in colorful, fun, and surprising ways. Shows are ongoing and priced differently depending upon the day and time you go. 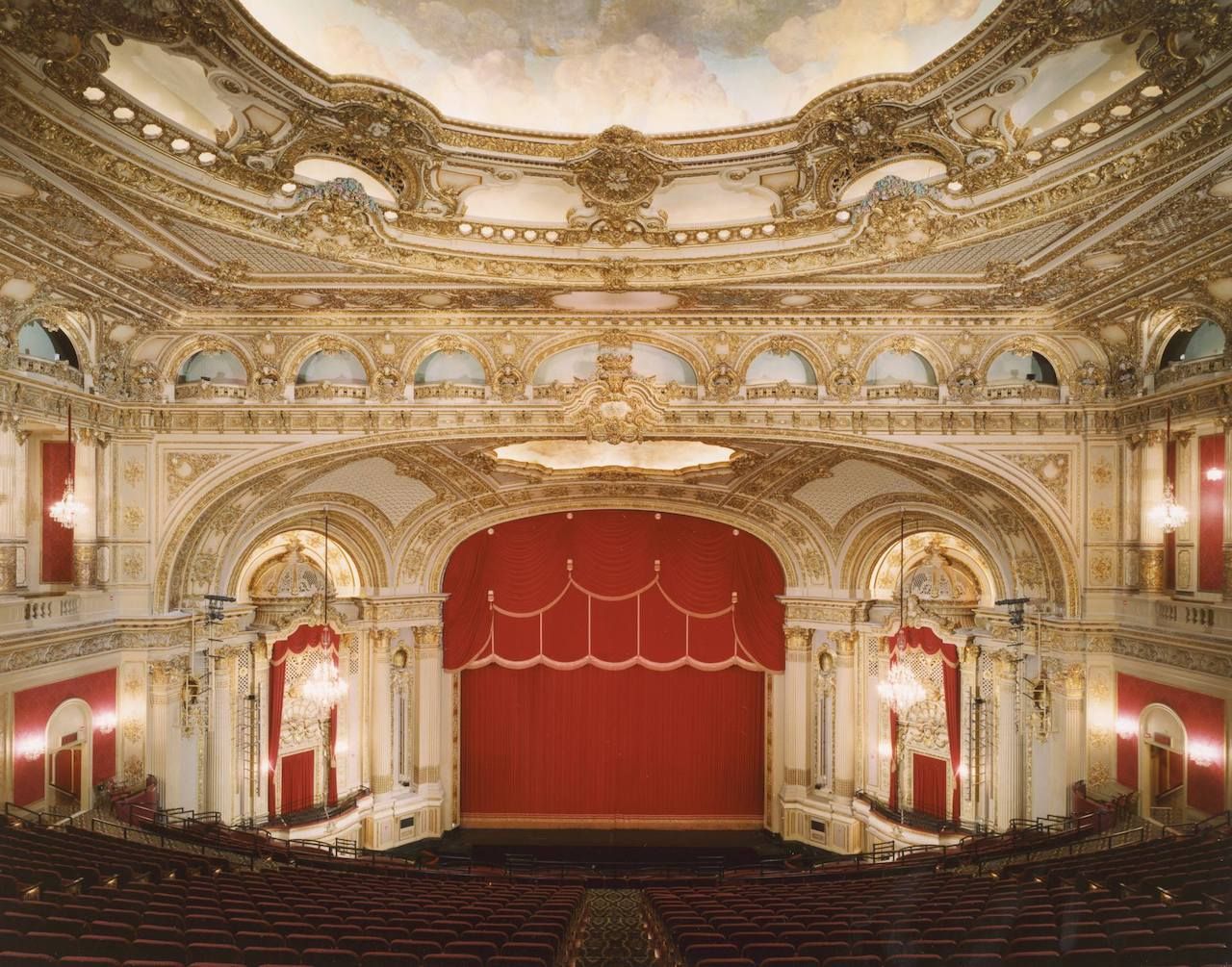 Boston Opera House — The Boston Opera House, whose proper and more recent moniker is Citizens Bank Opera House, is a cream, red, and gold-leaf confection built in 1928 by theater architect Thomas W. Lamb to host feature films and live vaudeville performances. Now, inside this baroque theater with its massive marble columns, decorative paintings, ornamental plasterwork, and red brocade, audiences enjoy Broadway hits like The Lion King and Cats, as well as cultural presentations, concerts, and ballet performances by The Boston Ballet, which now calls the theater its home. 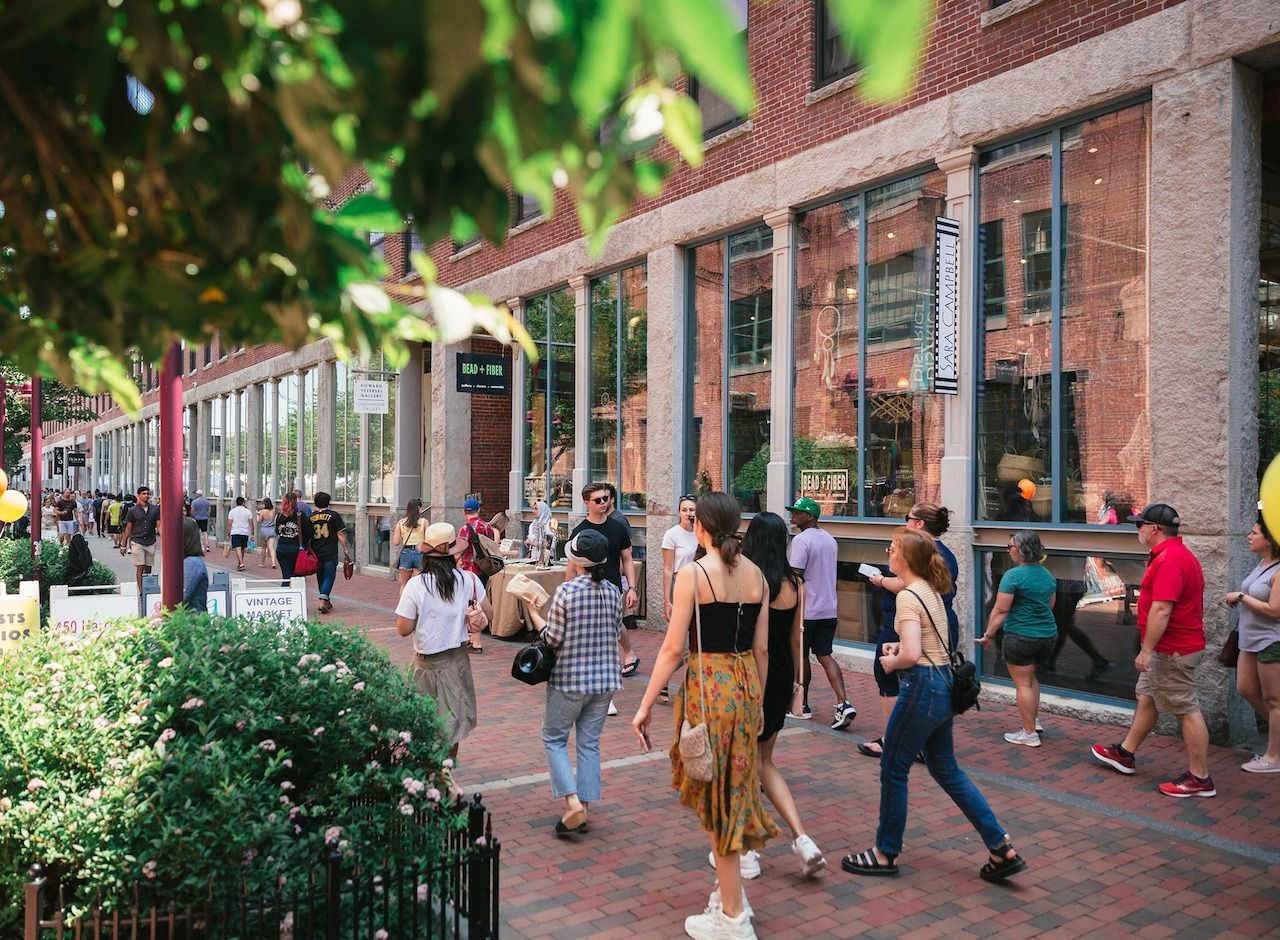 SoWa First Fridays — SoWa stands for “South of Washington,” which designates this rectangular pocket of the city running from East Brookline Street to East Berkeley Street and from Shawmut Avenue to Albany Street in the South End neighborhood. On the First Friday of every month from 5:00 PM to 9:00 PM, 200-plus artists, galleries, shops, and showrooms of the SoWa Art + Design District (450 and 460 Harrison Avenue) welcome the public free of charge. Stroll around and soak up some art, then grab a drink and some dinner at any of the delectable restaurants nearby, such as Gaslight Brasserie du Coin for rustic French fare and Meyers+Chang for lusty, fun, small-plate Asian. 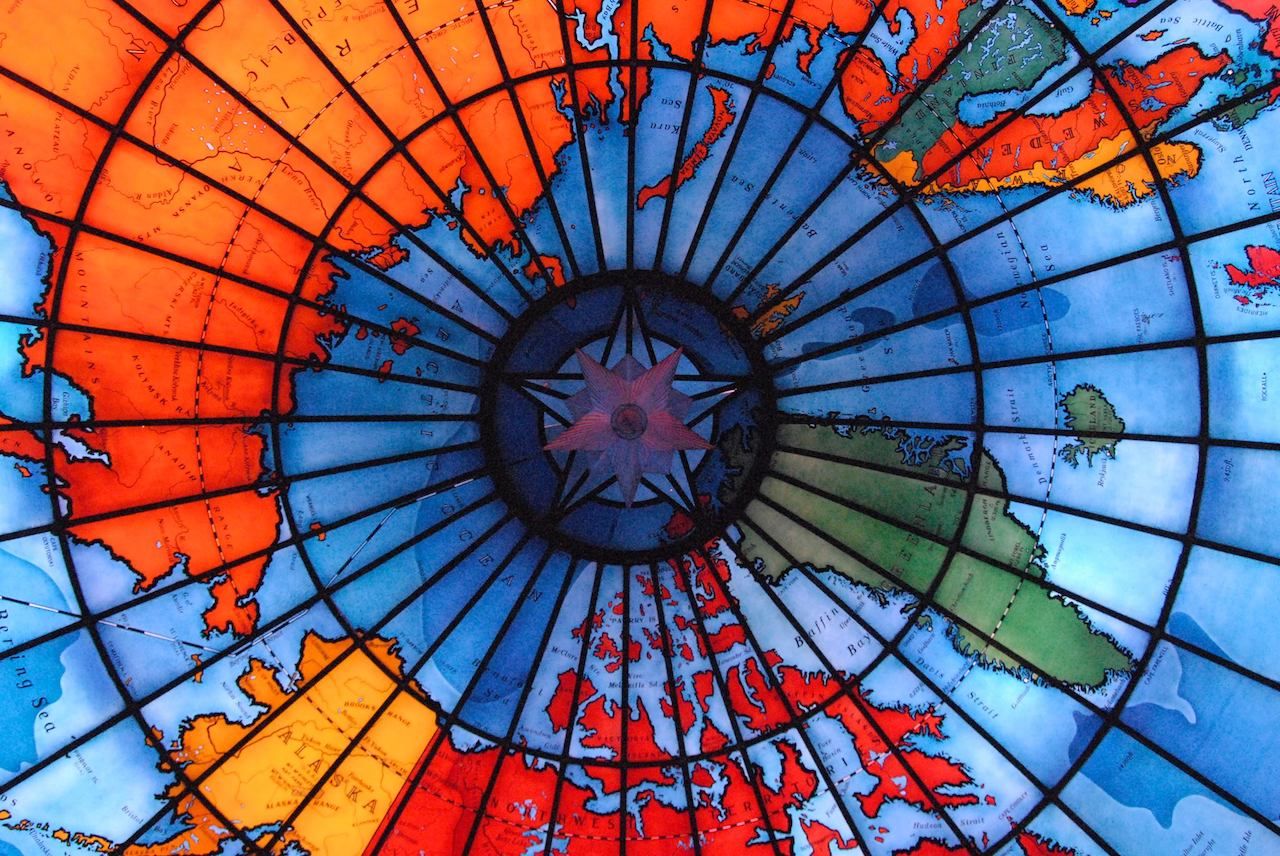 The Mary Baker Eddy Library — Although not particularly appealing for those who are not particularly interested in the story of Mary Baker Eddy (an American author, teacher, and founder of Christian Science), this library is a must-hit for the map-obsessed and world travelers. It houses the Mapparium, a magnificent, three-dimensional, stained-glass view of the world as it was in 1935 when the attraction was completed. 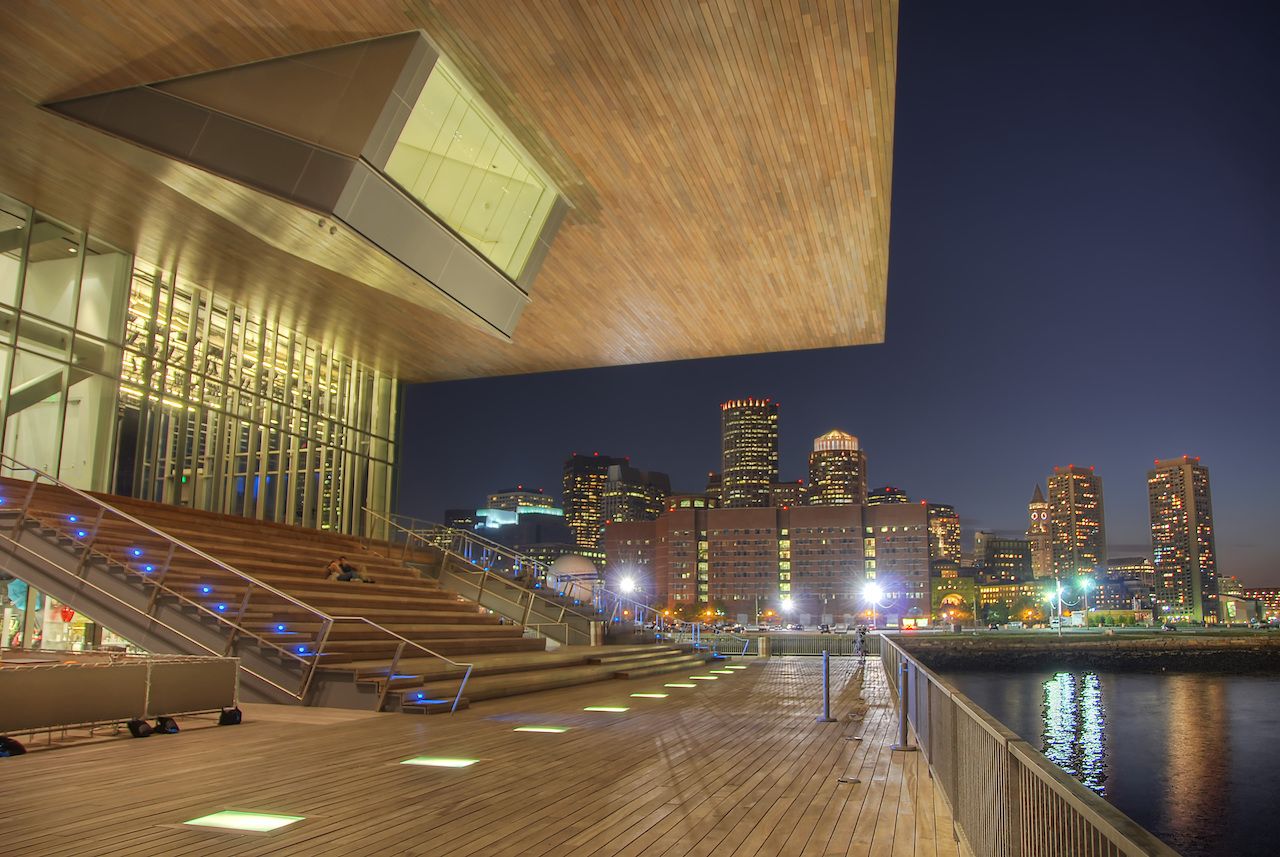 The Institute of Contemporary Art — A dramatic mix of glass and opaque metal overlooking Boston Harbor, the ICA fills its 65,000-square-foot space with contemporary art, including film, literature, performance art, and visual art. In addition to major thematic exhibitions, the museum displays works from well-known and emerging artists, such as Andy Warhol and Cindy Sherman to text artist Jenny Holzer and found-object artist Nari Ward. In 2018, the museum opened the ICA Watershed, a 15,000-foot space for large-scale works located in the Boston Harbor Shipyard and Marina. The museum is free on Thursday nights from 5:00 PM to 9:00 PM.