So you’ve made your high school history teacher proud and seen all of Boston’s requisite sites. You’ve gotten a taste of the major neighborhoods, but it’s time to get to know them better, as well as appreciate the city’s natural beauty. Take it easy in the morning with brunch before diving into Boston’s main shopping artery, famous parks, and even more historic sites and delicious bites. After an all-out day one, you’ll appreciate seeing the city at your own pace. 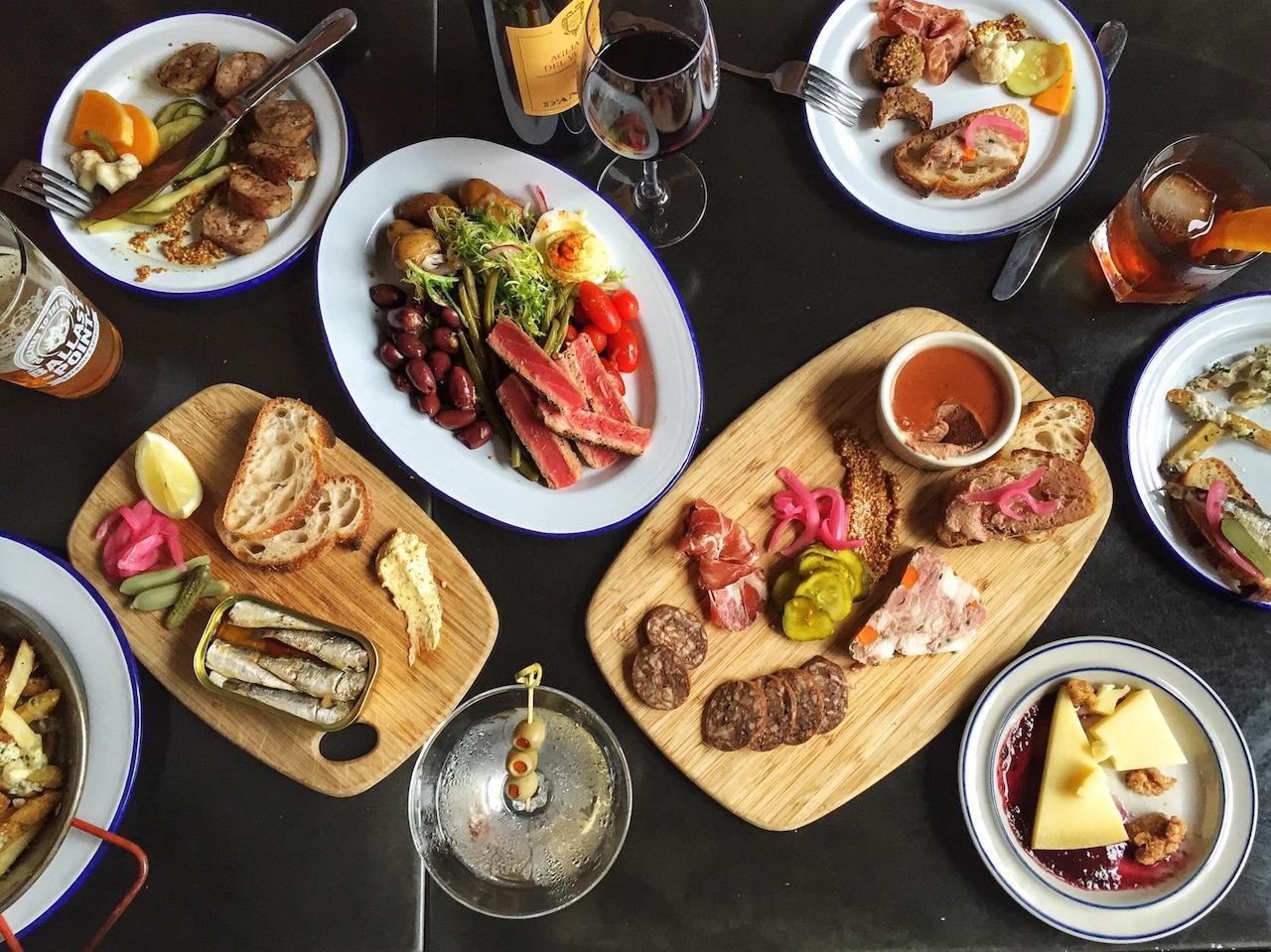 There’s no shortage of brunch spots in Boston. Ask us, though, and we’ll direct you to Deep Ellum in Allston. For the undergrads who’ve claimed the neighborhood, the long-loved haunt is part of a weekend ritual: Saturday night drinks followed by Sunday morning hangover cures. Skip the nightlife if you’d rather not mingle with co-eds, but do swing by for brunch to see a part of the city you might not otherwise. If nothing else, go for menu items like the kimchi dog, duck confit hash, and house-cured salmon tartine.

If we’ve scared you off with Allston’s student-centric reputation, try Zaftigs Delicatessen in Coolidge Corner instead. One of the livelier spots in sleepy Brookline, Zaftigs serves all the classic Jewish deli treats you crave, including some of the best bagels in town.

Shop down Newbury Street or walk along the Esplanade 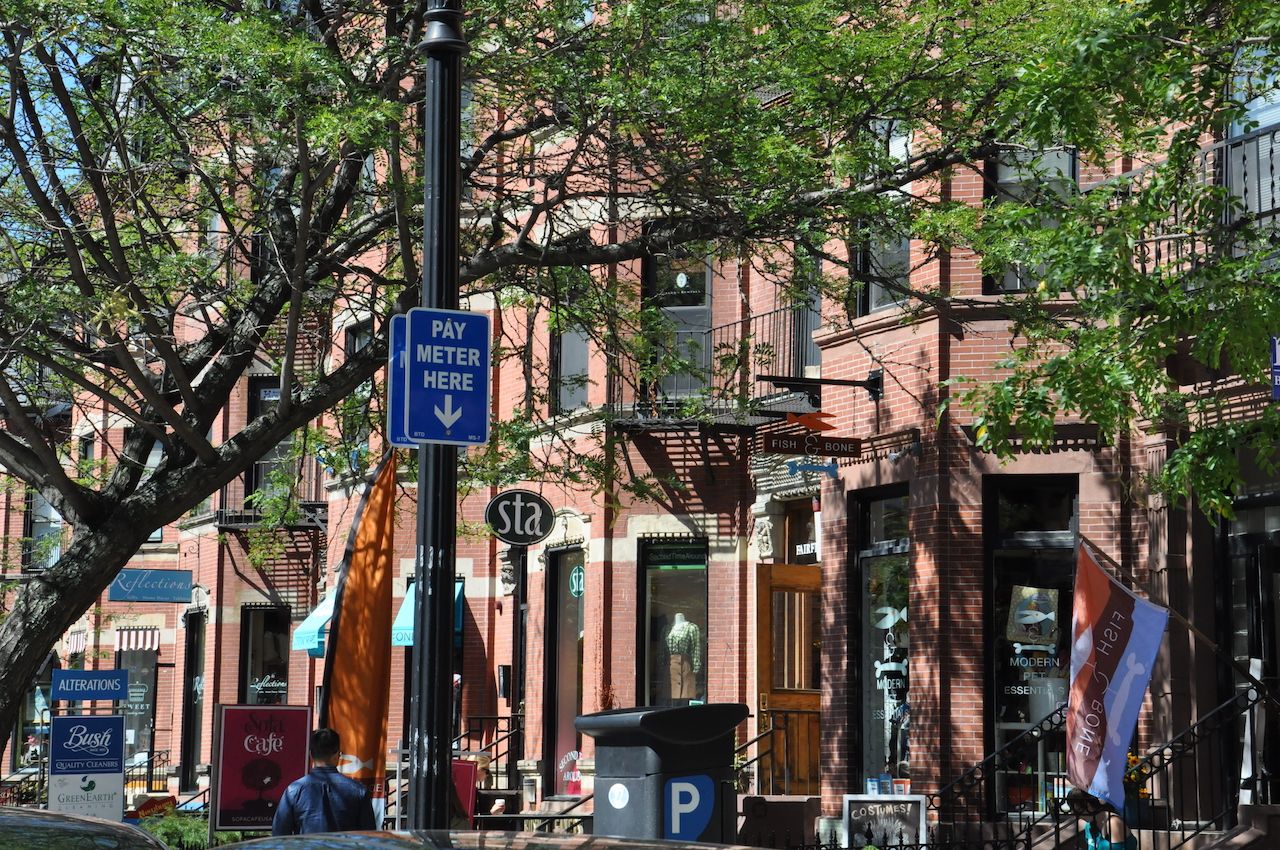 After brunch, head toward Back Bay to do some shopping on Newbury Street, which runs from Hynes Convention Center to the Boston Public Garden. There, you’ll find all the designer labels, as well as local-favorite stops like Newbury Comics and Trident Booksellers and Cafe. It’s worth walking the length of Newbury Street even if you aren’t a shopper, but you can also follow along the Charles River for a more scenic route across the city. Running parallel just a few blocks away is the Esplanade, a three-mile park filled with green spaces where you can watch rowers glide across the water and snag killer views of Cambridge on the other side.

Get to know the twin parks 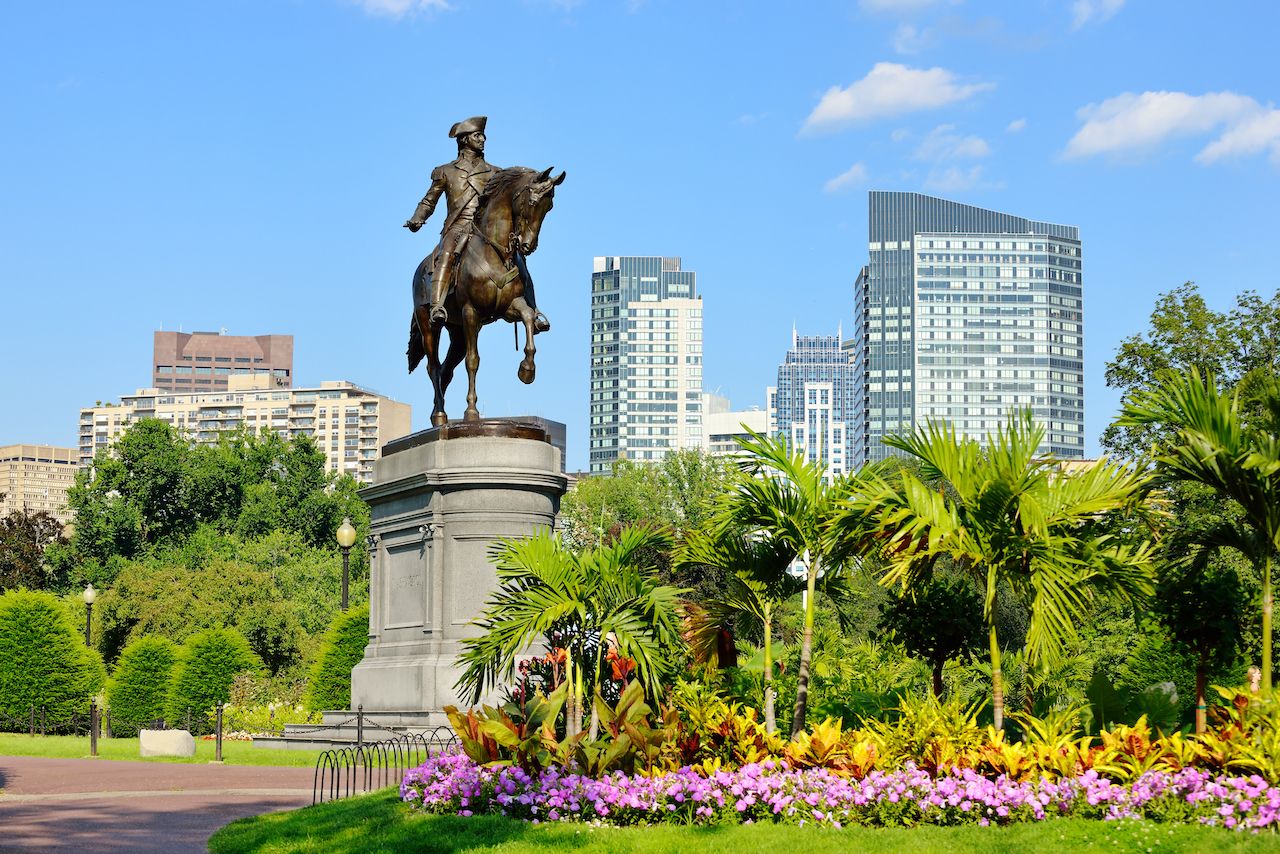 Traveling east on Newbury Street, you’ll wind up by the western edge of the Boston Public Garden, which sits adjacent to Boston Common. Though you may have passed through on your tour of the Freedom Trail, this is your opportunity to dig deeper into the twin parks and see what activities they have in store. What you do there will depend on the season, whether it’s ice skating on the Common’s Frog Pond on a snowy afternoon or riding a Swan Boat through the Public Garden’s lagoon on a hot summer day. Pop culture addicts will also find the Cheers bar near the garden’s northern boundary, not far from where the Esplanade ends. 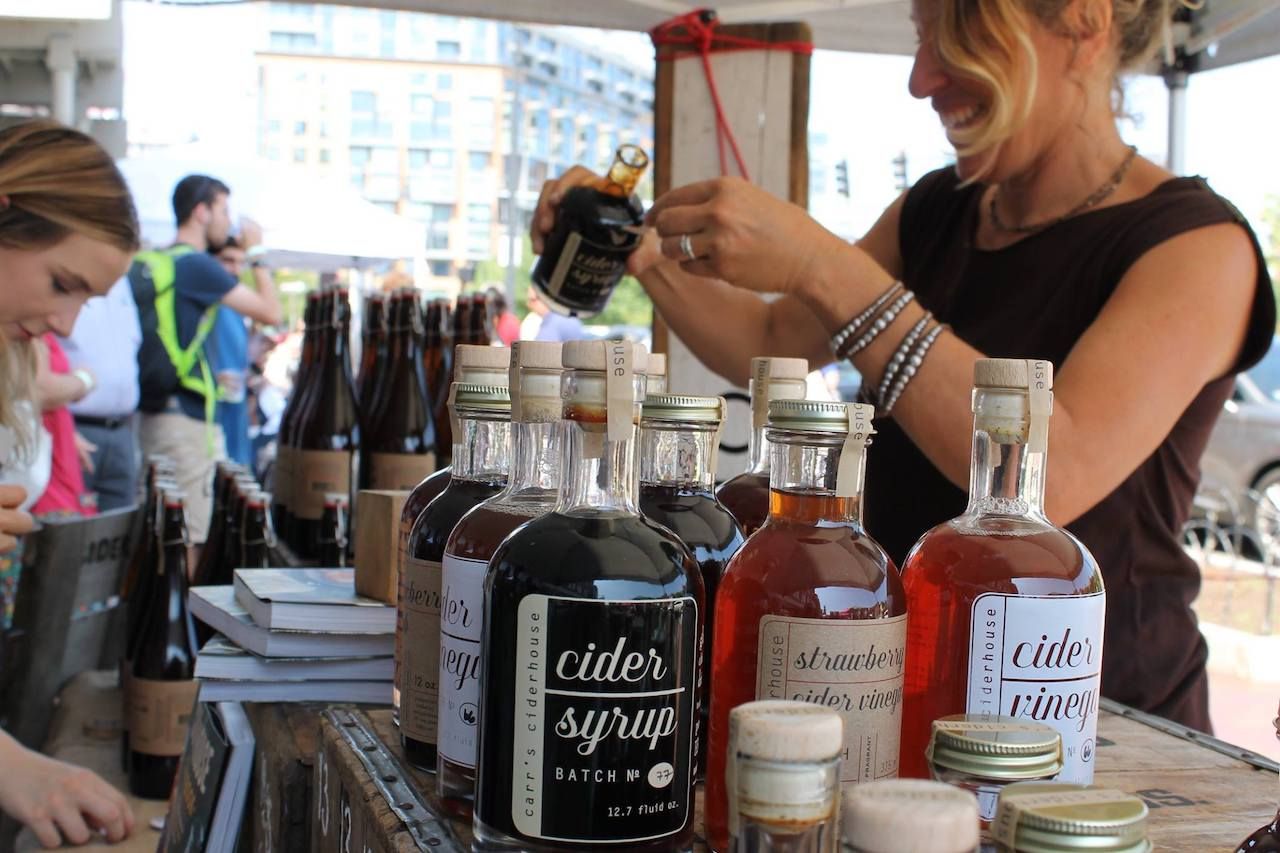 There’s something for everyone at Boston Public Market, a 35-vendor food hall in the city’s Market District, which also includes the biweekly Haymarket street fest and nearby Quincy Market in the Faneuil Hall Marketplace. There are two ways to approach lunch here: Stock up on artisan picnic ingredients like fine New England cheeses, sustainably harvested smoked fish, cold-pressed juices, and craft chocolates from various stalls, or choose from a range of pre-prepared meals. Think crepes loaded with creative ingredients, rice bowls, or Middle Eastern fusion. 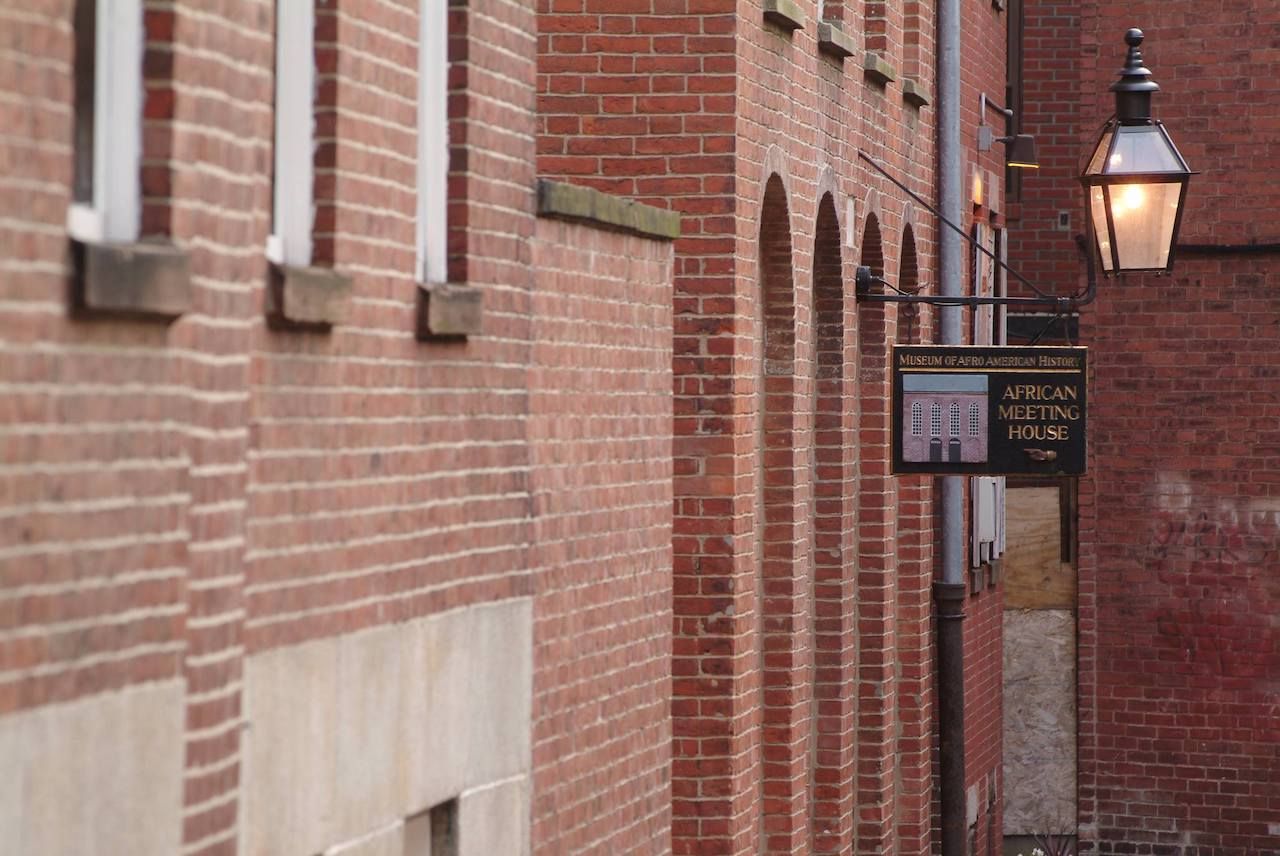 Between the Boston Public Market and Boston Common is Beacon Hill, one of the most historic neighborhoods in the city. It’s also one of the most charming with red-brick rowhouses lining gaslit cobblestone lanes, brownstones butting up against boutiques and bistros, and the gold-domed Massachusetts State House overlooking it all.

The Freedom Trail cuts through Beacon Hill, but there’s another historical route concentrated in the neighborhood that’s deserving of your time: the Black Heritage Trail. Included on the 1.6-mile walk are sites like the 1835 Abiel Smith School, now the Museum of African American History, and the neighboring African Meeting House, the oldest remaining black church in the US. Also worth seeing in Beacon Hill are the Nichols House Museum, a national historic landmark converted from an 1804 townhouse, and Vilna Shul, a late-19th-century synagogue built by Eastern European immigrants that remains a hub of Jewish cultural activity today.

Take a sunset cruise around the Boston Harbor 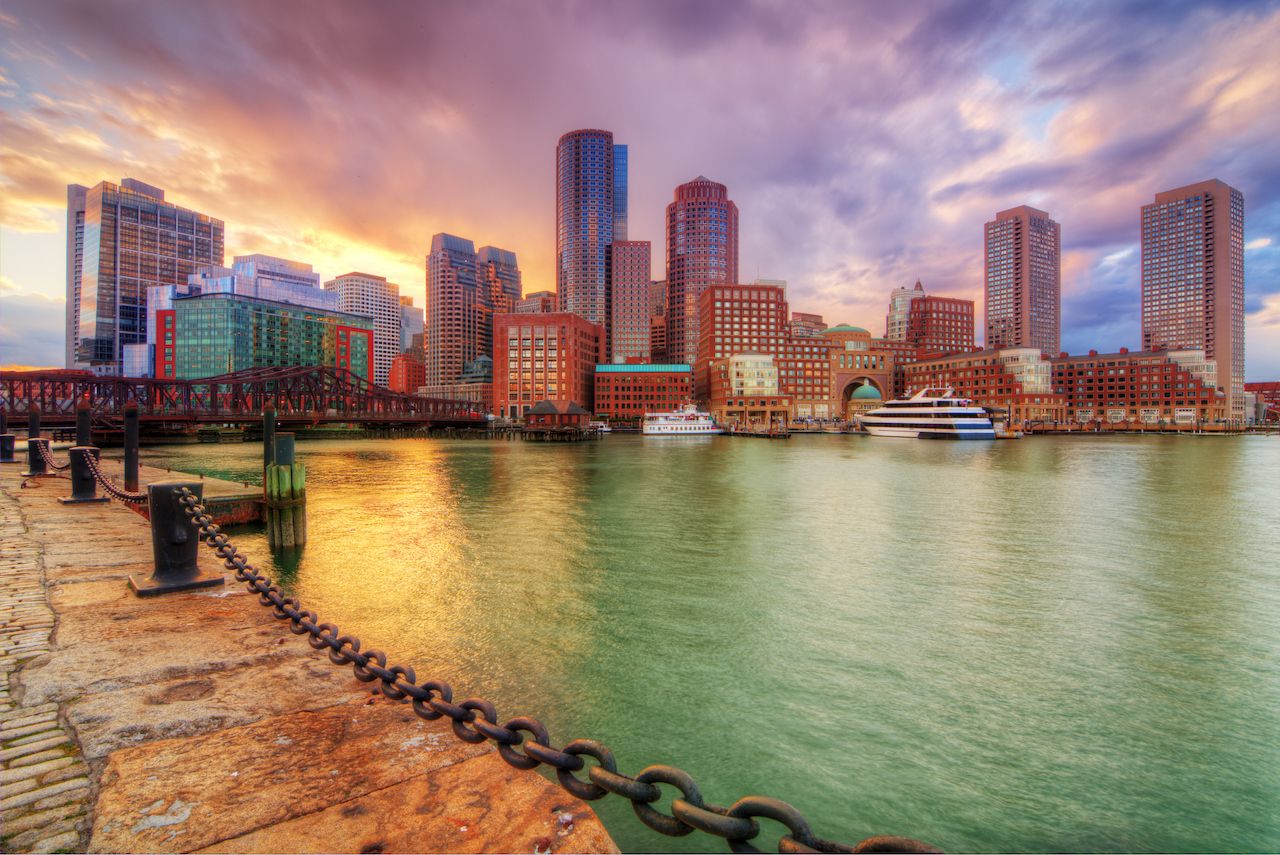 However spectacular it is to gaze out at the water, nothing will make you appreciate Boston’s landscape like getting out on the harbor. Boston Harbor Cruises runs a sunset cruise daily from May to August and on Thursday through Sunday in early September. The route ferries guests past attractions like the USS Constitution and the Harbor Islands. To spice things up, those of age can also opt for the sunset cocktail cruise, complete with music and snacks.

Even if you’re visiting in the off-season, spend your second evening by the water. Whether that means tackling part of the Boston Harborwalk, stopping by the New England Aquarium before it closes, or going out for an aperitif at the Lookout Rooftop bar atop The Envoy Hotel is up to you.

Dinner and dessert in Little Italy

Buckle up for Italian tonight, which you’ll find at every budget in Little Italy. Standouts on the pricier side include Prezza, which puts a refined twist on traditional “peasant-style” cooking, and Mamma Maria, where you can pair melt-in-your-both osso buco with a fine Italian red a stone’s throw from the Paul Revere House. Less expensive, and more family-friendly, are the huge portions at La Famiglia Giorgio’s or handmade pasta dishes at Giacomo’s.

Wherever you end up, skip the dessert course but save room for a bakery bite. Many swear that Mike’s Pastry, open until 10:00 or 11:00 PM, has the best cannoli in town, while Bova’s Bakery has established itself as serious competition where sweet Italian treats are concerned. It probably helps that it’s open 24 hours a day.