Boston is among the oldest, most historic cities in America. It’s evident from the moment you set foot in neighborhoods like Beacon Hill and the North End, which, alongside Boston’s many other bustling pockets, double as testaments to the cool, modern city it’s become. With only one day in town, you can travel through the ages, from the centuries-old landmarks memorialized on the Freedom Trail to Fenway Park, the city-defining stadium that draws massive crowds every baseball season. Boston is pleasantly walkable, assuming you’re dressed for the weather, so prepare to get up-close and personal with the state capital on your one-day tour.

Grab a quick, but filling, breakfast 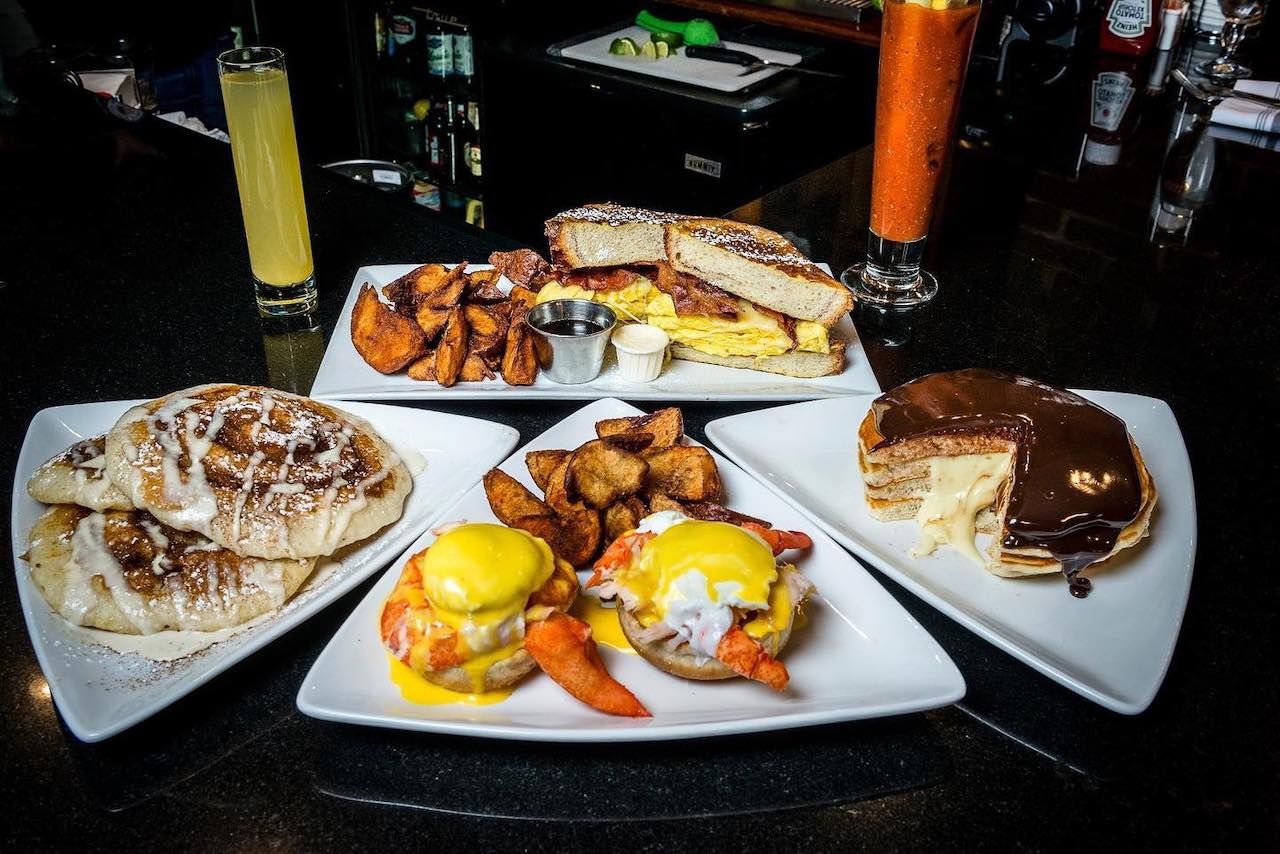 There’s a lot to see in Boston. You’re going to be busy with only a day in the city, so start the day with breakfast by your accommodation. If you book a hotel, there’s a good chance you’ll be staying in the North End or Back Bay neighborhoods. The North End is better known for its Little Italy dinner spots, but there are breakfast options, as well. Head to North Street Grille for classic American fare or try the Thinking Cup cafe on Hanover Street for something lighter. There’s a Thinking Cup in Back Bay, too, but it’s hard to beat the bright decor and eggs Benedict menu at Back Bay’s The Friendly Toast or sweet and savory pastries at Flour Bakery + Cafe.

Follow the Freedom Trail through the city’s historic core 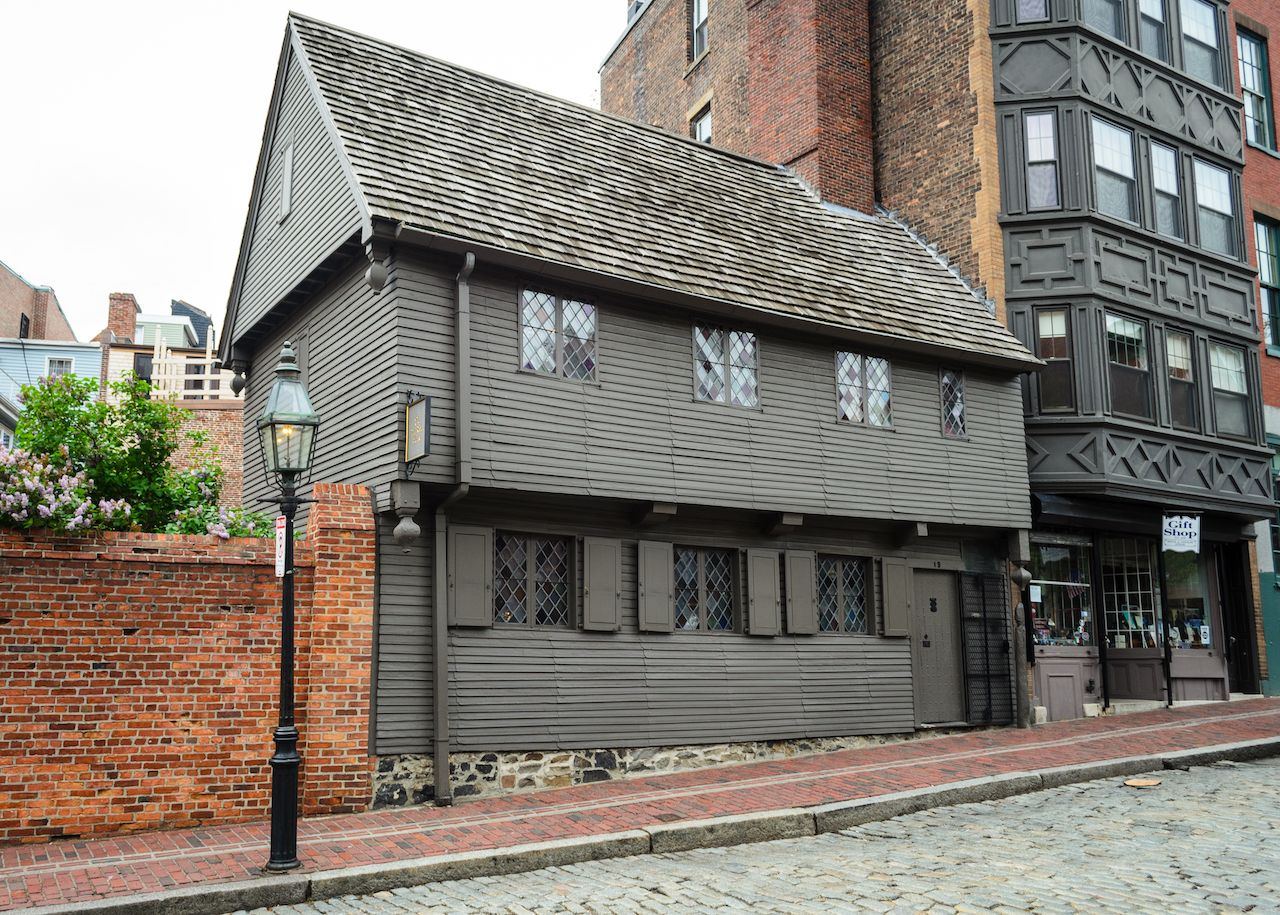 Meandering through the heart of Boston, the Freedom Trail is a 2.5-mile route peppered with historic sites dating back to the American Revolution. There are 16 points of interest in total, many of which, like Boston Common, the nation’s oldest public park, are still beloved today. Reserve at least 90 minutes to take in sites like 17th-century Paul Revere House, 18th-century Old North Church, and longtime commercial center Faneuil Hall where Bostonians like Samuel Adams set a precedent for exercising free speech at town meetings, earning the site its “Cradle of Liberty” nickname.

Official tours are led by costumed guides who will give you a history lesson as you go. Great as they are, we recommend a self-guided tour to ensure you have time to see all of Boston’s highlights in a day. Do the trail in reverse, beginning at Faneuil Hall in the North End and ending at Boston Common in Back Bay to make the rest of your sightseeing a breeze.

Stop by Fenway Park and do lunch beneath the bleachers 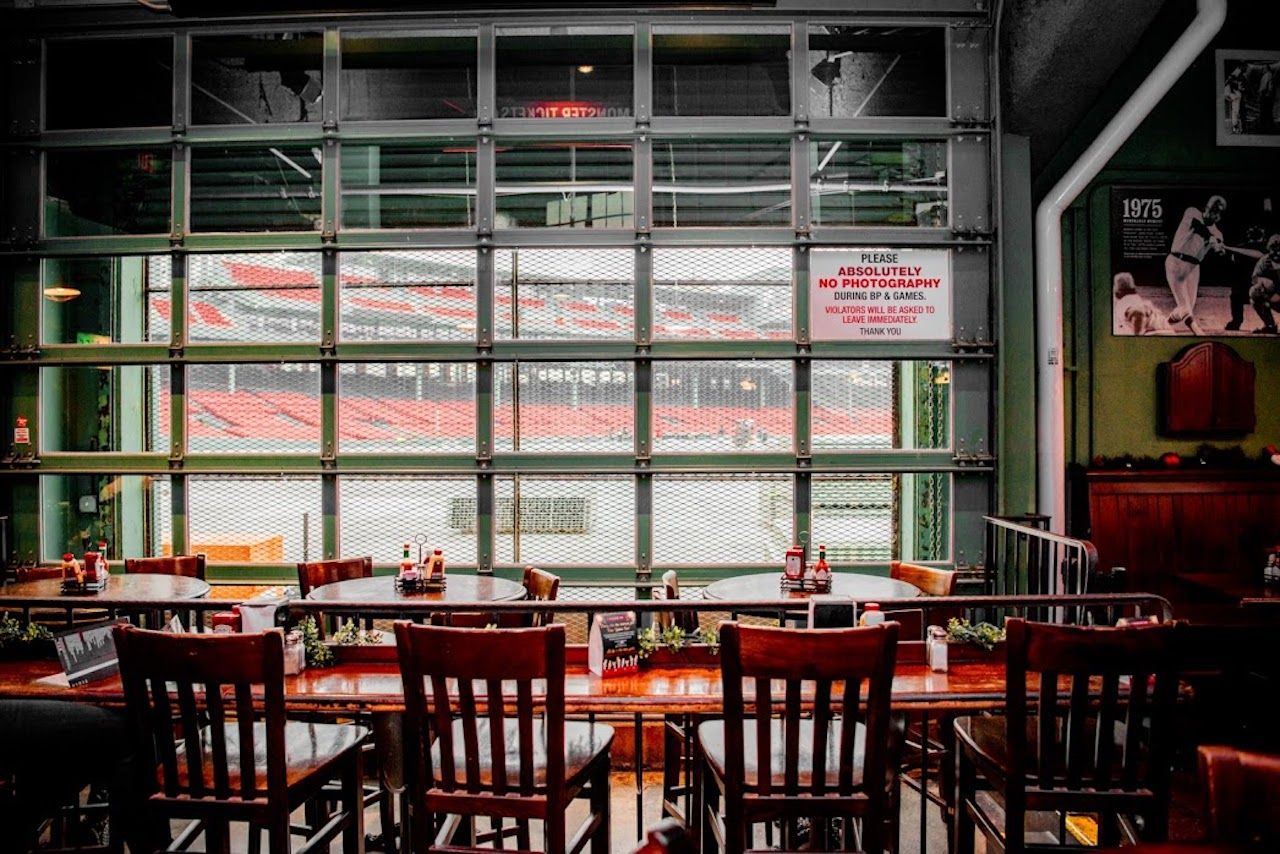 Next up on the itinerary is the home of the Boston Red Sox, a 10-minute drive or 20-minute train ride from Boston Common. Built in 1912, Fenway Park is the oldest Major League Baseball ballpark. Hour-long tours are available, and they’re worth taking for insight into Boston’s more recent past even if you’re not a fan of the sport. After, grab lunch at The Bleacher Bar for even more stadium views. The best game-day alternative to actually buying a ticket, it’s located under the bleachers in centerfield where the away team’s batting cage used to be.

Not in the mood for bar food? There are plenty of alternatives in the Fenway-Kenmore area. For something quick, easy, and affordable, hit late-night favorite Tasty Burger before the drunken crowds descend or get what’s probably the best burrito in Boston, the El Guapo, at El Pelon Taqueria. For something nicer, and a proper sit-down, Eastern Standard is worth a splurge.

See what’s on at the Museum of Fine Arts 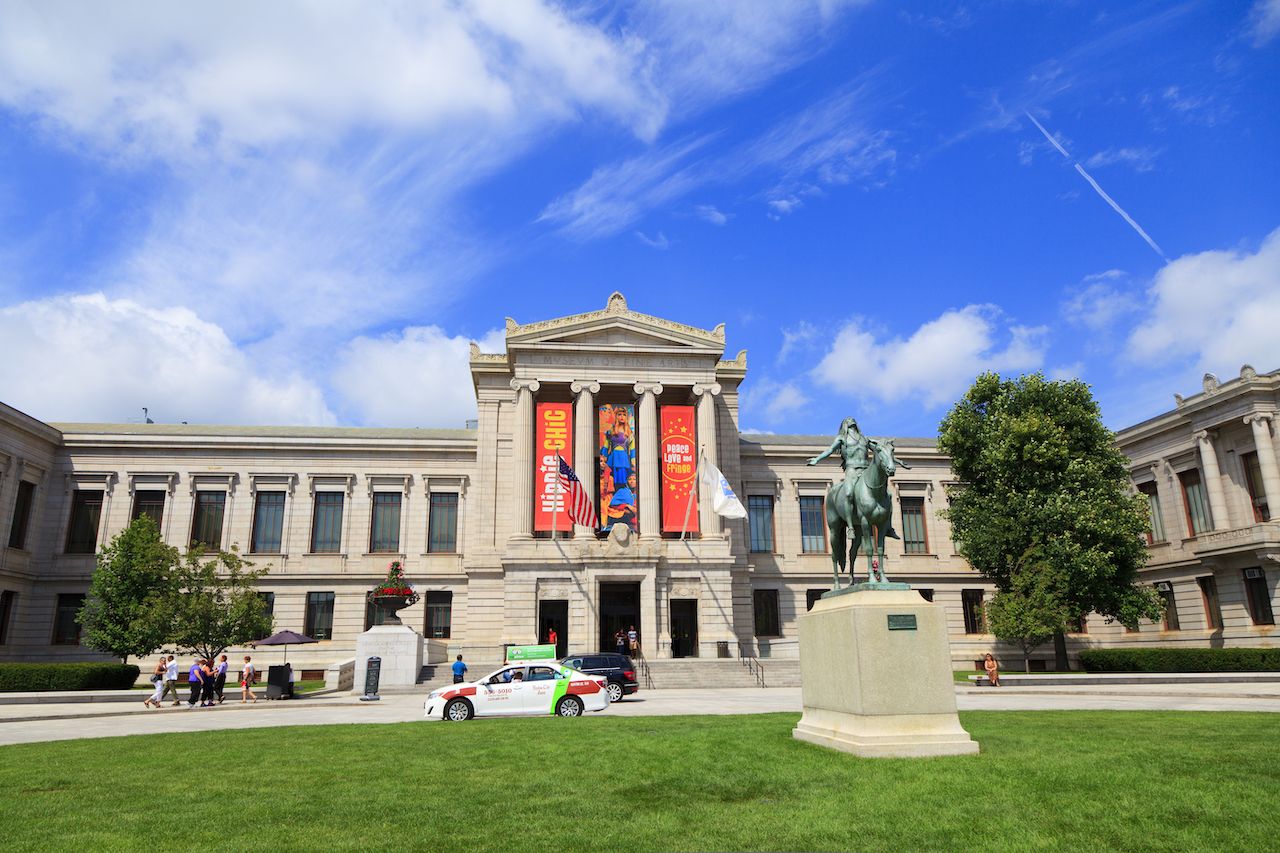 Head toward the Back Bay Fens, a pleasant city park, once you’ve refueled. Just beyond, you’ll find the Museum of Fine Arts, one of the country’s leading art institutes with nearly half a million works to admire. The collection covers continents and eras, showcasing everything from Greek and Nubian antiquities to paintings by Monet and van Gogh to decorative arts from the Americas. How long you spend is up to you, but if you have energy left after your tour, we recommend tacking on the Isabella Stewart Gardner Museum. It’s only a five-minute walk, and the lushly landscaped courtyard garden is reason enough to visit.

Walk around Copley Square and whet your whistle 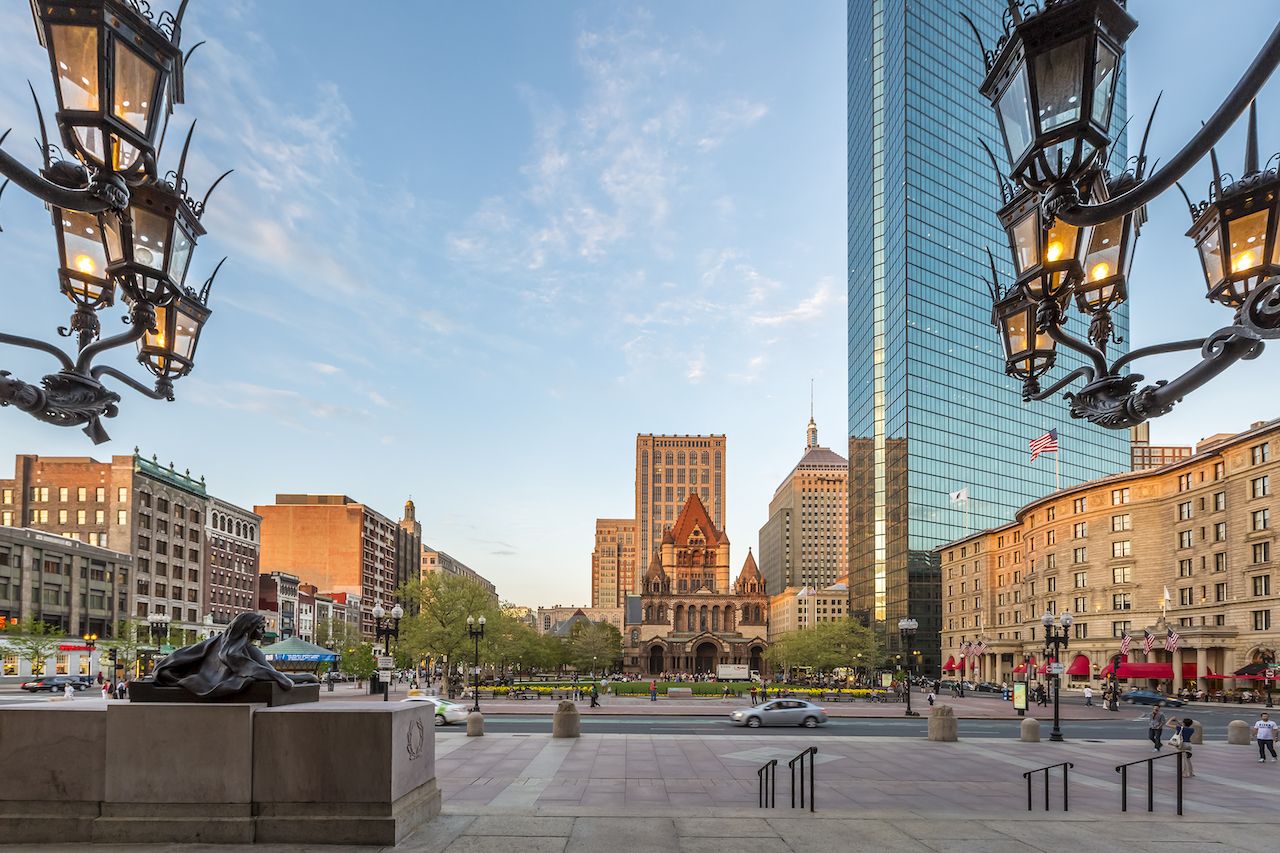 A prime spot for people-watching, Copley Square is surrounded by architectural landmarks that will steal your gaze away from the scenes of daily life. Trinity Church, built in 1872, sits on one side of the square while the equally historic, and even grander, Old South Church sits off to another. Nearby, the Boston Public Library is impressive inside and out, and the John Hancock Tower rises overhead as the tallest skyscraper in New England.

Opened in 1912, the Fairmont Copley Plaza Hotel is both a landmark and a go-to for delicious, handcrafted cocktails. Keep it classy at the hotel’s Oak Long Bar + Kitchen or join the pre-dinner scene at sexy, quasi-gothic Lolita Back Bay down the street for a tequila drink. Or, you know, keep it Boston casual with a brew at Solas Irish Pub instead.

Dinner in style in the South End 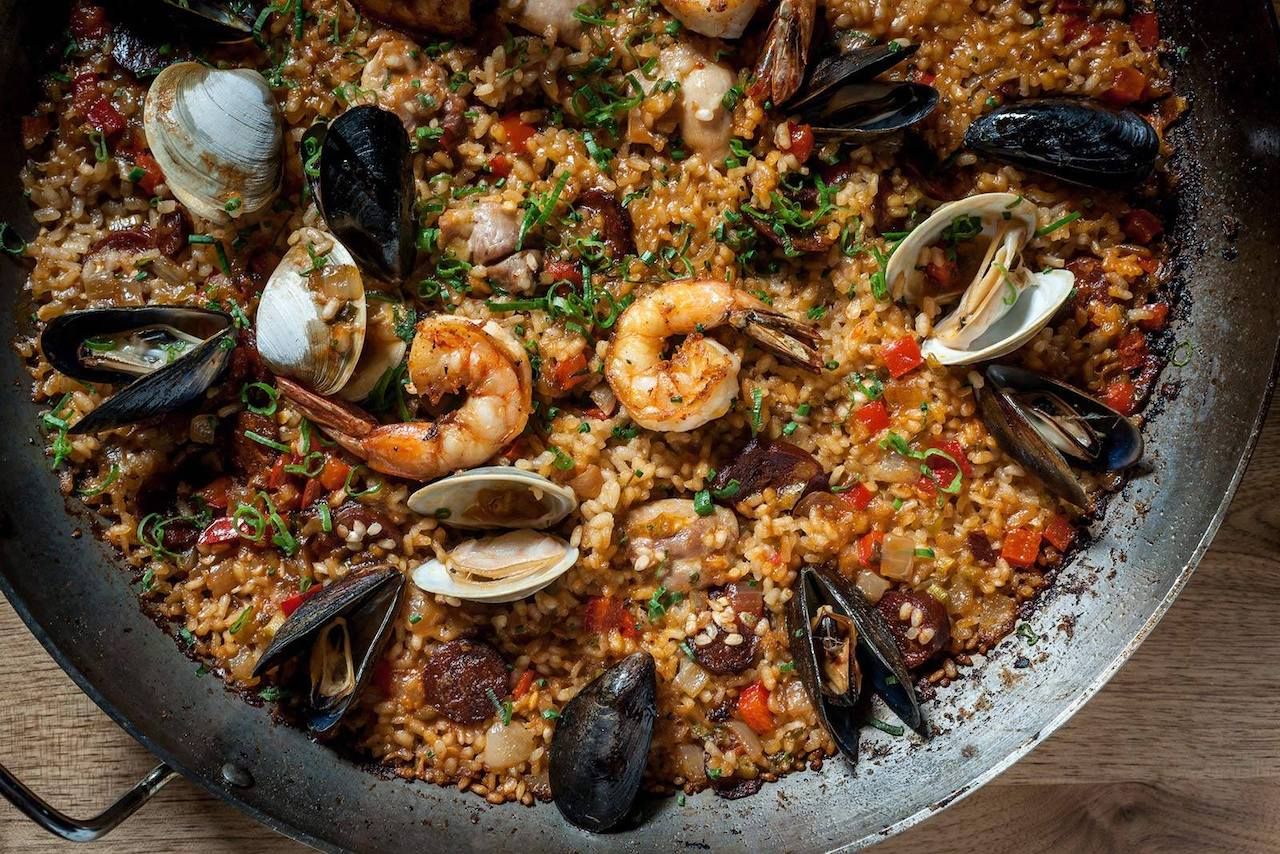 About five minutes from Copley by car and 20 minutes on foot or via public transport, the South End will have you salivating in no time. Some of Boston’s trendiest restaurants are situated between Tremont Street and Harrison Avenue, where you’ll find everything from Spanish tapas at Toro to French-Cambodian fusion at Elephant Walk. If you’re willing to spend a bit more, the world is your oyster, which you can order on the half shell at B&G Oysters or Boston Chops.

Less expensive, but no less memorable, are spots like the eclectic Beehive Restaurant, which also offers live music, and hip gastropub The Gallows. If you’re keeping to a stricter budget, head to Picco for the perfect five-cheese panini for under $10 or a personal pie for about $15.

Dance the night away in the Theatre District 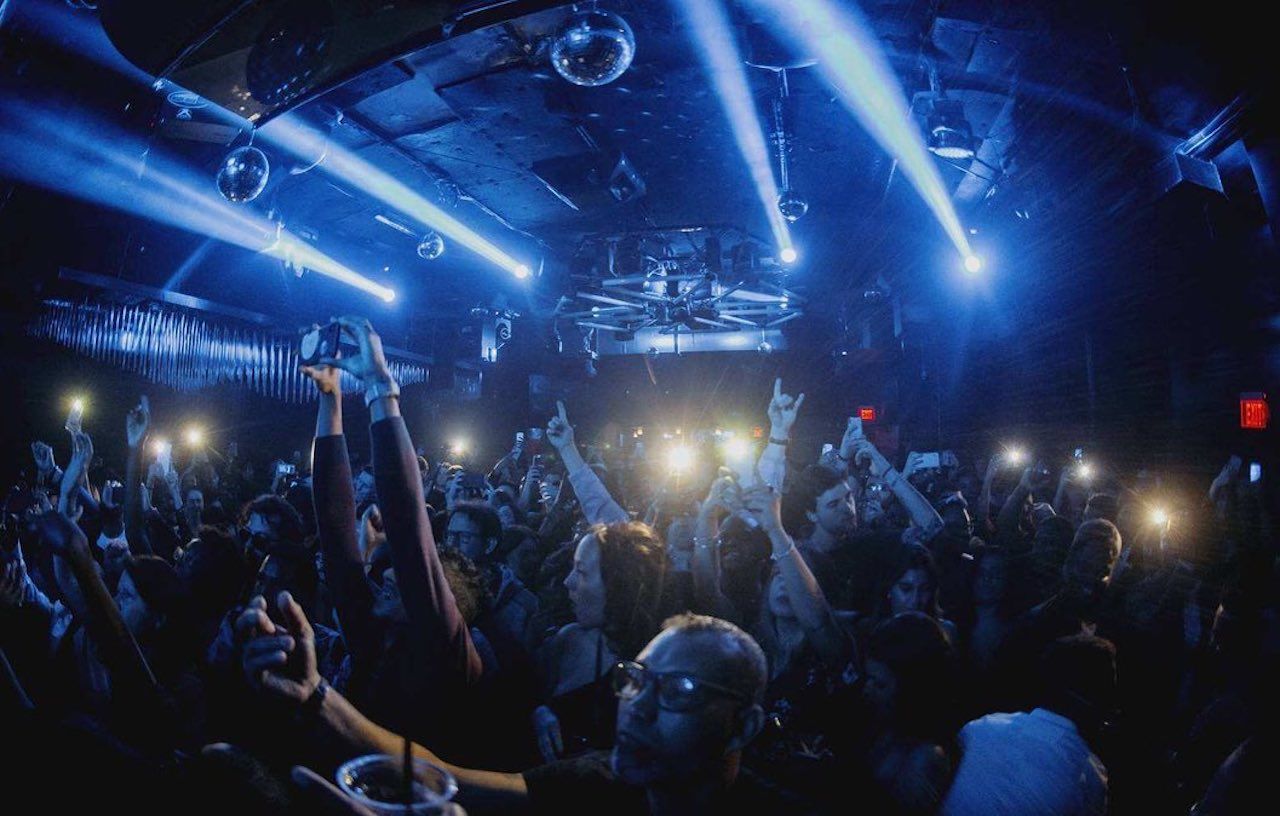 With so many students and young professionals running around, it’s no surprise Boston has an established nightlife scene. There are bars and clubs for partiers of every speed, but if you’re looking to make your first, or only, night in the city count, spend it club-hopping downtown. Head to the Theater District to see what the buzz around staples like Royale, Venu, and Icon is all about. In neighboring Chinatown, DJ-loving party hounds who skew a little bougie can keep the fun going at Bijou. Plus, you can always count on late-night dumplings from Peach Farm to soak up some of that booze you’ve probably been drinking before heading home.