When the second wave of English Puritans arrived in the US in 1620, they established themselves in the Charlestown neighborhood, only to jump across the Charles River to establish Boston in 1630. Today, Boston proper consists of 23 neighborhoods, ranging from enclaves like Little Italy and Chinatown, to historic areas like Beacon Hill with its old gas lamps, to the more recently developed ones along the waterfront, such as the Seaport District, packed with conference spaces, swish new hotels, and the Institute of Contemporary Art. Here are some of the city’s most noteworthy neighborhoods for first-timers to Boston. 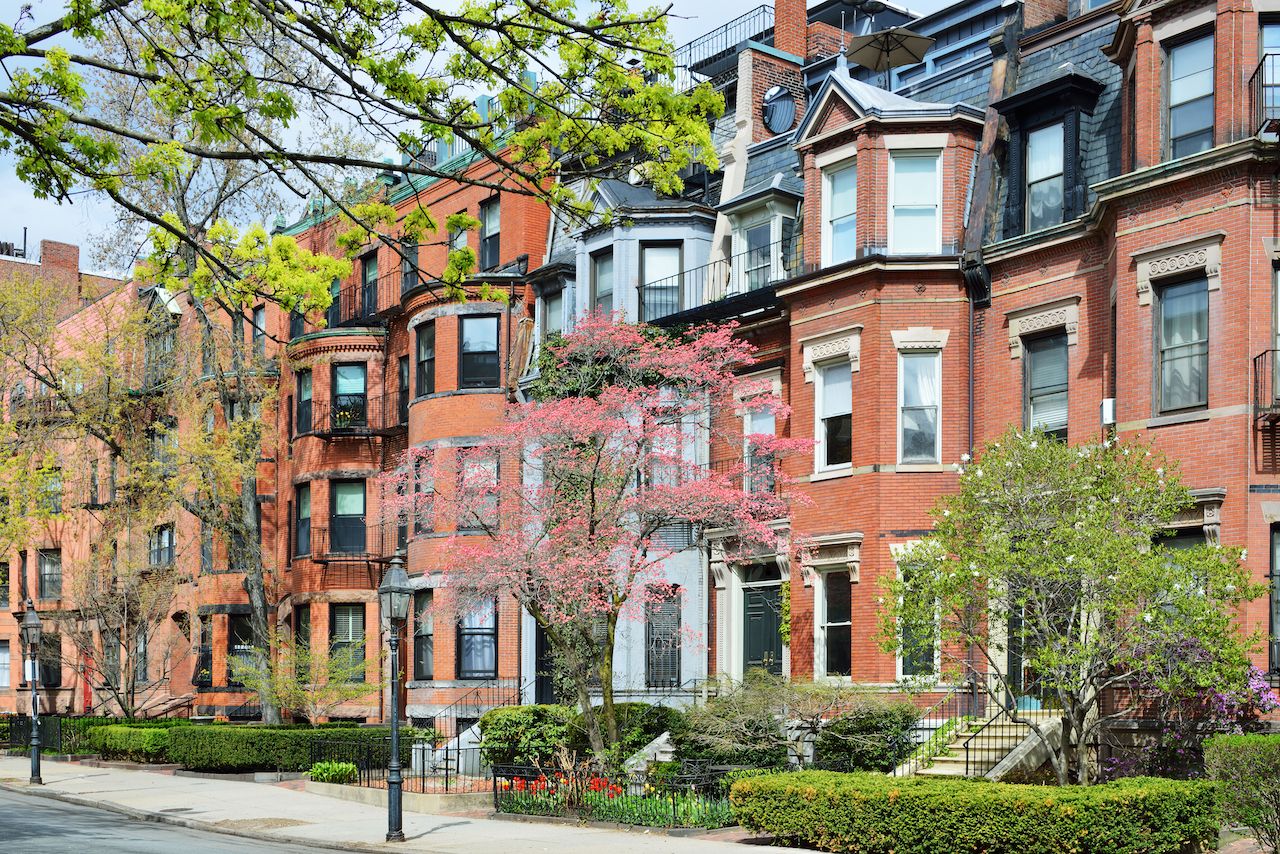 Back Bay — Once a tidal bay, this elegant Boston neighborhood is filled with Victorian brownstones and National Historic Landmark buildings, such as Trinity Church. The area also has lots of posh shops and restaurants, particularly along Newbury Street where you’ll find art galleries, edgy boutiques, and designer stores, like Chanel and Giorgio Armani. In many ways, the Back Bay could be considered the heartbeat of Boston, due to the density of shops, hotels, residences, and iconic structures such as the Boston Public Library and the John Hancock Building, the tallest building in New England. Copley Place and the Prudential Center are two big indoor shopping malls. The latter also houses Eataly Boston, a large Italian dining and gourmet food emporium selling everything from bottarga and burrata to crunchy chocolate-coated torrone. Back Bay is also where you’re most likely to spot a celebrity and where the New England Patriots’ quarterback, Tom Brady, lives with his family — so keep your eyes peeled. 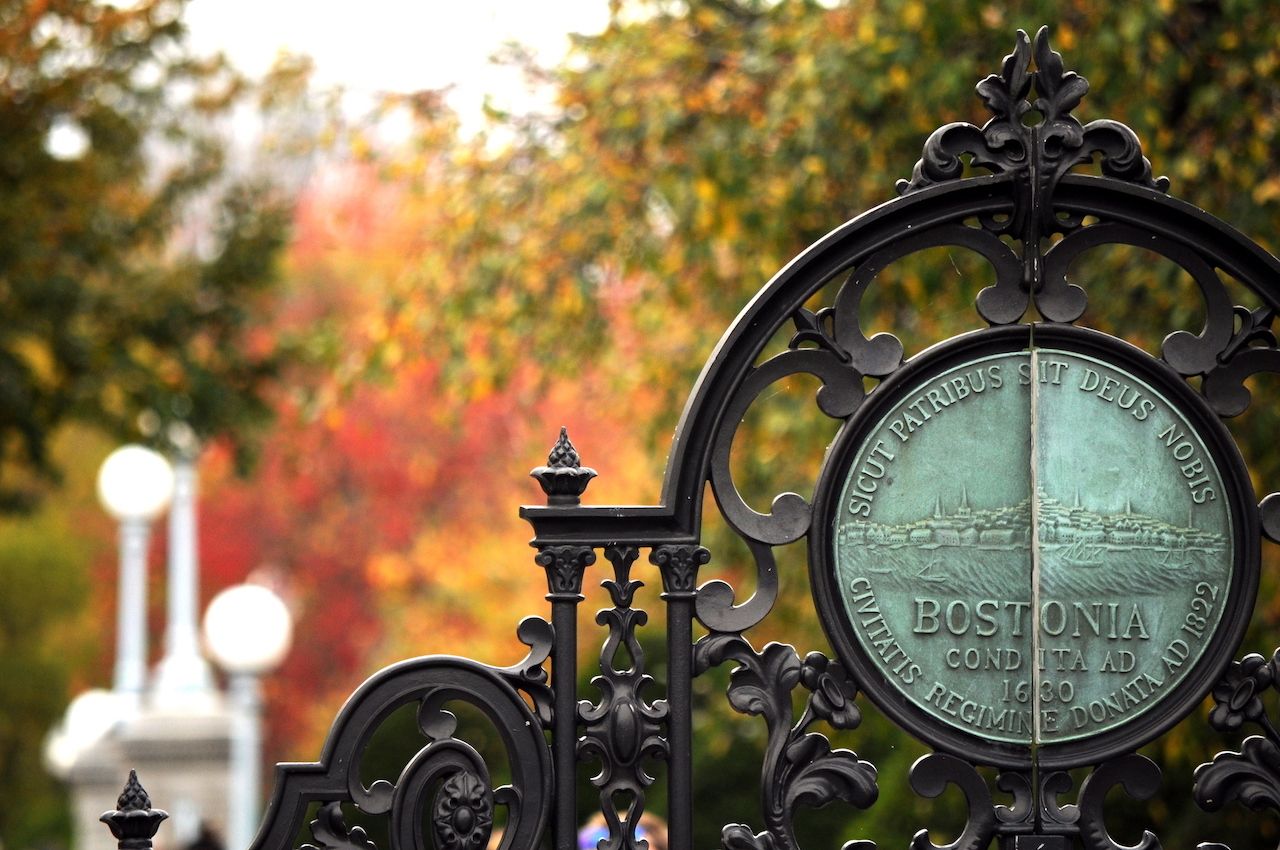 Beacon Hill — With its original gas-lit street lamps, brick sidewalks, and Federal-style row houses embellished with ornate iron work and decorative doors, Beacon Hill ranks as the most picturesque neighborhood in the city. The area has long housed some of the city’s most illustrious families with early residents including Louisa May Alcott, Nathaniel Hawthorne, Robert Frost, and Sylvia Plath.

The gilded-dome Massachusetts State House, designed by Charles Bulfinch and open for tours, sits at the top of Beacon Hill, which overlooks Boston Common, the oldest public park in the US. From the Boston Common Visitors Center, you can begin walking the Freedom Trail, a 2.5-mile walking path that tells the story of Boston’s early history.

At the bottom of the hill, Public Garden, the first botanical garden in the nation, is home to the famous Swan Boats, a fleet of century-old pontoon pleasure boats that visitors can take for a ride on the Lagoon for just a few dollars. Along the brick sidewalks of Charles Street, at the bottom of Beach Hill, are antique stores, art galleries, cafes, restaurants, and shops like Savenor’s Market, where chef Julia Child used to buy her meat. 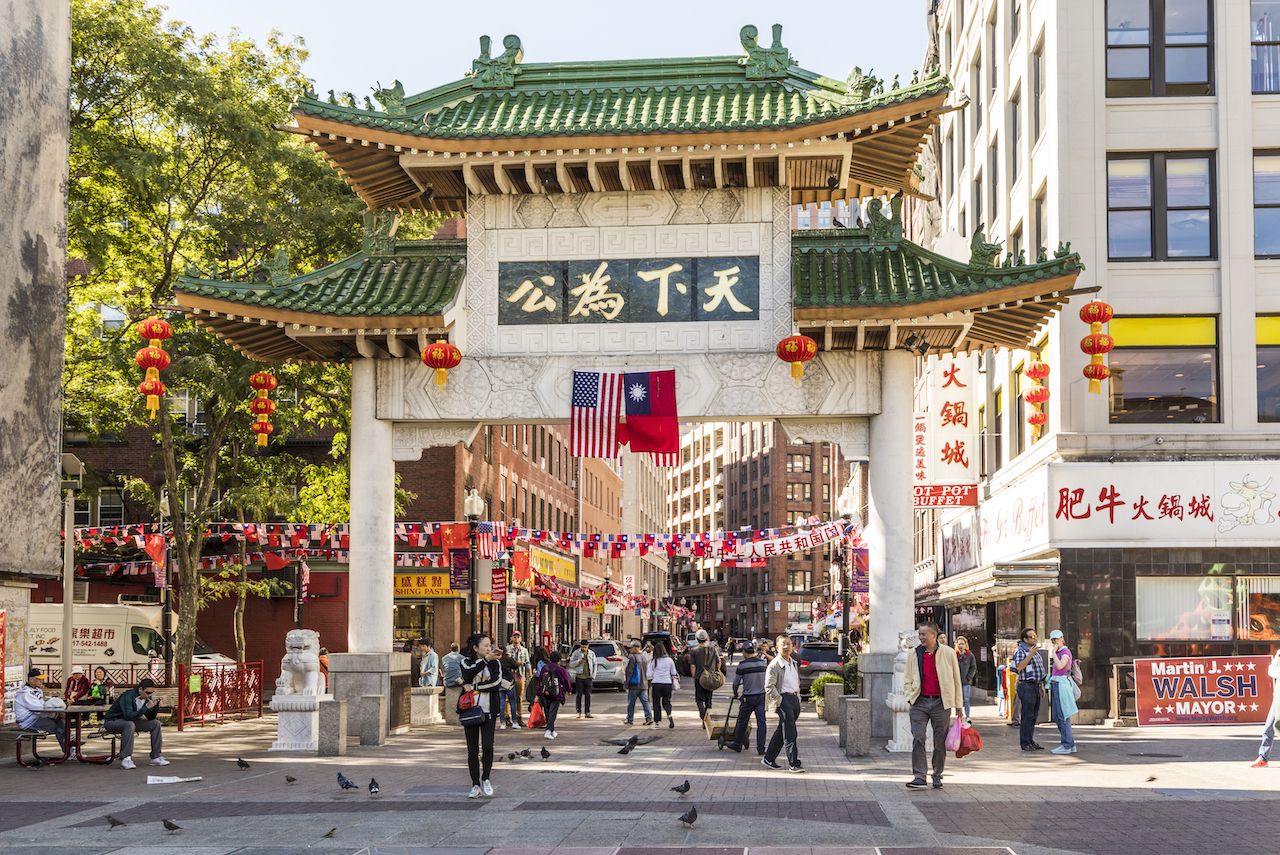 Chinatown-Leather District — Boston’s Chinatown is the third largest Chinatown in the US, behind the ones in Manhattan and San Francisco. Enter through the massive ceremonial gate, a gift from the city of Taipei, and enjoy the hustle and bustle of this densely populated neighborhood. There you’ll find several restaurants and bakeries selling chewy treats, along with shops stuffed with imported Chinese vegetables, noodles, sauces, health tonics, and cookware.

Just east of Chinatown, the Leather District was home to Boston’s leather industry and leather wholesalers. The 19th-century brick buildings originally housed offices and workshops; now, they hold a variety of commercial businesses and residents who enjoy the spacious lofts in the area. 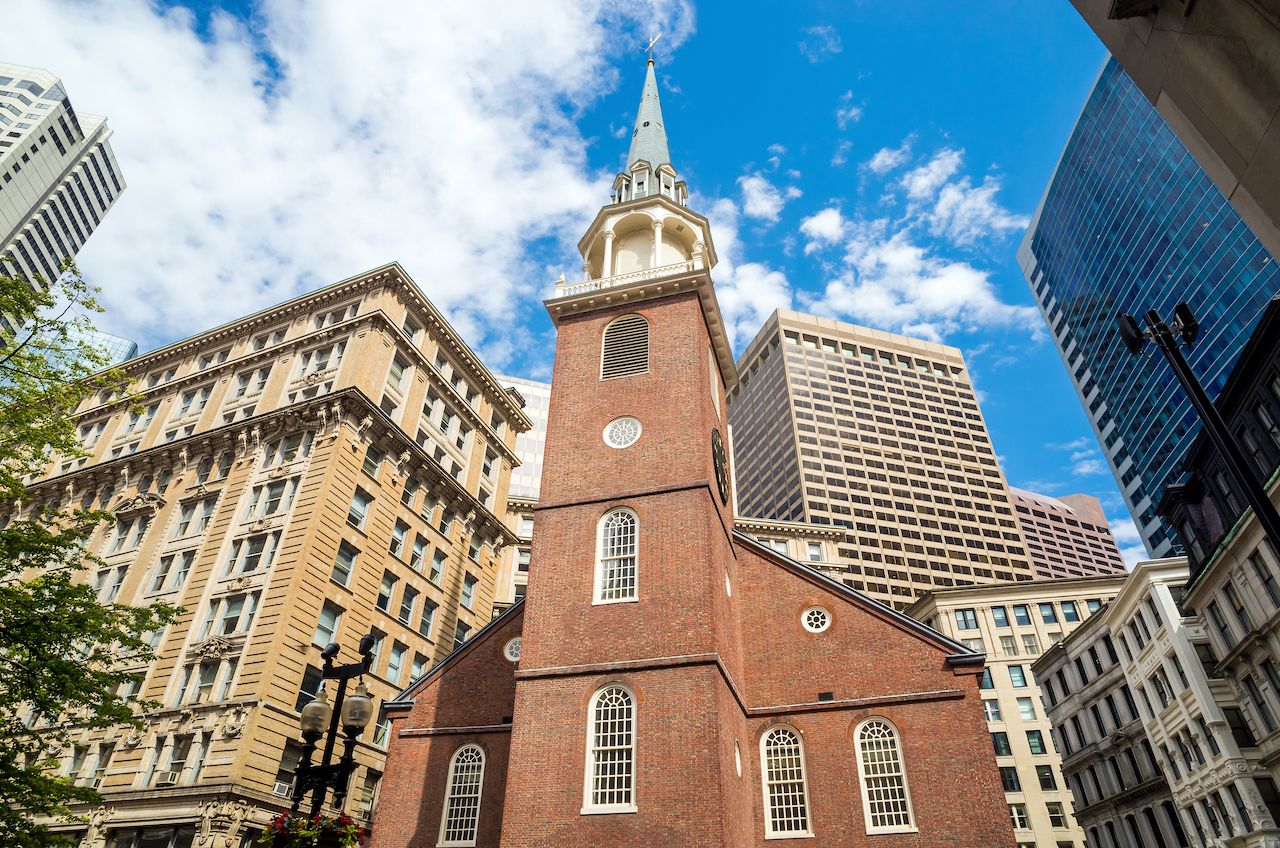 Downtown — With its skyscrapers, this area houses the city’s financial and theater districts. Downtown is also where 200,000 people work each day and 250,000 pedestrians crisscross Washington, Winter, and Summer streets, which form Downtown Crossing, well-known for its historic landmarks like the Old South Meeting House. There, thousands of colonists gathered and agreed to stage the Boston Tea Party on December 16, 1773. You can learn more about this legendary event via multi-sensory exhibits at the Boston Tea Party Ships & Museum set on a barge over by the Congress Street Bridge. 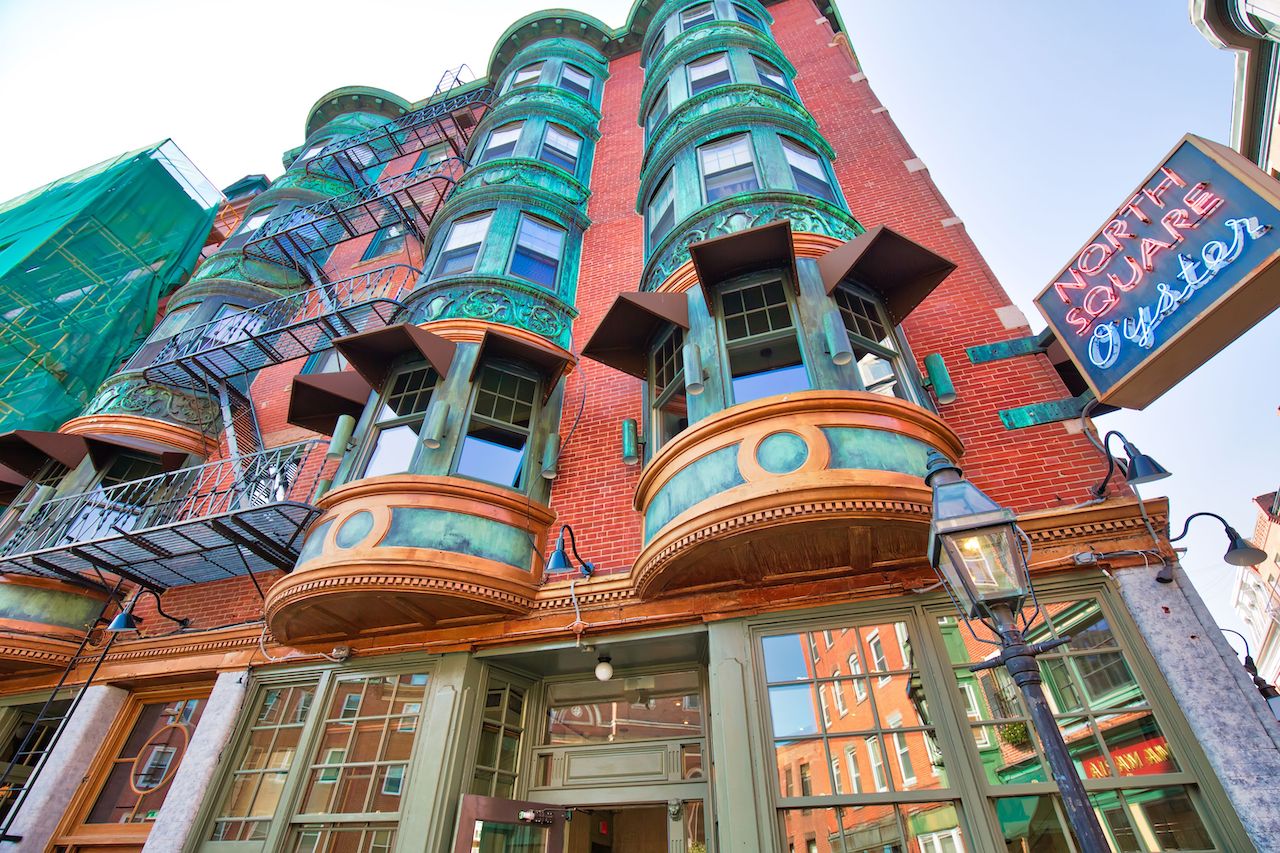 North End — The North End is Boston’s Little Italy, which, thankfully, has retained its authenticity over the years. As you walk around the neighborhood, it’s not unusual to hear residents speaking Italian, playing bocce, or even watching Italian soccer games in cafes. Most of the area’s 19th-century red-brick buildings still house Italian families, and the specialty markets, bakeries, trattorias, and cafes dotted throughout offer Italian delicacies.

A popular destination for visitors is Mike’s Pastry, famous for its cannoli. Most of the neighborhood’s restaurants, cafes, and shops are located on Hanover Street, making it the nerve center of the neighborhood. But be sure to investigate the narrow side streets, where you’ll find cute shops, a few restaurants, and landmarks like the Old North Church and the Paul Revere House, both on the Freedom Trail. 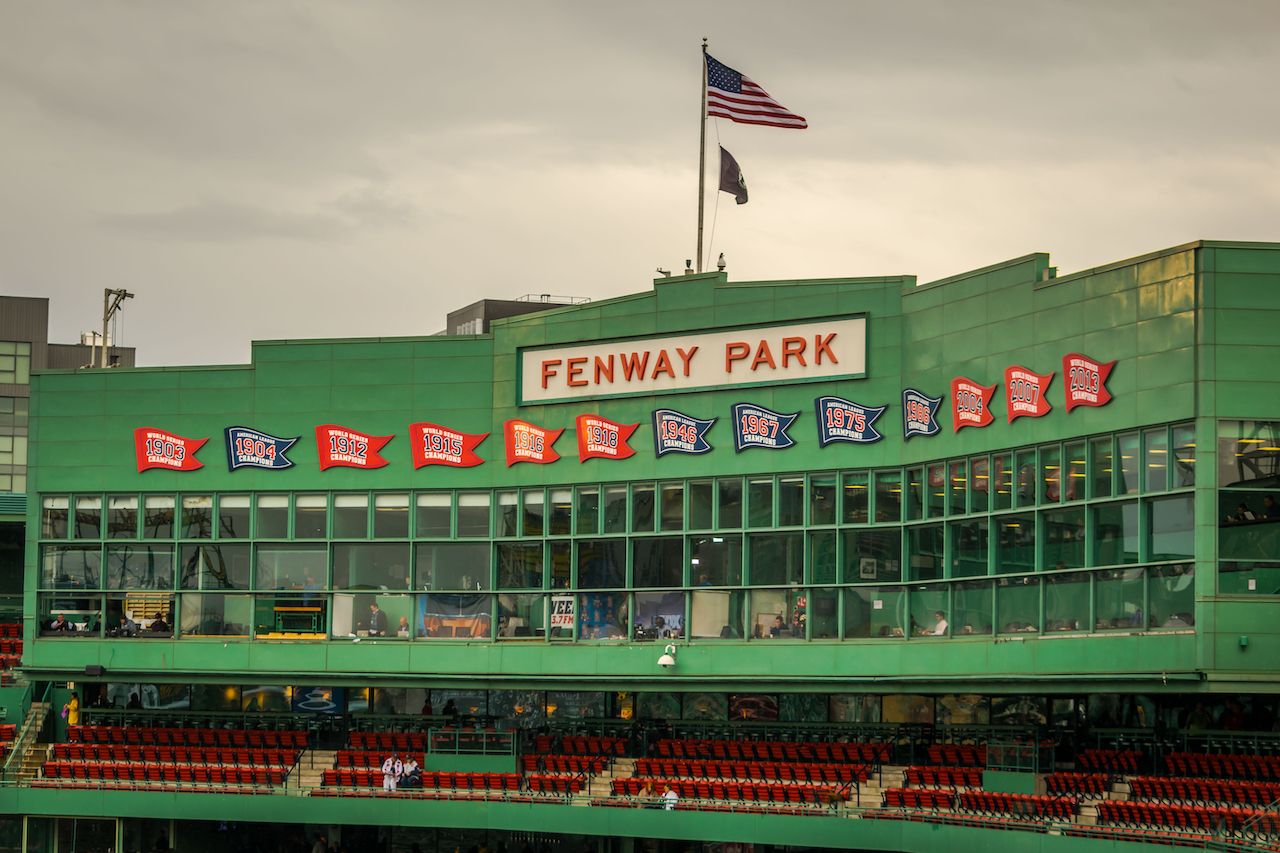 Fenway-Kenmore — In the late 19th century, Boston authorized landscape architect Frederick Law Olmsted to turn a smelly swamp into what he named the Back Bay Fens, one of the many parks strung along Olmsted’s famous Emerald Necklace. This area also includes Fenway Park, home of the Boston Red Sox, and houses many academic institutions like Boston Latin School, the US’ oldest and first public school. As a result, the area has a student-friendly feel with lots of lively restaurants, bars, and nightclubs, particularly along Lansdowne Street. There’s also Symphony Hall, now in its 138th season and home to the Boston Symphony Orchestra and the Boston Pops Orchestra, known for its rousing, fun music. 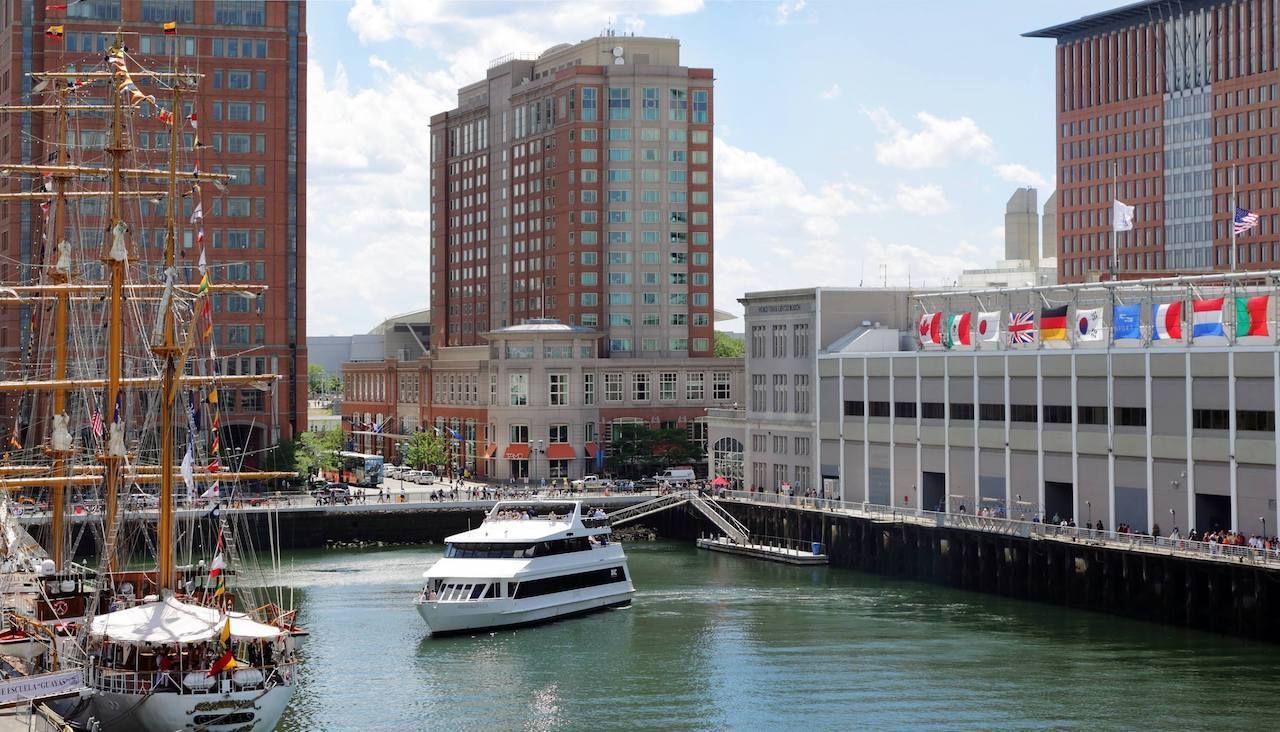 Seaport District — Once an industrial area, the Seaport District, known as the “innovation district,” is Boston’s newest and fastest growing neighborhood. In addition to the Boston Convention & Exhibition Center and the Seaport Hotel & World Trade Center —- both of which draw thousands of convention goers annually —- this fashionable neighborhood is filled with artsy lofts, posh hotels, sleek restaurants, bars, and the cutting-edge Institute of Contemporary Art, where there’s a steady stream of groundbreaking exhibitions, film screenings, dance performances, and more. 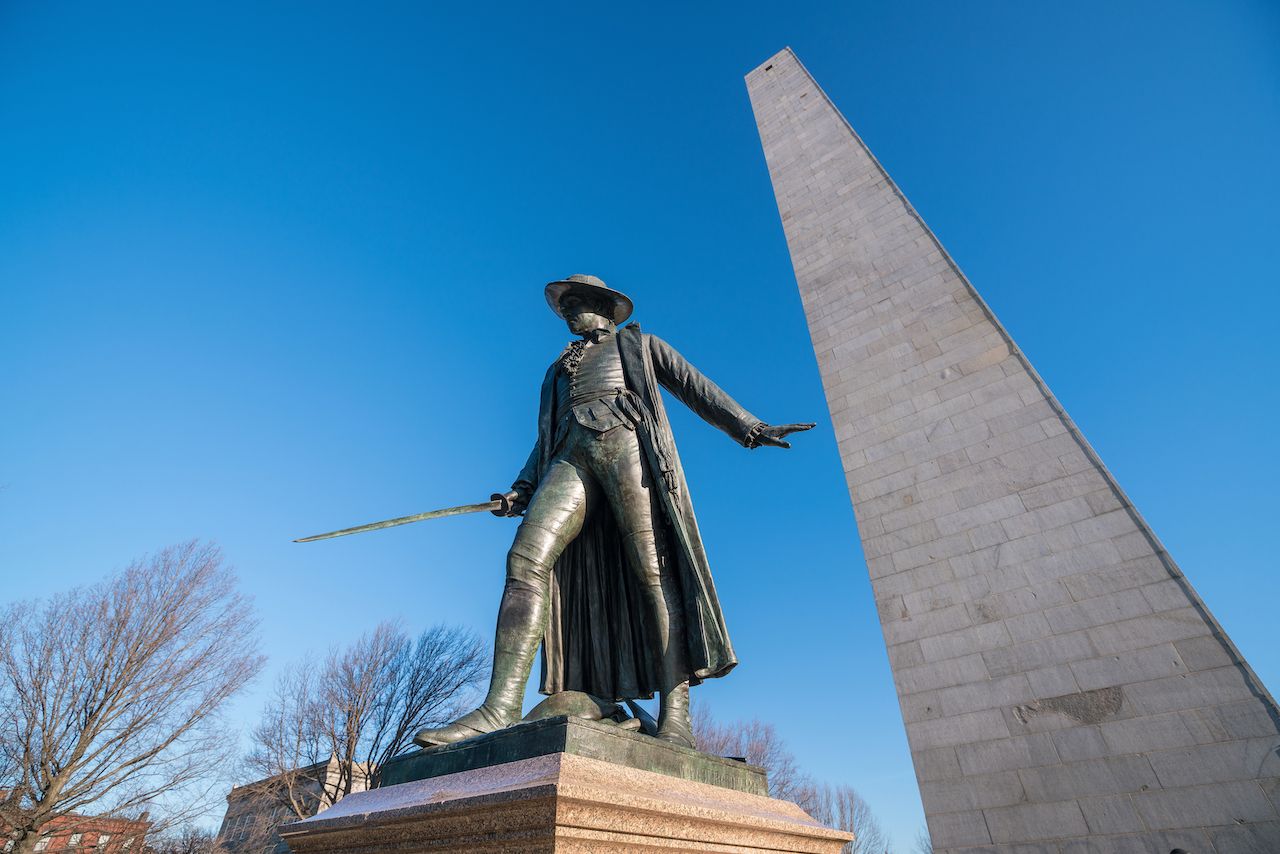 Charlestown — This neighborhood on the north side of the city sits on a peninsula where the second wave of English Puritan settlers lived before moving across the Charles River and establishing Boston as their home in 1630. Charlestown was historically Irish, but now includes an ethnically diverse mix of hipsters, professionals, and young families. Notable historical landmarks include Bunker Hill Monument, a granite obelisk erected to commemorate the Battle of Bunker Hill, which was the first major battle of the American Revolution. Charlestown Navy Yard, now a National Park Service Historical Site, was a hotbed of shipbuilding, especially for the US Navy during the Civil War. The USS Constitution is the oldest commissioned vessel in the US Navy and floats at the Navy Yard, where Navy officers and crew still serve aboard her. Explore the history of this wood-hulled, three-mast frigate and the people associated with her at the nearby USS Constitution Museum, so that you can better appreciate your tour onboard.