On your third day in Boston, you should go to what is technically another city. Right across the Charles River, Cambridge is home to a number of things you probably identify with Boston proper, like Harvard and MIT. It also houses a number of the dining and nightlife recommendations you’ll see in Boston travel guides. If you followed our 24- and 48-hour itineraries, you’ll have plenty of time to see the very different cities. Where Boston is known for its quintessential East Coast attitude, Cambridge sometimes gets compared to Berkeley, California, weather forecast notwithstanding. Here’s what to see, do, eat, and drink while there.

Walk across the Harvard Bridge

The best way to get acquainted with Cambridge is to cross city limits on foot. Follow Massachusetts Avenue from the Hynes Convention Center station in Back Bay across the Charles River and straight into MIT’s backyard. While walking, note the smoot markings on the eastern sidewalk every 55 or so feet. The unit of measurement was created in 1895 by MIT’s Lambda Chi Alpha fraternity, taking its name from then-pledge Oliver Smoot, who was used as a human ruler to measure the bridge as a prank. 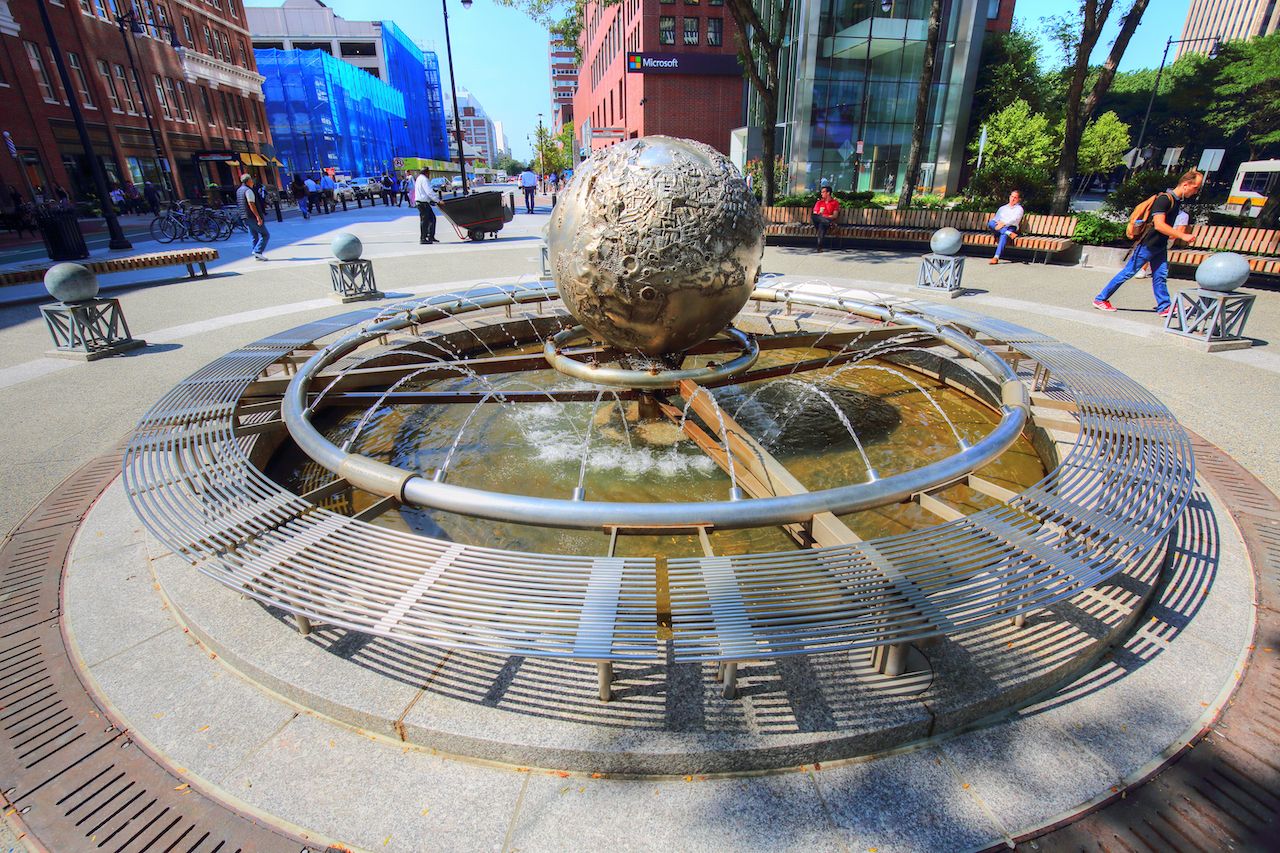 Once in Cambridge, veer east toward Kendall Square, which is a stomping ground for MIT students and young professionals primarily in tech. It’s a great neighborhood for breakfast with tons of coffee shops. Cafe Luna is a 10-minute walk from the bridge and, if weekend lines are anything to go by, the brunch spot of choice for just about everyone in the area. Closer to the square itself are two Tatte Bakery & Cafe locations. It’s hard to beat the classic halloumi-on-challah breakfast sandwich, but the up to 10 croissant flavors could also hit the spot.

Dedicate the morning to museums 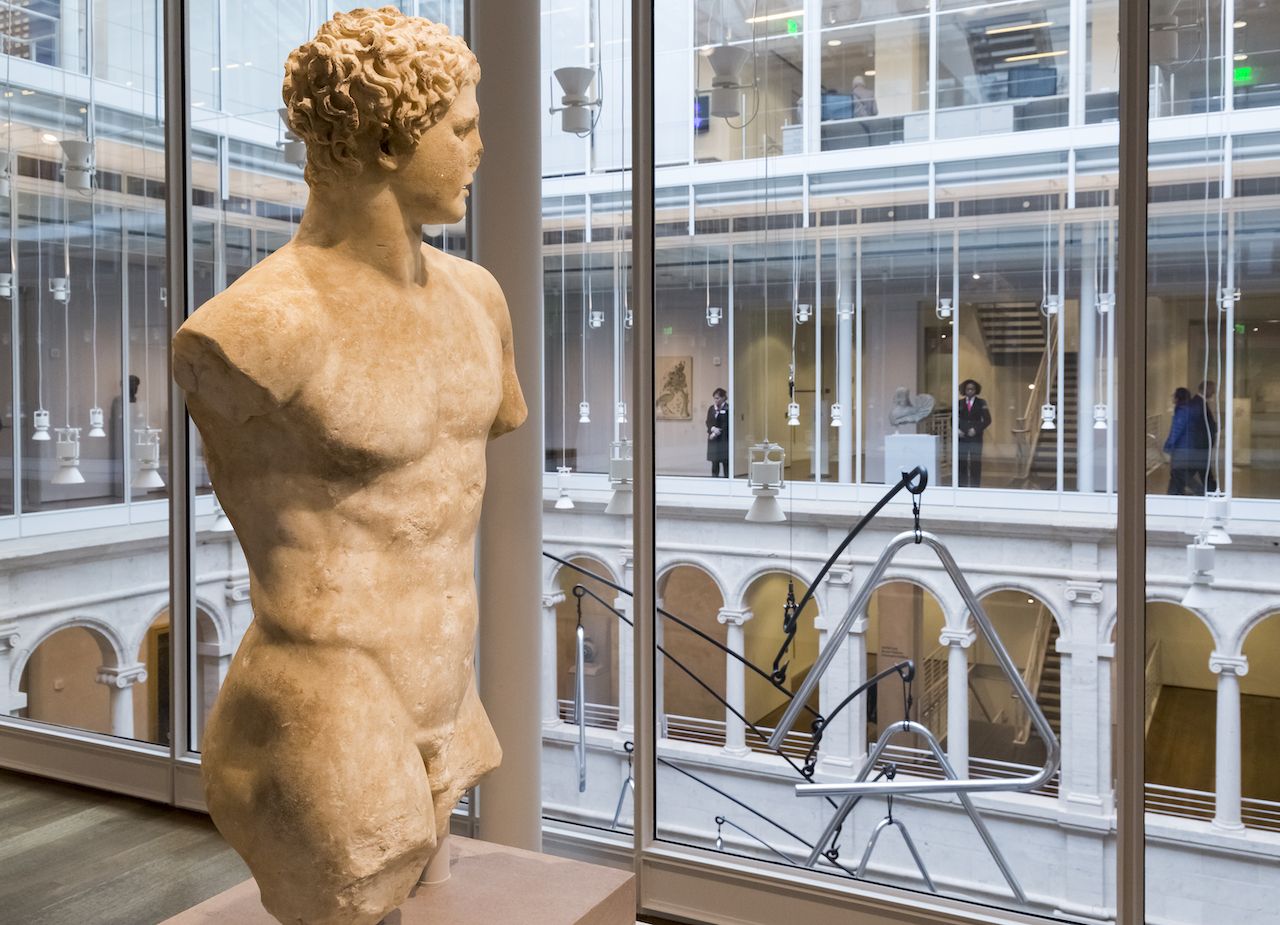 After breakfast, leave MIT territory and head toward Harvard. Some visit campus itself, particularly Harvard Yard and the university’s oldest building, Massachusetts Hall, built in 1720. Regardless of your interest in Harvard’s own history, its museums are some of the best places to spend time in Cambridge. Start with the Harvard Art Museums, a three-museum, six-level venue jam-packed with roughly 250,000 artworks and artifacts from around the world. From there, you can easily reach both the Harvard Museum of Natural History and the Peabody Museum of Archaeology and Ethnology.

Break for lunch in Harvard Square 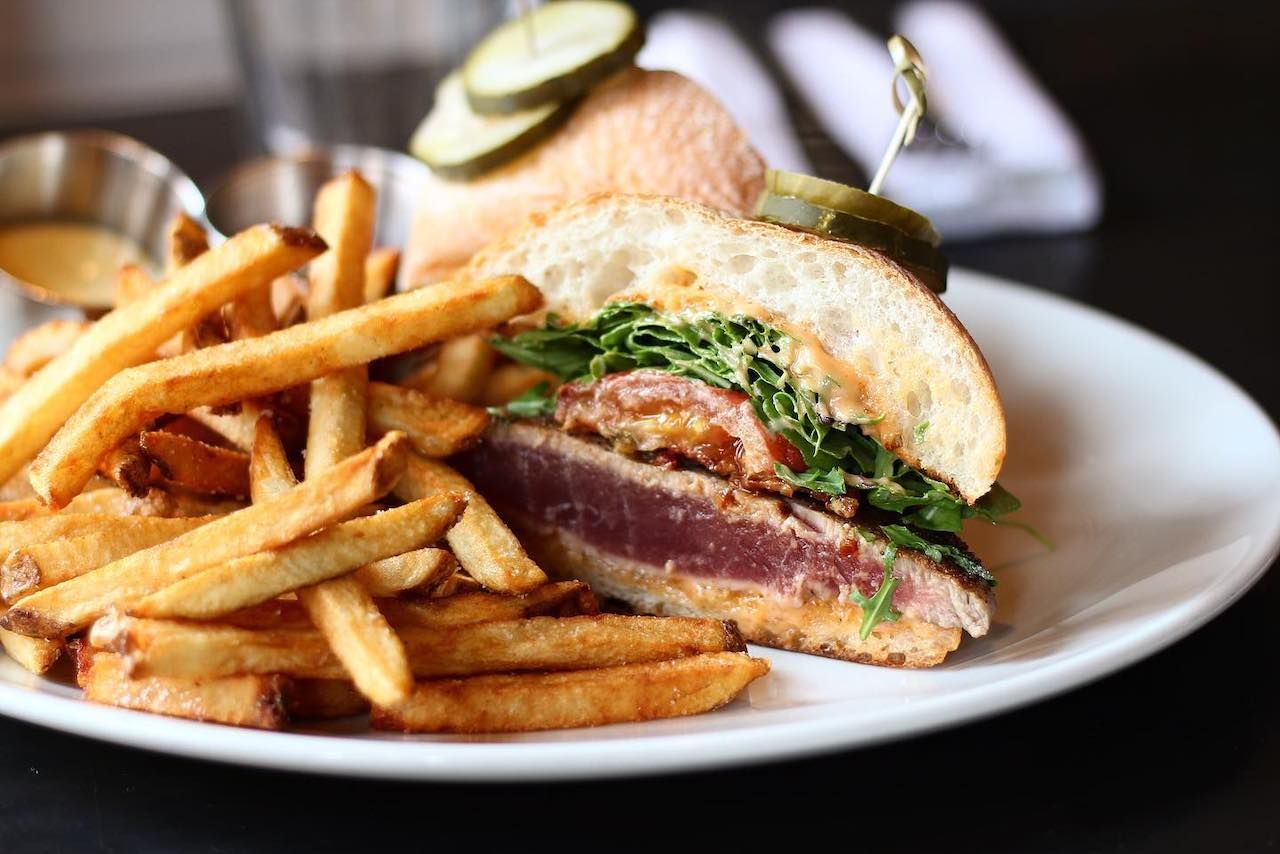 Harvard Square is the ideal place to re-energize midday. To start, there are restaurants like Russell House Tavern with its raw bar, expertly prepared lunch staples, and lengthy wine and beer lists. For something quick, cheap, and more delicious than it needs to be, try vegetarian fast-food joint Clover Food Lab. Or, if you missed Tasty Burger before, hit the location here. Don’t just dine and dash out of the area, however. Harvard Square is full of activity, with tons of boutiques and bookstores worth peaking your head into. Book lovers will have a particularly good time browsing the selections at the Harvard Book Store, Raven Used Books, and Grolier Poetry Book Shop.

Venture out to Mount Auburn Cemetery 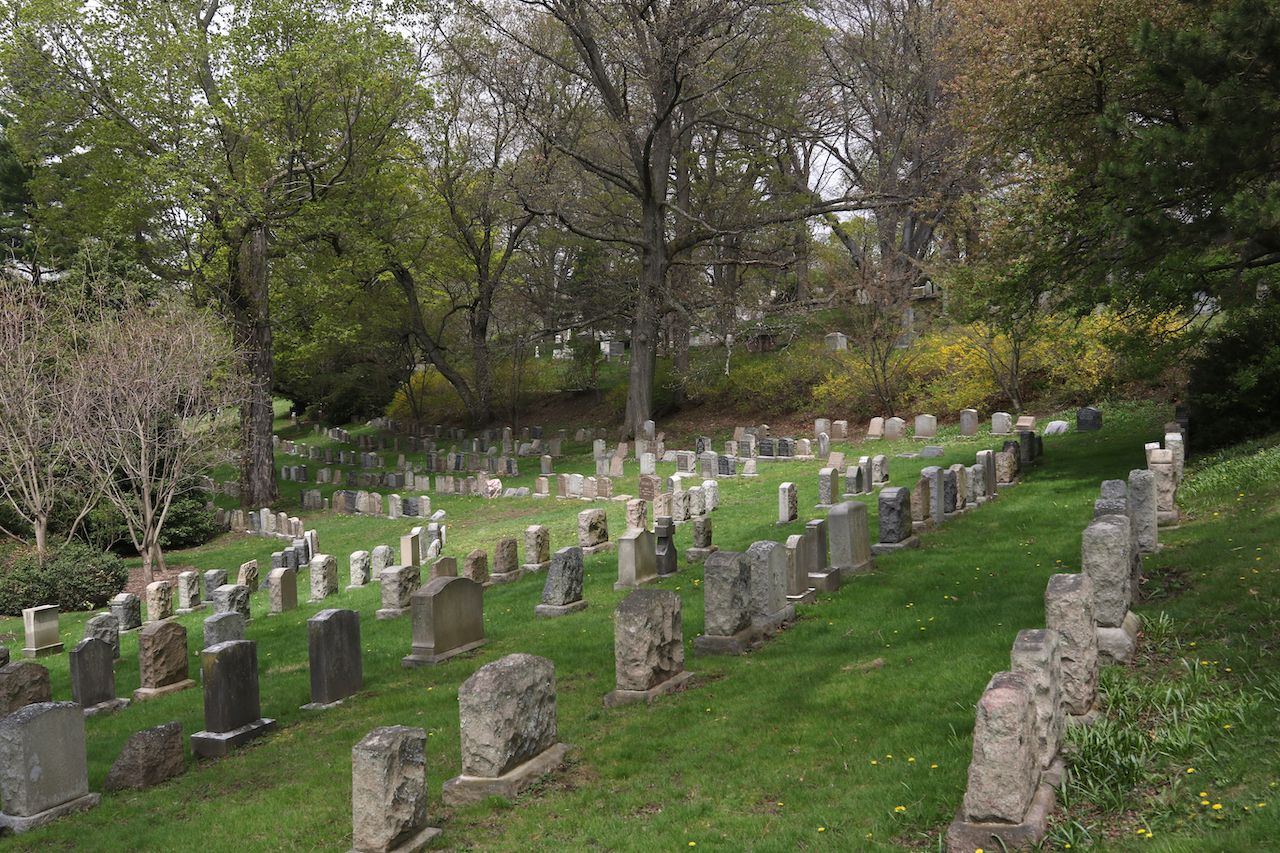 Before heading back to the city center, take a detour to Mount Auburn Cemetery, a national historic landmark since 2003. Initially established on a 72-acre plot centered around a hill overlooking Boston and Cambridge, it became the country’s first landscaped rural cemetery in 1831 and is still considered one of the area’s loveliest public spaces. Amateur horticulturalists will enjoy the 5,500-plus flora species present while architecture buffs will appreciate Bigelow Chapel, named for the cemetery’s founder. Several historical figures are also buried here, including writers Henry Wadsworth Longfellow and Oliver Wendell Holmes, if you’d like to pay your respects as you stroll through the 175-acre property.

Drinks and dinner in Central Square 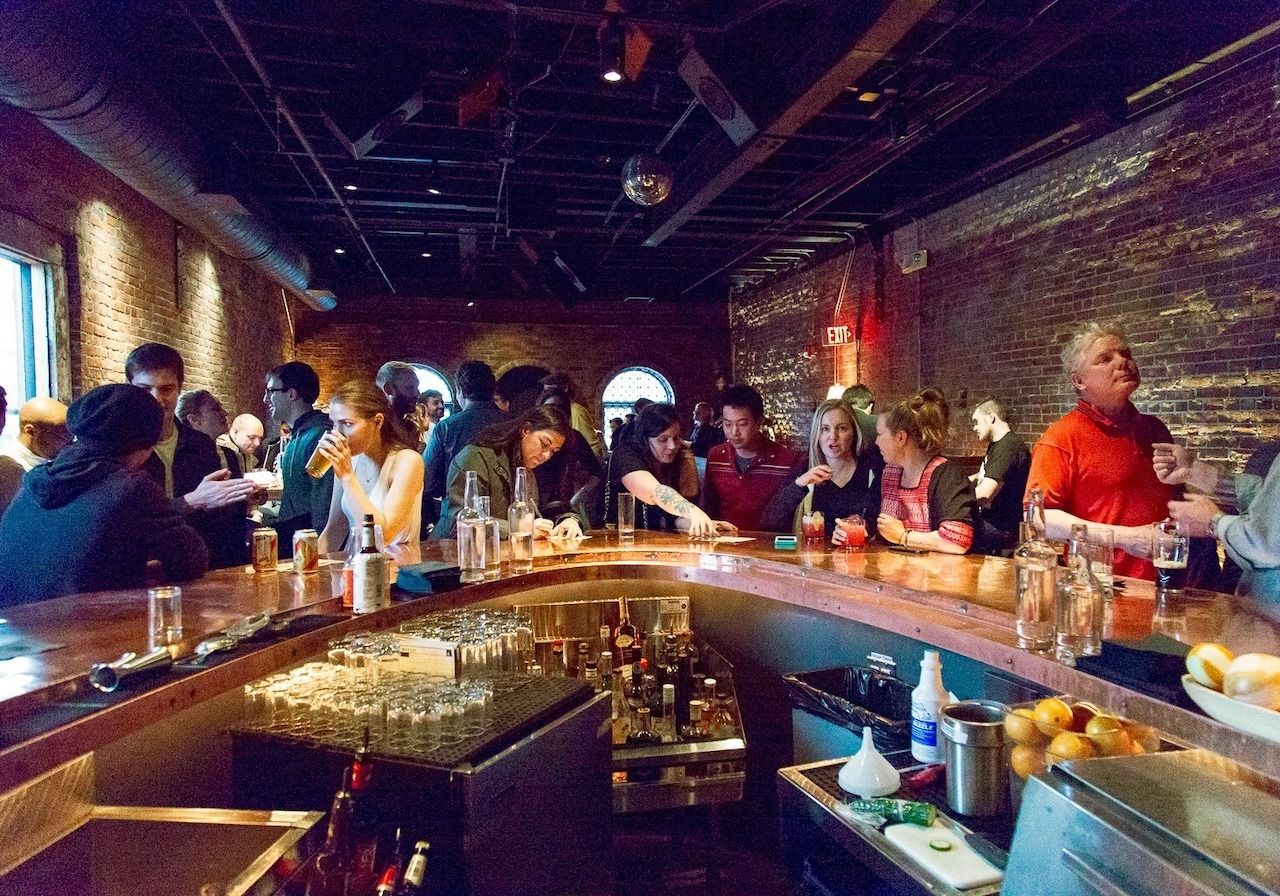 Before you do anything else in Central Square, track down Modica Way. It shouldn’t be hard as the alleyway and open-air gallery is located right on Mass Ave. There, you can admire an imitation stained-glass overhang made from plastic, constantly changing street art, and even photography added by the city.

After, you’re in the right place for drinks, dinner, and more drinks. Many of the hippest Central Square restaurants also house the trendiest bars, and some of the best bars have killer food menus. You may even get a side of live music with your meal. To make a night of it, head to Brick & Mortar for a mixology lesson and Little Donkey for internationally inspired small plates. Or Cuchi Cuchi for cocktails, then Caribbean food at La Fabrica Central. To keep things simpler, grab a beer at The Plough and Stars, then follow it up with something healthy at the modern-yet-classic Veggie Galaxy diner.

Stick around for the nightlife

Technically, you could go to nightlife staple Middle East right when you get to Central Square and stick around for a very late night. What started as a Lebanese restaurant has since become a five-venue dining, drinking, and dancing hub in the heart of Cambridge. Skip the Middle East for dinner, but see what’s going on at the site’s three concert spaces (Upstairs, Downstairs, and Sonia) for music and dancing after. Even if you don’t eat at the two restaurant-bars, ZuZu and The Corner, you could end up there for a tamer nightcap plus live music, an open mic, or maybe even a stand-up comedy show.