Chicago is and always has been a great drinking town. Even during Prohibition, Chicago’s speakeasies were well-lubricated thanks to supplies from famous gangsters like Al Capone (who were also frequent guests). The city has traditionally been more of a blue-collar, beer-and-a-shot type of town, but there’s no argument that it’s also cosmopolitan. Chicago still leans much more heavily toward dive bars than velvet ropes, but no matter what kind of nightlife you want, you’ll find it in Chicago. Here are the best places to drink in the city’s best neighborhoods for drinking. 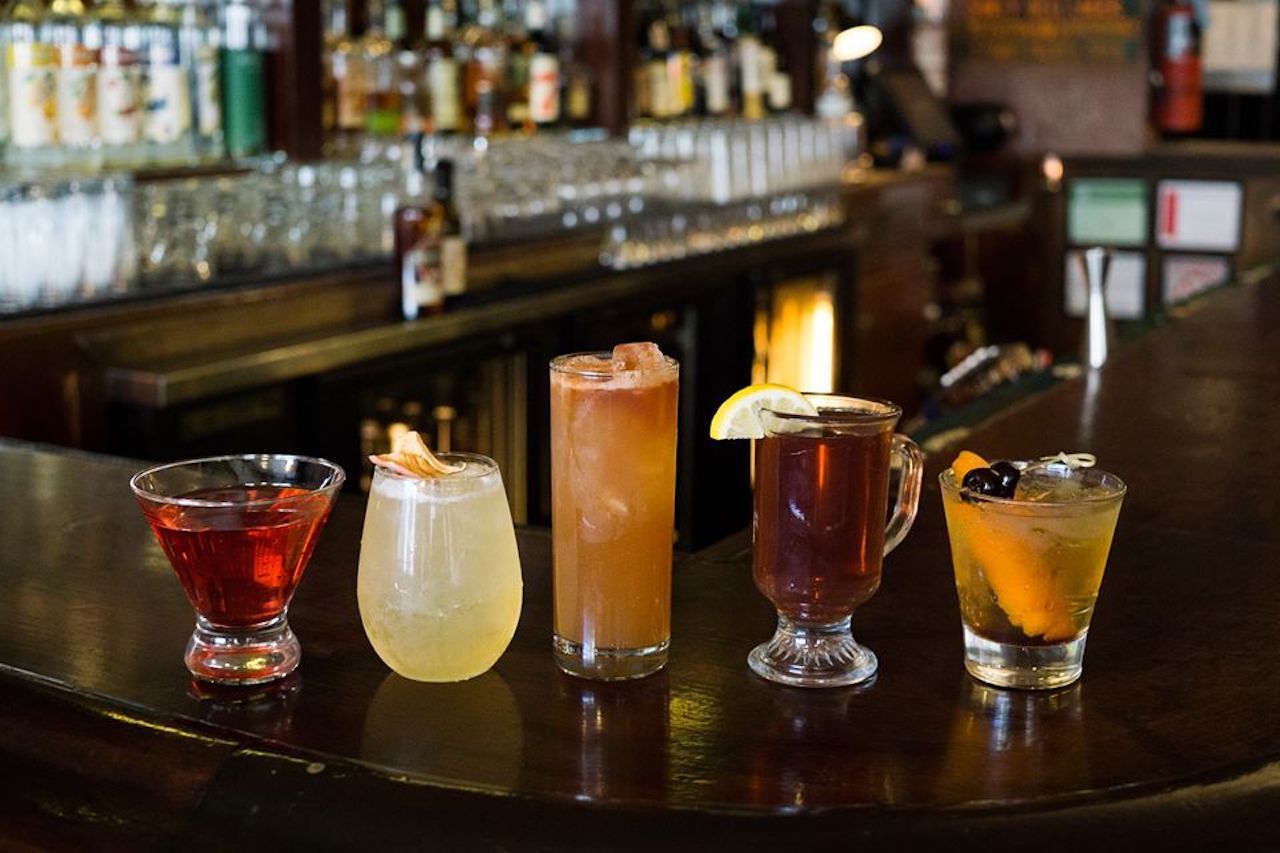 Estelle’s $ — Just a few paces from the six-corners intersection at the center of Wicker Park, this Art Deco dive bar is an old favorite. Estelle’s is best known for its late-night license that allows it to stay open until 4:00 AM (5:00 AM on Saturday nights) — long after most other bars have closed. It’s worth going in earlier, though, as there’s usually a solid crowd, a jukebox playing good tunes, and burgers that are way better than they need to be.

The Violet Hour $$$ — Tucked behind what looks like a boarded-up facade with painted over with murals, The Violet Hour is Chicago’s best speakeasy-style bar. The intricate cocktails have a lot of panache but are extremely well crafted and good enough to back up the hype. The dark space, heavy curtains, high-backed leather chairs, and dim chandeliers all create the perfect ambiance for a night out in Chicago.

The Empty Bottle $$ — The Empty Bottle isn’t technically in Wicker Park as it’s slightly south in Ukranian Village. But as one of the neighborhood’s last surviving venues from the early 1990s, when bands like The Smashing Pumpkins were coming up in the neighborhood, it deserves a spot on this list. The dive-bar setting is classic Chicago, and it books great acts from all different genres. It’s the type of small venue where mega-acts like Alt-J will pop into for a set after playing a major concert elsewhere in the city. 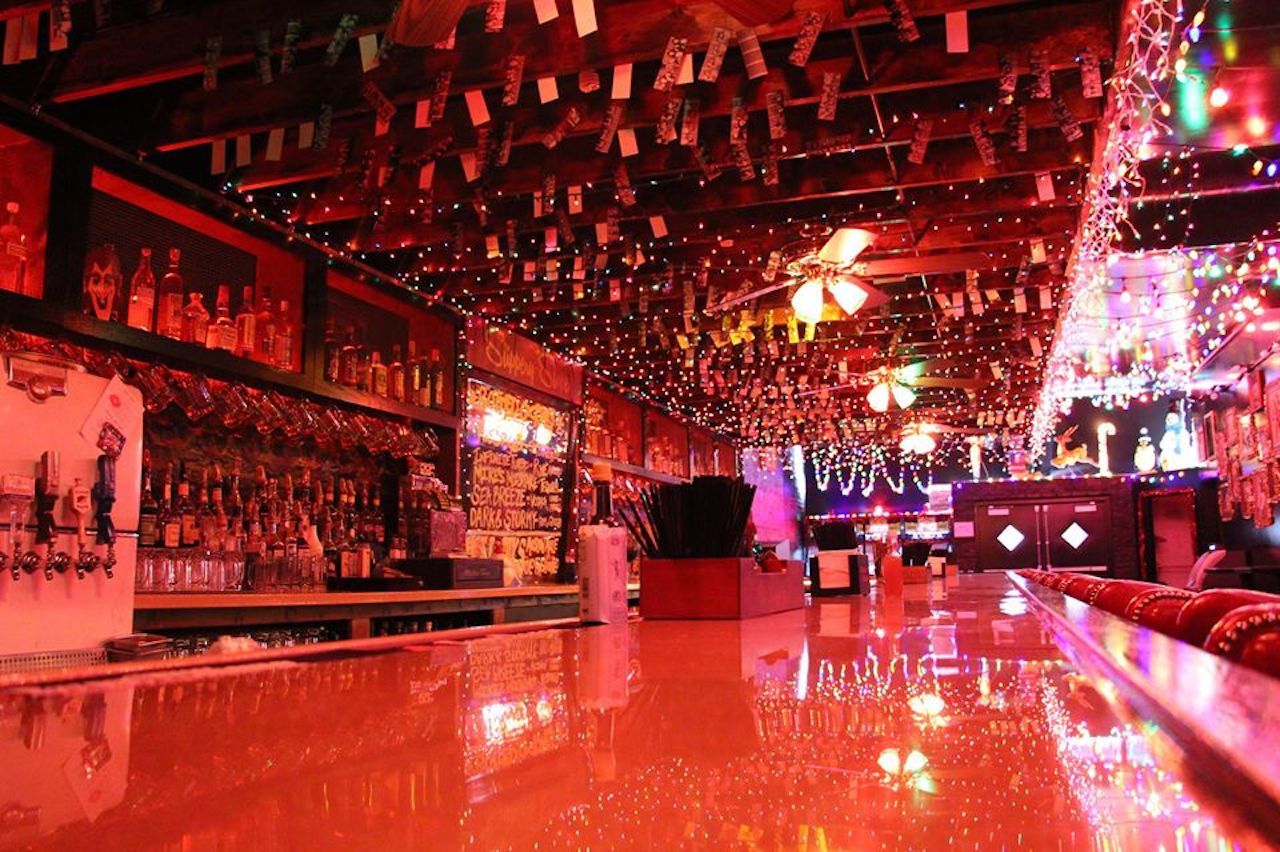 Slippery Slope $ — This Logan Square dance bar has skeeball, bottled cocktails, and craft beer. It’s the sort of place you’ll either love or hate, and you’ll probably know which by the time you’ve finished reading this paragraph. Weekends are packed while weeknights tend to have a bit more room. The drinks are cheap, strong, and delicious, and the tunes are always on point. Slippery Slope usually comes through with a fun night out. Sometimes there’s a line, but there’s never a cover.

Revolution Brewing $$ — Revolution is the best-known of Chicago’s microbreweries with the widest distribution out of state. It’s worth popping into the brewpub for a few beers. People also go to eat, but grab a seat at the bar any night of the week, and you’ll definitely find yourself in a bar atmosphere. The beers are excellent and often feature limited releases and interesting collaborations, and the food is very good as well with pizza, seafood, sandwiches, and upscale bar food. 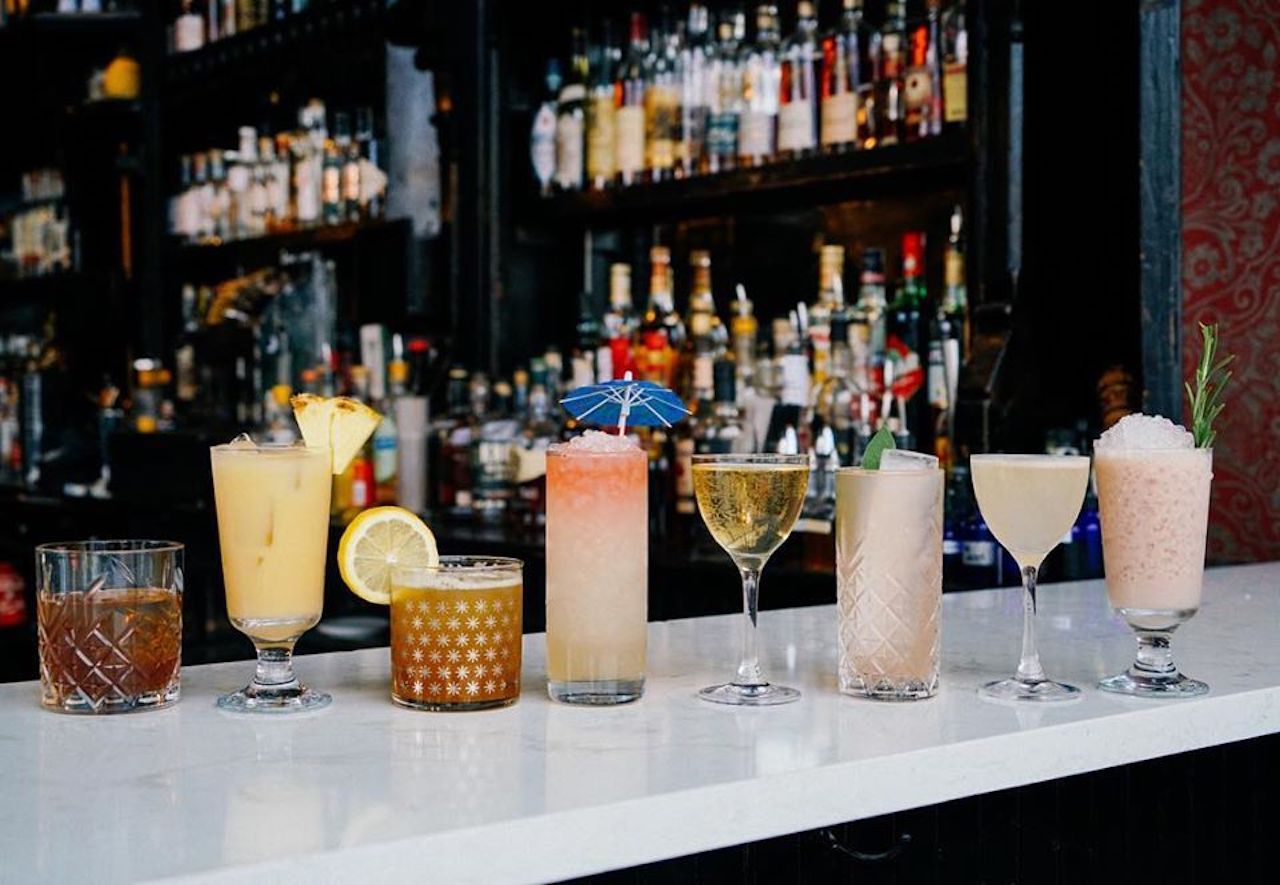 Scofflaw $$ — Scofflaw is a cocktail bar focused on gin drinks, but it does many things well. The first thing you notice when you walk in is the uber-cool ambiance and Victorian furnishings. It’s worth eating here as well, as Scofflaw does excellent upscale pub fare at reasonable prices.

Lost Lake $$ — Lost Lake is a tiki bar for people who don’t think they like tiki bars. The mainly rum-based cocktails are all incredibly fun and never too sweet. The crowd here leans young. A pan-Asian-inspired small bites menu is served late and helps soak up all the booze you might not notice you’ve been drinking. 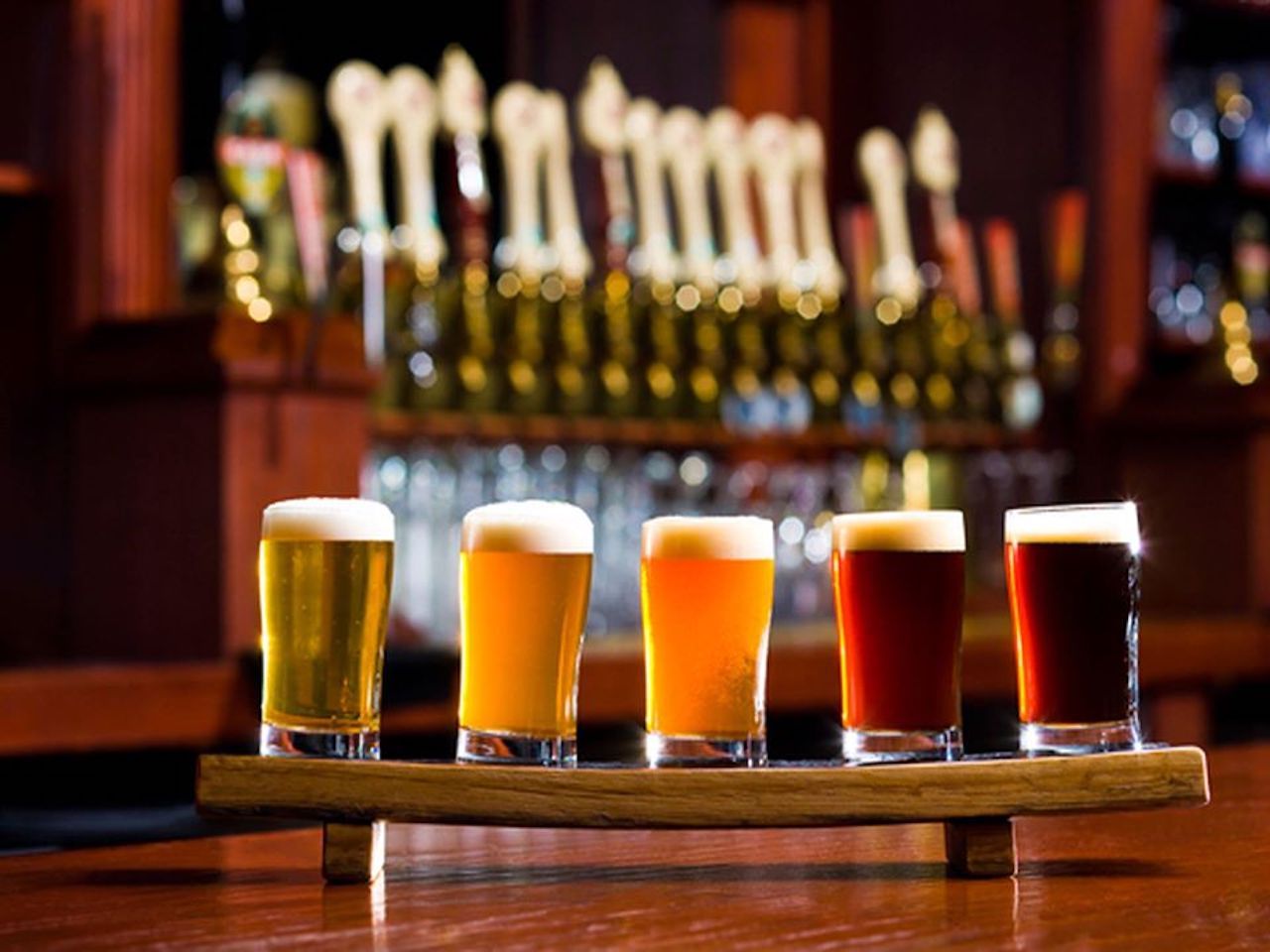 Disco $$$ — As its name suggests, Disco is an unapologetic throwback to the music and vibe of the 1970s. DJs spin classic disco, soul, and funk, all cut with contemporary flourishes. The aesthetics of the ‘70s meet the Instagram era with plush fur sofas, tropical plants, mirrored ceilings, and LED displays. Disco is a place to see and be seen, and it’s super fun without taking itself too seriously. 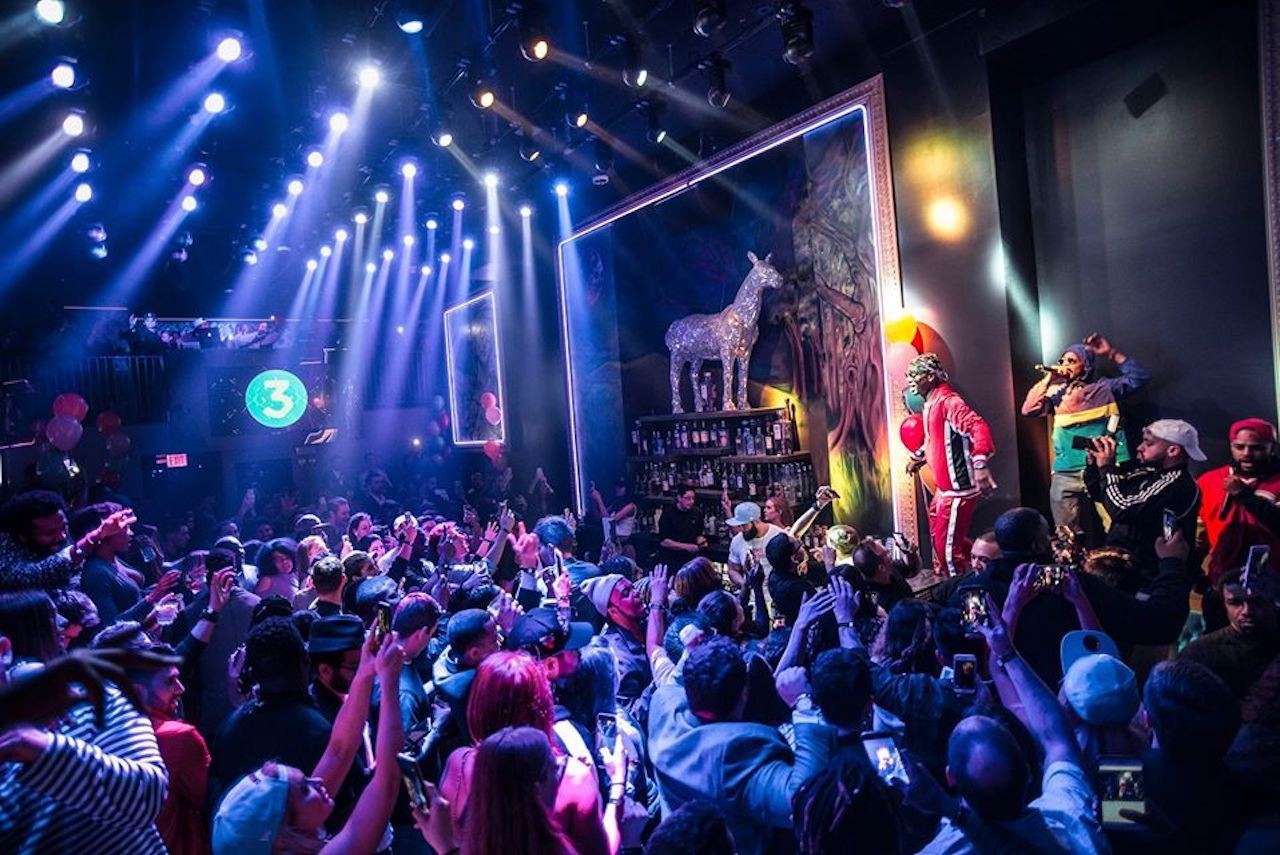 LiqrBox $$ — For a super fun but slightly surreal night out, head to LiqrBox. True to its name, this club offers many of its cocktails in juice boxes just like the ones you took to school as a kid. Besides being fun and slightly gimmicky, this makes it easier to dance without spilling drinks and makes it much more difficult for any creeps to spike someone’s drink. Good tunes, beautiful people, neon murals, three floors of fun, and shots dispensed from vending machines make this a great place for a night out.

Three Dots and a Dash $$$ — A world-renowned tiki bar that’s an escape on a cold Chicago night (and any night, for that matter). The menu is filled with classic, original, and large format cocktails made with fresh-pressed juices and rare rums off of the long rum list. For food, there are island-inspired options like crab rangoon and Hawaiian baby back ribs. 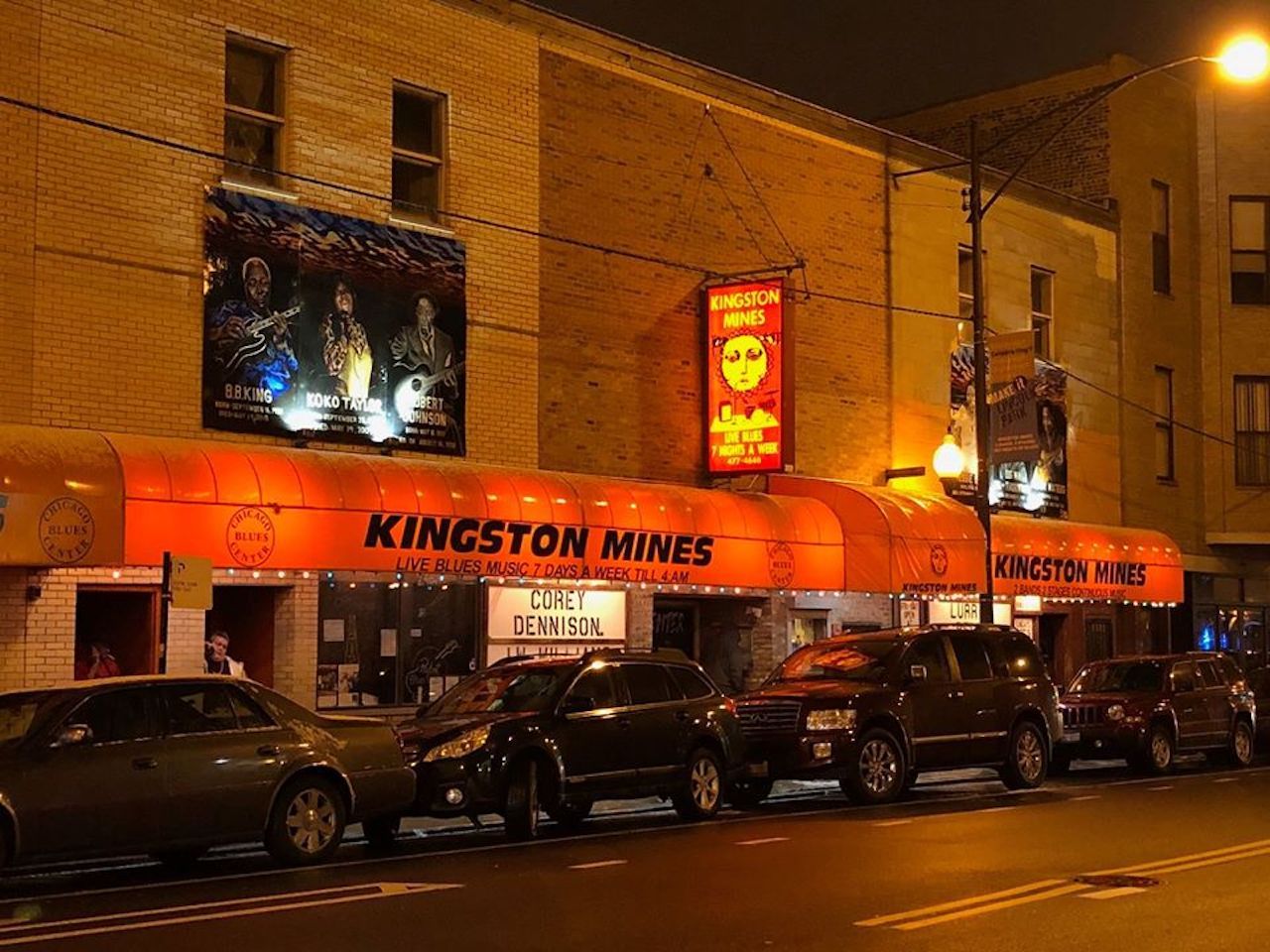 Kingston Mines $$ — Chicago is famous for blues music, and one of the most fun and authentic venues to see some blues is at the legendary Kingston Mines. They book Chicago artists as well as acts from across the country and occasionally host people who are true Blues royalty. It also serves great cajun and soul food.

Smartbar $$ — Chicago’s best club for techno is located in the basement of The Metro, a storied concert venue located half a block away from Wrigley Field. Smartbar draws top DJs from across the US and around the world. There’s always a party at Smartbar, and it doesn’t stop until at least 4:00 AM. Take note: There’s typically a cover charge.

The L&L $ — The L&L is one of Chicago’s great dive bars. Its main claim to fame is that two serial killers — John Wayne Gacy and Jeffrey Dahmer — are both rumored to have been patrons. Otherwise, it’s dark, dingy, and has cheap drinks and a great jukebox.

Berlin $ — If you’re looking to really cut loose in Chicago, Berlin is the place. It’s an LGBTQ bar, but everyone is welcome here so long as they bring a good attitude along. The club gets great DJs and nearly always has excellent music playing. People come here to have a good time, and they generally succeed. There’s usually a $5 to $10 cover late at night, but drinks are cheap once inside. Open until 4:00 AM (5:00 AM on Saturday nights).

The Green Mill $$$ — The original Green Mill opened in the early 1900s, and the location was a mob-run speakeasy during Prohibition (the tunnels used to smuggle alcohol are still there). Today, Green Mill is a jazz bar that regularly draws top talent.