Most neighborhoods in Chicago began as ethnic enclaves where newly-arrived immigrants staked their claim and began working toward the American dream. And while some neighborhoods have moved beyond their cultural beginnings, most still maintain links to their past that you can find in the names of streets, churches, and parks, and often in the odd restaurant or bakery that managed to survive as the neighborhood changed.

Getting to know Chicago’s neighborhoods is no easy feat — depending on how you count them, there are anywhere between 77 defined “community areas” and 200 unofficial neighborhoods that residents identify with. We selected eight areas that travelers to Chicago should make sure to check out to get a well-rounded idea of what the Windy City is all about. 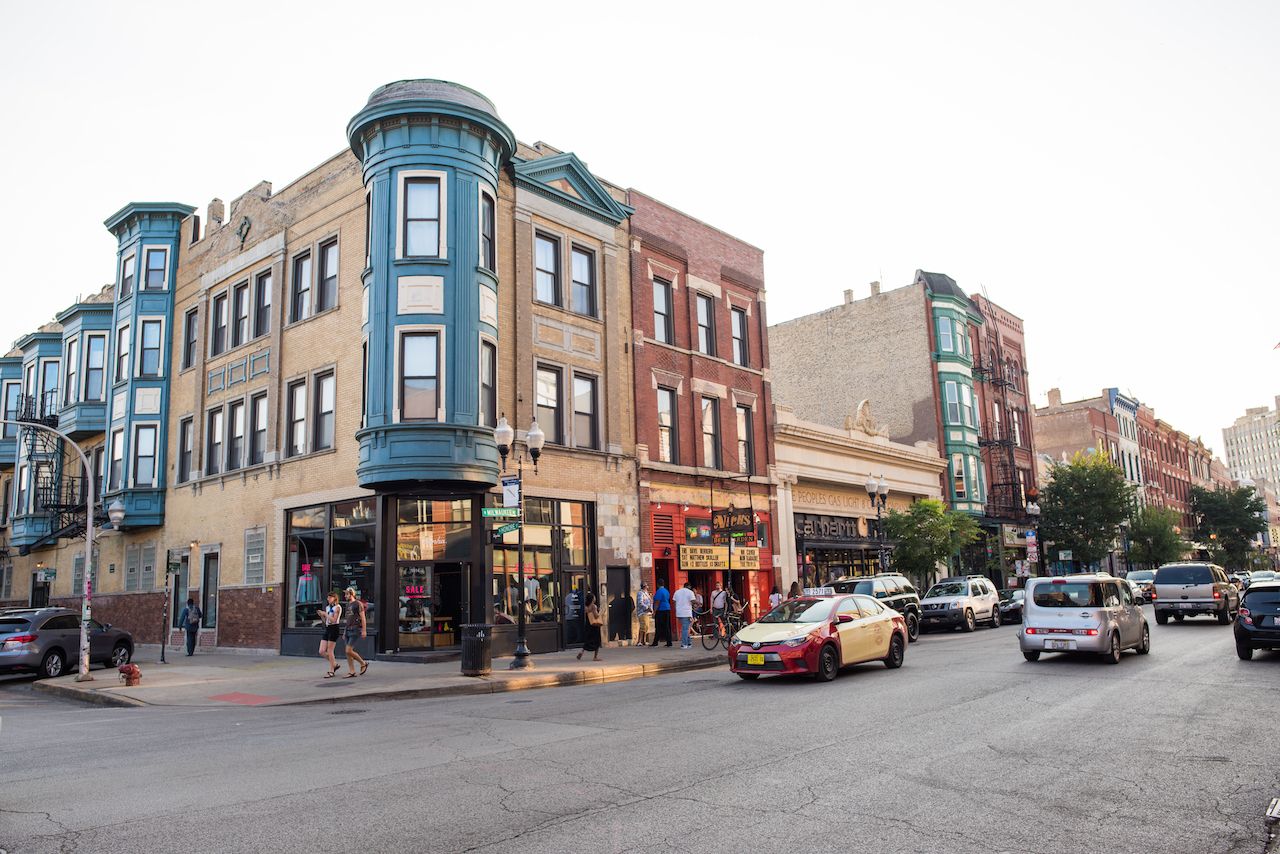 Wicker Park — While it’s been a long time since anybody would call Wicker Park edgy, the neighborhood still has an indie atmosphere. The neighborhood’s bars mostly avoid frat-boy vibes, and people who live here are pretty likely to be pierced and tattooed, even if they work downtown corporate jobs. Wicker Park is dotted with beautiful German and Scandinavian mansions from the late 19th century, with the highest concentration of these along Hoyne Avenue going south from North Avenue. Check out these gorgeous homes and shop in the boutiques along Milwaukee Avenue by day, and at night make sure to explore the neighborhood’s great live music venues, excellent restaurants, and its booming bar scene that sees the streets crowded on Friday and Saturday evenings. For a great night out in Wicker Park, grab a beer and pizza at Piece Brewery and Pizzeria, catch a concert at Subterranean, then get late-night dive bar drinks at Estelle’s. 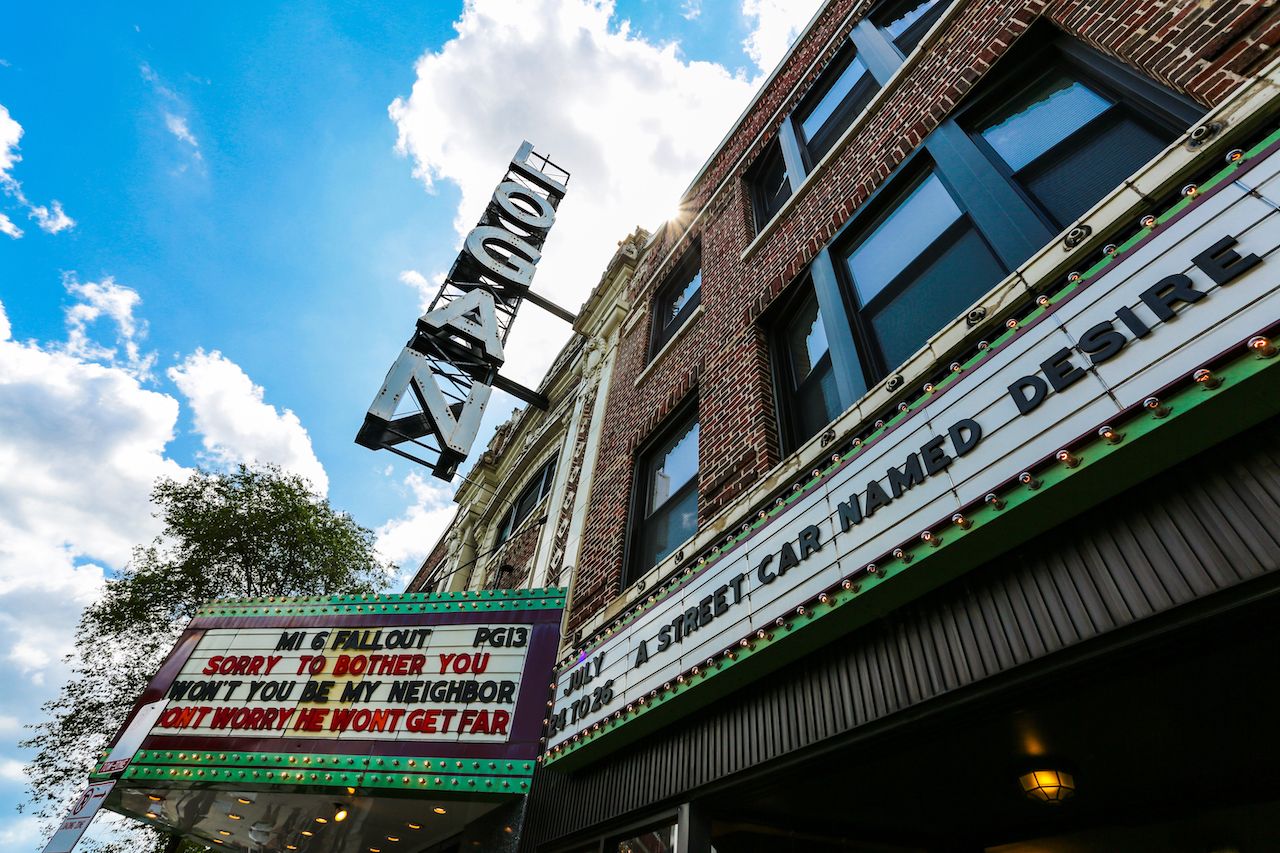 Logan Square — One of the city’s fastest-changing neighborhoods, Logan Square is now full of people who just a decade ago would have thought the neighborhood too dangerous to venture into. Today you’ll find all sorts of Chicagoans around Logan Square, but there is a definite artistic and hip vibe. Logan Square has some of the city’s best new restaurants like the excellent Superkhana International, which does playful takes on Indian classics. Along the neighborhood’s main stretch of Milwaukee Avenue is a vibrant bar scene and lots of great breweries, cafes, bakeries, and a health food co-op. Pair your dinner with a movie by visiting the Logan Theatre, an independent cinema-bar hybrid that’s been around since 1915. The movie theater shows Hollywood blockbusters as well as independent and throwback flicks. Many of the original features, such as a stained glass arch and marble walls, have been meticulously restored. 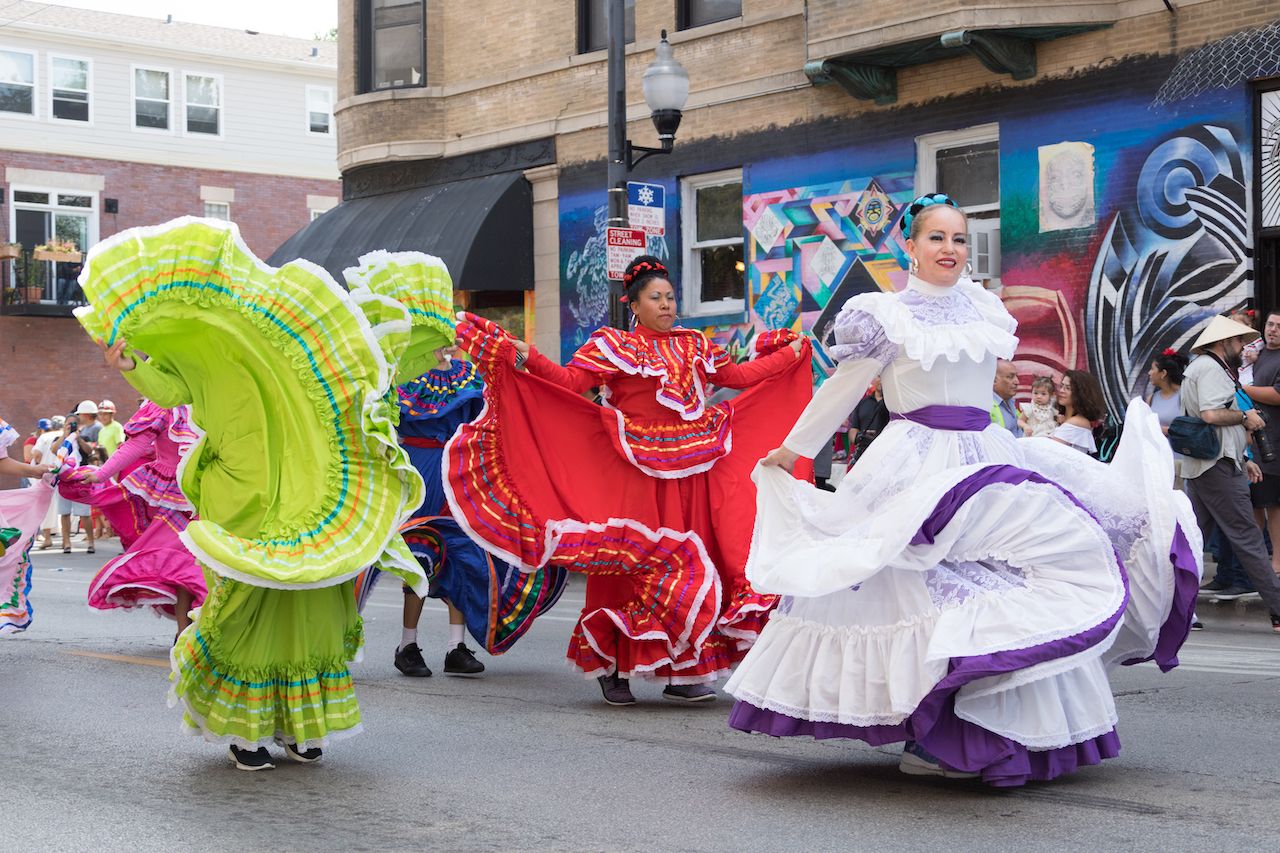 Pilsen — Originally settled by Czech immigrants (hence the name), Pilsen has been predominantly Mexican for some time now, despite its slow but sure gentrification. You’ll find the city’s best Mexican restaurants here, as well as street art pieces and community murals that are part of a dynamic art scene with roots in the politics of the ‘60s and ‘70s. Locals will always argue about the best restaurants, but a few favorites are Atotonilco and El Milagro, which besides making great food of its own also makes tortillas for most of the city’s Mexican restaurants. Check out the wonderful (and free) National Museum of Mexican Art to see some beautiful folk art and works of artisanship that document the culture of Mexico and of the Mexican-American experience in the US. For most people, the highlight here is the collection of Día de los Muertos masks and other items used to celebrate the Day of the Dead. 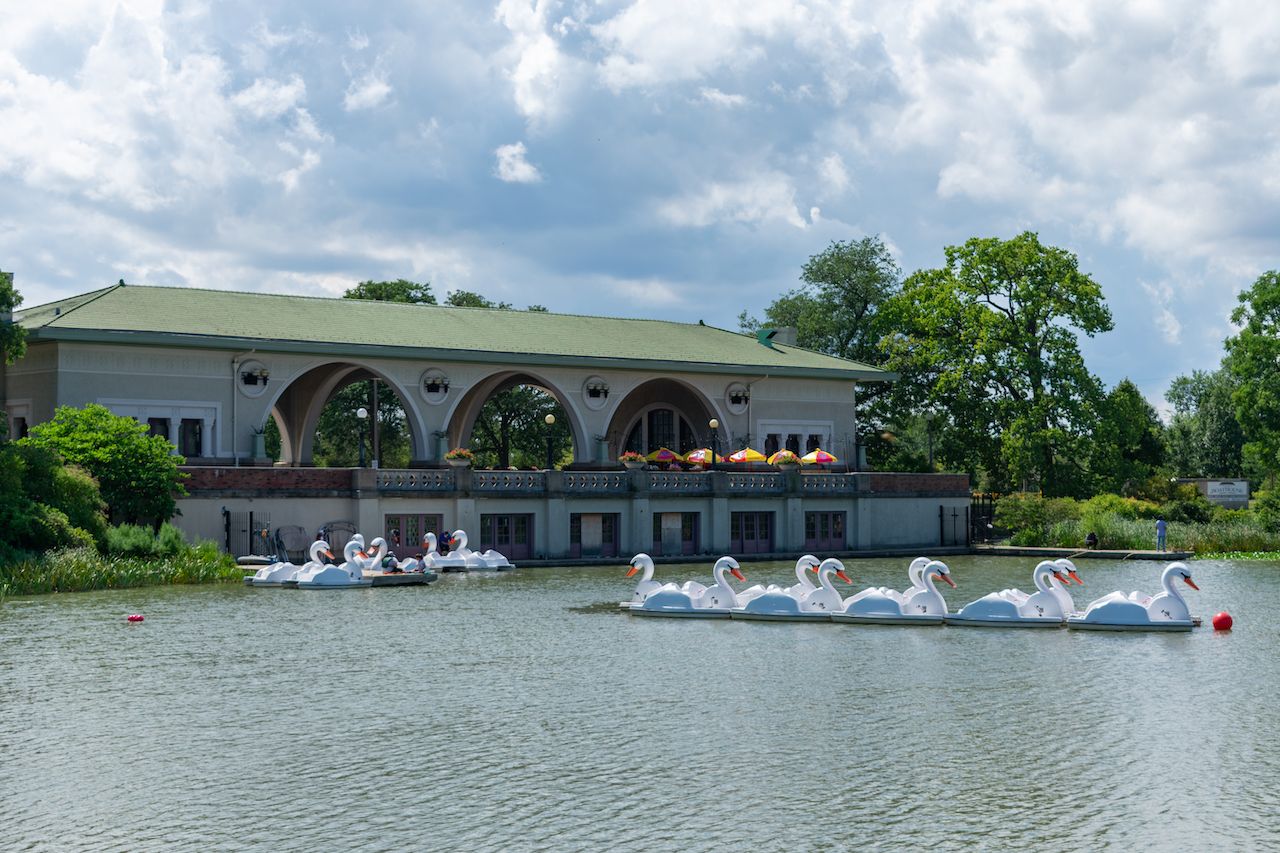 Humboldt Park — Humboldt Park has been Chicago’s Little Puerto Rico since the 1970s, but gentrification is now changing the area. The actual park that gives the neighborhood its name is beautiful, with gardens, a lagoon, wetlands, and ballfields that host some competitive baseball and softball games on weekends and evenings when the weather is warm. Touring the park is one of the highlights of the neighborhood. Don’t miss the Formal Garden and the boathouse, which has a great cafe with views over the lagoon and where you can rent paddle boats in the summer. A number of good restaurants and bars have opened here in recent years, like the wonderful Café Marie-Jeanne that has the feel of a small neighborhood bistro in Paris. Of course, you can still get some excellent Puerto Rican food in Humboldt Park — check out La Bomba for a sit-down meal, or any of the food trucks in the park if you’re on the go. 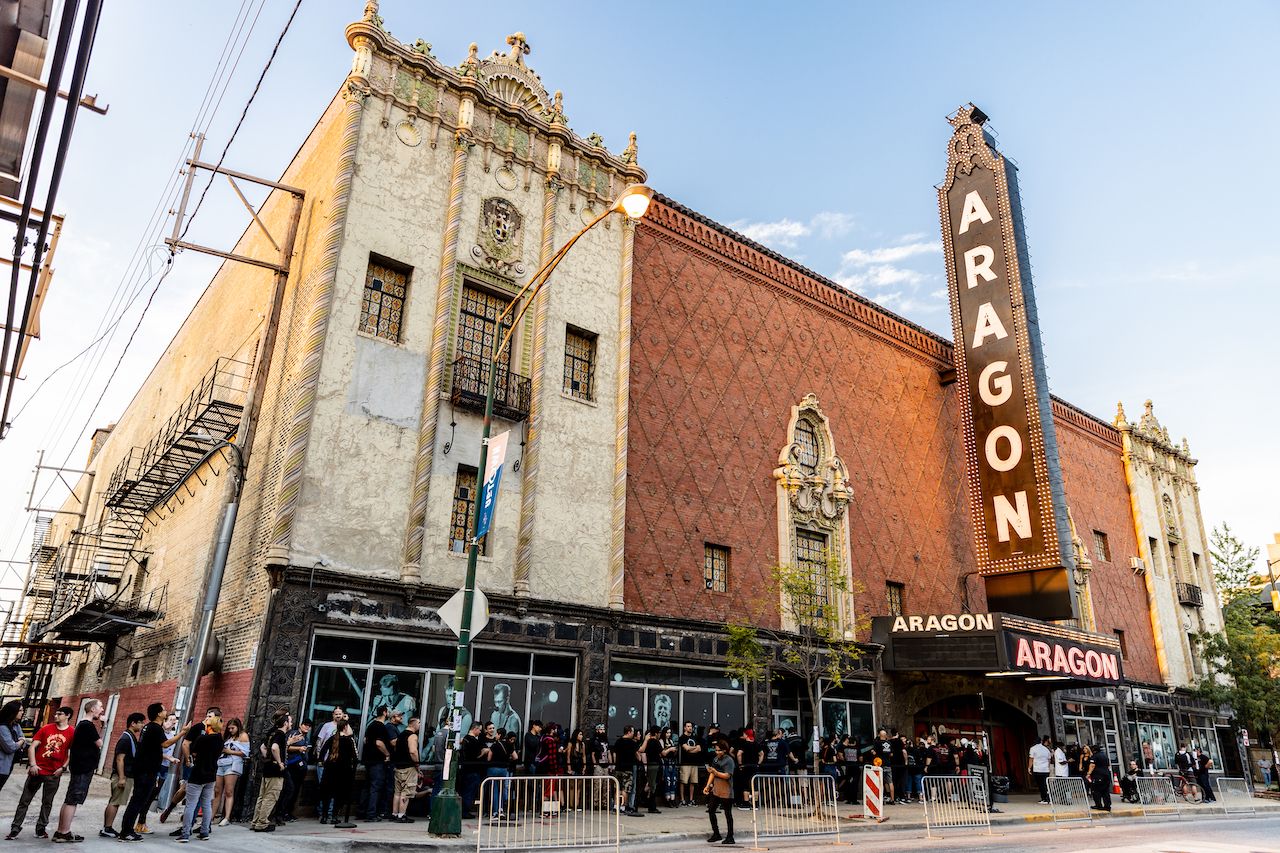 Uptown and Andersonville — From the 1920s all the way through the post-war years, Uptown was at the center of entertainment in Chicago thanks to its dance halls and bars like the still-excellent Green Mill, where the likes of Al Capone used to drink and escape raids through underground tunnels. Two of those old dance halls, Aragon Ballroom and Riviera Theatre, are killer concert venues today. The neighboring Andersonville was once Chicago’s Little Sweden and today is a fun place to hang with many bars, cafes, and restaurants. It’s also one of Chicago’s most LGBTQ-friendly areas. Straddling the two neighborhoods, Little Saigon along Argyle Street is an ethnic enclave with a number of delicious Vietnamese restaurants, as well as great Thai, Chinese, and Hmong food. Tank Noodle sits on the corner at the heart of the neighborhood and is considered to serve the neighborhood’s best Vietnamese food. 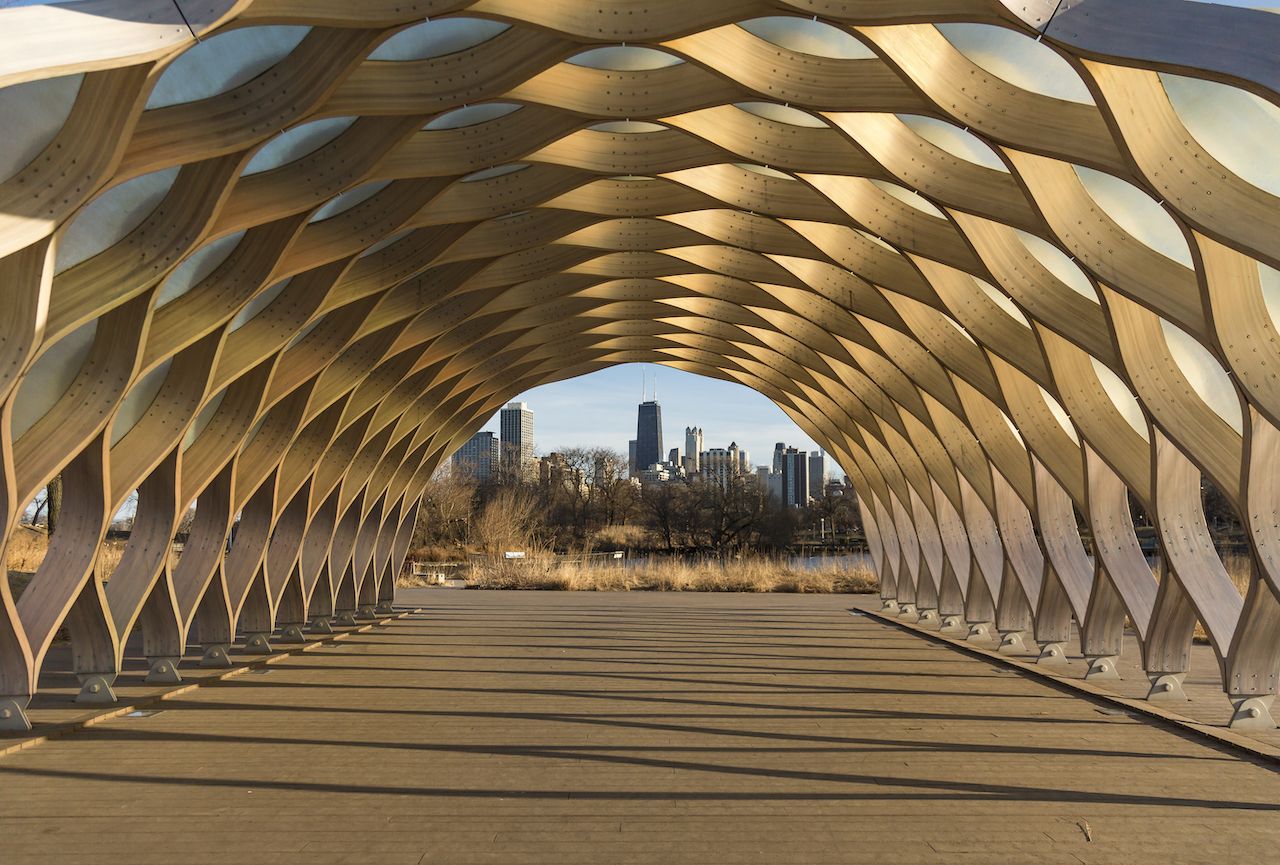 Lakeview and Lincoln Park — Lincoln Park has traditionally been one of Chicago’s old-money neighborhoods, and there are still plenty of beautiful, expensive homes in the area. There’s also DePaul University which keeps the neighborhood young and fun. Lakeview borders Lincoln Park to the north and contains the smaller neighborhoods of Boystown and Wrigleyville within it. The two areas have some of the city’s densest concentration of bars and restaurants, and there’s always something fun to do here. If you’re more into bro-ish sports bars, check out the legendary Cubby Bear kitty-corner to the famous Wrigley Field Marquee. For a fun LGBTQ-friendly scene, hit up Boystown and head to Berlin to dance late into the night to always-excellent music. Where Wicker Park and Logan Square lean more toward the trendy and creative crowd, these neighborhoods lean more to business types, with large numbers of graduates of the big 10 universities around the Midwest flocking here. Both these neighborhoods run along the lake and the entirety of the lakefront here is all beaches and green space that make up the actual Lincoln Park. Along the Lakefront, check out the Peggy Notebaert Nature Museum to learn about local flora and fauna. 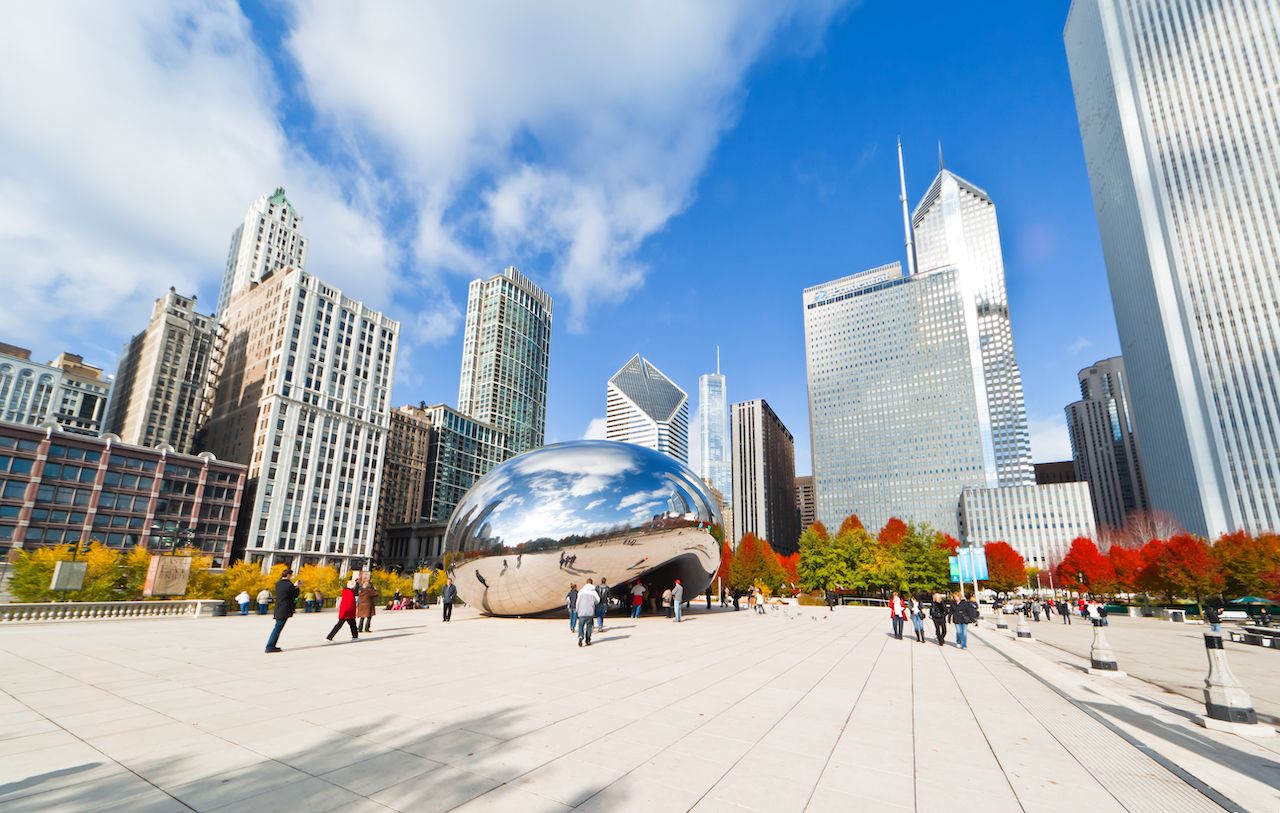 Downtown and the Loop — The city center is where you’ll find many of Chicago’s most iconic locations. The Loop is named for the elevated train tracks that circle the city center and has little going on outside the Monday-to-Friday work hours, but still, it’s definitely worth hopping on a Brown, Pink, Orange, or Purple Line train to ride around and see the city from a different vantage point. Just outside the Loop, Millennium Park, Maggie Daley Park, and Grant Park are all worth checking out for their sculptures (the famous “Bean” is found in Millennium Park), fountains, gardens, and incredible views of the skyscrapers to one side, and the blue lake to the other. The Chicago Riverwalk is a beautiful public space and has some of the best views of the classic bridges and high-rises looming over the river’s green waters. To the southeast, the Museum Campus could take days to fully explore with the Field Museum, Shedd Aquarium, and the Adler Planetarium. To the north is Chicago’s main shopping area along the Magnificent Mile. 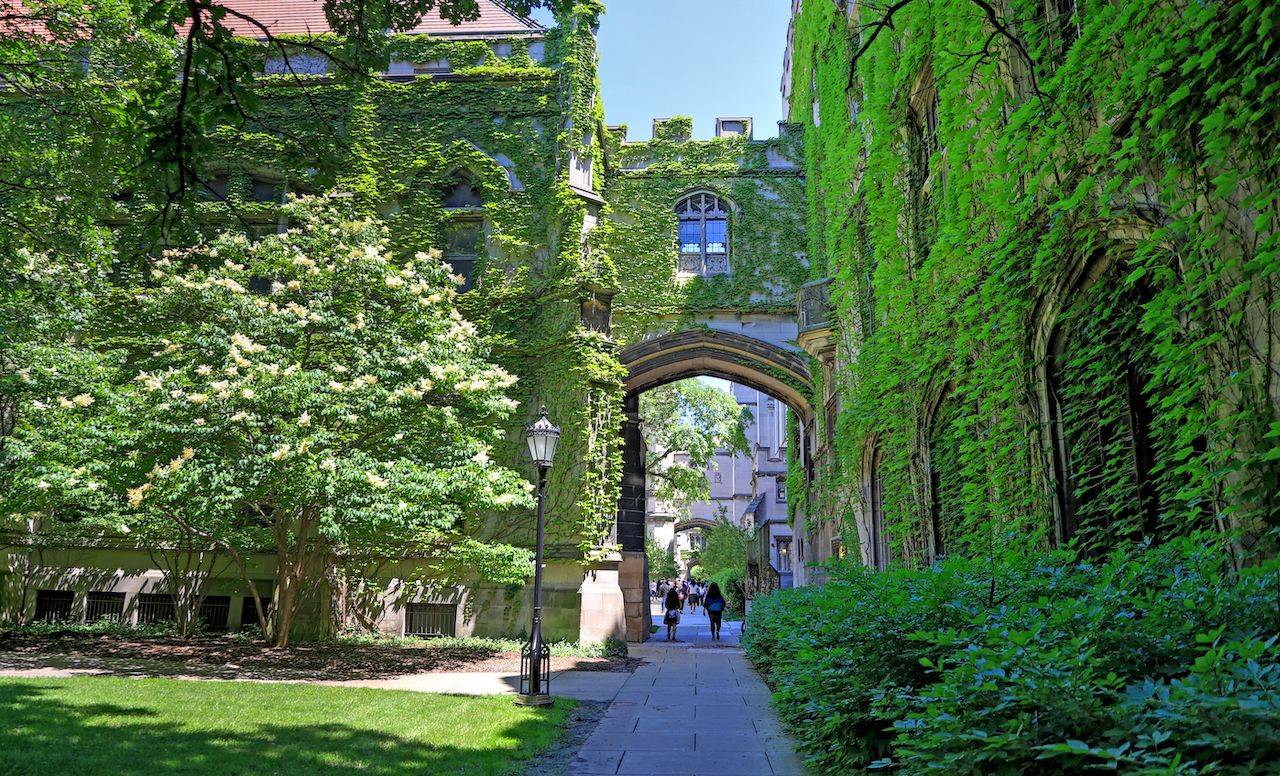 Hyde Park — Hyde Park on the South Side is one of Chicago’s oldest neighborhoods. Today it’s best known as the home of the University of Chicago and the former home of the pre-presidential Obamas, but there’s a lot more going on. The Museum of Science and Industry is one of the city’s best and always has something interesting for all ages. Behind the museum, Jackson Park was once the site of the 1893 Columbian Exposition and is a gorgeous green space full of gardens, sports fields, a beach, a golf course, and some lovely lagoons. Going west from the park, the Midway Plaisance is a wide boulevard at the center of the U of C campus. Nearby there are some beautiful homes that are worth seeing, the best of which is Chicago architect Frank Lloyd Wright’s Robie House where you can and should take a tour. Hyde Park is also a great neighborhood for soul food; check out The Soul Shack for all of the classics.