Chicago is among the best food cities in the country — and even the world. Its dining scene has some of the most creative and innovative chefs you’ll find, and they consistently push the boundaries of what food and dining can be. Chicago also has a long tradition as a working class city of immigrants, and influences from a number of cuisines are evident. It’s a meat-and-potatoes kind of city, but it’s also a cosmopolitan metropolis that isn’t afraid to try new things. These are the restaurants you don’t want to miss in Chicago’s major neighborhoods. 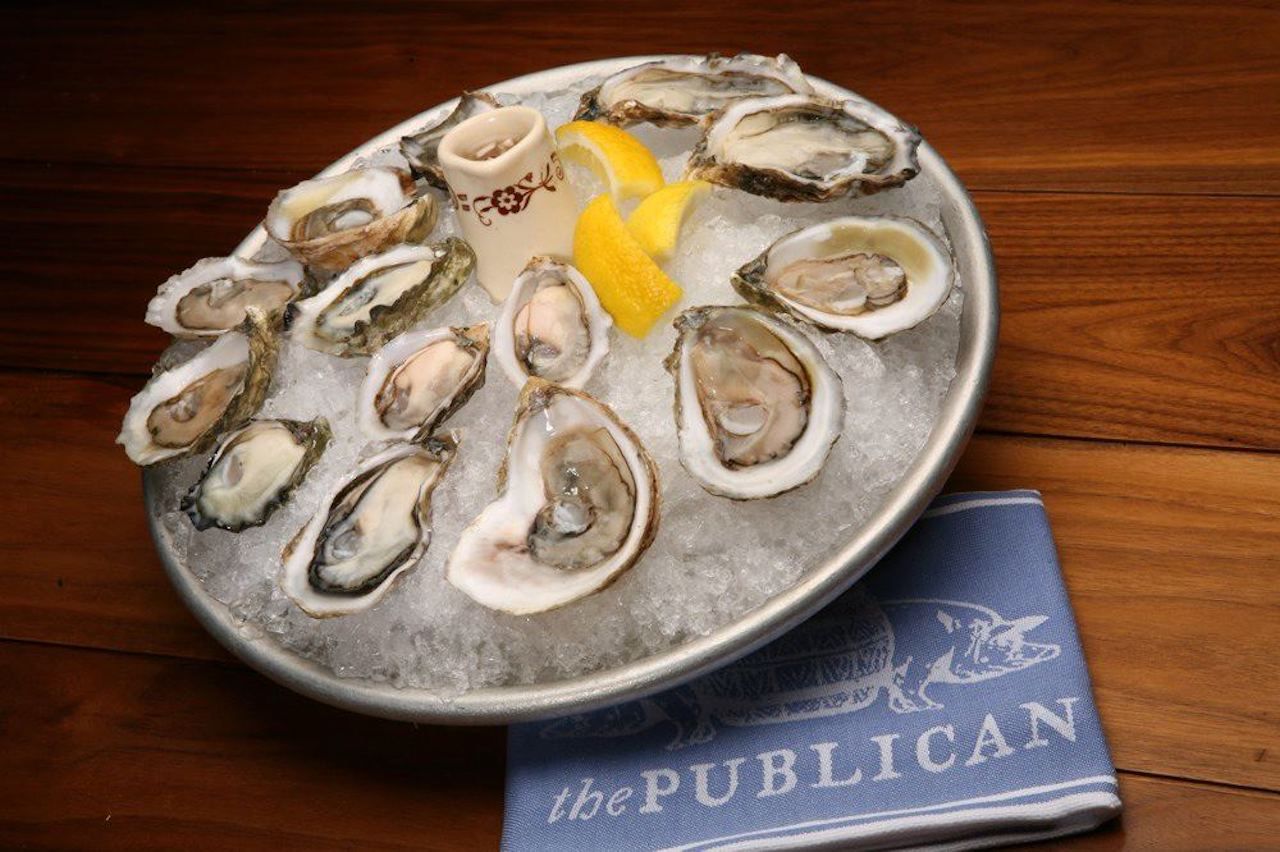 The Publican $$$ — Legendary Chicago chef and restaurateur Paul Kahan owns a number of the city’s best restaurants, but the one that gives the best sense of his chef-centric philosophy is The Publican. The restaurant is a tribute to beer, pork, and oysters, and the menu covers a wide range of perfectly executed farmhouse fare. If you ask Chicago chefs what their favorite restaurants are, The Publican will make the list more than just about any other spot in the city. It can be nearly impossible to decide what to order, but the chef’s tasting menu is always a good bet.

Bari $ — It may be less famous than pizza and hotdogs, but Italian beef is one of the most Chicago of all the Chicago-style foods. Even though Bari is more famous for its delicious meatball sub, this small Italian grocery store and deli along Grand Avenue does the best Italian beef sandwich in the city. Order it with sweet or hot peppers, add cheese if you want, and ask for it dipped, which means given a final dunk in the jus before being wrapped and served. Bari is mainly a takeout spot, but there is a counter with a few stools in the front window. 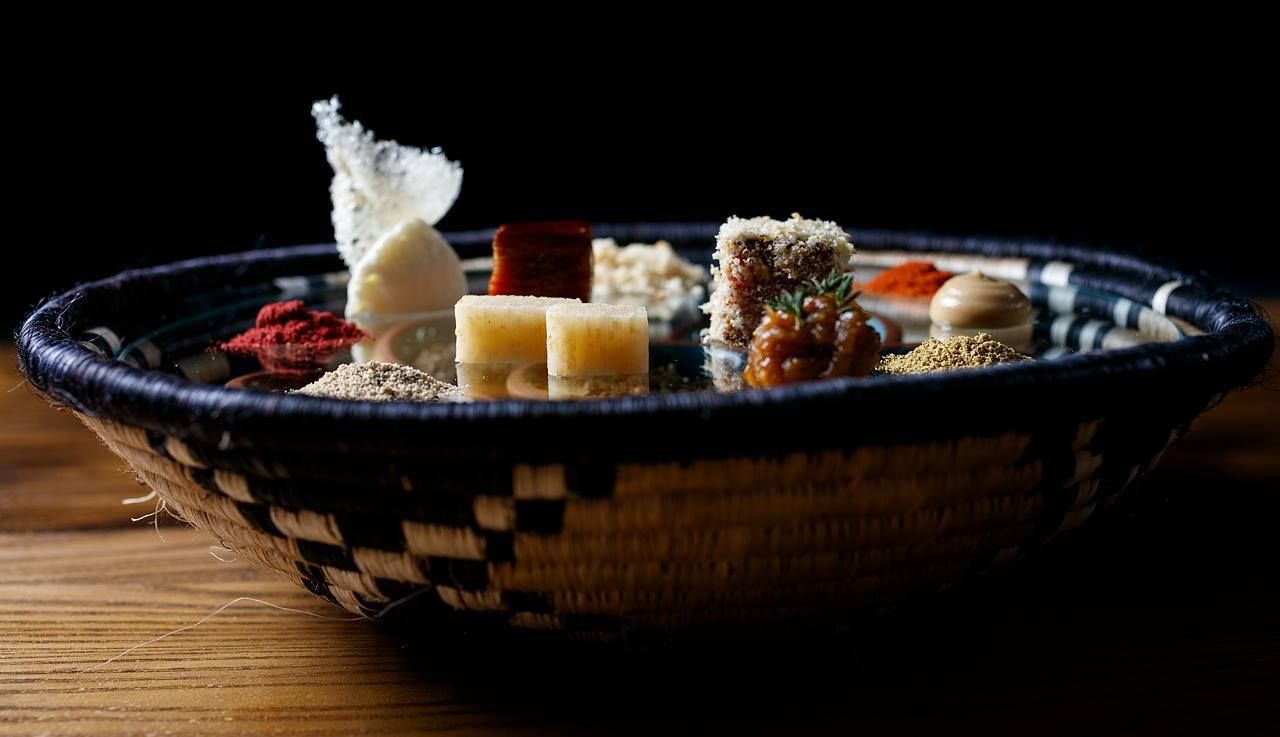 Next $$$$ — Chef Grant Achatz is considered by many to be one of the best chefs in the world. Building off the success of Alinea, which won endless press and adoration for its progressive and creative approach to food, Achatz opened Next, a restaurant that changes its entire concept seasonally. At Next, you get a reservation through the purchase of a ticket that includes the cost of the entire meal, tip, and any wine pairings. The pricing is dynamic, so a Saturday night will cost more than a Tuesday. Tickets should be bought in advance, though they do release some day-of tickets on their Facebook page. 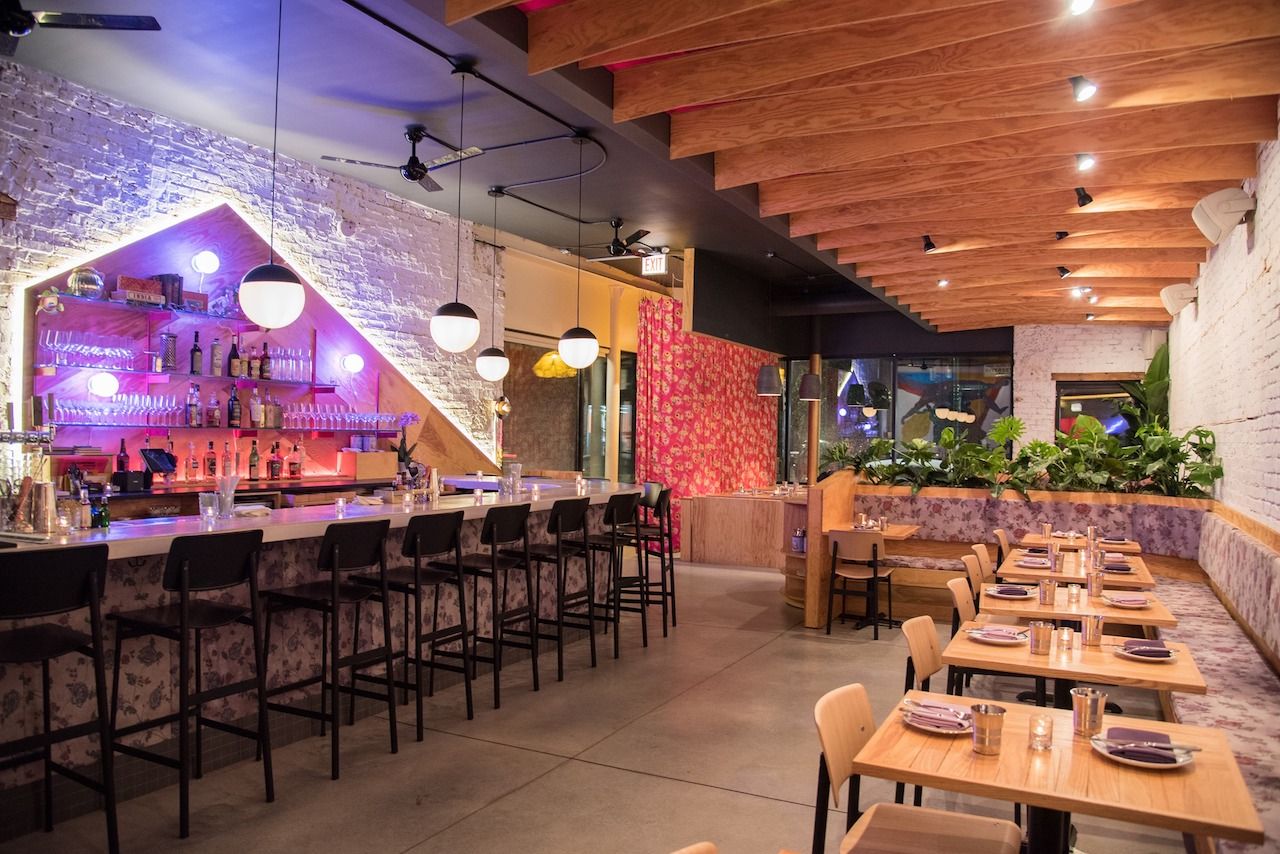 Superkhana International $$ — This restaurant offers something a bit different than the typical Indian fare. The word fusion might get thrown about, but what the Chicago veteran chef-owners are doing here is more like playful takes on Indian classic dishes. The menu changes weekly depending on what’s seasonally available from local suppliers. That, along with great ambiance, excellent cocktails, and a fantastic name, make Superkhana International a winner.

Café Marie Jeanne $$ — A bar with the neighborhood feel of a French brasserie. People are as likely to stop in for coffee, pastries, or a baguette to-go as they are to sit down to enjoy the always excellent food. The menu spans a range of bistro favorites, does an excellent brunch, and has one of the best burgers in the city, though it’s only offered on Thursdays. 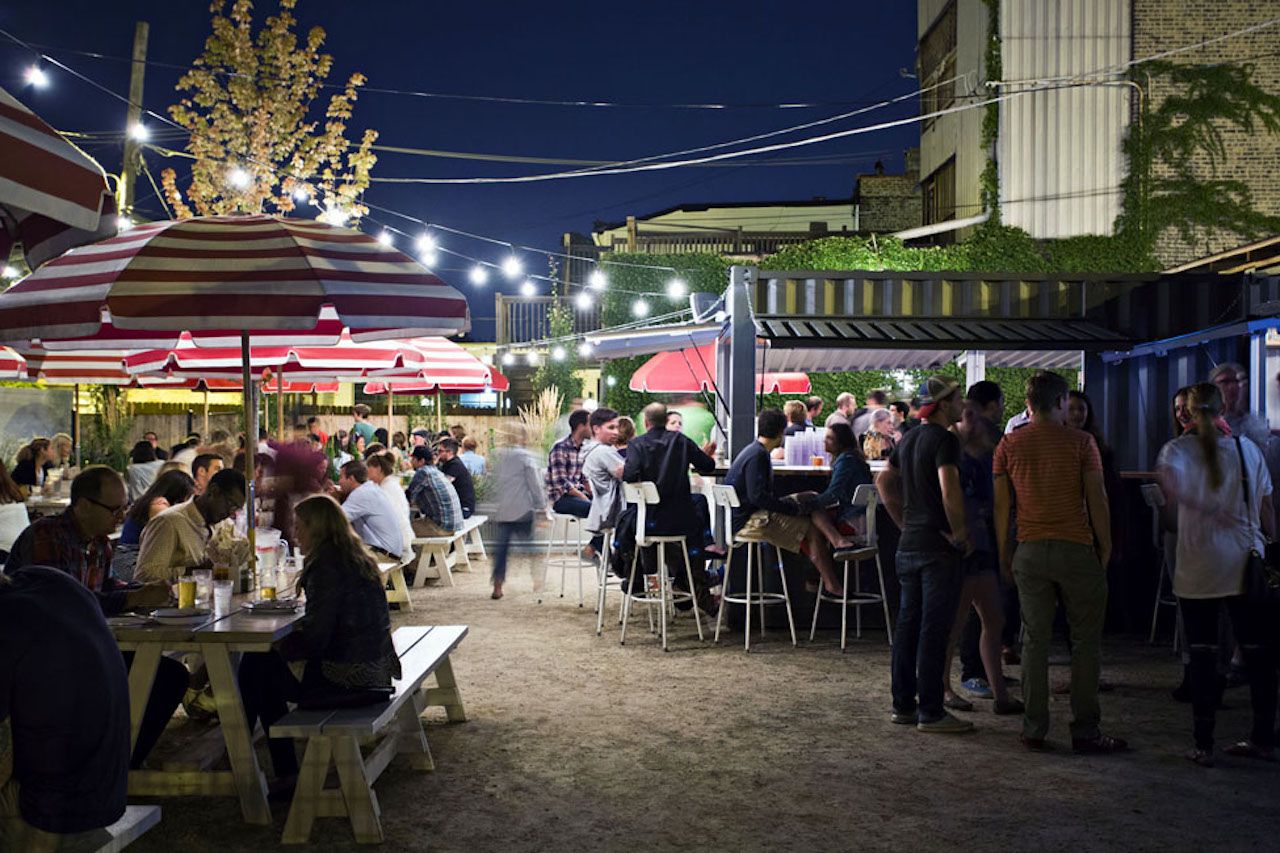 Parson’s Chicken and Fish $$ — In between Logan Square and Humboldt Park, Parson’s is doing some of the better fried chicken and fish you’ll find in the city along with some great sides and snacks. The huge patio is one of the city’s best on a hot summer day, and it has a great cocktail program, as well. The frozen Negroni slushy might just change your life.

Red Hot Ranch $ — The best of all the “Chicago-style” foods is the hotdog. The classic dragged through the garden version with Vienna beef — an all-beef frank on a poppy seed bun with a pickle, chopped onion, tomato, bright green relish, celery salt, optional hot peppers, and never ever ever any ketchup — can be found all over the city. Of all the great hot dogs in the city, you don’t want to miss the one at Red Hot Ranch. It also does a great Polish sausage, hand-cut fries, and one of the best burgers in the city. This place is truly Chicago-style eating. 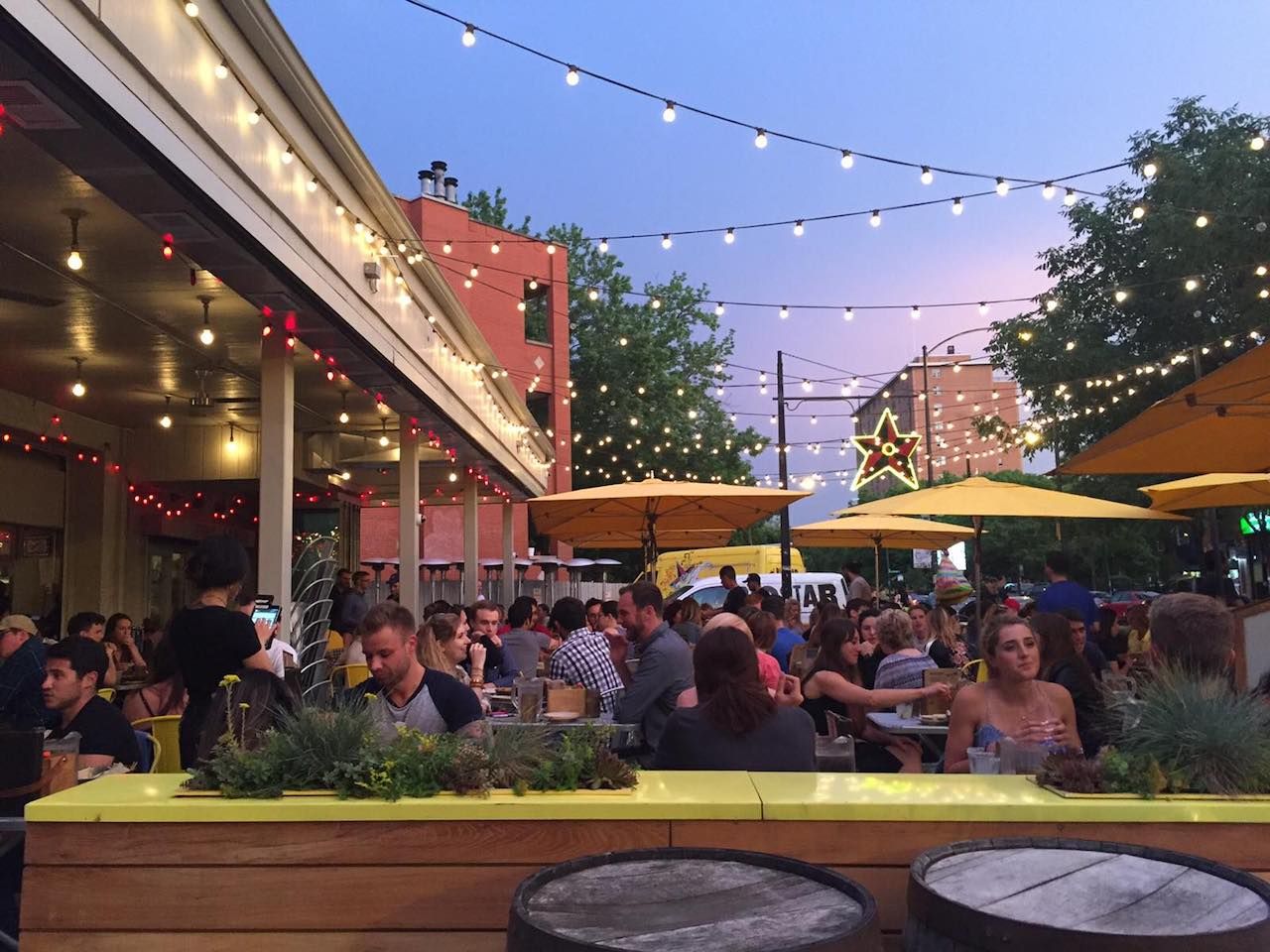 Big Star $$ — Big Star is a taco and whiskey bar that’s a great place to see and be seen. The big patio along busy Damen Avenue makes for great people-watching, and the bar is a favorite any night of the week. Big Star also does excellent tacos that go great with a whiskey, mezcal, cocktail, or, best of all, an ice-cold Michelada.

Sultan’s Market $ — A Wicker Park institution that’s been serving up great falafels since 1995. The shawarmas, hummus, lentil soup, and salad bar will also rock your world. There’s pretty much nowhere else in this neighborhood to eat as well, and as healthy, as you can at Sultan’s for under 10 bucks. 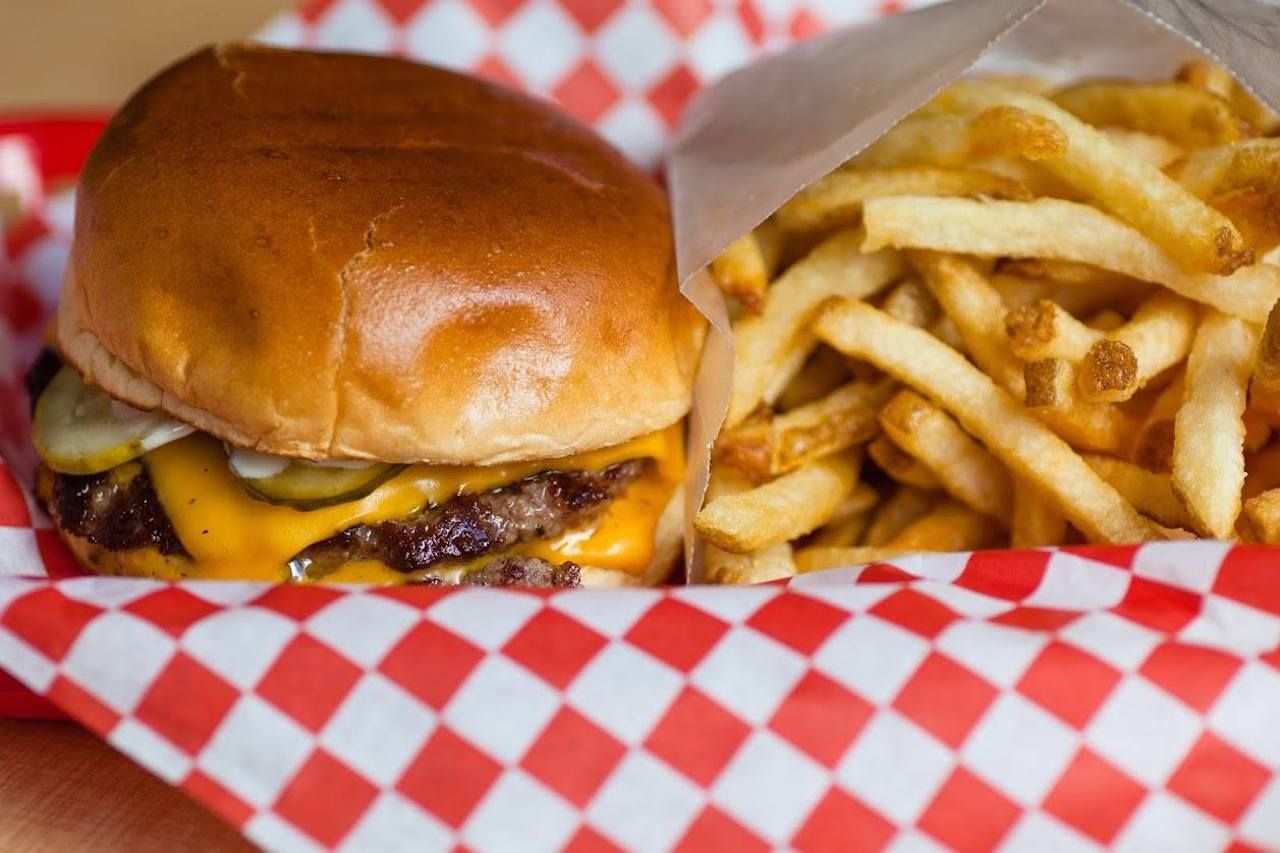 Small Cheval $$ — Au Cheval in the West Loop is considered by many to be making the best burgers in the country. Unsurprisingly, the wait to get in often runs three hours or more. Luckily you can get a burger faster and cheaper at the casual sister brand Small Cheval. There are three locations around the city, but the neighborhood feel and nice patio make the Wicker Park location the best. It serves beer and cocktails, but the milkshakes are also delicious. 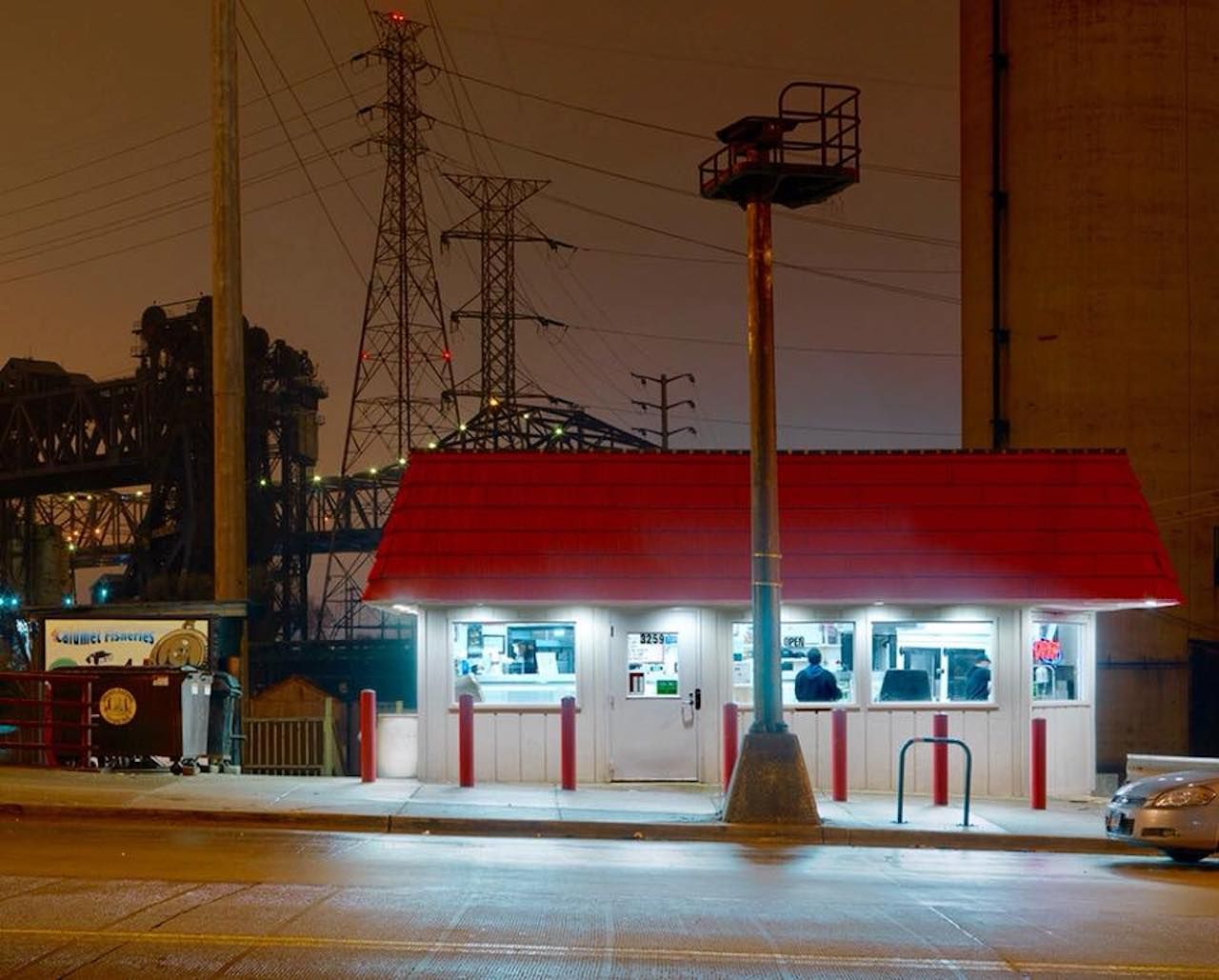 Calumet Fisheries $$ — On the far South Side in one of the city’s most industrial neighborhoods is one of Chicago’s best seafood restaurants. Since 1948, this institution has been frying and smoking fresh seafood out of this same location. There are no bathrooms and no seating (the restaurant is takeout only), but it’s still worth going. It’s won prestigious James Beard awards. If you drive in from Indiana, you’ll probably pass right by Calumet on the expressway.

Vito & Nick’s $ — A pizza place must be included in any Chicago restaurant list, but in this case, it’s not all about Chicago’s famous deep-dish pizza. Vito & Nick’s serves up the pizza that most Chicagoans actually eat, which is thin crust tavern-style pizza. The signature of the style is a cracker-thin crust and a pizza cut into squares rather than pie slices. Get any toppings you want, but to be truly Chicago, you gotta go sausage. Vito & Nick’s uses an old Sicilian family recipe that has led to many locals swearing it’s the best in the city.

El Milagro Taqueria $ — Chicago has no shortage of great Mexican restaurants to choose from, especially in the Pilsen and Little Village neighborhoods. One reason why is that there are so many great local tortilla bakeries making fresh corn tortillas. The best-known of all of these is El Milagro, and the various locations around the South Side are serving up some excellent Mexican food along with incredibly fresh tortillas.

Khin Khao Eat Rice $$ — Chicago has plenty of good Thai restaurants, but Khin Khao does things a little differently. Where it succeeds is true Thai dishes rather than Americanized versions. If you order your food spicy, you’ll actually get it spicy. Plus the menu has wonderful surprises like nam fermented sausage and an excellent pork belly dish exactly like you’d get it in Thailand.