As Chicago was growing into a major world city early in the 20th century, a few progressive city leaders created an ambitious plan to overhaul the city’s transportation networks and create public park spaces. The legacy of this is a city full of parks both large and small. The crown jewel of the plan and one of the best aspects of life in Chicago is all the public park space along the lakefront. 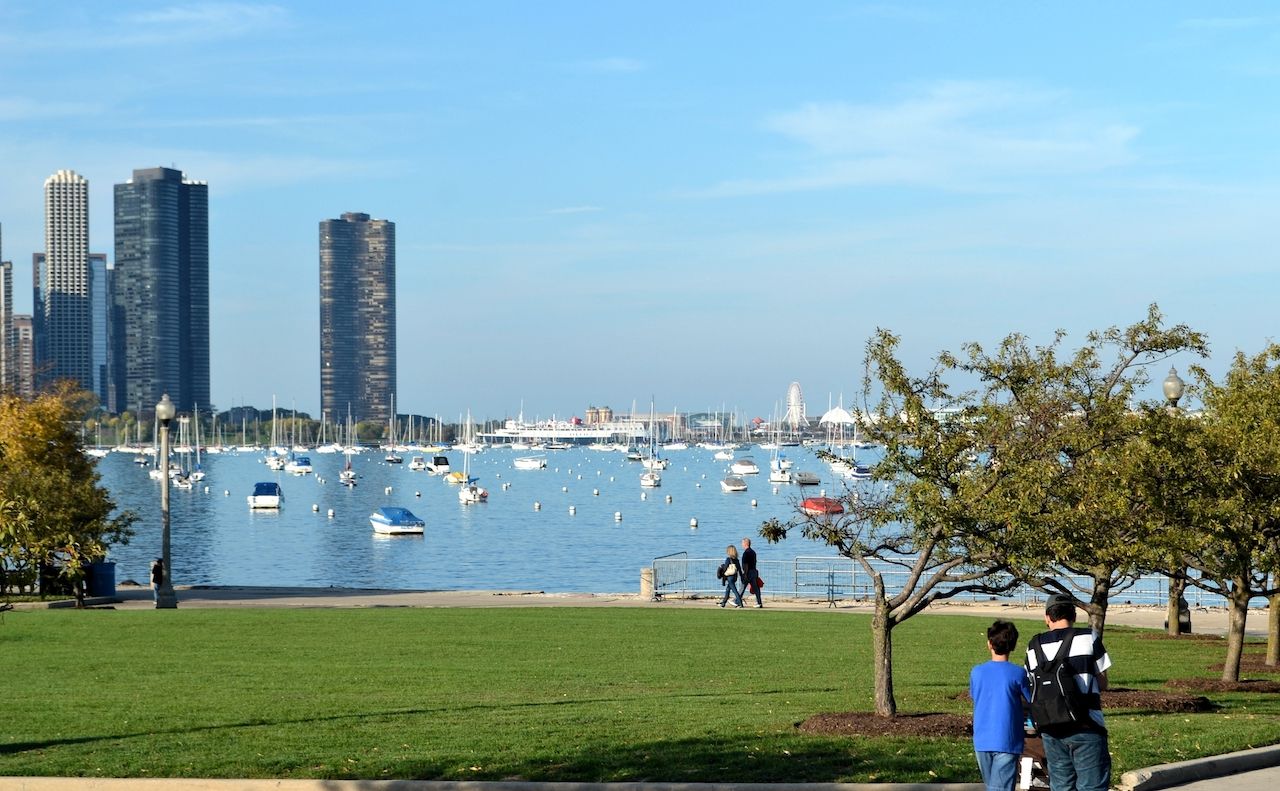 The Lakefront — What Chicagoans think of the lakefront is actually four separate parks: Lincoln Park, Grant Park, Burnham Park, and Jackson Park. Connecting all of them is the 18-mile Chicago Lakefront Trail, which is popular with bikers, joggers, and people just out for a walk. Chicago’s Lakefront includes beaches, sports fields, golf courses, nature reserves, fishing piers, lagoons, harbors, and the totally free Lincoln Park Zoo. During all four seasons, the Lakefront is the most beautiful outdoor setting in the city.

There are two extra special spots along the lake. The first is Montrose Beach, which has a harbor, a bait shop, a bar and grill with live music all summer, soccer fields, a beach, and a beautiful bird sanctuary of forest and native prairie plants. The second is the Museum Campus jutting out into the lake and providing a home to Soldier Field, the Field Museum, the Shedd Aquarium, and the Adler Planetarium. From out along the peninsula near the Planetarium, the view looking back across the lake is the city’s best skyline view. Just past the planetarium, Northerly Island has a small beach, another nature reserve, and more stunning views. 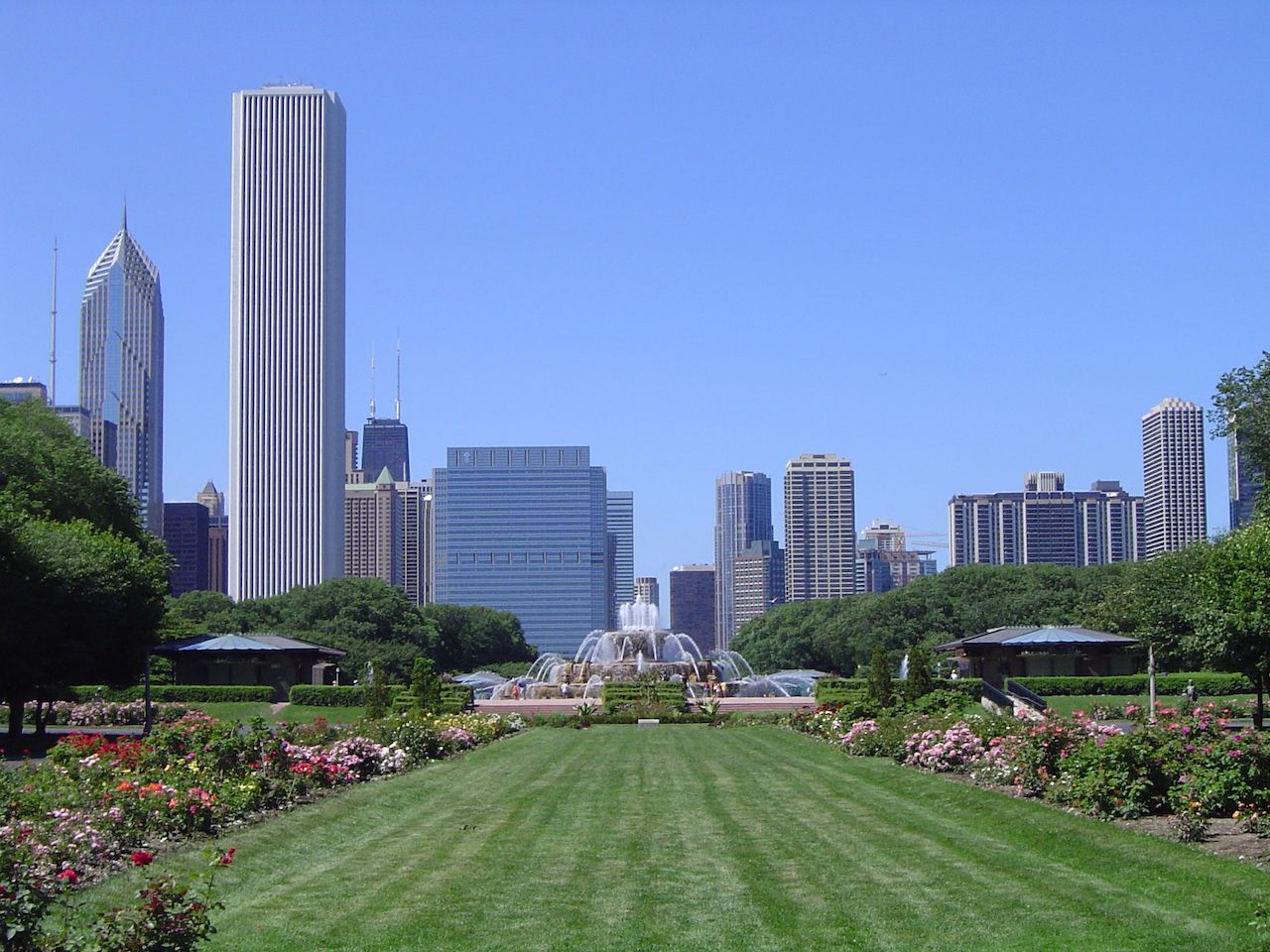 Grant Park — While Grant Park is technically part of the lakefront, most people don’t think about it like that. Instead, it’s the huge downtown park that sits between the lake and the buildings along Michigan Avenue. Grant Park has some great green space with incredible views of the skyline but is best known for hosting concerts, including the Lollapalooza music festival. The beautiful Buckingham Fountain in the middle of the park is one of the city’s most photogenic spots. 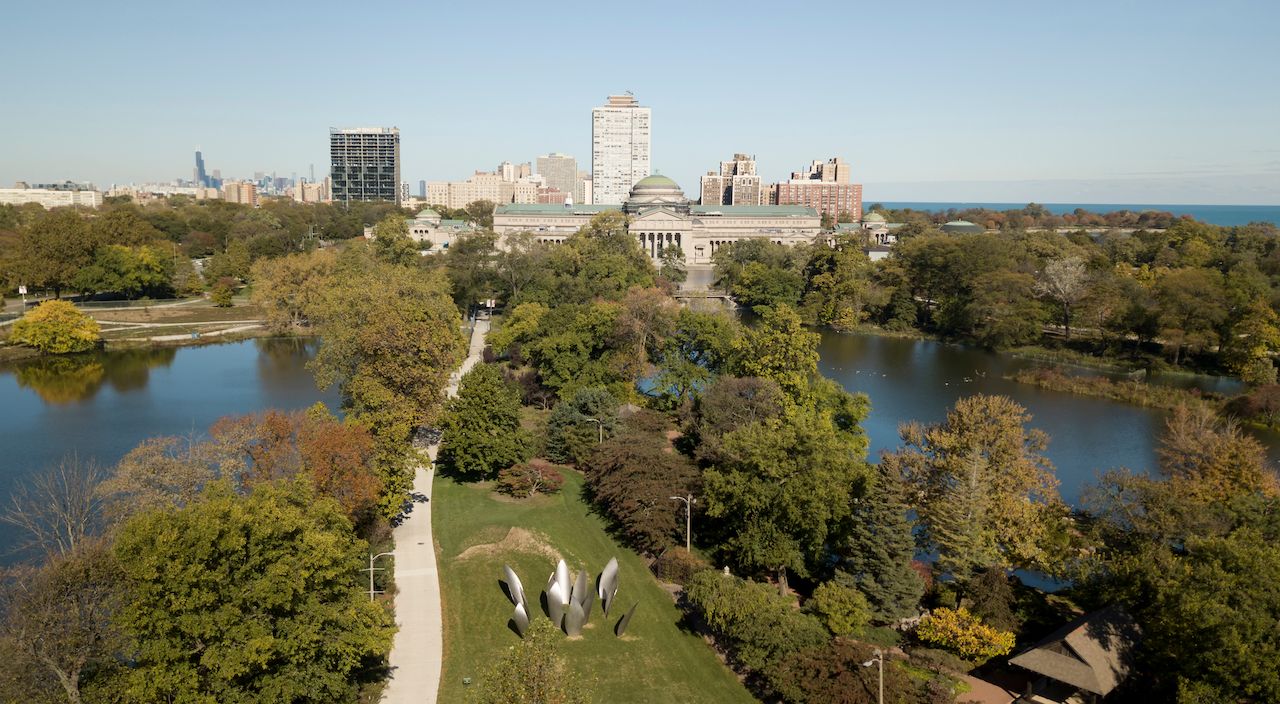 Jackson Park — Jackson Park was the setting of the 1893 Columbian Exposition, the world’s fair chronicled in the book Devil in the White City, which Leonardo DiCaprio and Martin Scorsese are now turning into a TV series. Today, it’s a stunning park on the city’s Southside and one totally worth visiting. The park borders the back of the Museum of Science and Industry, and it has a beach, a lagoon, a golf course, and sports fields. The highlight is the Garden of the Phoenix, a beautiful Japanese-style garden that was a leftover exhibition from the world’s fair. 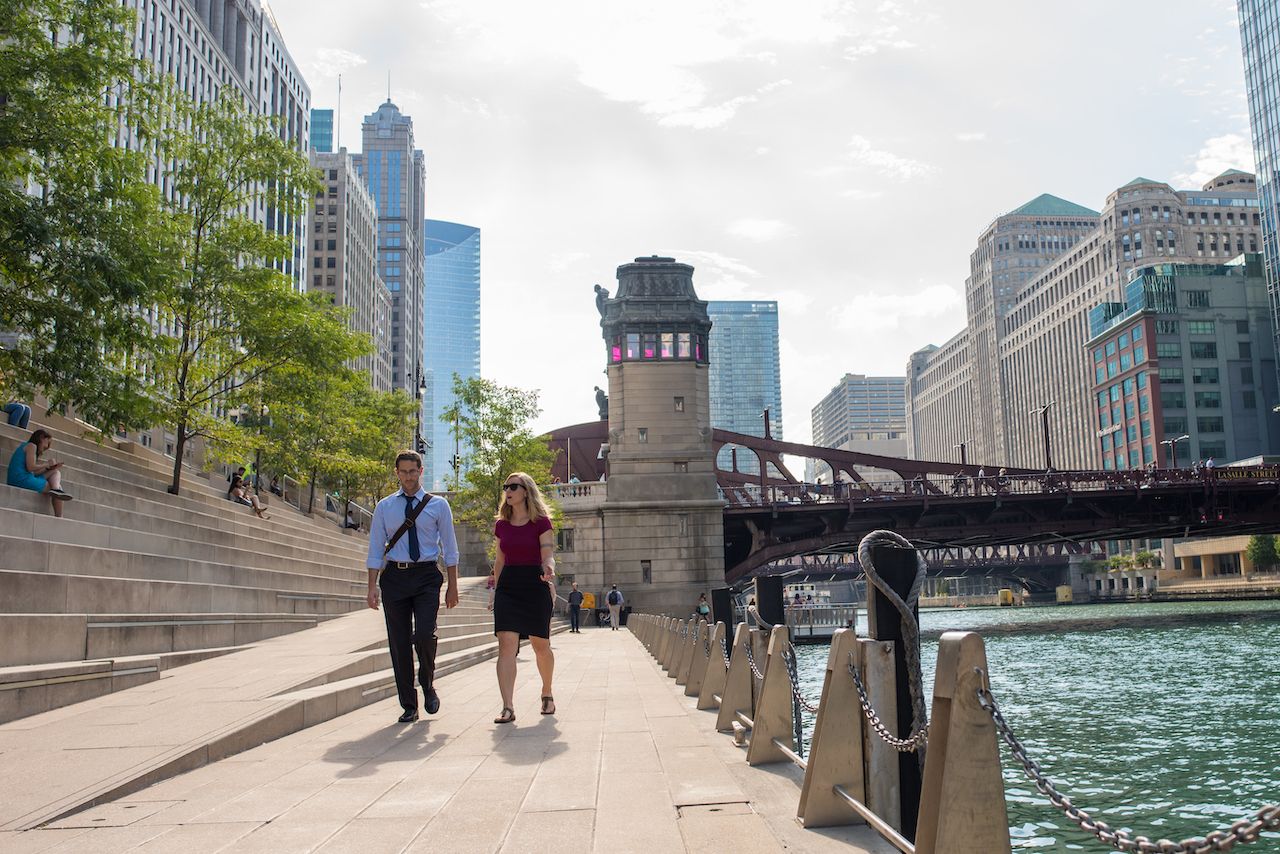 The Riverwalk — The Chicago Riverwalk is a small promenade along the south bank of the main branch of the Chicago River. It runs through downtown from the lake to Wolf Point, where the river splits into the North and South Branches. The Riverwalk only opened in 2018, and it’s already a huge hit with Chicagoans. It’s a perfect place for a stroll, a picnic lunch, a drink at one of the bars and restaurants along the path, or to just soak in the ambiance of the city with the skyscrapers towering overhead and the blue-green of the river setting a perfect contrast. 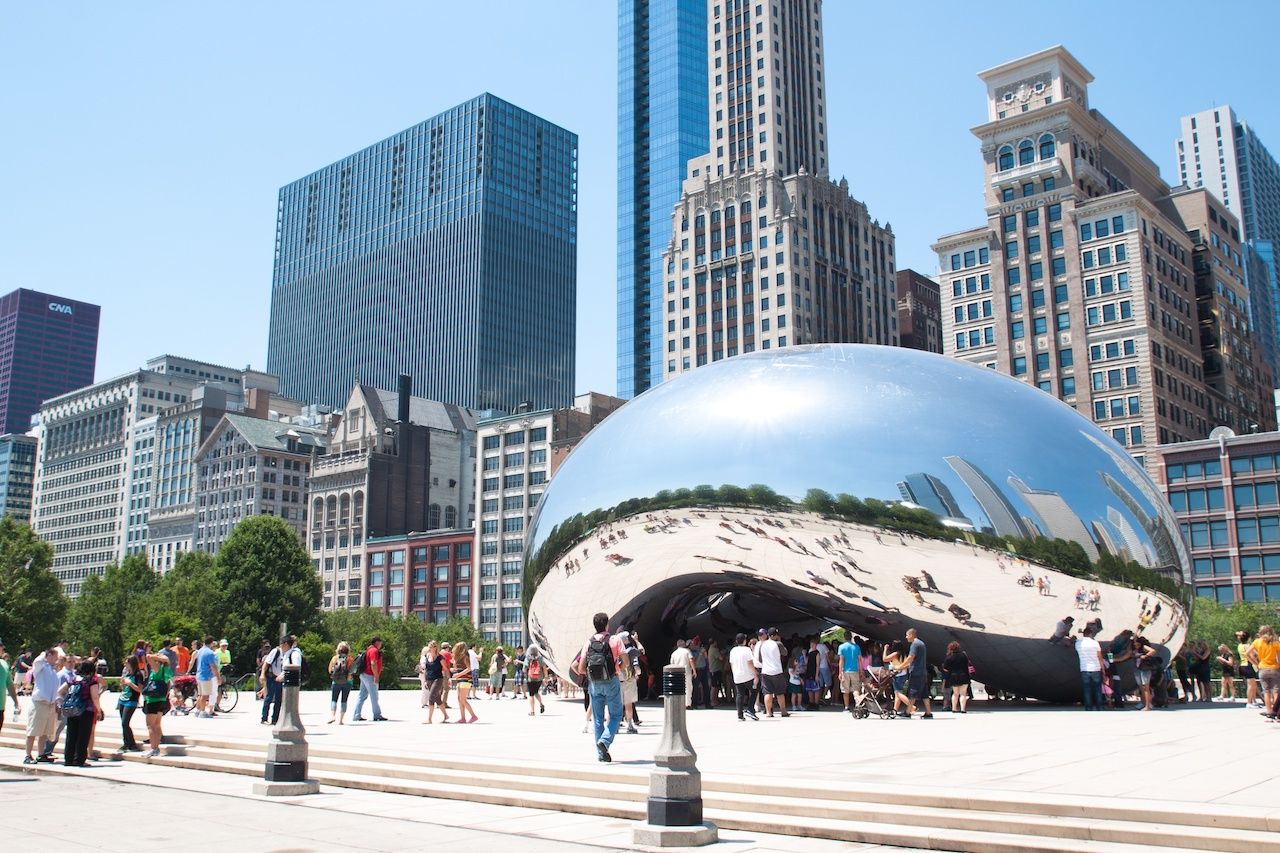 Millennium Park — Millennium Park is most famous for “The Bean,” the reflective sculpture that’s actually called Cloud Gate. While that is a great place to take a photo and an iconic Chicago location, the park has so much more to offer. Throughout the summer, free concerts and movies can be seen at the Jay Pritzker Pavillion, a bandshell designed by Frank Gehry. There’s a prairie garden, a fountain where kids can play, ice skating in the winter, and a cafe. 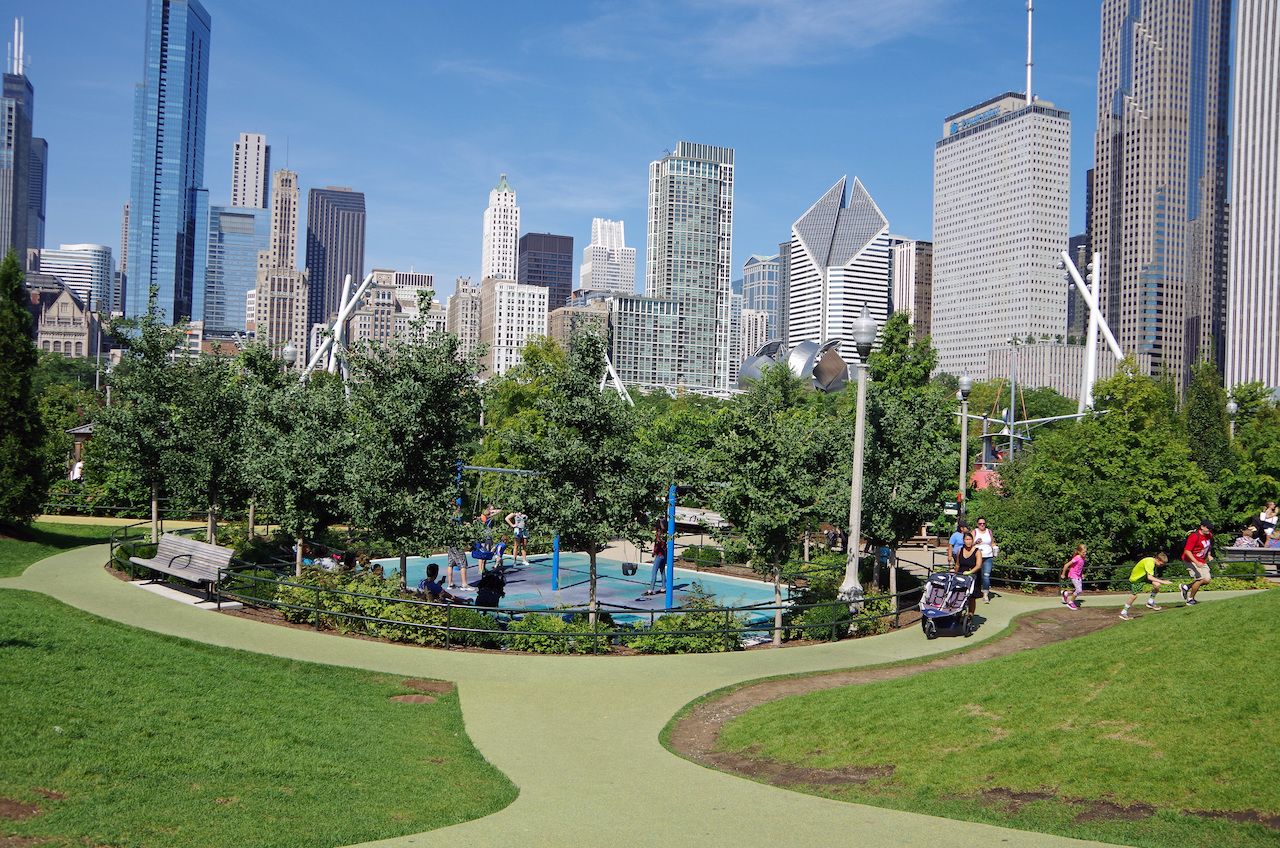 Maggie Daley Park — A bridge from Millenium Park connects you to the 20-acre Maggie Daley Park, where there is also a rock-climbing wall, mini-golf, and more ice skating. Both parks are very much worth visiting and have some of the best skyline views you’ll find anywhere in the city. The kids’ play area is incredible, with swings, slides, and bridges the youngest Chicago visitor will not soon forget. 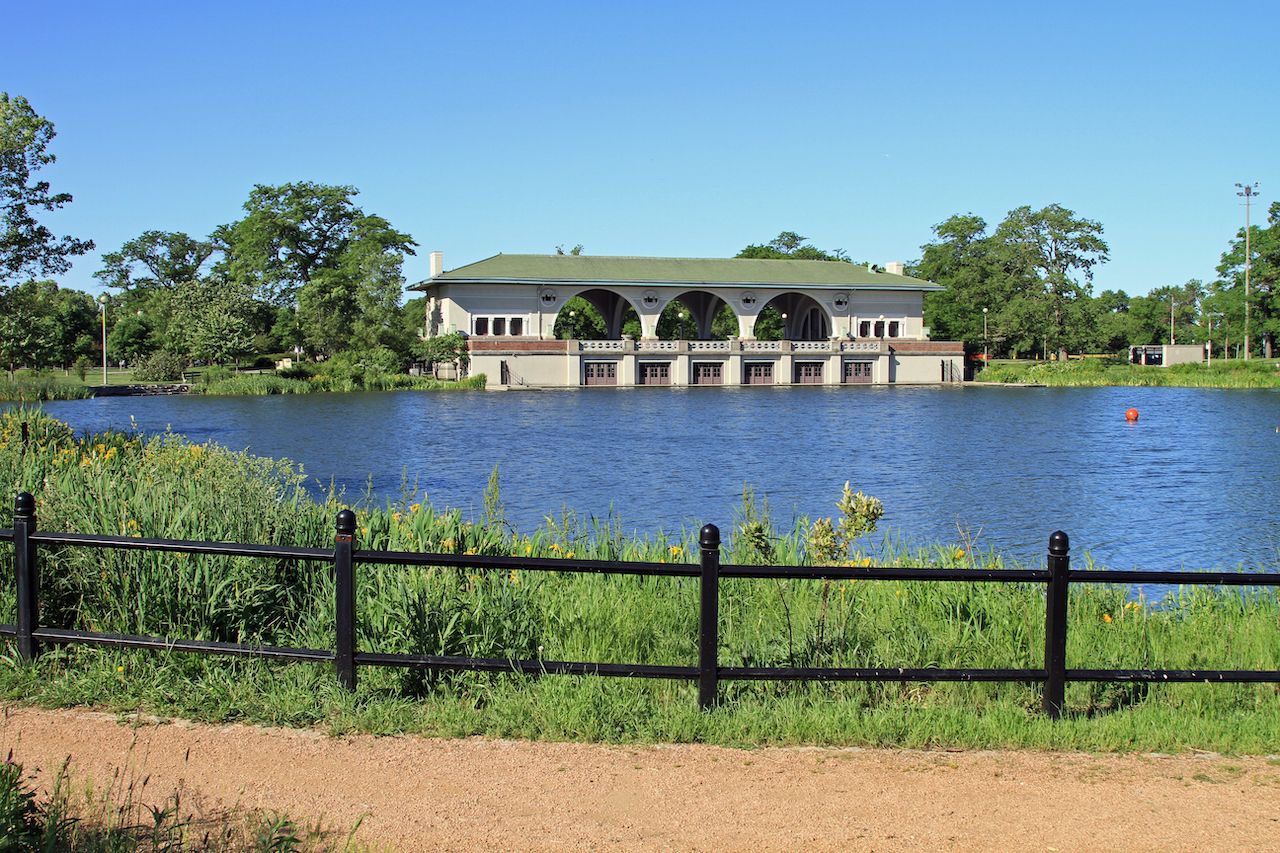 Humboldt Park — At the heart of a vibrant neighborhood of the same name, Humboldt Park is one of the best neighborhood parks in the city. The area is changing and struggling with gentrification, but the neighborhood and park still have a distinctly Puerto Rican vibe, especially in the food trucks and the many baseball diamonds, where you can see some excellent games. There’s also a really nice lagoon where you can rent boats. The park is at its best on weekends in the summer when entire families go all out on picnics that often turn into salsa dance parties.