Chicago’s status as a world-class city is backed up by more than just museums and architecture. The city’s event and festival schedule is packed with opportunities to experience world-renowned art and musical talent, as well as celebrations of Chicago’s cultural and culinary heritage. While there’s pretty much always something happening in the city, the biggest events are definitely clustered around the warmer months of the year. Aside from the big music festivals listed here, all of these events are either free or have a suggested donation of just $5 to $10 to benefit the neighborhood association. 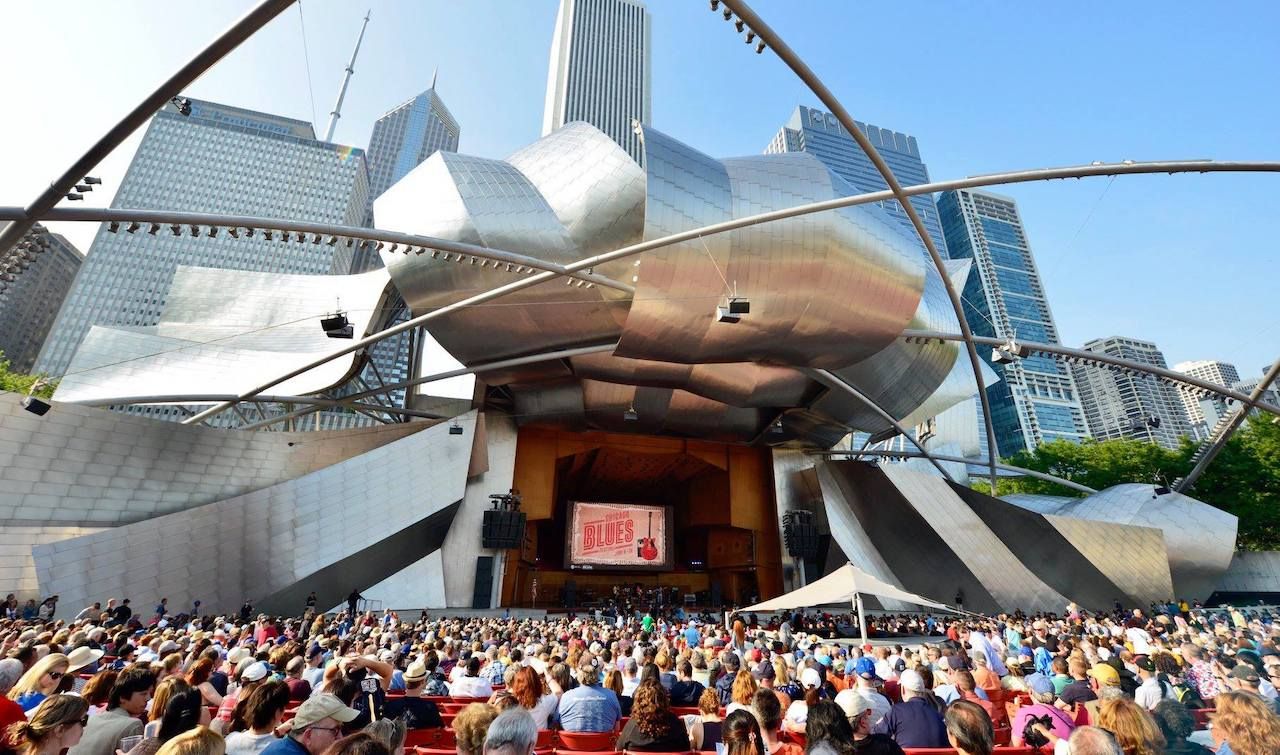 Chicago Blues Festival — Running since 1984, Blues Fest is the OG Chicago music festival and the largest free outdoor music festival in the world. The lineup leans heavily toward local acts and on Chicago-style blues, but plenty of other blues acts play as well. Blues Fest used to take place in Grant Park but it has moved across the street to Millennium Park which still gives you all the great views of the skyline in a beautiful outdoor setting. The festival is seriously good fun whether you’re a blues aficionado or a total newbie. 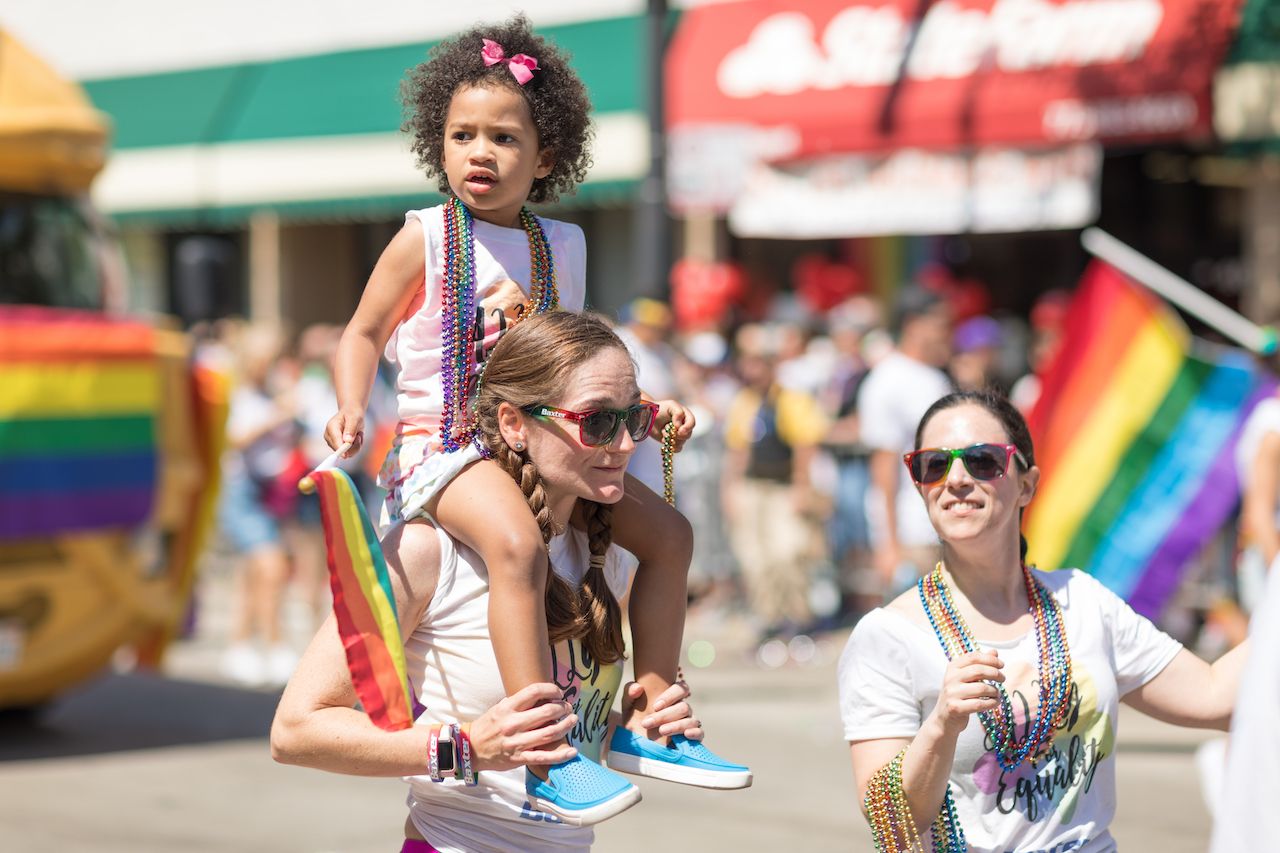 Chicago Pride — The entire month of June is a celebration of LGBTQ Pride, and in Chicago, it culminates in one of the world’s biggest and most fabulous Pride parades. There’s plenty happening all month, and the weekend before the parade has Pride Fest — a fun neighborhood festival in Boystown that you shouldn’t miss if you’re in town. The parade itself happens on the last Sunday of the month and draws hundreds of thousands of people. 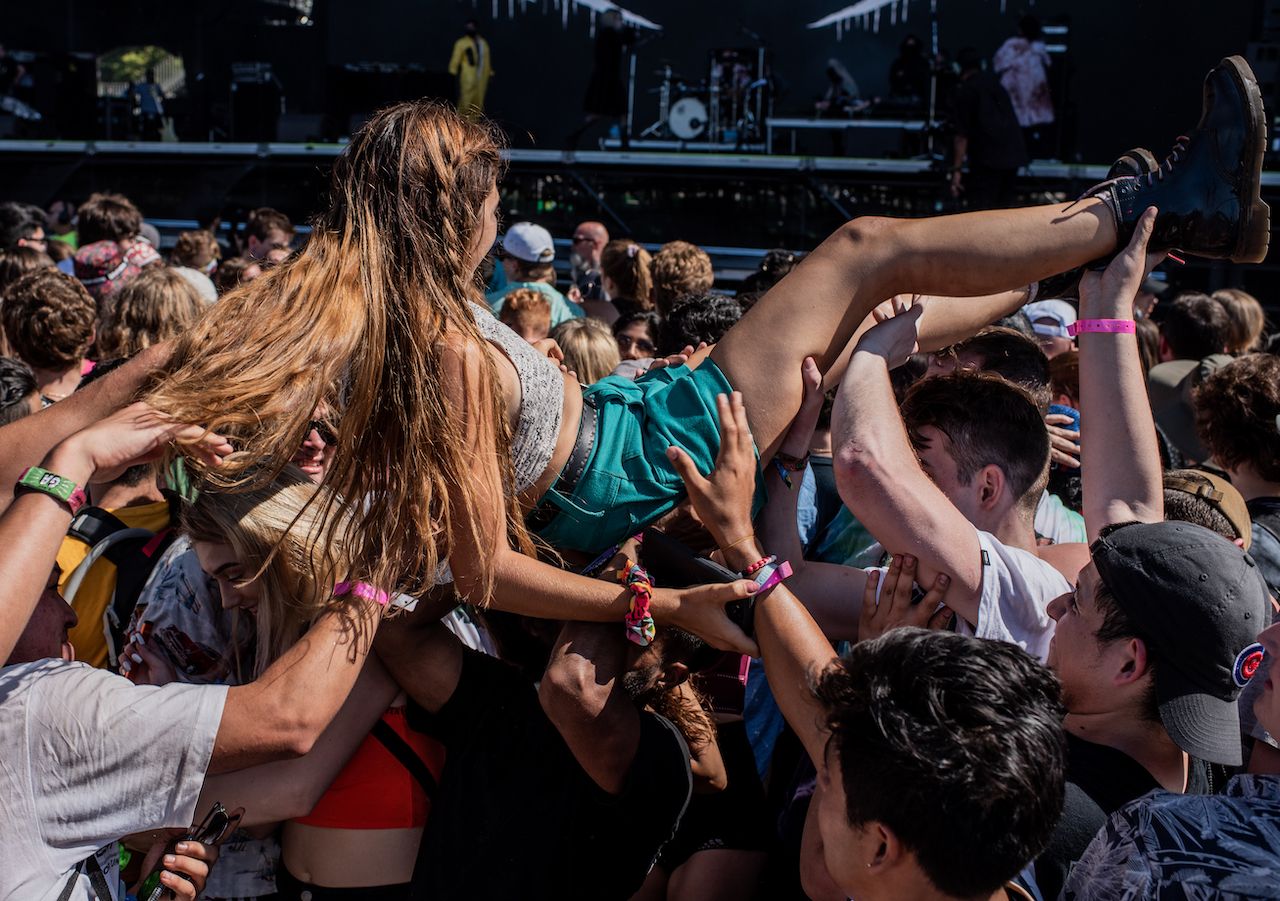 Lollapalooza — Lollapalooza is one of the world’s biggest music festivals and it goes down every year in early August. Lolla draws some of the biggest acts in the world to Grant Park, where audiences are treated to amazing outdoor concert venue views. The festival grounds are huge with multiple stages, activations, and workshops, and there’s still plenty of grassy areas and trees for shade from the hot August sun. The best part of it all is the city’s skyline rising up around the edges of the park. 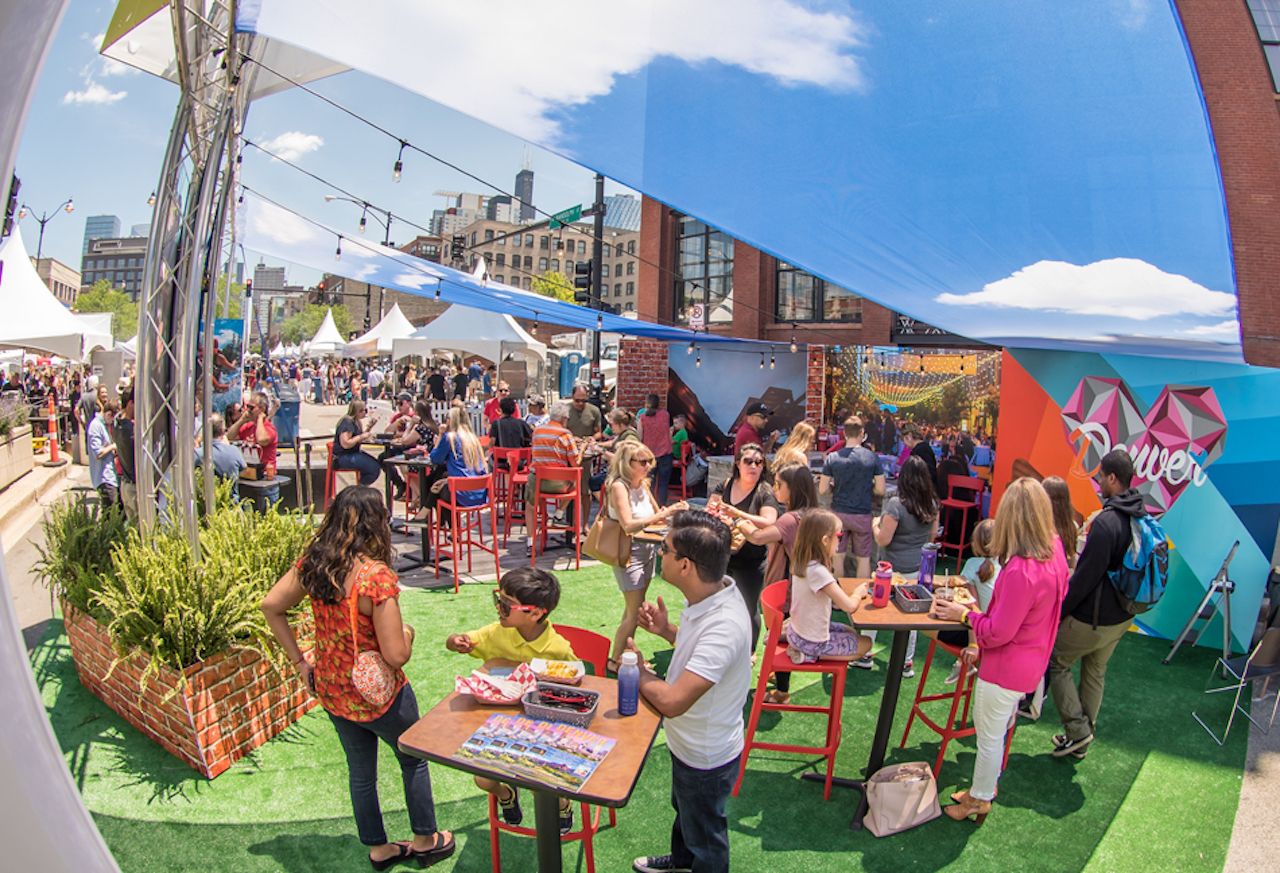 Taste of Randolph — Randolph Street in the West Loop is the heart of the city’s dining scene, so it’s no surprise that the yearly street festival in the neighborhood is the city’s best celebration of all things food. While some neighborhood fests lean more toward corn dogs and carnival foods, Taste of Randolph has some incredible dishes from world-class restaurants. The festival also hosts some great music acts on two separate stages. 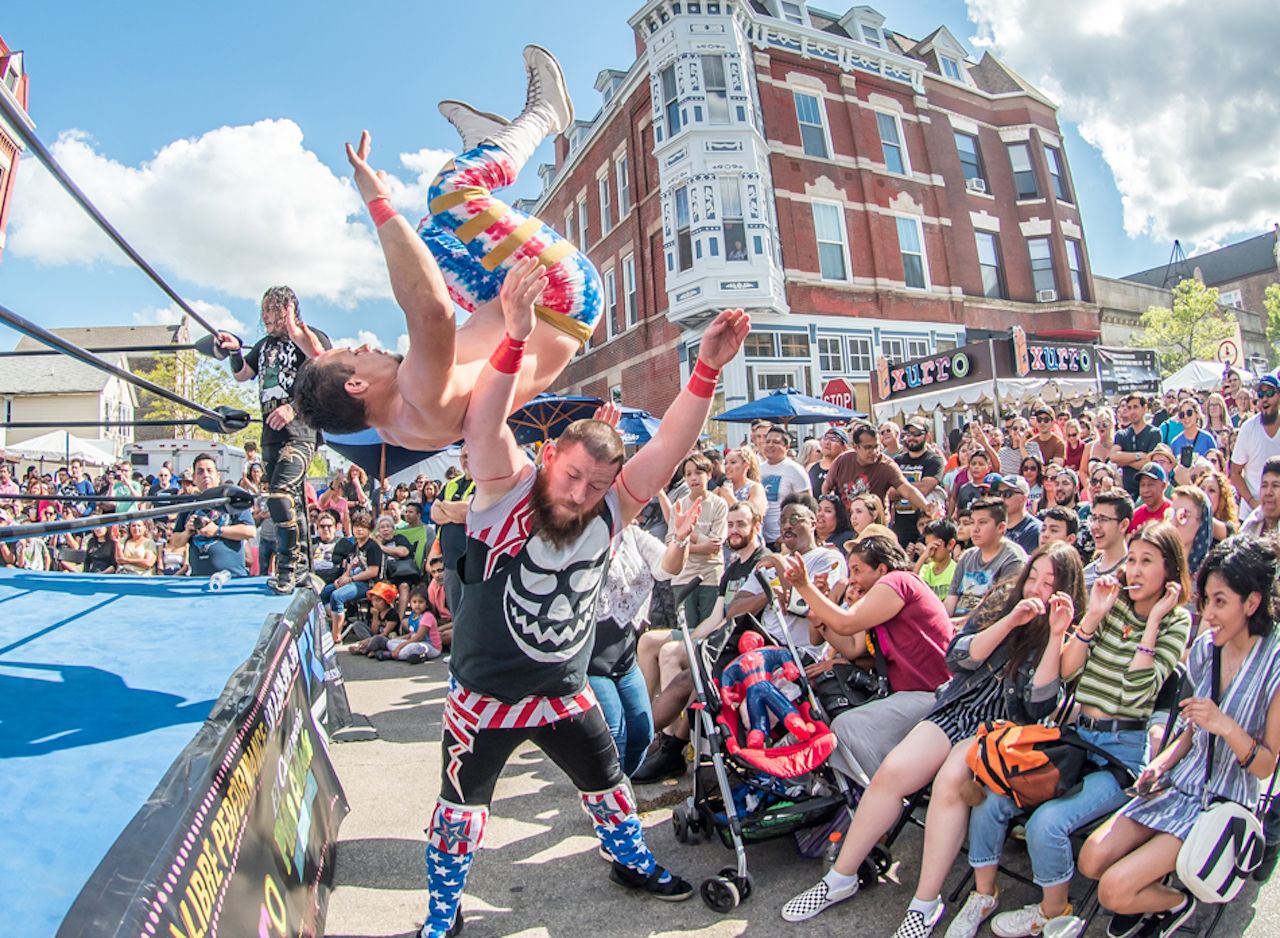 Mole de Mayo — Pilsen has plenty of cultural festivals throughout the year mostly celebrating different aspects of Mexican-American culture, but Mole de Mayo is the crown jewel. All of the food is excellent, especially the different moles from various restaurants. These incredible sauces are so rich and flavorful that they make everything they pair with more delicious. The most fun part of Mole de Mayo is the Lucha Libre — Mexican-style professional wrestling that is very entertaining to watch live. 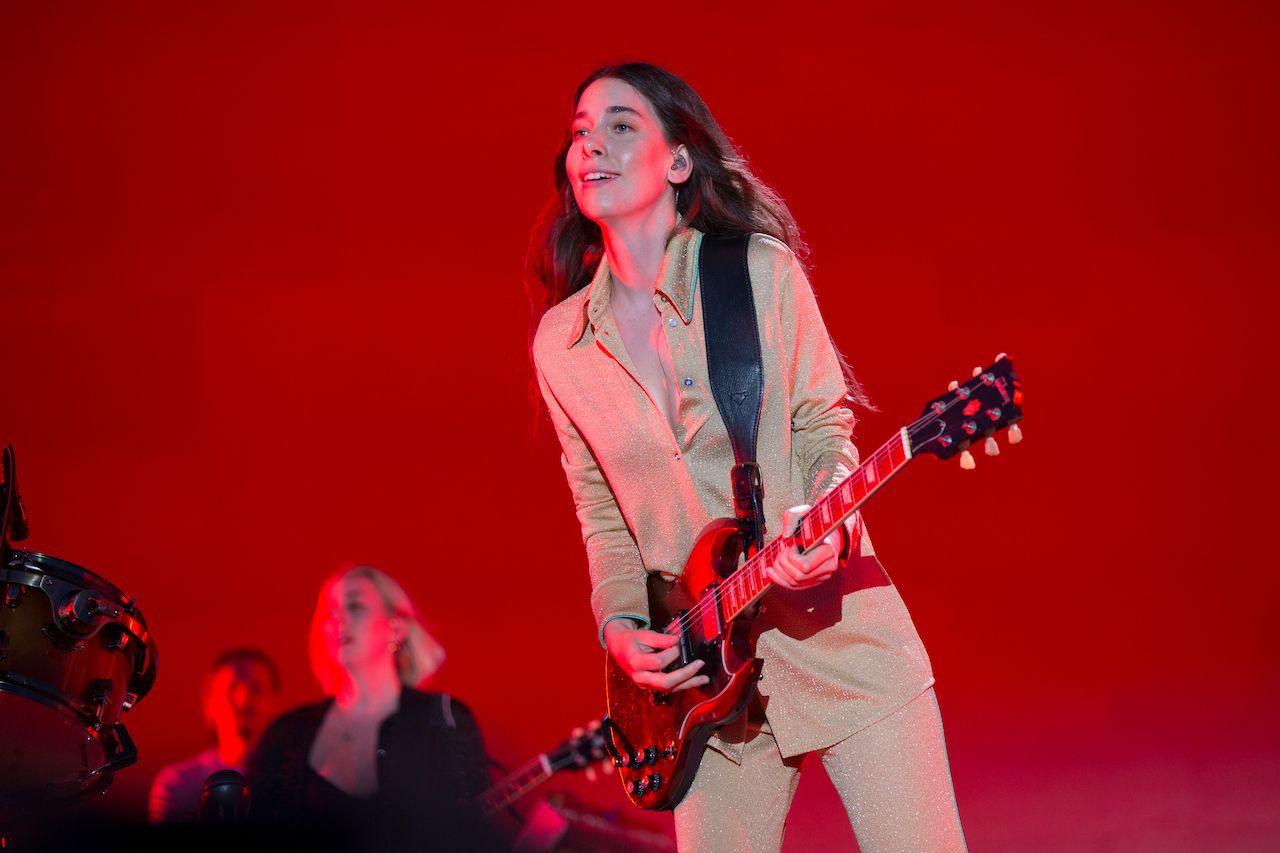 Pitchfork — Music lovers who find Lollapalooza too corporate have a festival of their own in Pitchfork. Union Park on the near-West Side becomes a three-stage venue every year in July for three days of outdoor music and art. Pitchfork draws great acts from established and emerging artists and always leans heavily on acts with Chicago connections. Pitchfork attracts less theatrical outfits and partiers than Lolla, arguably because it’s more about the music. For plenty of fans, that makes it a much better experience. 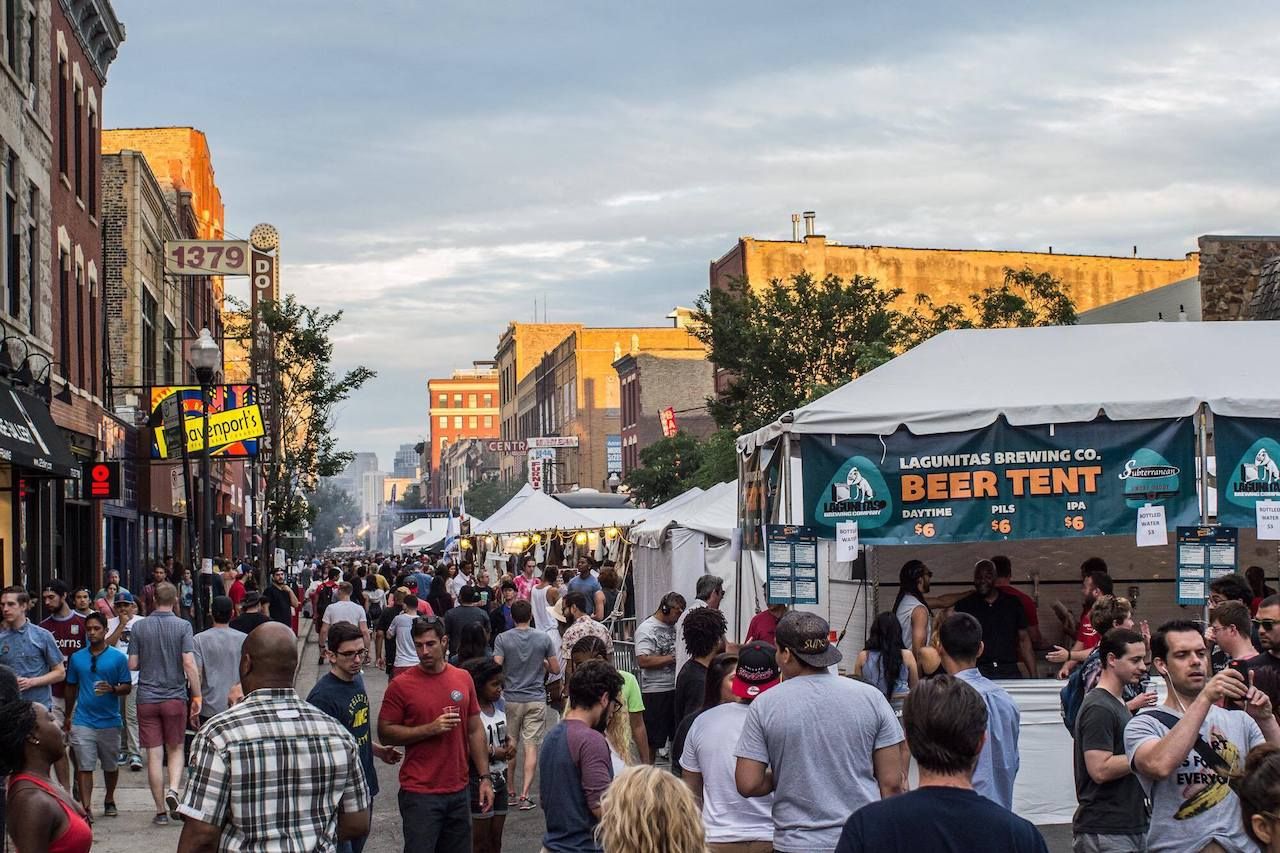 Wicker Park Fest — Wicker Park isn’t the edgy neighborhood it once was, but it’s still a center of music and culture in the city. The annual festival is probably the best neighborhood street festival of the year for live music, drawing relatively big names. Wicker Park Fest is a great place to see and be seen and is a people-watching paradise. 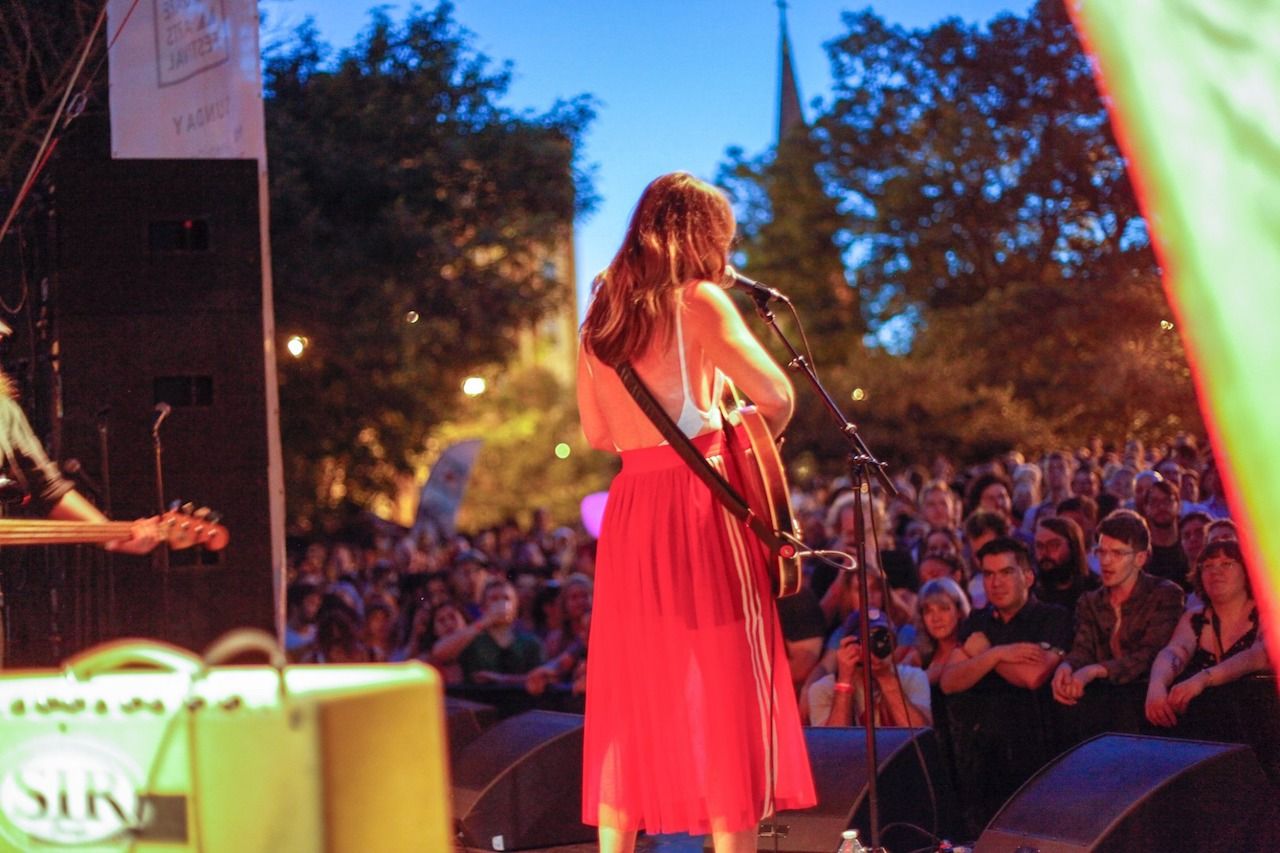 Logan Square Arts Festival — Every year in late June, the city’s best arts and culture festival happens in Logan Square. The festival books some great indie acts, as well as some pretty interesting world music groups to play two stages at either end of the Logan Square monument park. It also has workshops, art exhibits, dance performances, stand-up comedy, and a lot more. This is a really fun festival, and its location on mainly grass and not asphalt definitely makes for a very chill neighborhood event. 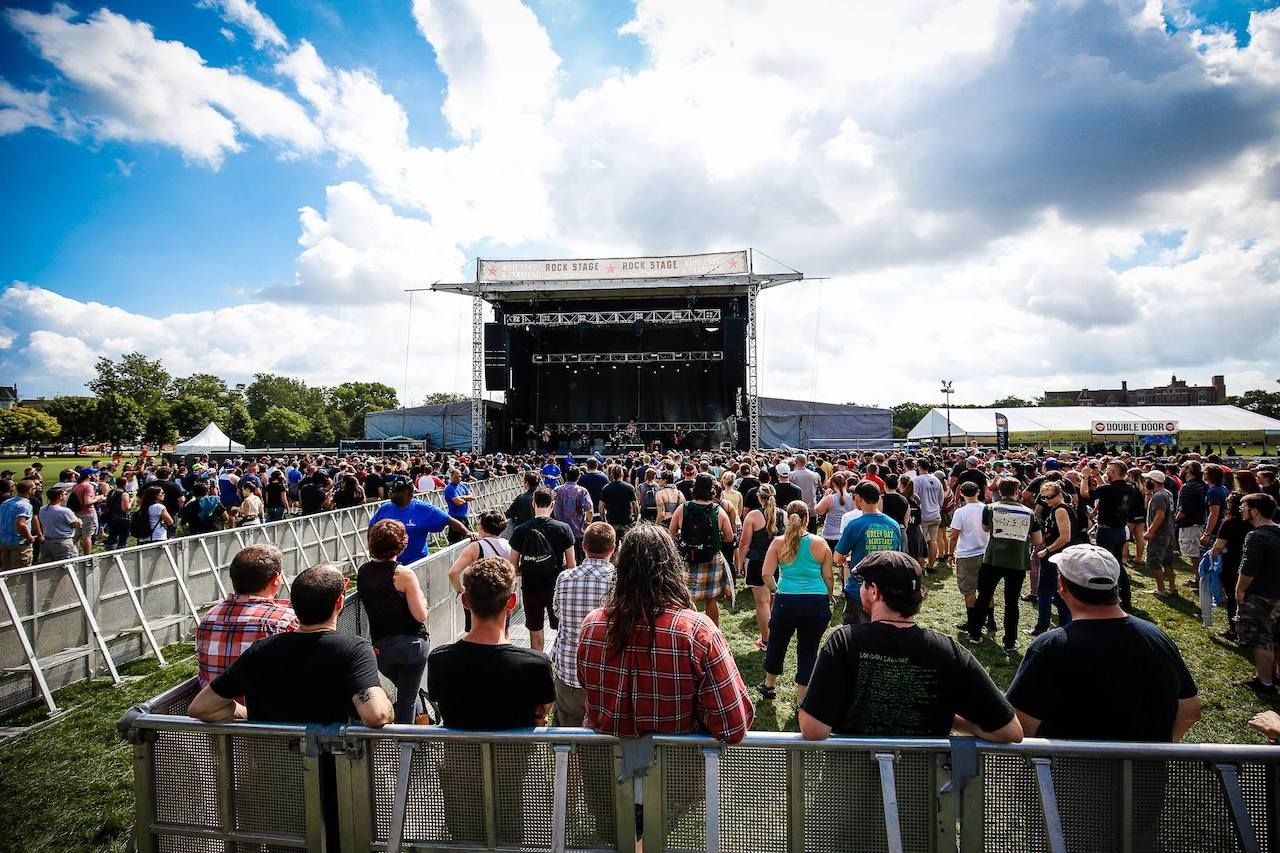 Riot Fest — Lollapalooza and Pitchfork are the two big summer music festivals, but for a lot of people, the slightly smaller Riot Fest is the best of them all. The music leans toward punk and metal, but it books hip-hop, alternative, and plenty of artists in other genres as well. There’s usually at least a few reunion tours and nostalgic performances of full albums by classic bands. The festival was moved away from Humboldt Park due to some conflicts with the park and neighborhood and now takes place in Douglas Park on the South Side every September. 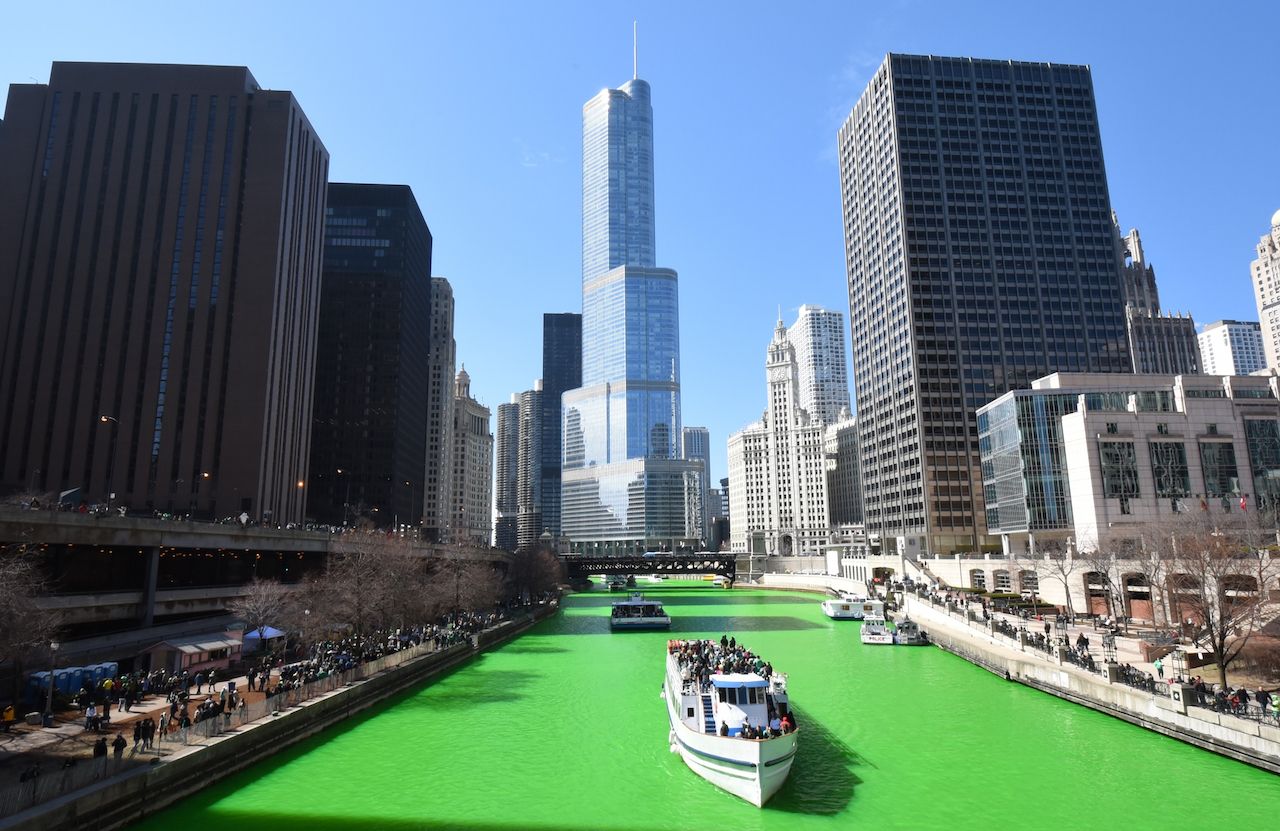 St. Patrick’s Day — St. Patrick’s Day in Chicago looks a little different than in other cities, mainly because the river flowing through the city glows a shamrock green. No, it’s not radioactive waste. The tradition of dyeing the Chicago River green began in 1962, when Chicago plumbers poured over 100 pounds of fluorescein into the river to track the illegal dumping of waste in the waterway. The dyeing is still sponsored by the local plumbers’ union, now using an eco-friendly vegetable-based dye, with thousands gathering on the city’s bridges to witness the river turn green. The event takes place each year on the Saturday before St. Patrick’s Day, and the green tint can last for a few days.