For a long time, the only semblance of culture we had in Miami featured heavily-tattooed DJs and sticky VIP rooms. But over the past couple of decades, the city has made huge leaps forward, and where once we were a swampy cultural wasteland, now we’re the cultural capital of Florida — which admittedly is a little like being the coolest guy at band camp. From a thriving arts district and a performing arts center that houses one of the best ballets in America to a slice of Havana in the US and funky lifeguard stands, here are the best arts and cultural institutions you’ll find in Miami. 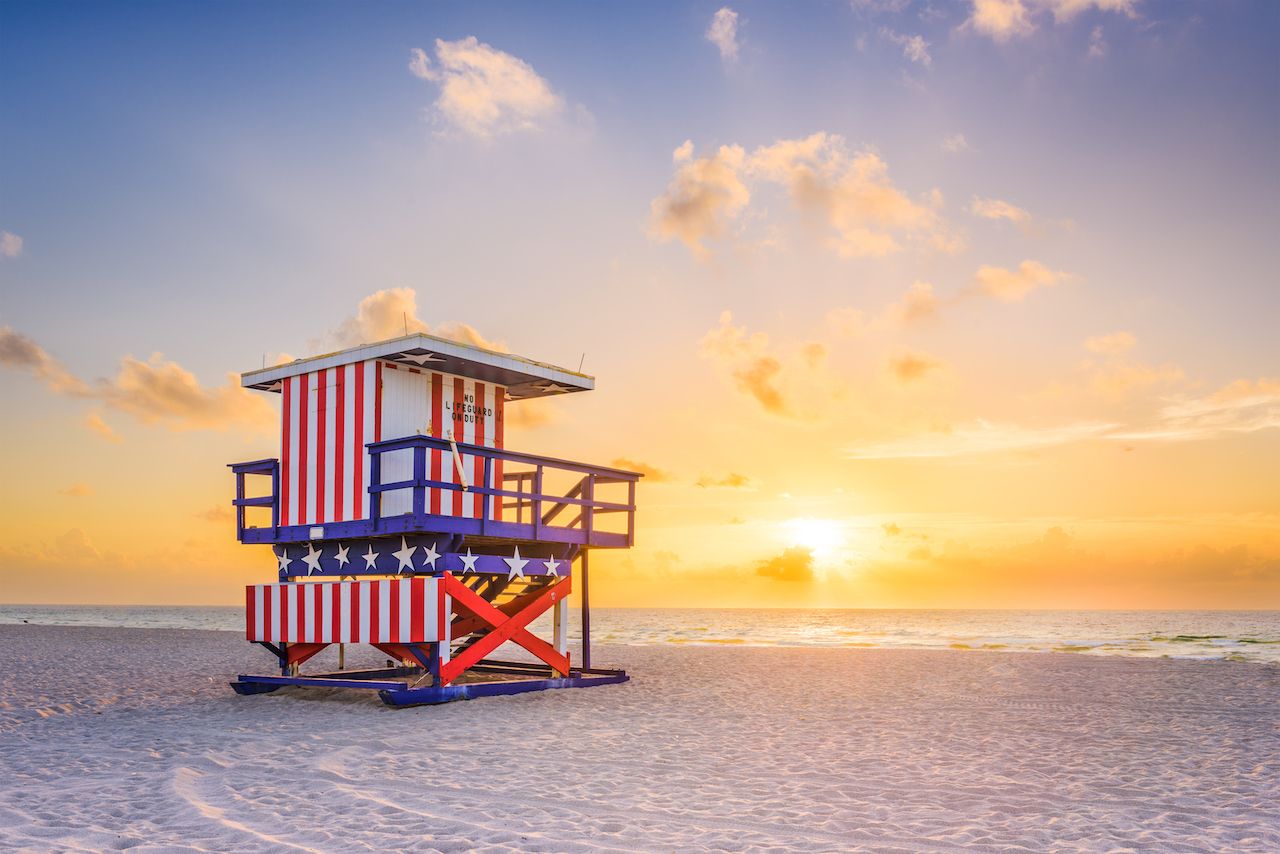 Miami Beach lifeguard stands — Back in 1992, when Hurricane Andrew destroyed a number of Miami Beach’s lifeguard stands, the city commissioned architects to design colorful new ones. Since then they’ve become some of the most photographed features of Miami Beach. Strolling the sand from South Pointe Park up past 86th Street, you’ll have plenty of photo ops with stands every few blocks. 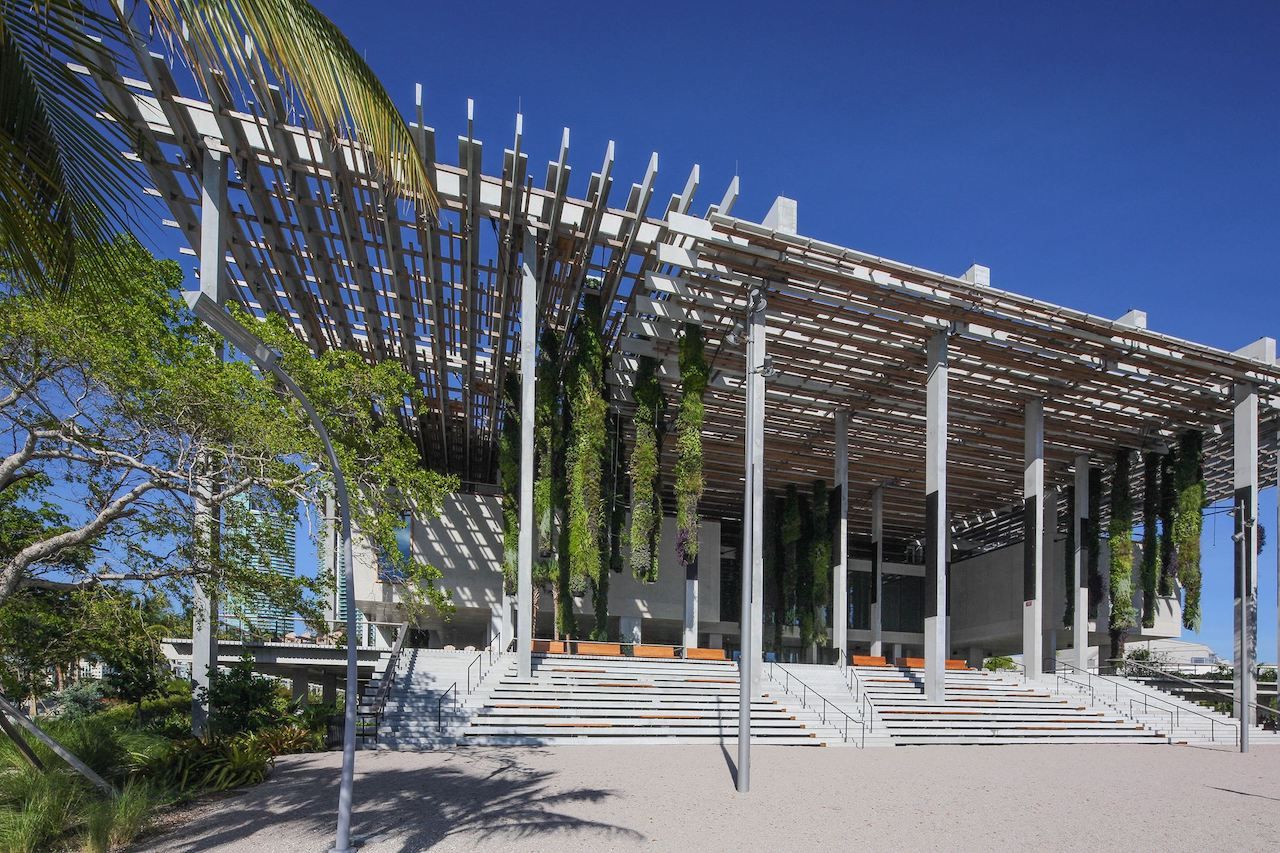 Pérez Art Museum Miami — Perhaps the most aesthetically stunning art museum in America, this glass-walled structure sits right on Biscayne Bay, with a sprawling patio full of plants that hang from ceiling to floor. The art inside is reflective of the region, i.e. heavy on Afro-Cuban, Caribbean, and Latin American stuff, with a few modern sculptures thrown in. It’s also home to Stephen Starr’s Verde, one of the best museum restaurants in the country, where you can enjoy your lunch with a view out over the water. 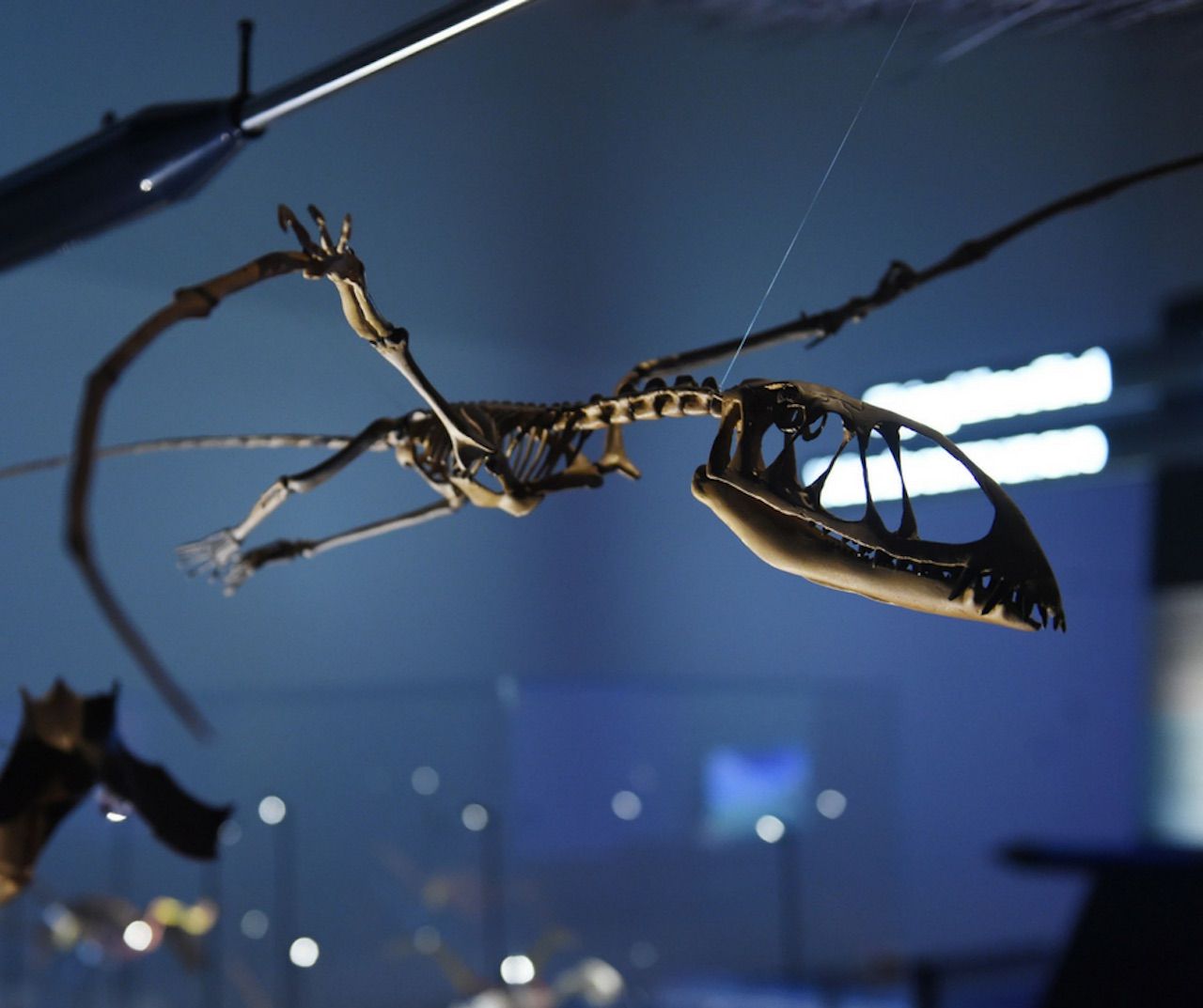 Frost Museum of Science — The gleaming new Philip and Patricia Frost Museum of Science is across a courtyard from PAMM in downtown Miami’s Museum Park. This six-story masterpiece has an enclosed Everglades rendering on the roof, where you can learn about the ecosystem in Florida’s river of grass. It’s also got a 500,000-gallon aquarium that spans three stories, full of sharks, rays, tropical fish, and other marine wildlife typical of South Florida. Because it’s Miami, that aquarium has one of the most Instagrammable features of any museum in the world — an oval at the aquarium’s bottom where you can photograph your silhouette against a backdrop of tropical waters. 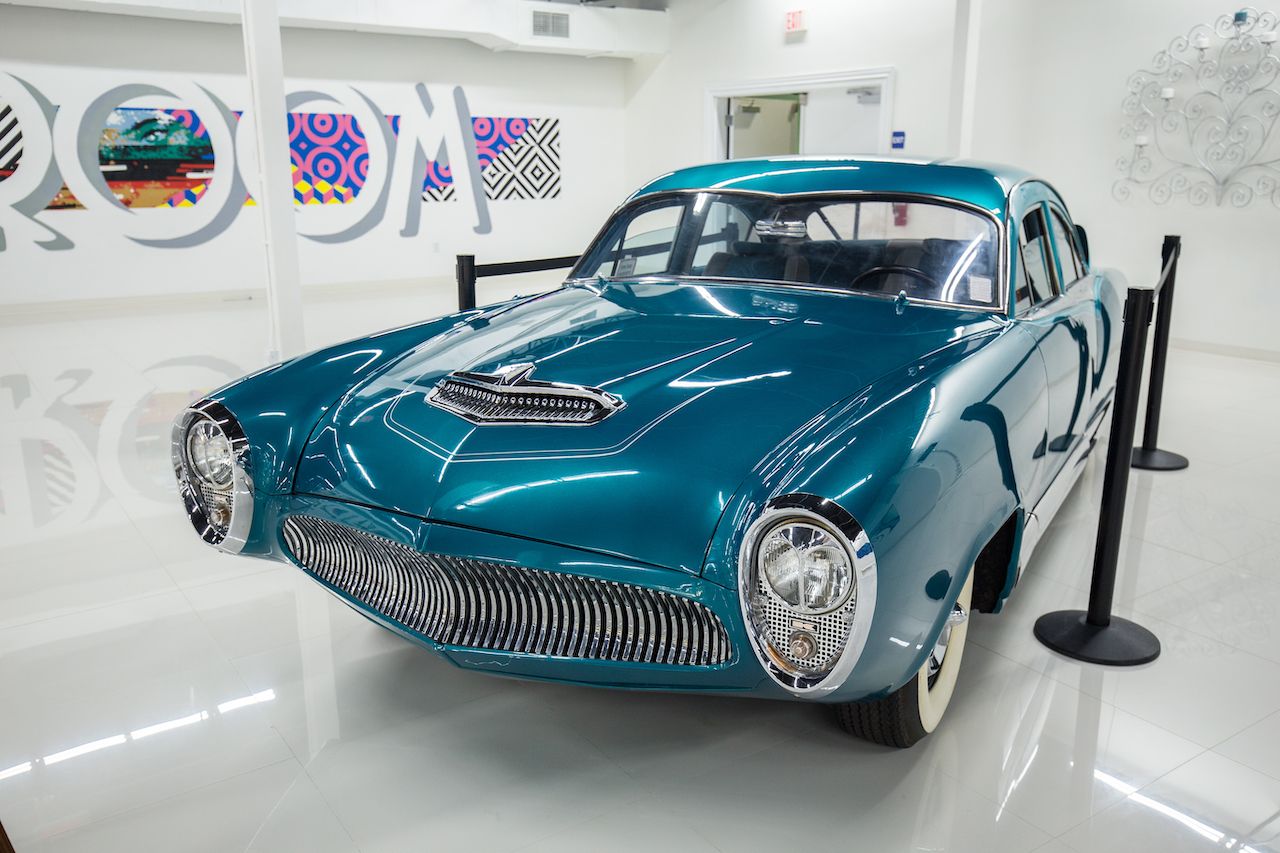 Dezer Collection — Any conversation of culture in Miami has to include car culture, and nowhere in the city will you find more impressive autos than at this museum in North Miami. The Dezer Collection is a private collection of classic and movie cars, where you’ll stroll past the General Lee, the Batmobile, and Chitty Chitty Bang Bang, before even getting to the impressive collection of James Bond cars. The other half of the museum is devoted to classics where everything from rare Ferraris to vintage Model Ts are on display. 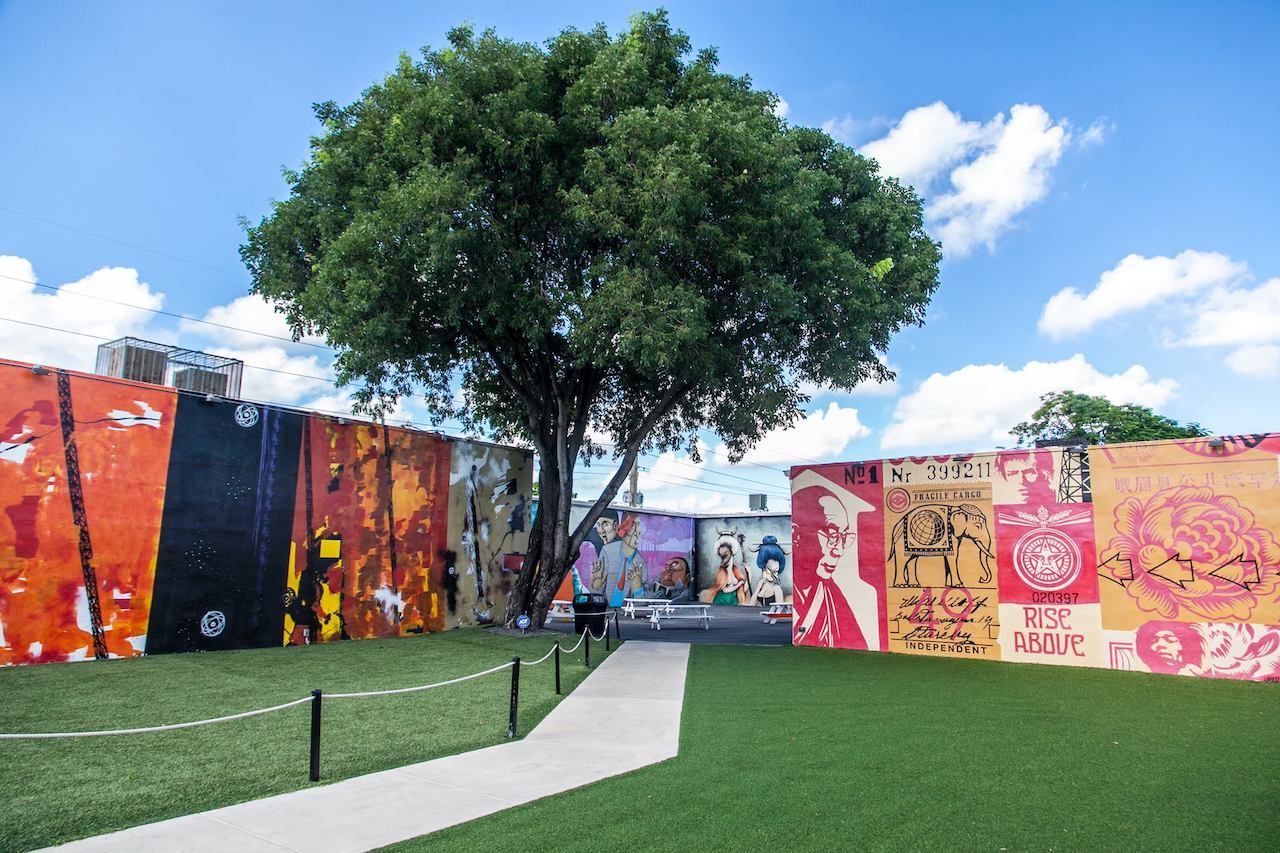 Wynwood Walls — The entire Wynwood arts district is like a giant outdoor museum, where some of the world’s most famous street artists take turns covering the warehouse exteriors of this once-dilapidated industrial neighborhood that’s now Miami’s hottest tourist attraction full of restaurants, breweries, coffee shops, and galleries. The easiest place to photograph murals or get a new Tinder profile photo is at the Wynwood Walls, a park in the heart of the neighborhood where the murals change less frequently, and you won’t have to stand in the middle of a busy street to get a shot.

Adrienne Arsht Center for the Performing Arts — Miami’s giant downtown performing arts center houses one of the most renowned ballet companies in the country, the Miami City Ballet, as well as the Florida Grand Opera. Even when the ballet and opera aren’t in session, the Arsht Center hosts touring Broadway shows, dance troupes, and a weekly farmers market. 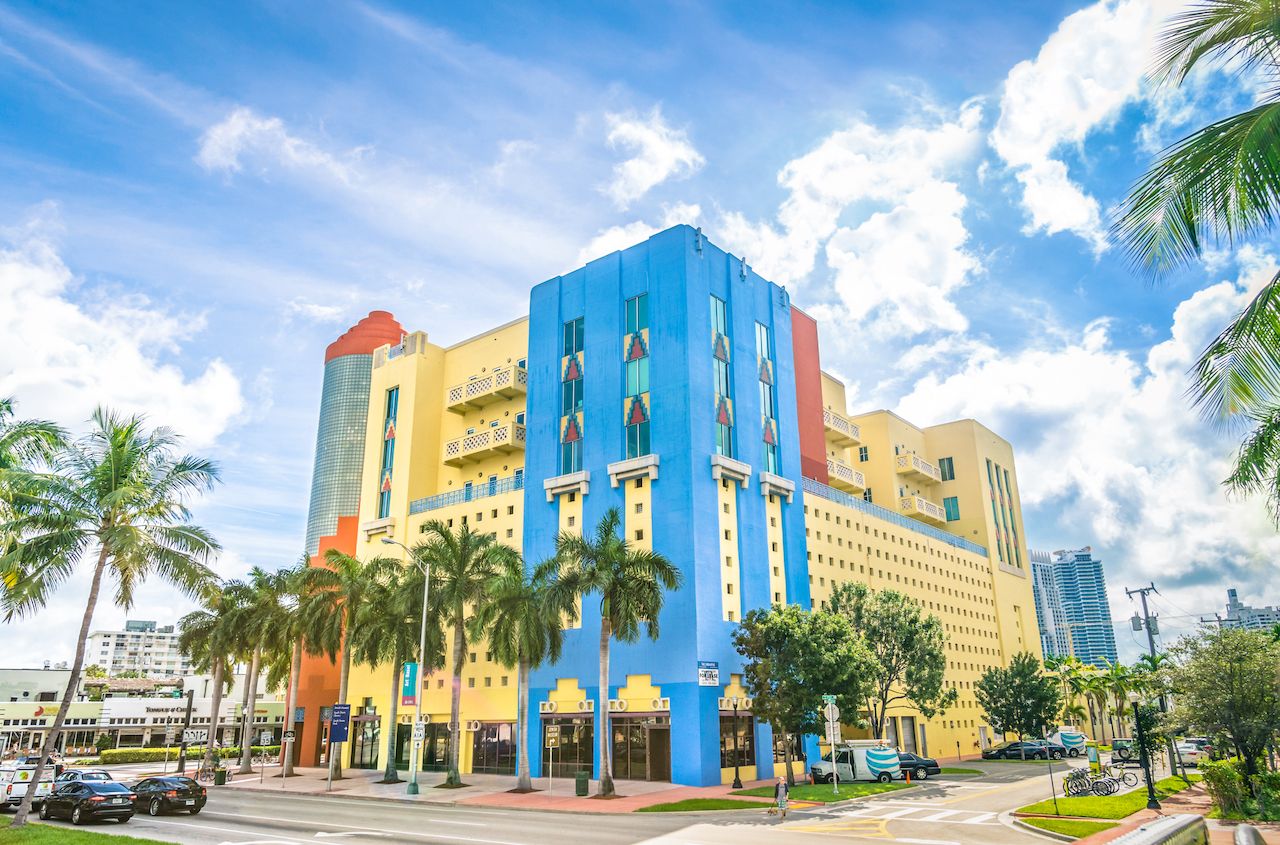 Art Deco District — Miami Beach is home to the largest concentration of Art Deco buildings in the world, and for fans of this early-20th century style, nowhere compares to South Beach. The old hotels along Ocean Drive are the obvious spots to visit, but be sure to also check out the Miami Beach Police Station, the Wolfsonian Museum, and all of the Morris Lapidus-designed Lincoln Road pedestrian mall. There’s an Art Deco Welcome Center on 10th Street and Ocean Drive that can help guide you around. 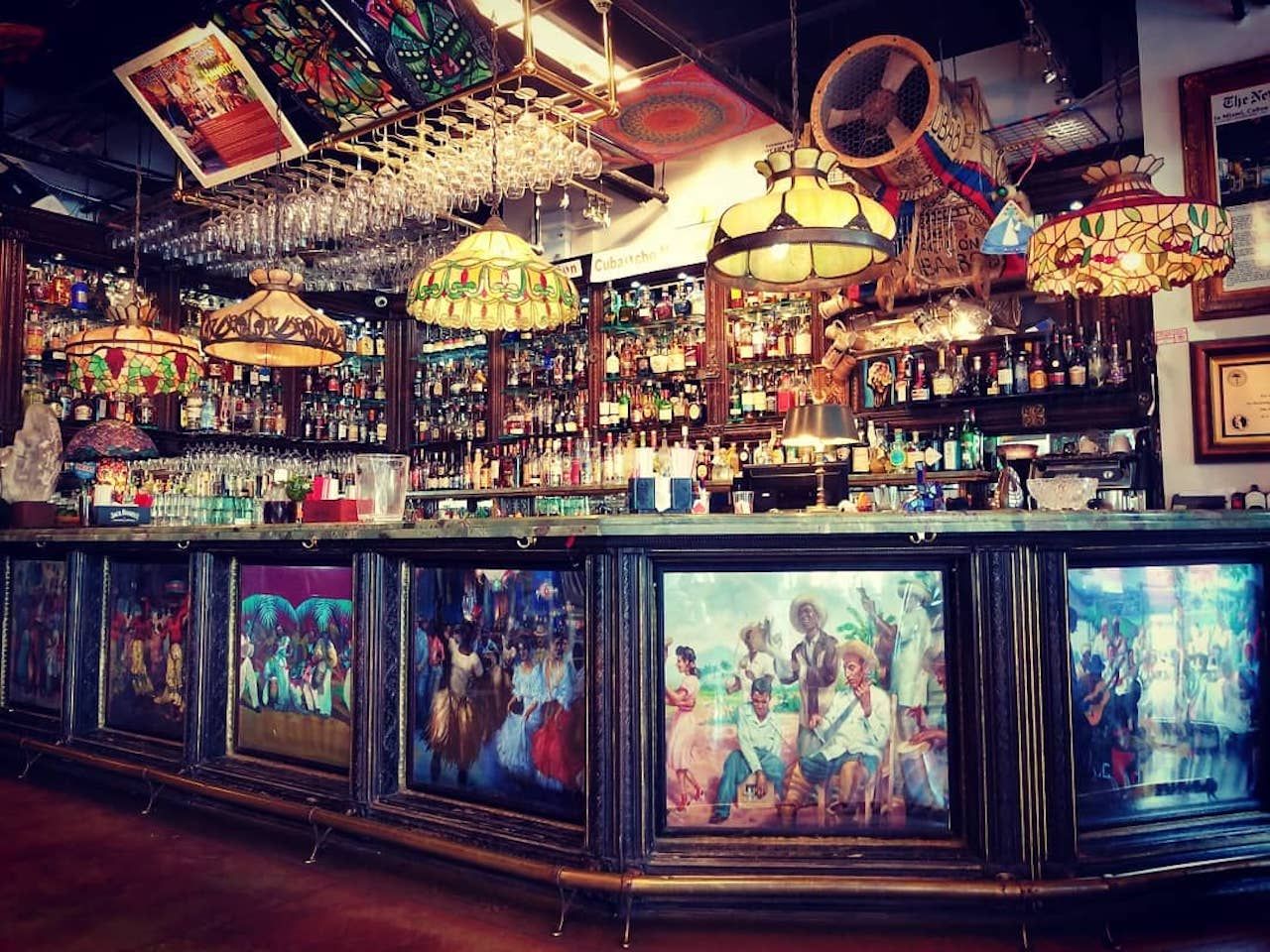 Cubaocho Museum and Cultural Arts Center — Though you don’t need to go far to immerse yourself in Cuban culture in Miami, the Cubaocho Museum is as close to being in Havana as you’ll get without crossing the water. Part art museum, part live music venue, part grand old bar, this spot has walls lined with pre-revolutionary Cuban art and live music most nights of the week. Inside you’ll find Cuban bands playing while people who still remember Cuba “the way it was” dance like they’re young again — all while bartenders sling fresh mojitos from behind a towering mahogany bar.

HistoryMiami — Learning how this dredged swamp became a global metropolis is fascinating. Take a few hours and enjoy the advent of AC by touring HistoryMiami, where recent exhibits have looked at everything from the terror of Hurricane Andrew to photo retrospectives of the seniors who made up Miami Beach in the 1970s and ‘80s. 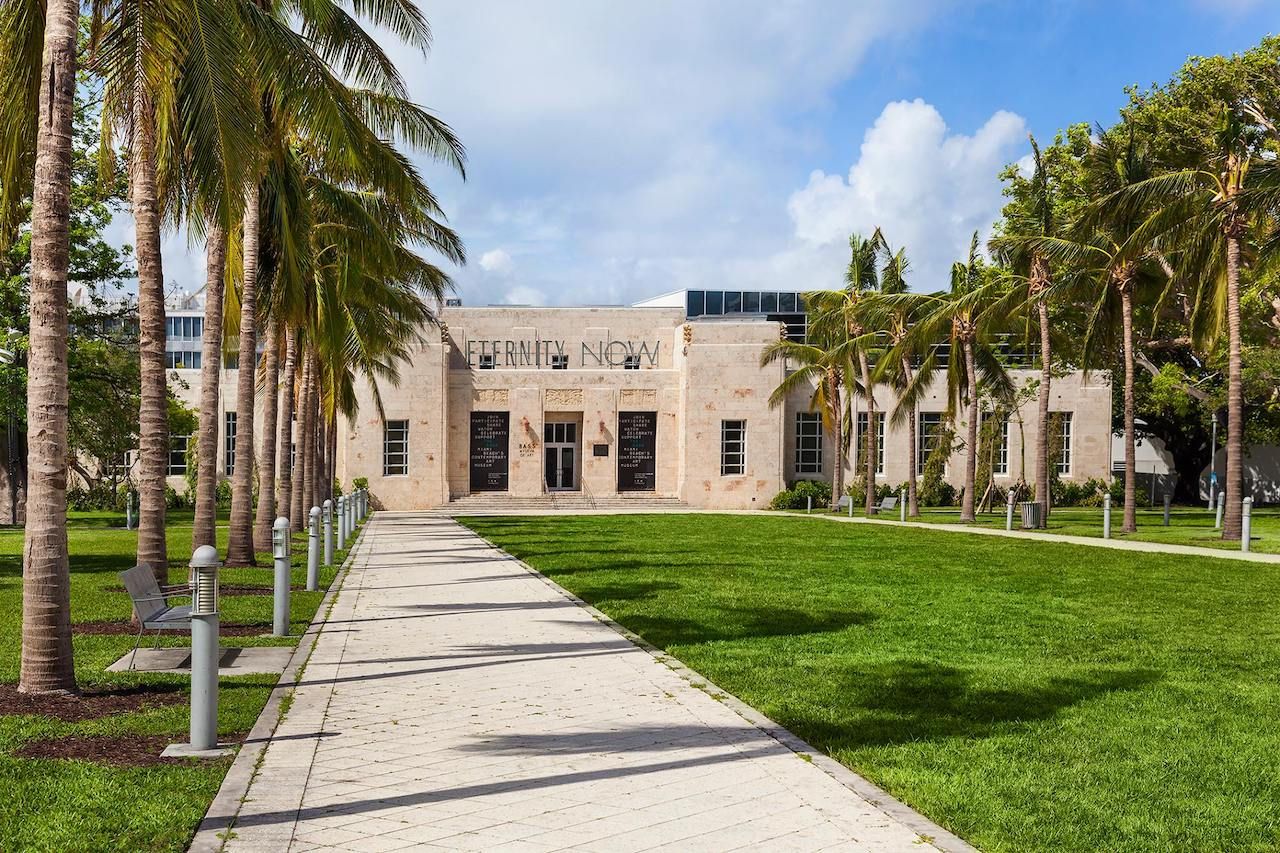 The Bass Museum— Though it’s considerably smaller than the epic Pérez Art Museum downtown, Miami Beach’s art museum in Collins Park packs more great art into a small space than almost any other in the country. This contemporary art space feels much larger than its two stories, featuring big open galleries full of installations and works from mid-career and established artists. It’s easy to tour in an hour or two, and since it’s only a couple of blocks from the beach, it’s a perfect place to cool off and get cultured after a long day in the sun. 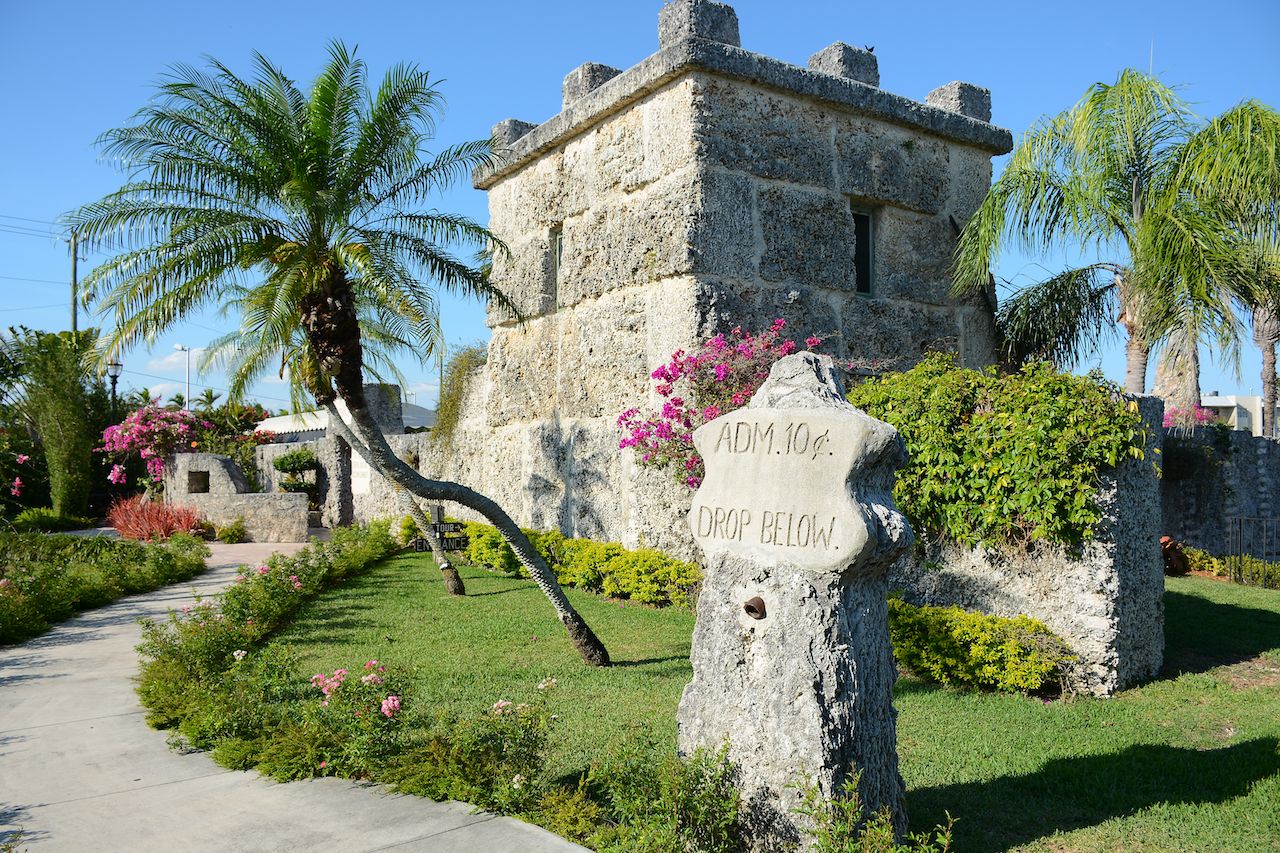 Coral Castle — Whoever penned that original listicle about the new seven wonders of the world clearly never made their way to South Florida. If they had, Coral Castle would surely have made the list. Here you’ll find 1,000 tons of limestone carved into everything — water fountains, tables, chairs, moons, and a stone swinging gate. The whole thing was allegedly built by one man, Ed Leedskalnin, who spent 28 years constructing it until he died in 1951. The “castle” has been open since 1923 as a tourist attraction, and nobody has quite figured out how Leedskalnin, who was a small person, did it all himself, making it one of the great engineering marvels of the 20th century. 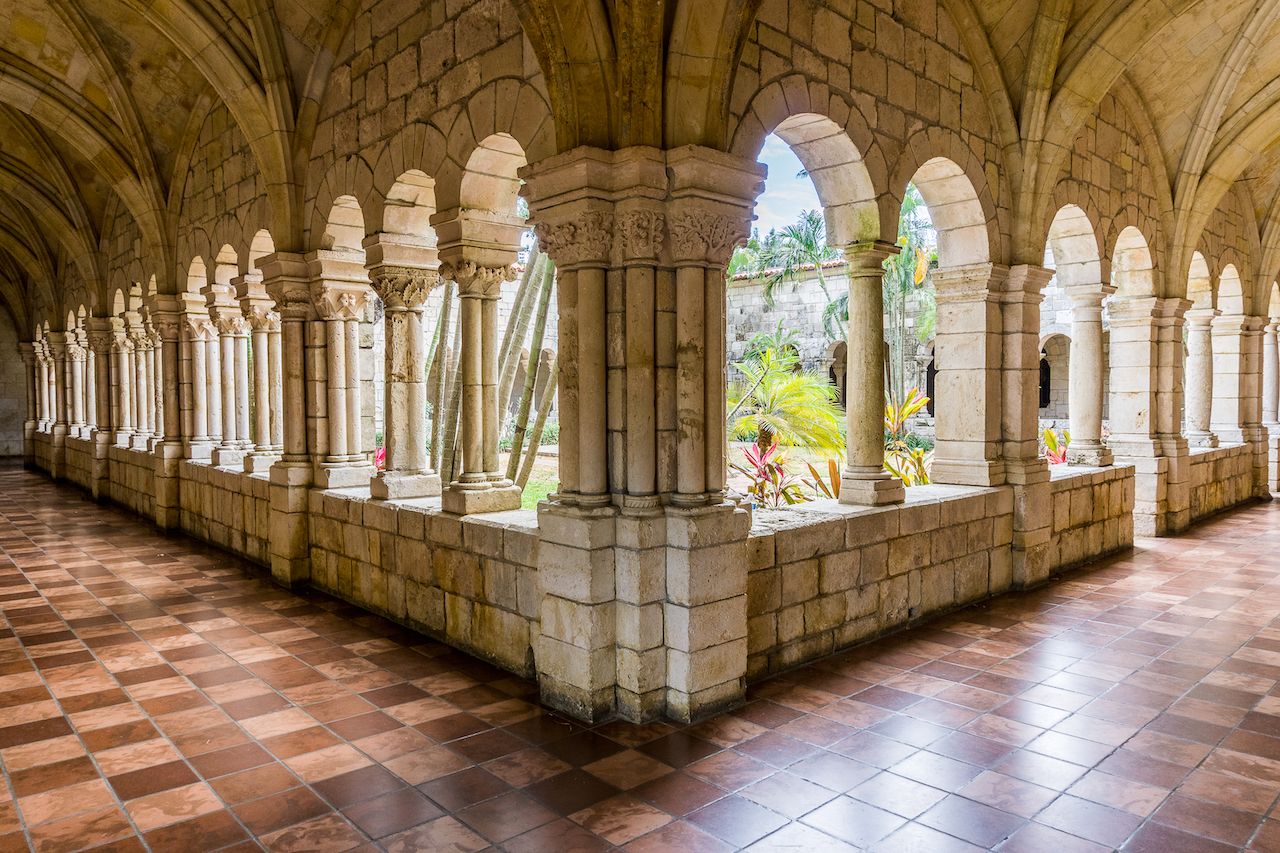 The Ancient Spanish Monastery — The story of how a 12th-century stone monastery from Segovia, Spain, ended up in South Florida is a long tale that involves William Randolph Hearst, a warehouse in Brooklyn, and 11,000 wooden crates. When it was reconstructed, Time Magazine called it the “biggest jigsaw puzzle in history” and the end result stands at 167th Street and West Dixie Highway in North Miami. The fully-rebuilt Monastery of St. Bernard de Clairvaux looks like a little slice European history dropped in the middle of Miami, and is still an operating congregation. 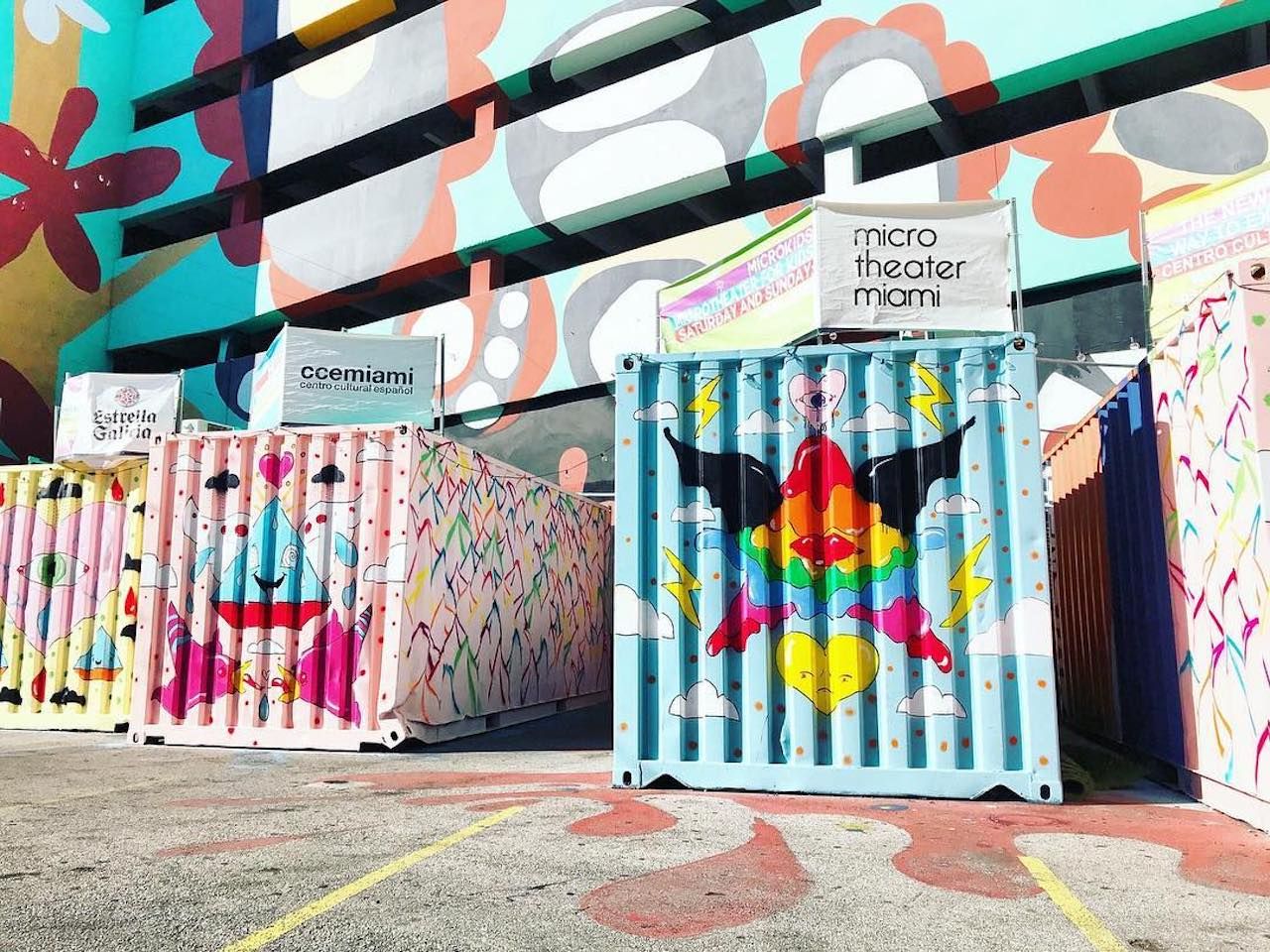 Microtheater Miami — The Spanish phenomenon of microtheatre — where a large lot filled with art-covered shipping containers hosts one-act plays as people hop from show to show — isn’t huge in America. But in Miami, if you understand enough Spanish to watch a telenovela, you can enjoy a full evening of them at the Centro Cultural Español downtown. And if you don’t speak Spanish, there are English performances about once a month. 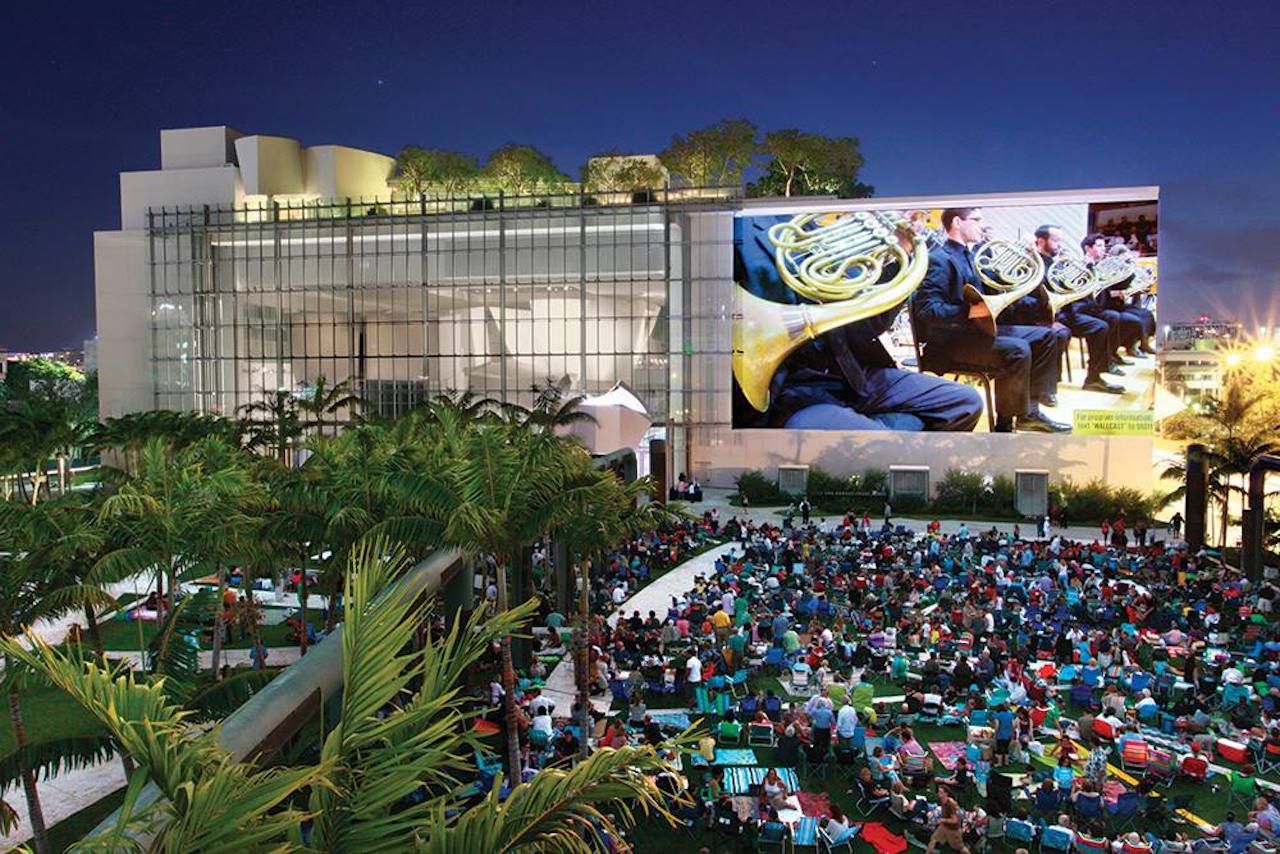 New World Symphony — Symphonies around the world are grappling with how to get younger audiences into classical music. The New World Symphony has taken a very Miami approach to the issue, doing stuff like late night performances during which the symphony plays with live DJ. It also broadcasts shows on its performance center wall several weekends a year, allowing the public to watch concerts for free in New World’s spacious front garden. The wallcasts have become a Miami Beach social event, where people bring picnics, drinks, and giant bean bag chairs.

Gesu Catholic Church — The oldest church in Miami dates back to 1896 and still stands in its original location at 118 NE Second Street downtown. It’s as close to a grand old cathedral as we get in South Florida, with stunning stained-glass windows imported from Germany. The Mediterranean revival structure that stands today dates to 1924 and underwent a 2012 restoration of its ceilings, murals, and frescoes that make it one of the most unexpectedly-artistic places in Miami.